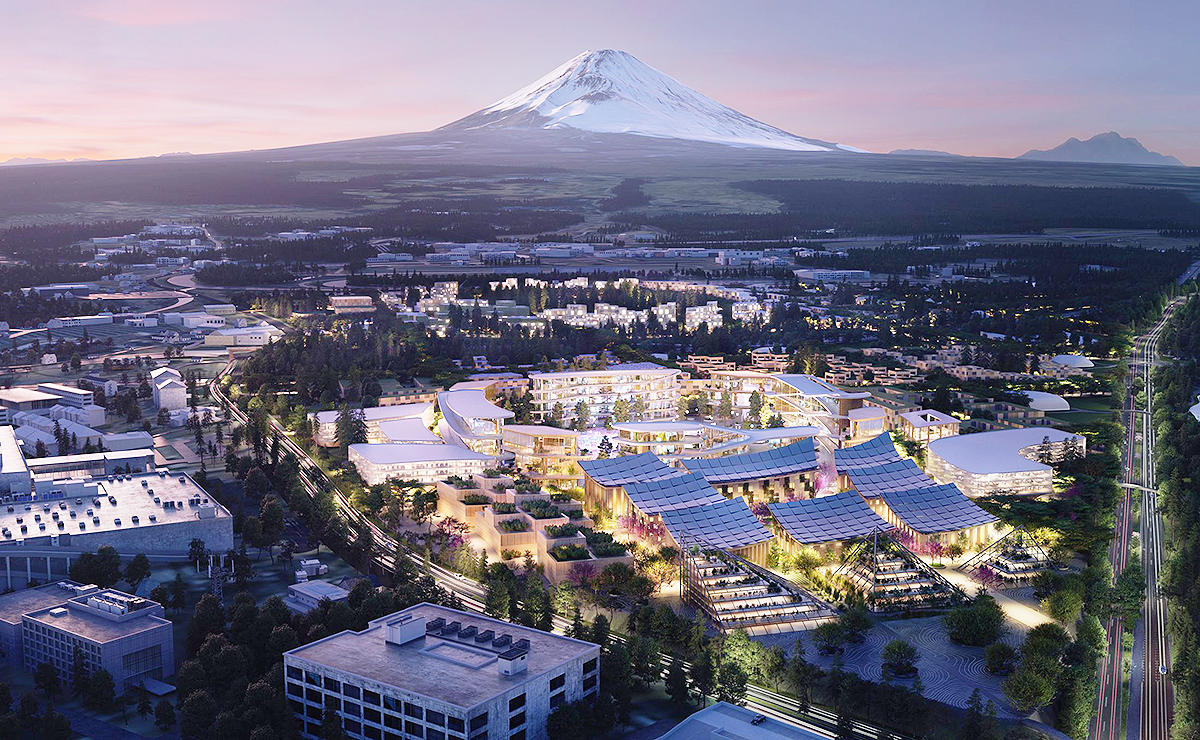 Toyota's plans for a 175-acre living technology test hub near Japan's Mount Fuji is envisioned as a space for the automaker to develop and pilot new vehicle technology, from mobility to autonomy. It'll also be home to researchers and others who will live near — and with — the technology being tested, right down to inside their homes.

But all of that innovation is going to create data. And with worldwide concerns mounting over data privacy and cybersecurity threats, what does Toyota plan to do with all that information? And will residents of the community Toyota is calling Woven City be willing to share it?

"We're hopeful that the participants that are partners, that are the residents that move into this, will help us determine what data is meaningful," Zack Hicks, Toyota's executive vice president and chief digital officer, who also leads the automaker's mobility division, told reporters Monday after the company's press conference announcing Woven City.

"How can we just leverage that data in a more meaningful way to give somebody a contextual experience, anticipate what they want before they've asked for it? To get somebody medical help if they need it?"

That would mean being clear with residents about how their data is used, what information is being captured and who gets to see it — and letting people opt in or out based on the types of services they want, Hicks added.

That could be emergency medical care, for instance, or a convenience trip to restock the refrigerator when it's sensed food is running low.

Ryder experiments with drone monitoring Ryder is experimenting with drone inventory monitoring on the supply chains it manages. The Miami-based logistics company, which provides third-party supply chain management to automakers and others, is using the drones to fly through parts warehouses, visually inspecting inventories and compiling the data into status reports. So far, the experiment has one major challenge: "Battery life," reports Gary Allen, Ryder's vice president for supply chain excellence. "The drone batteries only last 20 minutes. It's a good tool, but we need more range than that."
— Lindsay Chappell

Audi unveils big concepts Audi revealed two larger technology concepts at CES on Tuesday, including the automaker's 3D mixed-reality head-up display and the Audi Intelligent Experience. The Audi Intelligent Experience is the automaker's concept for how its customers can experience and interact with cars of the future, Ivo Muth, vice president of user interface and user experience for series production cars for Audi, told reporters. The concept considers how the use of sensors and other technologies such as artificial intelligence can create a personalized driving, sensory and safety experience for drivers based on learning their preferences and behaviors in the vehicle.
— Alexa St. John

VW to open California self-driving research center Volkswagen says it's opening a North American center of excellence for autonomous vehicle r&d under a new subsidiary, Volkswagen Autonomy Inc. The wholly-owned unit will work with Argo AI's software to develop Level 4 automated driving systems for customers, starting with VW's commercial vehicle brands around 2025. The subsidiary has about 40 employees, said VW Autonomy CEO Alex Hitzinger, with aims to grow to 200, mostly in Germany and Silicon Valley. Establishing the separate unit gives him more flexibility in how to structure compensation to attract the best talent, he said Wednesday in Las Vegas.
— Jamie Butters

Nissan unleashes its e-4ORCE Nissan revealed a twin-motor, all-electric, all-wheel-drive system at CES . The technology is expected to debut in Nissan's first electric crossover, which could arrive in the U.S. in 2021. The system, dubbed e-4ORCE, delivers high torque, precision handling and stability, Nissan said. It achieves this by optimizing power delivery to each of the four wheels.
— Urvaksh Karkaria

Heard on the show floor "We're here to help our members monitor all the technological change that's coming at them. Many of them are still hedging their bets on which technologies or which partners to work with. It's still hard to know for sure. There's a lot of window shopping that goes on here." -- Bill Long, CEO, Motor and Equipment Manufacturers Association of Washington D.C., which represents more than 1,000 companies in the auto sector
— Lindsay Chappell

Precision GPS technology Hyundai Motor Group, supplier Valeo and the Positioning Intelligence Division of Hexagon are presenting a new technology capable of pinpointing a vehicle's location while on the road with centimeter-level accuracy. They will showcase the High-Precision Positioning system in a Hyundai Sonata at CES.
— Leslie J. Allen

Bertrandt tech platform German company Bertrandt has traditionally focused on providing engineering consulting to its global partners. But at CES this week, Bertrandt's HARRI autonomous, connected and electric vehicle technology platform made its world premiere to demonstrate a range of the company's future mobility concepts. HARRI combines Bertrandt's automotive hardware and software offerings into one comprehensive platform. It uses intelligent charging infrastructure and integrates a charging app, onboard energy management, smart charging, AI-based environment and object detection, sensor data fusion, trajectory planning, cloud-to-cloud communication, an integrated cloud voice assistant service and more. "This enables Bertrandt to develop a complete vehicle for its customers entirely by itself, not just parts of it," Hans-Gerd Claus, a member of the board of engineering at Bertrandt, said in a statement.
— Alexa St. John

Ford announced it will become Agility Robotics' first customer, ordering a pair of two-legged robots after months testing them in a package delivery service.

Amazon, Intel, Qualcomm and BlackBerry are at the Las Vegas conference this week to pitch data-crunching services and partnerships to an auto industry searching for new revenue streams and business models, Bloomberg reports.

Goodyear has launched a venture capital fund, Goodyear Ventures, with $100 million targeted for new investments in future mobility, including electric and autonomous technologies, over the next 10 years.

Self-driving cars employ lidar, a remote sensing technology using pulsed laser light the way radar uses radio waves, and lidar makers waiting for the automotive market to take off are courting new customers who would use the technology for everything from monitoring cattle to helping a disc jockey synchronize dance music.

Reuters reports that Ouster, a San Francisco tech startup, is tapping new markets including delivery robots, disaster relief and even an approach from the disc jockey. Another Bay area startup, AEye, is talking to a bank that wants to monitor cattle growth to ensure the financial health of a rancher who is a loan customer. Alternative uses and customers are needed to keep revenue flowing at lidar startups waiting for the expected boom in self-driving cars, which still looks to be years away.

"We never took an exclusively automotive view of lidar," said Angus Pacala, Ouster chief executive and co-founder. "We always expected to be operating in many different markets."