The dilemma of lukewarm interest in EVs, AVs 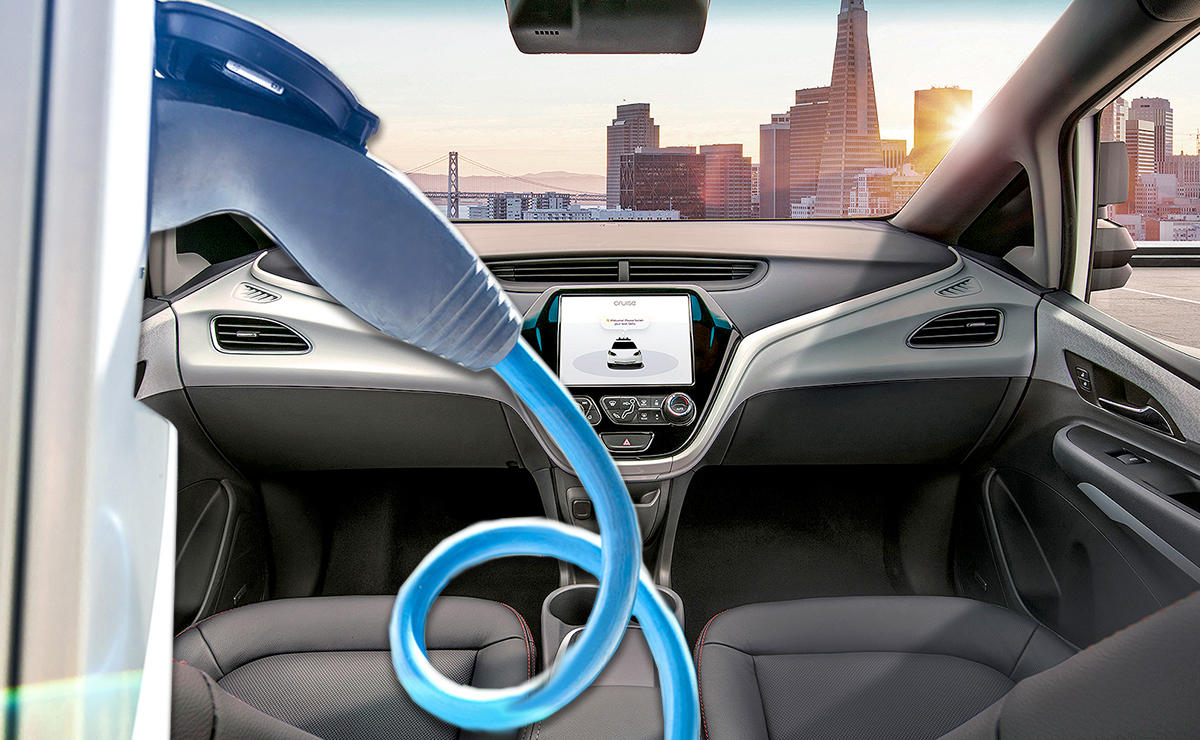 Automakers are investing billions of dollars in electrification and autonomy, two areas in which consumers are showing middling interest.

A new study from Deloitte, released at CES, underscores the ambivalence car buyers are feeling toward autonomous and electric cars, and shows that the amount they are willing to pay for these powertrains and features may be less than what automakers think.

Fifty-eight percent of U.S. consumers told the global consulting firm they are not willing to pay more than $500 for autonomous-vehicle technology. Perhaps worse for companies developing AVs, which often use the promise of safer roads as a compelling marketing tool, 48 percent of consumers believe self-driving vehicles will be unsafe.

The survey was conducted for Deloitte's 2020 Global Automotive Consumer Study. Just more than half — 51 percent — of the respondents are concerned by the idea of autonomous vehicles being tested in areas near where they live.

"Underlying these massive r&d investments is the assumption that consumers will actually pay for advanced vehicle technologies when they appear on the market," said Joe Vitale, global automotive sector leader for Deloitte. "As consumer skepticism gains momentum, automakers should rationalize returns on invested capital to remain profitable as consumers' desires to purchase new technologies continue to wane."

The results are more encouraging for electric vehicles. Forty-one percent of U.S. consumers say they are actively considering a hybrid-electric or battery-electric vehicle for their next purchase. That's up from 29 percent only last year.

But there's a disconnect. Even though the average vehicle owner travels only about 27 miles per day, according to the Deloitte study, 41 percent also believe that full battery-electric vehicles should have a range of at least 300 miles. In the meantime, there are still concerns over charging infrastructure and how the widespread rollout of chargers will be funded.

"The automotive ecosystem still has some work to do in terms of making EVs as easy and convenient as internal combustion engines, lowering the cost of EVs and figuring out just who will build and pay for the charging infrastructure," said Craig Giffi, vice chairman of Deloitte Insights.

Such warnings aren't necessarily new or surprising. But at the outset of a new decade, they reinforce the uncertainty that lies ahead.

Lamborghini adds Alexa to infotainment system Amazon's Alexa has entered the exotic-vehicle realm. Automobili Lamborghini and Amazon said Monday at CES that the Huracan EVO supercar will get Alexa integration this year, the first vehicle from the Italian exotic brand to do so. As part of the Huracan freshening last year, the two-seater received a new 8.4-inch touch screen infotainment system, which Lamborghini refers to as its human-machine interface. Now with Alexa integration, Lamborghini says, drivers will be able to control the vehicle's climate controls, interior lighting and seat heating with voice commands, among other functions, through the system.
- Jack Walsworth

China's Byton shows production M-Byte Two years after its initial concept was shown at CES, Byton showed off its final production version of the M-Byte electric crossover on Sunday and announced its first major partnerships as an auto manufacturer. Byton plans to launch the vehicle in China this year and recently tapped veteran engineers from Ford and Renault to prepare for its production. PHOTO: BLOOMBERG
- Alexa St. John

Unnamed Asian automaker to use ZF's driver-assist module ZF Group will supply a major Asian automaker with an advanced Level 2 module for a vehicle going into production this year, CEO Wolf-Henning Scheider said Monday. The system will provide adaptive cruise control, lane-keeping assist and traffic-jam management and cost less than $1,000, he said. Scheider declined to name the automaker, which will initially offer the vehicle only in Asia.
- Jamie Butters

Mitsubishi joins Otonomo platform Mitsubishi Motors Corp. has signed on to Israeli startup Otonomo's car-data marketplace as Japanese automakers race to make up ground on U.S. and European rivals to provide in-vehicle connected services. Mitsubishi will get access to a network of about 100 retailers, insurers and others who will pay for the data and provide revenue-generating services such as parking apps, on-demand car washing and subscription-based refueling. The initiative will roll out this year in the United States and Europe, with Japan following later, the companies said. They did not disclose the financial terms of the deal.

Fisker: 'World's most sustainable vehicle' Electric automaker Fisker debuted its Ocean crossover at CES and appears to have priced it to move. The Ocean starts at $37,499 before shipping and before federal and state tax credits available to EV buyers. The crossover, which can also be leased for $379 a month, is powered by an 80-kWh lithium ion battery pack and has an expected range of up to 300 miles. Production should begin at the end of 2021 with initial deliveries in 2022. Fisker described the Ocean as "the world's most sustainable vehicle," noting interior materials will be made from recycled, abandoned fishing nets and plastics from the ocean. An optional full-length solar roof, the automaker said, will deliver more than 1,000 miles of range a year. The Ocean is built on a new platform, which will underpin two additional Fisker models.
- Urvaksh Karkaria

Pacifica robotaxis for Asia Self-driving startup AutoX says it has partnered with Fiat Chrysler Automobiles to develop autonomous Pacifica minivans that can be deployed in robotaxi fleets across Asia. A fleet equipped with the vehicles should be ready for public service in China in "early 2020," according to AutoX. Passengers can hail one of the autonomous taxis using the WeChat app that's popular in the country. AutoX has been granted autonomous driving permits in Shanghai, Guangzhou and Shenzhen, three of the largest cities in China. The company, backed by e-commerce titan Alibaba, has fashioned itself as something of a Waymo imitator. Executives note the Pacifica is the same vehicle Waymo, the Google subsidiary, currently uses for the bulk of its autonomous operations. In its announcement, AutoX noted its robotaxis are essentially the same as Waymo's, but specially designed for the Asian market. AutoX may have similar ambitions in the United States. In December, the company applied for a permit in California that would allow it to test self-driving cars without a human safety driver in the vehicle. The only such permit granted so far belongs to Waymo.
- Pete Bigelow

Electrification hits 'inflection point' The 2020s are the electric (vehicle) decade. That's the prediction from Steve Koenig, vice president of research for the Consumer Technology Association, who kicked off this year's CES show Sunday by previewing the tech trends on display. The automotive industry already is being transformed by the development of self-driving fleets, vehicle communications systems and multimodal transportation platforms that aim to solve the first- and last-mile problems felt acutely in cities. But electrification, in particular, has hit an "inflection point" with the development of better batteries that can deliver longer range, as well as an expanding charging infrastructure, Koenig said. All of that together makes this "the electric decade for vehicles," he added, "make no mistake."
- Lindsay VanHulle

The Trump administration is sending a big contingent of senior officials to CES as the tech industry faces increased scrutiny in Washington, Reuters reports.

CES is becoming the venue of choice for automakers to prove to consumers and each other that they are embracing the future of mobility.

BlackBerry QNX and Renovo collaborate on a data management platform.

Advanced driver-assistance systems and AV technology will still be big topics for suppliers at CES this week. Also atop the agenda: technologies designed to take advantage of new 5G high-speed wireless networks and next-generation connectivity.

Gary Shapiro, CEO of the Consumer Technology Association, talks about CES 2020, autonomous-vehicle trends, and the transformation of CES into a near-auto show in a Q&A with Automotive News.

A taste of auto technologies — some practical, some a little more out there — introduced or spotlighted at CES over the years.

For more than a decade, automotive CEOs have been part of the exclusive club of CES keynote speakers. Here are some highlights.