The Land Rover Defender’s official debut took place at the 2019 Los Angeles Auto Show, and it has been making the rounds on Instagram ever since.

At least three years and about $1 billion. That’s roughly what it takes to make a new vehicle, from drafting table to dealerships.

Car companies live and die by that long-range gamble — but every once in a while, the bet coincides with an economic disaster. The coronavirus pandemic and its attendant recession may be the worst time to launch a car since, well, since we’ve had cars. Selling a Model A was a tough task during the Great Depression, but at least dealerships were open and some assembly lines still humming.

The global auto industry of 2020 is witnessing an unprecedented, near-instantaneous drop in demand as potential customers steer clear of car lots, and dealers close up shop to comply with public health mandates. Volkswagen, Honda, Hyundai, and Mazda each reported a more than 40 percent decline in U.S. sales last month. For the year, S&P expects global auto sales to plummet almost 15 percent.

For sales of the most anticipated cars of 2020, the timing couldn’t be worse. In a normal economy, the first few months for any shiny new machine are relative magic. Overeager customers clamor for the fanciest, most profitable versions, and dealers seldom have to offer discounts or incentives. Now, every sale (done online or over the phone) will be considered a coup.

What’s more, the newest machines aren’t just grocery getters — they’re the result of product decisions made during one of the industry’s hottest streaks — the fruits of bull market research and development. Many are bold bids for incremental business, niche cars that might not have received a green light in a shakier economy. Among them are a few futuristic electric vehicles, which suddenly must contend with some of the lowest gas prices on record. Others are six-figure speed machines that were banking on Wall Street bonuses and swelling stock markets, neither of which seem likely in 2020.

What follows are some of most needle-moving whips rolled out in years — all for a pre-coronavirus world. With would-be buyers now focused on the grave crisis at hand, this is less a preview of automaker glory than a wistful look at what might have been.

The much-anticipated new Land Rover Defender launches this year with the historic brand’s manufacturing sites shuttered. While the vehicle’s release remains on schedule, the first media test drives planned for April were predictably canceled. The good news for the British automaker though is that the off-road rig, a stalwart of British royalty for four decades, got a fair amount of publicity last year: The Defender’s official debut took place at the 2019 Los Angeles Auto Show, and it has been making the rounds on Instagram ever since.

Along with the Defender, the reborn Ford Bronco is one of the most hyped vehicles in years. In 1996, Ford parked the Bronco name (which dates back to the mid-1960s) after O.J. Simpson provided the worst kind of publicity. In subsequent years, the seminal SUV became a design icon and collector’s item as Jeep took over ownership of the off-road adventure market. We were supposed to see the new Bronco on April 2, but its debut has been delayed.

In North America alone, the pandemic is destroying $12 billion in potential sales each week while scrapping 331,000 vehicles that would otherwise have come off of assembly lines, according to Bloomberg Intelligence. Still, U.S. automakers like Ford hope the second half of 2020 will allow them to make up some lost ground.

Crosstown rival Chevrolet has turned to Trailblazer, a nameplate that’s been defunct in the U.S. since 2009, to carry its newest, small, crossover SUV. With an optional three-cylinder engine and a sticker price below $20,000, the little rig is aimed at young, outdoorsy folk. Chevrolet, however, already has three smallish SUVs to sell. Moreover, Kia is aiming for the just-right-size SUV market with its new Seltos, another middle child in a big family. The Seltos began selling in the U.S. in February, before the coronavirus shutdowns began in earnest. For now, the machine is coming from factories in Korea, which are still running.

Aston Martin’s make-or-break DBX, another latecomer to the luxury SUV game, is the first of its kind from the 107-year-old brand. The automaker first showed the 542-horsepower DBX at the L.A. Auto Show in November 2019; media drives were planned for May. Those have been postponed and production at all the company’s manufacturing sites halted.

Meanwhile, Aston Martin doesn’t have enough working capital and still desperately needs the SUV to deliver drivers. The global crisis and its effect on demand may leave the company in a very bad place. Spokesman Nathan Hoyt says the vehicle’s U.S. launch remains on track for the second half of the year.

In the more opulent tier, the upcoming Mercedes Maybach GLS 600 SUV will compete against Bentley’s Bentayga and Rolls-Royce’s Cullinan. It has a V8 engine that churns out 550 horsepower and 538 pound-feet of torque, plus a 48-volt “EQ Boost” system that helps smooth out all that power. The machine was scheduled to go on sale in the U.S. in the second half of this year. But with Mercedes manufacturing at a standstill, it’s too early to say if that will remain the case, says a Mercedes representative.

When it comes to futuristic electric vehicles designed for an $80-a-barrel world, Tesla products remain at the forefront, though the company has remained tightlipped about timing, given current events. The all-electric flatbed Cybertruck that almost broke the internet when it debuted last year is one hanging in the balance. The Blade Runner-style vehicle boasts driving range estimates of up to 500 miles and a zero-to-60 mph sprint of 2.9 seconds. Production is tentatively slated to begin in 2021, and Tesla is already taking deposits, but all this could change. Though initially unwilling, Elon Musk eventually shut down his California factories last month.

That shutdown also applies to Tesla’s Model Y, a compact electric SUV the company started delivering to customers in March, but has yet to be seen in the wild in significant numbers.

Rivian Motors set out to do for SUVs and trucks what Tesla had done for electric sedans. It promises its R1S will be able to travel 400 miles on a single charge, drive through three feet of water and zip up to 60 mph in three seconds, all with Costco-capable cargo space. Rivian was planning to deliver its first SUV late this year; at the moment, its facilities are shuttered, including the former Mitsubishi plant in central Illinois, where it was mapping out assembly lines.

Ford has also been hustling to finish its Mustang Mach-E, an all-new, all-electric vehicle whose November debut won broad praise for checking three critical boxes: good looks, long range, and performance specs that best gas-powered pony cars. Now, dozens of early versions are cycling among the homes of Ford engineers, who disinfect each before continuing work. Pre-coronavirus, Ford said that the number of deposits for the machine was sizable, with a greater-than-expected share from drivers who had never owned a Ford.

An additional electric offering has experienced unlikely progress: Against all odds, the fastback Polestar 2, Polestar’s second vehicle and first all-electric car, started production on March 23 at Zhejiang Geely Holding’s plant in Luqiao, China. First unveiled in February 2019 as a fierce potential rival to Tesla, the Polestar 2 produces 408 horsepower and 487 pound-feet of torque, with an estimated range of 292 miles. It remains unclear, though, how many units will be produced or when deliveries might begin.

Last month, BMW “e-revealed” the BMW i4 Concept, which had been slated to premier at the since-canceled Geneva Auto Show. The company has yet to show the production version, but it’s expected to be an all-electric sedan that uses an 80-kilowatt-hour battery to get 530 horsepower and 372 miles of driving range. Despite the current closure of BMW production plants, the i4 is expected to start selling toward the end of 2021. Says spokesman Thomas Plucinsky: “We don’t anticipate any delays.”

Hubertus Troska, head of Daimler's China operations, introduced the Mercedes-Maybach GLS SUV ahead of the Guangzhou auto show in Guangzhou, China on Nov. 21, 2019.

Spurred by a heady stock market, super expensive, super fast sports cars were enjoying a moment until March arrived. Porsche had big plans to roll out the 640-horsepower, muscle-y 911 Turbo S version of its franchise machine with group media drives. Instead, the company delivered the 640-horsepower machines one by one via fleet drivers prepped on disinfection and social distancing. Porsche’s German manufacturing plants in Zuffenhausen and Leipzig have been silent since March 21, and Porsche Experience Centers in L.A. and Atlanta, where the Porsche-curious take test drives and track lessons, sit empty.

The $225,000 Ferrari Roma super car debuted in November in, of course, Rome. But a total Ferrari production halt on March 14 included production of the 611-horsepower, V8 Roma, which was supposed to roll into dealerships toward the end of the year. Ferrari hopes to eventually make up for the lost production with additional shifts. “No material impacts on deliveries and waiting list are foreseen at the moment,” a spokesperson says.

Over in England, the $1.7 million McLaren Elva super car packs a punch: 804 horsepower on a V8 engine and rear-wheel drive. It’ll do zero to 124 mph in just 6.7 seconds, which makes it faster than its sibling, the track-suited Senna. McLaren had planned to build just 399 of them, each one customized through the company’s special-ops MSO division and delivered at the end of 2020.

“We will continue with all possible design and engineering activities that we can at this stage,” says Roger Ormisher, vice president of communications at McLaren. The carmaker will “then finalize physical development once staff are back at MTC, with the plan to deliver Elva into production as close as we can to Q4 2020.”

Finally, Lotus is trying to piece together its first new vehicle in more than a decade. The machine, dubbed Evija, is stunning — and costs $2.1 million.

Shaped like a spaceship with trimmed sides and massive wheels, it boasts nearly 2,000 horsepower generated from four electric motors, as well as a 0-to-60 mph sprint of fewer than three seconds. Only 130 will be built by the legendary U.K. automaker. As for when they will be built, that will be determined later. Production has halted at Lotus’s Norwich headquarters while engineers continue tweaking designs from home.

“The vehicle development process is as it was — just not in the offices,” says Rob Borrett, a company spokesman. Super car architects, it turns out, are just like the rest of us. They Zoom. 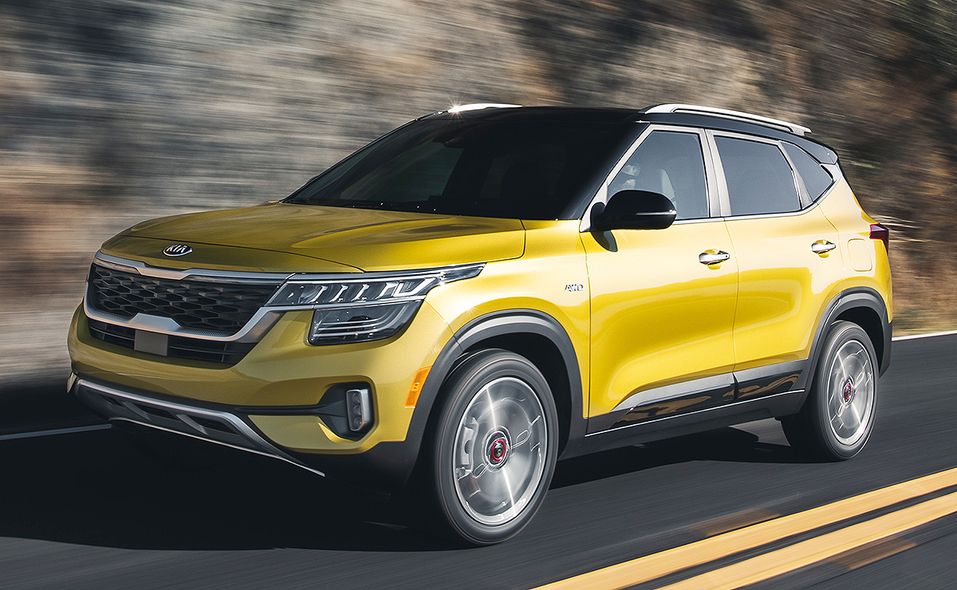 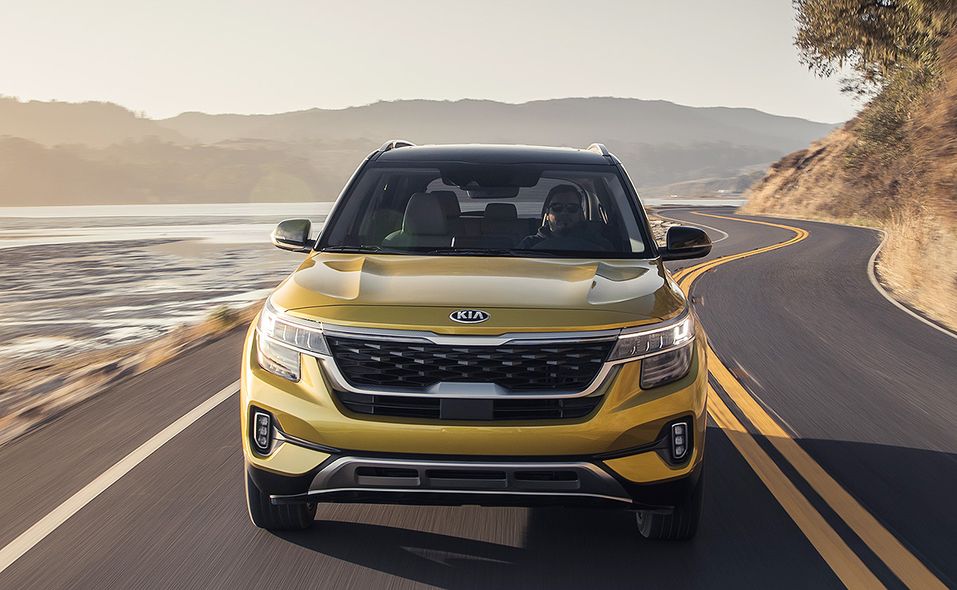 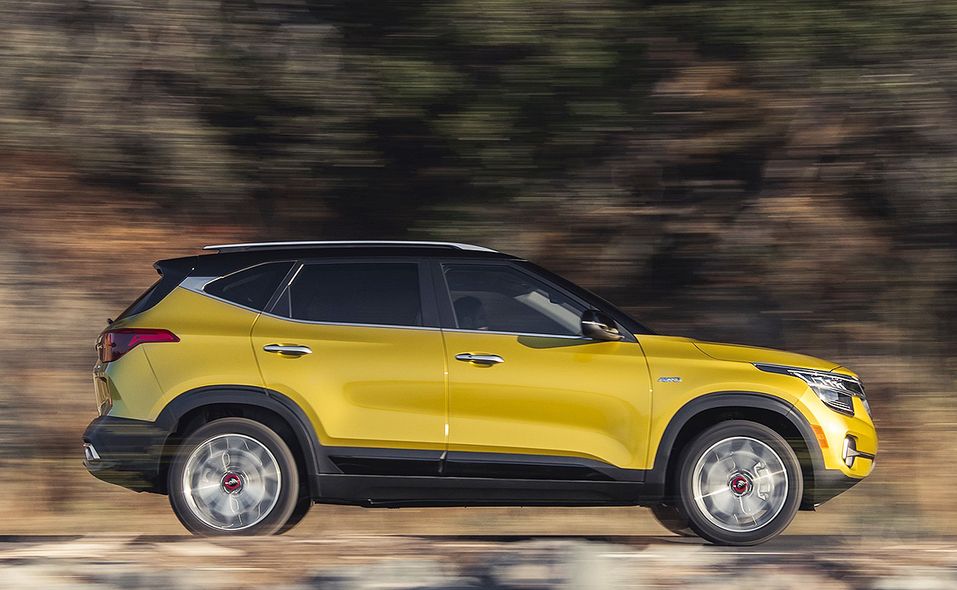 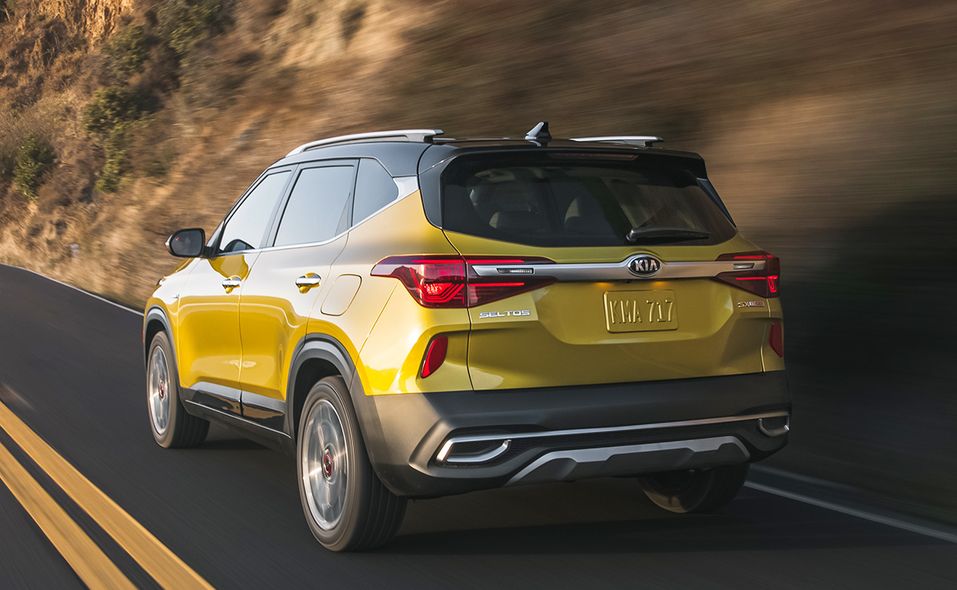 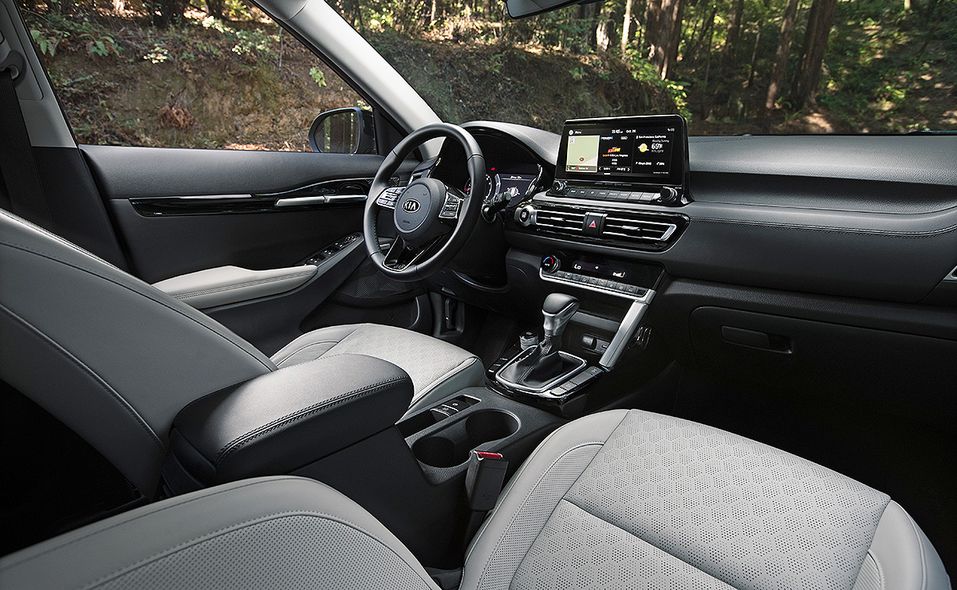 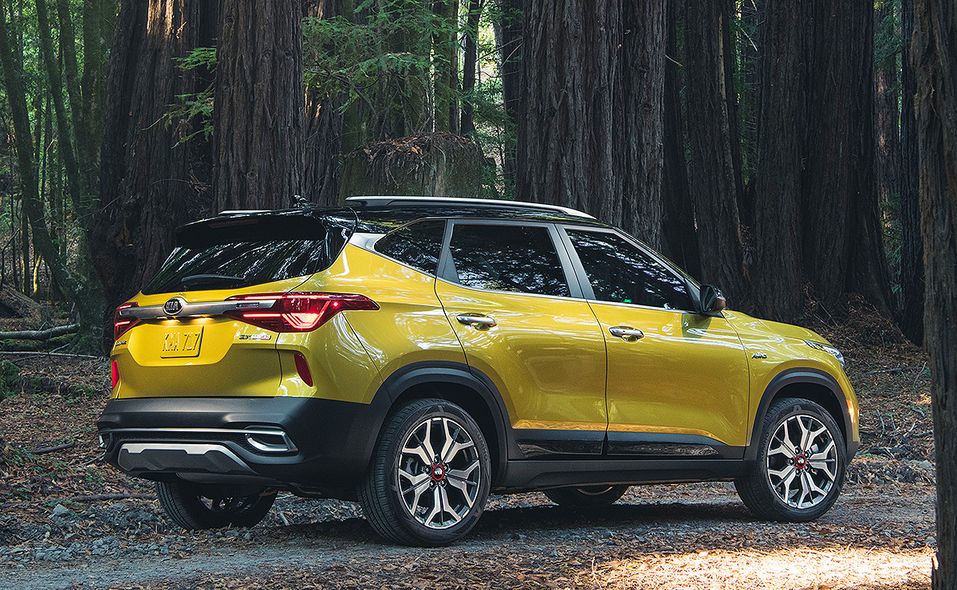 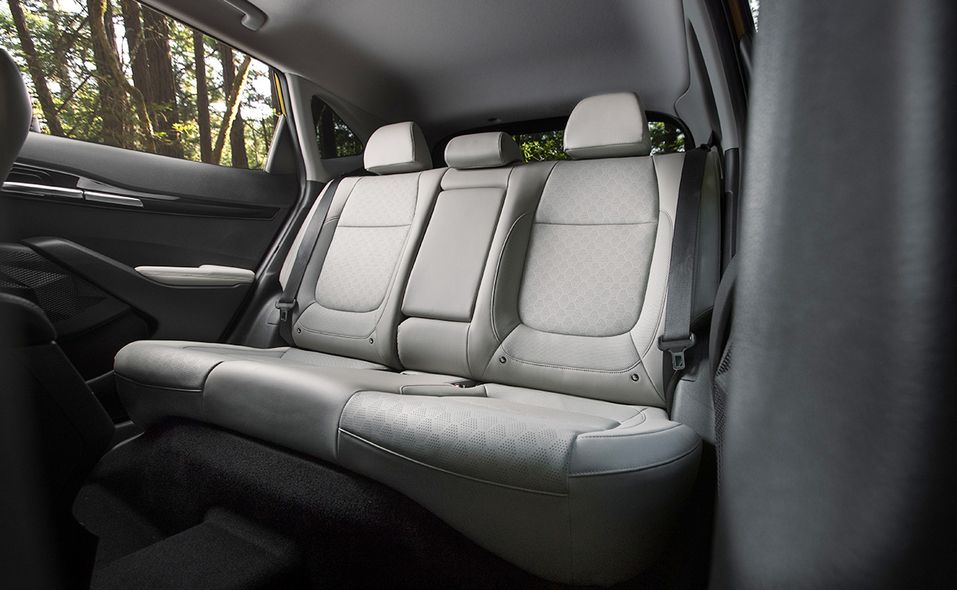 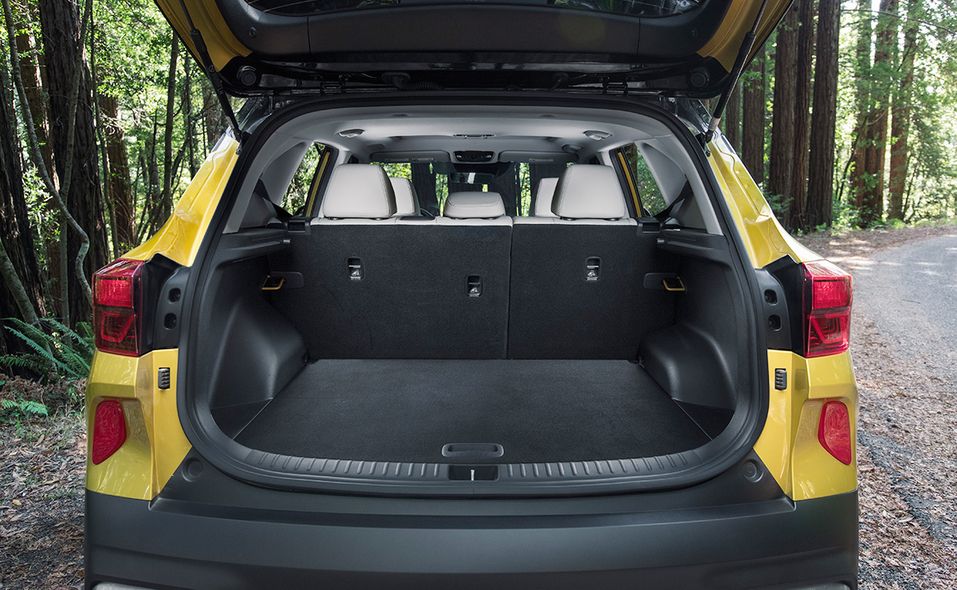