LAS VEGAS — In the spirit of SEMA and motorsports, what's a little competition among friends?

At this year's Specialty Equipment Market Association show, Toyota is celebrating 40 years of Toyota Racing Development as well as the return of the Supra sport coupe, which debuted at the Detroit auto show this year.

During a news conference here, Ed Laukes, group vice president of Toyota Division marketing, and NBC Sports NASCAR analyst Rutledge Wood staged a "GRudge Match," a competition in which they presented their dream-car version of the GR Supra.

First to be unveiled was Rutledge's GR Supra HyperBoost Edition. Built by Rick Leos of Lucky Leos 17 Motorsports, the gray coupe with red wheels sports a custom turbo kit that kicks out 750-plus hp and features a 20-piece carbon-fiber wide-body kit.

Then Laukes took the wraps off the GR Supra Heritage Edition, a bright-red tribute to the MKIV Supra from the late 1990s. Built by Marty Schwerter of Motorsports Technical Center, the 500-hp car melds retro and modern design elements.

When put to a vote among the crowd, Laukes' entry was the overwhelming winner, but Laukes and Rutledge will put the question out to social media all week.

The two models were just some of the GR Supra variants shown at SEMA:

"TRD continues to push the limits of what a Toyota can do," said Laukes. 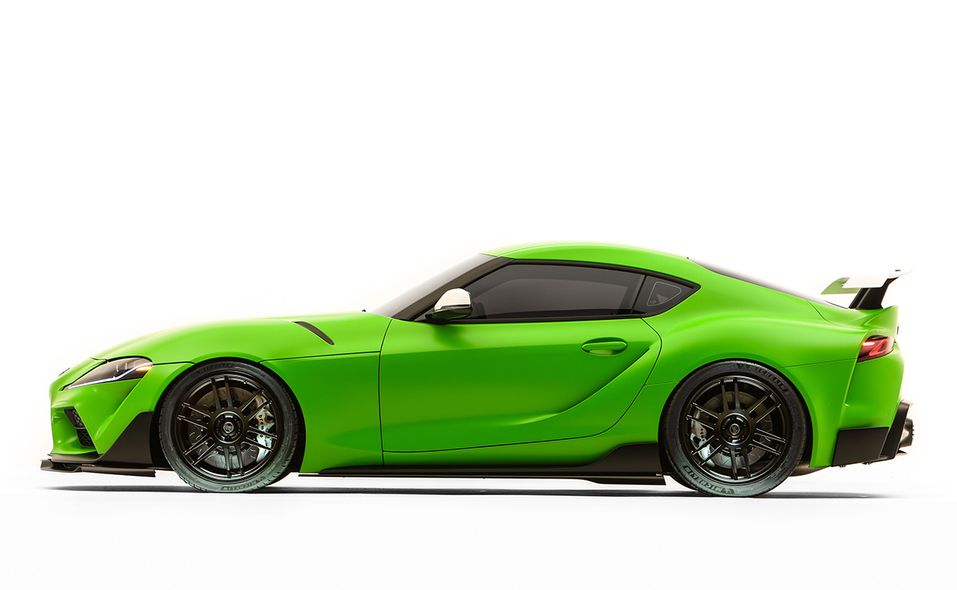 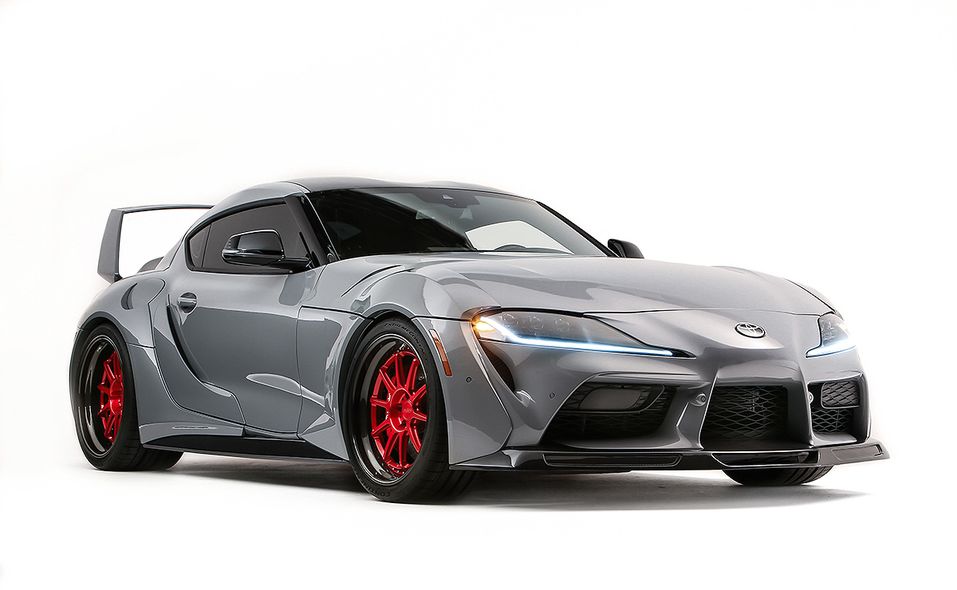 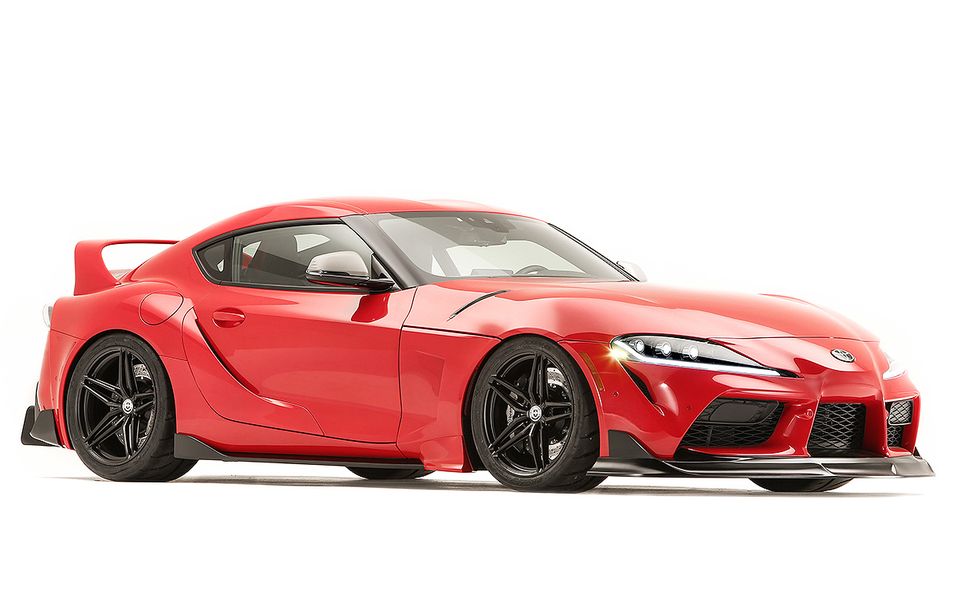 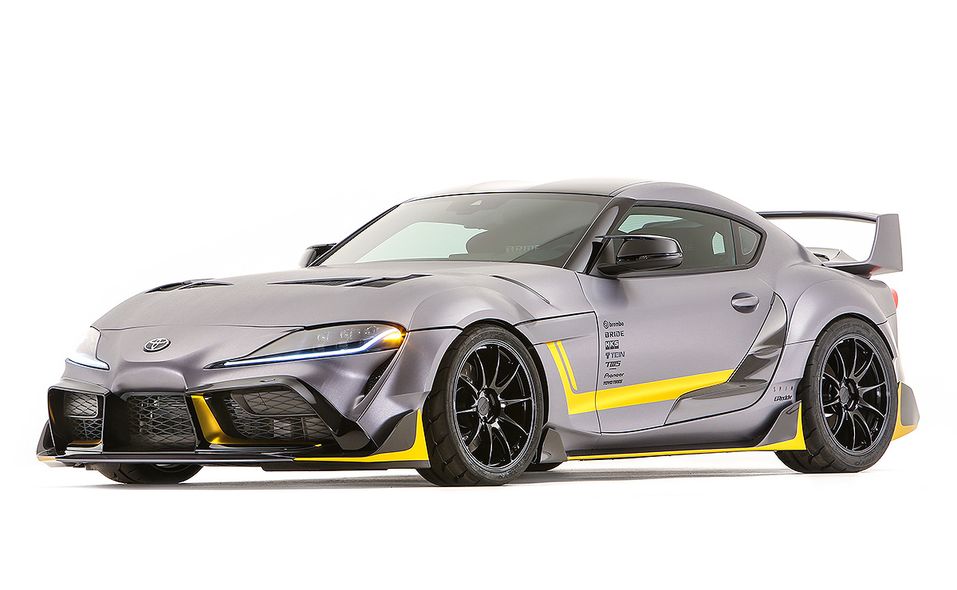 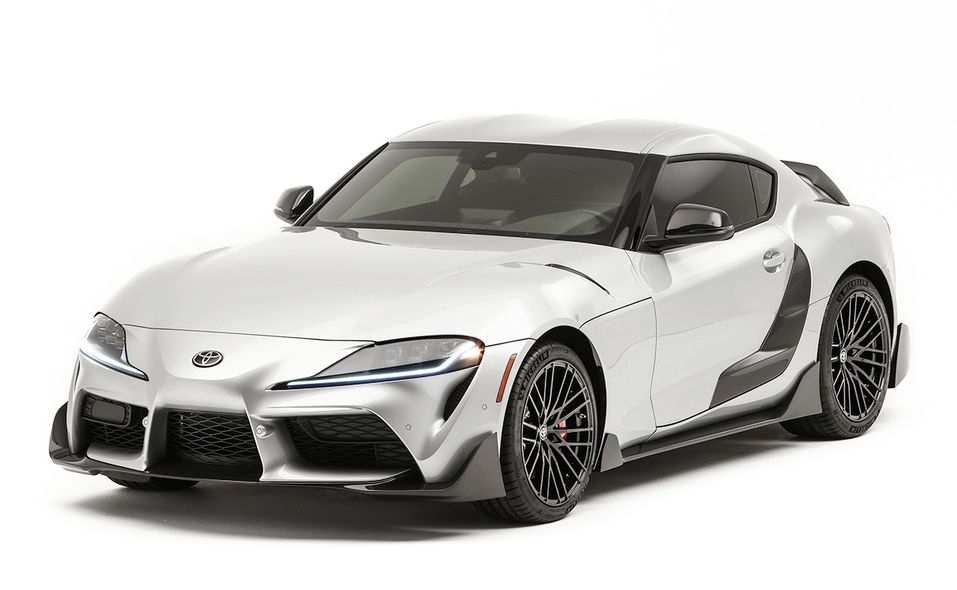 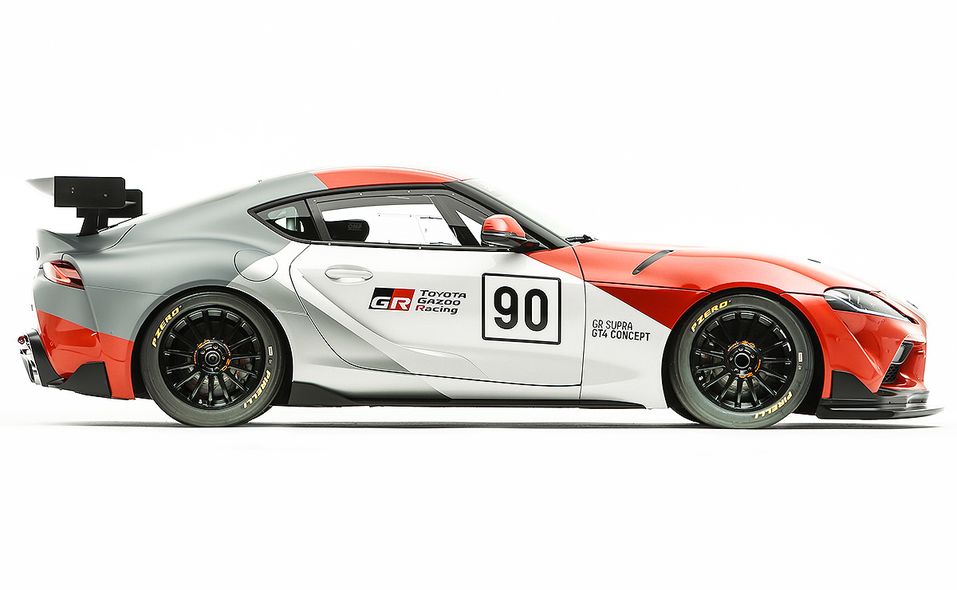