The Outback Wilderness is physically different from other Outbacks because of its specialized cladding and pulled-in corners.

HOLLY, Mich. — Subaru has built an enviable reputation among competitors and a near cultlike following among its loyalists for the prowess of its all-wheel-drive systems and their ability to get out into the wild.

But there have always been some unbeaten paths which Subaru has traditionally left to others. With the new 2022 Outback Wilderness, the Japanese brand looks to close that gap and claim at least a little bigger share of the rugged outdoors for itself and its customers.

With an added inch of ground clearance, underbody protection, a modified suspension, robust all-terrain tires, and improved approach, departure and break-over angles, the Outback Wilderness is properly outfitted to traverse all but the most extreme terrain.

It is intended as a "halo vehicle for all of our SUVs," explained Nikkie Riedel, carline planning manager for Outback with Subaru of America.

Subaru engineers sought a balance in the vehicle's design that extended the off-road capabilities of the Outback but stopped short of branching into the territory of purpose-built rock crawlers such as the Jeep Wrangler Rubicon, Riedel said.

The 2022 Outback Wilderness, equipped with an advanced version of the brand's X-Mode terrain switch and an electronically controlled crawl ratio of 4.44:1, was able to easily and safely climb and descend the steep, sandy embankments of a course laid out at the Holly Oaks ORV Park in suburban Detroit last week.

Equipped standard with a turbocharged 2.4-liter engine and continuously variable transmission, the 2022 Outback Wilderness rides on 17-inch wheels with Yokohama Geolandar tires. Its enhanced X-Mode will "switch automatically from low-speed managed driving to speeds over 25 mph without interruption of power or performance," the brand said. 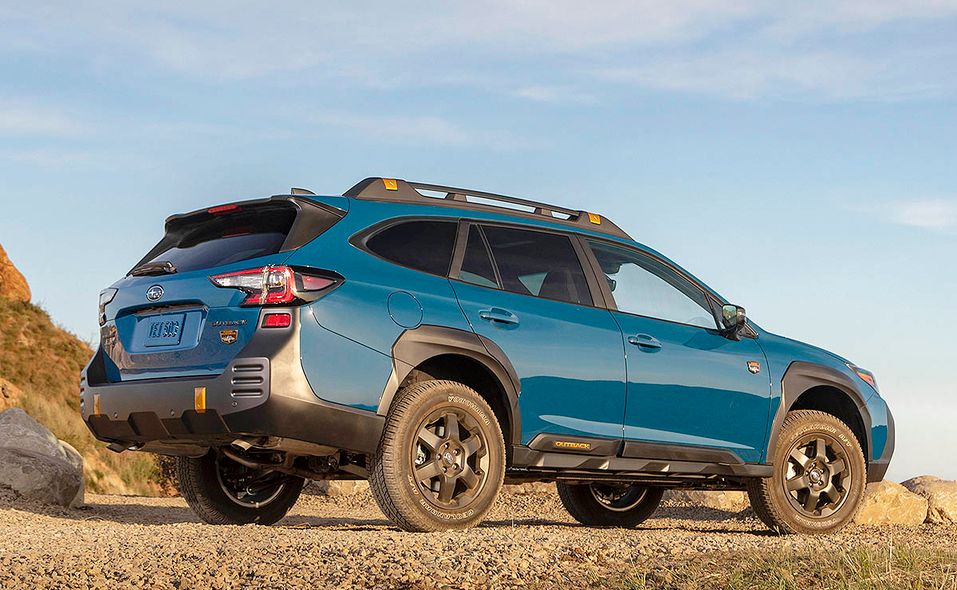 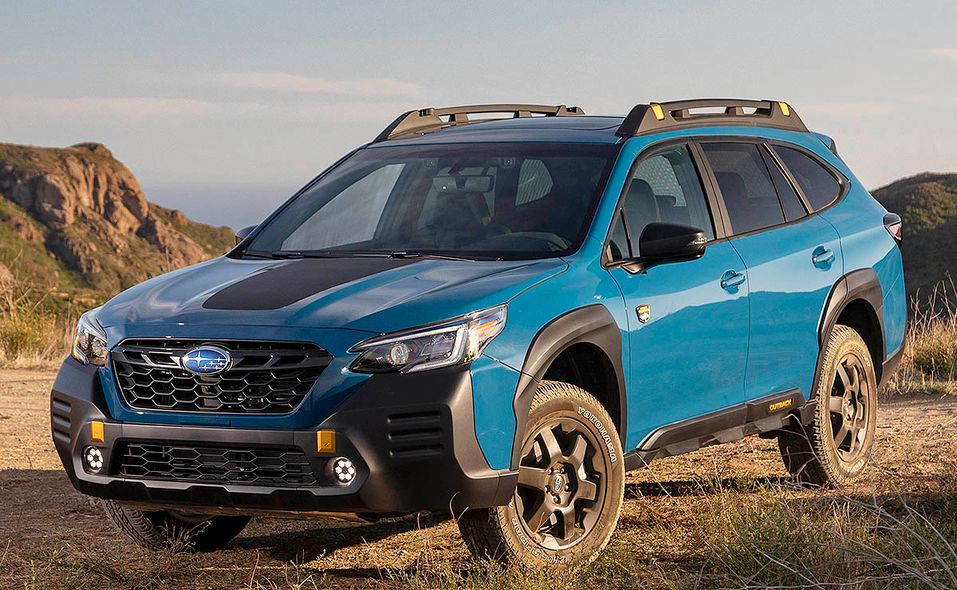 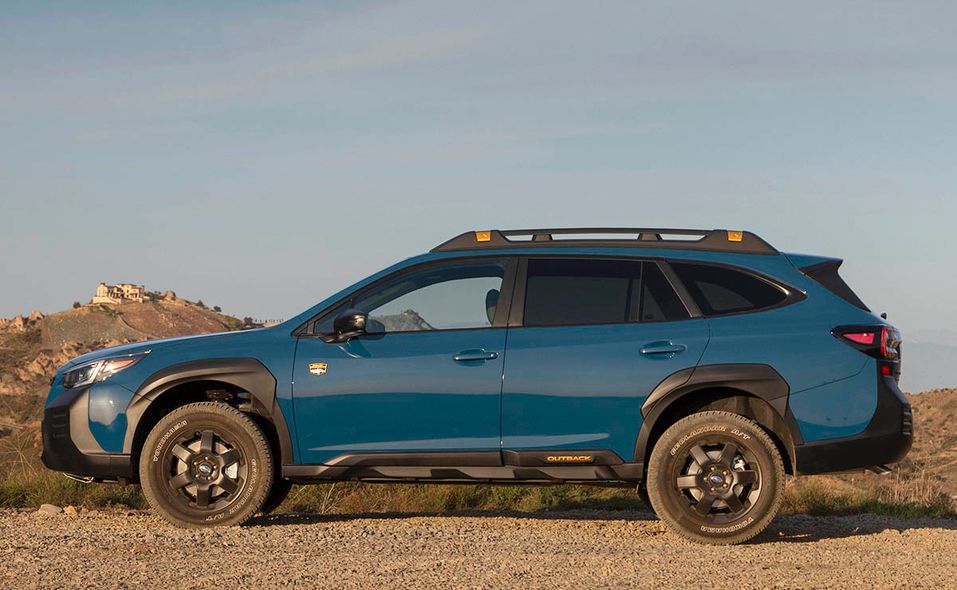 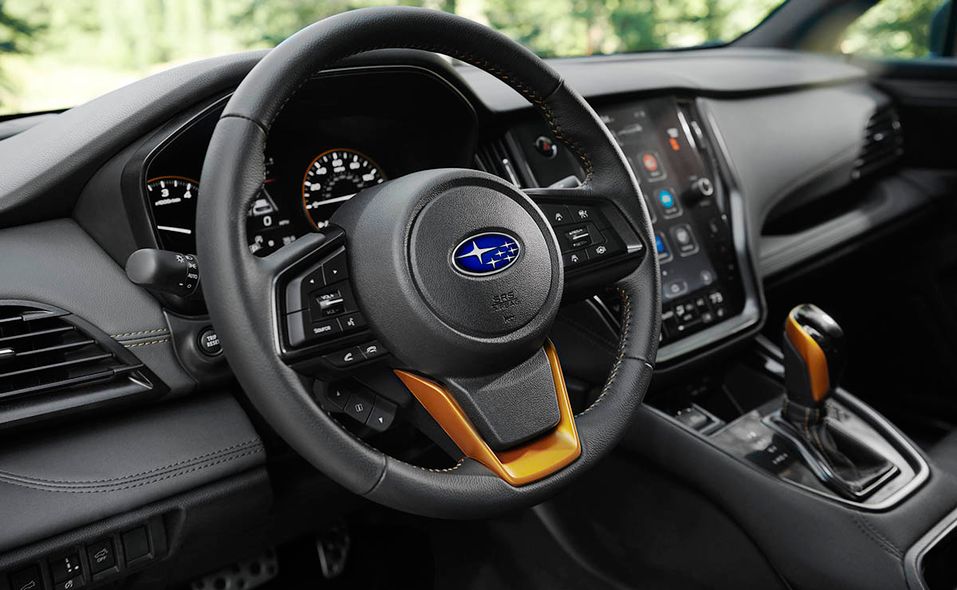 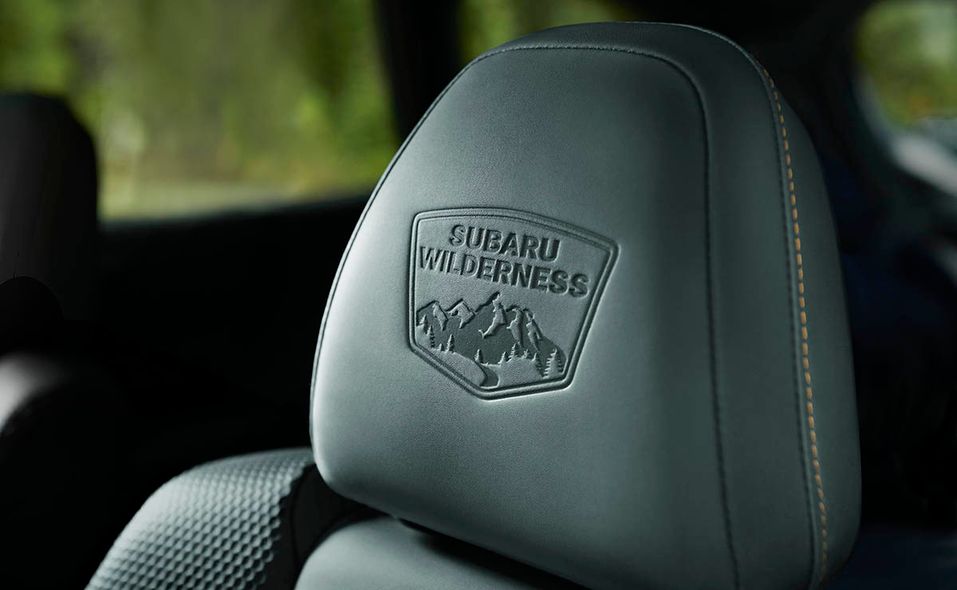 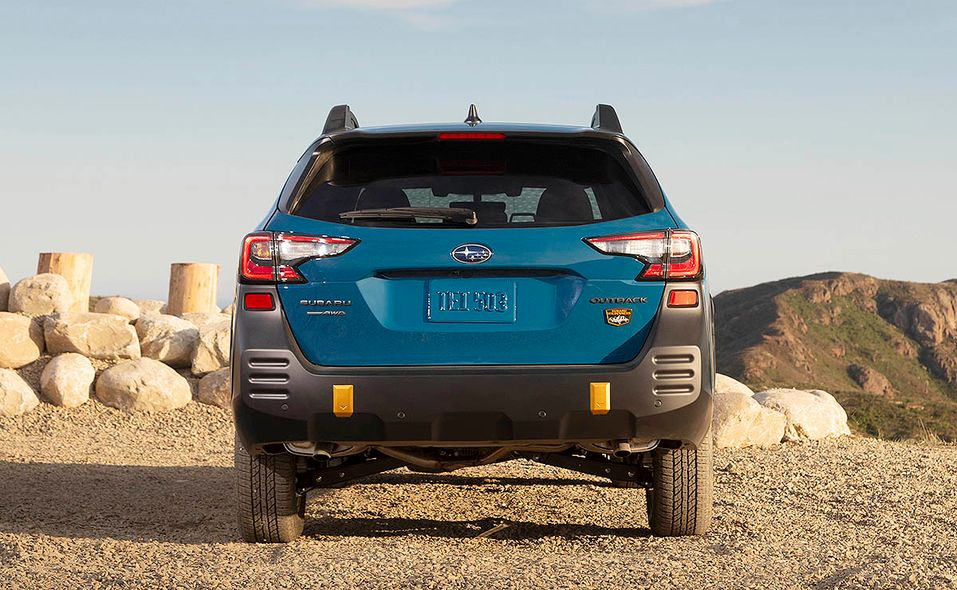 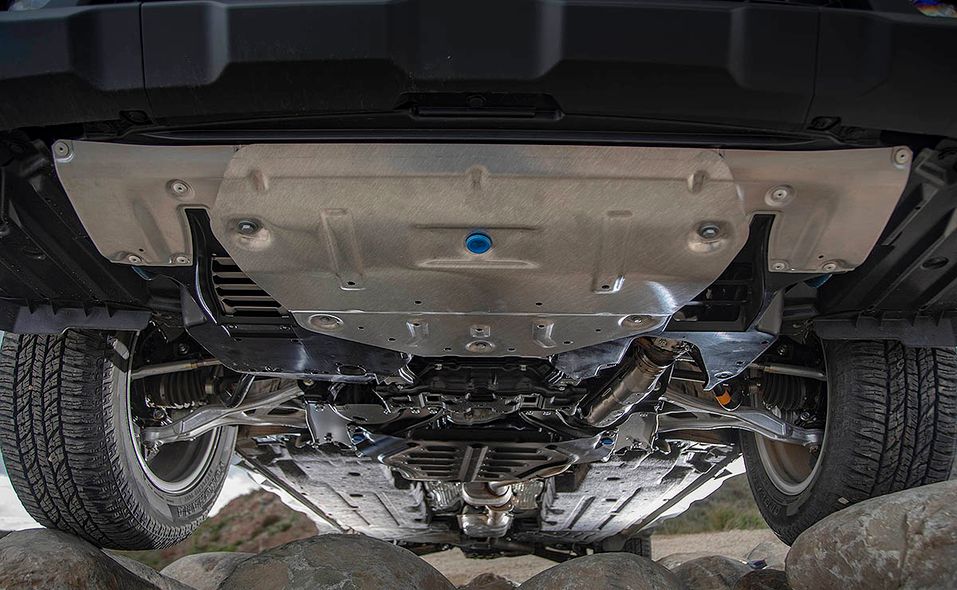 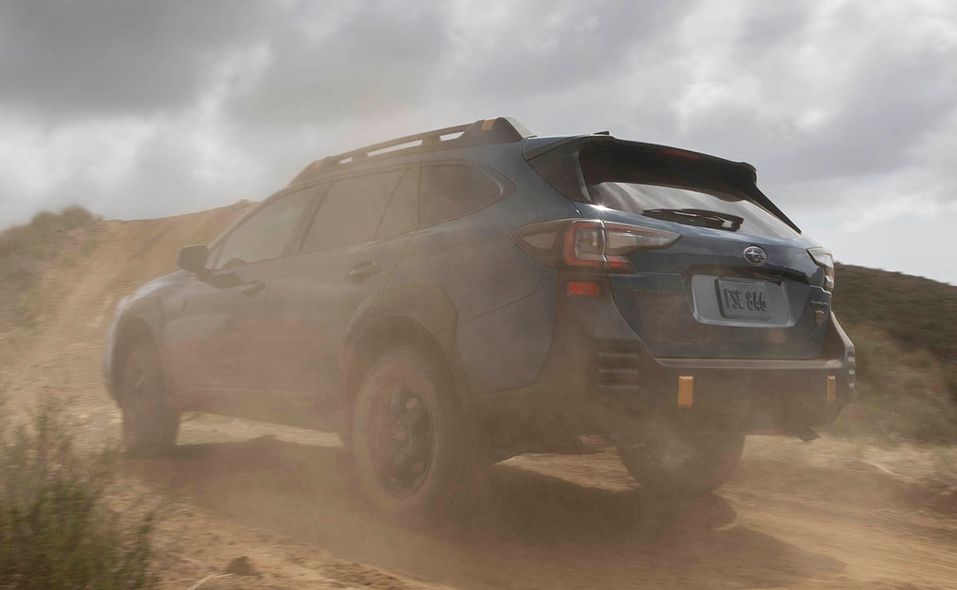 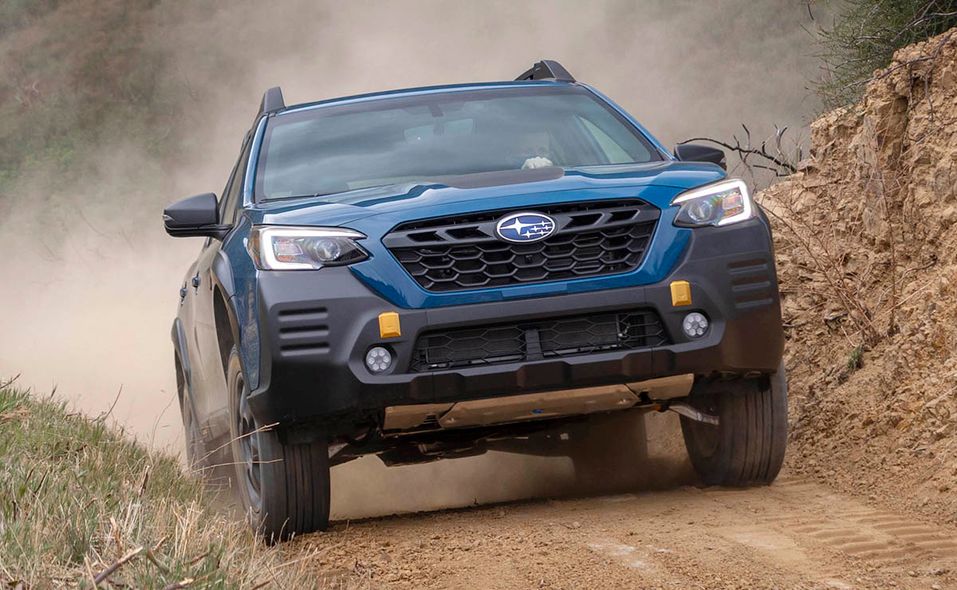 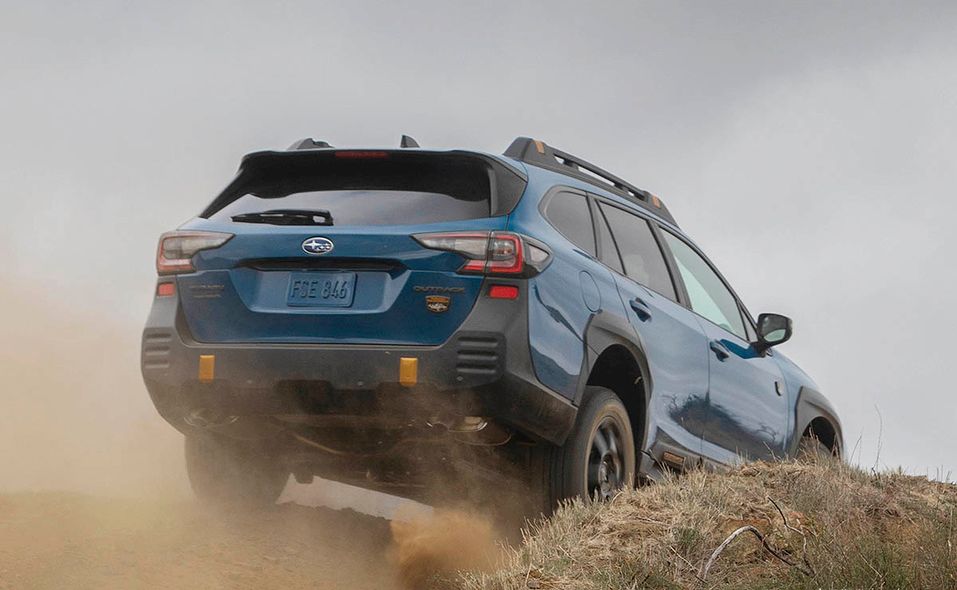 The Outback Wilderness is physically different from other Outbacks because of its specialized cladding and pulled-in corners. It also features a more robust roof rack, capable of holding up to 700 pounds — enough to allow a rooftop tent and two occupants — when the vehicle is not in motion. The load limit drops to 250 pounds when the vehicle is moving, however.

In a rarity among vehicles in its segment, it also comes equipped with a full-size spare tire — including its own tire pressure monitor sensor — beneath its cargo area.

Subaru expects the Outback Wilderness to make up between 10 and 20 percent of total Outback sales, with the majority remaining in the Limited and Touring trims.

Pricing for the 2022 Outback Wilderness, which will be built in Indiana, will start at $38,120, including delivery, but may vary in certain states. The vehicle is expected to begin arriving at U.S. dealerships in the second quarter.

Building on the Legacy

Breakthrough vehicles: Automakers kept delivering despite what the universe threw at them
Sponsored Content: State of the Service Market