Subaru's midcycle freshening for the subcompact Crosstrek crossover includes updated styling at the front, a new trim level and — for the first time in the nameplate's history — an available 2.5-liter engine.

The 2021 Crosstrek, the brand's smallest crossover, will now be offered with the same 2.5-liter engine with 182 hp and 176 pound-feet of torque found in the Forester compact crossover, Legacy midsize sedan and Outback midsize crossover.

For the Crosstrek, the larger engine equates to a power increase of 30 hp and 31 pound-feet of torque over the 2.0-liter engine.

Despite the increase in power, the 2.5-liter in the Crosstrek gets an EPA-estimated 29 mpg combined, only 1 mpg less than the 2.0-liter with a CVT.

The Crosstrek, which launched in 2012 as the XV Crosstrek and was redesigned in 2017, has always been powered by a 2.0-liter engine in the U.S. market. Subaru has offered additional Crosstrek powertrains — both the first generation and current generation include a hybrid variant— but those also have a 2.0-liter under the hood.

"One of the things that our customers were telling us about the Crosstrek was it was maybe a little underpowered with the 2.0-liter engine," Doll said at the time. "Well, the 2.5-liter engine will solve that problem."

The automaker sold 131,152 Crosstreks last year, a decline of 9.2 percent, but it was still the brand's third bestselling nameplate behind the Forester and Outback. Through May, Subaru has sold 35,491 Crosstreks in the U.S., a decline of 25 percent. 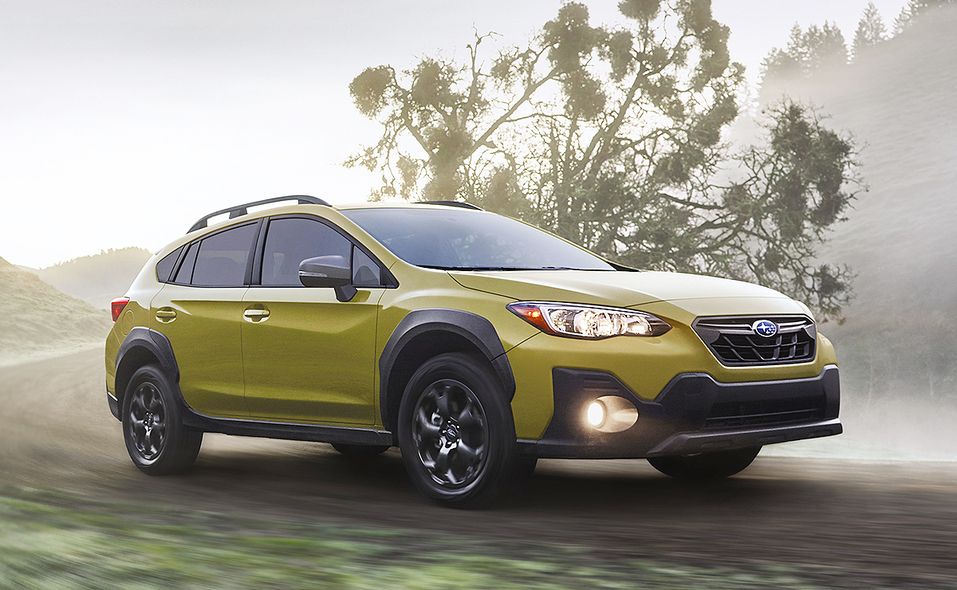 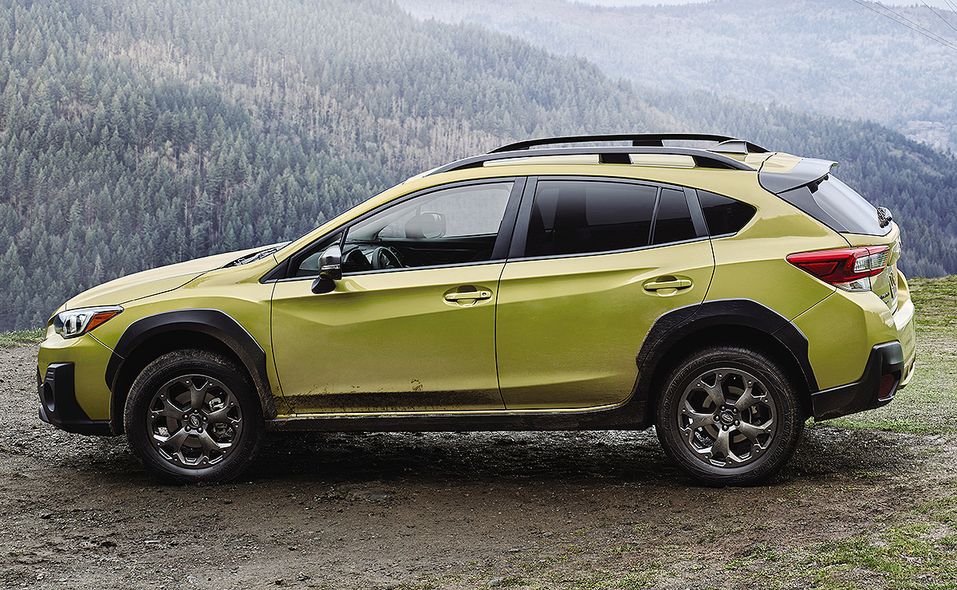 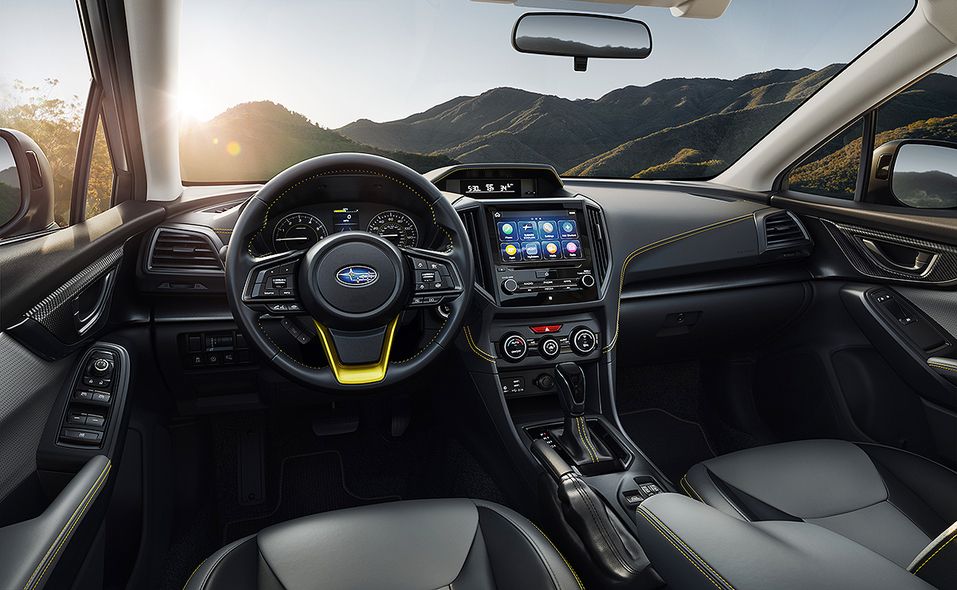 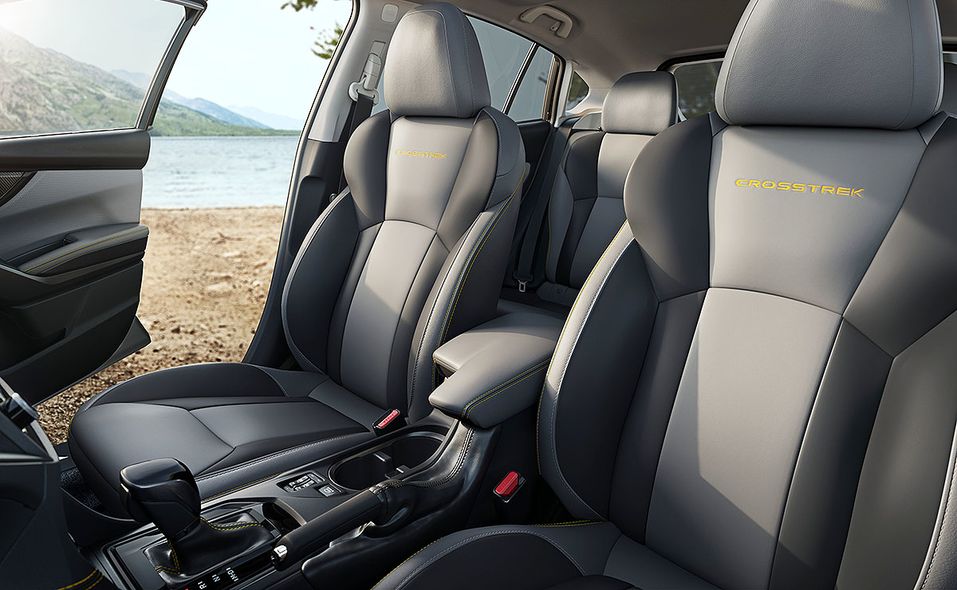 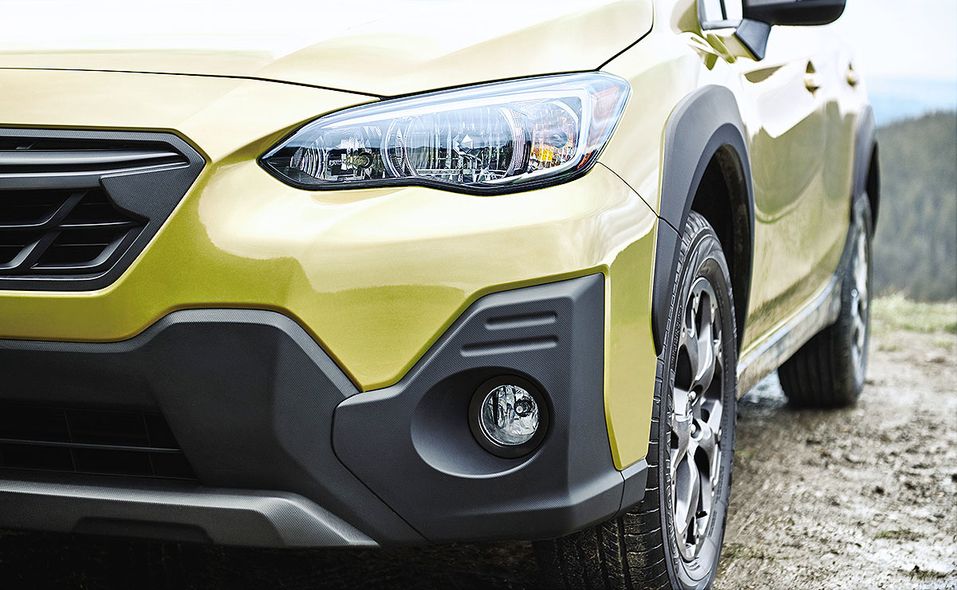 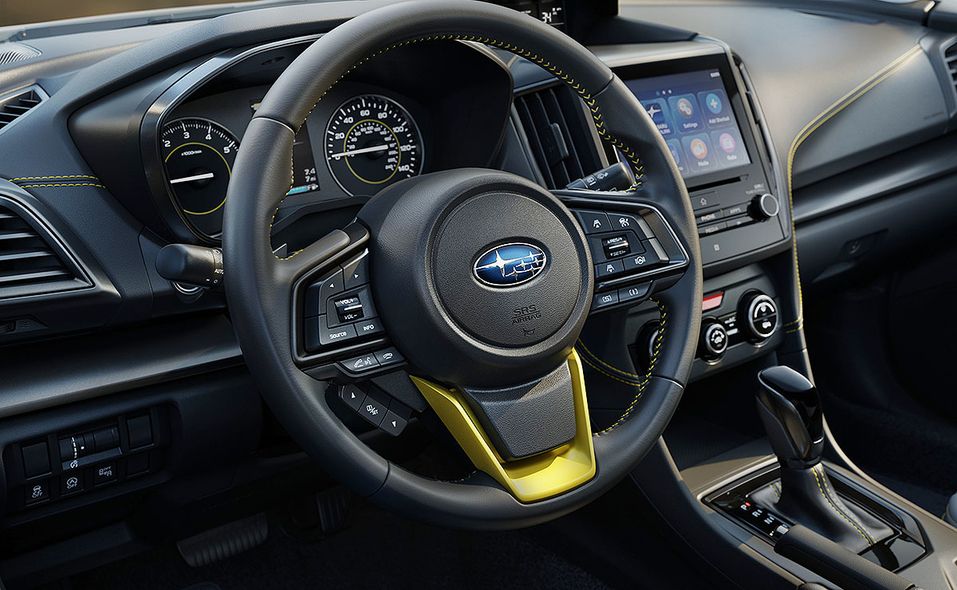 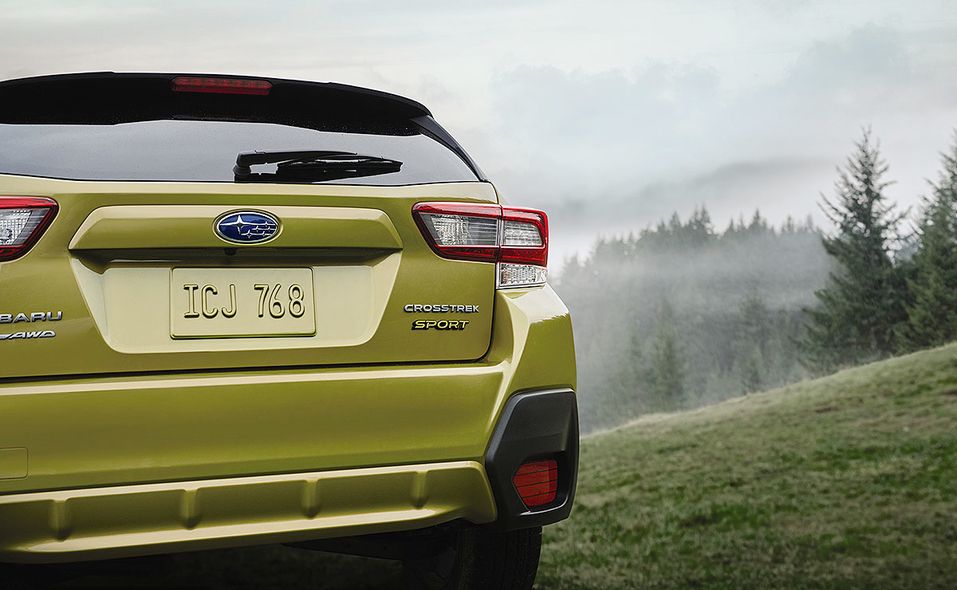 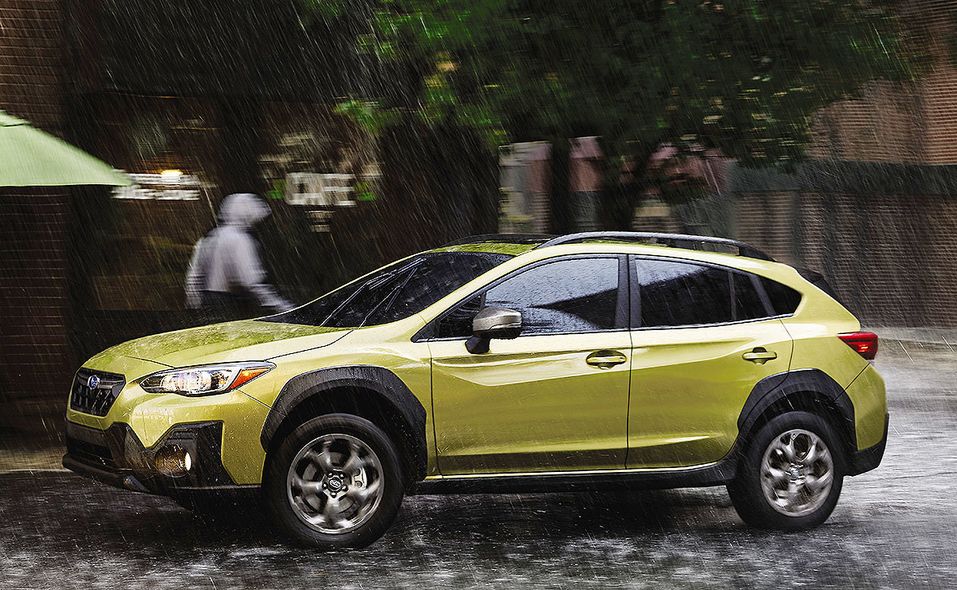 Beyond the larger engine, the biggest change with the freshening is an updated front bumper and grille and the addition of the Sport trim. Subaru has rolled out a Sport trim on the Impreza sedan and hatchback, the Legacy and the Forester. However, in those models, the Sport trim essentially is an appearance package with no additional performance increases.

On the Crosstrek, the Sport trim adds wheel arch moldings that extend onto the rear doors, dark gray 17-inch wheels and a gunmetal finish for the grille, side mirrors and badges.

Inside, the Sport trim comes with two-tone StarTex lined seats that have a water-repellent urethane material. Subaru introduced StarTex seats on the Outback Onyx Edition XT trim in 2019. The Crosstrek Sport's interior also features yellow stitching and yellow trim throughout.

All Crosstreks with a CVT continue to get Subaru's EyeSight suite of safety features as standard equipment that now includes adaptive cruise control and lane centering.

Pricing for the 2021 Crosstrek was not announced. Subaru says the vehicle will arrive at dealerships in late summer.

Pricey Maybach ready to roll out

Pricey Maybach ready to roll out