Polestar Precept will go into production at new plant

Polestar wants the production version of the Precept to be as close as possible to the first iteration of the four-door grand tourer, which made its public debut at the Beijing auto show on Saturday.

Polestar has reversed course on the Precept sedan, deciding to turn what was originally billed as a "vision" of the brand's future into a production model.

The production car will be underpinned by the second generation of parent Volvo Cars' Scalable Product Architecture, SPA2.

Polestar decided to produce the Precept after the overwhelmingly positive response it received after the concept debuted in February.

"That is when we started to ask: ‘What would it take to make it a reality'?" Ingenlath said during a video chat from Beijing ahead of the opening of the auto show there. "Now it's no longer a vision, it's a challenging goal, which makes it something to strive to reach."

Ingenlath said he wants the production version of the car to be as close as possible its first iteration, which has: 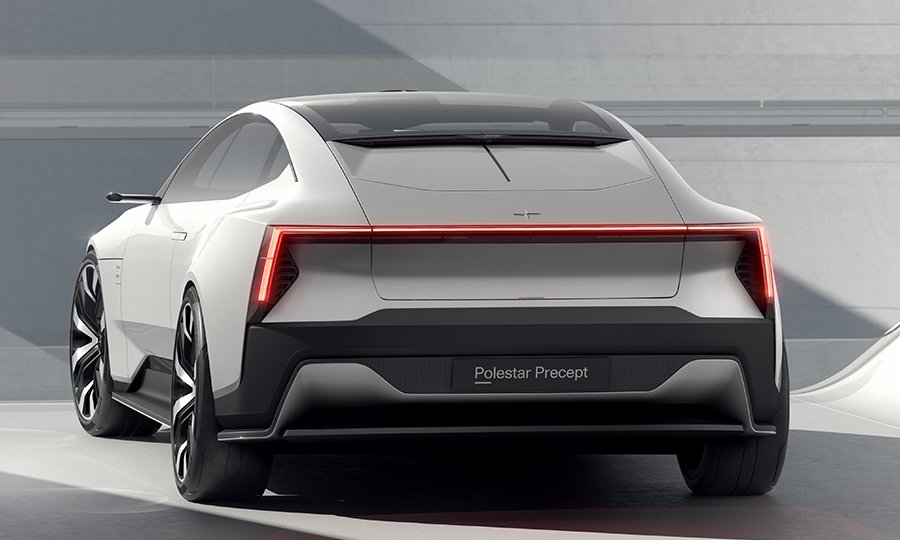 To make the Polestar Precept sleek and aerodynamic side mirrors were replaced by cameras. 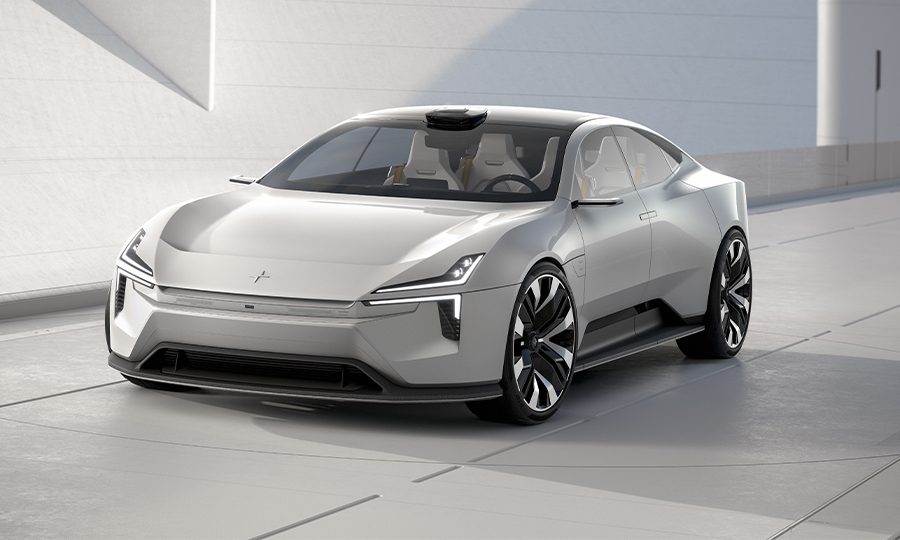 The Polestar Precept four-door grand tourer has been designed to accelerate air flow over its long hood. 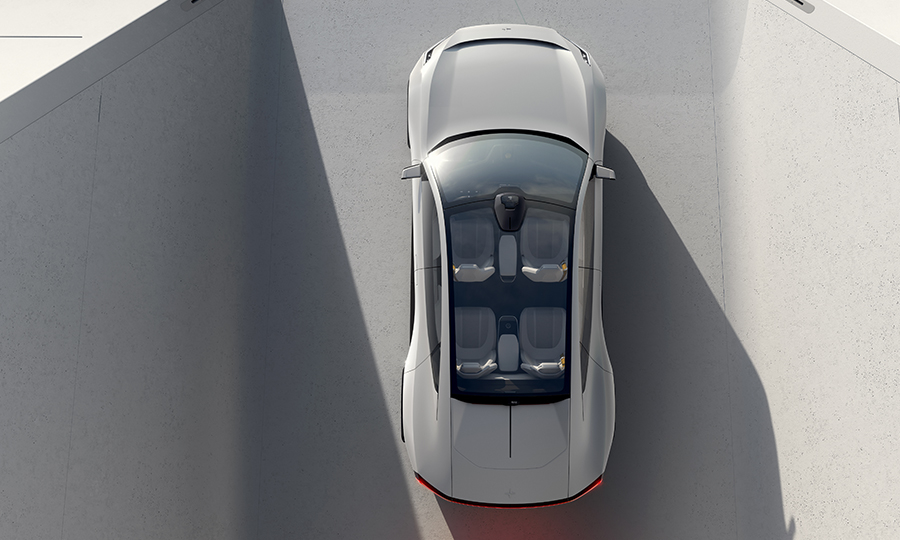 The Polestar Precept's single-volume glass roof extends to behind the rear seats and the tailgate. 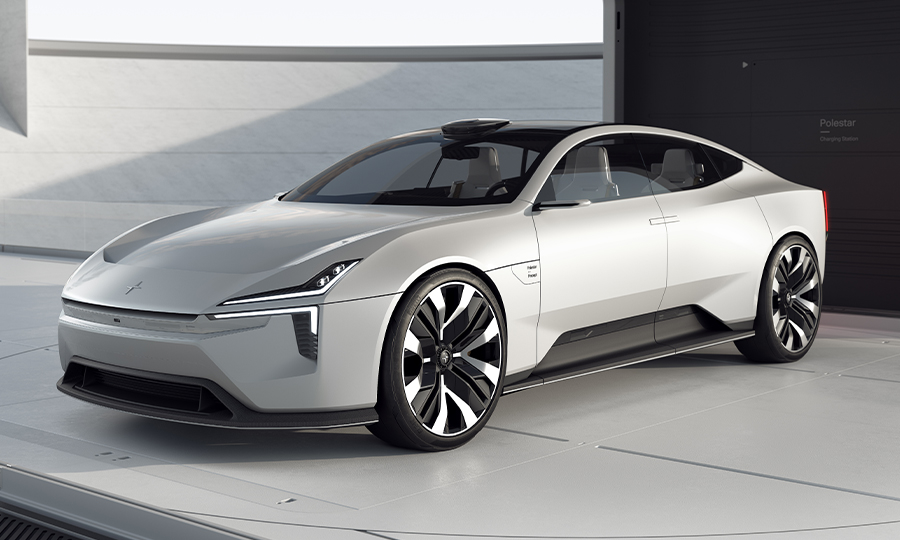 Behind the Polestar Precept's front grille is the so-called SmartZone, which is where the car's two radar sensors and a high-definition camera are located. 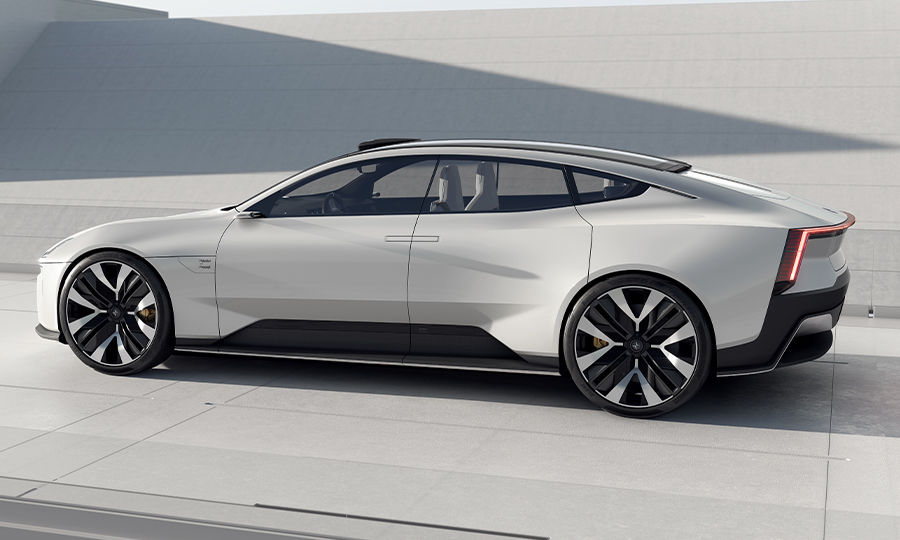 Polestar said the car’s name was chosen because a “precept” is a manifesto of things to come. 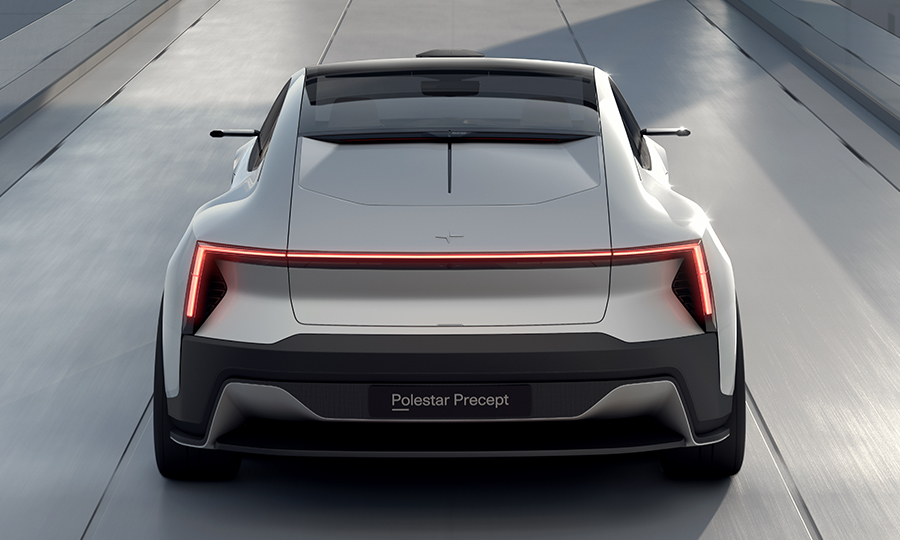 At the rear, the Precept has a wide light blade that spans the width of the car, extending into vertical aero-wings that further enhance aerodynamics. 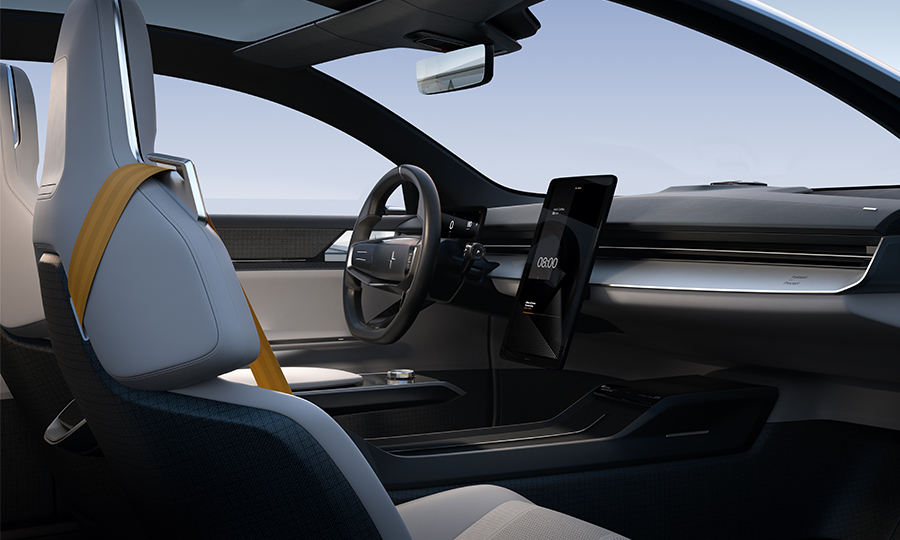 The Precept features an enlarged, portrait-oriented 15-inch center touchscreen that complements a 12.5-inch driver display. The two screens are linked by an illuminated blade. 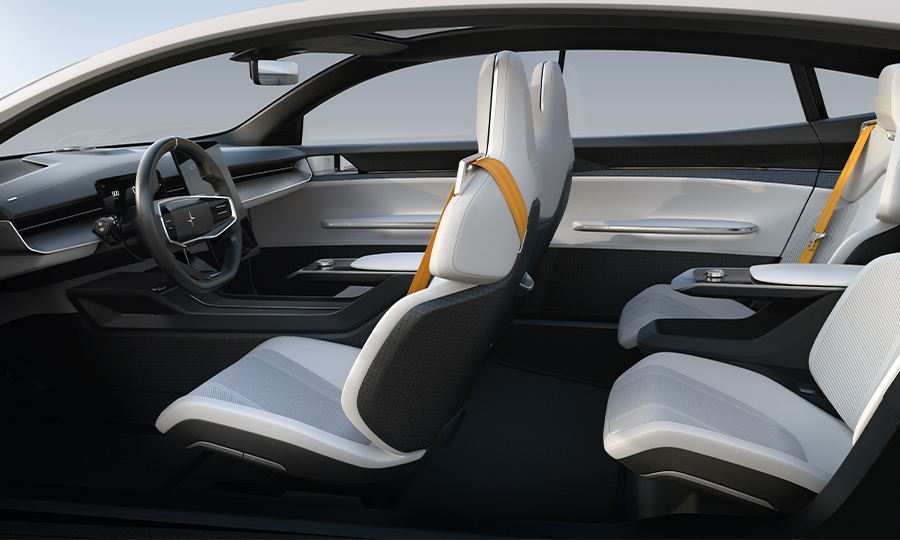 The Polestar Precept's sustainable materials include flax-based composites for interior panels and seatbacks. 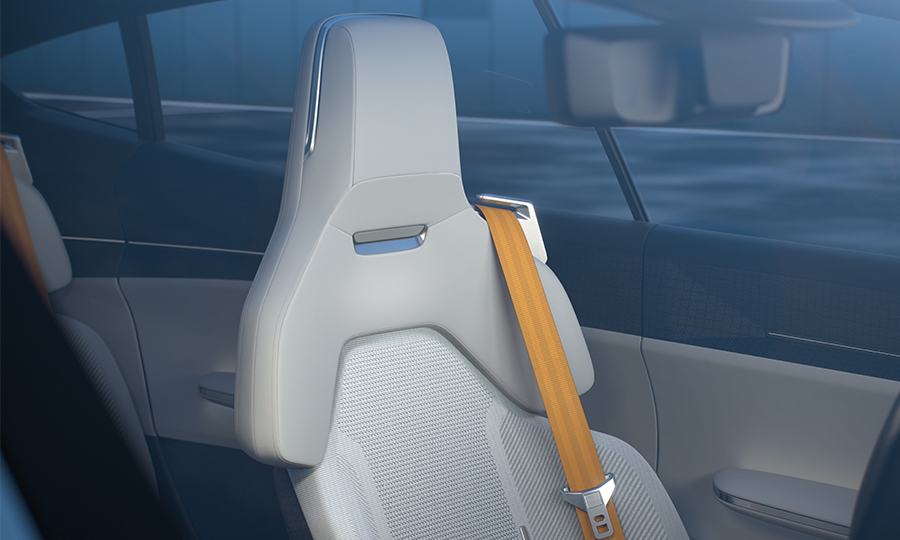 The Polestar Precept has a key technology needed for autonomous driving, lidar. The system is mounted on top of the car’s glass roof. 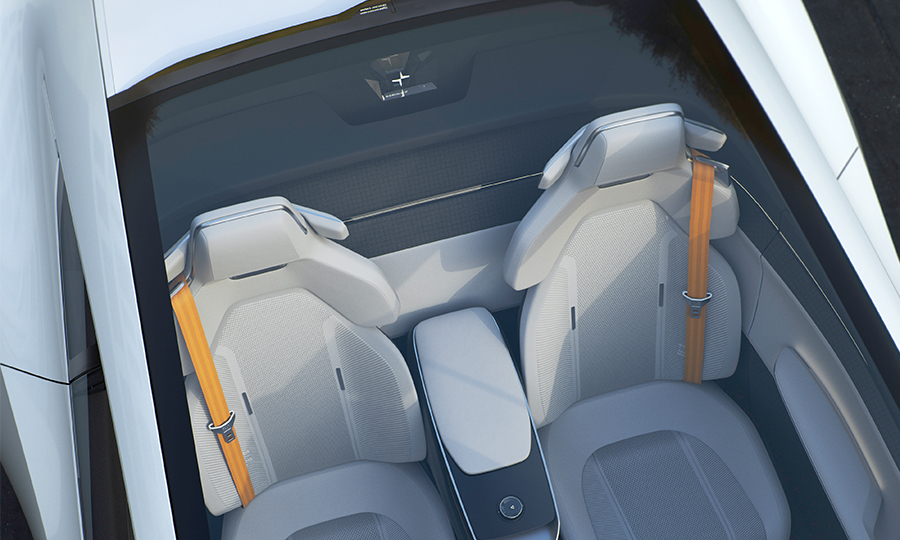 Polestar will produce the Precept in China at a new facility, where the aim is to make production carbon neutral and for the plant to be "one of the most intelligent and connected automotive production facilities in the world," the company said.

The brand's Polestar 2 is built in a factory it shares with Volvo in Luqiao, China. The plant produced 26 metric tons of CO2.

Ingenlath has already asked his team just how low Polestar can get the CO2 number when the production version of the Precept starts rolling out of the new plant.

"Perhaps doing what we are doing now with the Precept will take us to half [13 metric tons of CO2], but I really don't know. That is why I asked them to calculate what is possible," he said. "It is a long journey, but if we don't start this now we will never make it to zero."

Polestar has already had success in slashing carbon production at its factory in Chengdu, where the Polestar 1 is made. Since last year the plant has gotten 100 percent of its electricity from renewable energy such as hydro, solar and wind power.