TOKYO — Nissan unwrapped a next-generation Z sports car, confirming the rejuvenation of the iconic nameplate with a retro-styled prototype that stays true to the original Z car from a half-century ago but adds plenty of updates for today's modern driver.

Among the throwbacks to the first-generation 240Z, which debuted some five decades ago under the Datsun brand in the U.S., is the signature silhouette — a long hood, pointy nose and short, sloping rear deck that tails off slightly lower than the front fender for a slick profile.

The reimagined Z — called the Z Proto, as in prototype — is slimmed down, shedding the bulky, planted stance that characterized the previous two generations.

Modern flourishes include LED headlamps, lightweight carbon-fiber body work and a 12.3-inch digital meter display. A high-output V-6 twin-turbocharged engine rounds out the update, and to underscore its sporty street cred, the car also will come with a six-speed manual transmission.

The Z Proto debuted online late Tuesday in an event hosted by Nissan Motor Co. CEO Makoto Uchida. It is a close-to-market design study for a next-generation Z car that could arrive in 2022.

"The Z, as a pure sports car, represents the spirit of Nissan," Uchida said in prepared remarks. "It's proof of our ability to do what others don't dare to do, from A to Z."

Uchida is positioning the next-generation Z car as a key driver in the company's badly needed rush of new product, as the Japanese carmaker braces for its worst-ever operating loss this fiscal year.

Nissan calls the upcoming product renewal "Nissan A to Z," with the A standing for the all-new Ariya electric crossover and the Z, naturally, representing the redesigned sports coupe.

Nissan last redesigned the Z car with the 370Z in 2009, making the nameplate one of the oldest models in the brand's lineup. Nissan is rumored to be christening the next sports coupe the 400Z, and it is expected to be powered by a high-output 3.0-liter twin-turbo V-6 engine similar to the one used in the Infiniti Q50 Red Sport 400.

It notes, however, that traditionally "each new generation had a more powerful engine."

The Z car put Nissan on the fast track in the U.S. Armed with the Datsun 240Z, the Japanese upstart passed Volkswagen and Toyota to become the No. 1 import brand in 1975.

Over the years, Z cars gradually gained weight, much to the chagrin of Yataka Katayama, the legendary Nissan executive known as Mr. K, the father of the original Z. To Mr. K, who died in 2015, the Z grew bloated and expensive, forsaking its role as an attainable, everyman's sports car.

Nissan didn't detail weight or pricing for the next Z car. But the prototype is about 5 inches longer than the current 370Z, despite keeping the same width and height.

Inside the cockpit, the Z Proto gets a new "deep-dish steering wheel" that allows easy view of the meters and controls with a dash of vintage flair. Yellow accents — including stitching on the instrument panel and special seat flourishes — lend another sporty touch.

Global design chief Alfonso Albaisa wanted to blend yesterday and tomorrow in the next Z.

The prototype's bright-yellow pearlescent paint is an homage to the first-generation Z car, as are the teardrop-shaped headlights. At the same time, the clear dome lenses over the headlamps pay tribute to the Japan market-only 240ZG of the 1970s, Albaisa said in a Nissan news release.

"Our designers made countless studies and sketches as we researched each generation and what made them a success," Albaisa said. "Ultimately, we decided the Z Proto should travel between the decades, including the future." 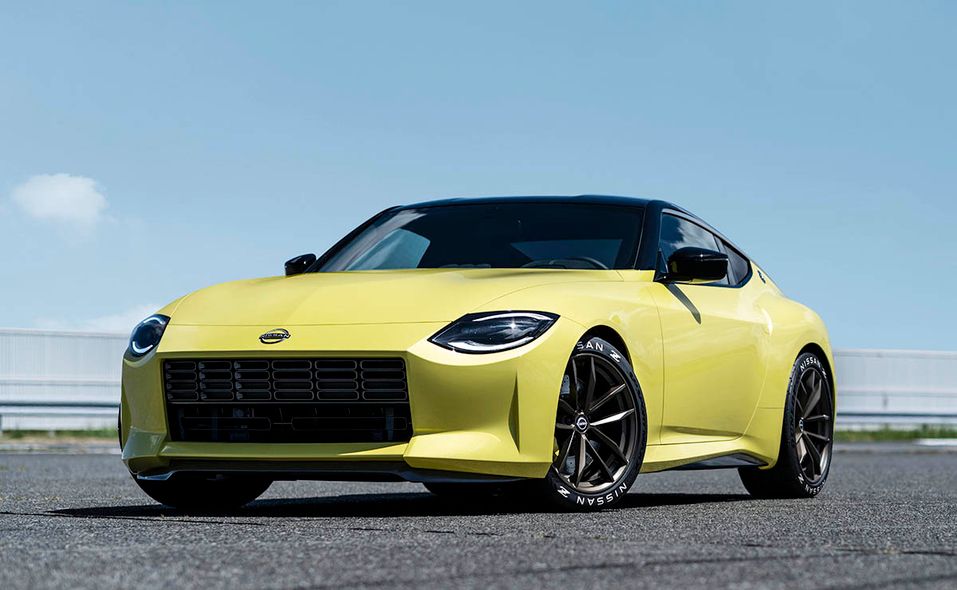 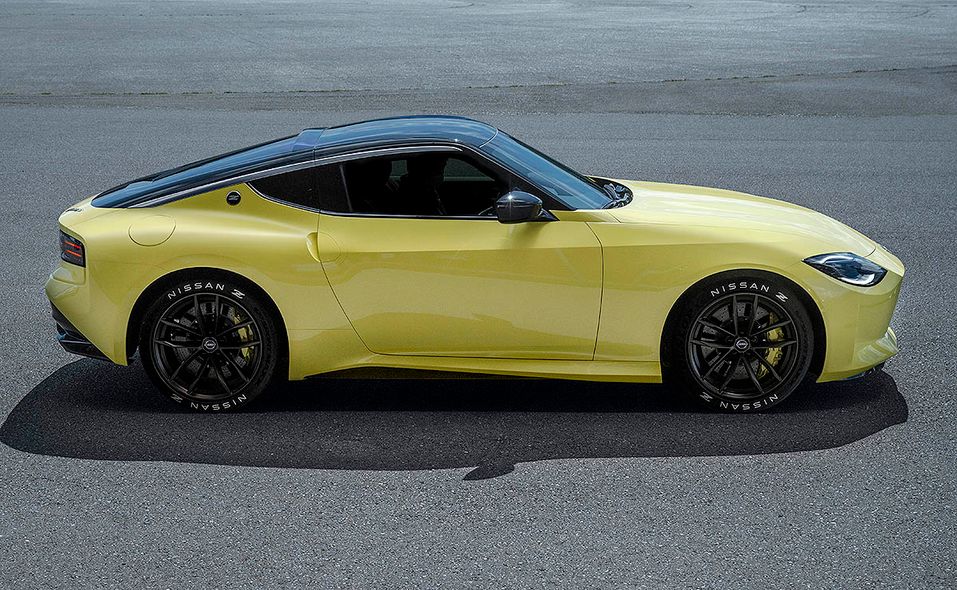 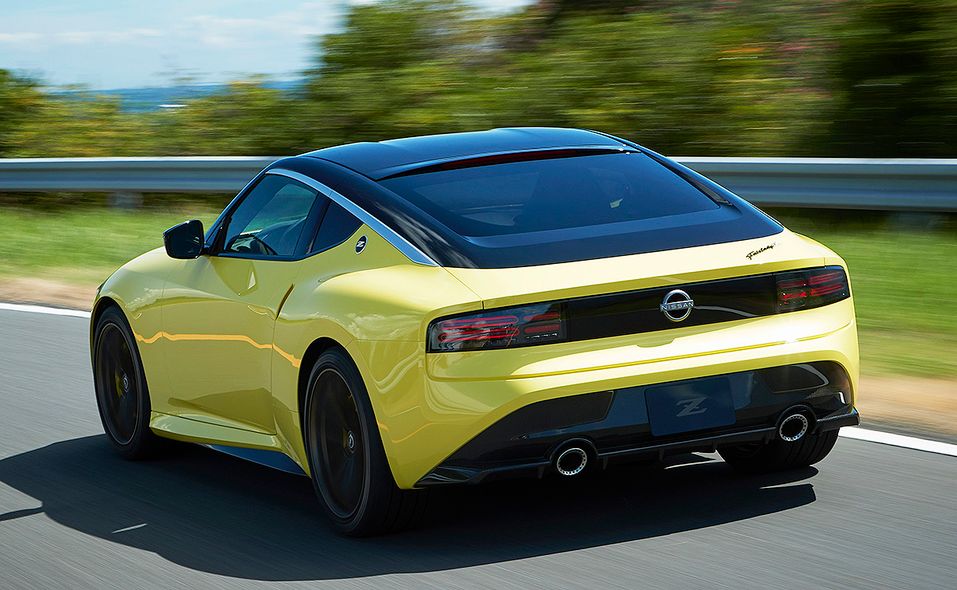 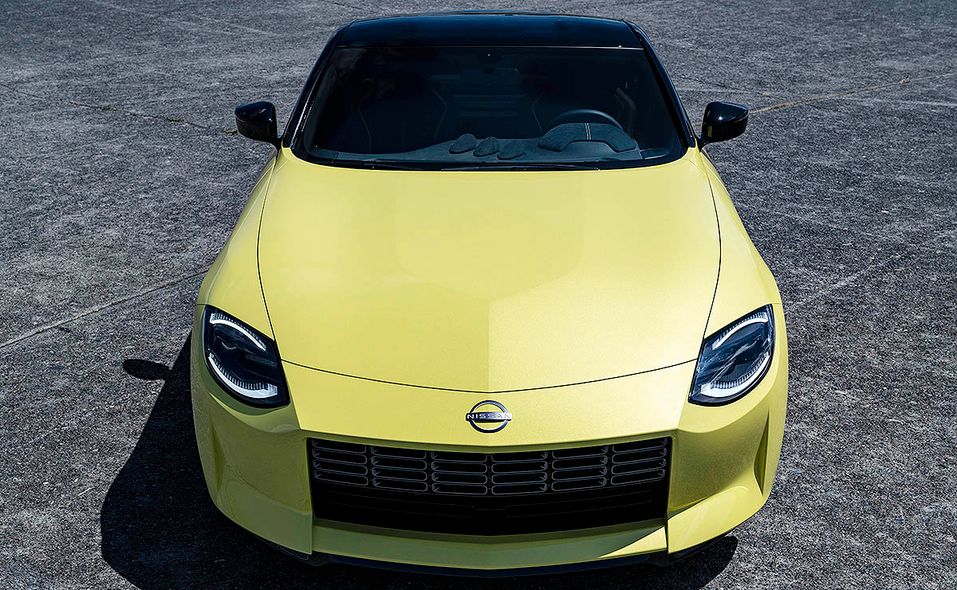 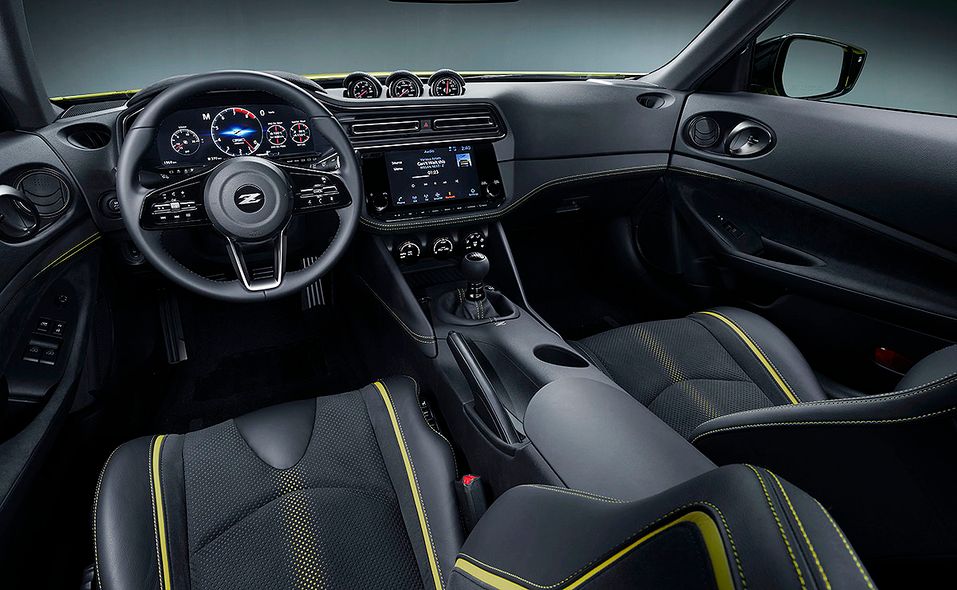 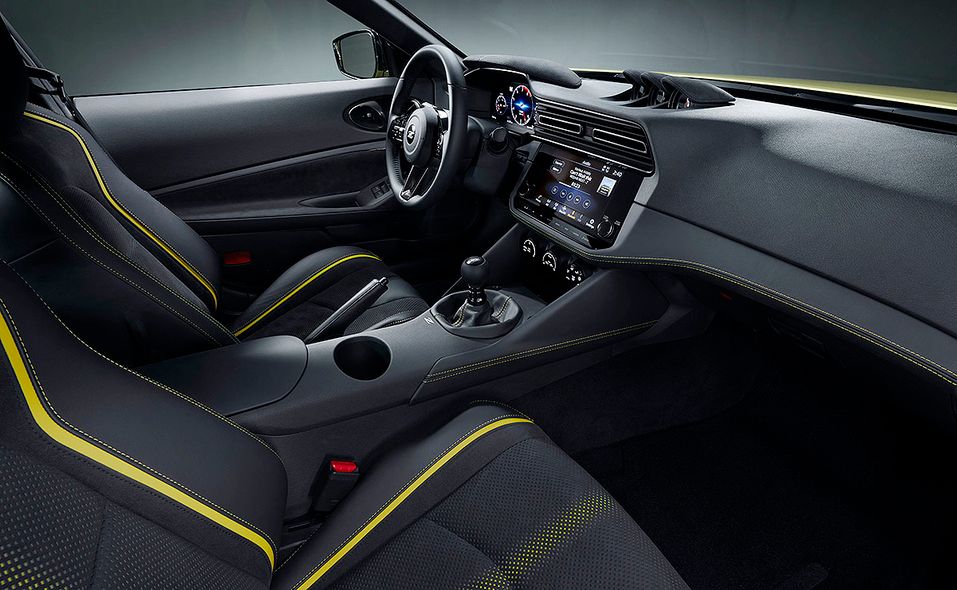 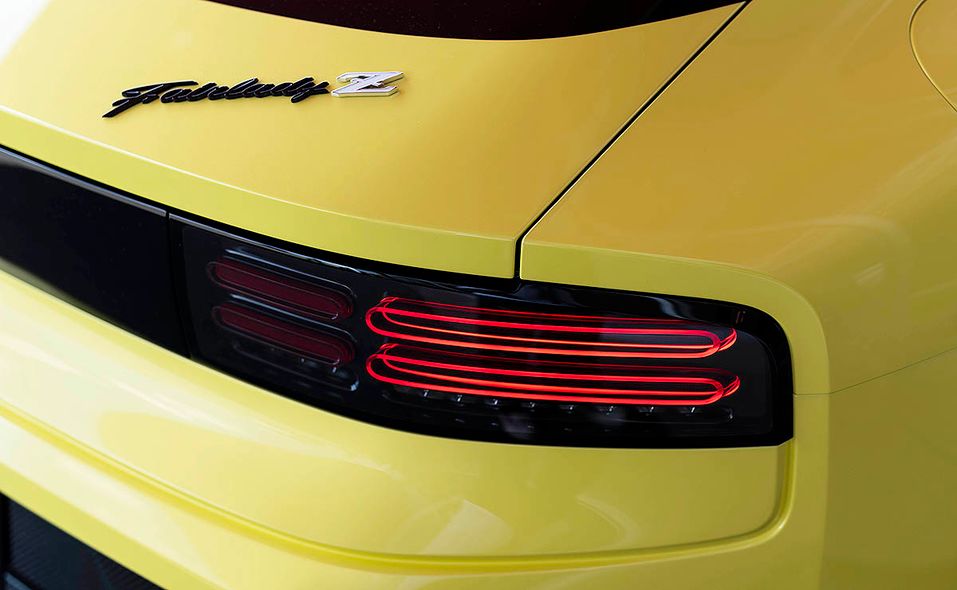 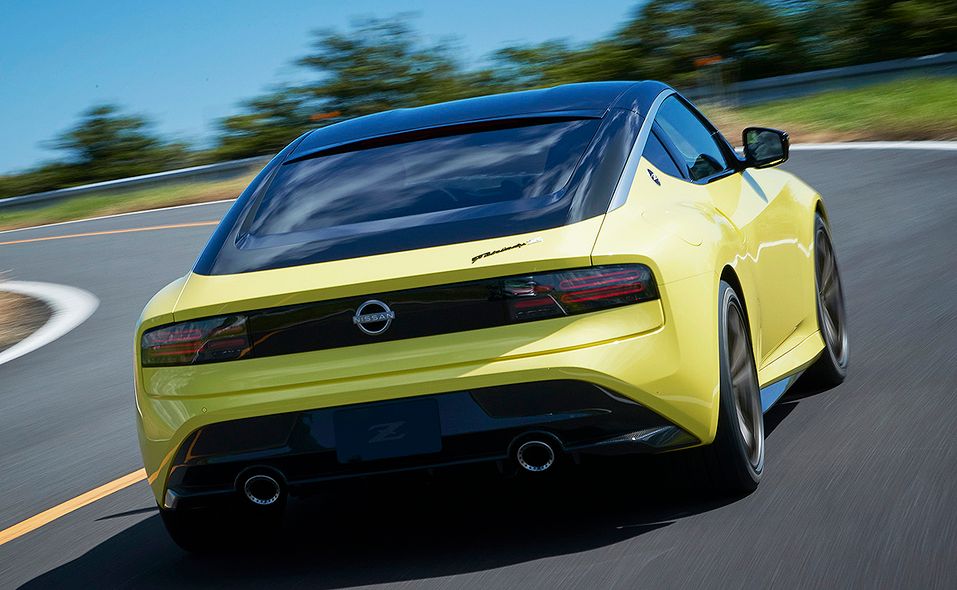