The bookends of Nissan's utility-vehicle lineup are undergoing significant nips and tucks early next year.

The Armada gets a rugged exterior that underscores the SUV's off-road DNA and a contemporary interior that delivers modern conveniences and safety tech. Pricing was not disclosed.

"We changed everything, from the wheels to the wireless charger on this vehicle," Brent Hagan, Nissan senior manager of product planning, said during a media roundtable last week.

The 2021 Armada, which will arrive in U.S. stores in January, introduces Nissan's new logo that will be adopted across the lineup.

"We wanted to start at the top and filter the logo down," Hagan said. "The Armada is the top of our SUV lineup and is the second most expensive vehicle that we sell in the U.S. under the Nissan brand, other than the GTR."

Through September, U.S. sales of the Armada tallied 17,520, well below rivals from Chevrolet, Ford and Dodge. The model competes with $50,000-plus SUVs and offers an alternative to the relatively common General Motors and Ford three-row SUVs.

"With so many buyers looking for utility vehicles, placing a large model at the top of the lineup is not only prestigious for a brand but lucrative to the manufacturer and its dealer network," said Sam Fiorani, vice president at AutoForecast Solutions. 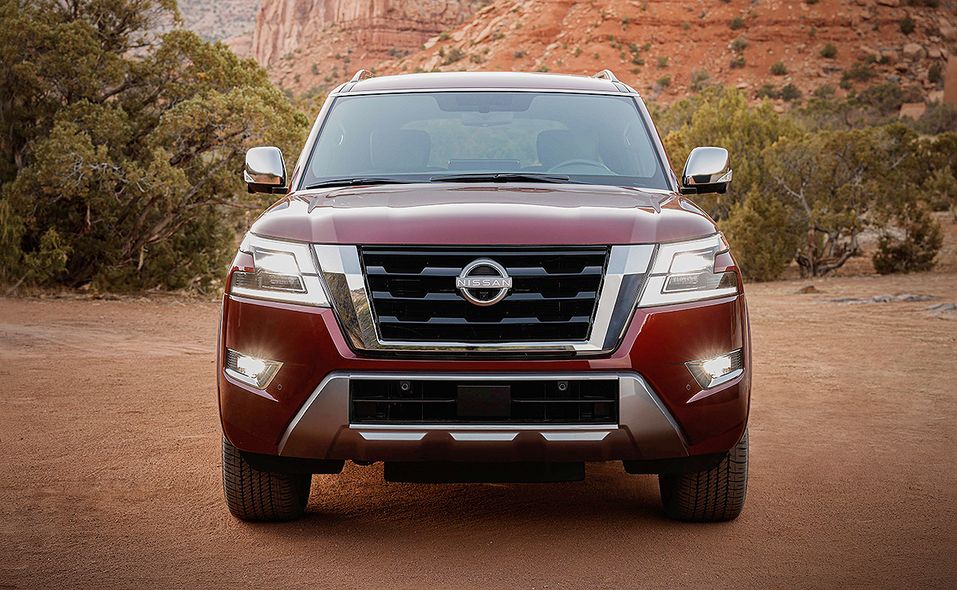 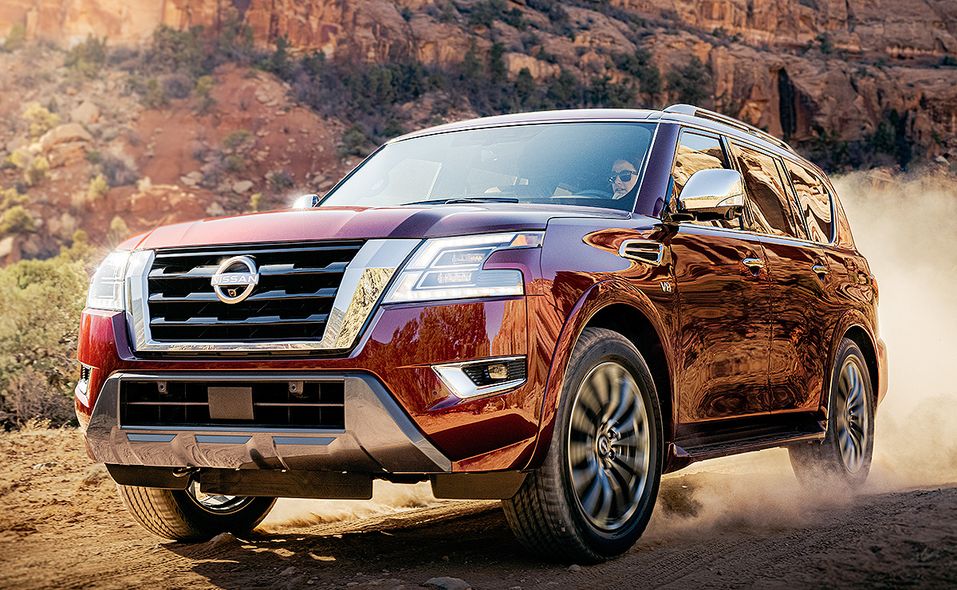 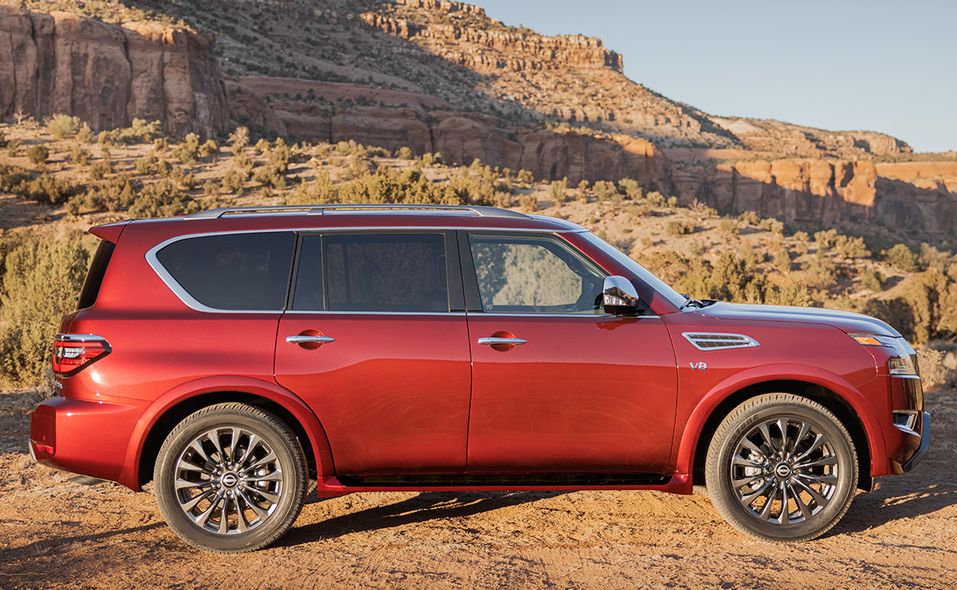 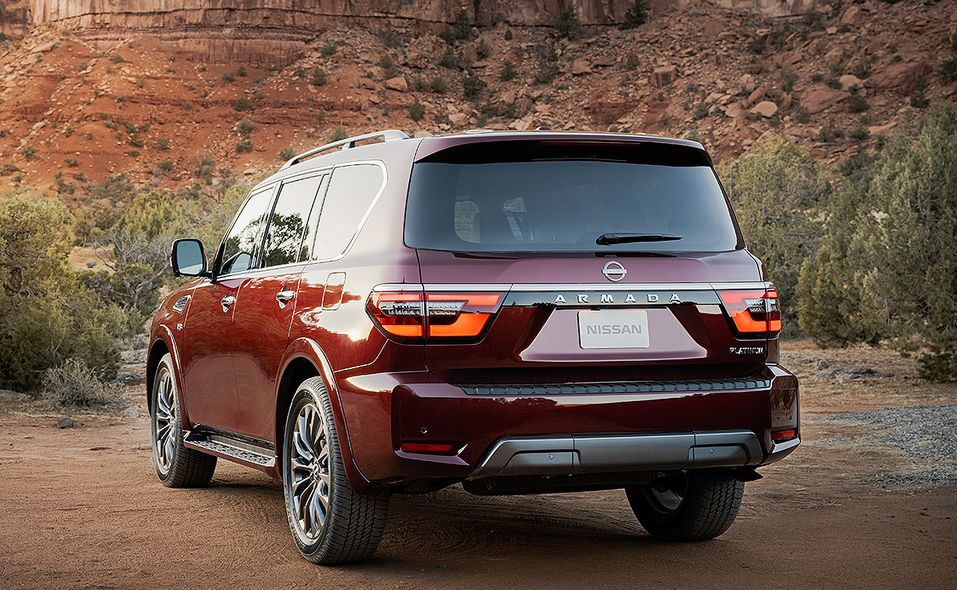 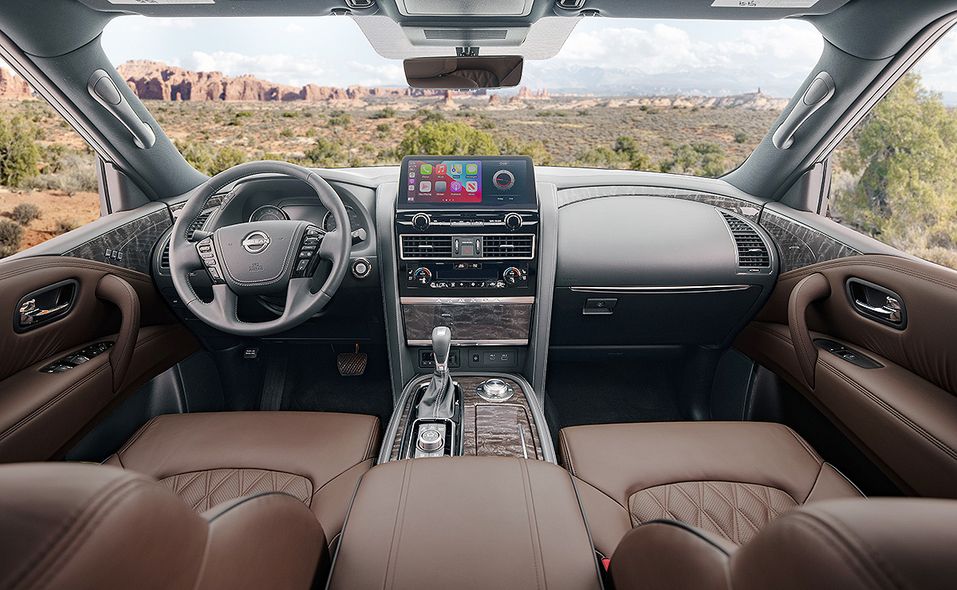 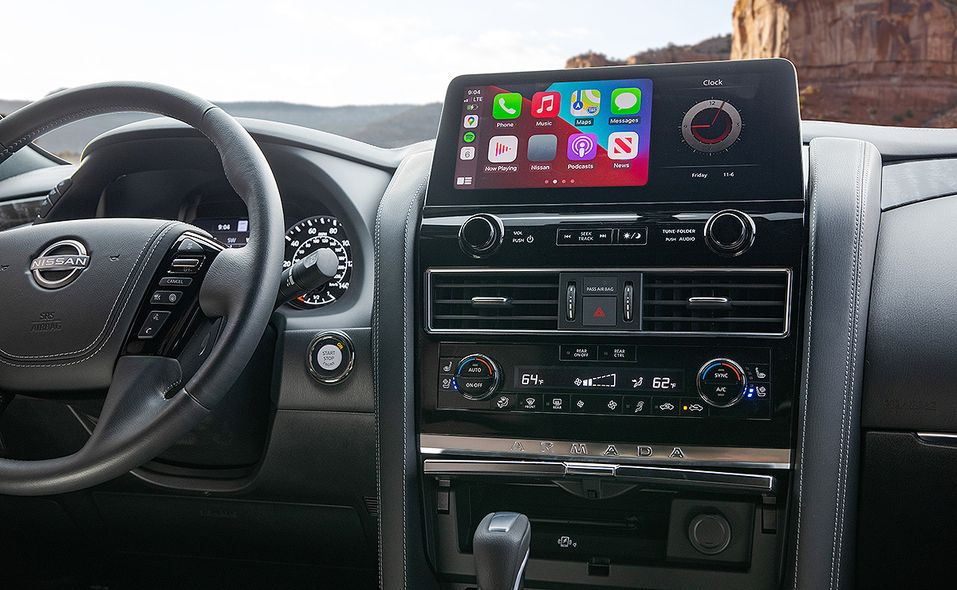 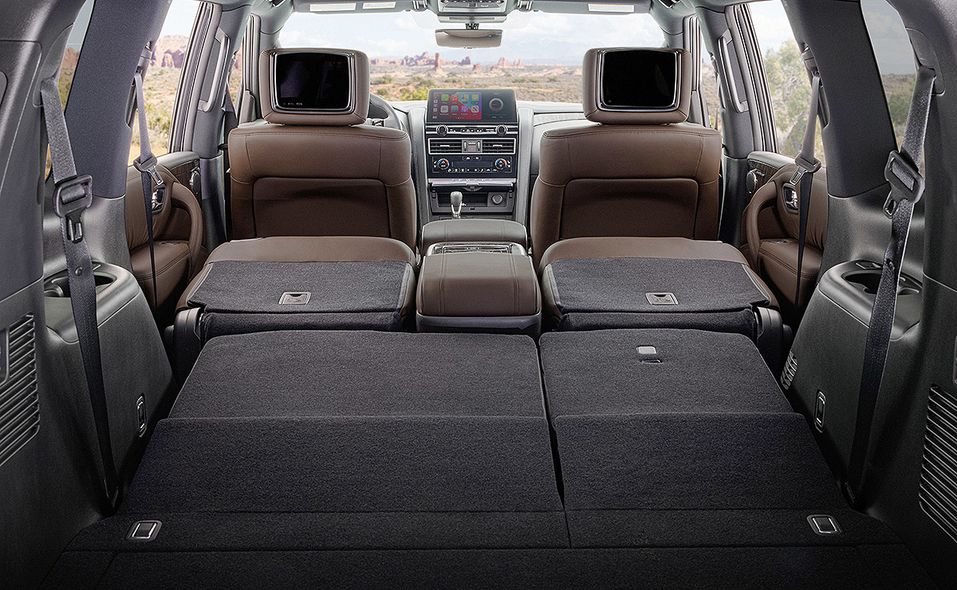 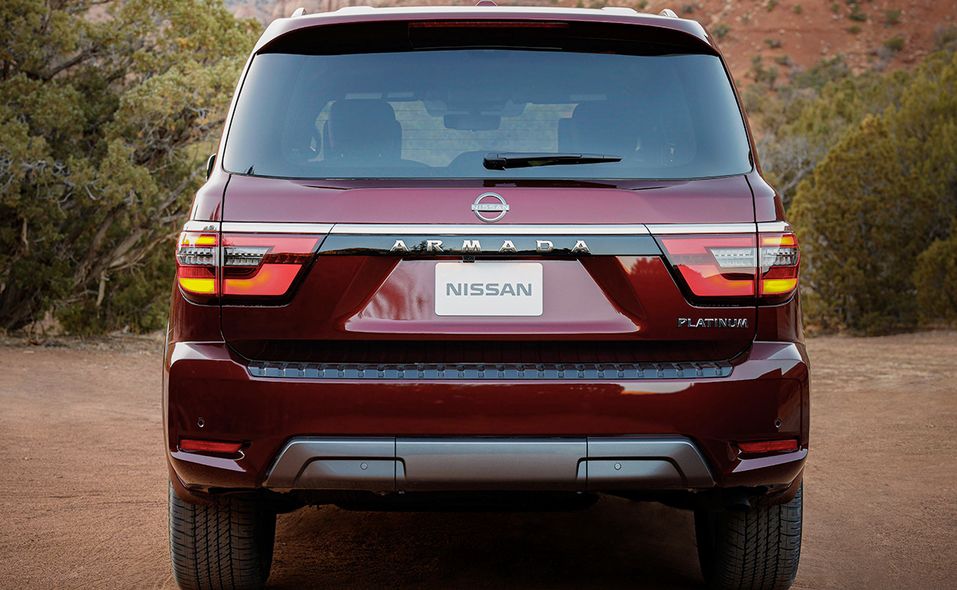 The dashboard is anchored by a 12.3-inch horizontal display screen and is paired with a 7-inch instrument cluster. The center console gets a design update that ditches a cluster of buttons and knobs for touch-sensitive buttons.

Standard on the 2021 Armada is Nissan's suite of safety technology, including automatic emergency braking with pedestrian detection, blind-spot warning and lane-departure warning.

Nissan also will introduce a new entry-level trim on the Armada, details of which have not been disclosed.

"It is not specifically off-road-oriented," Hagan said. "It's focused more to be an entry point into the brand and into the lineup."

Nissan's third-bestselling light-truck model, introduced in 2018, also is getting an update to better compete in an increasingly crowded segment. The Kicks extends Nissan's crossover and SUV lineup to compete against the Honda HR-V, Subaru Crosstrek, Mazda CX-3 and other subcompact crossovers. The baby crossover is billed as a gateway to Nissan's crossovers.

Through September, Nissan delivered 42,640 Kicks crossovers in the U.S.

"A potential customer looking to spend less than $30,000 on a vehicle usually only finds used offerings, but the Kicks has converted many of those customers to new-car owners," Fiorani said.

The 2021 Kicks gets sporty design tweaks and technology upgrades and is available in more than 100 million color combinations.

"This vehicle attracts the bookends — the younger crowd and the older empty nesters," Hagan said. "For both of those [groups], safety is an important message."

The updated Kicks, expected to arrive in stores in February, features Nissan's new double V-motion grille, an angular front bumper and a slim headlight design. The rear features an LED lighting bridge between the taillights that emphasizes the crossover's wide stance.

Despite its budget pricing, the Kicks does not skimp on technology. The crossover comes standard with Apple CarPlay, Android Auto and Nissan's safety technology package. 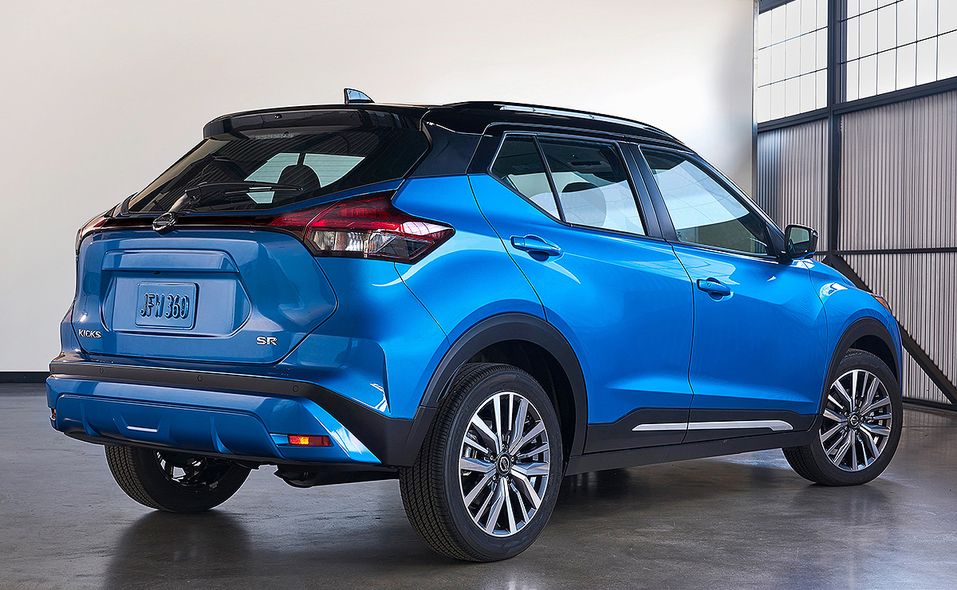 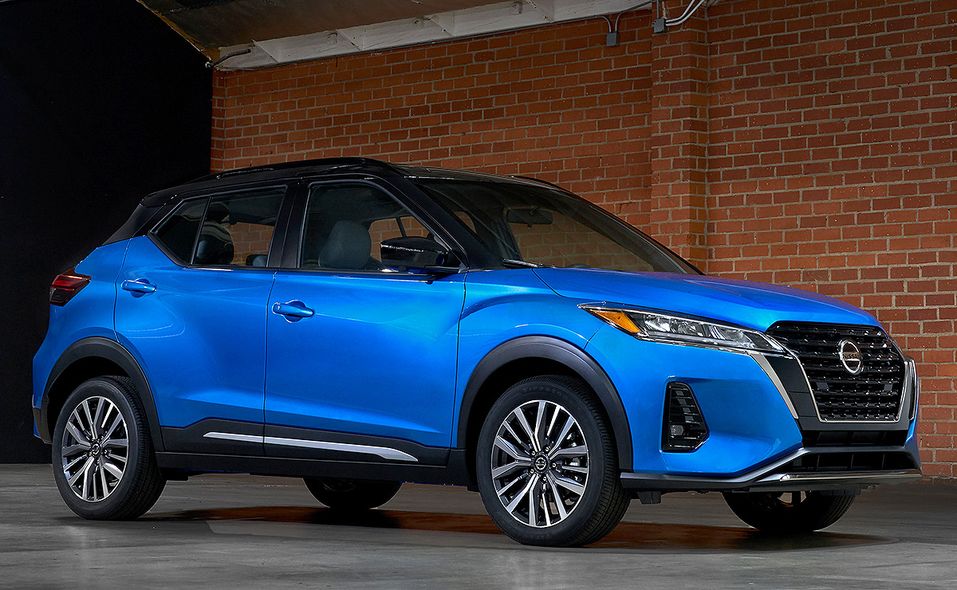 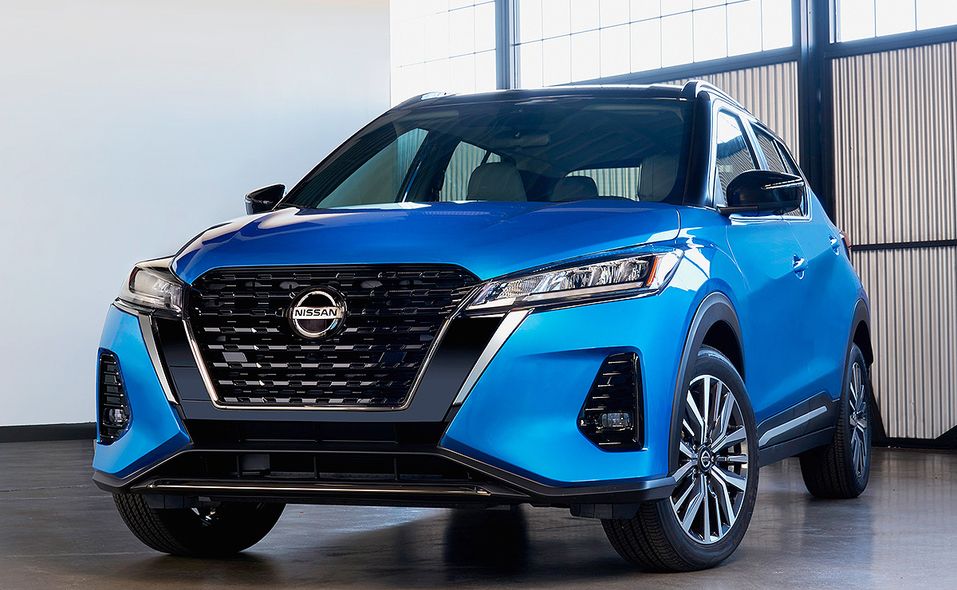 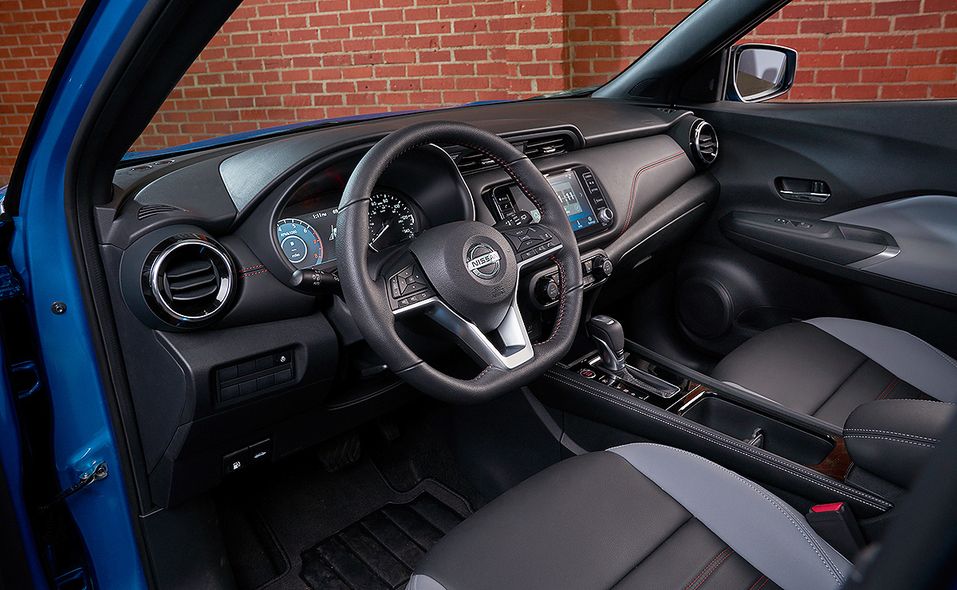 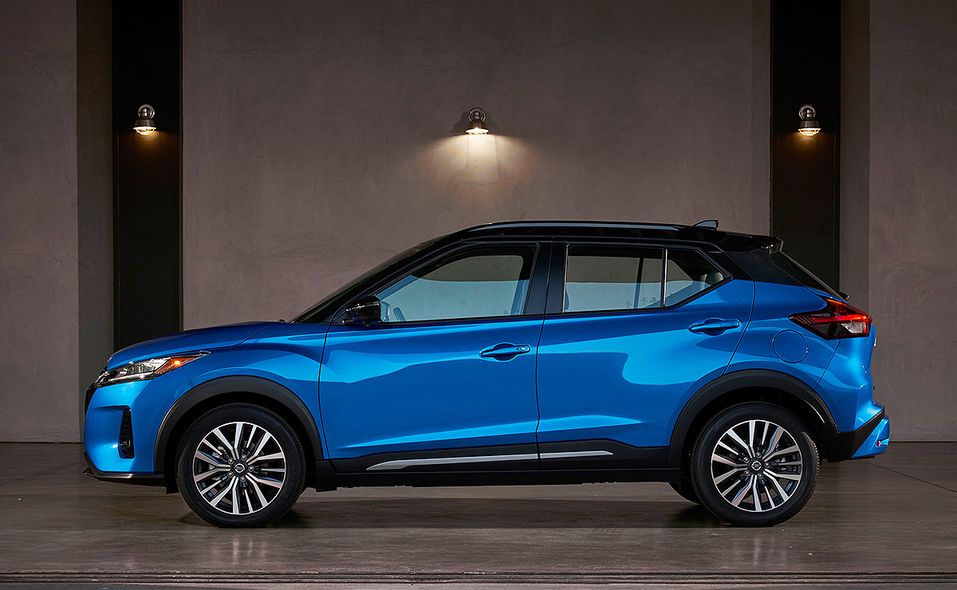 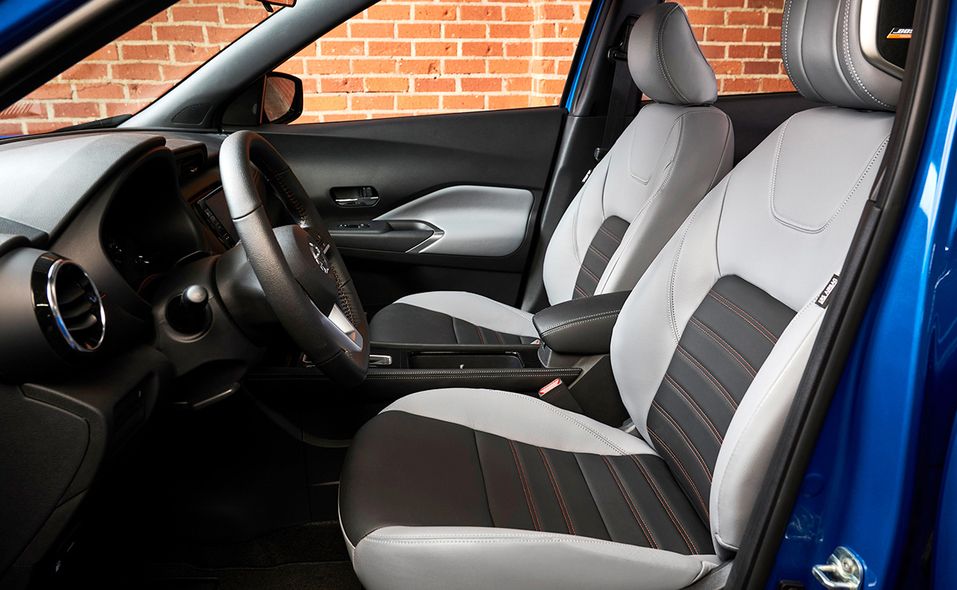 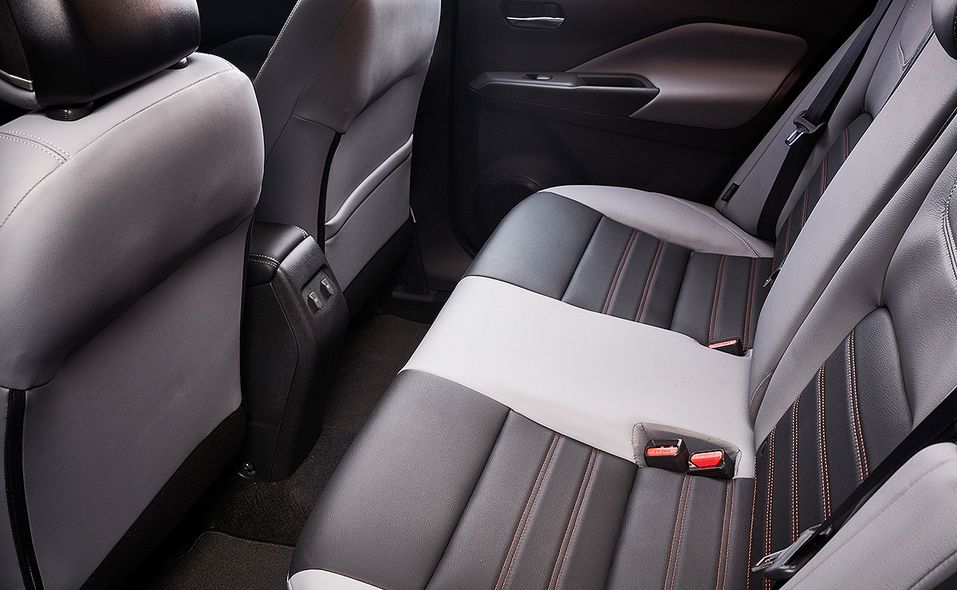 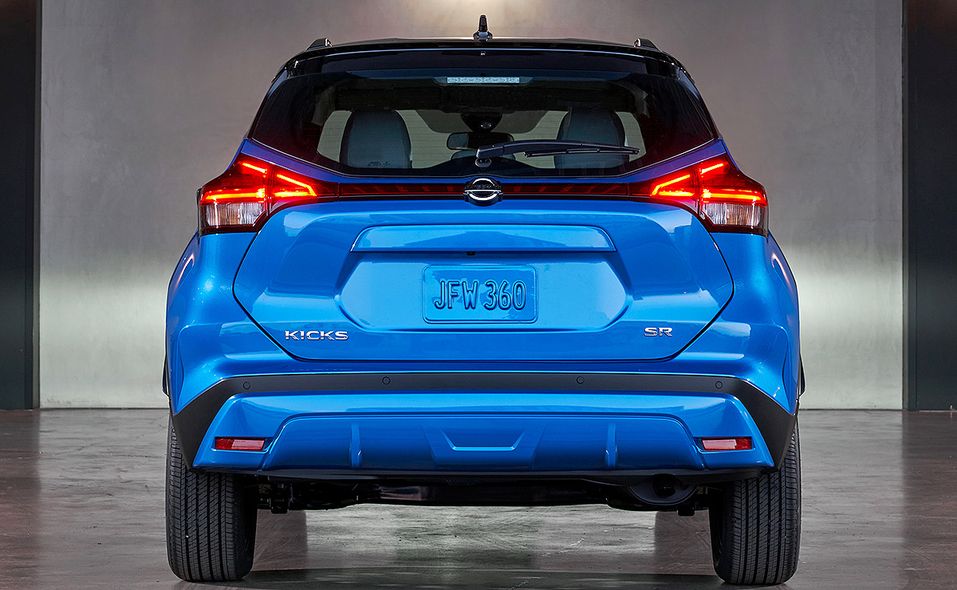