The new model features E-Active Body Control, a suspension system developed by Mercedes-Benz and powered in part by the 48V on-board electrical system.

Mercedes-Benz is bringing ultraluxe to its flagship SUV, the GLS.

The 2021 Mercedes-Maybach GLS will arrive in U.S. stores by the end of next year, the automaker said. It will be manufactured at Mercedes' factory in Alabama, Automotive News first reported in March.

The new Maybach, based on the all-new third-generation GLS platform, would be the most expensive passenger vehicle made in America. The model is expected to be priced at about $200,000, sources said. Mercedes did not disclose pricing.

Ultraluxury SUVs, which often share platforms with much less expensive vehicles, are cash cows for automakers. The global market for ultraluxury SUVs should grow from around 7,500 last year to above 20,000 by 2023, according to AutoForecast Solutions. About 75 percent of these vehicles will be sold in the U.S. and China.

"Until recently, the proverbial big black sedan was the sure sign of success and prestige, but today, SUVs have eclipsed sedans as the luxury vehicles to be seen in," Kim said. "The Maybach GLS should easily find an audience with younger celebrities, or the scions of older oligarchs."

The unibody Maybach GLS is powered by a specially developed 550 hp V-8 engine. The engine is combined with a 48-volt electrical system paired with an integrated starter generator, known as EQ Boost, that can add up to 21 hp for short periods of time. The Maybach GLS can accelerate from 0 to 60 mph in 4.8 seconds and reach a top speed of 130 mph.

The new model features E-Active Body Control, a suspension system developed by Mercedes-Benz and powered in part by the 48-volt on-board electrical system.

The technology combines a hydropneumatic active suspension with the Mercedes Airmatic air suspension system and allows spring and damping forces to be individually controlled at each wheel, counteracting body roll, pitch and squat, the automaker said.

The interior is available as a 5-seater or a 4-seater, with all seats are electrically adjustable, heated, ventilated and equipped with massage.

Exterior highlights include the Maybach-exclusive grille with vertical louvres, a standing Mercedes-Benz star on the hood (a first for a Mercedes SUV), chrome trim elements and retracting Maybach running boards.

The dashboard of the Maybach GLS is anchored by twin 12.3-inch displays housed behind a continuous glass surface to form a large free-standing screen.

The interior is available as a five-seater or a four-seater, with all seats electrically adjustable, heated, ventilated and equipped with massage. 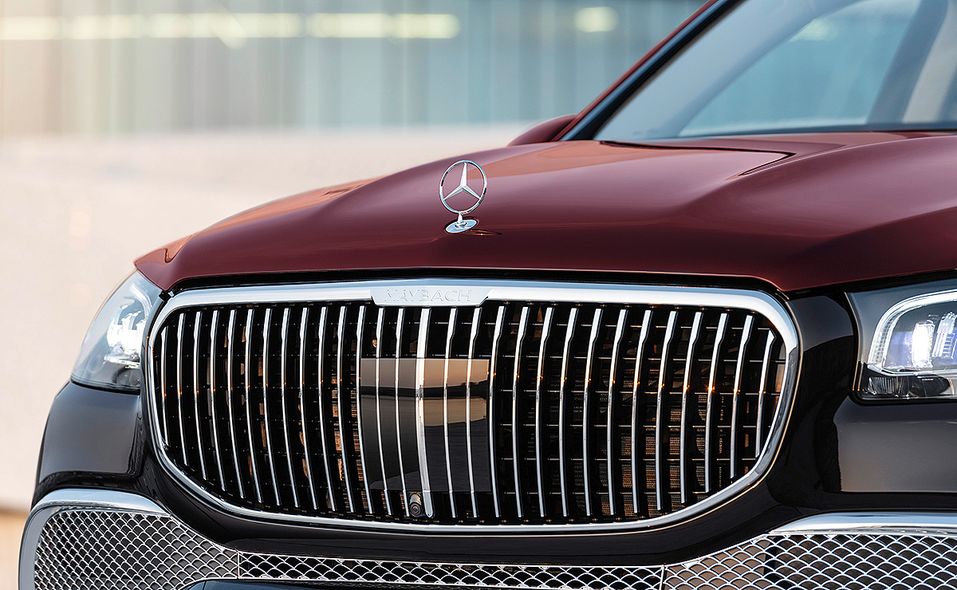