The battery-powered EQE sedan is the first of up to four Mercedes EVs planned for the U.S. next year.

September 05, 2021 12:00 PM
Urvaksh Karkaria
Print
The EQE is comparable to the CLS coupe in size, but the interior, below, is roomier than the E-Class.

Mercedes-Benz is aiming for a sweet spot of the luxury-sedan market with its newest electric vehicle — the midsize EQE.

The gasoline-powered E-Class sedan has been a longtime cornerstone of Mercedes’ lineup, and the automaker is eager to hang on to those buyers as the market shifts to EVs. Midsize sedans are the second-largest luxury-car segment behind compacts, according to the Automotive News Research & Data Center.

The EQE, introduced Sunday ahead of the Munich auto show, is based on Mercedes’ new Electric Vehicle Architecture and will go up against the Audi A6 E-tron and BMW’s planned electric version of the 5 Series. It will be built in Bremen, Germany, and Beijing and arrive in the U.S. in the second half of 2022.

It will be the first of up to four Mercedes EVs planned for the U.S. next year as the automaker looks to undercut Tesla’s lead while challenging traditional rivals that are also rapidly electrifying their lineups.

The EQE will launch with two variants, including the 288-hp EQE 350, Mercedes said. Details of the other model were not disclosed.

All EQE models have an electric drivetrain on the rear axle. Later versions with 4Matic will be equipped with a motor at the front axle.

Mercedes also reduced the amount of cobalt, an expensive material that helps stabilize and boost energy density, in the 90-kilowatt-hour lithium ion battery to less than 10 percent.

The EQE has a slightly shorter wheelbase and more-recessed flanks than the top-of-the-line EQS sedan, which went on sale this summer.

Its exterior dimensions are comparable to those of the CLS midsize coupe, while the interior is roomier than the traditional E-Class, Mercedes said.

The EQE features the futuristic and jumbo display that debuted on the EQS. The 56-inch curved MBUX Hyperscreen stretches the width of the cabin and combines several displays, including the instrument cluster and infotainment screens.

The Hyperscreen is part of the next generation of the brand’s MBUX infotainment system, which uses artificial intelligence software to serve up information based on the user’s past actions and the vehicle surroundings. 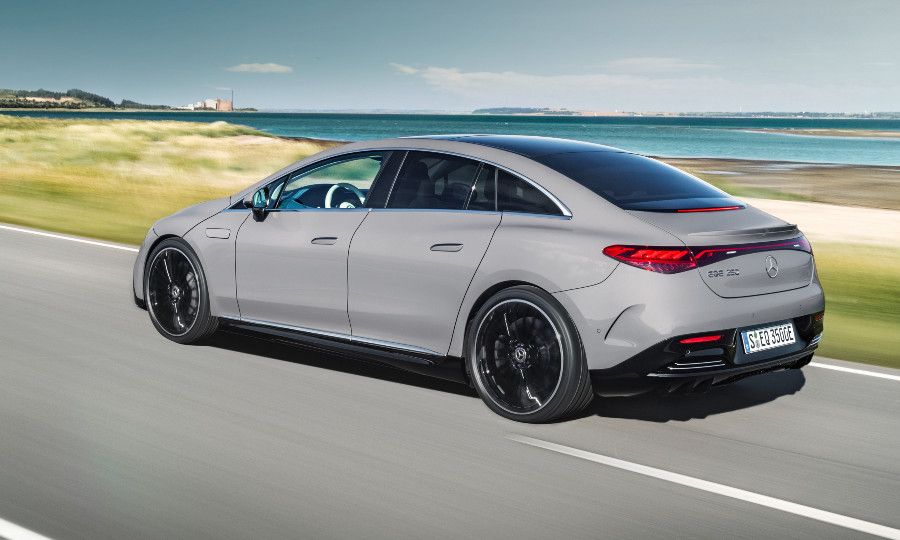 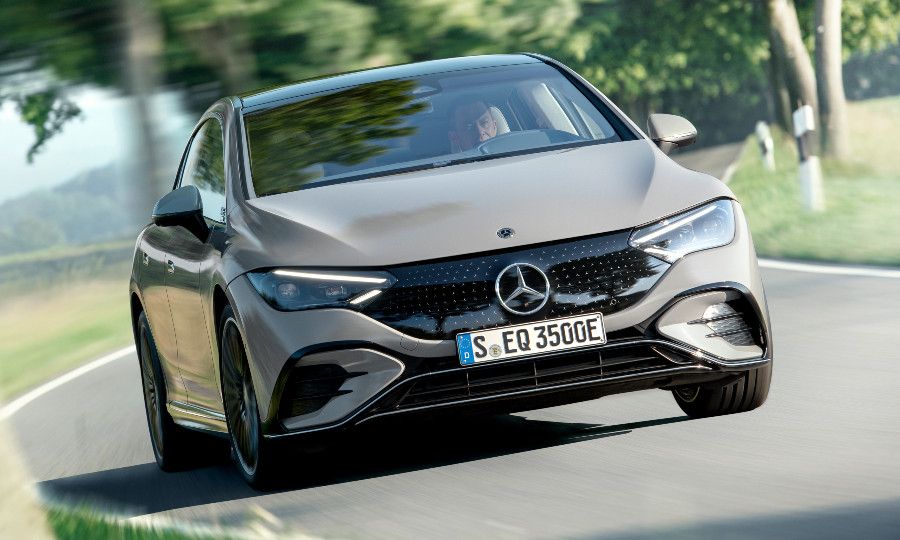 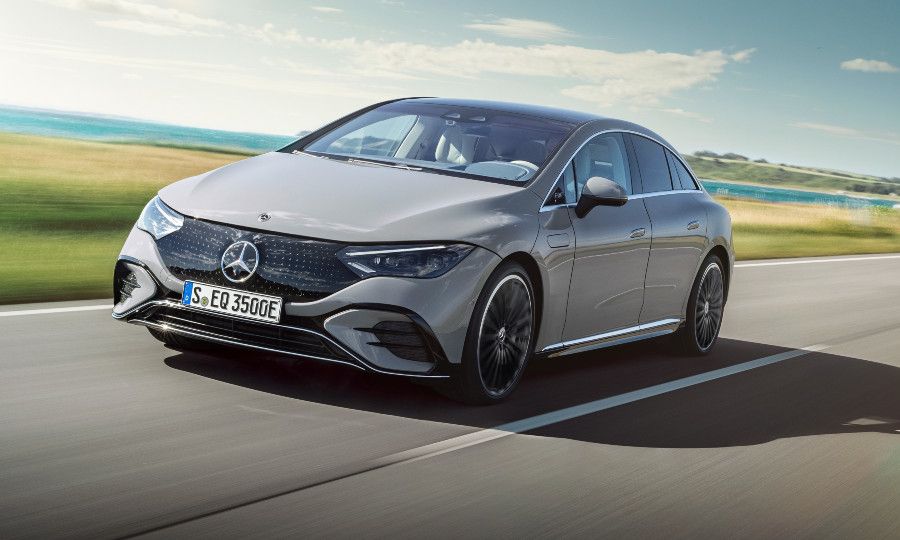 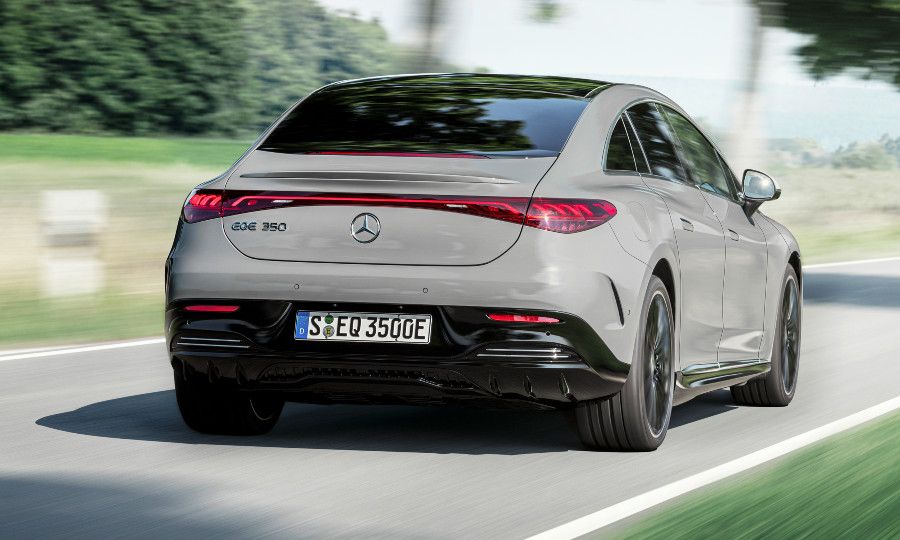 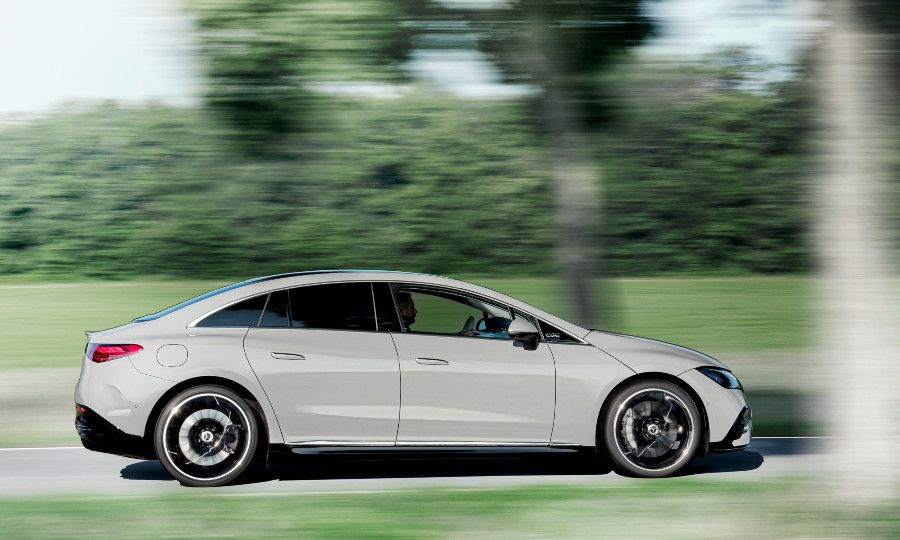 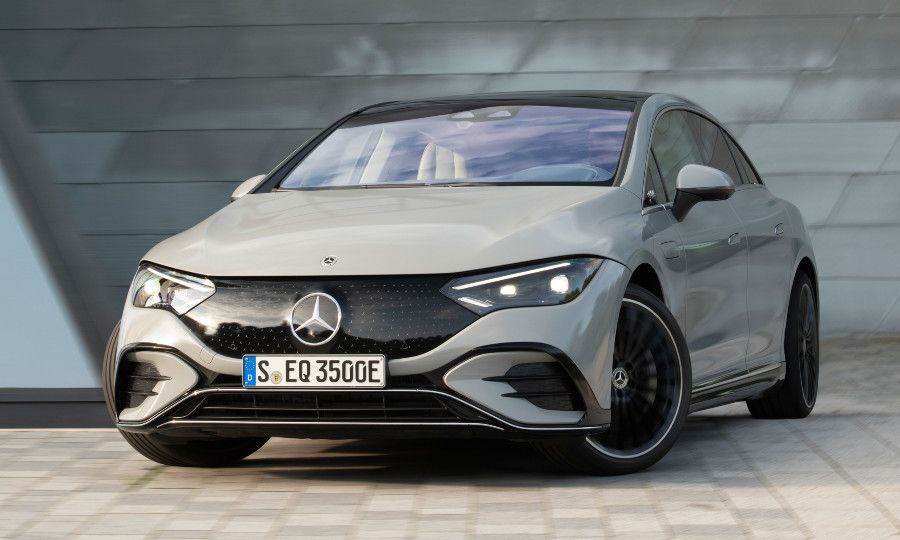 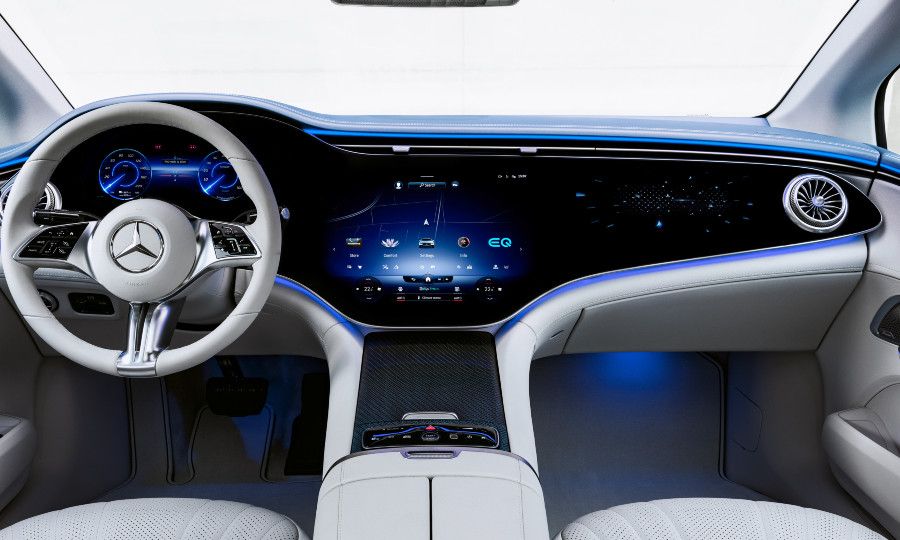 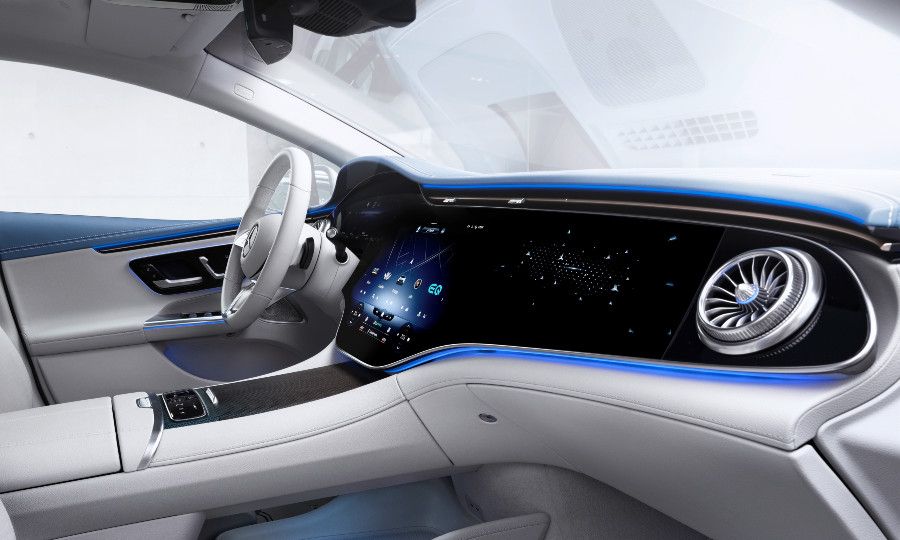