The small crossover uses a gasoline rotary engine as a power generator that helps give it an electric-only range of 53 miles.

BRUSSELS -- Mazda has revived its rotary engine a decade after discontinuing the cult powerplant by adapting it for the electrification era.

The MX-30 e-Skyactiv R-EV plug-in hybrid, which debuted at the auto show here Friday, uses a gasoline rotary engine as a power generator that along with a 17.8-kilowatt-hour lithium-ion battery helps give the small crossover an electric-only range of 85 km (53 miles).

Mazda said that amount of range should allow customers to use the car in electric mode for a most of their daily driving needs. The 85 km target was decided on by Mazda after gathering data on customers’ real-life range needs.

The MX-30 e-Skyactiv R-EV’s rollout makes good on a promise by Mazda to resurrect the rotary engine after retiring the technology in 2012 when it discontinued the RX-8 sports car. 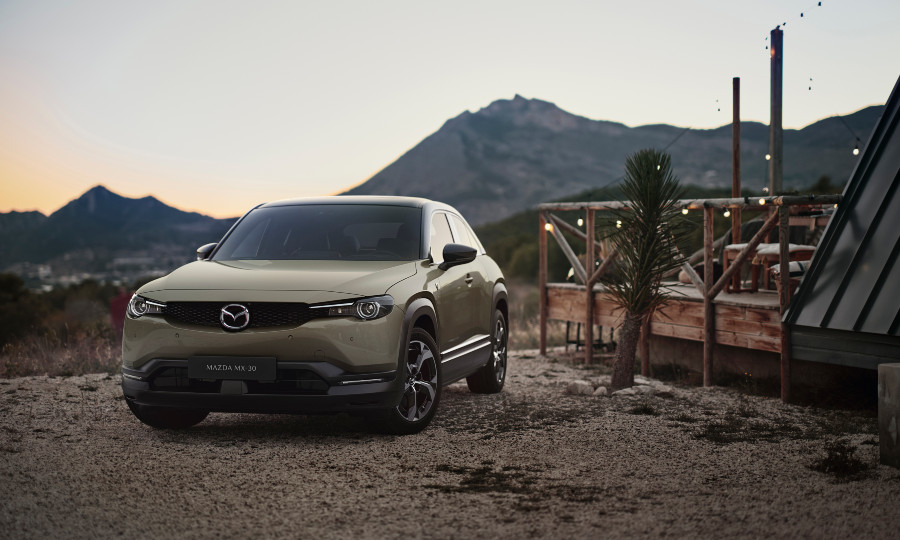 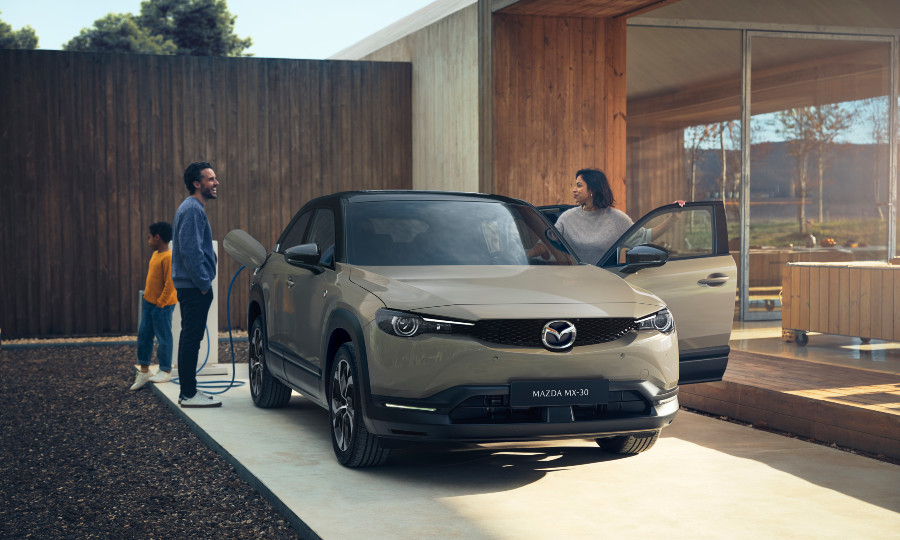 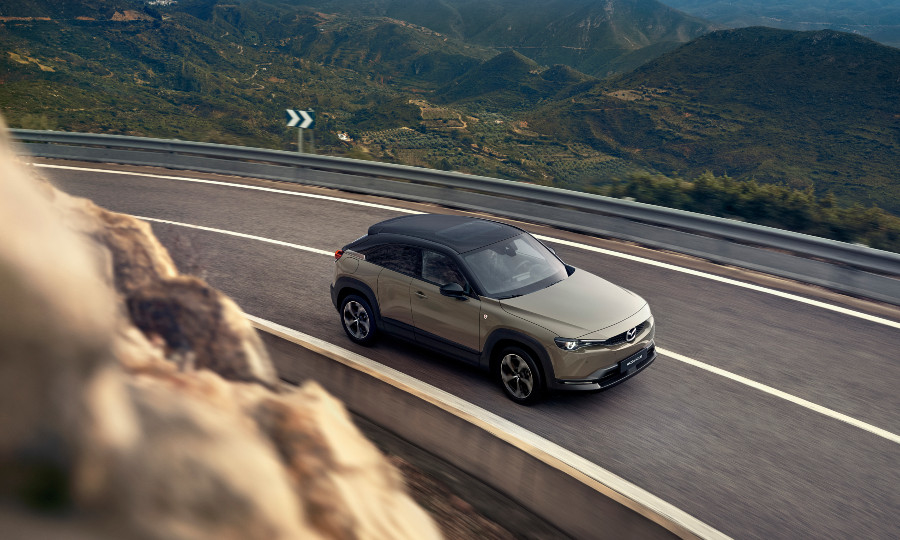 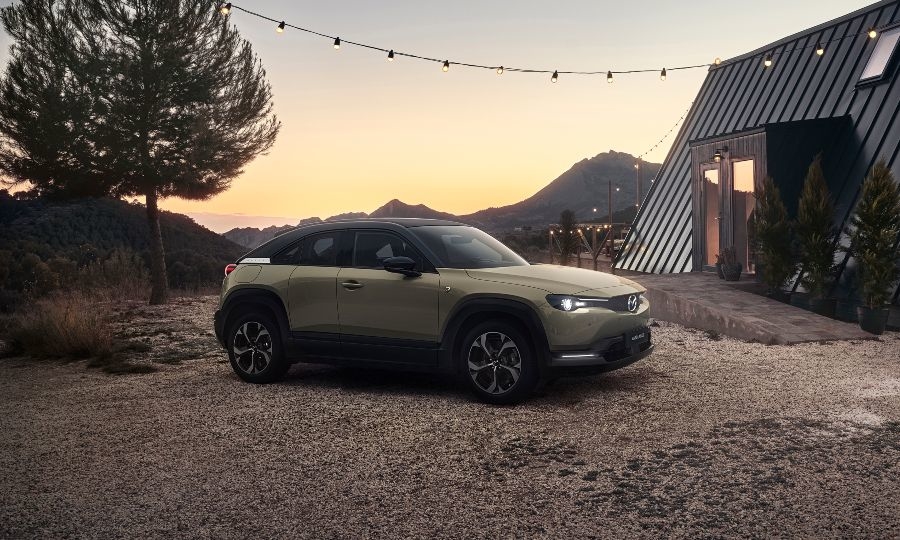 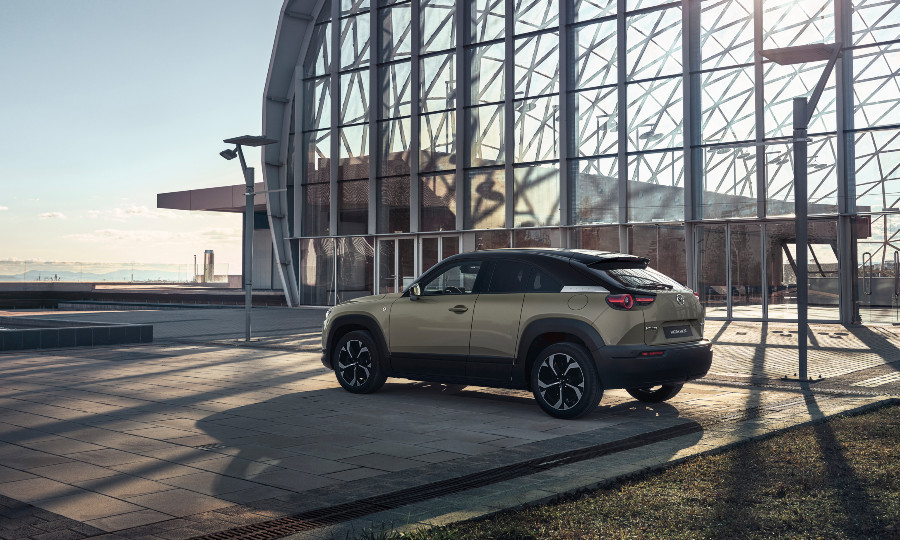 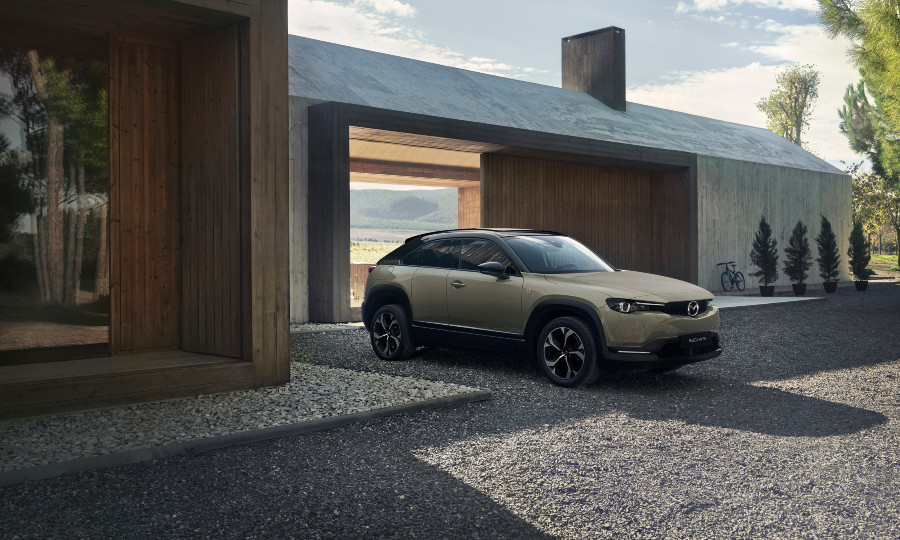 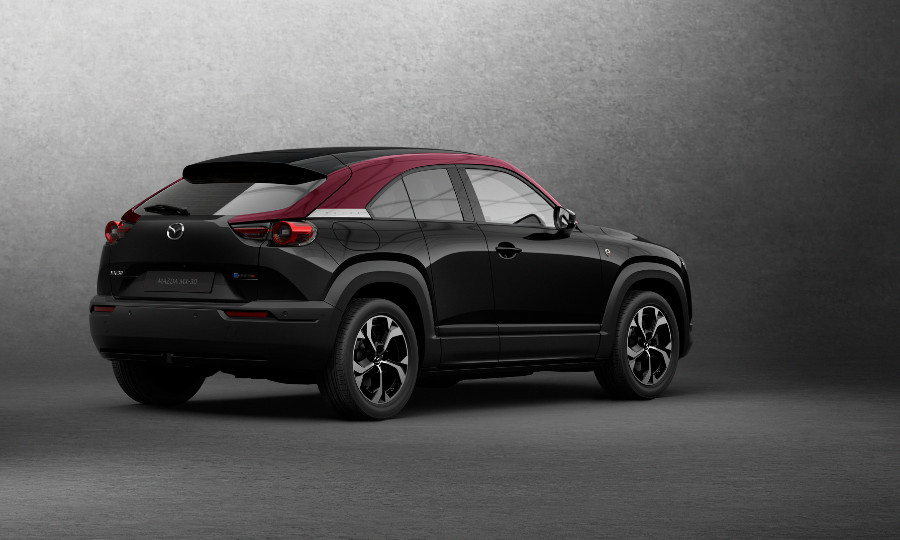 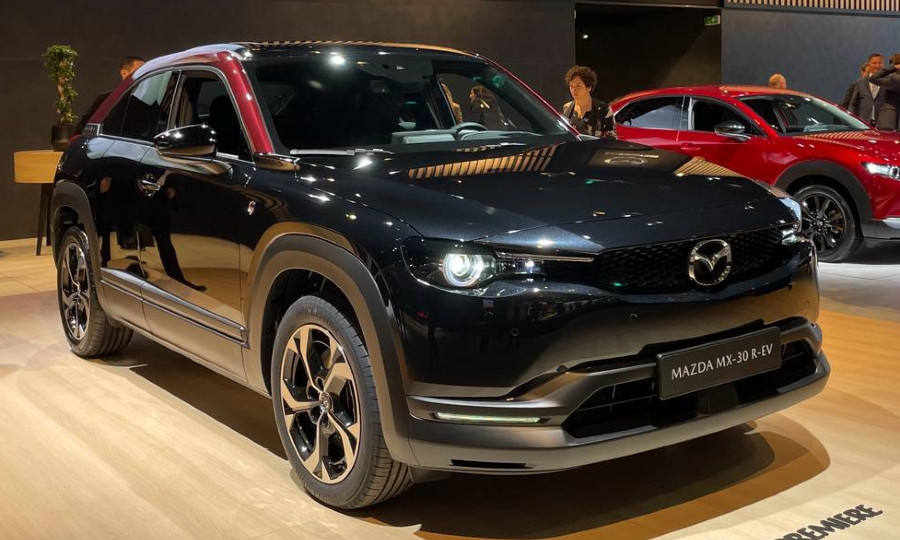 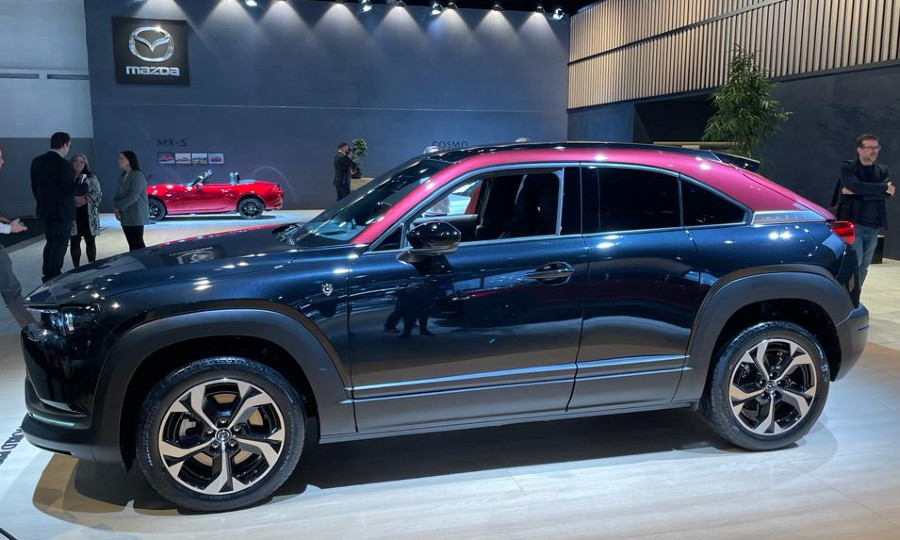 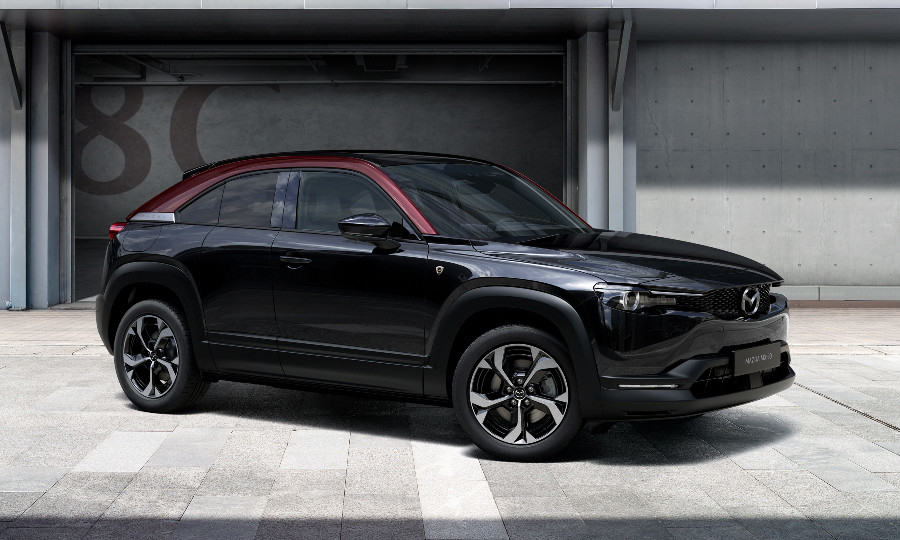 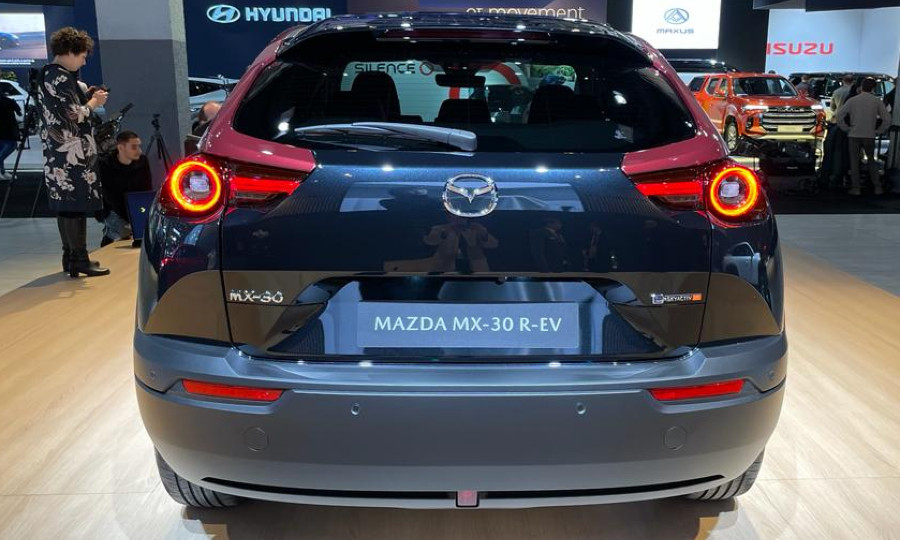 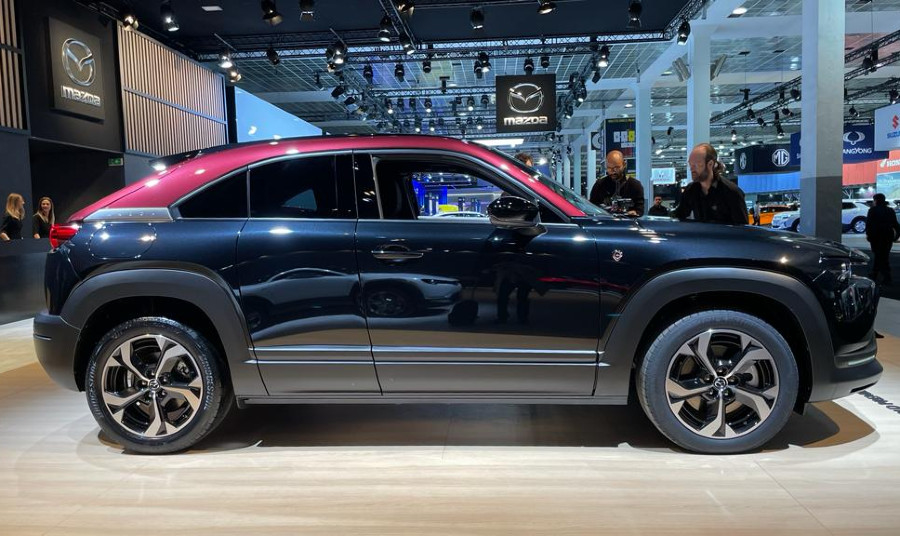 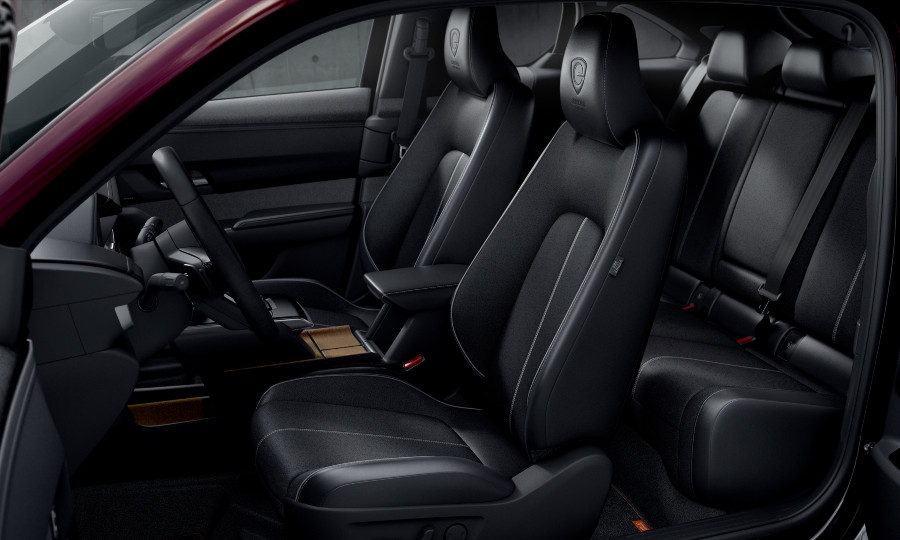 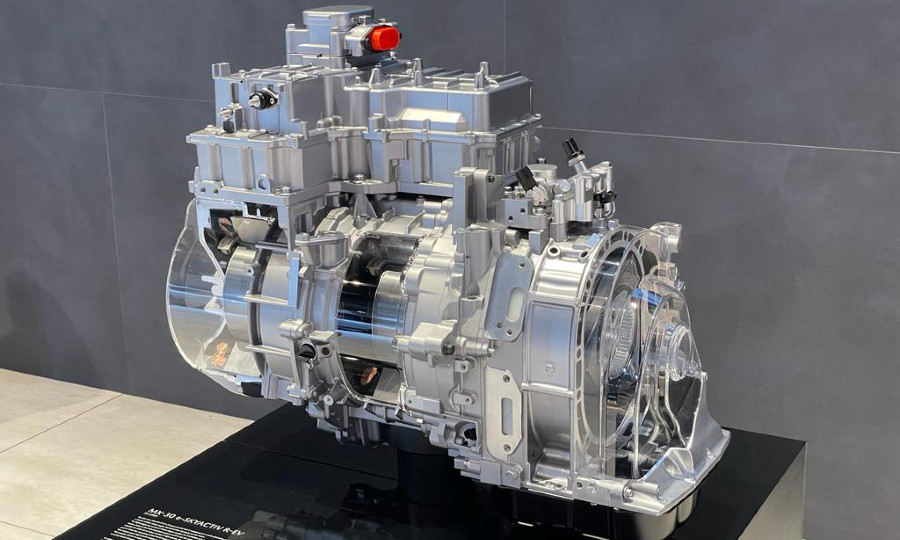 The European deliveries of the MX-30 E-Skyactiv R-EV are expected to start in April at a base price of 38,150 euros in Italy. The crossover is also expected to be offered in Japan, but there are currently no plans to market it in the U.S.

The plug-in variant joins the full-electric version of the MX-30 in Mazda’s European lineup. The small electric crossover, launched in 2020, has been a slow seller – down 46 percent to 5,756 units through November, according to Dataforce.

One issue is, the car’s small battery, just 35 kWh, offers a maximum range of 200 km (124 miles). By comparison, the Hyundai Kona Electric small crossover, which has a 64-kWh battery, offers more than double the MX-30 EV’s range.

A third member of Mazda’s MX-30 family is the mild hybrid variant that debuted in 2021 and is not sold in Europe.

Talk of deploying an updated rotary in the MX-30 has swirled since the model family debuted at the 2019 Tokyo auto show.

Mazda considered using the powerplant in a range extender but opted for a plug-in variant. That allowed it to further reduce the size and cost of the battery, compared with a range extender. But the engine would operate more frequently.

The rotary engine generates maximum output of 55 kW (74 hp) at 4,700 rpm and is more compact than a reciprocating engine with similar output, Mazda said.

The MX-30 plug-in hybrid’s single-rotor is 15 kg (33 pounds) lighter than the double-rotor engine used on the RX-8. A key difference is that aluminum was used for the engine housing instead of steel.

The car has V2L (vehicle to load) power capabilities, meaning it can run electrical appliances and devices up to 1500 W.

The plug-in hybrid can be charged to 80 percent from 20 percent using a DC fast charger of 36 kW or more in about 25 minutes. That same charge takes 50 minutes using three-phase 11 kW AC charging  and 90 minutes with 7.2 kW AC charging.

Mazda says rotary engines will be a key part of its electrification strategy because they can be easily combined with other components such as generators, batteries and fuel tanks to create multiple powertrain options for the same vehicle.

The rotary engine was first used by Mazda in 1967 in the Mazda Cosmo Sport (also known as the 110S). The Japanese automaker said since then it has produced more than 2 million rotary engines, more than any other vehicle manufacturer.