Lincoln resets with new design, experiences for the EV age

Lincoln is looking to differentiate itself as it enters the EV era later than many of its rivals.

Lincoln’s Star concept has “rejuvenation moods” in specific themes that include audio, ambient lighting, animations and scents, along with other design flourishes.

LOS ANGELES — Lincoln Motor Co. spent the better part of the past decade reinventing itself around the idea of a sanctuarylike driving experience it calls "quiet flight."

But with electric vehicles popularizing the idea of quiet cabins even on mass-market models, Ford's luxury arm is looking to differentiate itself even further. The Lincoln Star concept, unveiled here last week, signals the brand plans to do so by engaging nearly all of the driver's senses.

Key to the concept's interior are what the brand calls "rejuvenation moods" that include audio, ambient lighting, video animations and even scents pumped through the cabin and tailored around specific themes. Executives hope those moods, along with interior design flourishes such as the curved, full-width display and new exterior lighting cues, will help Lincoln's first wave of EVs stand apart and appeal to a different type of buyer looking to go electric.

"We get the opportunity to start over again," Lincoln President Joy Falotico told Automotive News. "Our ICE lineup's beautiful, but this signals a whole other era."

That era can't arrive soon enough for some dealers, who have watched the brand lag premium rivals in transitioning to battery power.

"Lincoln's not the first luxury brand to get into the electric space, so if they're going to do it, they need to stand out and be distinctive," Joe Hay, president of Jim Burke Ford-Lincoln in Bakersfield, Calif., said in an interview.

Hay, who attended the Star's unveiling, said the concept features the type of fresh ideas the brand needs to remain relevant.

"For anyone who has a luxury car franchise these days, what's happened with Tesla and how they've changed the market has people wondering about their own brands and their future," he said. "This gives me a little more confidence in the way Lincoln wants to go."

The Star concept is built on Ford's new rear-wheel-drive/all-wheel-drive EV platform and is roughly the size of the Aviator large crossover, but it is designed with two rows instead of three to give occupants more space.

Falotico: “We get the opportunity to start over again.”

"It's a new species of vehicle," Kemal Curic, Lincoln's global design director, told reporters. "We want to be outstanding in the best possible way."

The exterior features an illuminated Lincoln star logo on the front and sides, as well as accent lighting on the front fascia and a light bar that runs across the entire front and angles upward into the hood.

Other unique features include a hood made of electrochromatic glass that changes from opaque to transparent to reveal what's inside the front trunk; a beverage chiller and lounge seating in the second row; front-row seats that can swivel to make a lounge; and a briefcase located in the rear coach door that can charge the electronics inside it. 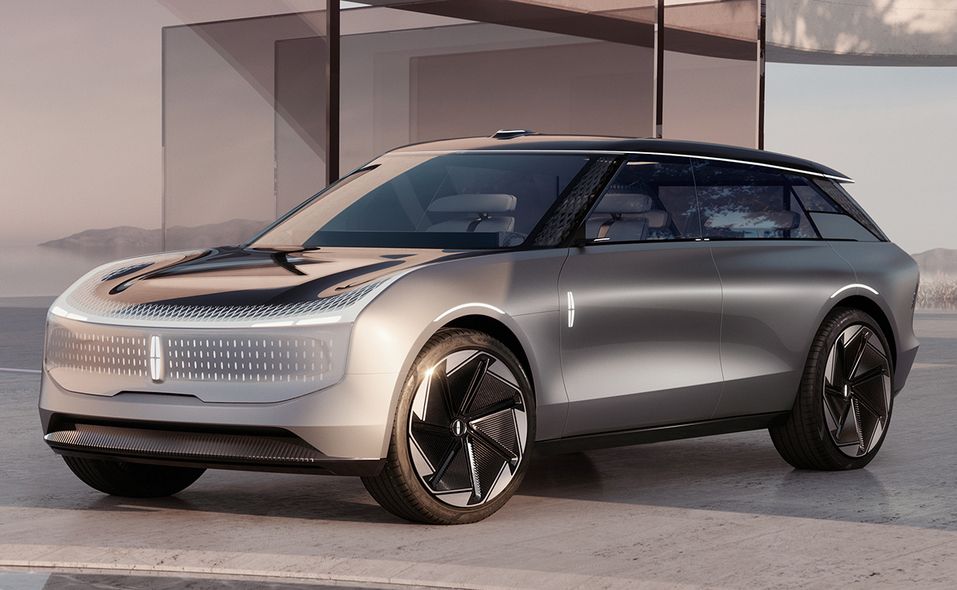 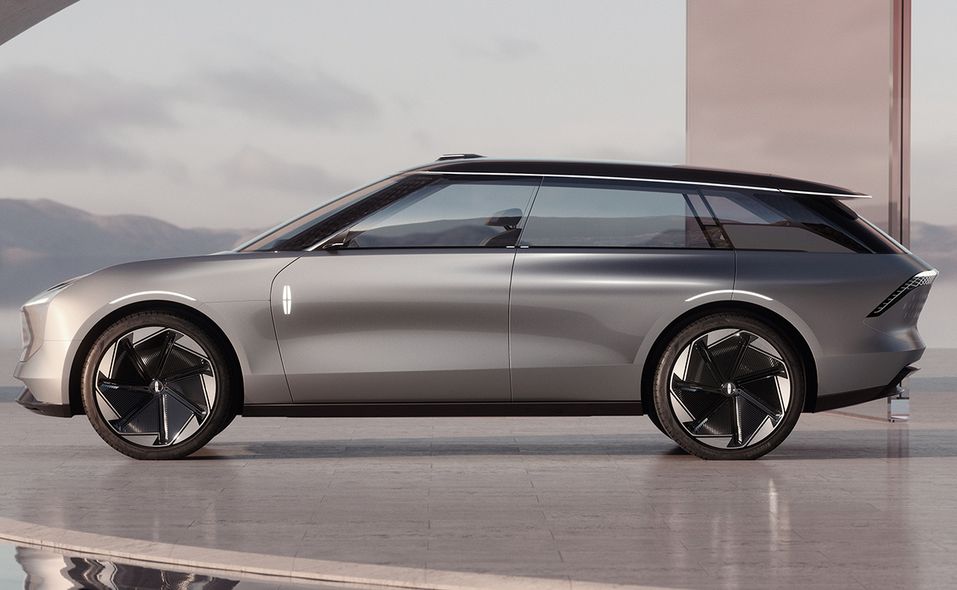 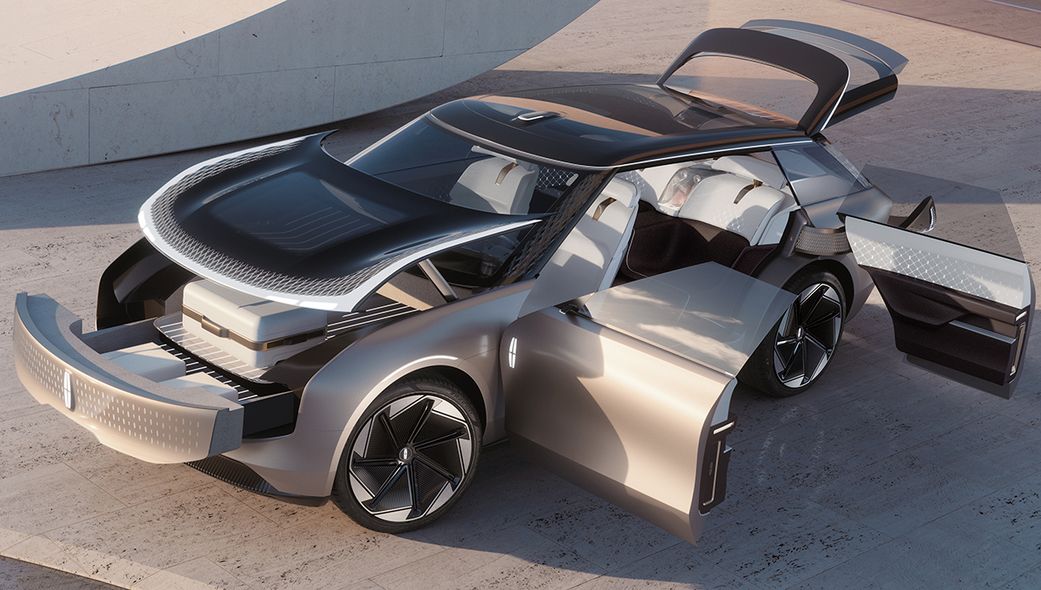 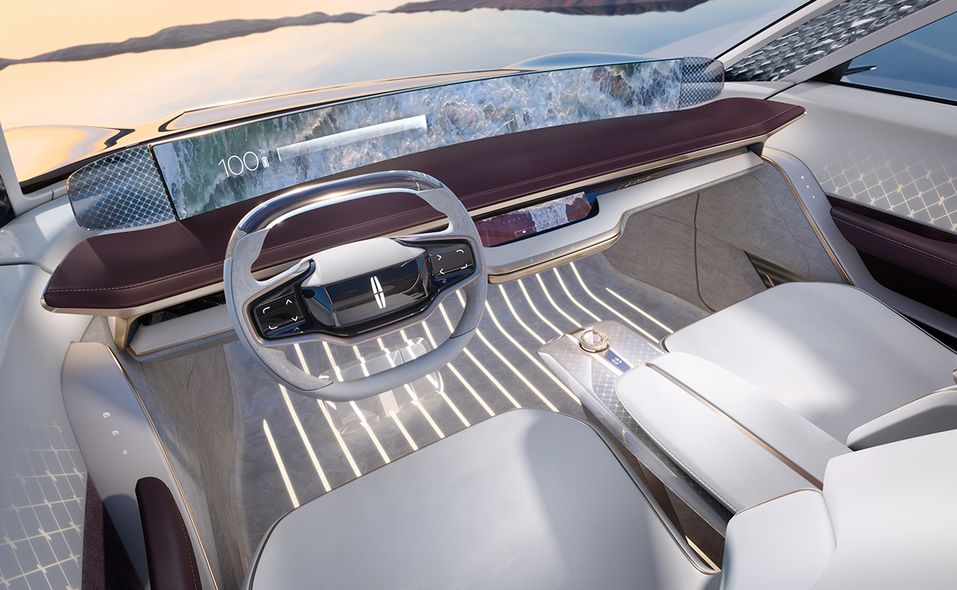 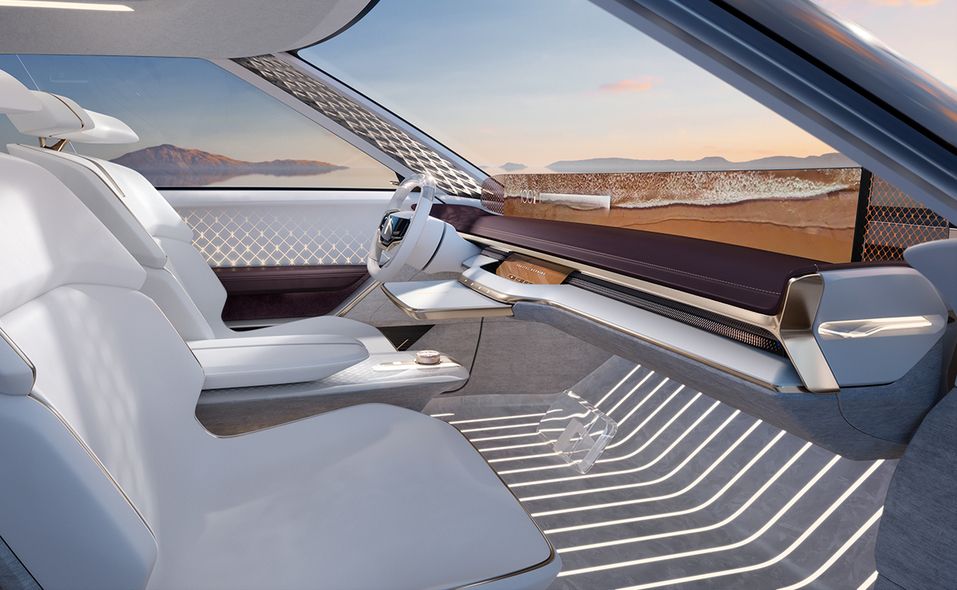 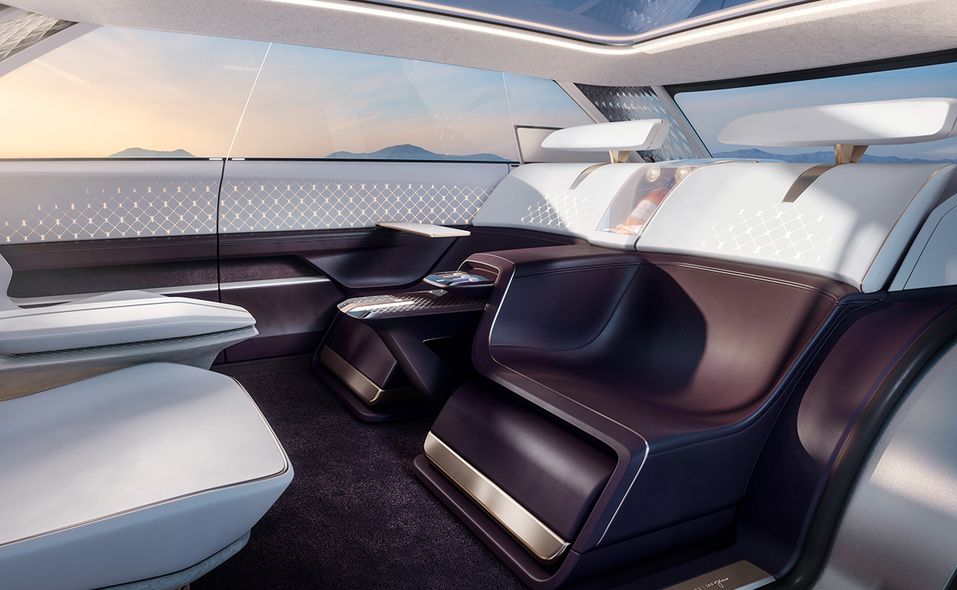 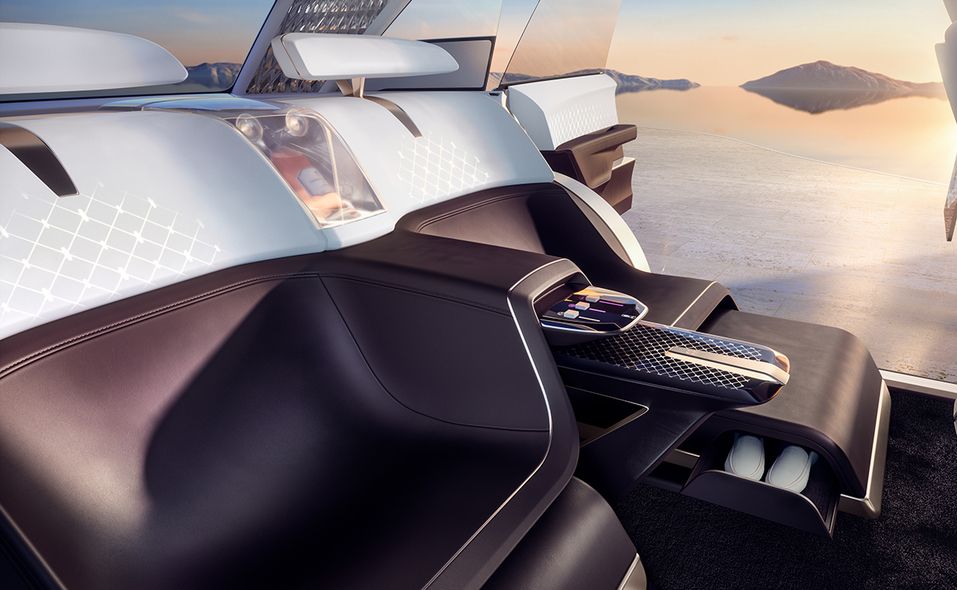 While some ideas likely will never see production, Falotico told Automotive News that a number of the exterior design elements could land on upcoming vehicles. She also suggested that the rejuvenation moods are likely to appear in future models.

Falotico and Curic said the brand plans to use the concept to gauge public reaction to its ideas before implementing them. "This will be our guiding star," Curic said.

As part of the reveal, officials said Lincoln would launch three EVs globally by 2025 and add a fourth in 2026 — accelerating electrification plans announced last June.

Lincoln now says it expects almost 90 percent of its volume in North America to be fully electric by 2030, up from an estimate of 80 percent given last year.

Interior features include a beverage chiller and lounge seating in the second row, and front-row seats that can swivel around.

Those EVs will be expected to help boost its fortunes in the U.S. despite recent sales strides made in China.

After cutting slow-selling sedans such as the Continental and MKZ, Lincoln is celebrating its 100th anniversary of Ford ownership with just four nameplates in its home market.

The pledge to add four EVs over the next four years is welcome news for dealers who have been asked to invest in pricey new showrooms and who have been clamoring for more product even before the global semiconductor shortage curtailed production.

"Future product is more important than ever. It's not just a product anymore, it's what's going to usher in this new wave of our industry."

Sponsored Content: Are you ready for the FTC Safeguard Rule changes? Take this quiz to find out