Kia's sees its next-generation midsize sedan as such an upgrade — from the interior and exterior styling to the high-output engine and newly available all-wheel drive — that the Korean automaker is changing the name. The fifth iteration of the sedan will drop the Optima badge in favor of the K5.

The name isn't out of left field. Kia has long used the K5 moniker for the sedan in Korea, where the redesigned model has been on sale since December. And Kia's large flagship sedan is called the K9 in its home market and the K900 in the U.S. — to avoid any canine association.

Kia presented the 2021 K5 in a virtual event Tuesday.

The K5, which goes on sale this summer in most trims, shares much with the 2020 Hyundai Sonata from Kia's corporate sibling. But the K5 distinguishes itself through exterior design cues from the Stinger sports sedan, along with more subtle front and rear treatments.

The K5's grille is wide and thin, extending into the headlight and hood structure. From the side, the car has a "fastback silhouette" that slopes at the rear to create a coupe-like look, an ongoing design theme of sedans. The rear lights form a horizontal bar.

Like the Sonata, the Kia is lower, wider and longer than the outgoing model. It is built in Kia's West Point, Ga., assembly plant alongside the Telluride crossover.

The K5 will come in five trims: LX, LXS, GT-Line, EX and GT, which has the highest performance.

Engaging the automatic transmission is now done with an "aircraft-type" knob that takes less space than a standard shift lever. Available interior options include red leather seating, a panoramic sunroof and a flat-bottom steering wheel on the sport trims, Kia said.

Mechanically, the K5 receives new engines and transmissions. The standard engine is a 1.6-liter, four-cylinder turbo with 180 hp routed through an eight-speed automatic shifter. That's an improvement over the Sonata, which has a less-refined, non-turbo base engine. 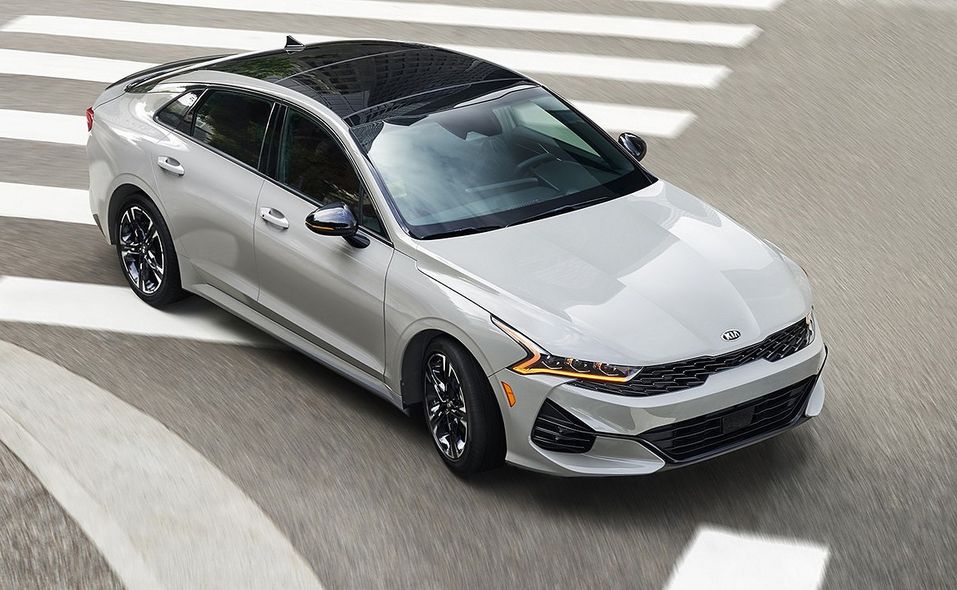 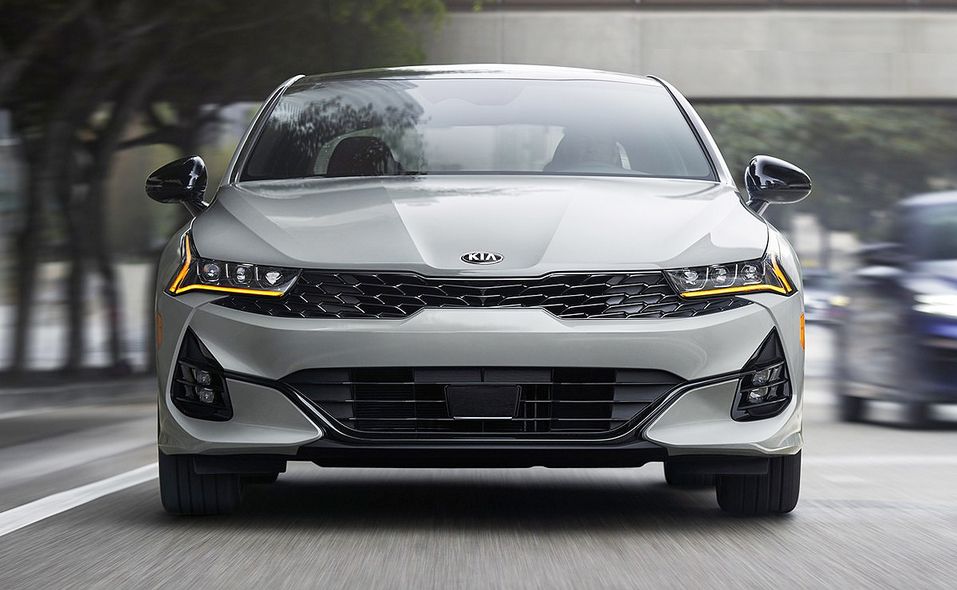 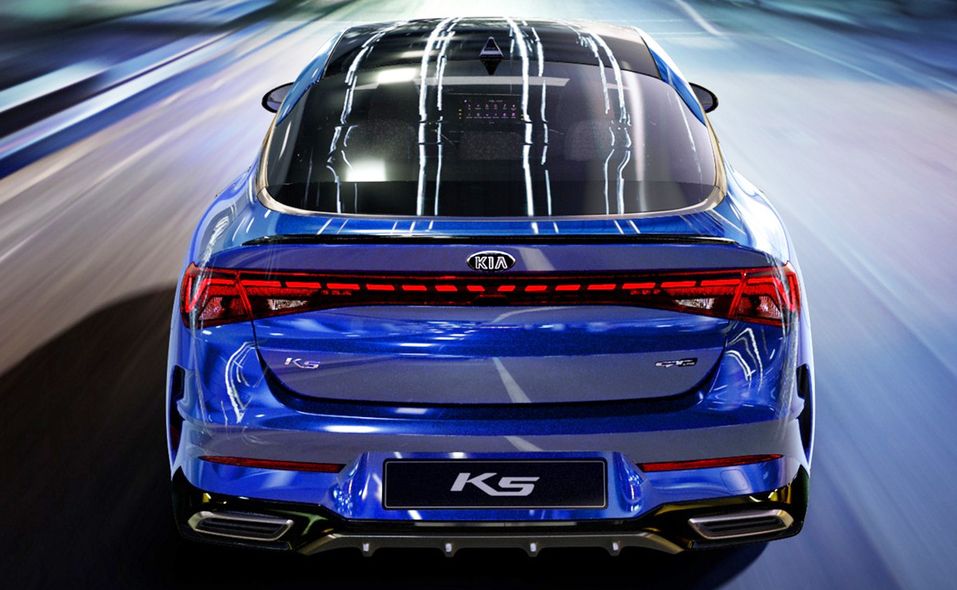 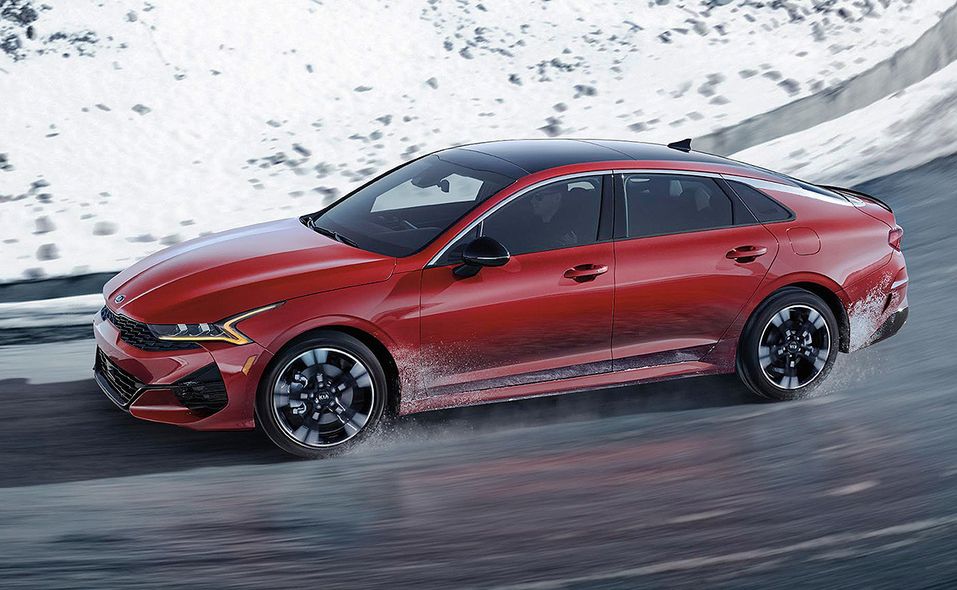 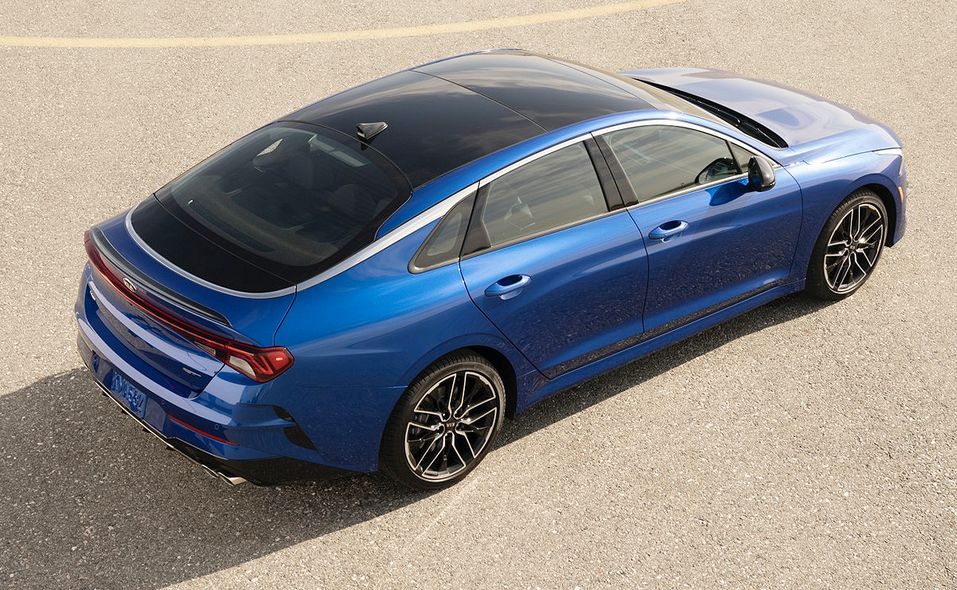 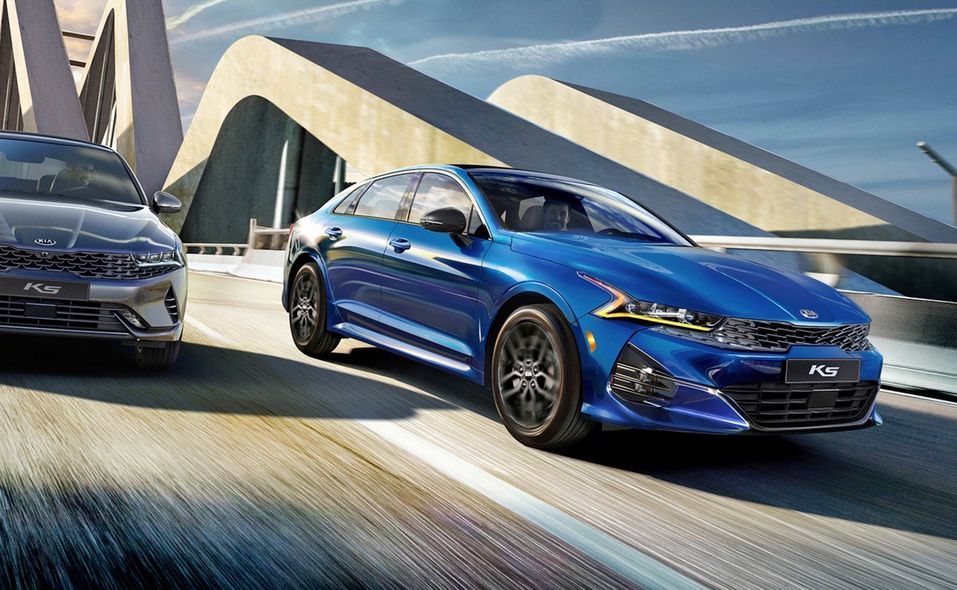 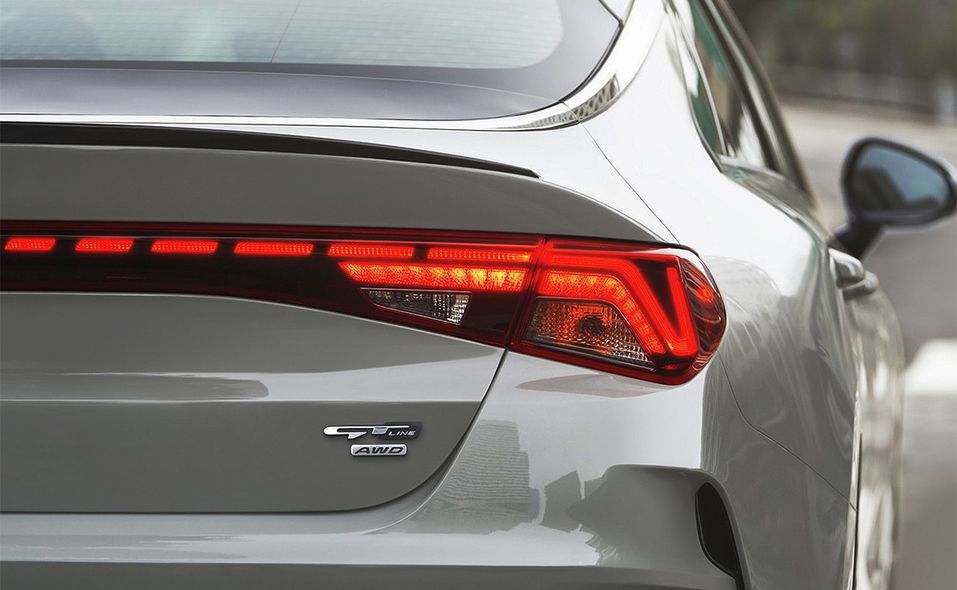 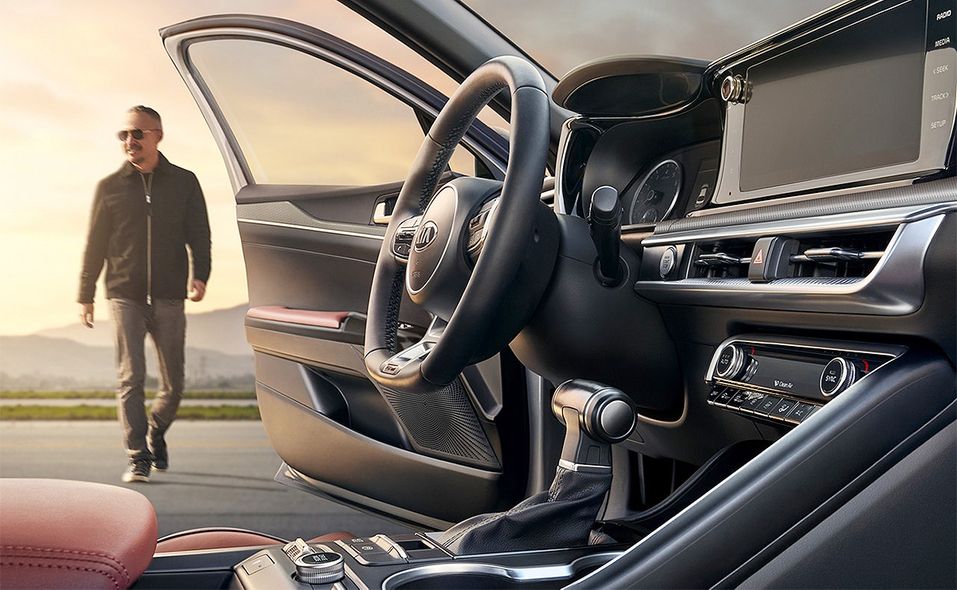 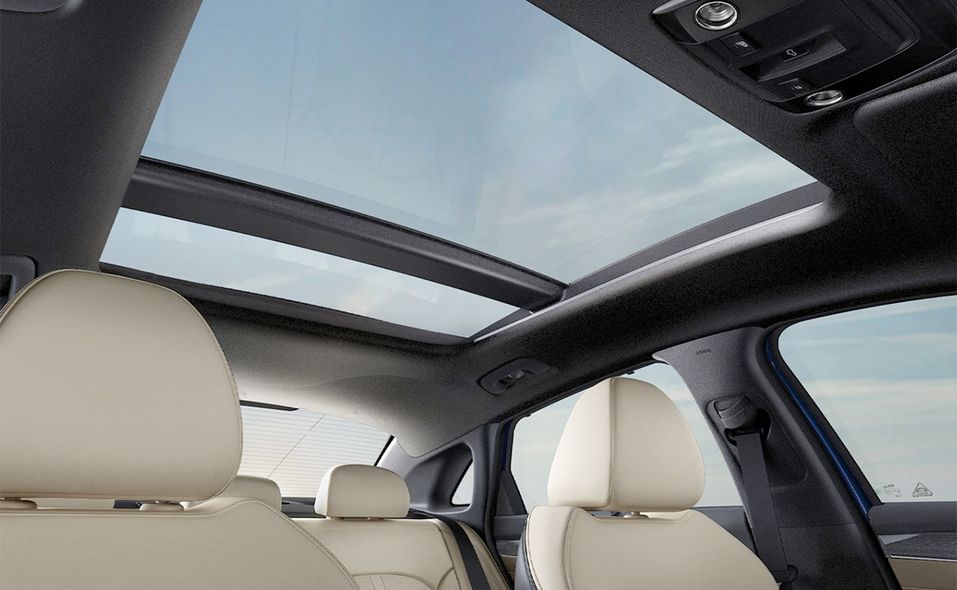 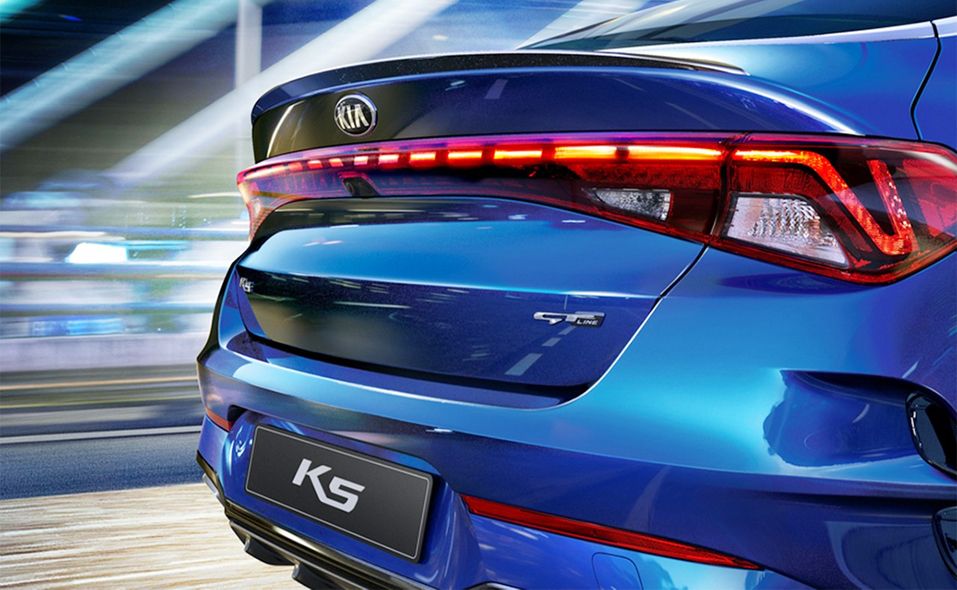 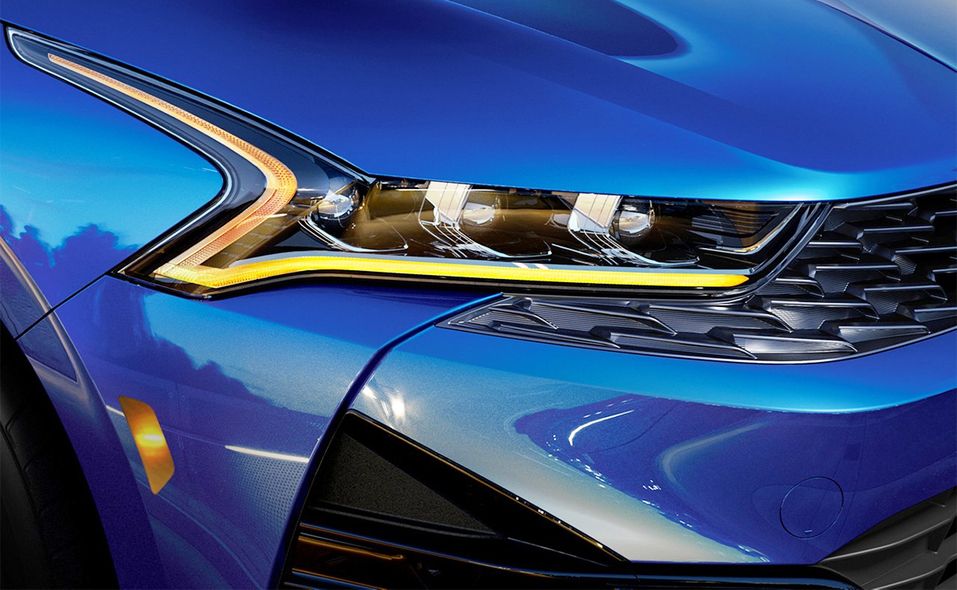 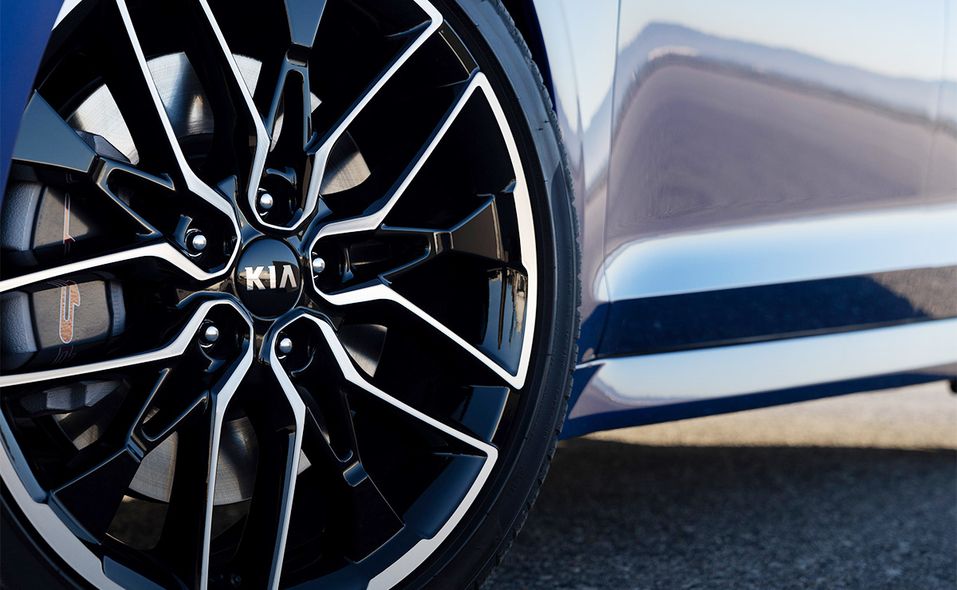 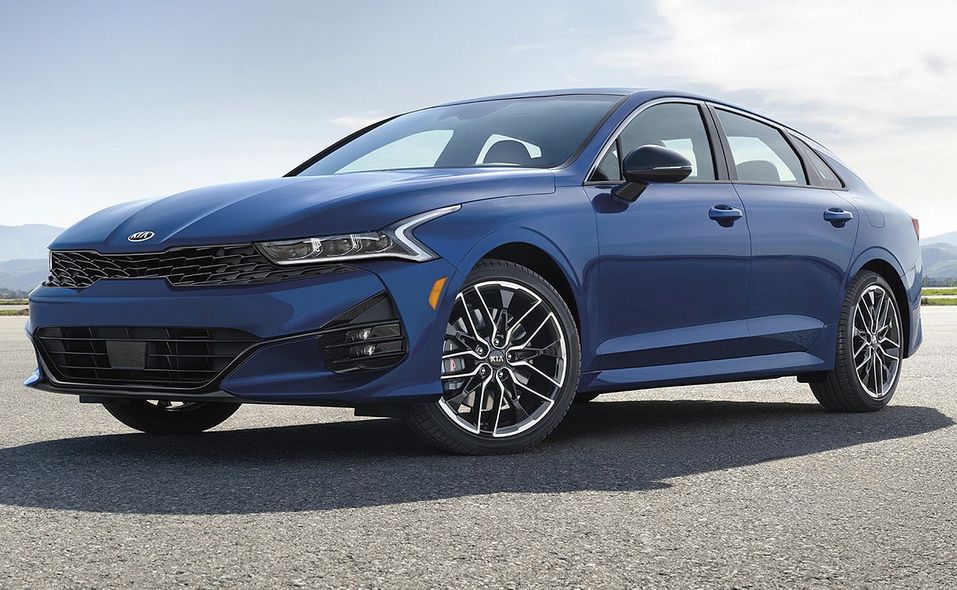 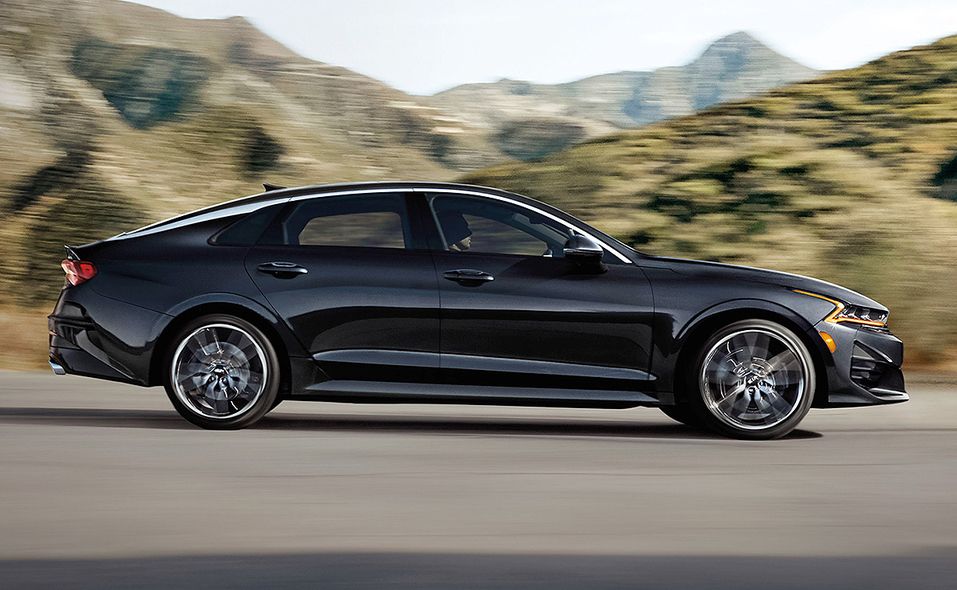 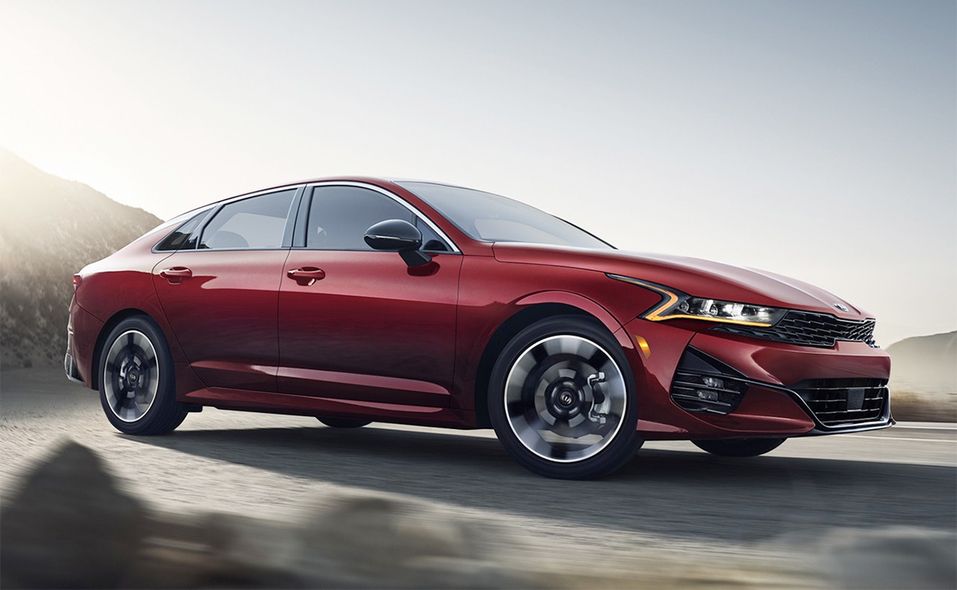 On the top trims, Kia offers a new 2.5-liter turbo engine with 290 hp mated to a newly developed eight-speed "wet" dual-clutch automatic transmission, with faster shifts for spirited driving. The GT trim with the performance mechanicals will be available in the fall, Kia said.

Kia also will offer awd for the first time in the K5. In addition to improved maneuverability in rain, snow and other inclement weather, it offers enhanced handling in a variety of road conditions by distributing power between the front and rear wheels, Kia said. The awd option will be available late this year.

The K5 will come with a standard safety suite that includes forward-collision warning, driving-attention warning and lane-following assist. Optional safety features include blind-spot collision avoidance and rear-collision emergency braking while backing up.

Kia has not released pricing on the K5.

Like its Hyundai Sonata corporate sibling, the K5, shown with Korean specifications, is lower, wider and longer than the outgoing model.