The De Tomaso P72 has  a classic design that draws on the brand's racing past. Production is expected to begin in 2022.

The Italian sports-car brand De Tomaso Automobili, which is planning a revival with the P72 supercar, said it is moving its operations to the U.S. from Europe.

De Tomaso will build the P72 in North America and is "deep" in discussions with multiple states as potential locations for U.S. operations including production, design and corporate facilities, the company said in a statement released Wednesday.

A formal announcement is expected in the next six months, it said.

De Tomaso was founded in 1959 by the Argentinian racing driver and businessman Alejandro De Tomaso in Modena, Italy. It has a strong U.S. connection because of historical tie-ups with American automakers.

Ford Motor Co. acquired an 84 percent stake in the company in 1971, with de Tomaso himself holding the rest. He suffered a stroke in 1993, after which his heirs liquidated the company. Along with Ford components, De Tomaso looked to entrepreneur Carrol Shelby to help source engines and car designers in the 1960s.

On Wednesday De Tomaso said production of the P72 is expected to begin late 2022, almost two years later than promised last year at the car's unveiling at the UK’s Goodwood Festival of Speed in July 2019.

"Our mission is to bring back the romance, passion and elegance of the luxury American automotive industry with our European sophistication and artisan processes," De Tomaso said in its release.

De Tomaso has said the retro-styled P72 will be powered by a 5.0-liter V-8 developed with U.S. engine tuner Roush. Power is targeted at 700 hp, the company said.

Choi sold Apollo in March to Hong Kong watch and jewelry company WE Solutions, which rebranded themselves Apollo Future Mobility Group to reflect a series of automotive acquisitions and joint venture agreements.

Apollo Future Mobility Group said in a financial report covering the six months to the end of March 2020 that it had licensed the use of the Apollo IE's carbon fiber platform to De Tomaso for three years for $10 million.

De Tomaso is now an independent company with no outside shareholders, it told Automotive News Europe.

De Tomaso’s most famous car is arguably the Pantera coupe launched in 1971, which used Ford V-8 engines and was sold in the U.S at Ford dealers in a partnership between the automakers. 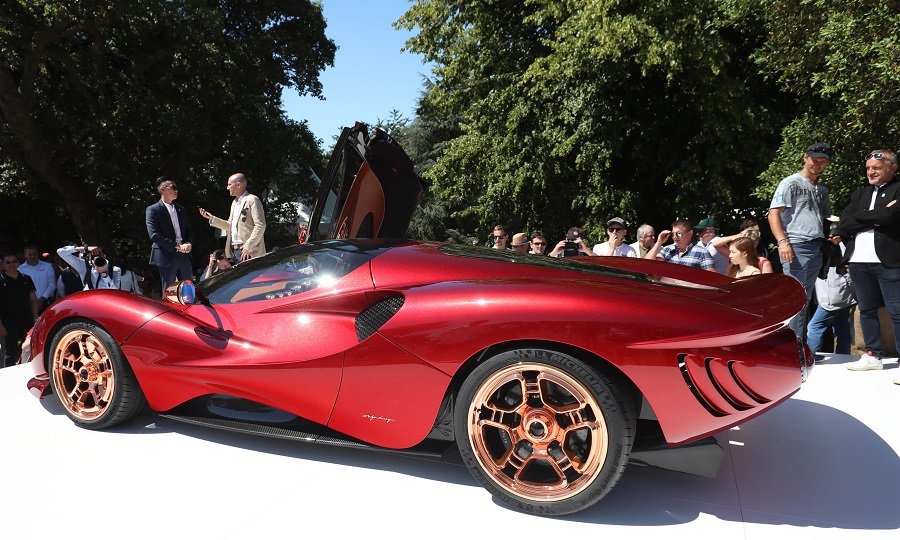 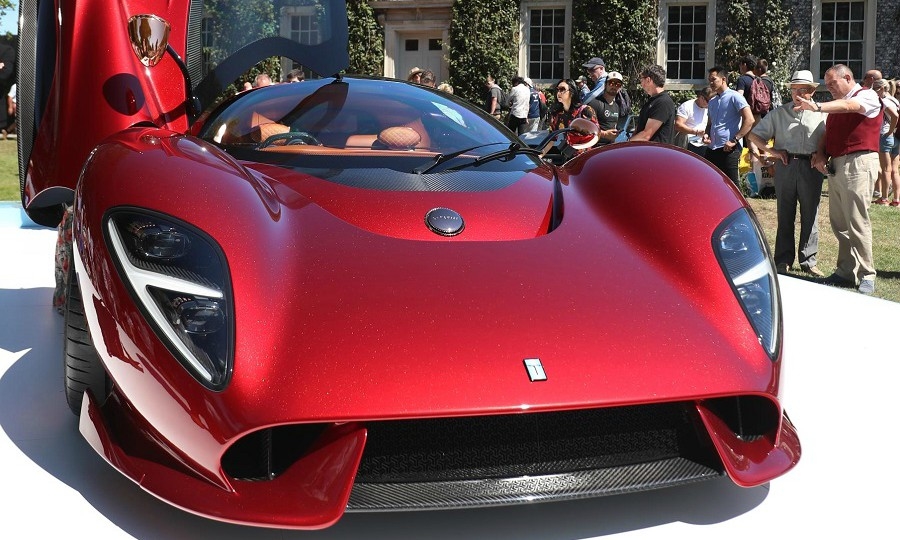 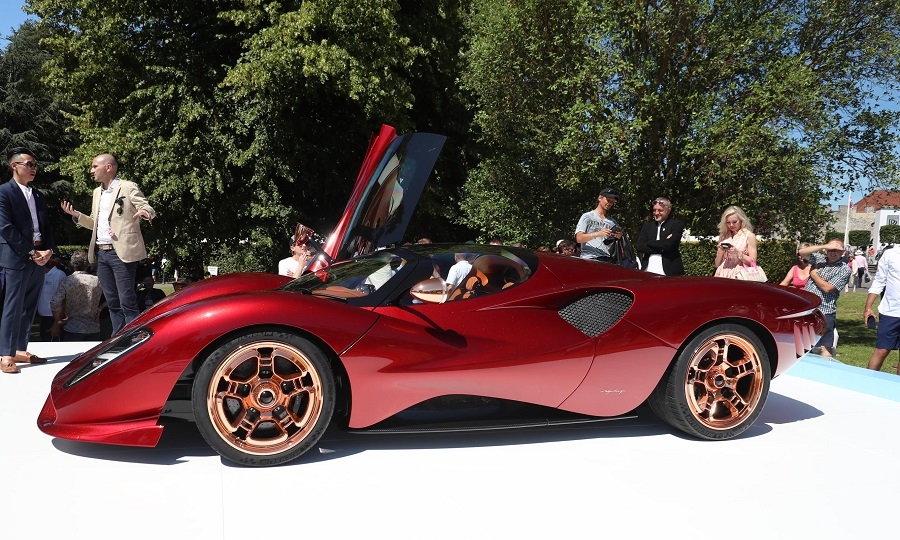 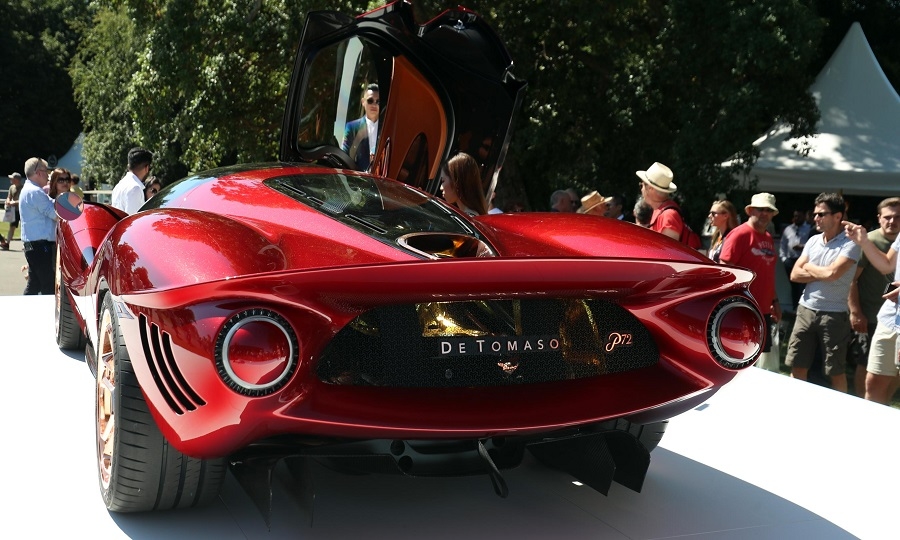 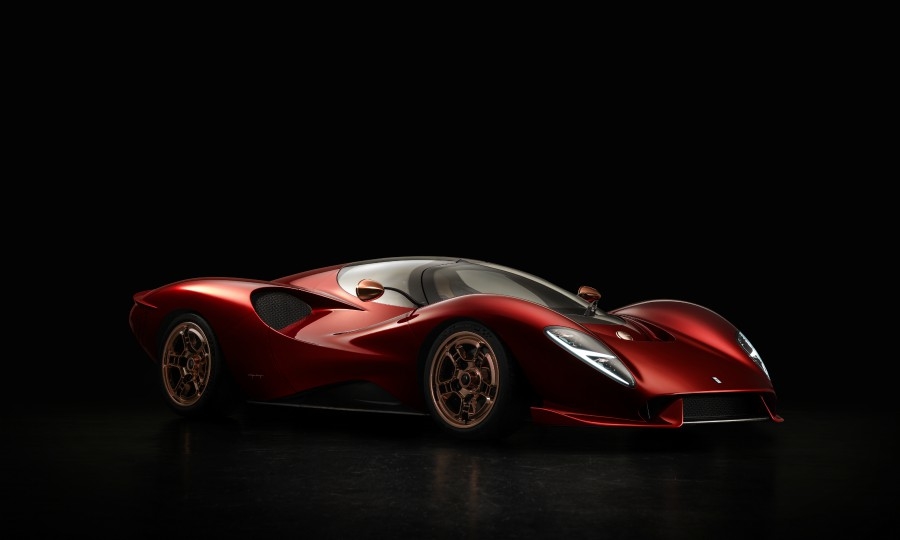 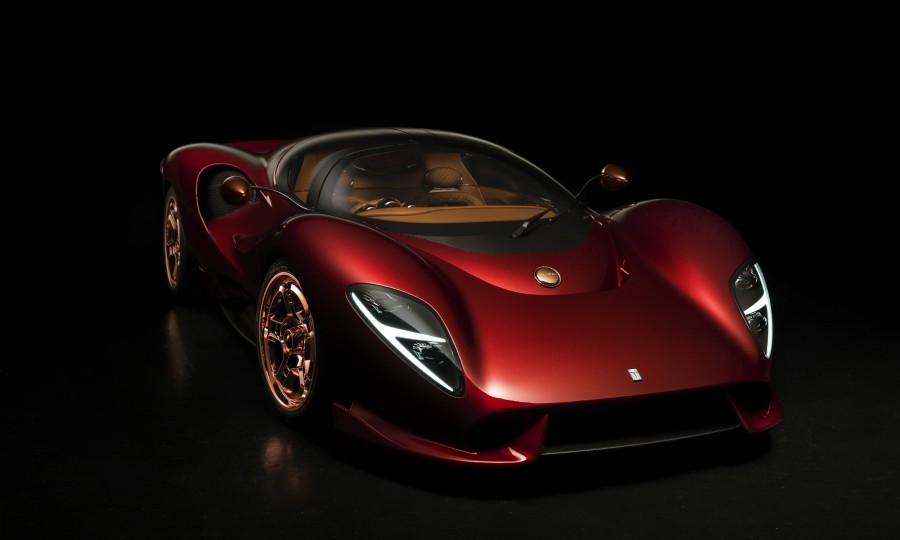 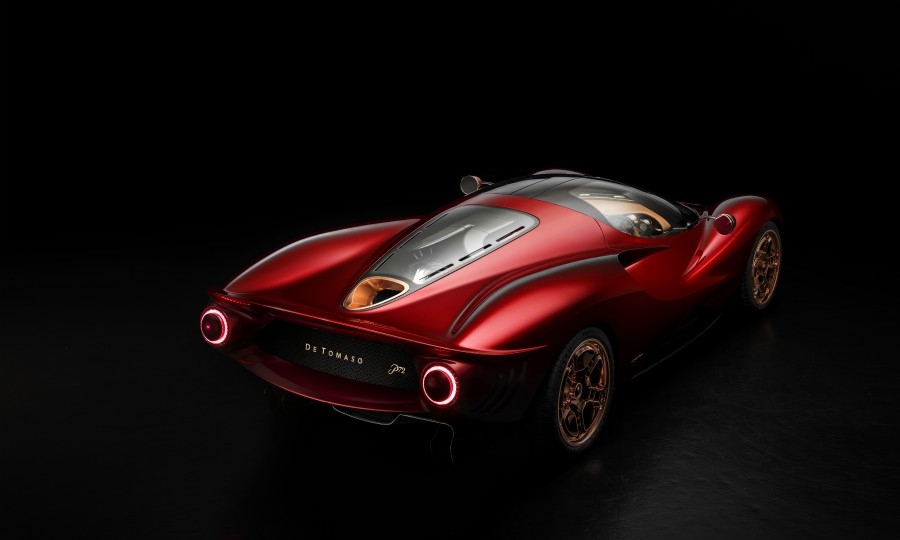 The company is "in negotiations" regarding a 50,000-square-foot building in the area, Berris said. Other locations are also being considered.

Vehicles in addition to the P72 are already in development, according to Berris, who said yet-unannounced models will be produced concurrently and in higher volumes than the 72 units planned—and already sold—for the P72. None contain electric-battery technology, but eventually, the De Tomaso lineup will include an electric vehicle, Berris said.

“We have no rush to go into EV,” he said. “We want to do operations which we are comfortable with.”

Berris expects to hire as many as 300 to 500 staffers on a “U.S. hiring spree” when the company reaches full bore, “over the next three to five years.” No hirings have been made.

The P72 would join other lesser-known ultra-low-volume newcomers to the supercar market including the Maserati MC20, Lotus Evija, Pininfarina Battista, SSC Tuatara, and the Gordon Murray Automotive T.50, all of which have been announced or have reached production within the last year.

Bloomberg contributed to this report

The secrets behind the Rolls-Royce, Bentley, Bugatti hood ornaments
Sponsored Content: Redefining CRM: Take Back Control to Wipe Out Inefficiencies