Infiniti is taking aim at German rivals in the sporty crossover segment with its newest model, the QX55.

The coupe-style crossover, scheduled for a U.S. sales launch next spring, will arrive as the financially struggling brand updates one of the oldest product portfolios in the industry.

Infiniti will launch five vehicles globally in the next three years.

The QX55 "sets the stage for us to start to move forward," said Jeff Pope, Infiniti Americas group vice president.

The crossover is based on the redesigned Infiniti QX50 compact crossover that launched in the spring of 2018 and introduced a variable-compression engine that delivered V-6-like performance with four-cylinder diesel-like fuel economy.

Coupe-like crossovers, such as the BMW X4 and Mercedes-Benz GLC Coupe, are finding a market among young families who want the utility of a crossover and the sporty styling of a sedan. U.S. sales of luxury crossover coupes rose 34 percent last year, led by the Audi Q8, according to AutoForecast Solutions.

With the new model, Infiniti returns to the niche that it virtually invented with the original crossover coupe, the FX.

"Infiniti recently pulled out of the small-crossover space with the discontinuation of the QX30, so it needs pizazz and a hook to bring younger and new customers to its dealerships," said Tyson Jominy, vice president of the Power Information Network at J.D. Power.

The QX55 will be assembled at the $1.4 billion joint-venture plant in Aguascalientes, Mexico, co-owned by Nissan Motor Co. and Daimler AG. The model's U.S. launch had been planned for the second half of 2020 but was delayed until next year because of the coronavirus pandemic.

The 2022 Infiniti QX55 is powered by a 2.0-liter turbocharged four-cylinder engine that delivers 268 hp and 280 pound-feet of torque. The single-scroll turbocharger delivers better fuel economy and improved response compared with a naturally aspirated engine, Infiniti said.

The QX55's sloping roofline is inspired by the first-generation FX.

While the new model shares design elements with the QX50, the fascia is different and features a new double-arch grille with an "origami-inspired mesh pattern."

The grille is flanked by standard LED headlights that mimic the human eye, Infiniti said. The fog lights are surrounded by angular gloss-black accents deeply set into the front fascia that bracket the lower half of the QX55's face.

In the rear, digital "piano key" taillights combine 45 separate LEDs in a single housing to create a light signature. The Infiniti logo on the tailgate houses the power liftgate release.

A cabin-forward layout maximizes interior room. The QX55 can carry up to 26.9 cubic feet of cargo behind the second row and has up to 38.7 inches of rear-seat legroom.

Laminated front side glass and Active Noise Cancellation technology help quiet the ride. The QX55 uses three microphones inside the cabin to detect unwanted frequencies and offsets those with "phase-shifting noises" transmitted through the vehicle's speakers.

The dashboard features dual, high-resolution touch screens for infotainment and vehicle controls. An available head-up display delivers driving information on the windshield in a 9-inch area.

The QX55 offers a suite of technology that takes some of the drudgery out of driving. The optional ProPILOT Assist system helps steer, brake, center the vehicle in its lane and accelerate in certain conditions to help reduce driver fatigue. 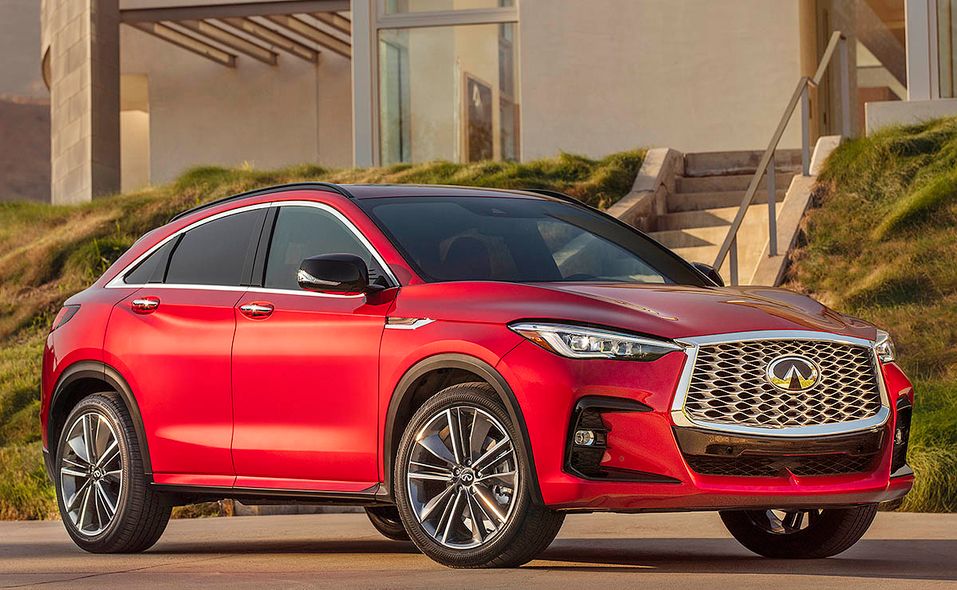 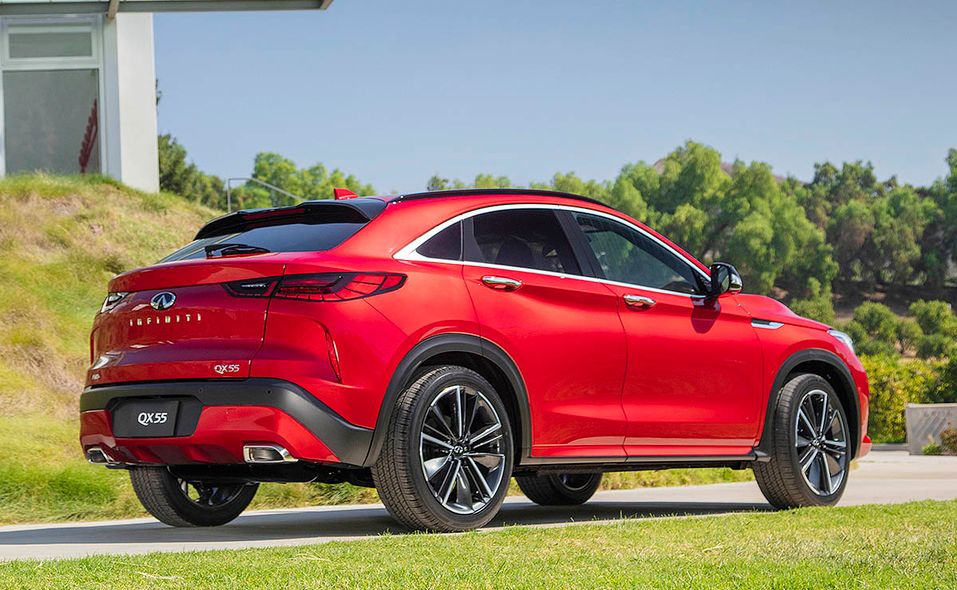 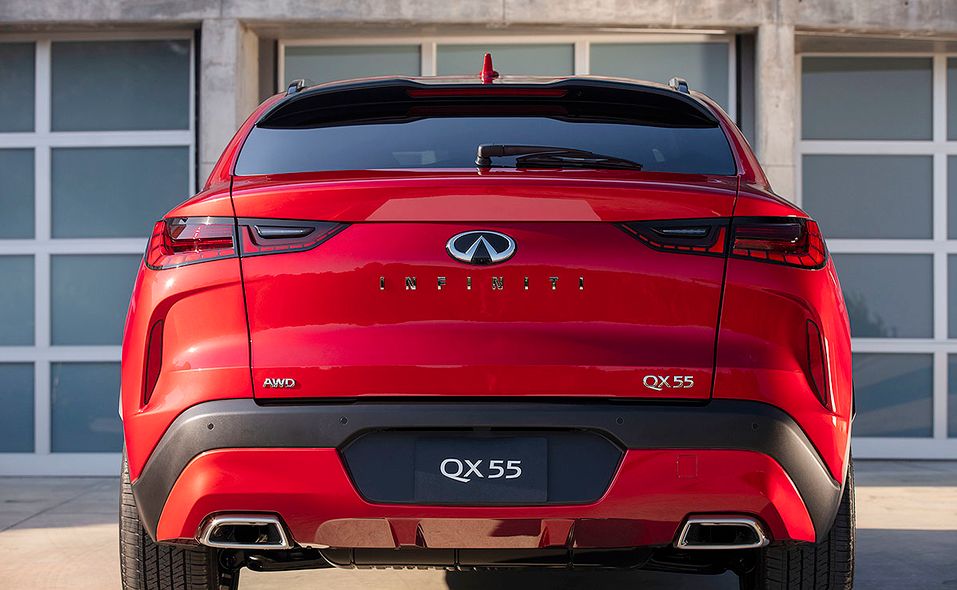 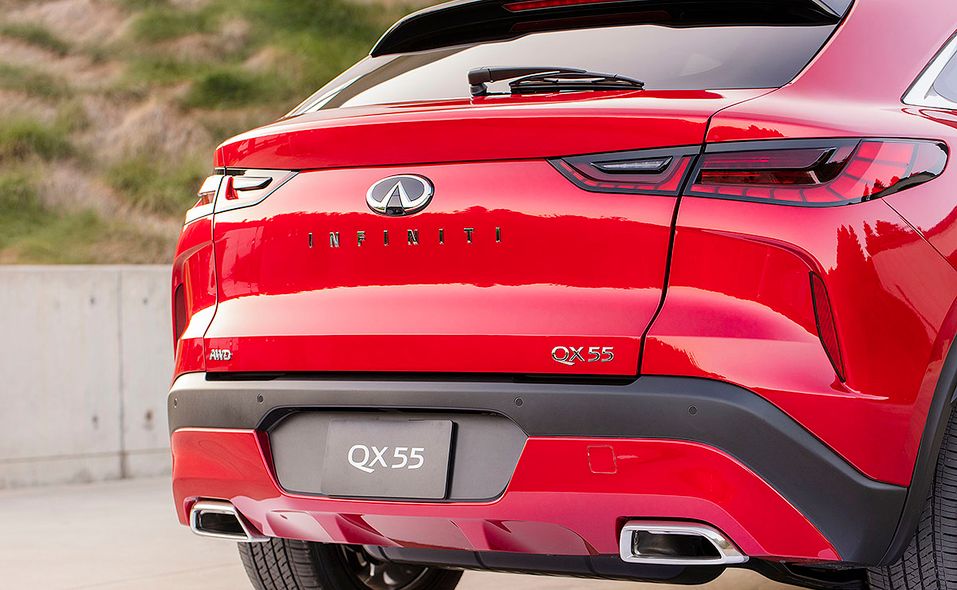 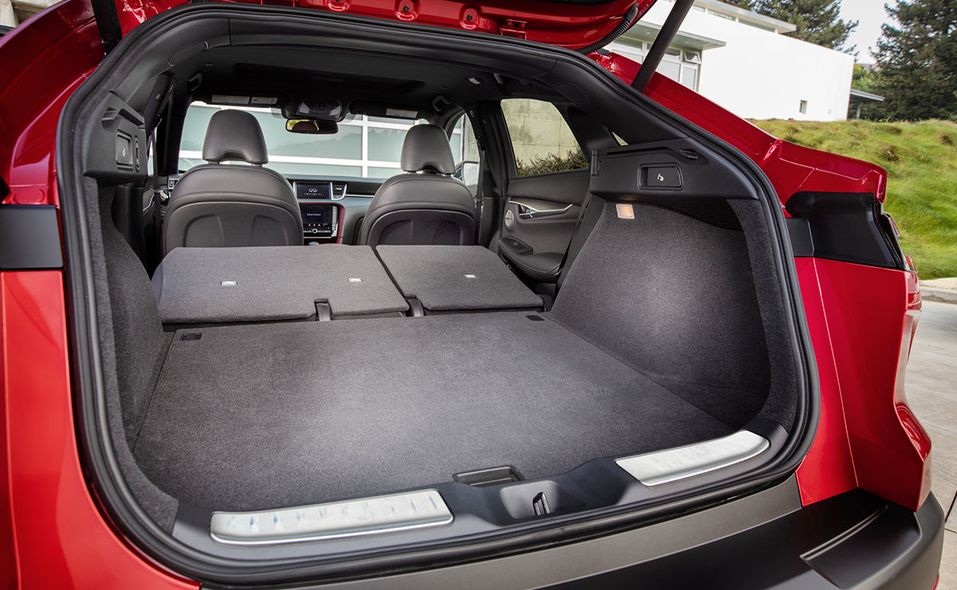 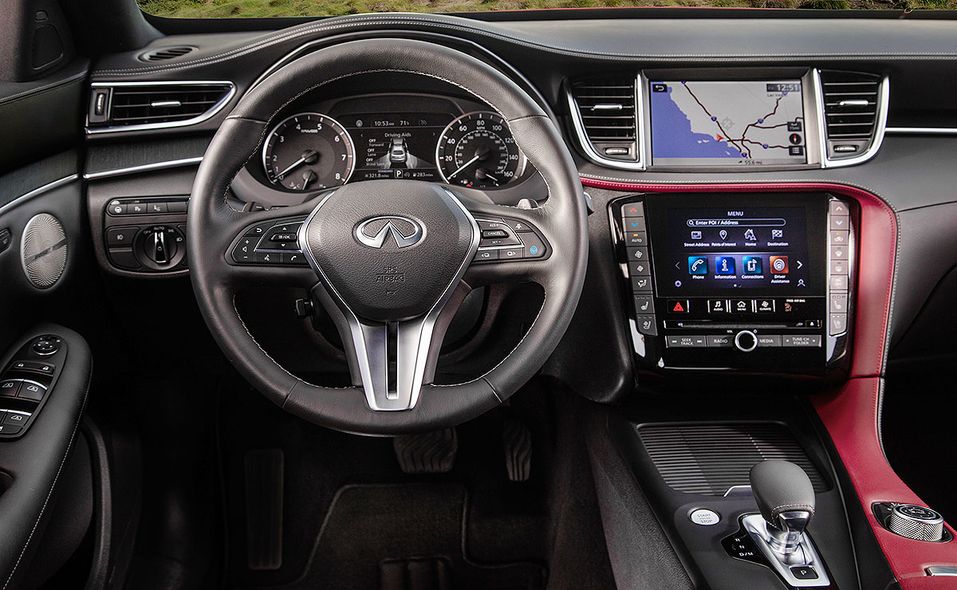 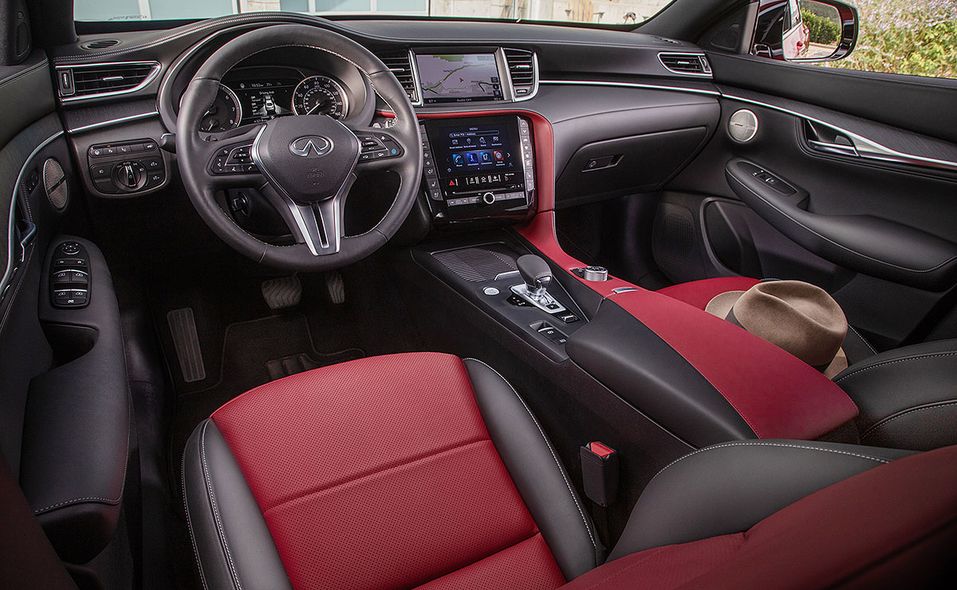 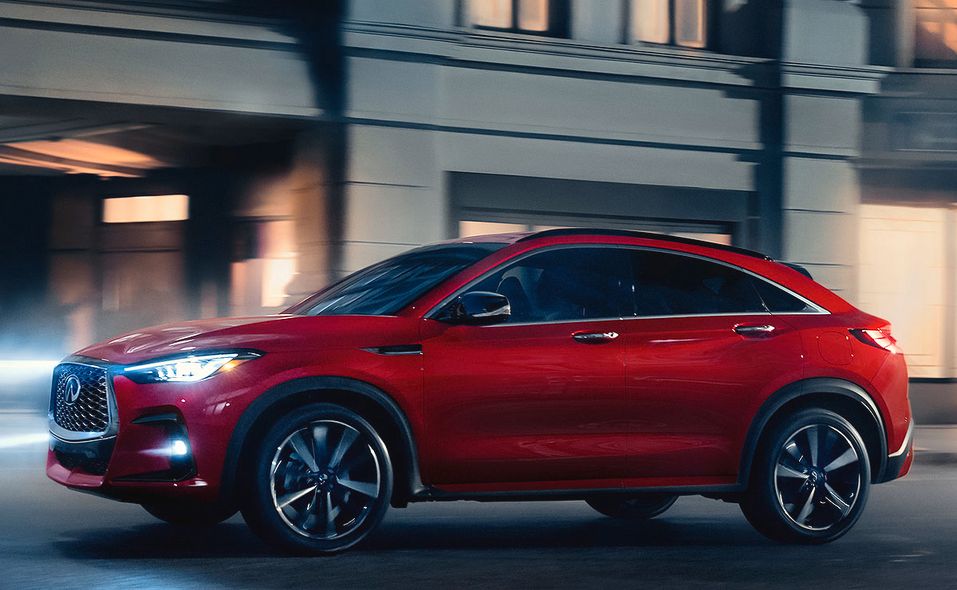