Large sedans may be a shrinking market segment in the U.S., but Genesis is looking for a bigger piece of the pie with a major redesign of its flagship G90.

The crisp lines of the new exterior are complemented in the chassis by a multichamber air suspension and rear-wheel steering for a more luxurious ride, the company said in a statement.

"The vehicle's refined and voluminous body has been highlighted with athletic power lines on the fenders around the wheels," Genesis said.

The interior of the second-generation G90 is designed to be high-tech but relatively simple, Genesis said. It employs the automaker's design language, called Beauty of White Space, "combining the feeling of a high-tech device ... with the luxurious details that come with analog sensitivities," the company said.

When launched in North America next year, the redesigned G90 will have two independently operated panoramic sunroofs for the front and rear. The rear seats can be reclined separately, Genesis said.

The G90 is designed for both owners who drive themselves and those who have a driver — adding to its appeal in China, a new market for the brand. The right rear "VIP" seat has leg support and footrests with their own heat and ventilation, the company said.

The big sedan incorporates a fragrance system as part of a "mood curator" feature that includes ambient lighting, a high-end sound system, massaging seats and electric curtains, the automaker said.

The G90 will have a gasoline 3.5-liter turbocharged V-6 engine mated to an eight-speed automatic transmission, Genesis said. Power figures and pricing were not announced. 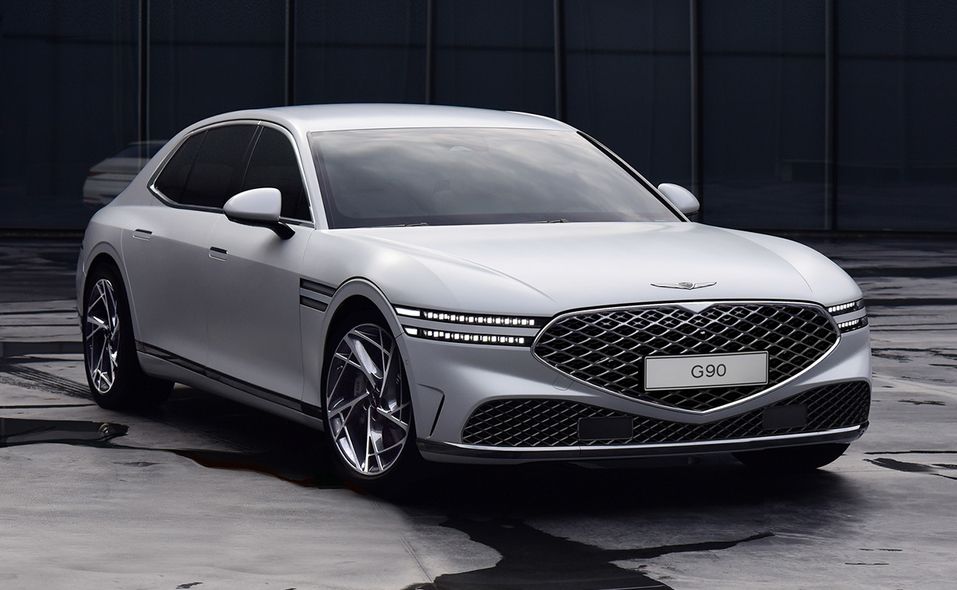 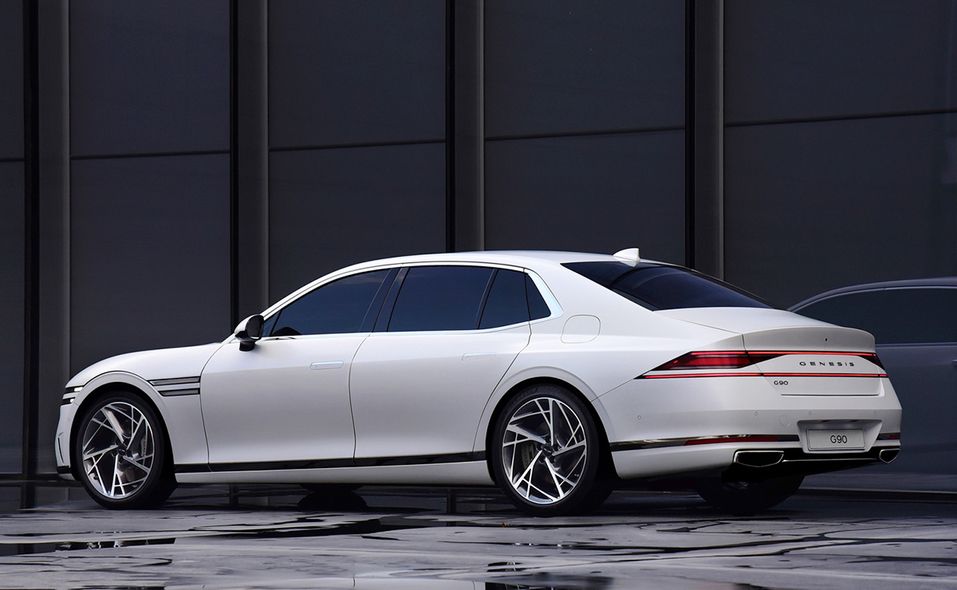 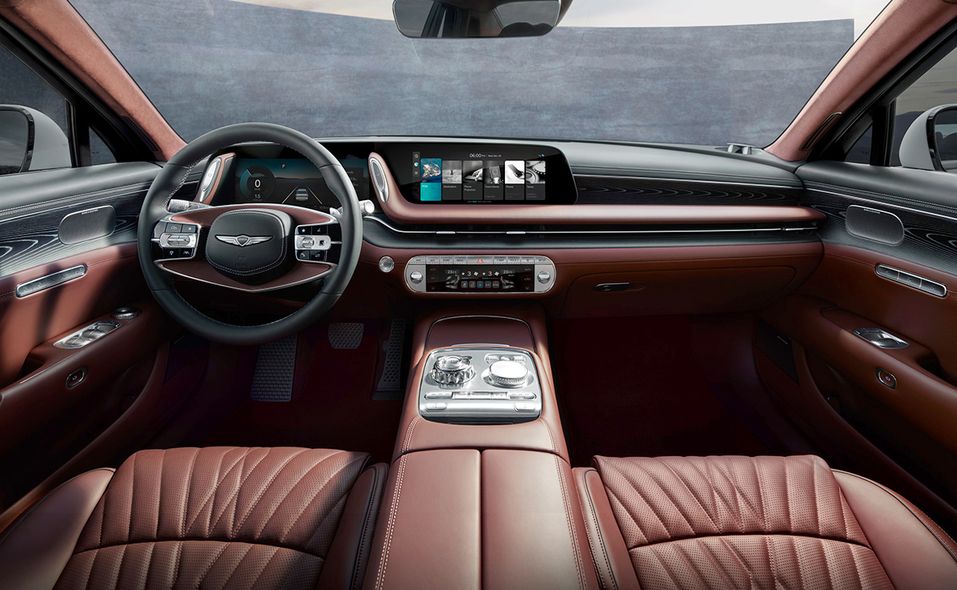 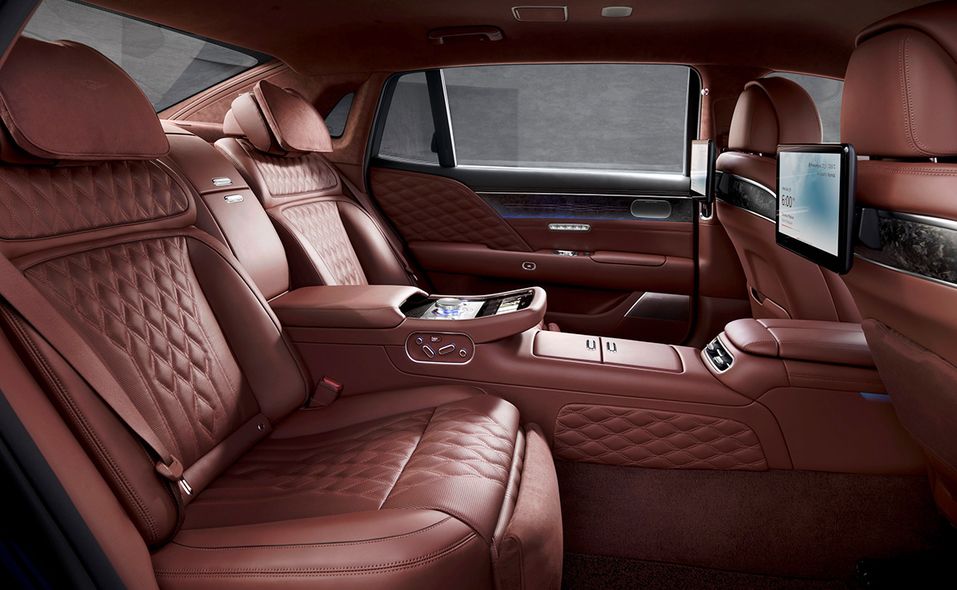 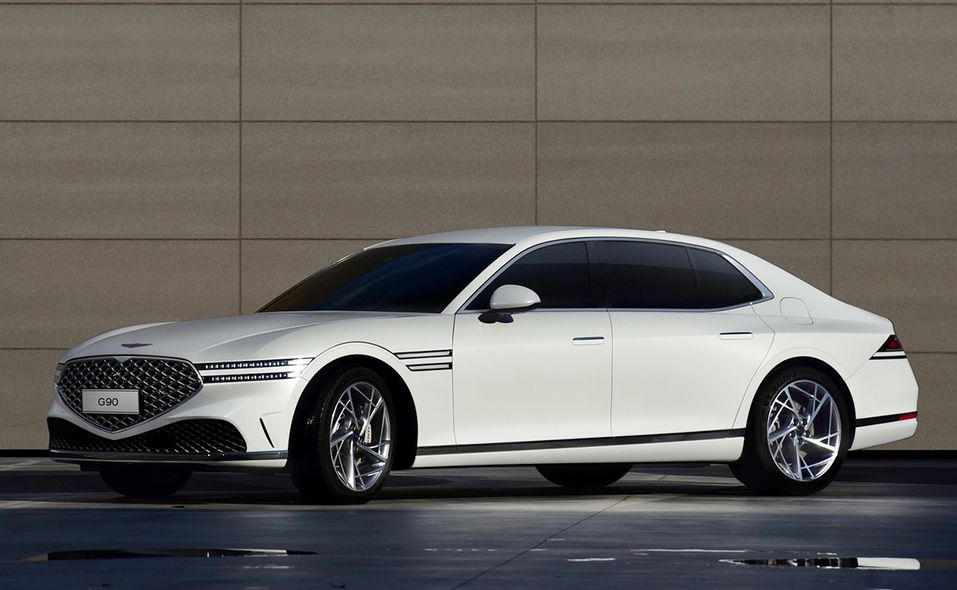 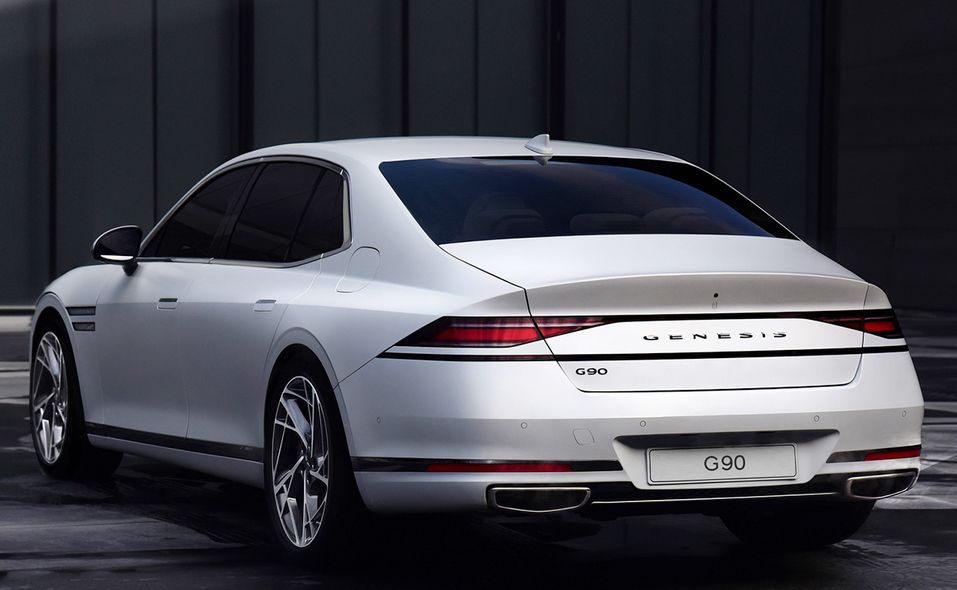