Ford Motor Co.'s Bronco SUV is starting to come into focus more than three years after the automaker confirmed its existence.

The latest off-road prototype features wider flared fenders, a raised suspension and Goodyear Wrangler tires similar to those used on F-150 Raptor variants. It's unclear whether Ford would offer a Bronco Raptor, but the test vehicle exemplifies its desire to seriously challenge Jeep in the off-road market.

The Bronco's signature round headlights can be seen peeking out from the front cover. Dealers who have seen the vehicle said it features a retro design with round lights and the word "Bronco" stamped in the grille.

The camo features black dots depicting off-road activities, with the Bronco horse logo and letters spelling out the name of the vehicle.

The automaker plans to build two- and four-door versions of the Bronco. It's designed to be customizable, with a removable hard top and removable doors that can be stored in the cargo area, according to those who have seen it. The side mirrors will be attached to the front pillars so they remain in place when the doors are taken off, unlike the Jeep Wrangler — one of the chief rivals Ford is targeting with the Bronco revival.

Ford plans to unveil the 2021 Bronco in the spring.

It's possible the reveal could come around the time of the Detroit auto show, which this year was moved to early June after years of taking place in January. 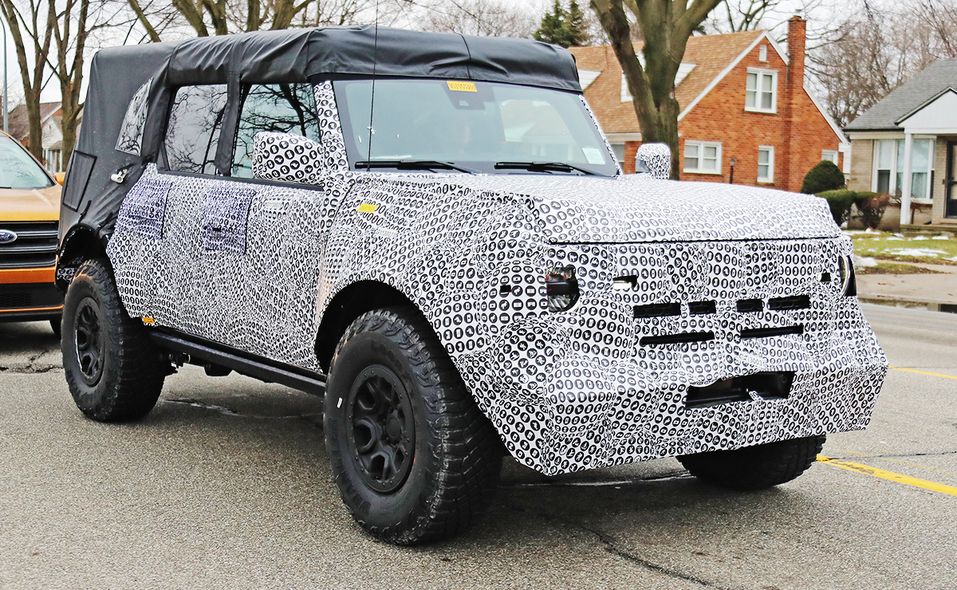 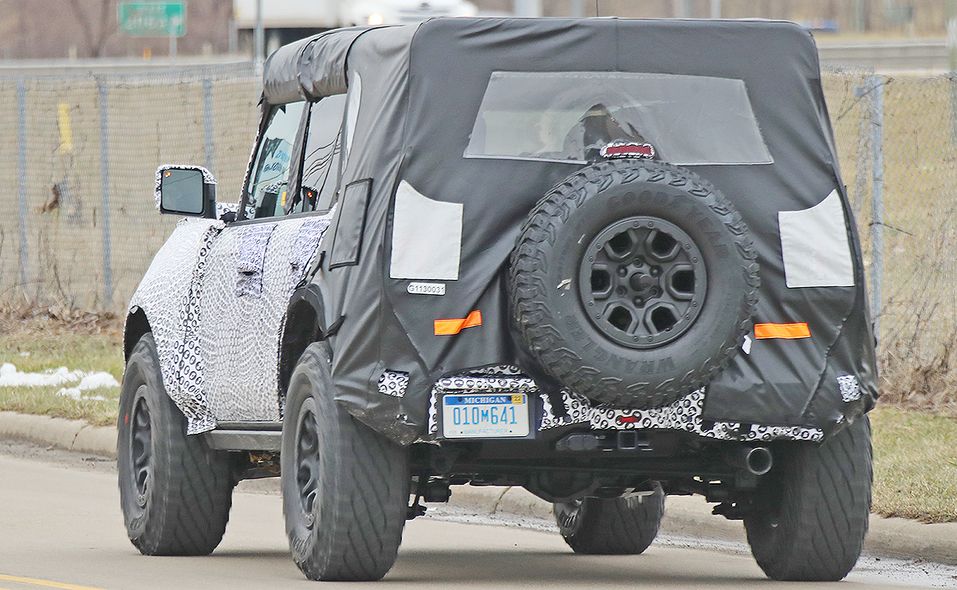 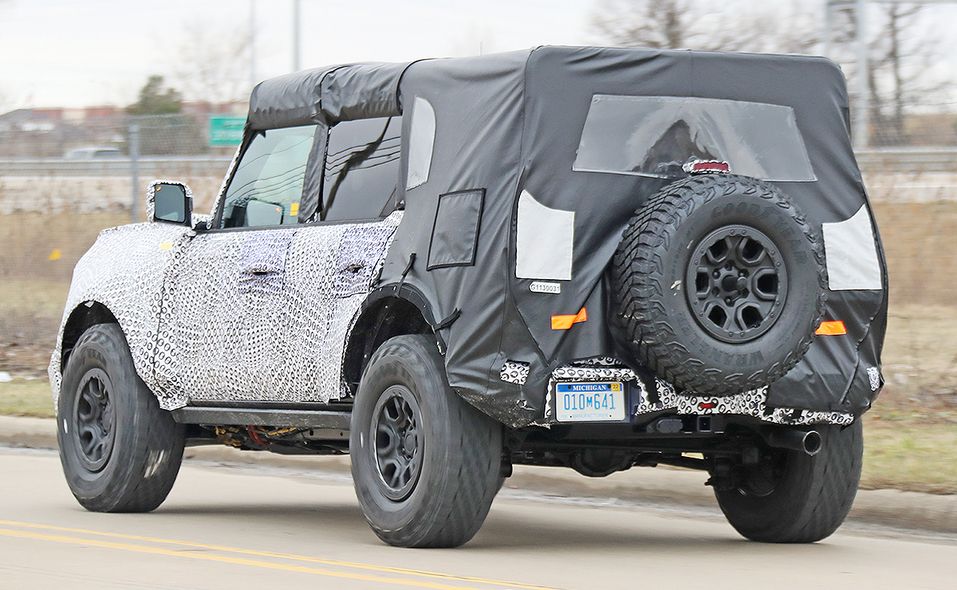 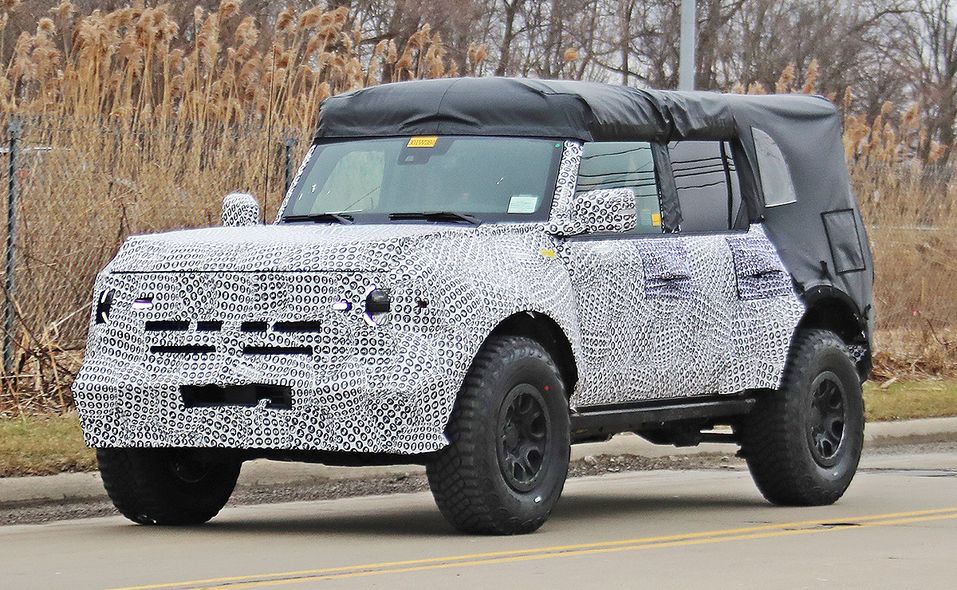 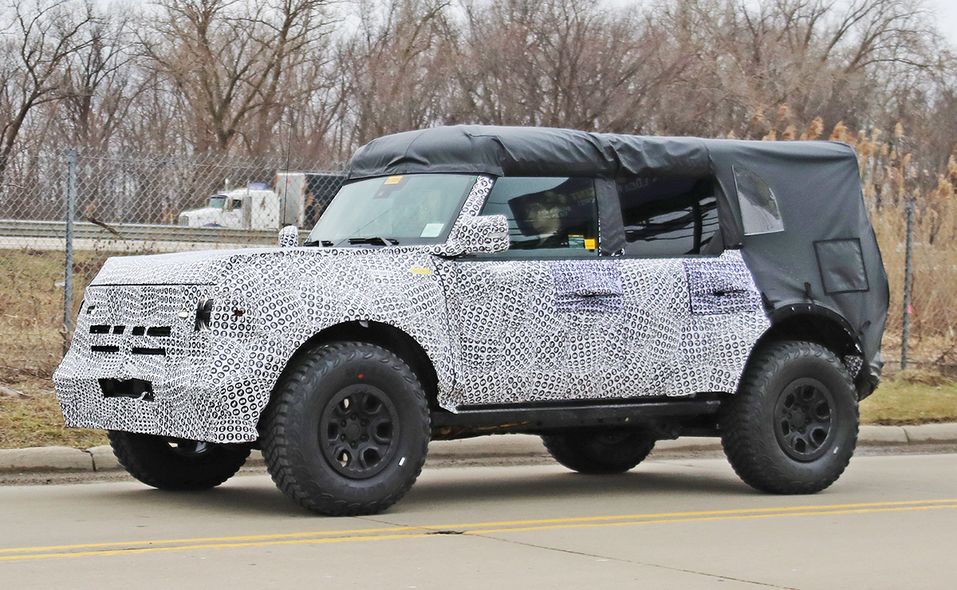 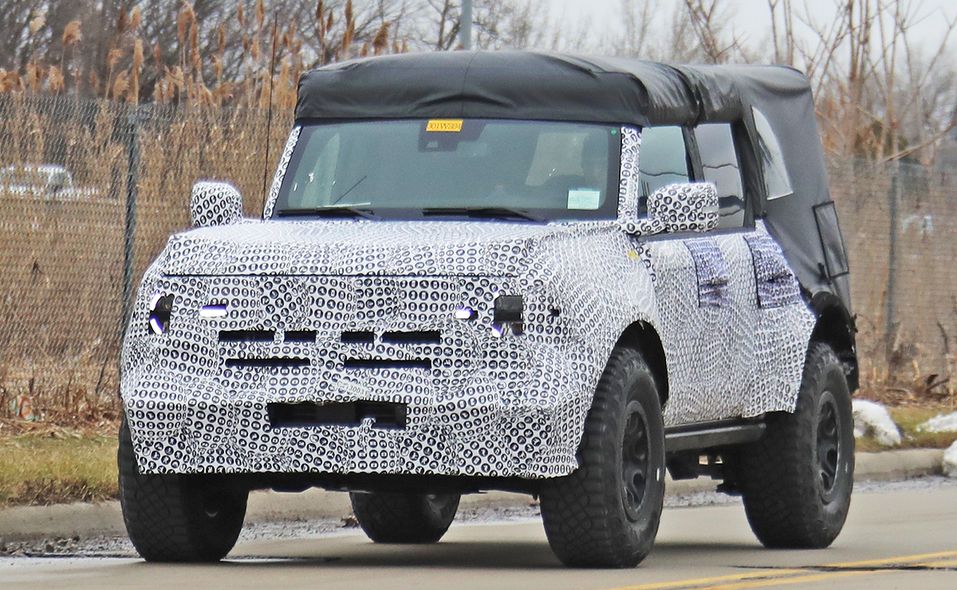 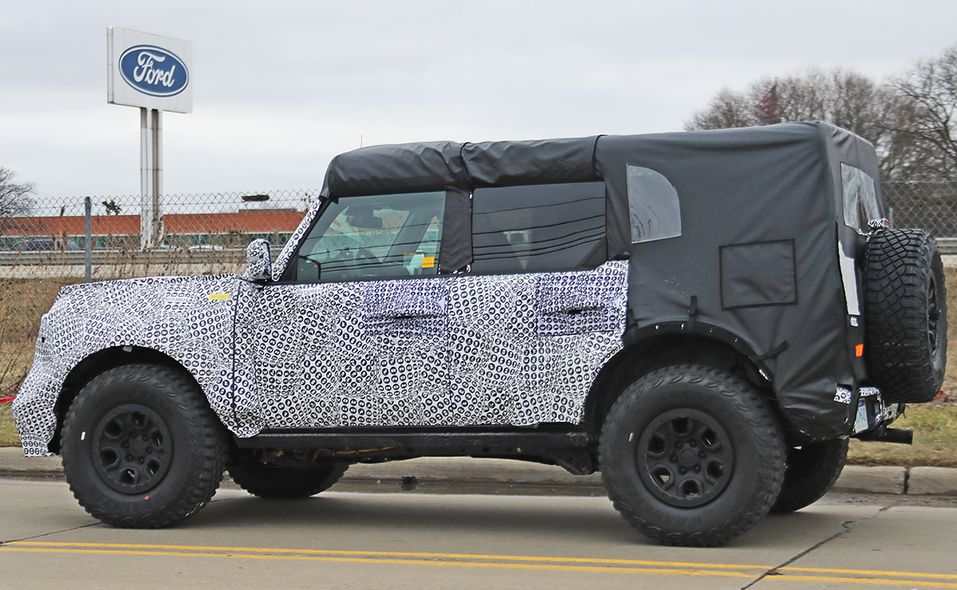 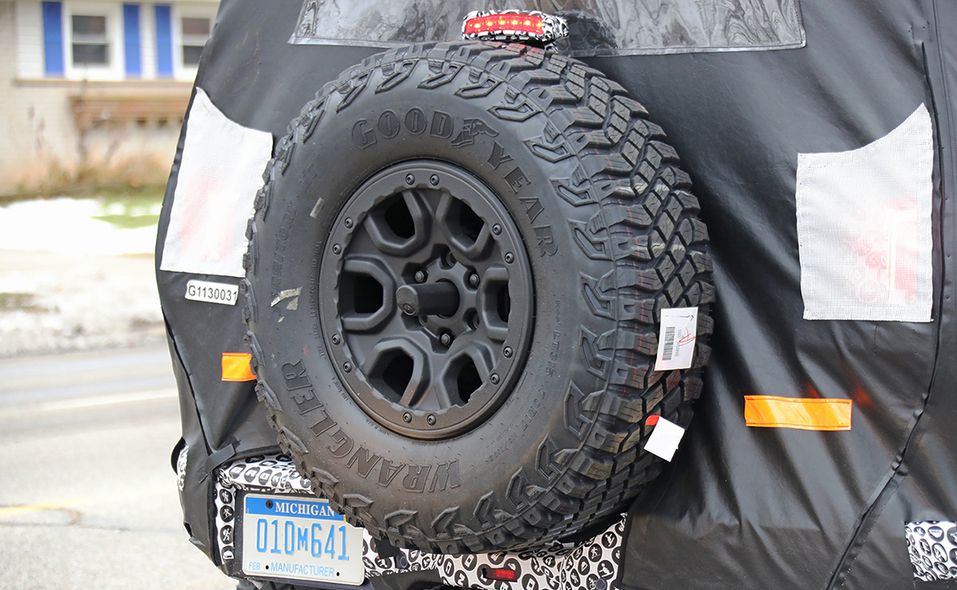 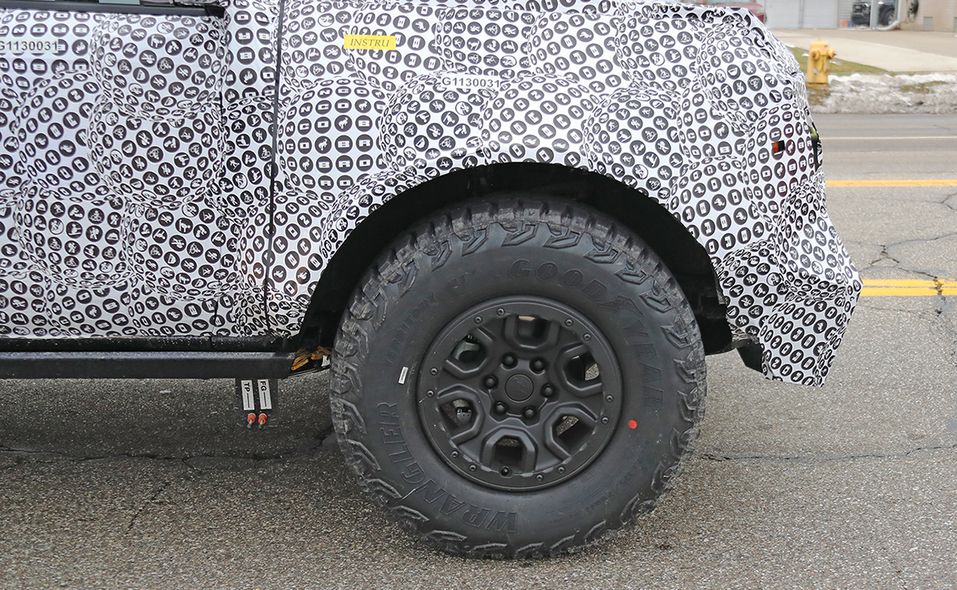 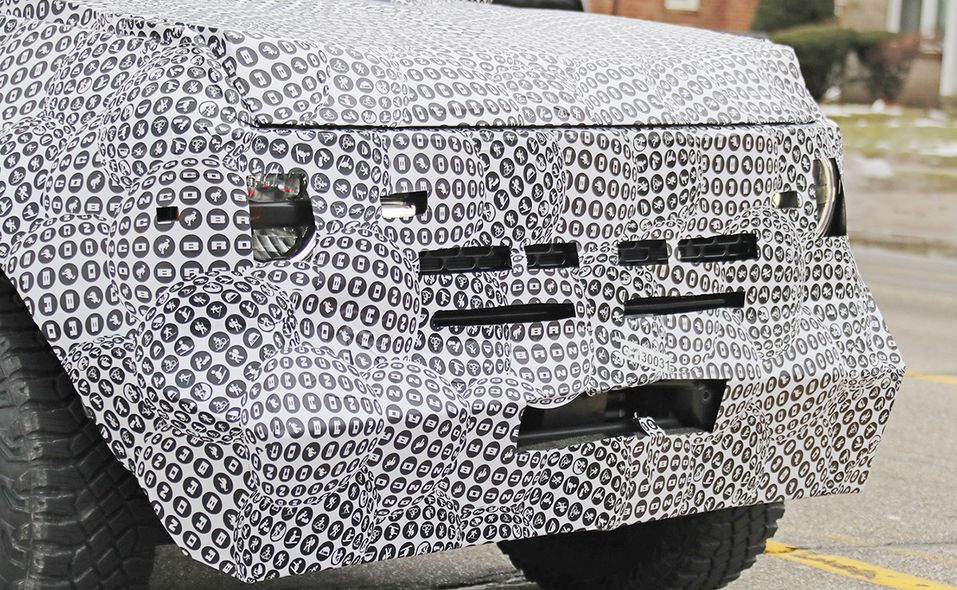