A computer-generated image of the Bronco DR race prototype. Ford said it will be available in the fall of 2022.

Ford Motor Co. is putting a V-8 engine in a production Bronco, but it's going to cost more than any vehicle except the GT supercar.

The automaker late Monday unveiled the Bronco DR, a desert racer based off the four-door Bronco and meant for extreme off-roading, at the 2021 SEMA Show in Las Vegas.

Ford intends to run a prototype of the vehicle at the 2022 SCORE Baja 1000 late next year, but it said it will also build a small number for sale for the 2023 model year.

Only 50 units will be built initially by Canada's Multimatic, and the trucks will be available for sale in late 2022. Ford says the price for the Bronco DR is projected to start "in the mid-$200,000 range," although exact figures were unavailable. 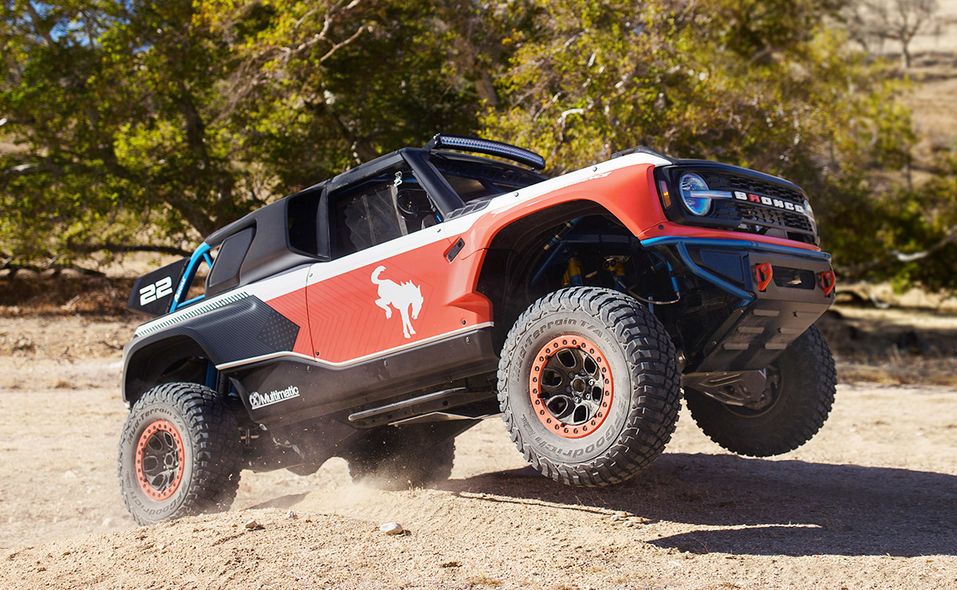 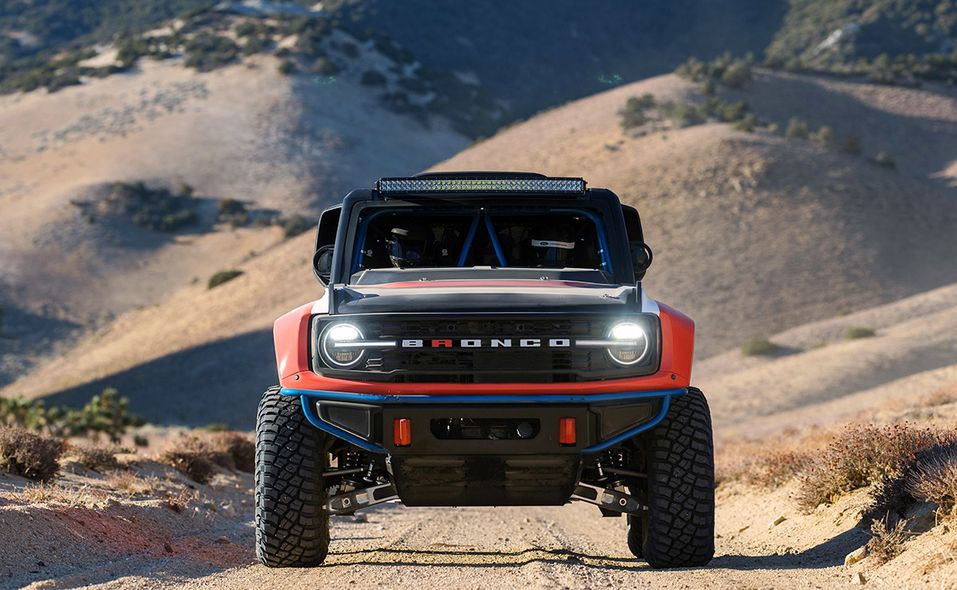 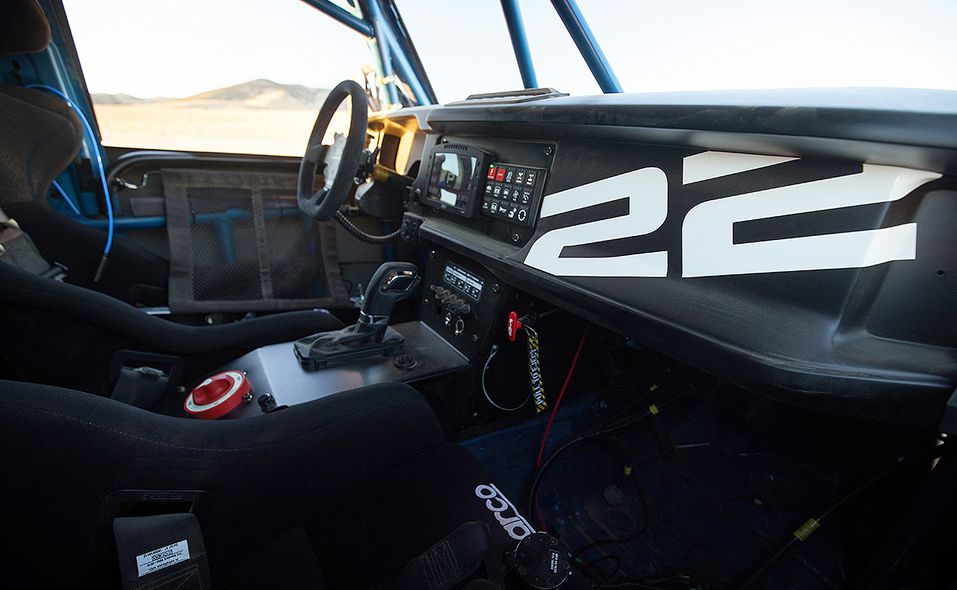 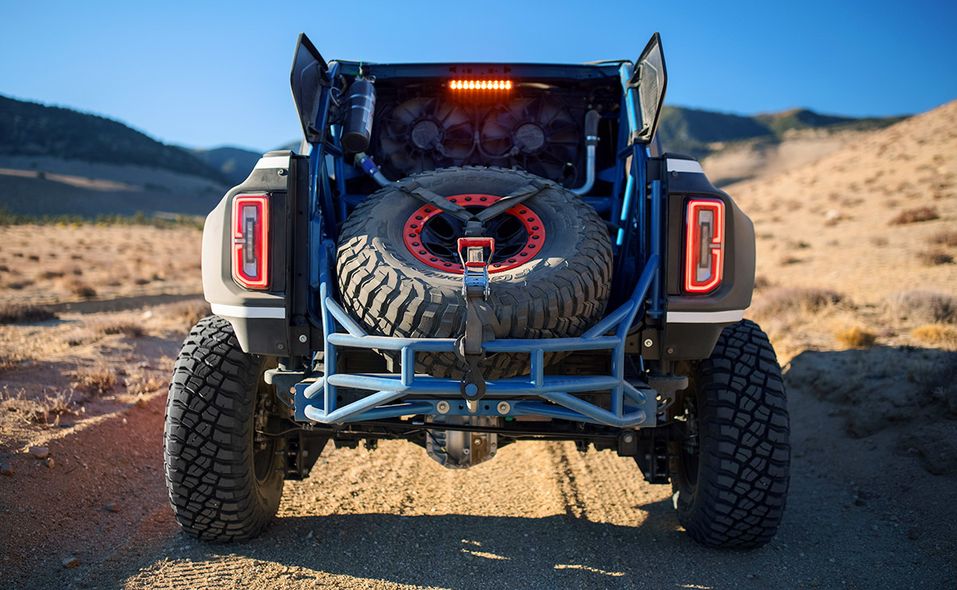 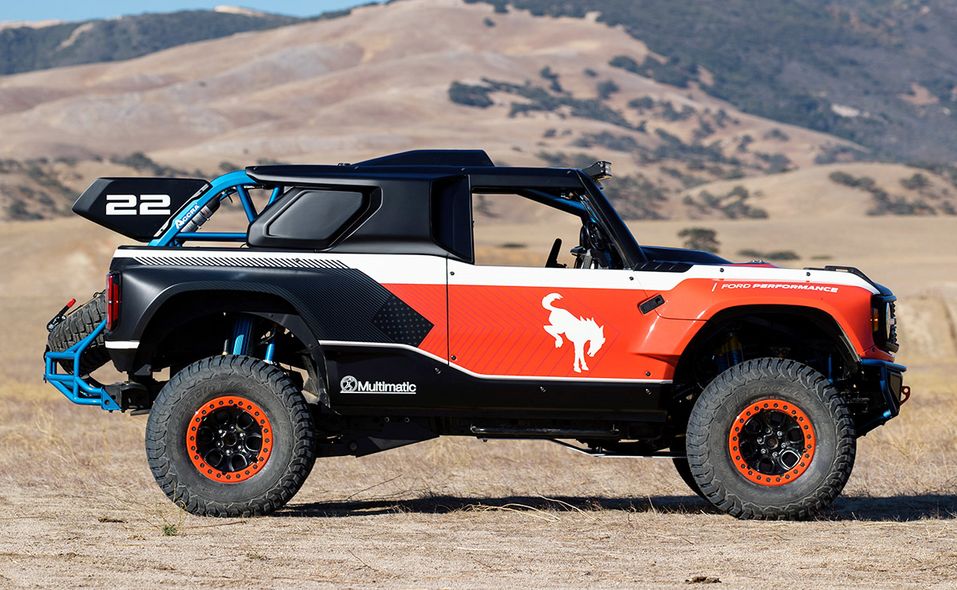 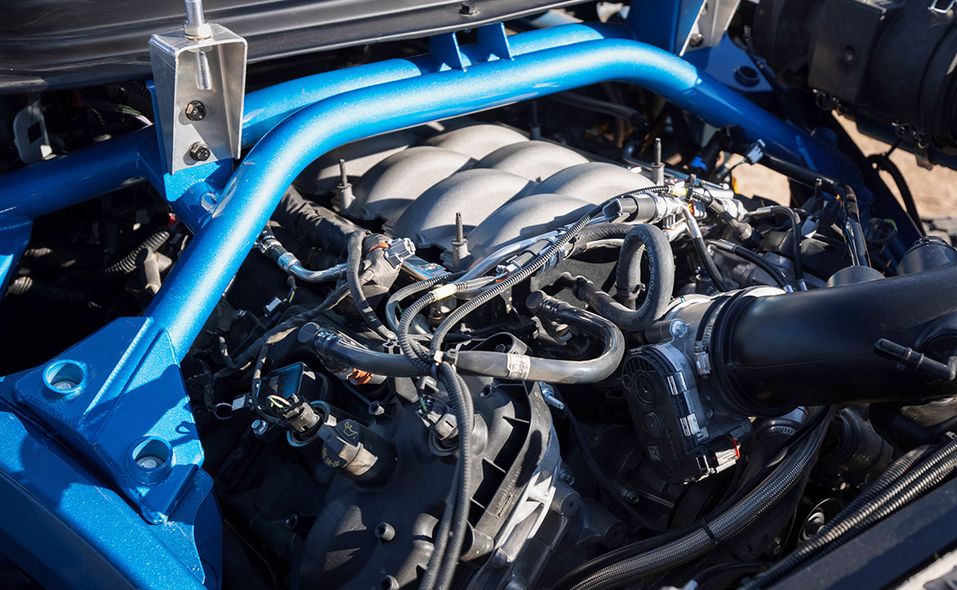 It will include Multimatic Positional Selective DSSR dampers, a Multimatic safety cage, 37-inch tires and beadlock wheels. Ford says the air-conditioning system, "interior amenities" and all glass have been removed to meet desert racing requirements.

Ford says sales and service of the vehicle will be managed by Multimatic, a supplier that also builds the GT.

Enthusiasts have been clamoring for a Bronco with a V-8 since the off-roader was revived this year. Ford has said it will add a Bronco Raptor performance variant next year, although it's unclear what engine it will use.

"Bronco DR is our ultimate turnkey off-road racing SUV, engineered to put enthusiasts behind the wheel of a desert racing force," Mark Rushbrook, Ford Performance Motorsports global director, said in a statement. "This collaboration between Ford Performance and Multimatic continues the Bronco desert racing legacy that dates back to Rod Hall and Larry Minor's never-repeated overall Baja 1000 win in a stock Bronco in 1969."

The Bronco DR is not meant for on-road driving. It will be powered by a Coyote 5.0-liter, V-8 engine that is targeting more than 400 hp, Ford says.