Toyota is adding a new crossover to its U.S. lineup. The 2021 Venza, known as the Harrier in Japan, is a two-row, hybrid-only midsize crossover built on the same TNGA-K platform as the RAV4 and Highlander. It's equipped with a 2.5-liter inline-four engine mated to three electric motors, delivering 219 hp. With the new model, the automaker is giving life to an old nameplate: Toyota discontinued the Venza crossover wagon after the 2015 model year. Here's a roundup of initial reaction to the 2021 Venza from the automotive media.

"If at this point you're wondering, "what the hell is he talking about, this is clearly a Lexus," well friend, we can both be right. Not only does this vehicle share many components with the Lexus RX because they share a platform, but when the JDM Harrier was introduced, it was a clear effort to appropriate some of the luxurious Lexus image onto Toyota's cars. That's now come full circle with a Venza that looks like a Lexus."

"The 2021 Venza's new look is upright, more athletic and embraces its SUV nature more so than its wagon-like predecessor. Hopefully, this translates to more cargo space — one of the O.G. Venza's weaknesses.

"You'd expect the Venza to look more like the chunky styled new Highlander or RAV4, but it's surprisingly smooth and curvaceous. The front end leads with a slightly upturned nose and wide grille that reminds me more of the handsome, second-generation Toyota Mirai. The new look will take some getting used to, especially in pictures and video, but like the Mirai, I have a hunch that the angles flow better in person."

"Toyota has chosen to go with a highly stylized and sharp design for the Venza, mirroring the approach of others in this segment. There's some Highlander in there, but the aggression has been turned up a few notches." 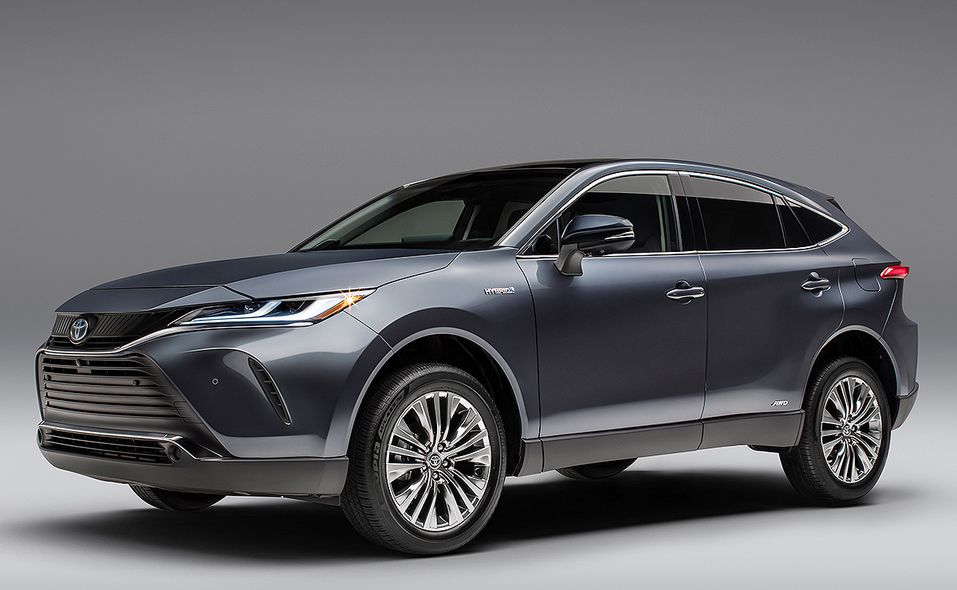 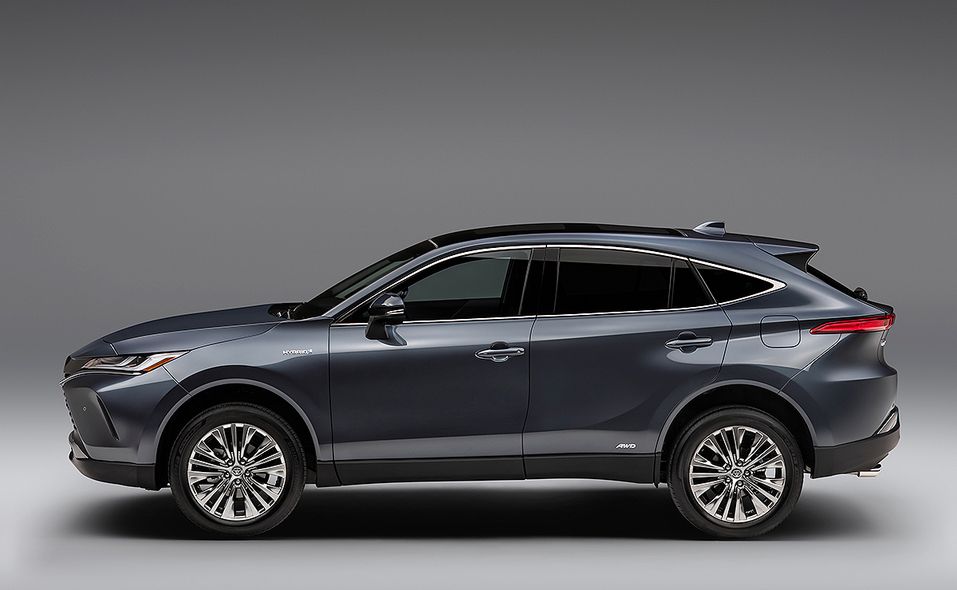 The 2021 Venza is set to hit U.S. dealerships this summer, giving Toyota a seventh crossover or SUV as Americans increasingly migrate out of cars and to light trucks. 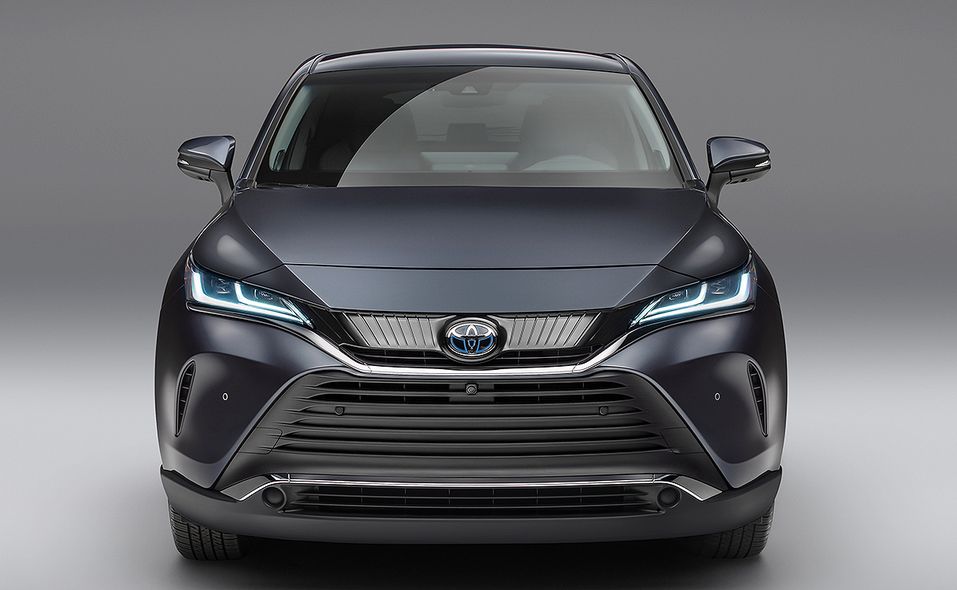 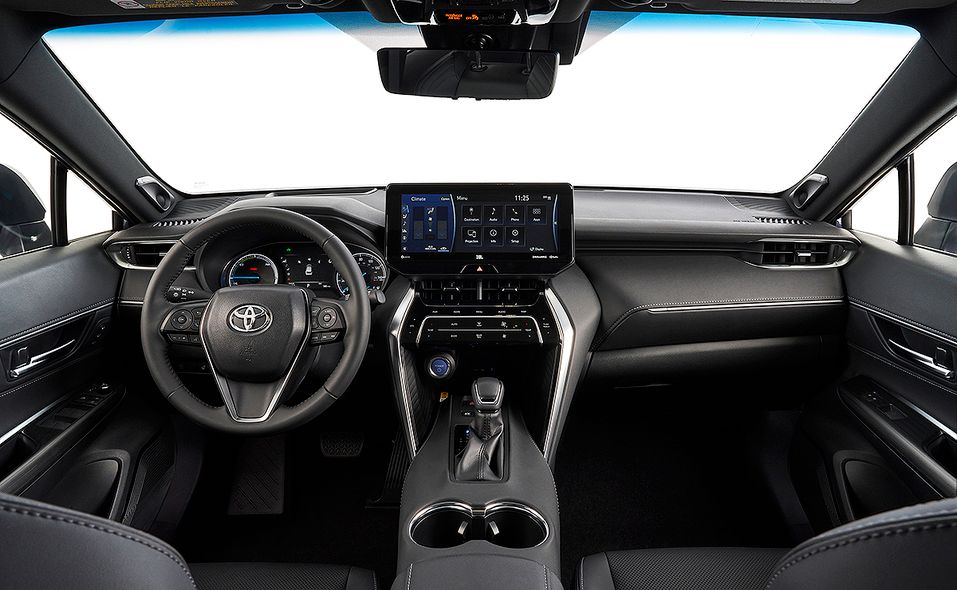 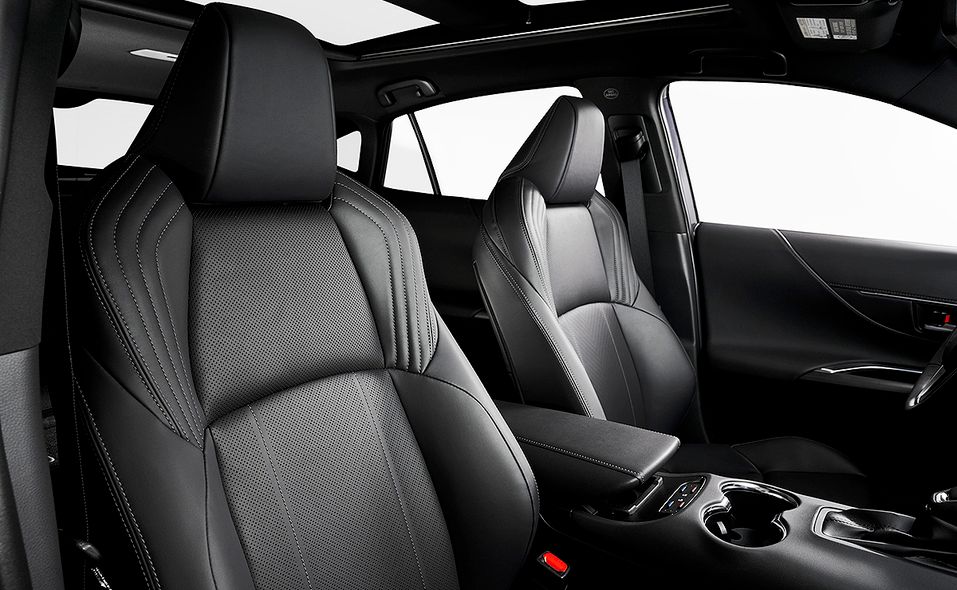 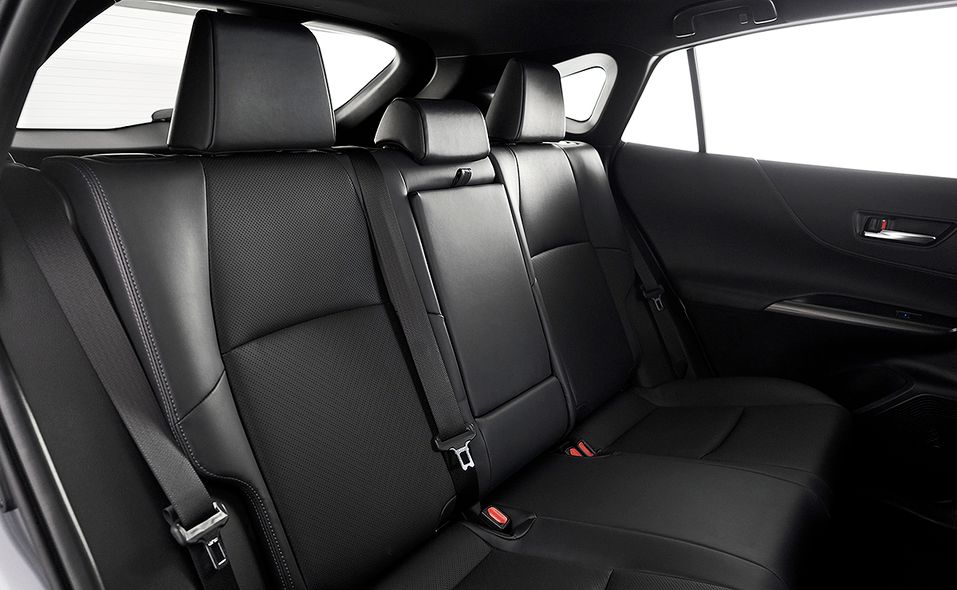 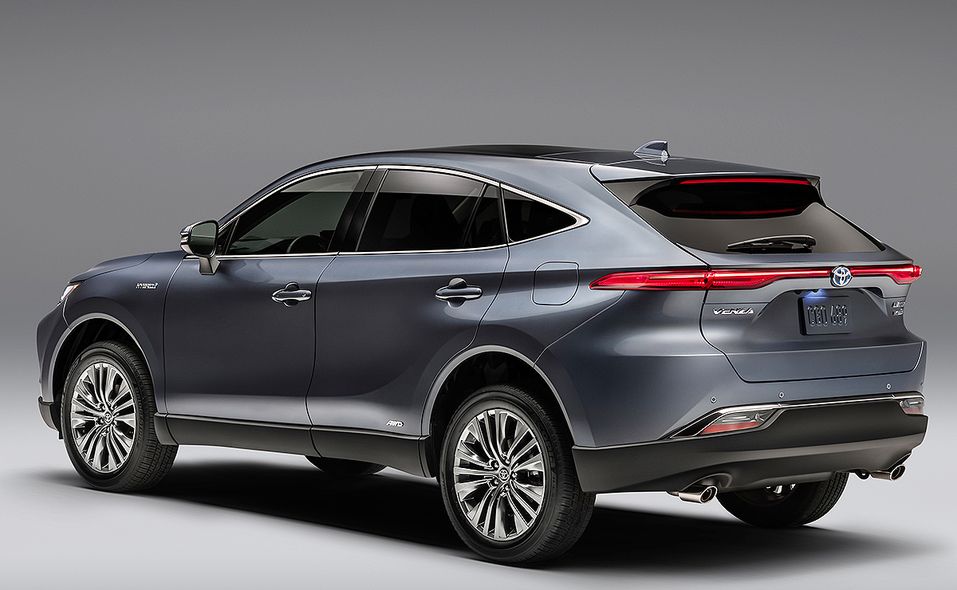 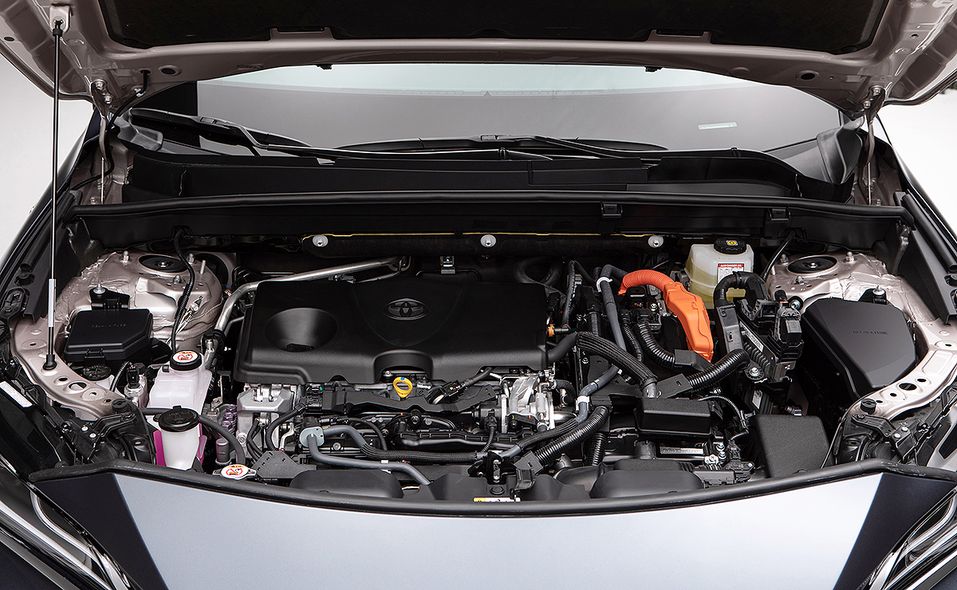 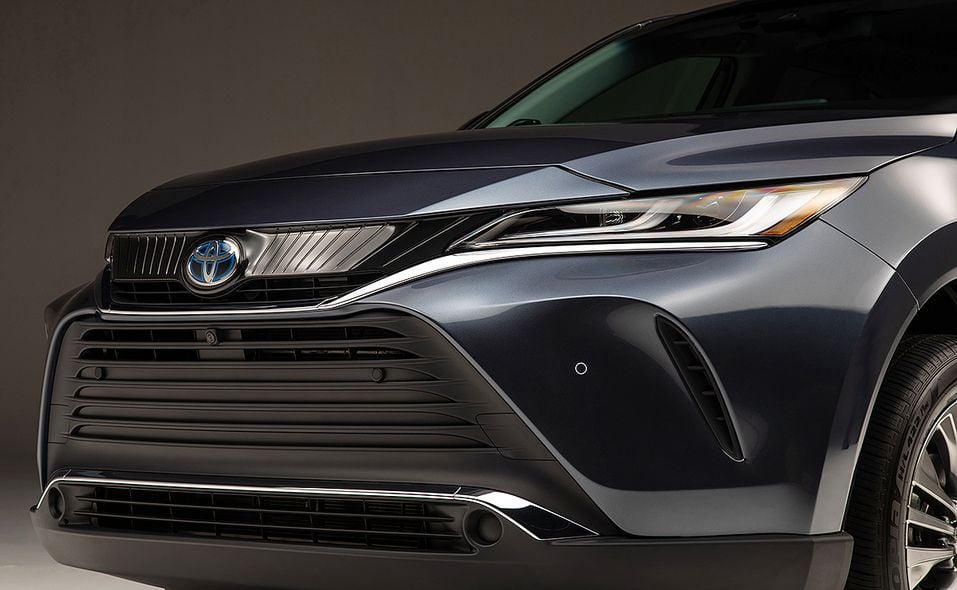 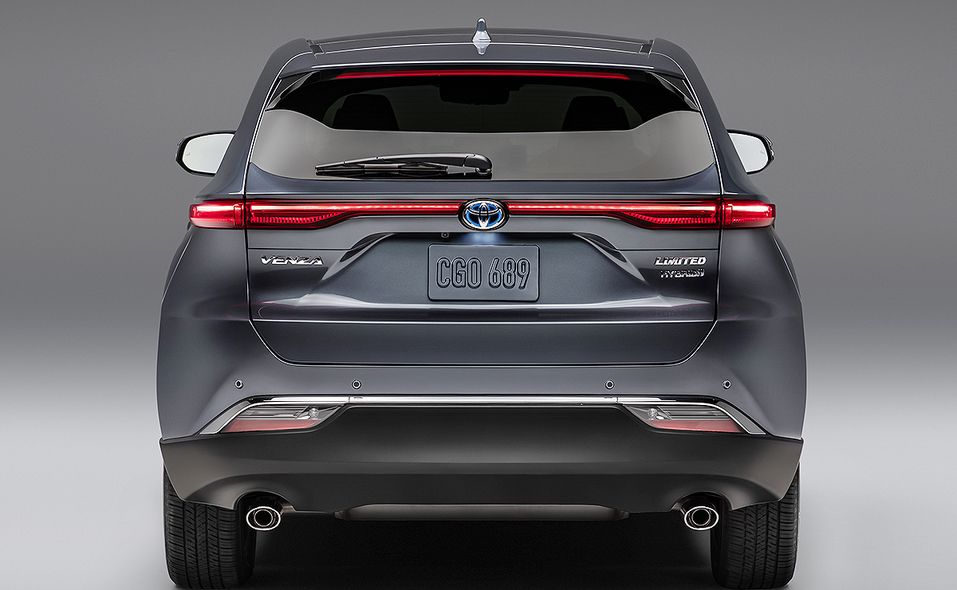 "If the Venza doesn't offer any more space or power than the RAV4, at least it does look more upscale both inside and out. The exterior design aims for a more premium look, as opposed to the RAV4's rugged pretensions, and the interior materials look posh compared to those in even the RAV4's highest trim levels."

"The Motor1.com editorial staff almost unanimously loves the rear of the Venza, with a full-width taillight, sloping hatch glass, and pinched quarter windows reminding us of the Aston Martin DBX and Jaguar F-Pace. The rear fenders and hatch have a strong and sharp character line that originates as a convex curve just above the front door handles, while flared rear haunches remind us a bit of the Highlander. An attractive pair of polished tailpipes are a surprise to see on this hybrid — electrified vehicles tend to hide their internal combustion bits.

"There are several interesting styling elements on the Venza, but long front and rear overhangs and a featureless silhouette let it down somewhat. In a class with such extroverted designs as the Nissan Murano and the Chevy Blazer, the Venza is a wee bit anonymous. Still, it's handsome and inoffensive, the latter of which cannot always be said about Toyota's current designs."

"Much like other manufacturers, this is a midsized two-row SUV that offers style over utility, similar to what Chevrolet has done with the Blazer and Volkswagen with the Atlas Cross Sport. ...

"The Venza has an elegant appearance, with clean body lines, tasteful chrome accents, and the familiar trapezoidal grille — which reminds of a Cylon Centurion helmet from Battlestar Galactica.

"The rear is the most interesting angle, with muscular bulges to the aft fenders and an interesting light treatment in the liftgate's crease.

"It is an entirely inoffensive design. The downside is that it may not inspire much passion."

"The Venza's shape aligns closer to the Highlander (and even perhaps the hydrogen-powered Mirai sedan) more than the smaller crossovers in the Toyota portfolio. Its front bumpers and body sides are largely missing most of the right angles and hard shadows cast by the RAV4 and 4Runner in favor of smoother surfaces and a nearly blanked upper grille, which is in line with the rest of Toyota's hybrids. Along the sides, the Venza is free of many creases and sharp edges, similar to the Highlander but also some of Mazda's latest efforts, too.

"Around back, the Venza skips the taller Highlander taillights for thinner LEDs that span the hatch. It's a different, racier look for the two-row crossover compared to the last Venza and current Highlander, and it works well."

"The 2021 Venza ditches the dorky front fascia and frumpy rear end of the old car for something sleek, forward-looking, and no doubt developed alongside the handsome Mirai concept that debuted late last year. But that's just on the outside."