DETROIT — Cadillac's first fully electric vehicle will have more than 300 miles of range, an augmented-reality head-up display and a new face for the brand that incorporates its "black crystal" grille into choreographed lighting sequences when the driver approaches.

But the Lyriq, unveiled Thursday as a concept that Cadillac executives describe as at least 80 percent production-intent, is more than two years away from going on sale in the U.S.

The sporty midsize crossover represents the first glimpse at electrification plans for the brand that General Motors calls the "spearhead" of a push into EVs. Cadillac is expected to have a fully electric portfolio within a decade.

The Lyriq positions Cadillac as GM's leading brand not only for EVs, but also for connectivity and automated driving, Carlisle said. It features an interior reimagined on the EV architecture, new technology, more automated driving features and a 33-inch LED screen in front of the driver.

GM, which has committed $20 billion toward electric and autonomous vehicles over the next five years, will start regular U.S. production of the Lyriq in late 2022. The automaker has not said where the EV will be built. Production in China will start earlier.

Carlisle acknowledged that many market conditions are necessary for EVs to be widely adopted in the U.S. In the two years before Cadillac launches the Lyriq, GM plans to prepare dealers, expand charging infrastructure and boost customer acceptance.

"We are not going for a sugar high," Carlisle said.

The Lyriq will be among the first vehicles powered by GM's proprietary Ultium batteries, developed through a joint venture with LG Chem.

"GM understands the range challenge, and I think they are prepared to get to necessary range to be competitive with Tesla," said Sam Abuelsamid, principal research analyst at Guidehouse Insights.

Compared with EVs in the market today, the Lyriq's range is more competitive, but by the time it goes on sale, the EV landscape will likely be much broader, he said.

Still, the Lyriq sets Cadillac on a path to becoming an EV brand and shows consumers, dealers and Wall Street a glimpse of GM's future product plans, said Michelle Krebs, executive analyst at Autotrader.
"This shoots Cadillac in the direction it's intending," Krebs said. "It will be the first test to see if consumers accept that direction."

At launch, the Lyriq will be available with the latest iteration of GM's Super Cruise, which includes automated lane-changing. The Lyriq also will offer remote parking technology. Even without a driver in the car, the Lyriq can use ultrasonic sensors to park itself in parallel or perpendicular spaces.

The head-up display incorporates dual planes and augmented reality. The near plane shows speed, directions and more, while the far plane shows transparent navigation signals and other alerts.

The Lyriq comes in rear-wheel and all-wheel drive, with a near 50-50 weight distribution enabled by the flexible placement of the battery pack, Cadillac said. Lyriqs with awd have a second drive unit at the front end for more tuning flexibility and enhanced vehicle dynamics and performance.

Cadillac wanted to create an interior that is simple and sophisticated but also spacious, said Andrew Smith, executive director of global Cadillac design.

"The Lyriq represents the next iteration of the iconic brand's styling, enabled by electrification, as only Cadillac can express," Smith said in a statement. "Inside and out, Lyriq is a thoughtful integration of design and technology and is intended to make every drive an occasion."

The Lyriq features a low roofline and wide stance, along with a flow-through roof spoiler for enhanced aerodynamics and highway efficiency, Cadillac said.

The front end has slim vertical headlamps and a "black crystal" grille with lighting choreography that greets drivers as they approach.

"It looks like it's smiling at you as you walk up," Abuelsamid said.

A split taillamp design incorporates slim LEDs that are integrated into the lighting choreography. When drivers approach, the Lyriq automatically adjusts seat, mirror and climate settings based on preset preferences.

The exterior is "a great evolution of Cadillac's design language, a next step forward for electric vehicles," Abuelsamid said. "They have given it a face that is new but still calls back to Cadillac. It is distinctly modern and unique from internal combustion vehicles."

The 33-inch diagonal advanced LED display spans the driver's viewing area and includes vehicle information, infotainment controls and camera views. Cadillac said the screen has the highest pixel density in the industry and can display more than 1 billion colors, 64 times more than any other vehicle. The Lyriq also shows battery status through at-a-glance graphics, forecasts energy consumption and offers charging options for drivers. 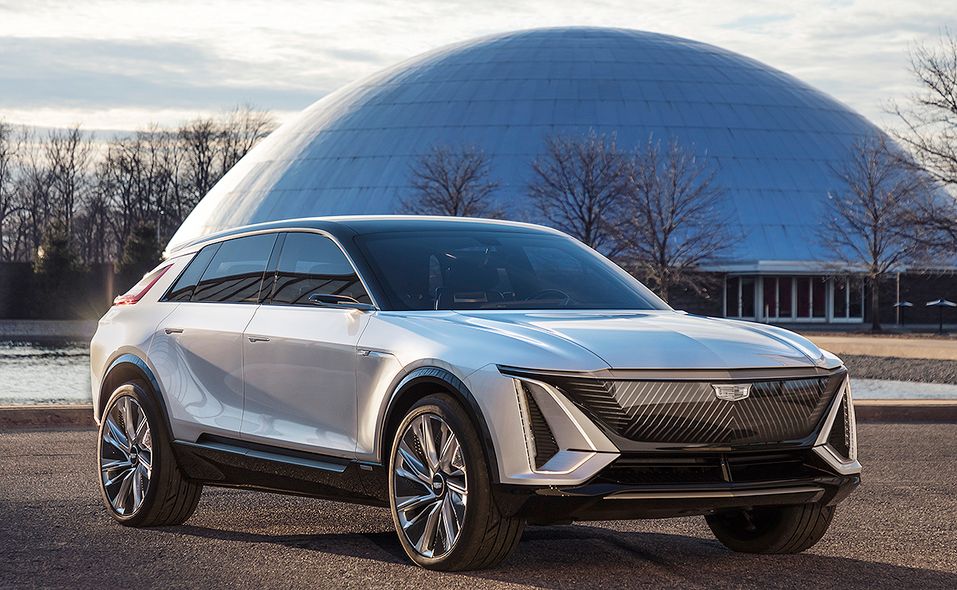 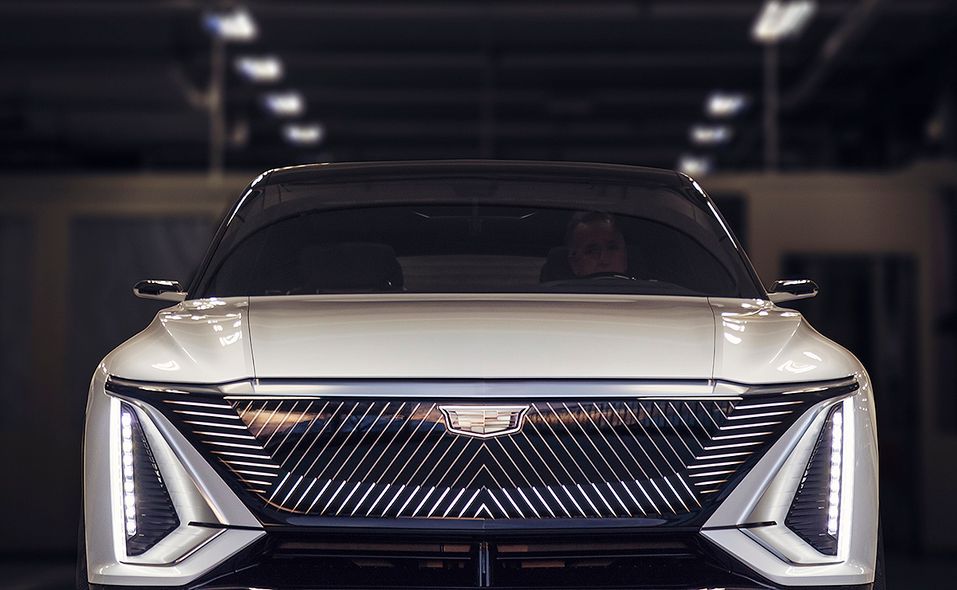 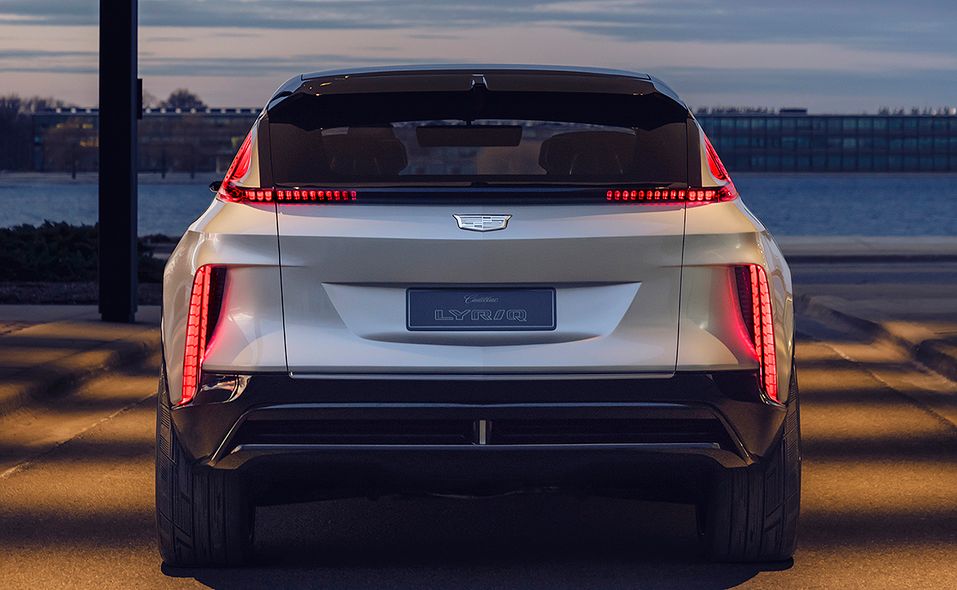 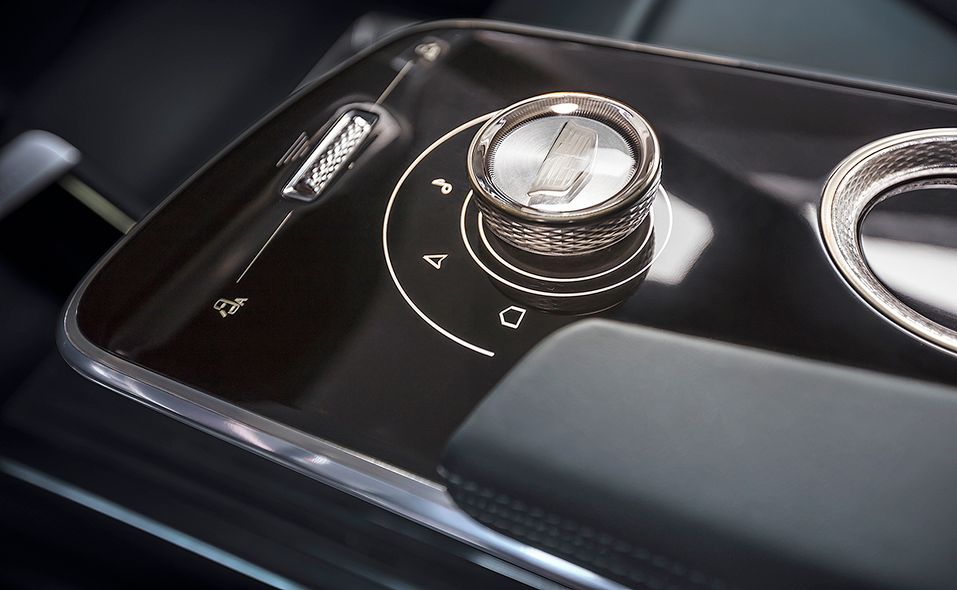 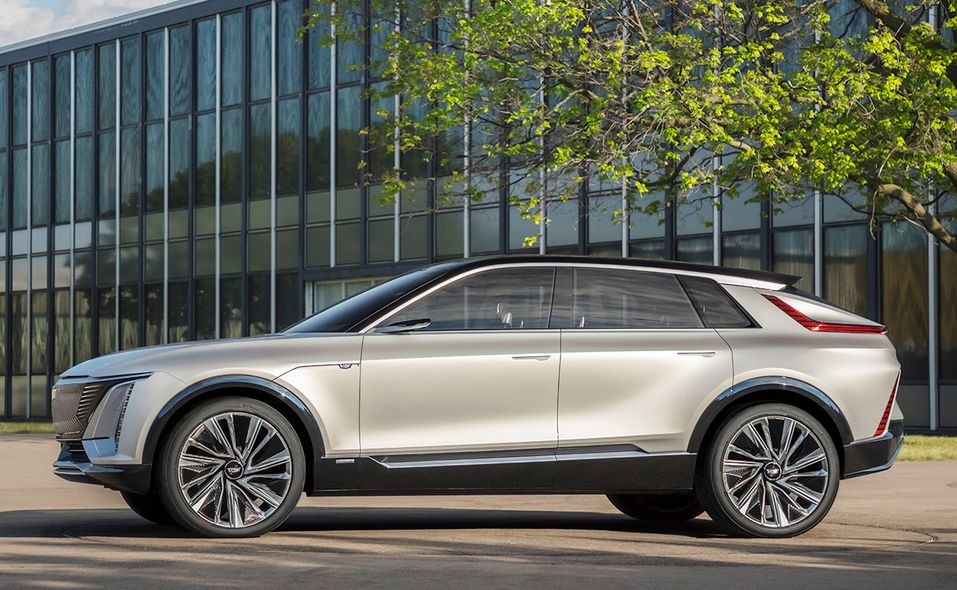 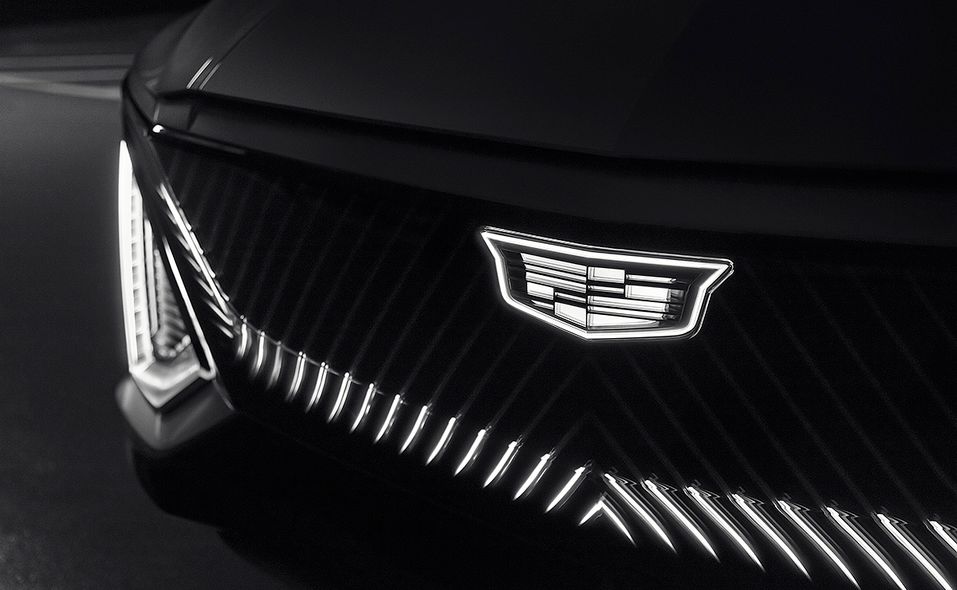 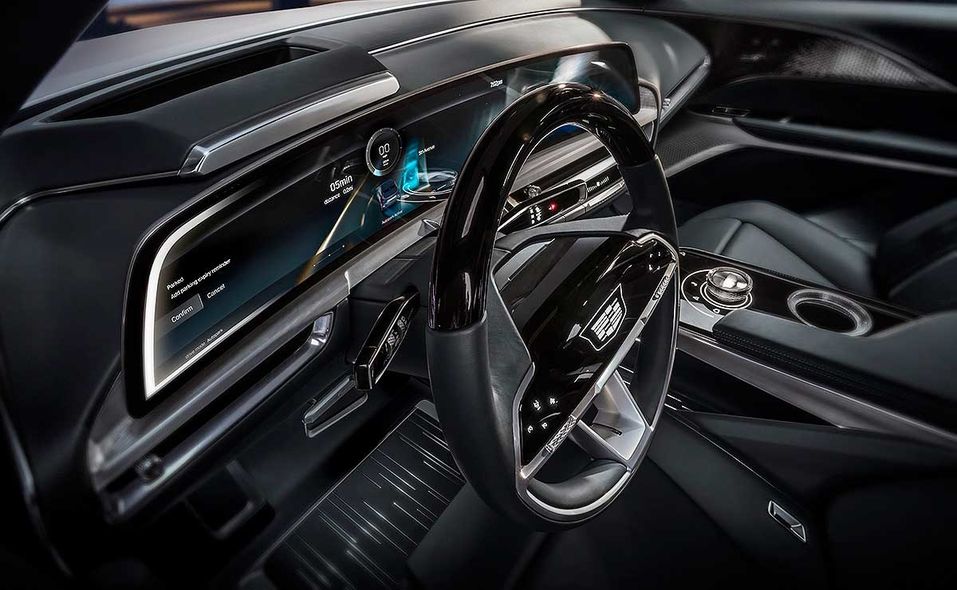 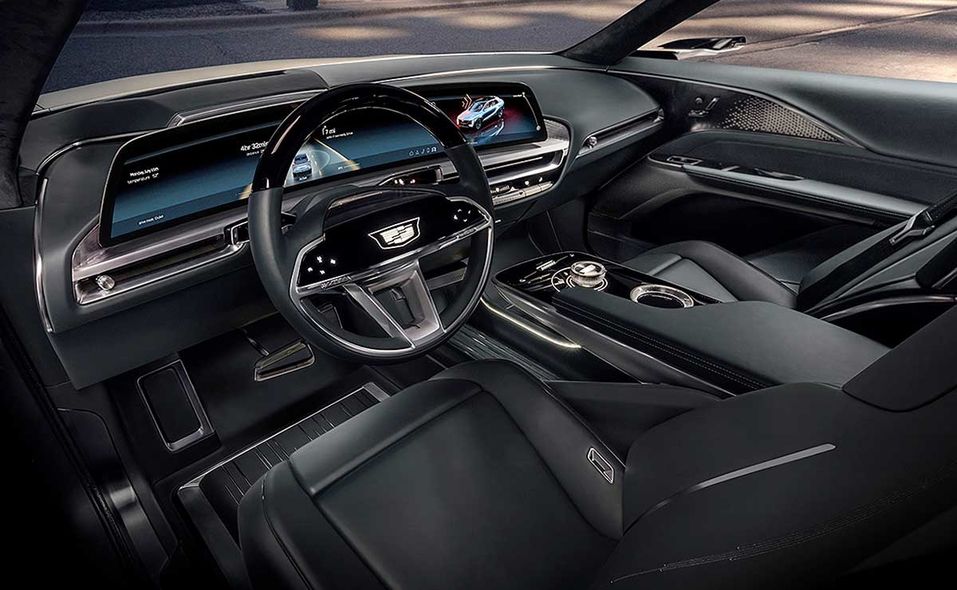