Buick's move toward an all-electric lineup by 2030 will result in vehicles with a more sculptural look, wider stance and more spacious interior. 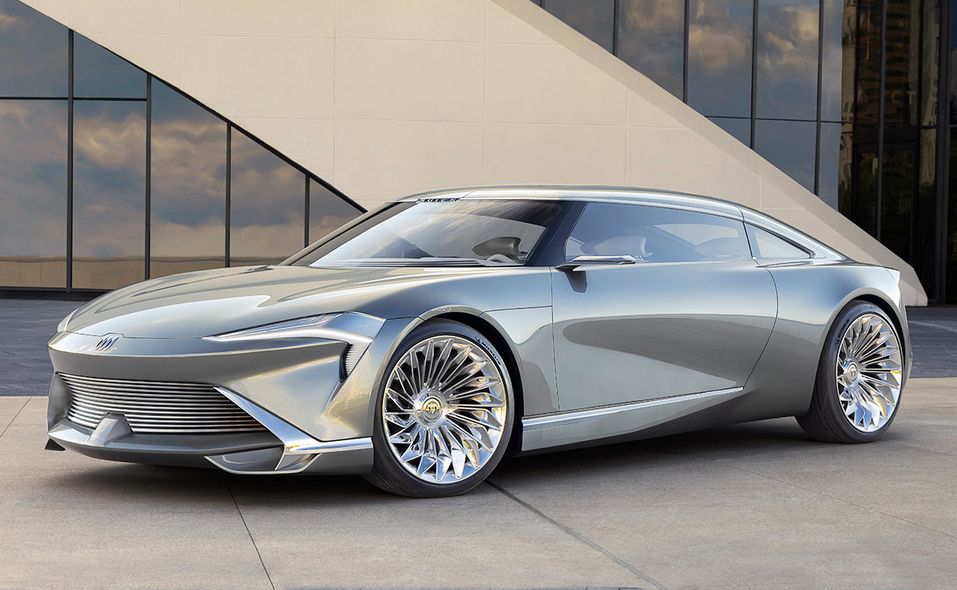 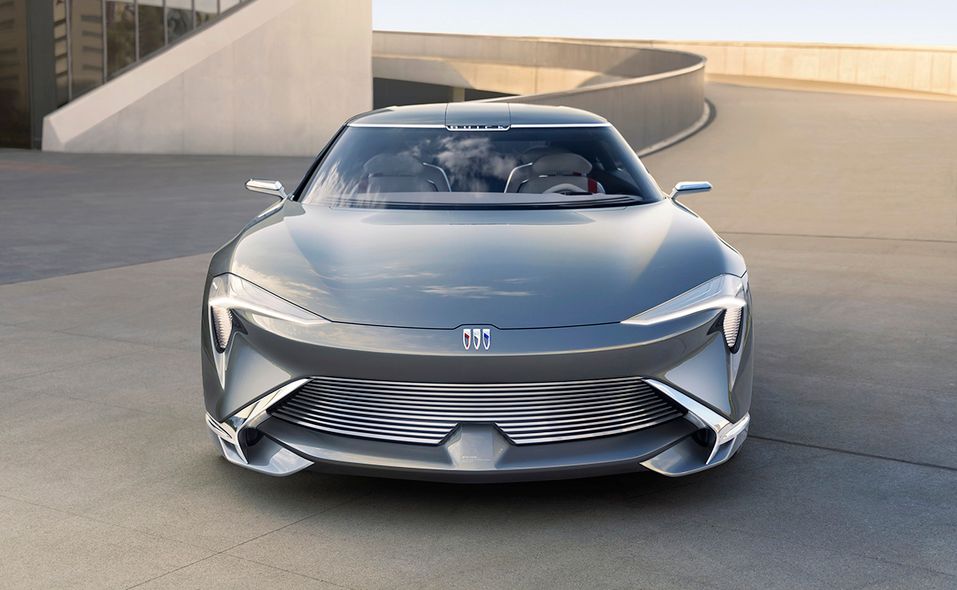 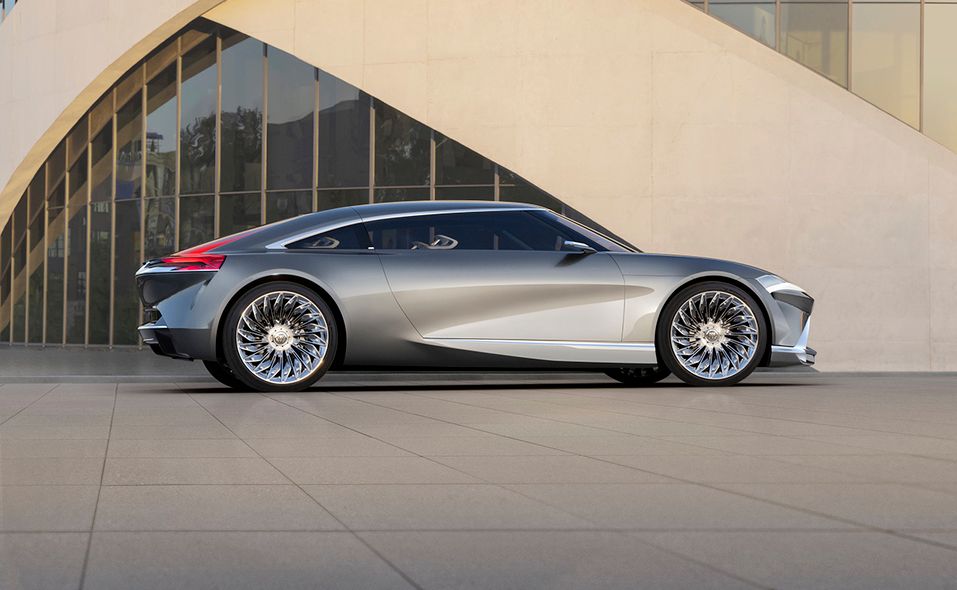 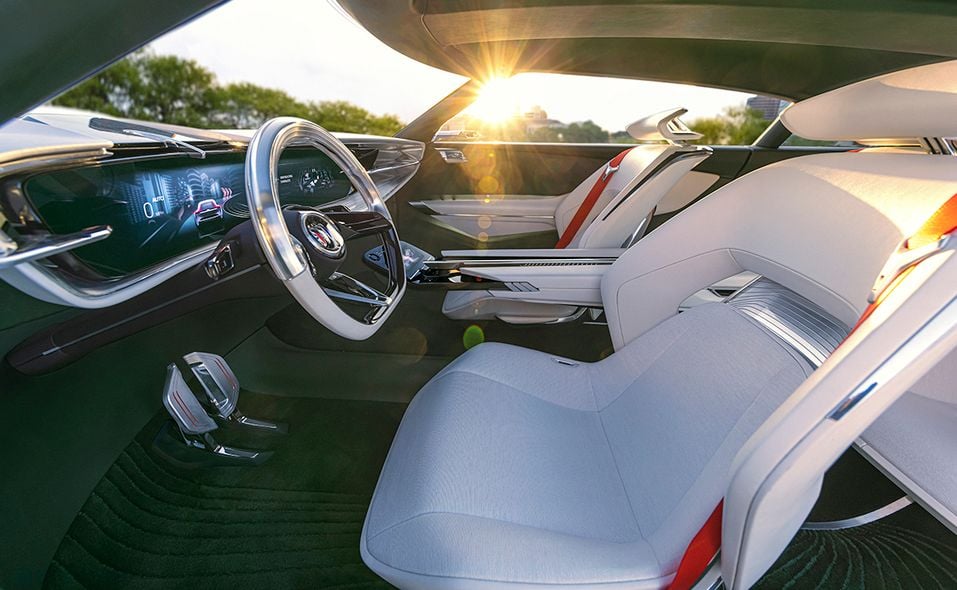 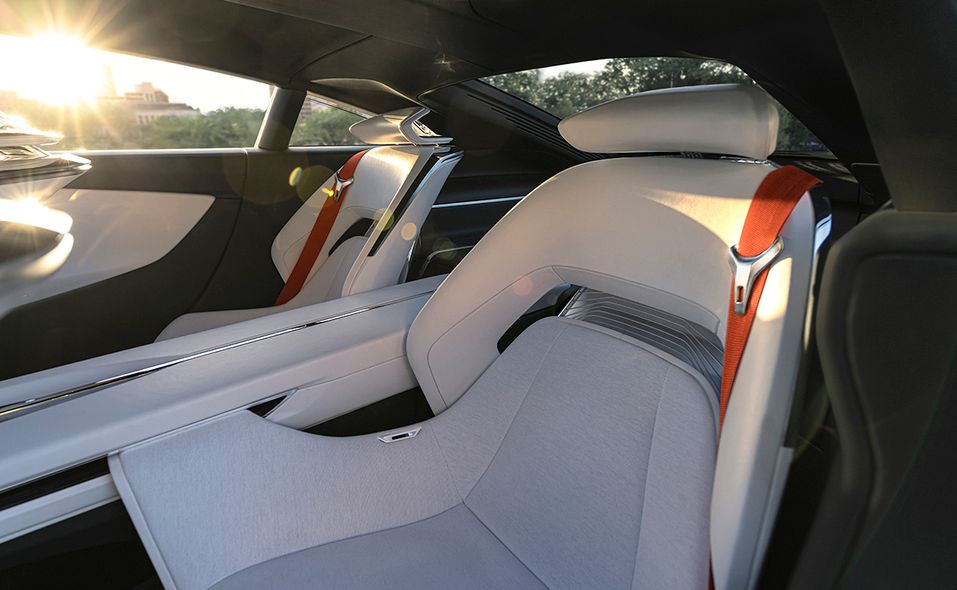 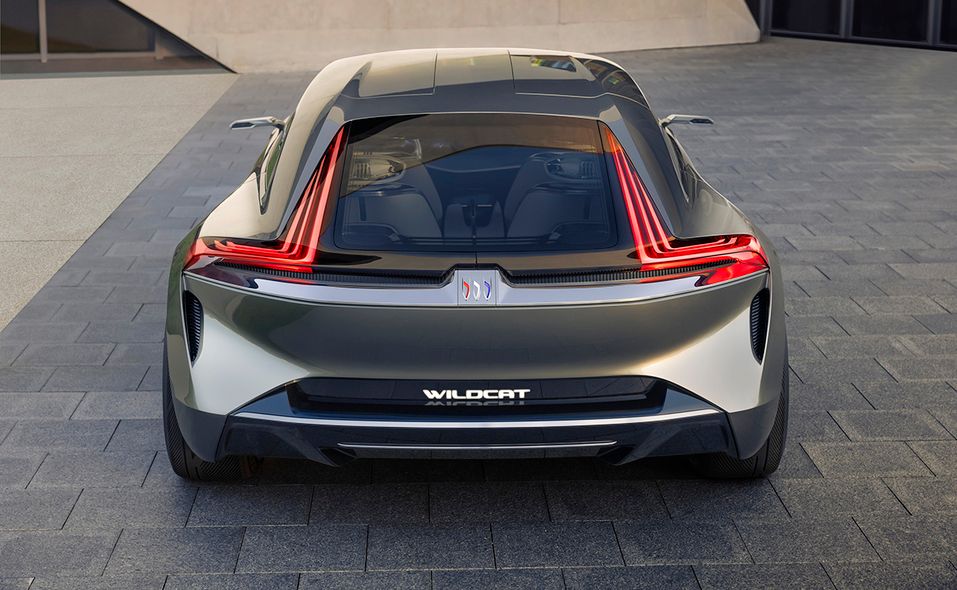 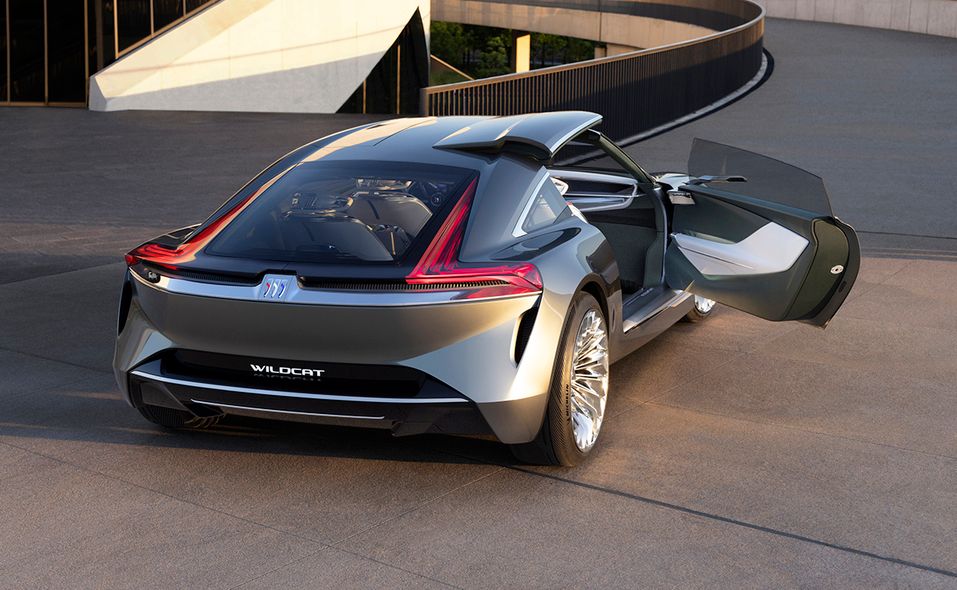 DETROIT — Buick is giving customers and dealers a hint of its future design philosophy with the Wildcat electric vehicle concept unveiled Wednesday.

As the brand plans to launch an all-electric lineup in North America by the end of the decade, it will also revamp its design approach by giving vehicles a more sculptural look, wider stance and more spacious interior.

"We are on the cusp of true change, and this concept is a tangible vision of it," Sharon Gauci, executive director of global Buick-GMC design, said in a statement. "It inaugurates the next chapter in Buick's design heritage as we make the crucial transition to our all-electric future."

Every future production vehicle will be informed by the Wildcat concept in some way, Gauci told Automotive News.

The Wildcat shows Buick's new face for EVs, with a low-mounted mouth where a grille would typically be and high-mounted, check mark-shaped headlights and taillights. The windshield wraps around the vehicle, edging into the side glass and flowing into the roofline. The left taillight also shows a black shape of a wildcat when illuminated.

"For Buick, sculptural beauty is really what we're going after," said Therese Pinazzo, Buick exterior and interior design manager. "The vehicle kind of feels like it's moving even when it's standing still."

The four seats inside the Wildcat's cabin are separated by a console that appears to be floating through the vehicle's midline, from the instrumental panel to the rear.

There is a sweeping touch screen in the instrument panel and another screen on the console. An exterior camera paired with an interior screen replaces the rearview mirror, making it easier to monitor traffic around the vehicle.

The concept is also designed to use artificial intelligence, biometrics and aromatherapy to adjust vehicle settings for individual drivers, similar to Cadillac's halo concept vehicles.

Wildcat is an old name for Buick concepts, dating to a 1953 creation that previewed next-generation Buick design, followed by Wildcat II and Wildcat III concepts in subsequent years. In 1985, Buick revealed a midengine, all-wheel-drive Wildcat concept to show off new engine technology.