LOS ANGELES — BMW is expanding its utility vehicle lineup with the first standalone vehicle from its M performance brand since the BMW M1 launched five decades ago.

The BMW Concept XM, revealed at a press event here this month and again Monday in Miami, is a preview of the most powerful M vehicle in its lineup, the automaker said.

The series-production version of the XM will launch late next year, assembled at BMW's factory in Greer, S.C.

Franciscus van Meel, CEO of the M brand for BMW, described the XM as "a pinnacle of expressive luxury."

He noted the new model's target customer as being "extroverted" and "non-conformist."

"We are really addressing target groups that we didn't address within BMW and M," van Meel said.

The new model will be offered worldwide, but the U.S. will be the single-biggest market, BMW said.

Like its Mercedes-Benz rival AMG, BMW's M subbrand holds a high level of prestige in the marketplace, and having a standalone model keeps it in that exclusive strata, said Sam Fiorani, vice president at AutoForecast Solutions.

"This new model will pull up the other M editions, as buyers see them as more aspirational than just simply a trim level on otherwise common models," Fiorani said.

The XM will be available only as a plug-in hybrid, using the automaker's newly developed M Hybrid drive system, mating a V8 engine and a high-performance electric motor to generate up to 750 hp. The vehicle will have an estimated all-electric range of up to 30 miles.

With tightening emissions regulations, high-powered models will need to have some sort of hybridization to stay clean, Fiorani said.

"Adding the plug-in option gives drivers the ability to travel with no tailpipe emissions, and not adding to the automaker's already high CO2 count," he said.

"You have the punch of the EV engine, which is the maximum torque from a standstill, combined with the V8 engine, which is quite responsive," van Meel said. "This is the best of two worlds and is a nice combination for a high-performance car because it gives you performance under all circumstances." 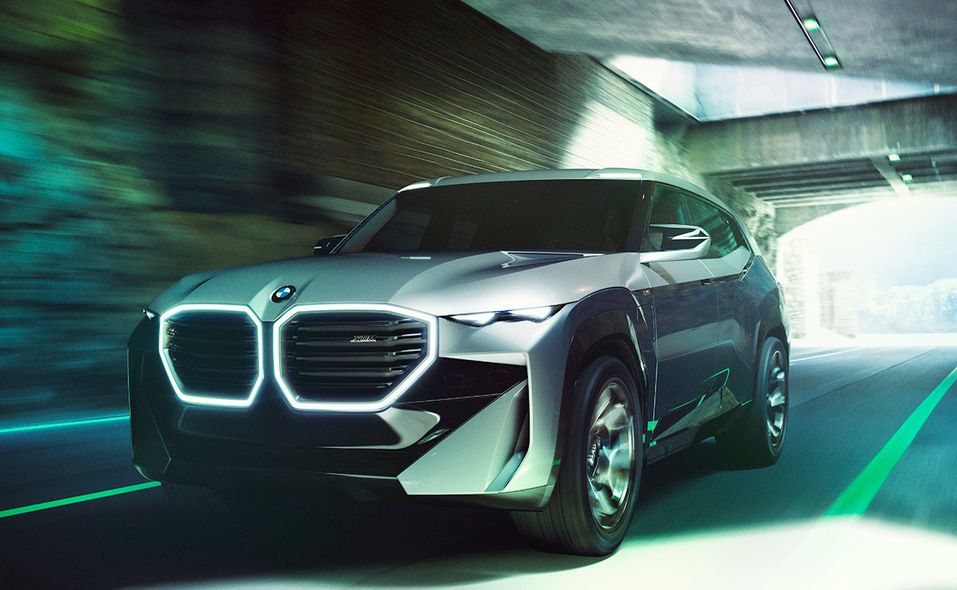 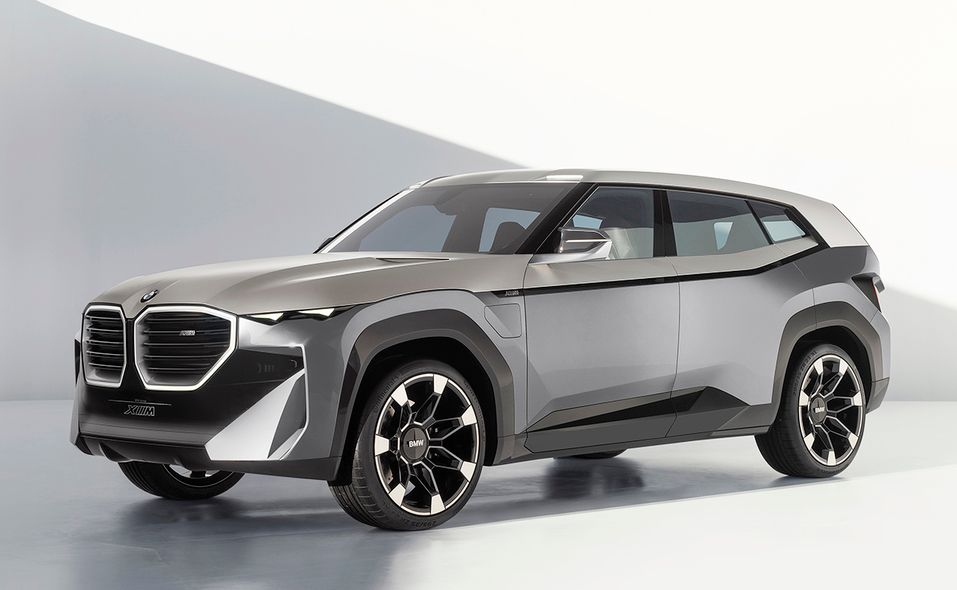 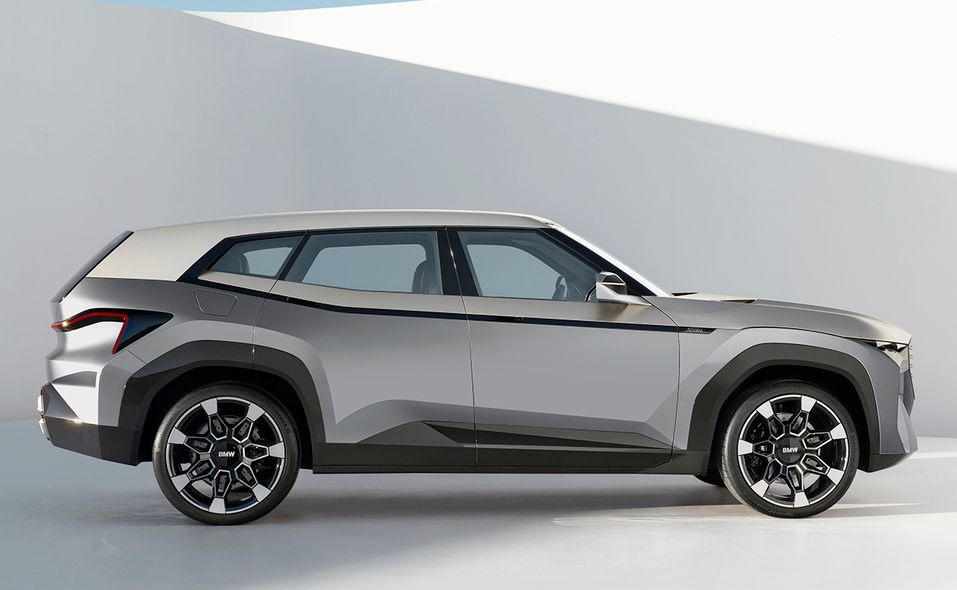 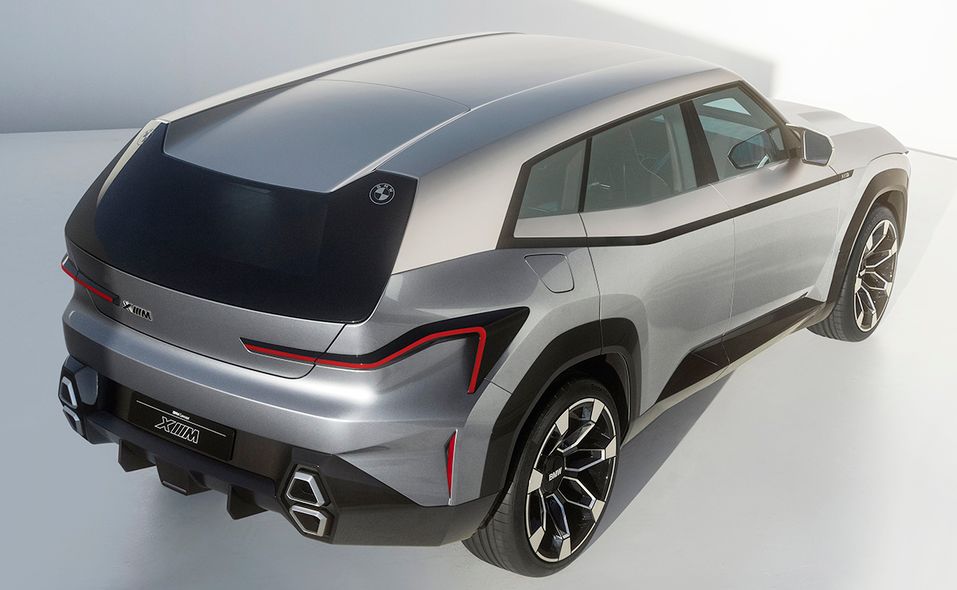 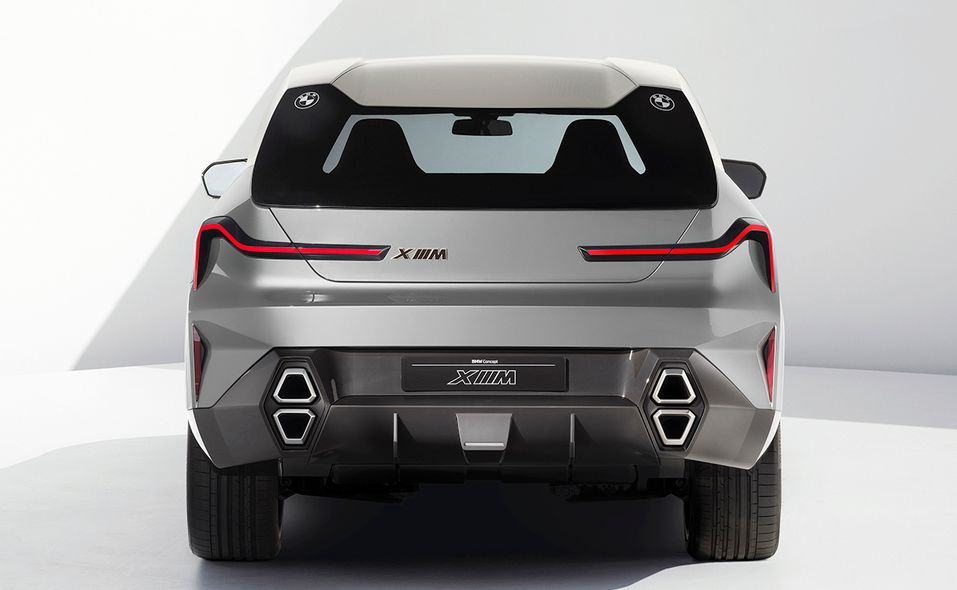 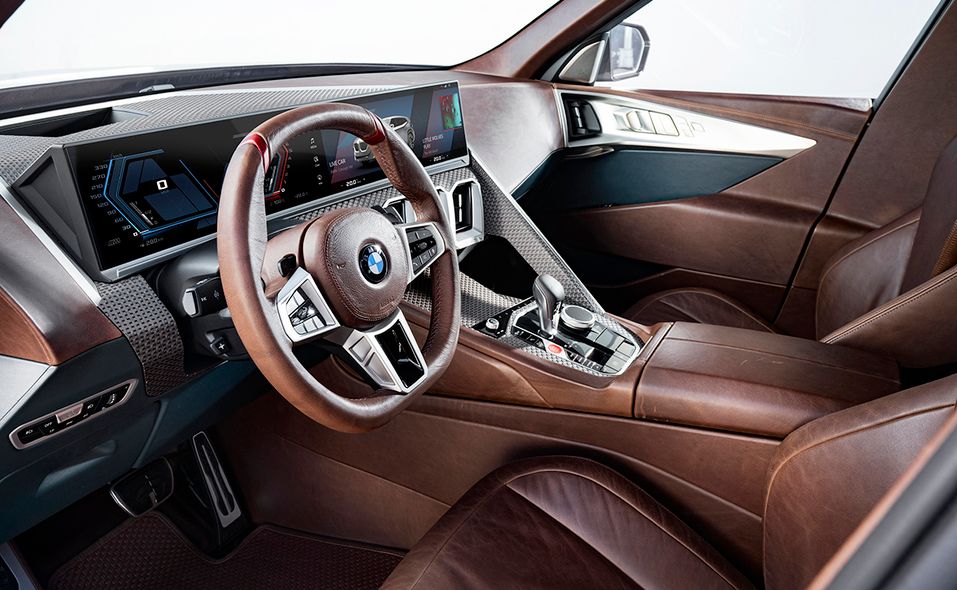 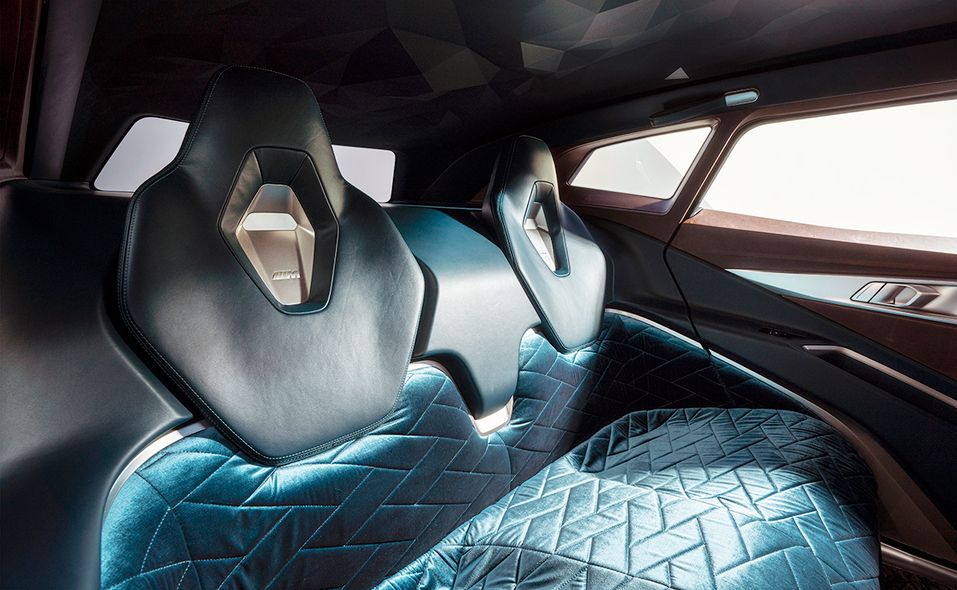 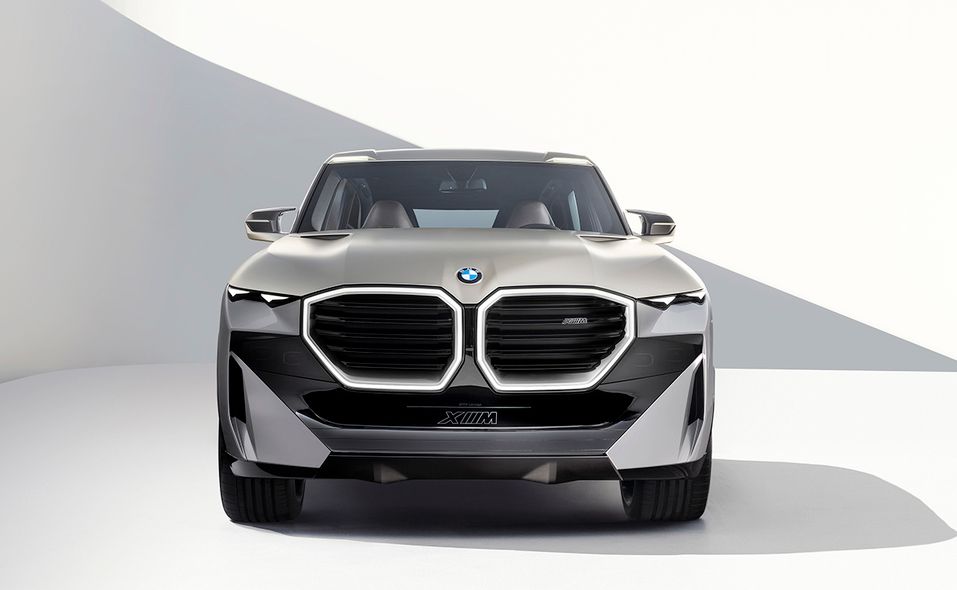 BMW's decision to launch the XM as a plug-in hybrid, instead of as a battery-only model was about pragmatism.

While much of the industry is moving on from combustion engines, the BMW M performance subbrand still sees a business case to keep high-octane engines around.

"We still have a big demand for V8 engines," van Meel said. "We don't want to shut that off on short notice."

The design of the coupe-like Concept XM, which is more than 90 percent similar to the coming production version, heralds a new front end — a version of which will be seen for the first time in 2022 as part of a BMW model offensive.

The headlights have been split into two modules, with the daytime driving light located in the slim upper module. The low-beam and high-beam headlights will be in the lower module, mounted behind tinted glass.

The large kidney-shaped grille sits between the headlights and tapers toward the outer edges, producing a near-octagonal outline. M-style double bars within the grille add to the perception of width.

Contour lighting sets off the grille to make the daytime driving lights recognizable.

The new XM logo in the kidney grille and the large air intakes are a visual reminder of the V8 under the hood.

From the rear, the XM concept appears low and sporty. Slim L-shaped rear lights extend almost the width of the vehicle. The lights are completely black when not active, and reveal a uniform beam of red when switched on.

Dominating the rear apron are the characteristic twin tailpipes of BMW M models, this time in a vertical arrangement.

"This enabled us to go wider with the rear diffuser so that we could improve our aerodynamics," van Meel said.

In homage to the M1, the rear window features dual laser-etched BMW roundels.

BMW will dial up the M's luxury quotient with the XM.

"The feedback from our customers is that they really love our cars," van Meel said. "But in the future, they would wish to have also more luxury in their cars."

The visual highlight of the cabin is the headliner with its three-dimensional prism structure. A combination of indirect and direct lighting produces a relief-like structure. The ambient lighting can be activated in the three BMW M colors.