As part of Bentley's 100th birthday celebration last week, the British ultraluxury brand rolled out the EXP 100 GT concept. The vehicle is a 228-inch-long grand tourer that the automaker says has a range of 435 miles on a single charge because of its battery technology that is five times the energy density of what is available today. Bentley says the concept visualizes luxury motoring in 2035, when autonomous technology goes hand in hand with long-range batteries. Here's a roundup of initial EXP 100 GT reaction from the automotive media.

"Beyond its environmental credentials, the EXP 100 GT also offers plenty of what could be termed Bentleyness. It is a long and opulent coupe — the concept is 228 inches long — but despite the length of the passenger cabin, it only has two doors, and, as in all the best concepts, they hinge upward to give access to the cabin. While we have to agree with Bentley's claim that their 118-inch open height 'adds to the sense of occasion on arrival,' they would also limit access in most parking structures.

"Inside is a reconfigurable layout with sliding seats that allow it to run in two-, three-, or four-passenger configuration. As the concept's vestigial steering wheel suggests, it is also being pitched as being able to operate with high-level autonomy. The interior is trimmed with the sort of high-end sustainable materials Bentley thinks that the next generation of hyper-wealthy buyers are going to insist on, including copper-infused wood from 'naturally fallen' trees that have been preserved for thousands of years in peat bogs and what is described as a 'leatherlike seating material' based on various byproducts of winemaking. This looks better than it sounds."

"The front is probably the most jarring element here; even though this is an EV, more of the front fascia's real estate goes to a grille-shaped design element than on the internal combustion-powered Bentayga SUV. Combined with the round headlights, this gives the car a surprised appearance.

"Since this is a grand tourer, Bentley put a lot of effort into the interior; it's probably the most spectacular part of the concept. It uses both traditional materials, like carpets made from British wool and Cumbrian crystal touchpoints, along with future-y stuff like an organic, presumably vegan leather-like textile made from wine-making byproducts, to great effect. (The exterior paint is made, apparently, from recycled rice husks.)" 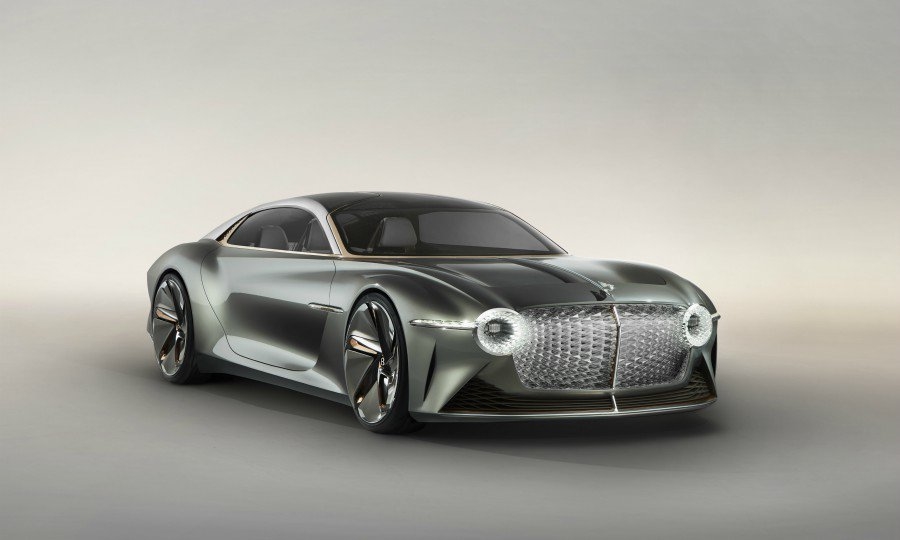 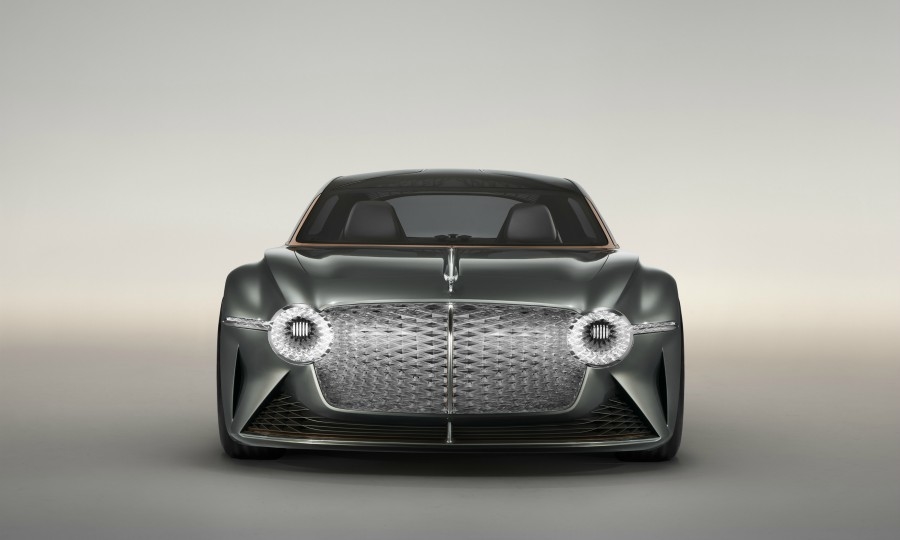 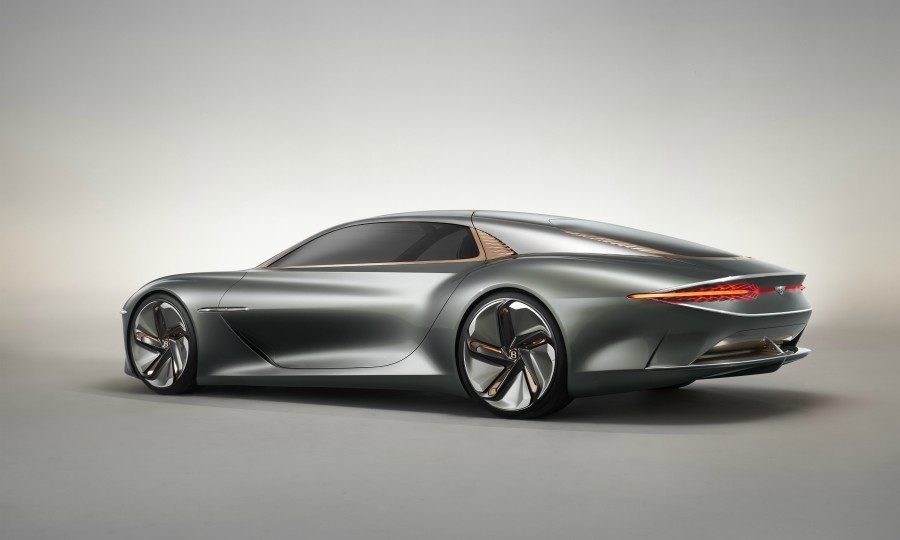 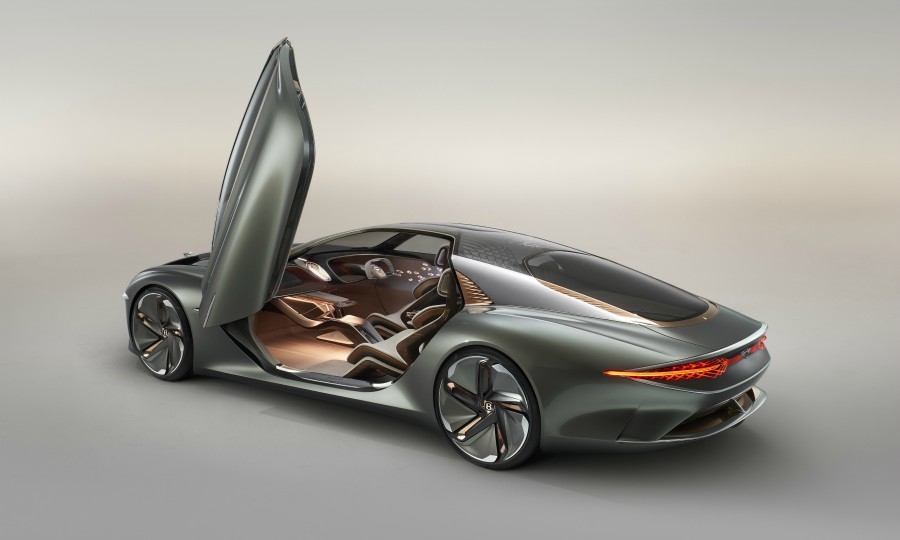 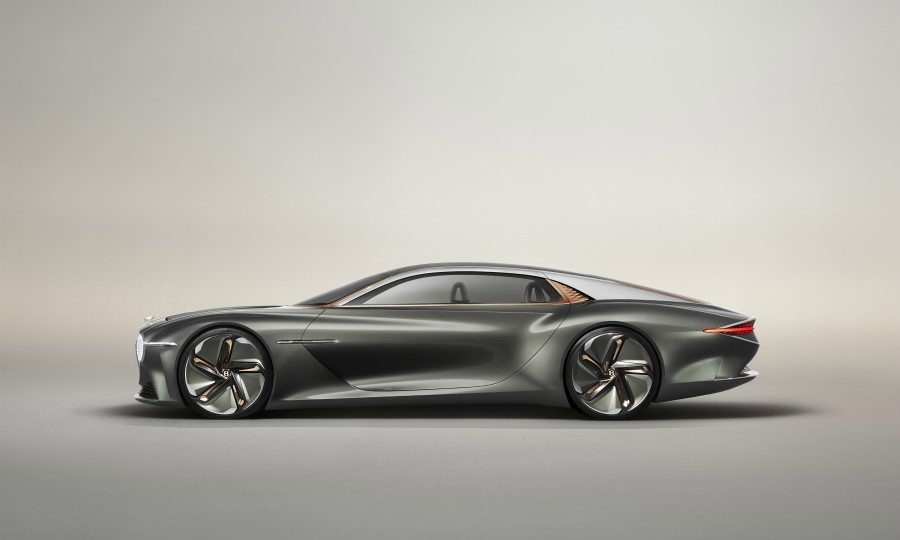 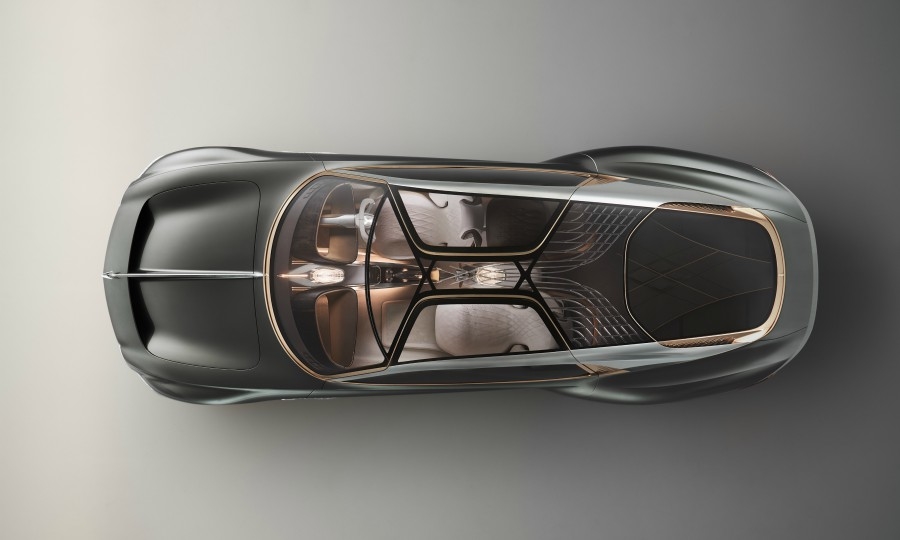 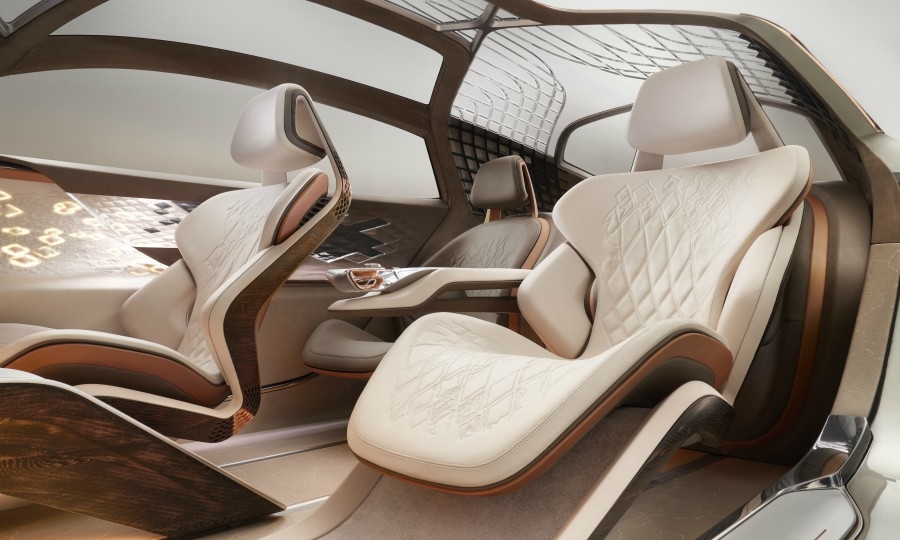 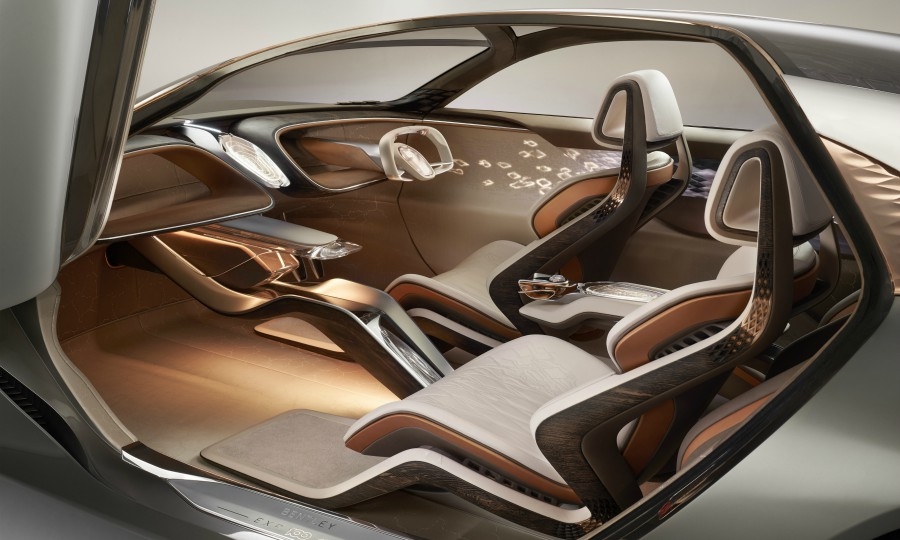 "Aesthetically, the EXP 100 GT is striking, to say the least. Its sleek body is constructed from lightweight aluminum and carbon fiber, though it's larger than it appears in photos. At nearly 20 feet long and 8 feet wide, it's considerably bigger than even a Range Rover, but it disguises its dimensions well, thanks to sleek proportions and a wealth of impressive details littered throughout.

"The front is pure, futuristic aggression. It features the new 'Flying B' Bentley mascot, developed for the company's centenary, along with round headlights that spill over into a massive illuminated grille consisting of 6,000 LED lights."

"You couldn't mistake it for anything other than a Bentley, certainly. The grille is overlapped by round headlamps, reminiscent of the Bentley Blower, while the muscular haunches at the rear are a visual theme started by the R-Type Continental and present on the Continental GT today.

"It has presence, too. Partly that's down to the sheer scale: at 19 feet long and almost 8 feet wide, this is no small car. Even without a production vehicle alongside to give the size some context, it's obvious that the EXT 100 GT's designers went the 'bigger is better' route."

"Interestingly, the EXP 100 GT's big coupé proportions bear a clear but advanced resemblance to today's most recently arrived current Bentleys, the Continental GT and Flying Spur. The new concept also has the fastback and rear haunch of one of Bentley's most famous cars, the R-Type Continental coupé. The round lights overlapping the extremely ornate and prominent grille — which, like the 'Flying B' bonnet motif, lights up when the driver approaches — are an acknowledgement of the famous 'Blower' Bentley of the 1920s, designers say."

"The design really is striking. Its carbon fiber and aluminum body is enormous at 19 feet long, yet it's just a two-door coupe. The front overhang is nearly nonexistent, but the tail stretches way behind the back wheels. Signature round headlights blend into a fully illuminated grille. Even the hood ornament and center trim piece on the hood light up. The doors open in a scissor fashion just like a Lamborghini."