Audi introduced a concept for a sportback version of the e-tron battery-electric vehicle that it says will go into production in 2021 and have a greater range than the existing e-tron.

Unlike the original e-tron that is now available in the U.S., the Q4 Sportback e-tron concept is built on Volkswagen Group's flexible MEB electric platform and is expected to offer an all-wheel-drive range of about 280 miles equipped with a 82-kWh battery, with a rear-wheel-drive variant able to achieve up to 311 miles of range. The current e-tron is rated at 218 miles of range and has a 95-kWh battery.

As with the brand's other sportback models, the Q4 Sportback e-tron has a roofline that aggressively dips in the rear. The swoop is accentuated by a large rear spoiler, which improves airflow and range.

Inside the cabin, the flat floor enabled by the battery pack gives the compact crossover the interior space of a midsize vehicle. The instrument cluster and panel are dominated by large displays, including a 12.3-inch infotainment touch screen.

Audi said a version of the concept will go into production next year. It is expected to go on sale in the United States in late 2021 or early 2022. 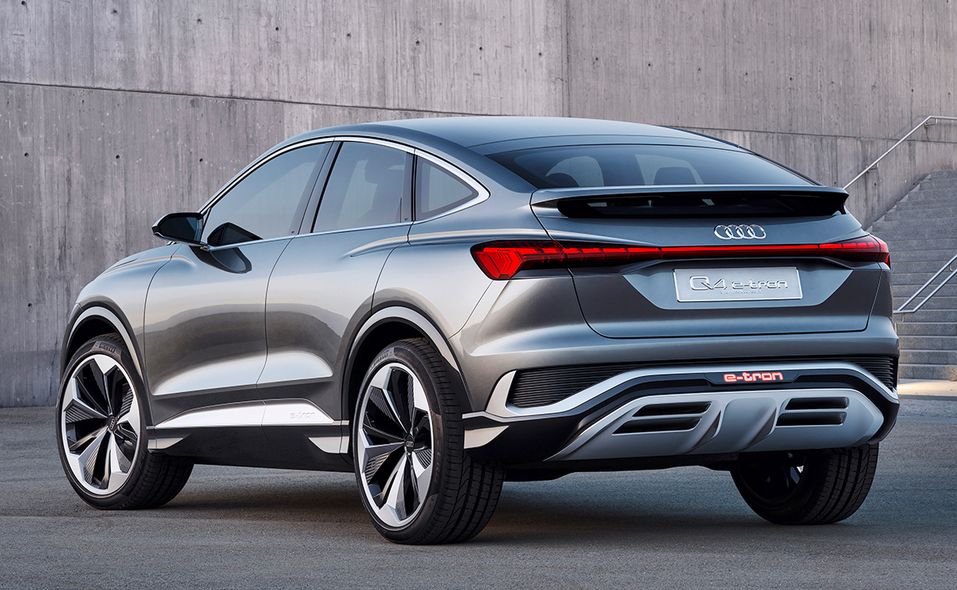 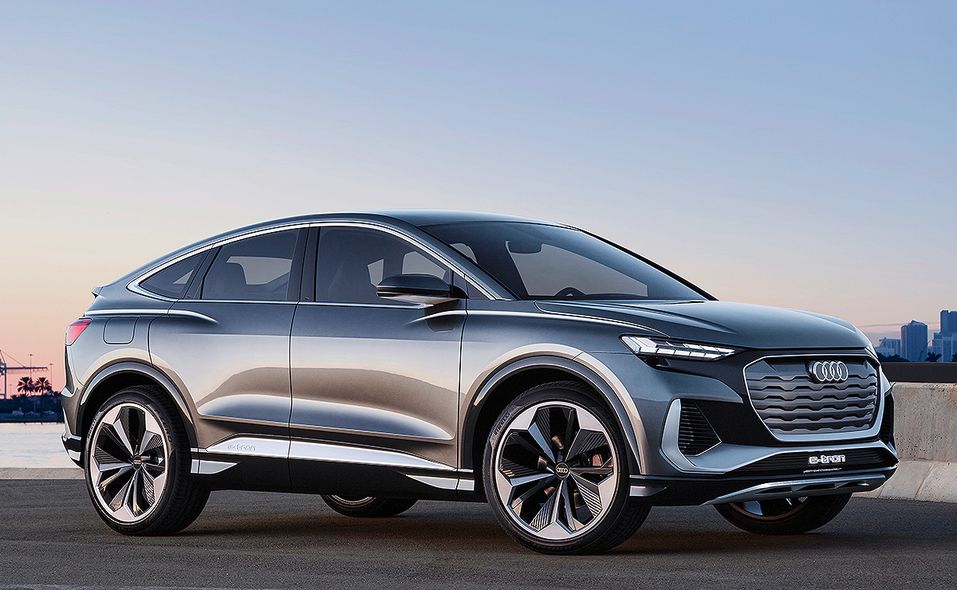 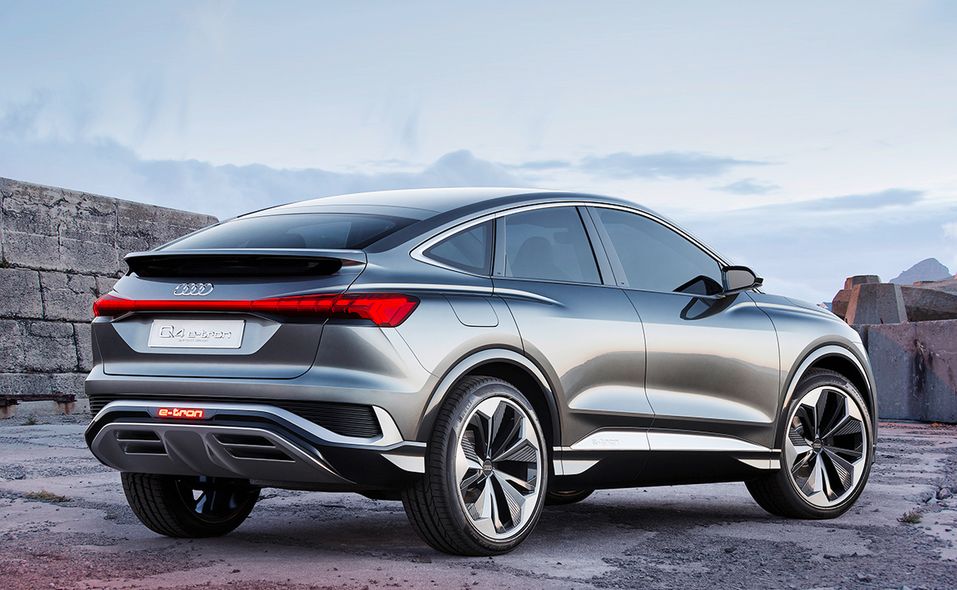 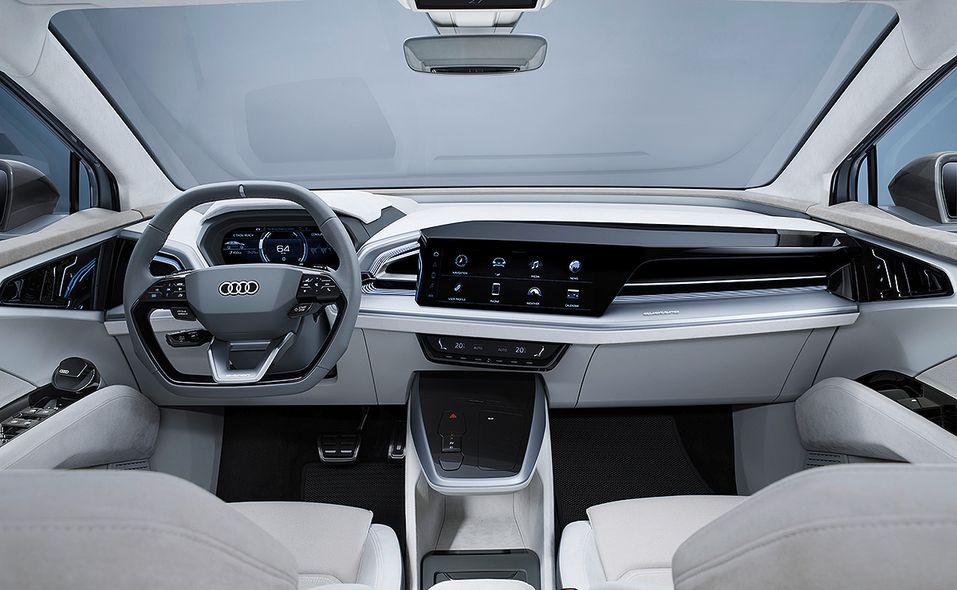 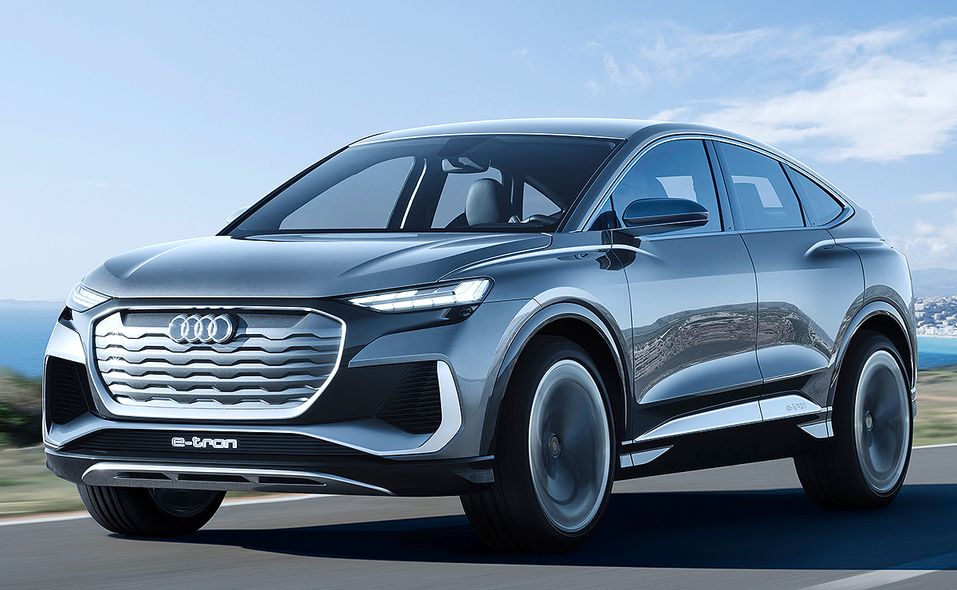 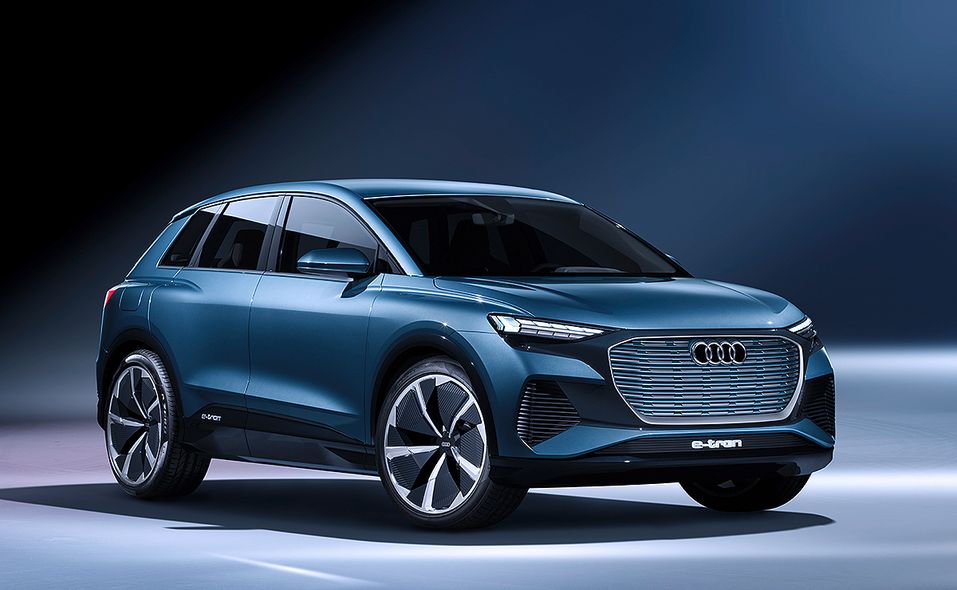