The 2023 Honda Pilot sports muscular looks and a new 3.5-liter engine. New TrailSport trim level should bring some off-road cred to the nameplate.

The 2023 Pilot, based on Honda's new light-truck architecture, is 3.4 inches longer than the crossover it replaces.

LOS ANGELES — Honda's fourth-generation Pilot takes the stage as the closing act to what the Japanese automaker dubs the "year of the Honda SUV." The company has reimagined its kid-hauler for 2023 as a more competitive crowd pleaser in one of the industry's toughest segments.

Though the three-row Pilot is technically a unibody crossover, in its newest form it represents the closest thing Honda has to a true sport utility vehicle — reaching beyond the size and capability even of the midsize Ridgeline pickup.

The 2023 Pilot, based on Honda's new light-truck architecture, stretches 3.4 inches longer than the crossover it replaces. The wheelbase is up by 2.8 inches to 113.8 inches, while the front and rear tracks are extended by more than 1 inch. The bigger size lends to a smoother ride and greater stability, Honda says, while adding more space in the second and third rows and to the cargo area.

Also noteworthy is Pilot's powertrain — a new 3.5-liter V-6 engine mated to Honda's second-generation 10-speed automatic transmission. Honda says this is its most powerful engine yet with 285 hp and 262 pound-feet of torque. Though fuel efficiency is not yet certified, Honda expects ratings will improve over the outgoing model.

U.S. sales of the Pilot, Honda's No. 3 light truck after the CR-V and HR-V, dropped 33 percent to 82,795 vehicles through the first 10 months of the year as the company battles parts shortages and shipping delays. Deliveries peaked at 159,615 vehicles in 2018. The Toyota Highlander, with U.S. sales of 182,413 vehicles, down 19 percent through October, and the Ford Explorer, with 172,130 deliveries, down 4.8 percent, dominate the lucrative three-row crossover market.

The new Pilot reclaims the boxy silhouette of the second-generation model that was swapped for a softer, more aerodynamic shape on the third-generation model. A strong beltline and flared fenders help portray a move aggressive stance.

The A-pillar is now pushed back and, in combination with a giant clamshell design hood — the largest Honda has ever produced — makes for a longer, more athletic dash-to-axle ratio.

The rugged TrailSport is designed to compete in a growing pool of crossovers that provide more than just point A to point B errand running. These include the Grand Cherokee L, Ford Explorer Timberline, Nissan Pathfinder Rock Creek and new Kia Telluride X Pro.

According to Honda, its development team was looking to ensure that the Pilot TrailSport could handle trails with at least moderate ratings, which Honda says includes more than half of all off-road trails in the U.S.

The TrailSport comes with exclusive badging on the grille and cast into its 18-inch wheels. The wheel design features inset spokes for protection on the trail. Recovery hooks are incorporated into the front skid plate and into the tow hitch. All-season floor mats are standard.

The TrailSport and top-of-the-line Elite come standard with all-wheel drive, which now has a stronger rear differential for better traction on slick pavement and off-road. The Pilot Sport is positioned as the base trim level, with the EX-L and the Touring series bookending the TrailSport. Honda has not released pricing but expects most customers will opt for the EX-L, which comes standard with leather seating.

Except for the base model Sport, all trim levels of the Pilot get a 9-inch center touch screen with wireless Android Auto and Apple CarPlay compatibility and wireless charging. The Pilot Sport gets a 7-inch screen and wired Apple CarPlay and Android Auto. Every trim level comes equipped with a 7-inch driver information display except the Pilot Elite, which gets the upgraded 10.2-inch display.

Five selectable drive modes are standard — Normal, Econ, Snow, Sport and Tow. In addition, the Pilot EX-L with awd, TrailSport and Elite get an updated Sand mode and new Trail mode. With all-wheel drive and towing accessories, the Pilot is rated to haul up to 5,000 pounds. Hill Descent Control, which can be activated for more accuracy on steep declines when traveling between 2 mph and 12 mph, is standard.

All Pilots get an updated version of Honda's suite of advanced driver-assist technology features, which include a new camera with wider 90-degree view and wider-angle radar with 120-degree view for improved collision prevention performance.

The 2023 Honda Pilot goes on sale in December. Production will continue at Honda's factory in Lincoln, Ala. 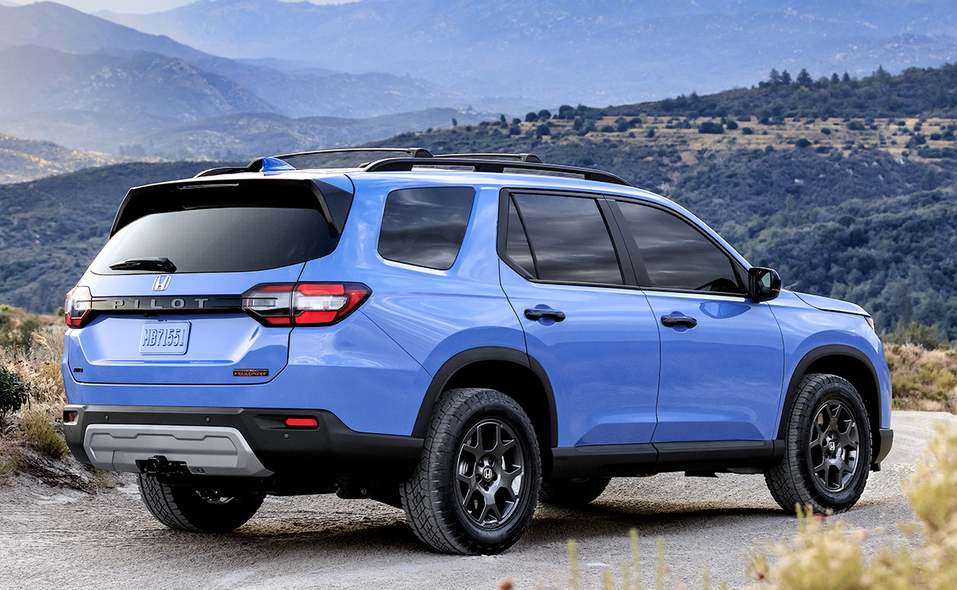 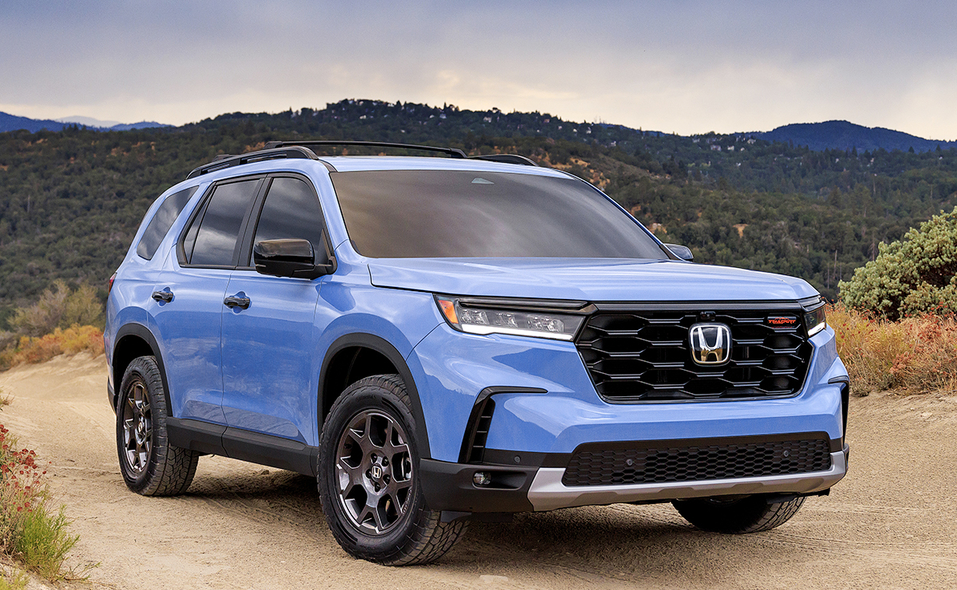 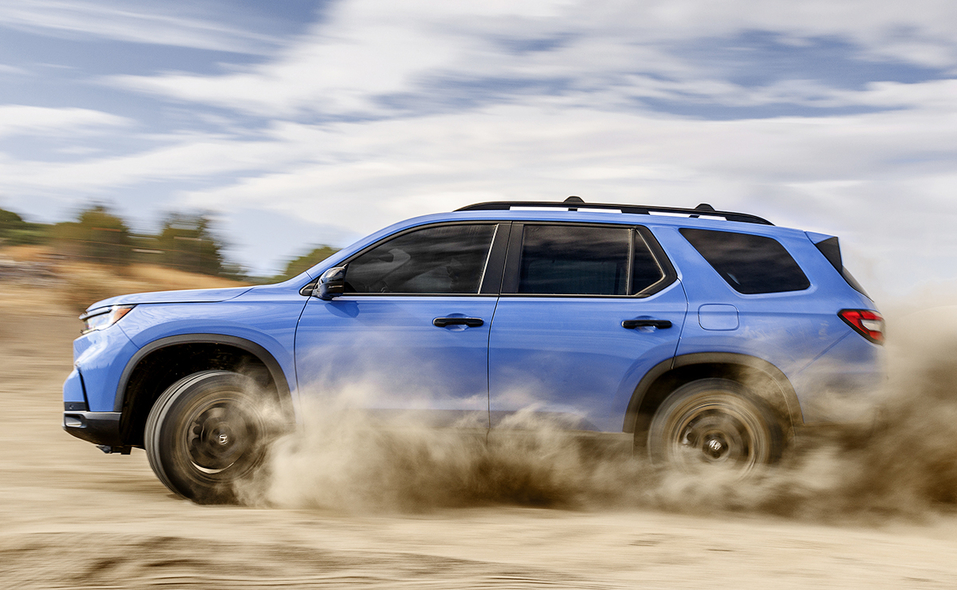 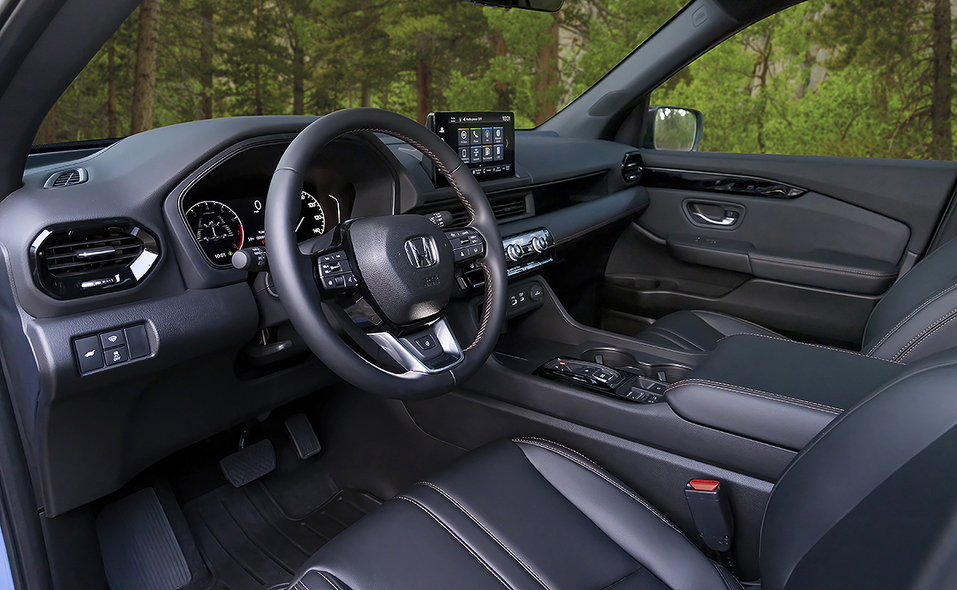 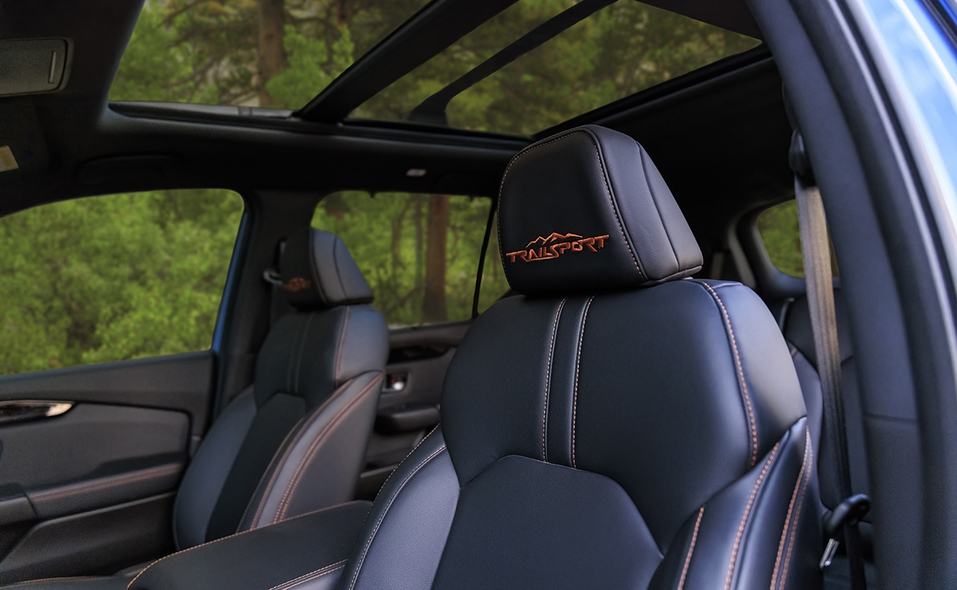 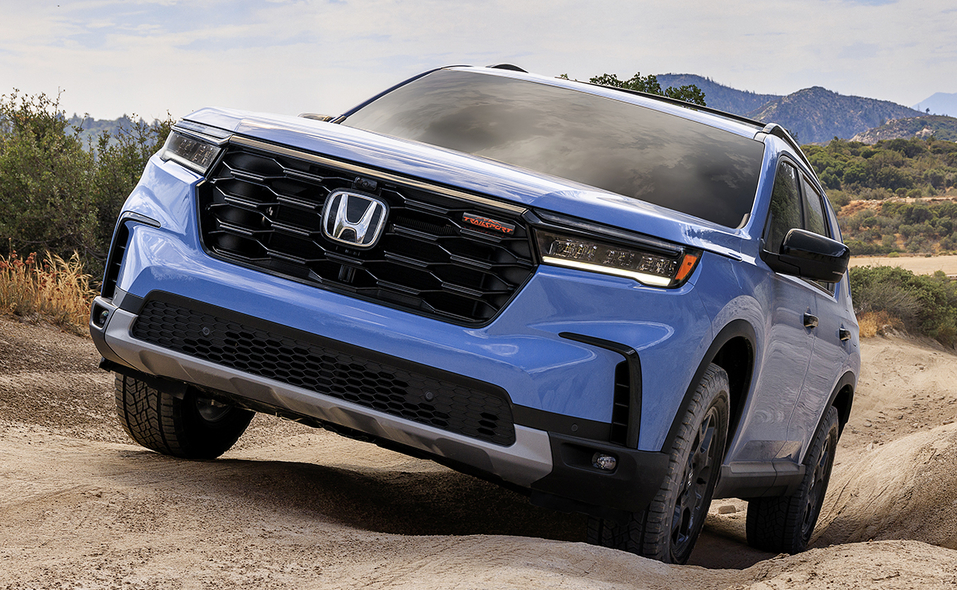