The 2023 Dodge Hornet is the brand's first plug-in hybrid. 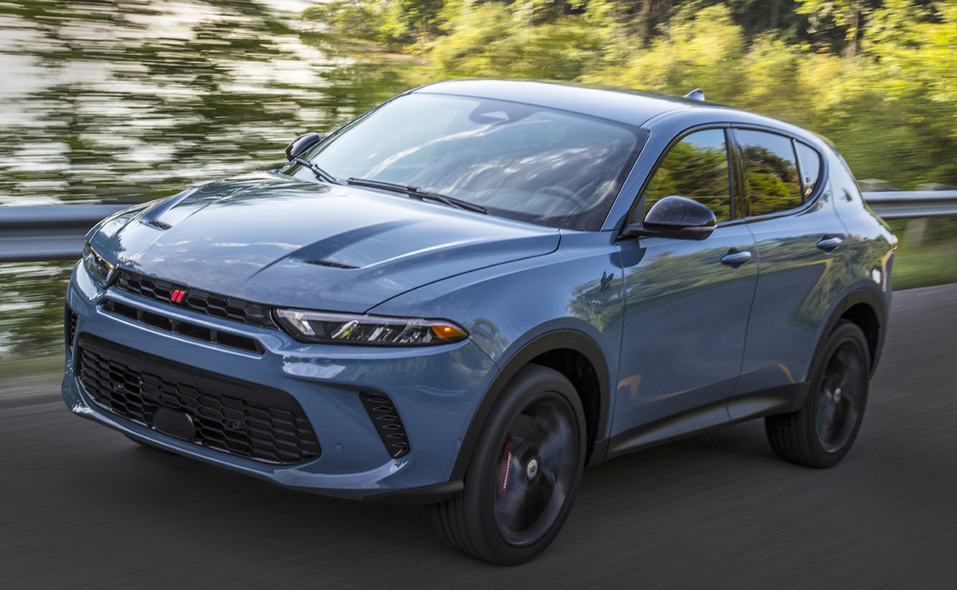 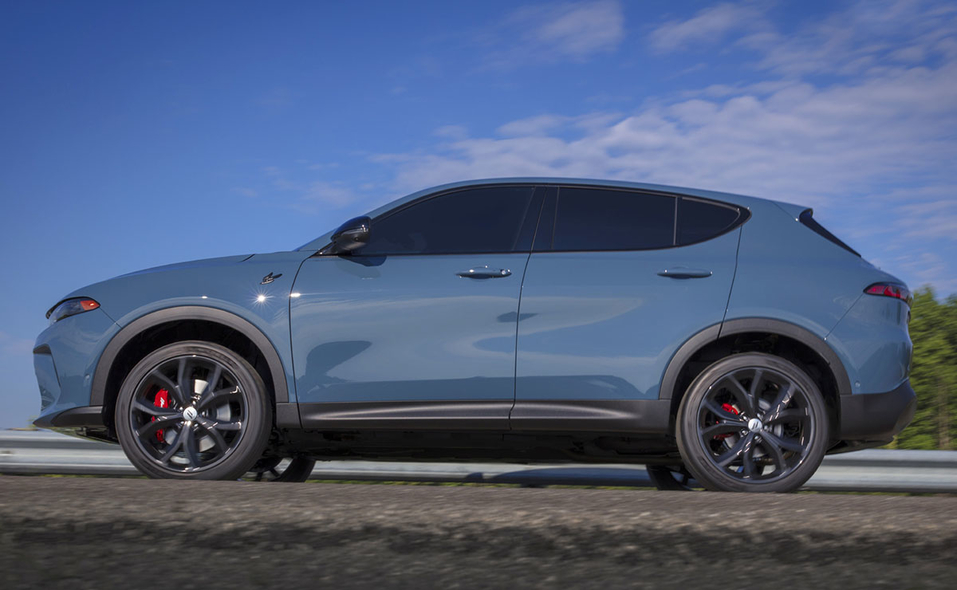 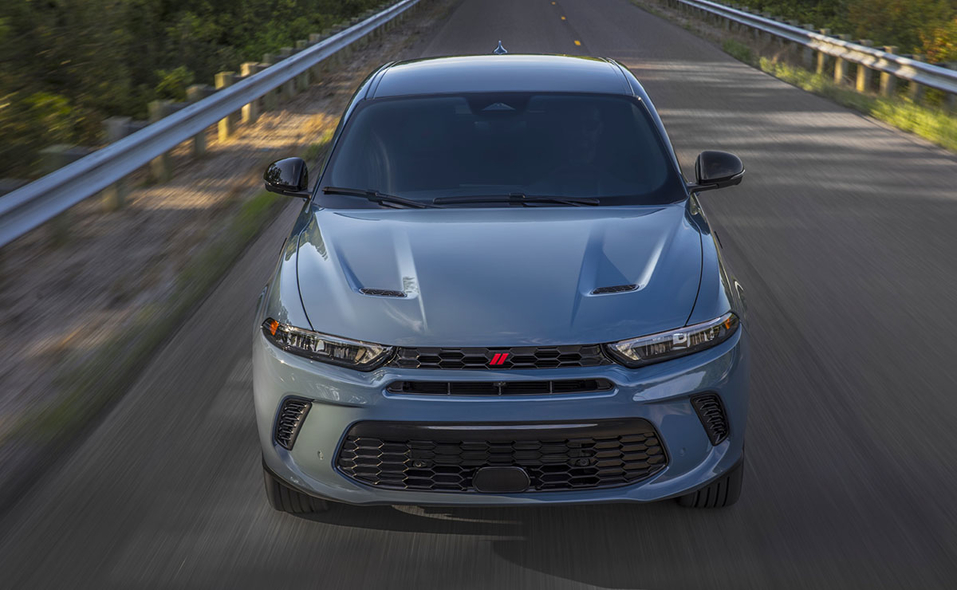 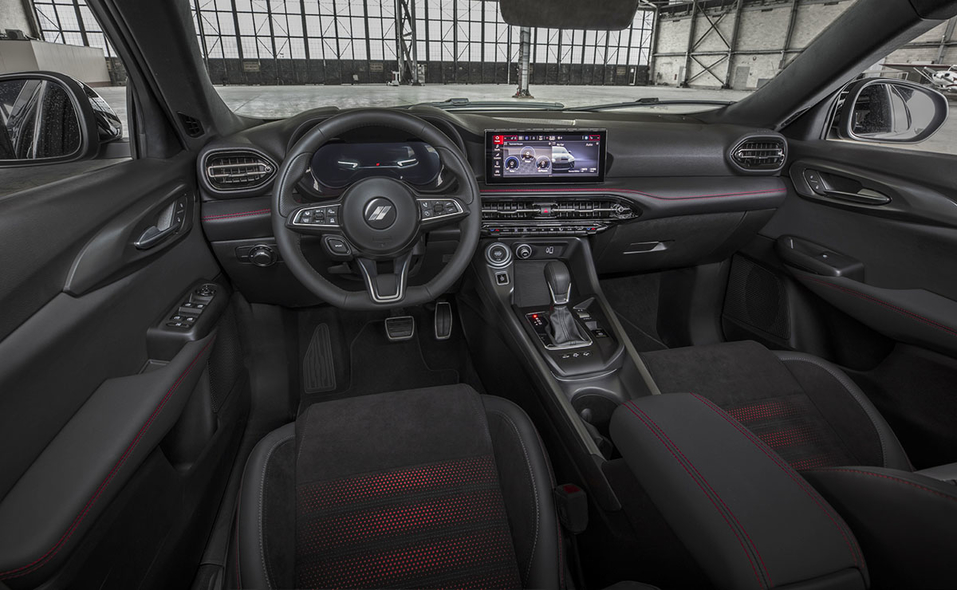 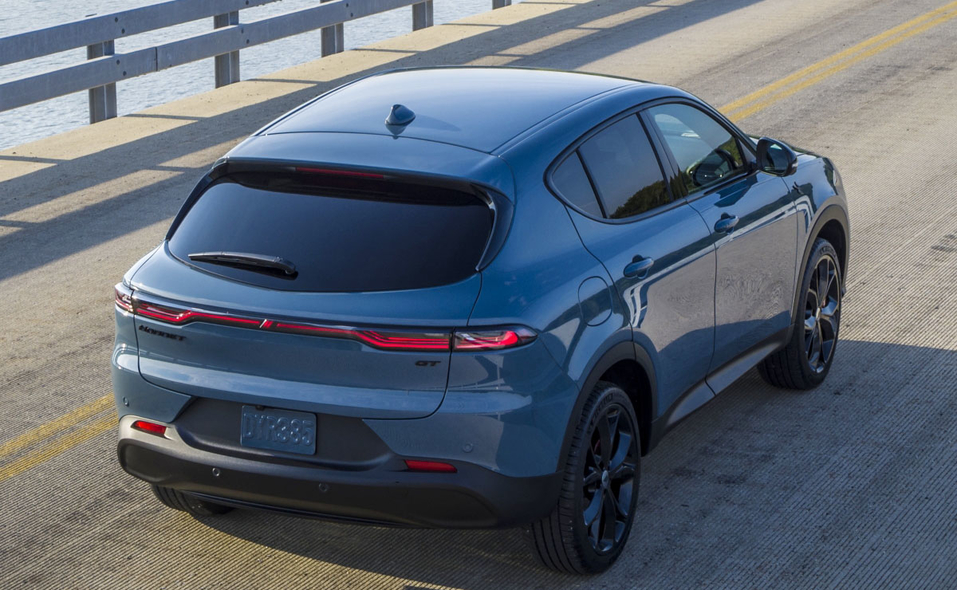 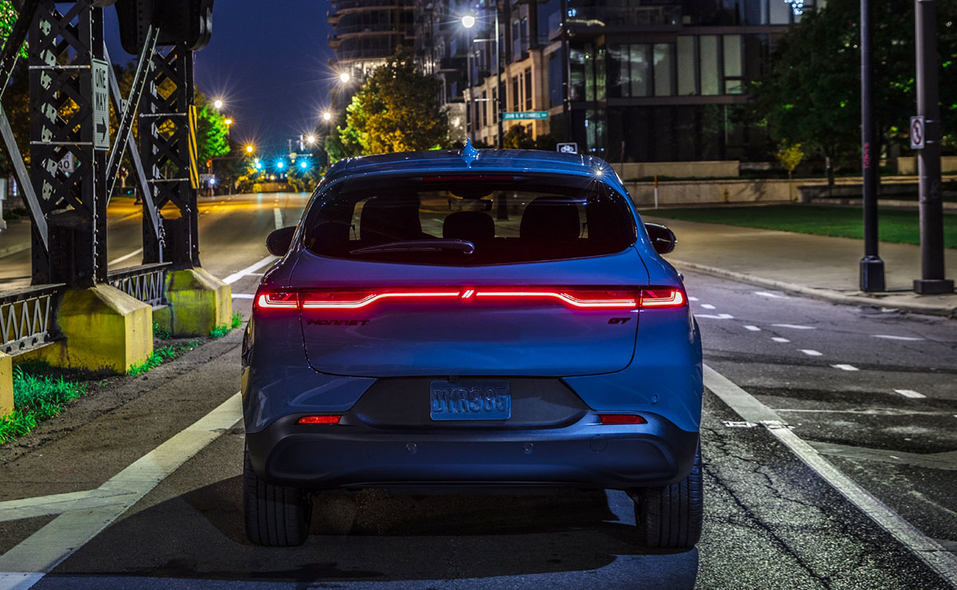 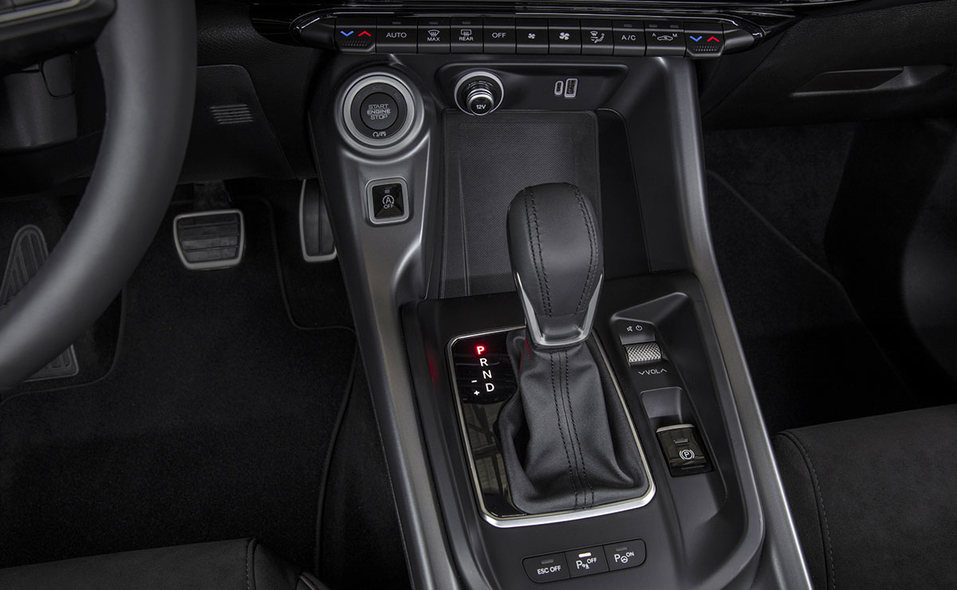 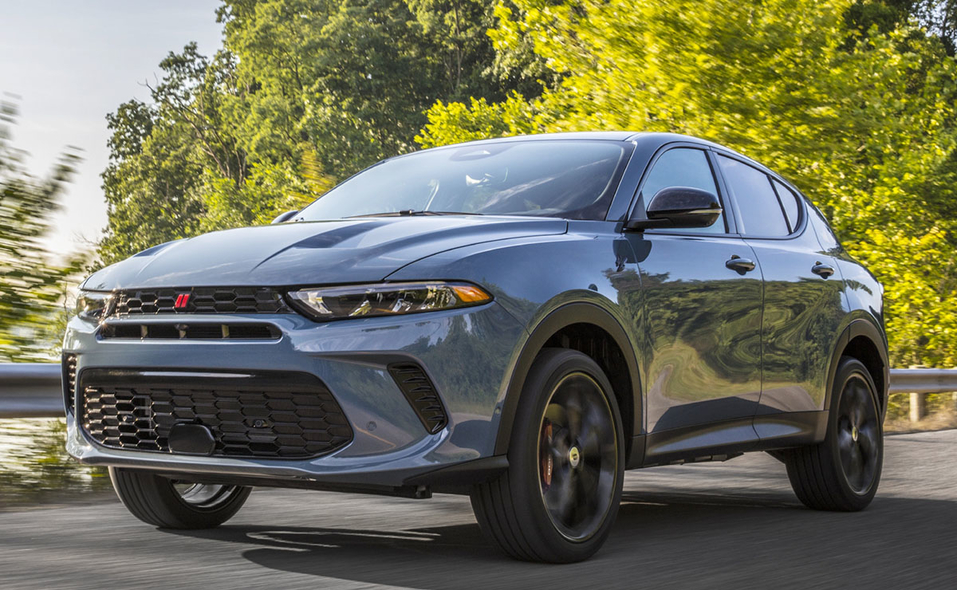 DETROIT — Dodge is working to stand out in the compact crossover segment with the Hornet, a peppy newcomer infused with the brand's performance DNA and aggressive styling.

The Hornet will offer the brand's first plug-in hybrid variant, which is expected to get more than 30 miles of electric range. It also will be available as a conventional gasoline model, and all-wheel drive will be standard.

Dodge says the Hornet R/T plug-in will surpass 285 hp while generating 383 pound-feet of torque. It will have a class-exclusive PowerShot feature that supplies an extra 25-hp burst on demand at 15-second intervals.

The conventional GT trim employs the Hurricane 4 engine, a 2.0-liter turbocharged inline four-cylinder design that Dodge says will be the segment's most powerful gasoline engine with at least 265 hp and 295 pound-feet of torque. Dodge is billing the Hornet GT as the industry's "quickest, fastest, most powerful utility vehicle under $30,000."

The Hornet GT will reach dealerships in late 2022, Dodge said, followed by the plug-in hybrid next spring.

Dodge CEO Tim Kuniskis said the brand wants into the compact crossover race because the segment, which is on pace to reach sales of 2 million in the U.S. this year, is projected to grow by 50 percent over the next five years.

But Kuniskis admits that Dodge's positioning of the Hornet as the speedy entry doesn't necessarily align with the top reasons consumers buy compact crossovers.

When digging into what people typically look for in the segment, Kuniskis said price, value and fuel economy rank highest. The areas where the Hornet is expected to excel — power, acceleration, being fun to drive — are much further down the list.

Kuniskis sees this an opportunity for Dodge to get attention from younger buyers, a demographic that is fueling the segment's growth and that the brand knows well. Kuniskis, in an interview, said utility vehicles have become so mainstream "that it's time for a disrupter; it's time for somebody to come in and do something different."

The Hornet debuted Tuesday, the second day of product announcements at Dodge's Speed Week at M1 Concourse in suburban Detroit that will shed light on the brand's future. Also on Tuesday, Dodge unveiled the GT GLH concept, a model loaded with Direct Connection performance parts.

The plug-in hybrid has regenerative braking and an e-Coasting function activated during throttle release that allows for shorter stopping distances and additional energy recovery, Dodge said. A 90-kilowatt electric induction motor powers the rear axle and can deliver 1,844 pound-feet of torque. Dodge said the power is further optimized by a 15.5 kilowatt-hour lithium ion battery pack.

The Hornet name was first used on the Hudson Hornet in the 1940s and again in 2006 for a Dodge concept vehicle. The Hornet is a sibling of the Alfa Romeo Tonale and will be built in Italy.

Sponsored Content: Electrification Technology: Once the supply chain gets over the shock, EVs offer opportunities