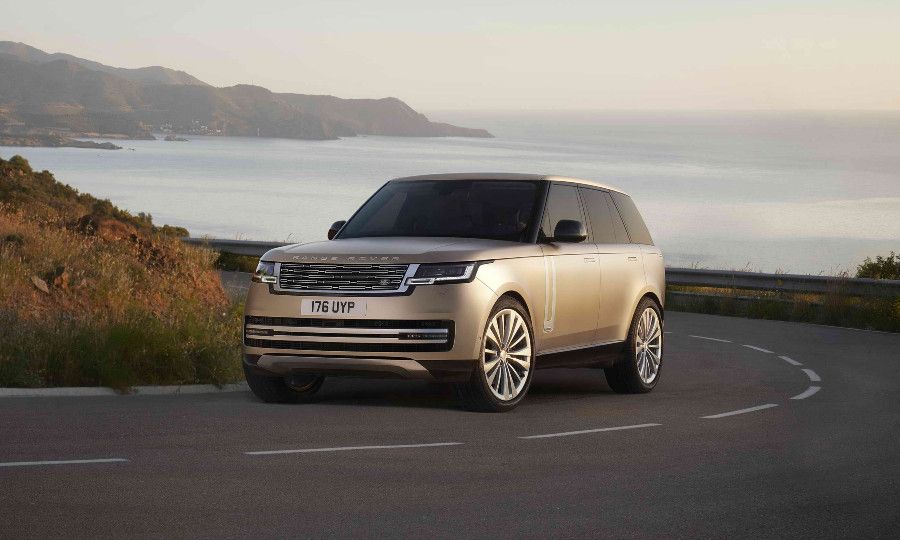 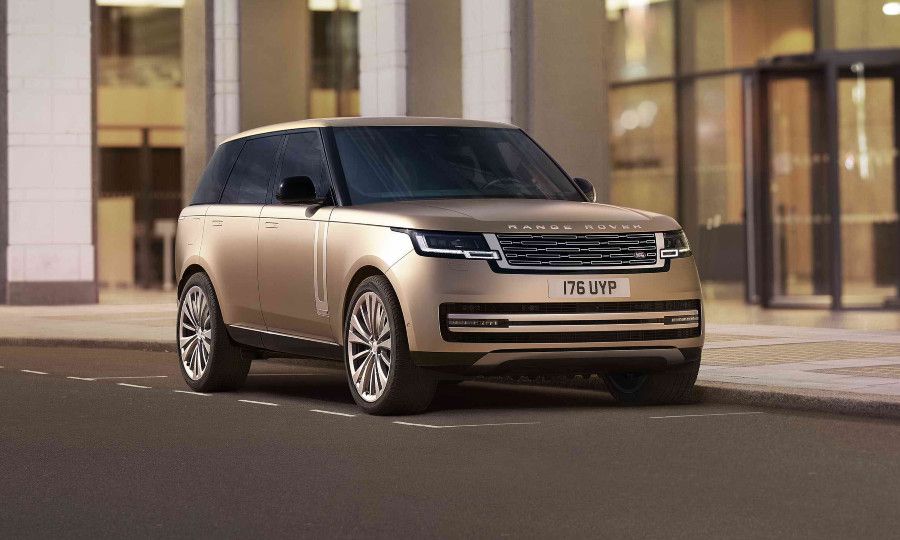 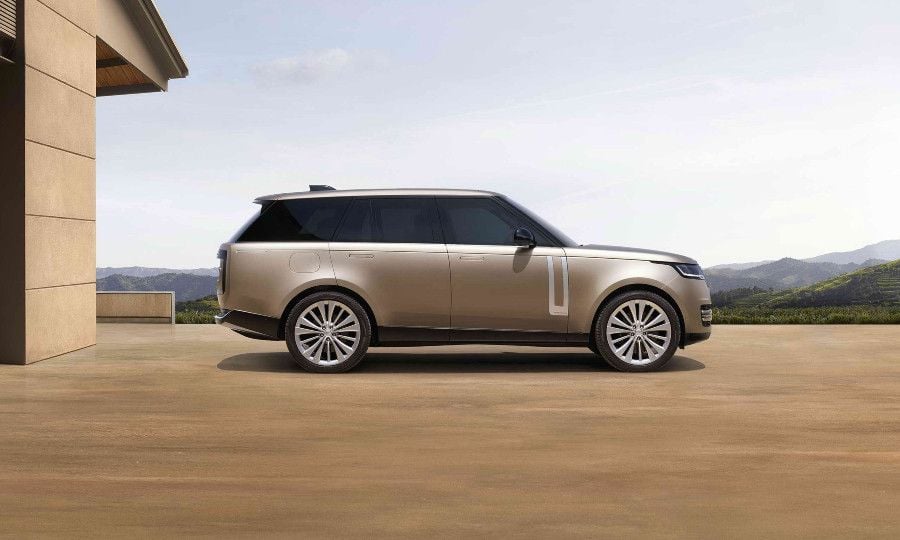 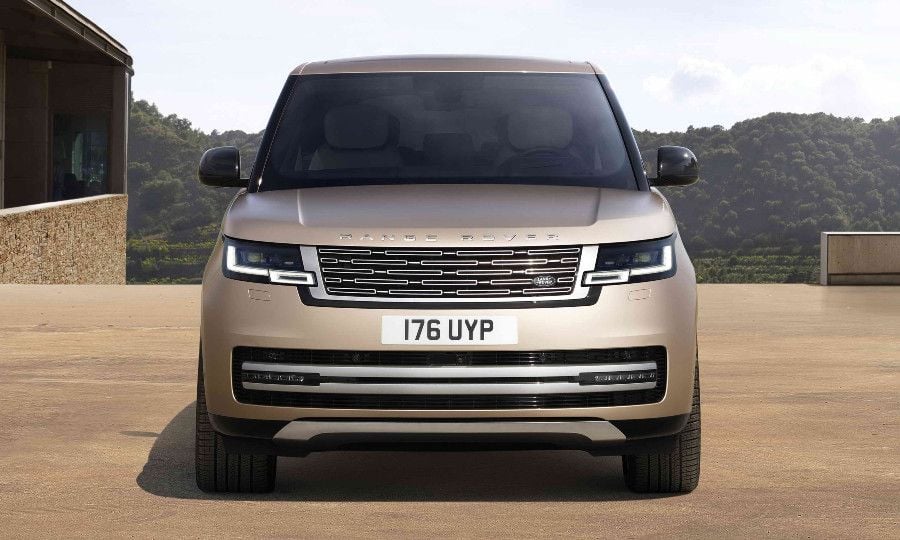 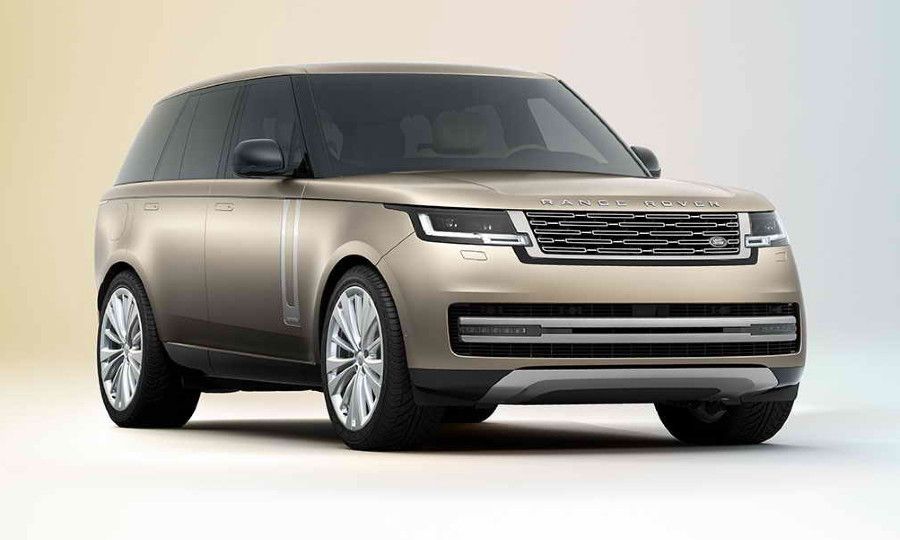 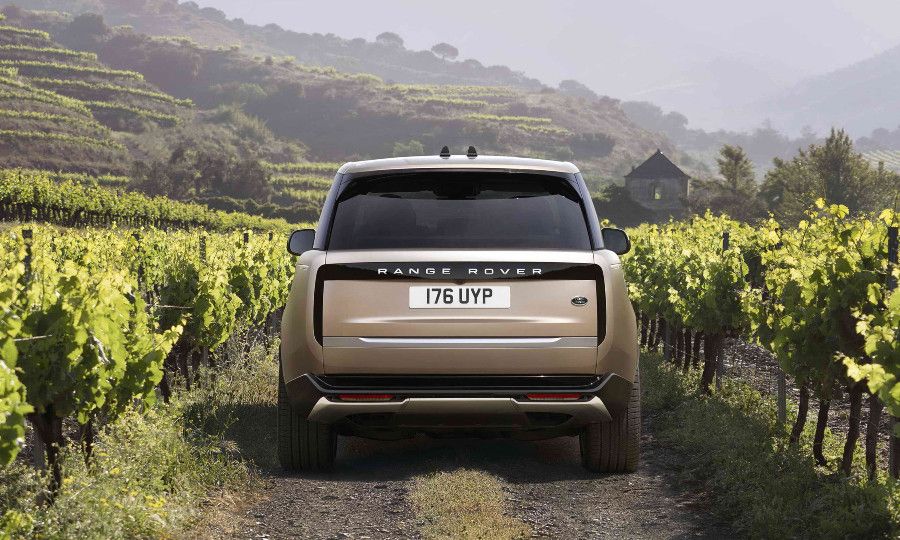 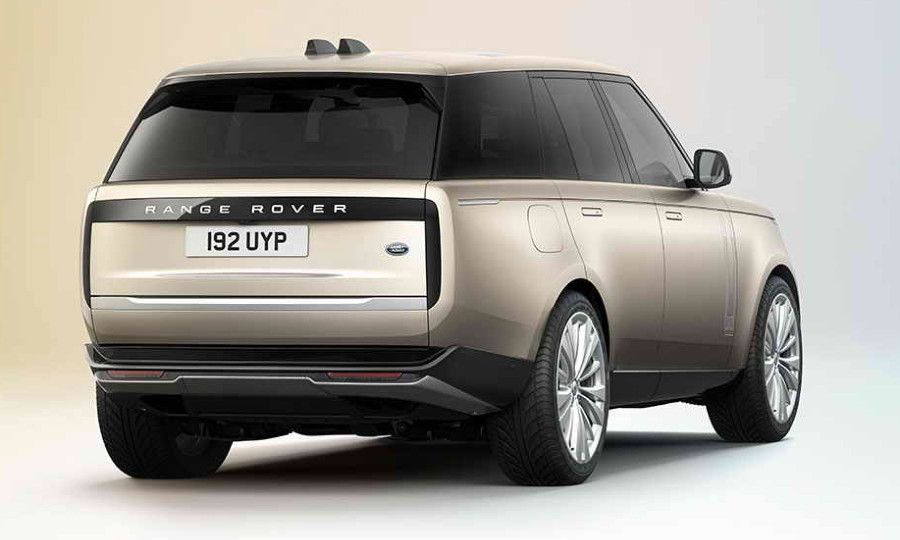 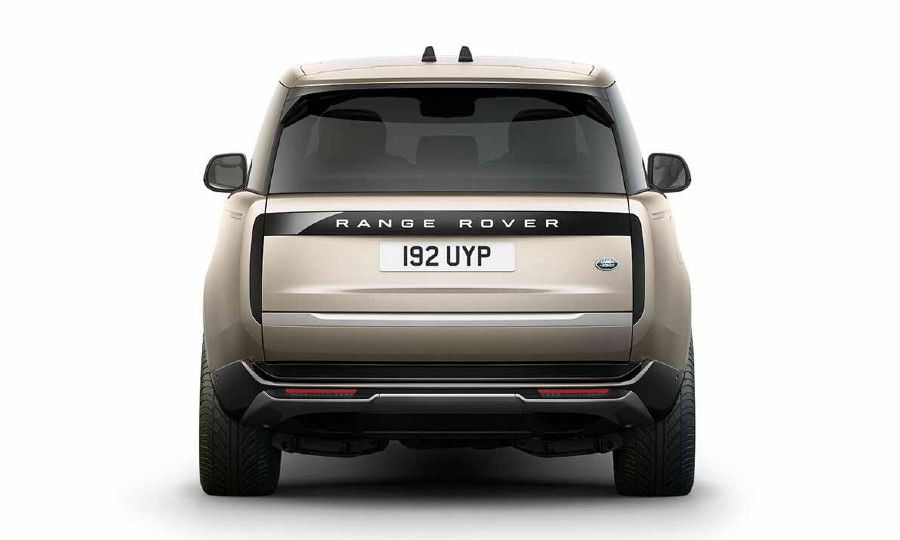 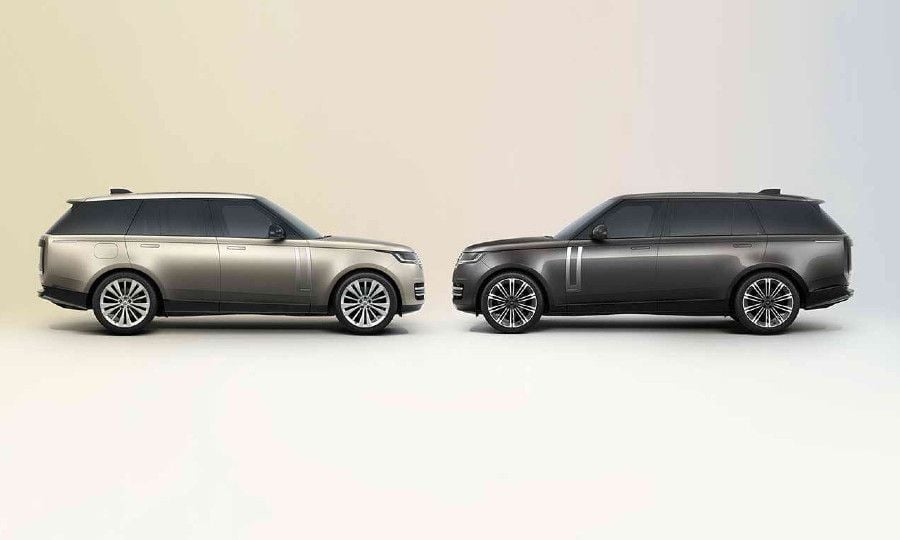 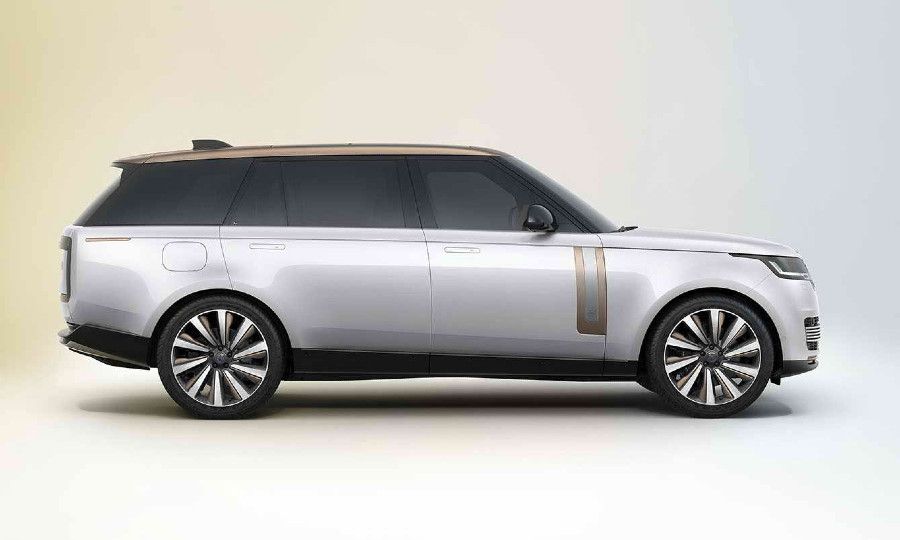 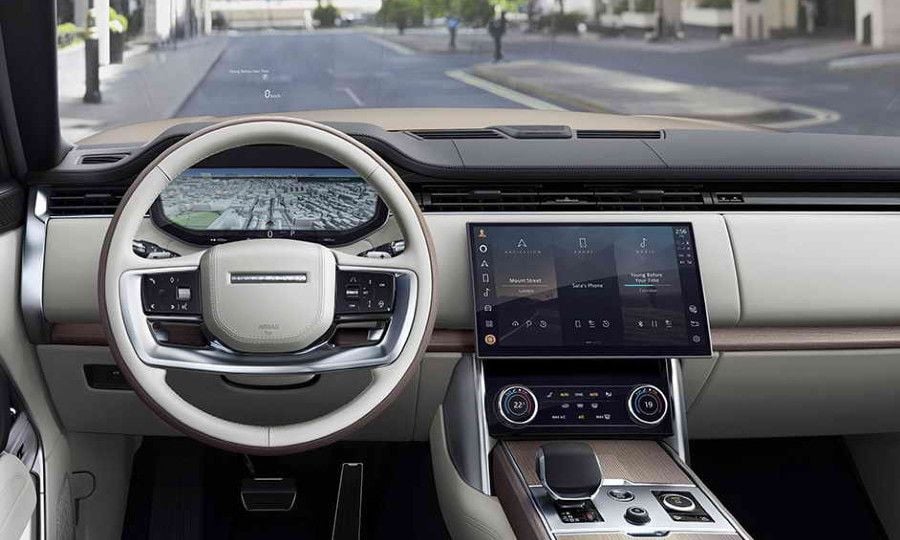 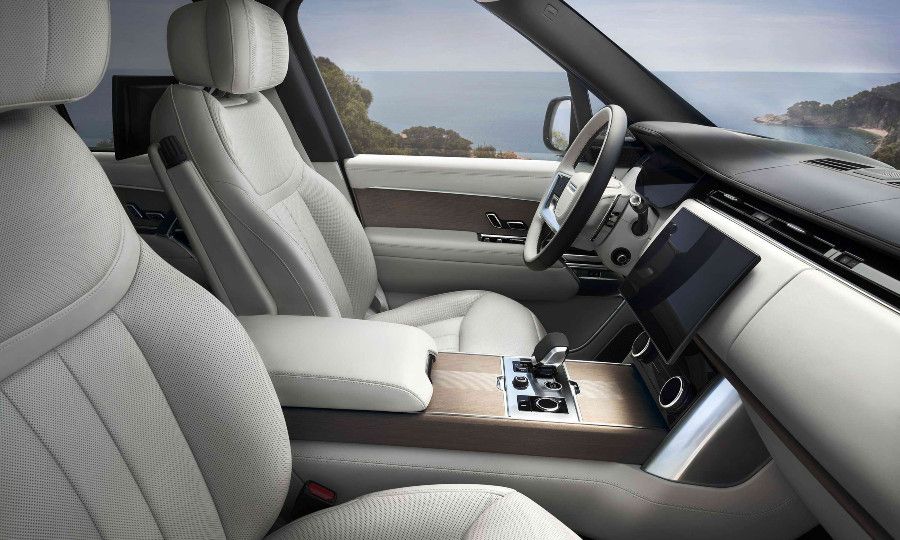 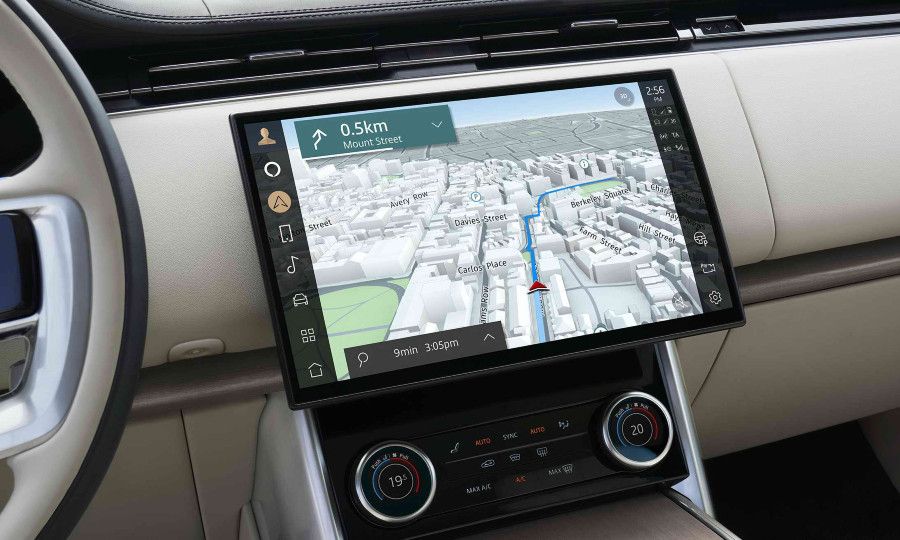 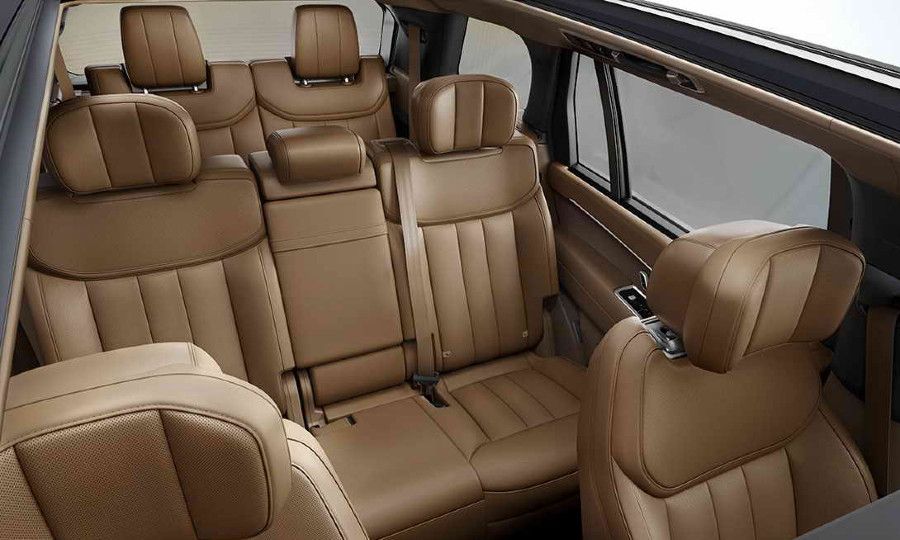 The fifth-generation Range Rover coming next spring sports the most radical changes in the 52-year history of the vehicle that ignited the luxury-SUV segment.

The SUV, redesigned for the 2022 model year, reflects the reality of today's new-vehicle market and finally acknowledges how the vast majority of luxury-SUV buyers really use their vehicles.

The reality is this: The luxury SUV is essentially replacing the luxury sedan. And few buyers who drop six figures on an off-road vehicle will ever muddy the tires, ford streams or ascend rocky hills.

So, unlike all previous Range Rovers, the 2022 model will not have permanent four-wheel drive. A new all-wheel-drive system decouples the front wheels from the transmission when the Rover is driving at highway speeds, a fuel-saving measure.

To help make maneuvering the big vehicle in city traffic easier, all fifth-generation Range Rovers will come standard with a four-wheel steering system that tightens the turning circle to just 36 feet — about the same radius as a Jaguar F-Type sports car.

The 2022 Range Rover’s exterior styling is the smoothest yet. The biggest change is a thin strip of LEDs that crosses the tailgate to form the taillights.

That's another first for the upscale Range Rover, which has never been available as a people-hauling family vehicle. Eberhardt said the Range Rover has lost sales because it wasn't available with a third row and said the lack of the additional seating is the Range Rover's top unmet customer need.

Michael Levitan, dealer principal at Land Rover Glen Cove, said about 15 customers called asking for more information about the revamped Range Rover. He views the seven-seat version as a big win for the brand.

"It's a game-changer for us. There is a customer base that needs to move children and teenagers around, and I believe we have lost them to cars that have seven seats," Levitan told Automotive News.

One dealer calls the seven-seat Range Rover a “game-changer.”

The field of SUVs and crossovers whose sticker price either starts at 6 figures or can be configured to reach that rarefied air has grown.

With a $105,350 starting price, including shipping, the new Range Rover enters a hypercompetitive luxury-SUV world that has changed in countless ways since 2012, the last time the Range Rover was redesigned.

For the first time in its history, the Range Rover will be competing directly against two other upper-echelon British luxury brands' SUVs, the Bentley Bentayga and the Aston Martin DBX, as well rivals from Mercedes-Benz and even Rolls-Royce. There are now at least 18 SUVs on the market that either have six-figure starting price tags or can go over $100,000 when options are added.

But that price bump is not a concern for Levitan, who believes the now six-figure starting price is not going to deter buyers. Even though certain models of the current generation are available for less than $100,000, his store does not stock them.

"I equate the price increase to when the 2013 model came out. The walk from 2012 to 2013 was pretty substantial, and this will be another substantial walk. The new Range Rover looks like a substantial upgrade from where we are at, and I do think the customer is ready for it," Levitan said.

There's a lot at stake. During a media presentation at a hipster event venue in Manhattan called Iron23, Eberhardt underscored the importance of the Range Rover to Jaguar Land Rover's bottom line: "The United States," he said, "is the world's largest Range Rover market. One in every five Land Rover vehicles sold in the U.S. is a Range Rover, and it is the No. 1-selling luxury vehicle over $100,000. The Range Rover's appeal comes down to design."

"Increasing pricing without content would be risky, but the new, more expensive versions earn their way with yet-ever-more exotic and carefully crafted materials and themes, as well as increased technology," Brinley said. "This is particularly true for the three-row version in the U.S. Buyers do tend to expect to pay more for three-row utilities, regardless of pricing category."

McGovern led the team that designed the new Range Rover, giving him a hand in the way every Range Rover has looked this century. 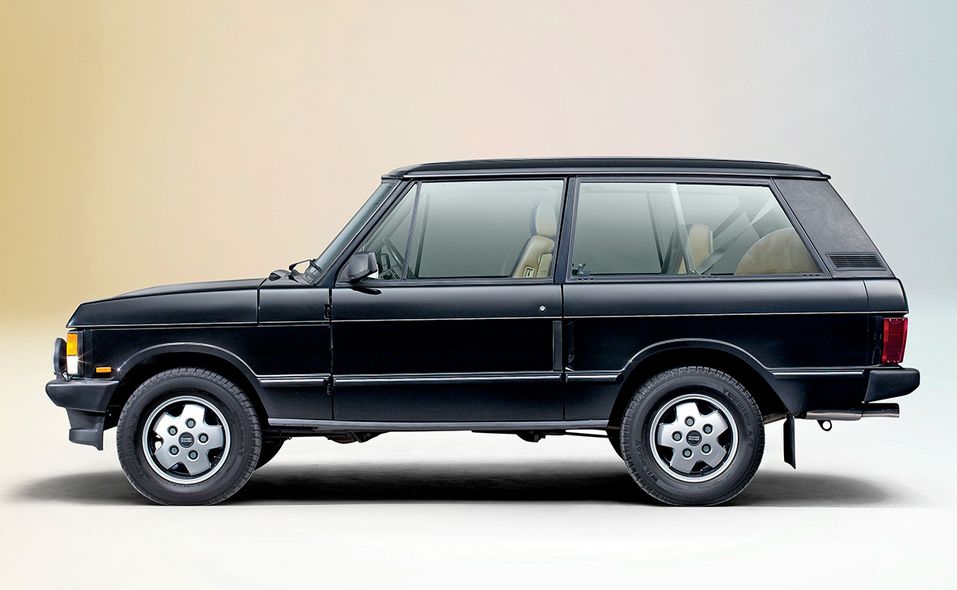 1970: British Leyland introduces the Range Rover, code-name Velar. It launches in America in 1987 and remains in production — with few external changes — until 1995. 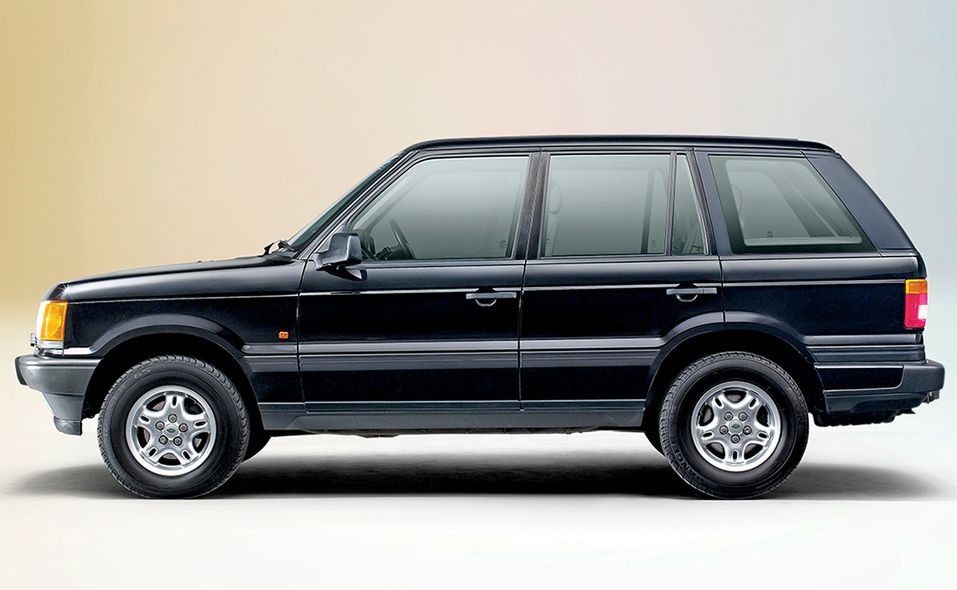 1995: The second-generation Range Rover, code-name P38, debuts — still powered by the famous lightweight aluminum V-8 designed in the 1960s by Buick and sold to Rover. 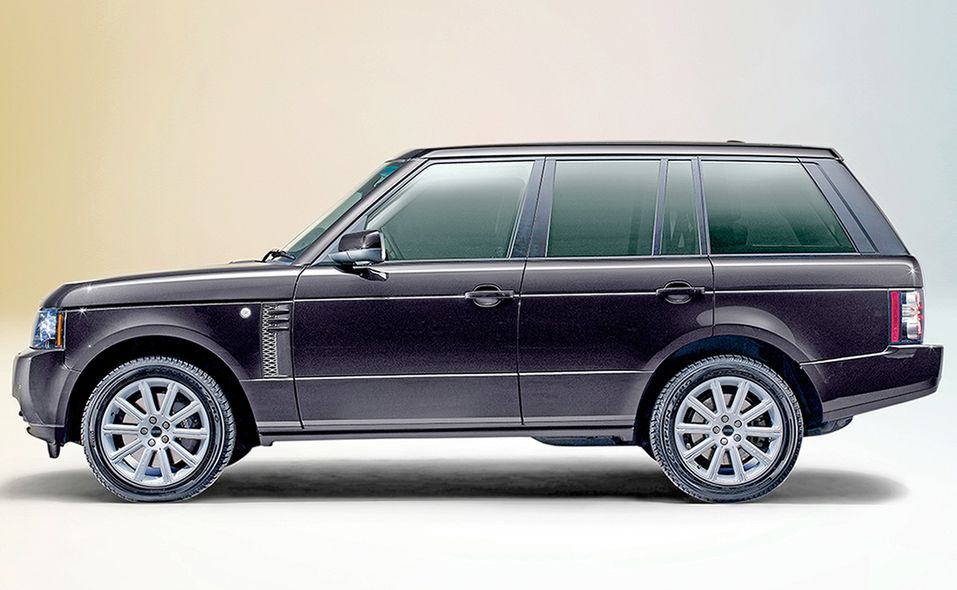 2001: Third-generation Range Rover, code-name L322, debuts. It is a collaboration between Rover Group and BMW and is the first Range Rover that designer Gerry McGovern has a hand in shaping. 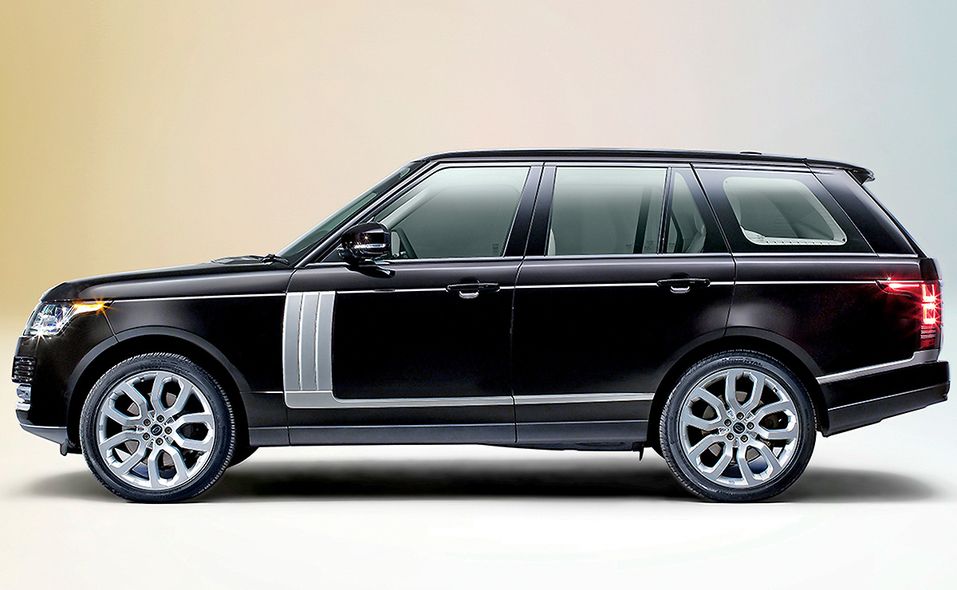 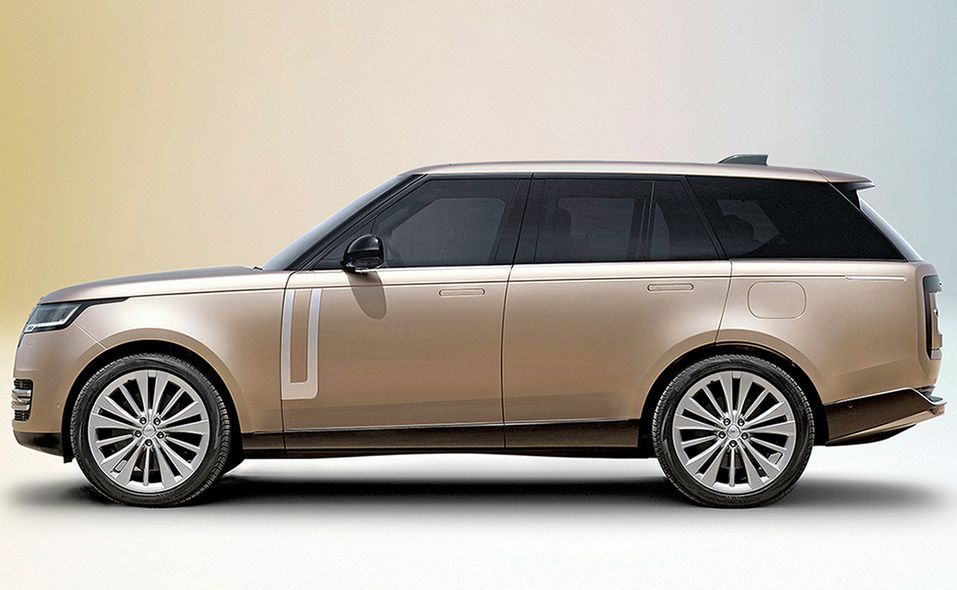 2021: Jaguar Land Rover reveals the fifth-generation Range Rover, code-name L460, a vehicle that breaks from the past by adding a third row of seats, four-wheel steering and all-wheel drive instead of permanent four-wheel drive. Deliveries start in spring 2022.

The new SUV is instantly recognizable from the front and sides and has evolutionary changes that smooth out the design. If there's anything radical about the 2022 Range Rover's appearance, it's the "boat tail" rear end treatment, which ditches the large twin-element taillights and replaces them with thin red vertical slivers of LED lights on the sides of the split tailgate. It is a dramatic change that gives the vehicle a different, somewhat futuristic look.

Upon closer examination, McGovern's team did away with creases, curves, swage lines and other styling elements.

Standing in front of an HSE, or High Specification Equipment, model, McGovern gestured toward it and said: "This, in my view, is a master class in restraint. Land Rover has always had a design strategy. We've been on this journey of transformation to modernism. It's clean, reductive and free from overcomplication and excess, but not cold and sterile," he said.

McGovern said the design reflects an "intense focus on paring everything on the vehicle back to the essence of what the Range Rover is about."

The fifth-gen Range Rover will be available with many custom interior materials and colors.

The major reason there had never been a three-row Range Rover is that it would have forced changes in the design, something to which McGovern would not acquiesce.

Says Eberhardt: "We had our creative differences. I fully understand where Gerry is coming from. Originally, Range Rover was not designed as a family car, but more of a car for personal luxury transportation. The discussion we had was that one doesn't mean you have to give up on the other. He did not want to change the design language. He said, 'If I have to change the roofline, we're done.' "

However, for the long-wheelbase version of the fifth-generation Range Rover, McGovern agreed to develop a third row to see if the designers and engineers could create one that would not sacrifice room or comfort.

"I remember a few years ago being asked by the American market if there could be a seven-seat Range Rover. I said, 'Over my dead body.' I'm not dead. The reason I objected to it is that we couldn't get a three-row package within that profile. That's why it works so well in the [fifth-generation] long-wheelbase package," he said.

The third row offers about the same amount of legroom as the second row; the seats can be folded electrically and they are heated. There are 14 power points throughout the interior.

Eberhardt believes the three-row Rover will be a strong seller, but because of the chip shortage and other issues, he wouldn't give an estimate on the take rate.

"I think we will be positively surprised. We know today we have lost customers to other brands just because we didn't have that availability," he said.

Two engines will be available at launch: a 395-hp 3.0-liter Ingenium inline six-cylinder, and a 523-hp BMW-built twin-turbo 4.4-liter V-8, which can propel the Rover to 60 mph in 4.4 seconds. Both engines are mated to eight-speed automatic transmissions.

An extended-range plug-in hybrid powertrain is expected late in 2022. The six-cylinder engine and electric motor are rated at 434 hp, can reach a top speed of 87 mph on electricity alone and can drive as far as 62 miles on a charge.

Range Rover traditionalists may not like the fact that the new model will sometimes have two wheels driving the vehicle. But Jaguar Land Rover, like all other automakers, is under pressure to reduce its carbon footprint. Collins says when the vehicle detects a loss of traction, it takes just milliseconds for the Rover's awd system to engage.

"We do one of these about every 10 years, and you've got to move the car on. This car in its lifetime is going through an electrified journey and efficiency plays a role in that," Collins said.

Ed Kim, vice president of industry analysis at AutoPacific, said the changes to the Range Rover make sense in light of the way the market has changed and the way luxury-SUV buyers use their vehicles.

"What Range Rover actually leaves the pavement?" he said. "I think there is more upside to downside here. There will be a fuel economy benefit from not having all that heavy-duty off-road hardware that doesn't get used anyway."

Jaguar Land Rover officials are expecting the number of custom orders, where buyers select their own interior materials and colors, to increase with the fifth-generation model. Land Rover's interior designers have created a palette of custom upholstery, paint and trim options that will enable buyers to have a vehicle built to their tastes — much like Bentley and Rolls-Royce.

The new Range Rover is expected to arrive at dealerships in April. The current version will also spawn a 2022 model, but production of the fourth generation will end when Land Rover workers start assembling the new model.

Sponsored Content: The importance of benchmarking your reinsurance performance