The next-generation F series pickup will feature a Ranger-like grille and more stacked headlights, according to new photos of the truck undergoing road tests in Michigan.

Spy photographers have captured the best look yet at the redesigned Ford F-150.

The next-generation pickup, due out later this year as a 2021 model, was spotted this week in light camouflage near the automaker's Dearborn, Mich., headquarters.

The crew cab caught undergoing road testing features what appears to be more stacked headlights, more horizontal fog lamps and a grille that closely mimics the midsize Ranger pickup. The F-150 also appears to have a more raised hood than the current model.

The interior of the vehicle will undergo a more radical overhaul with at least a 12-inch touch screen, following the success of a similar-sized screen in Fiat Chrysler Automobiles' recently redesigned Ram pickup.

Ford is planning a hybrid model that's expected to debut this year, as well as a battery-electric version expected out in 2021. 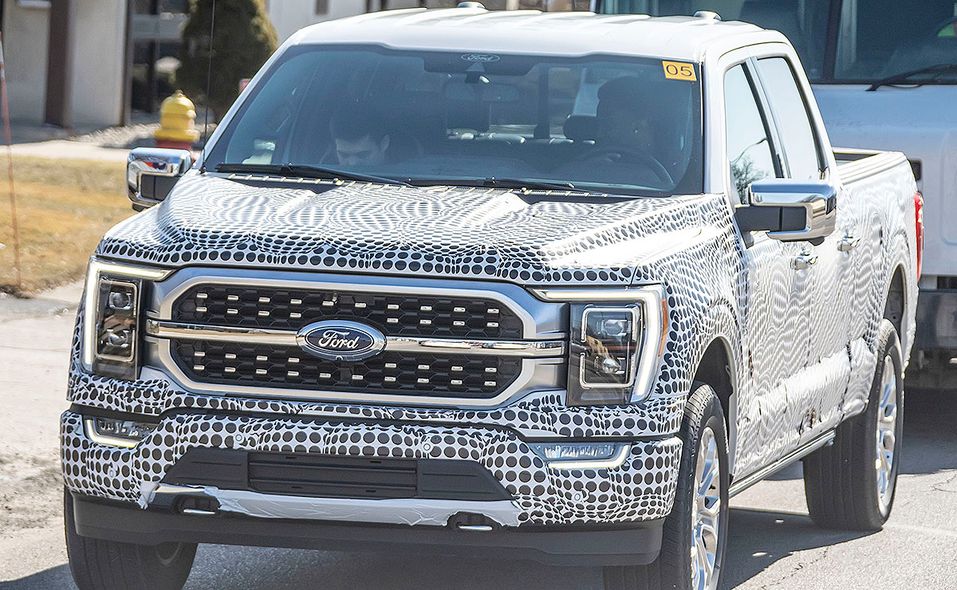 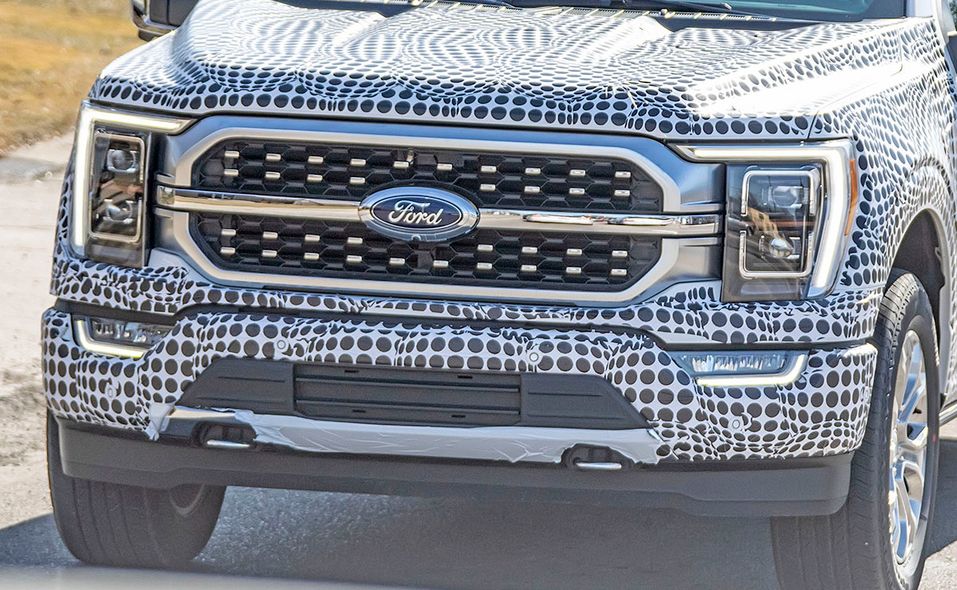 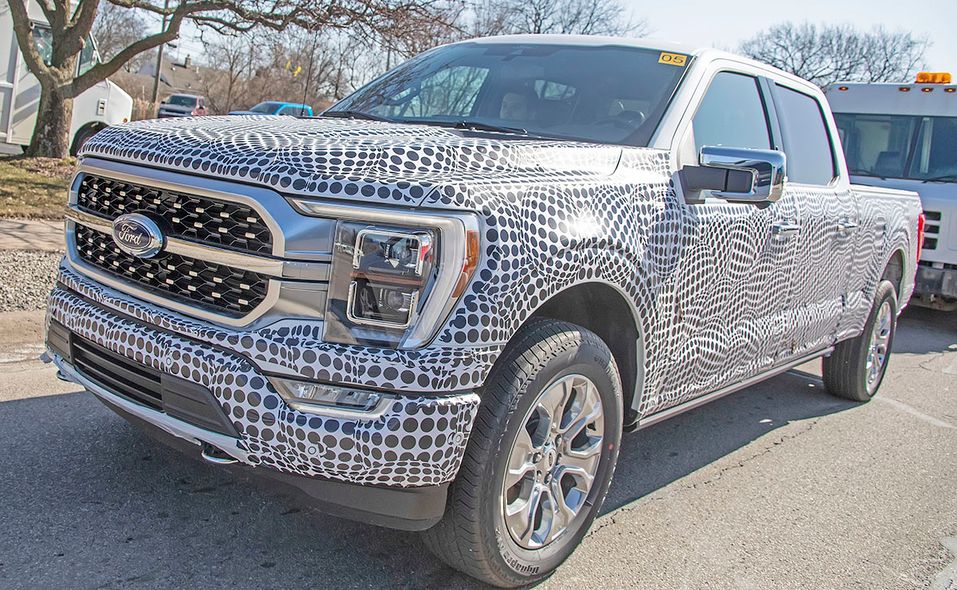 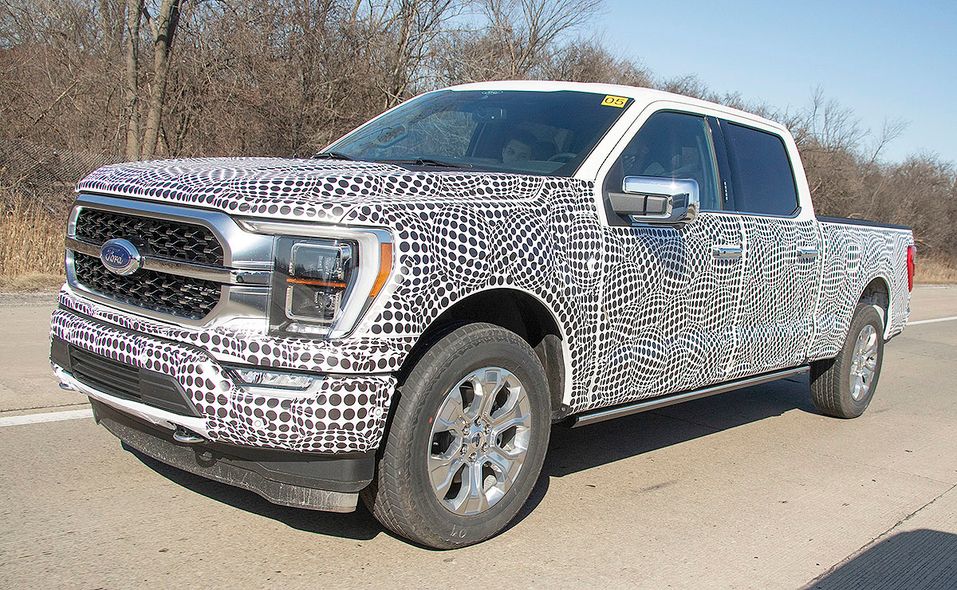 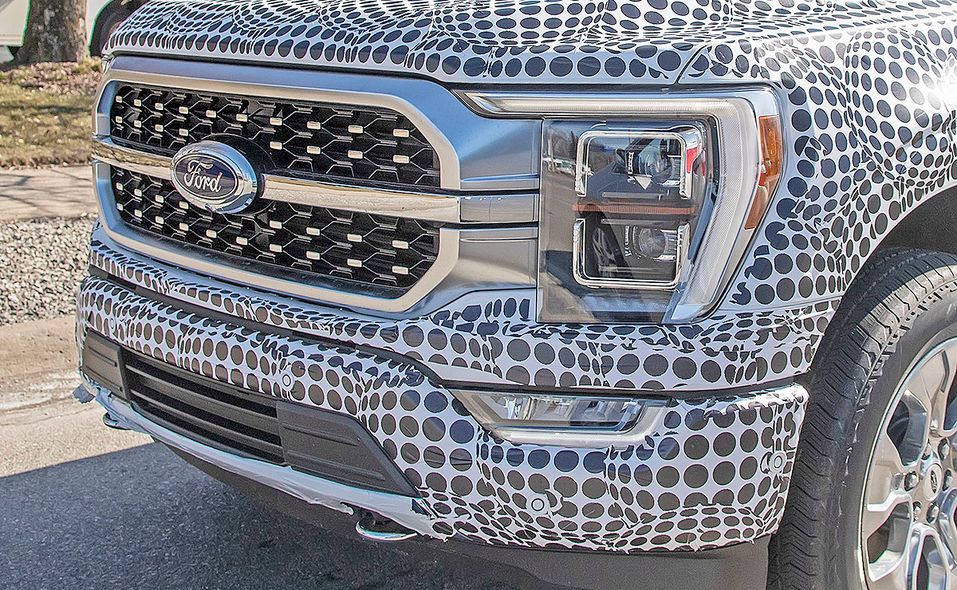 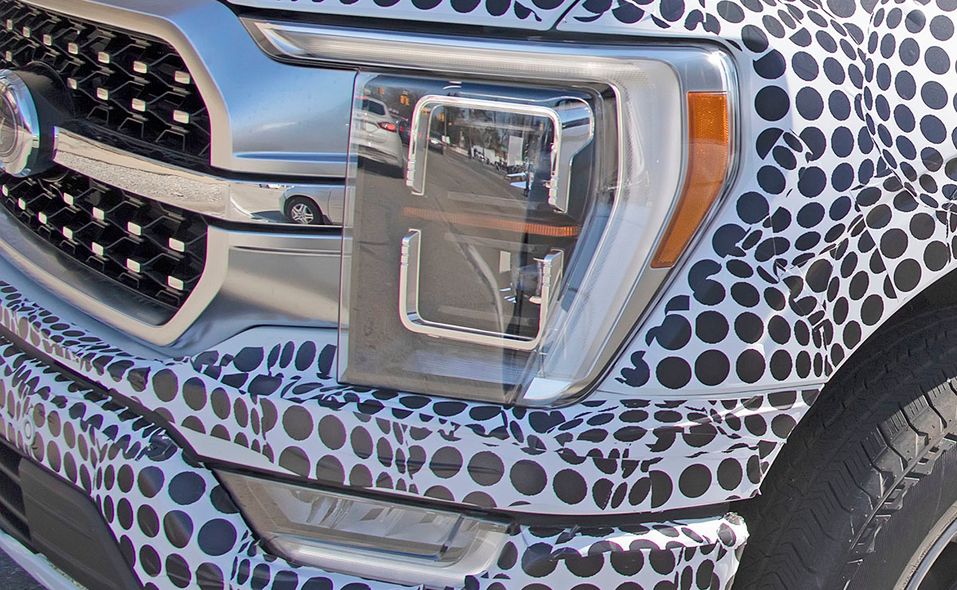 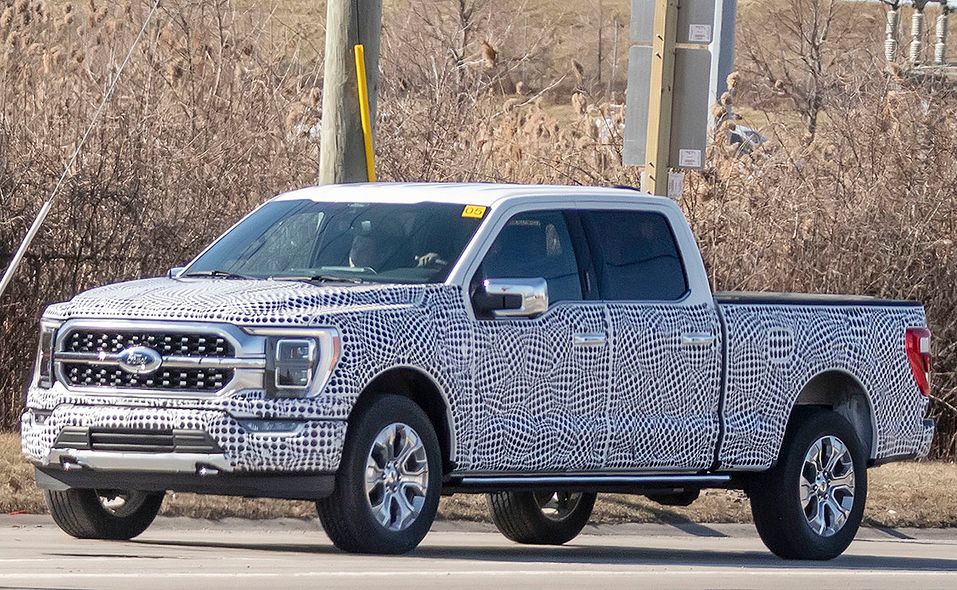 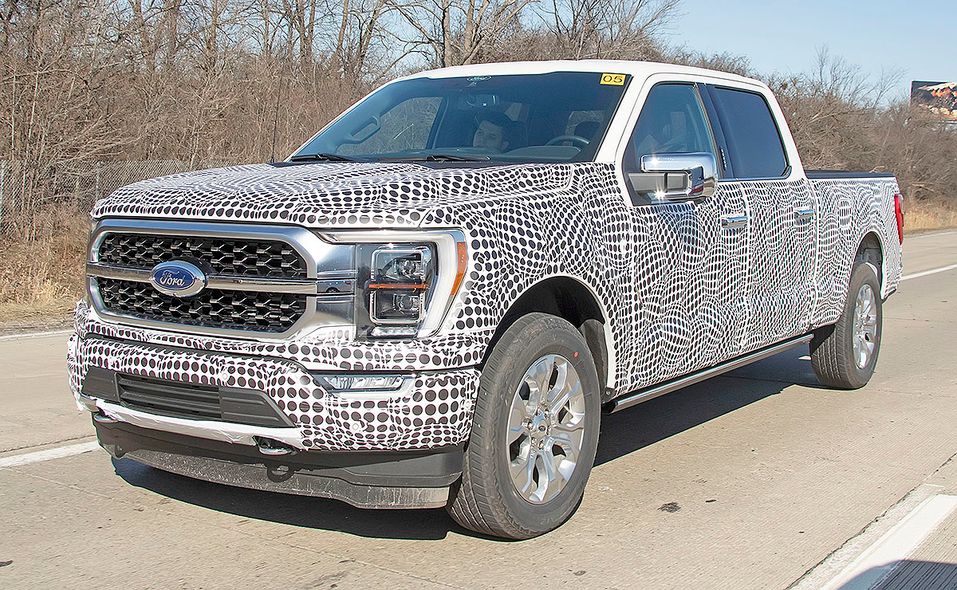 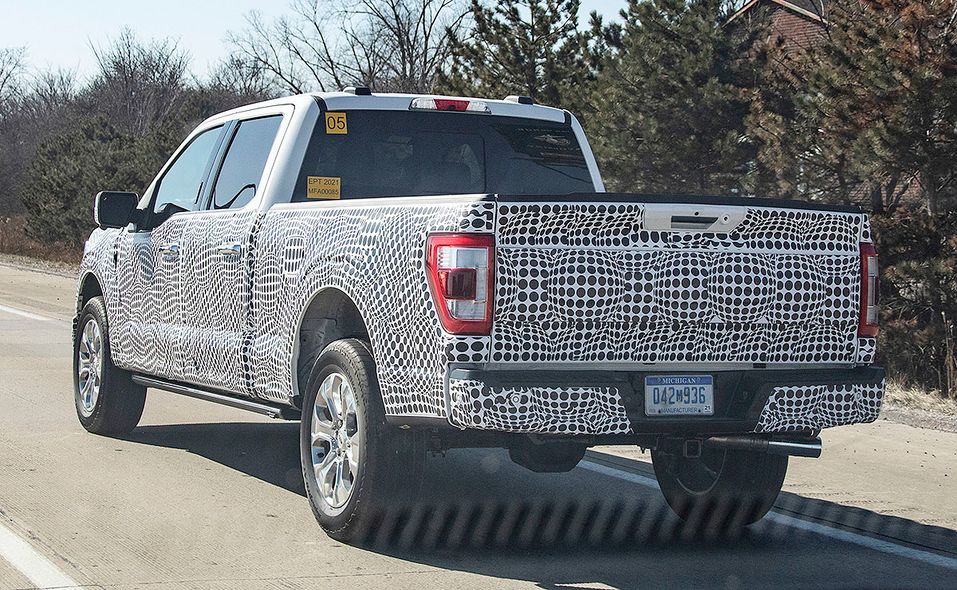 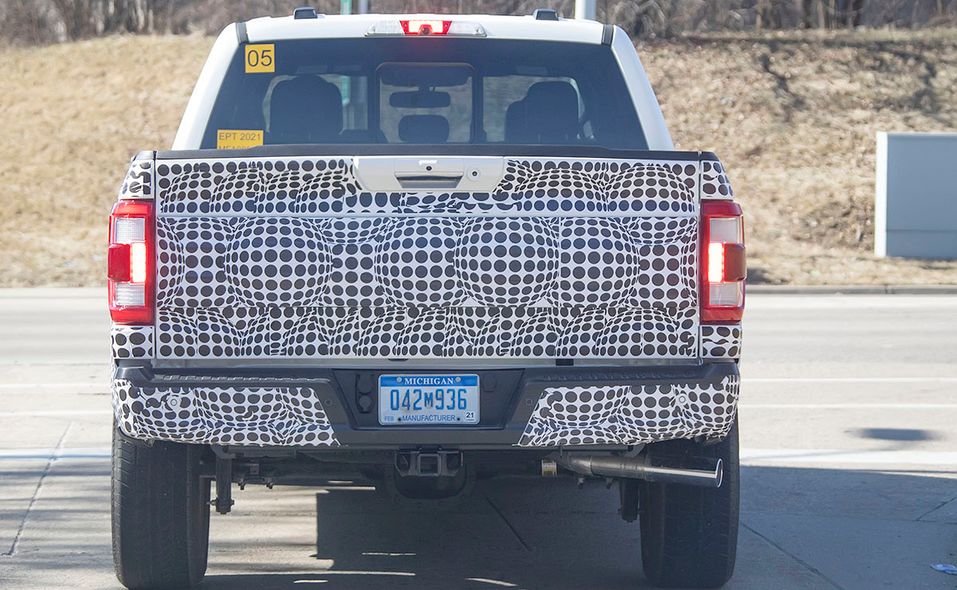 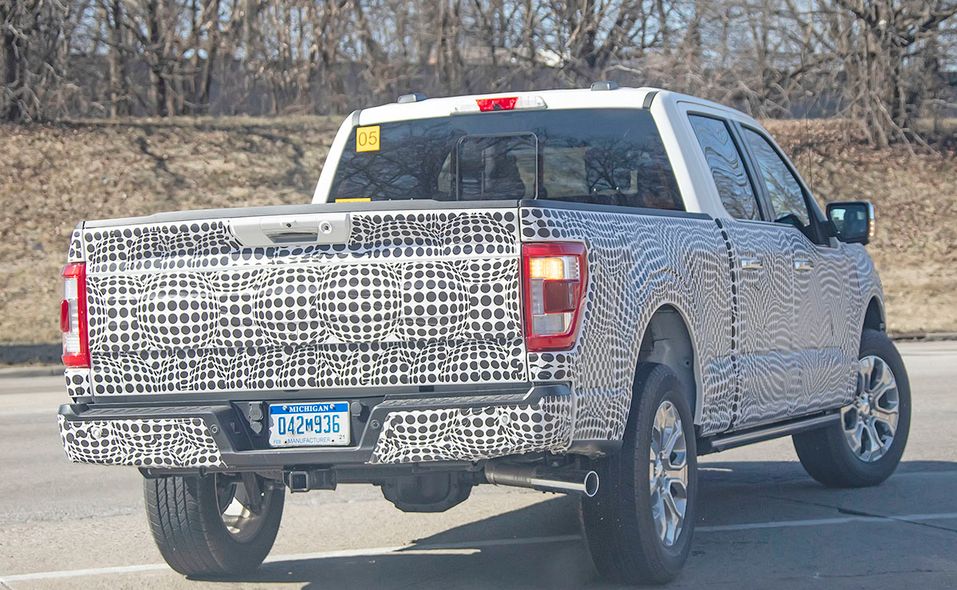 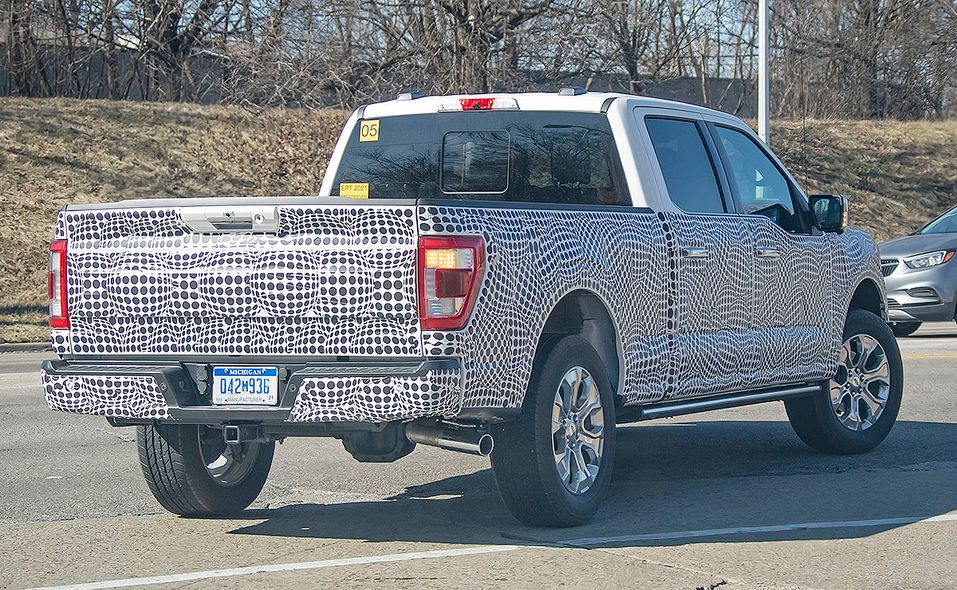 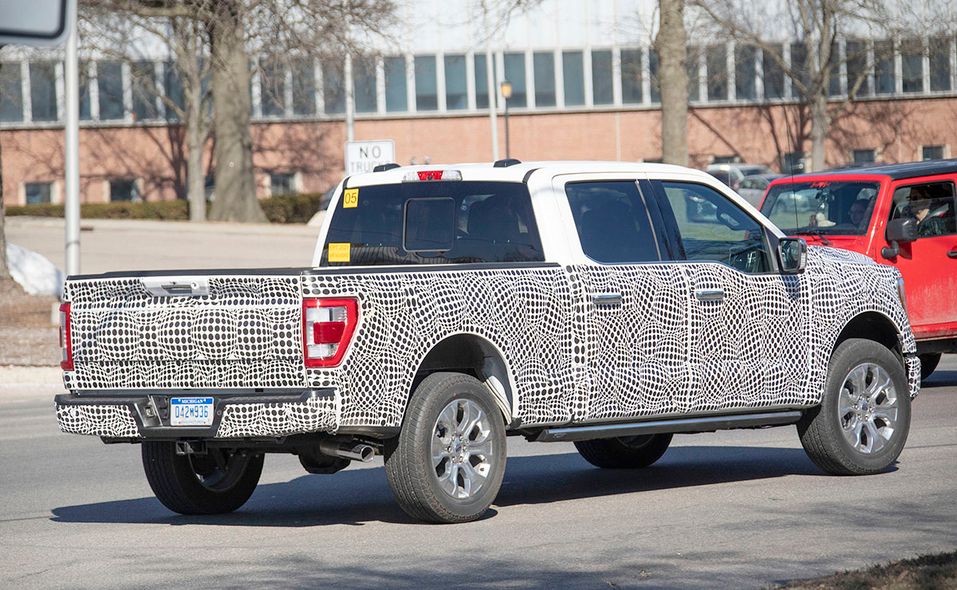 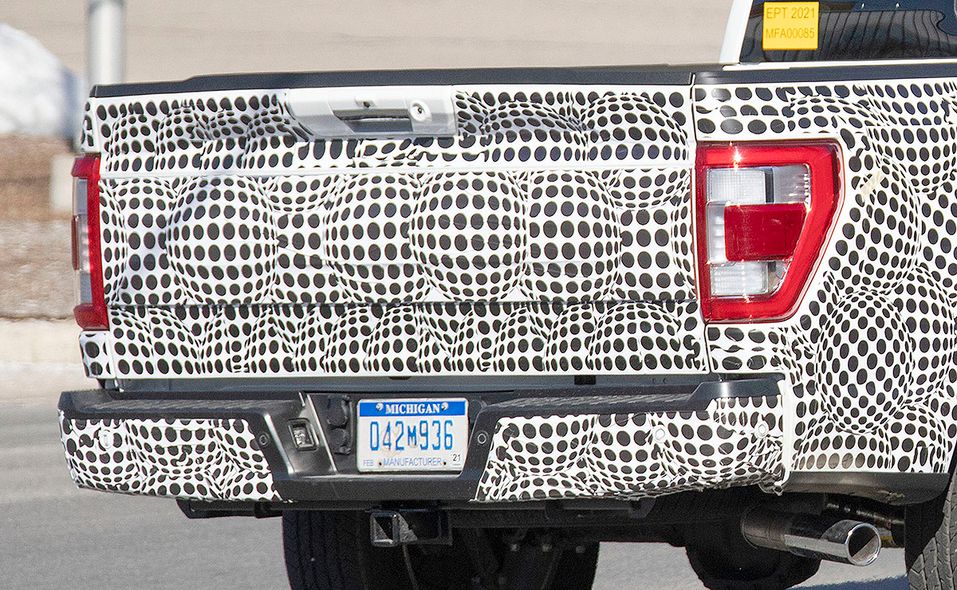 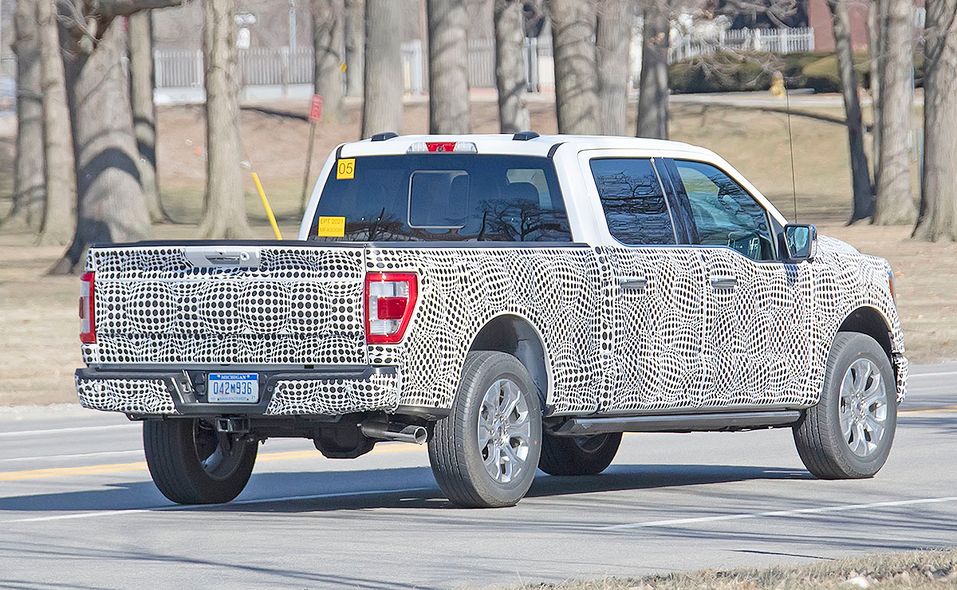 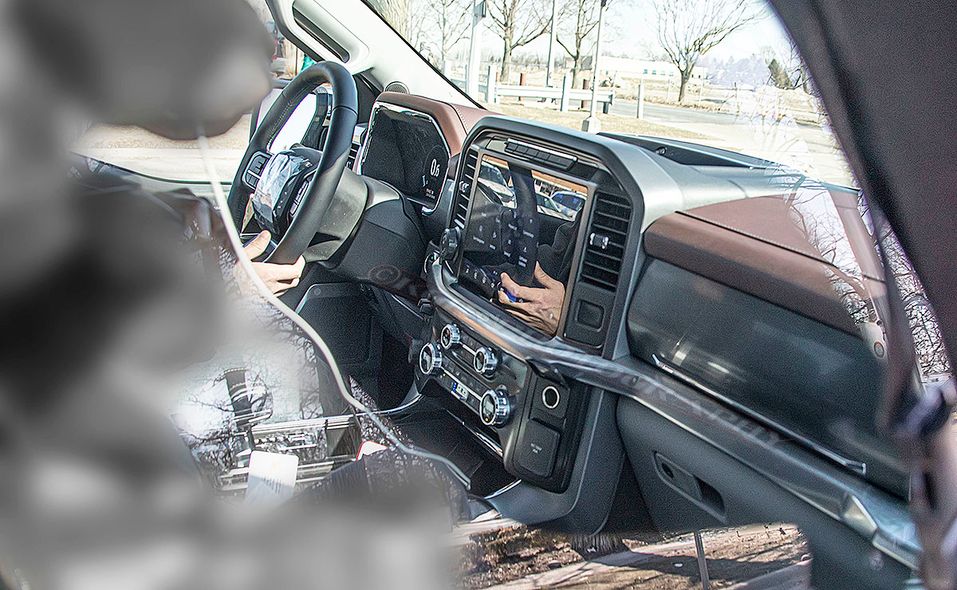 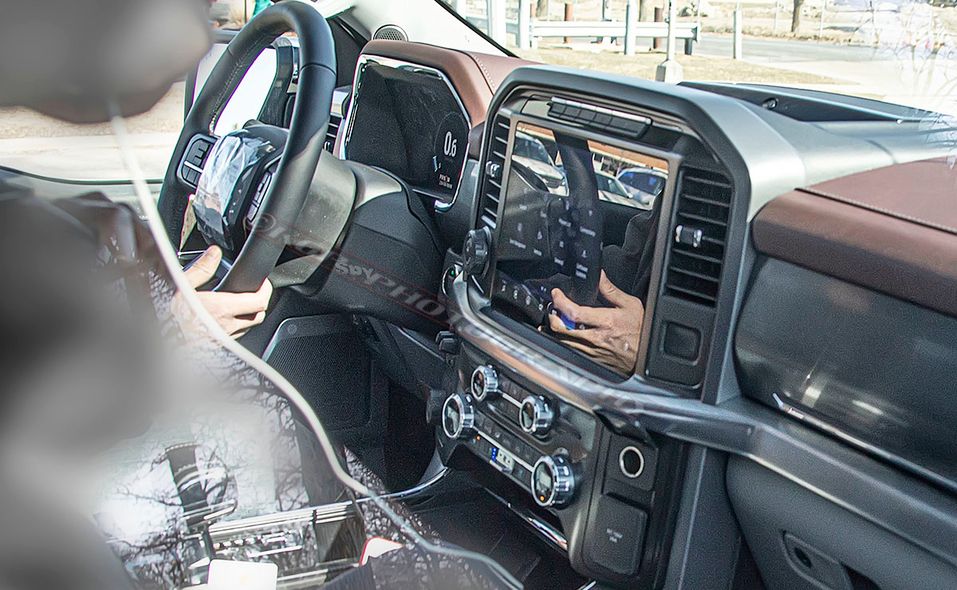 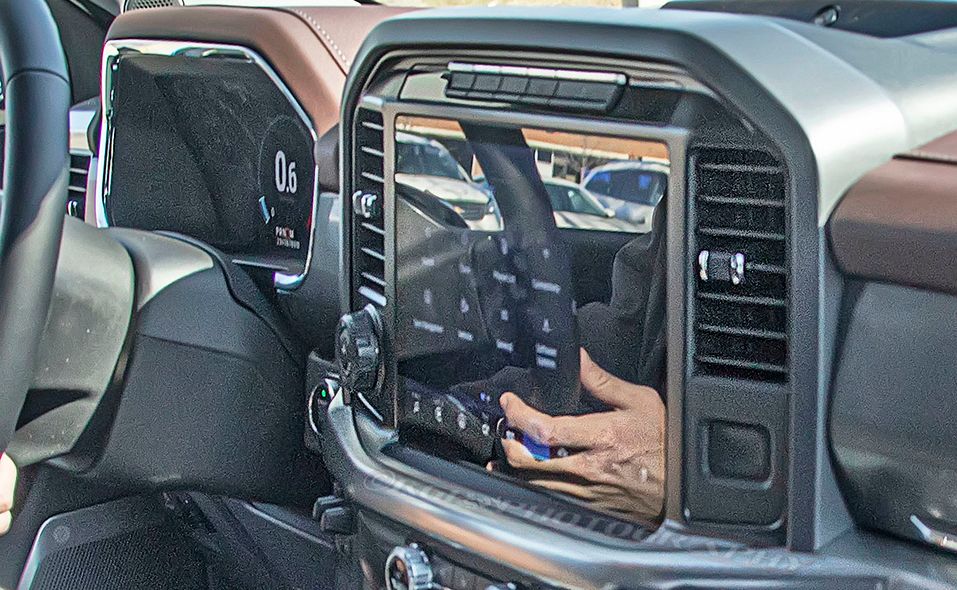 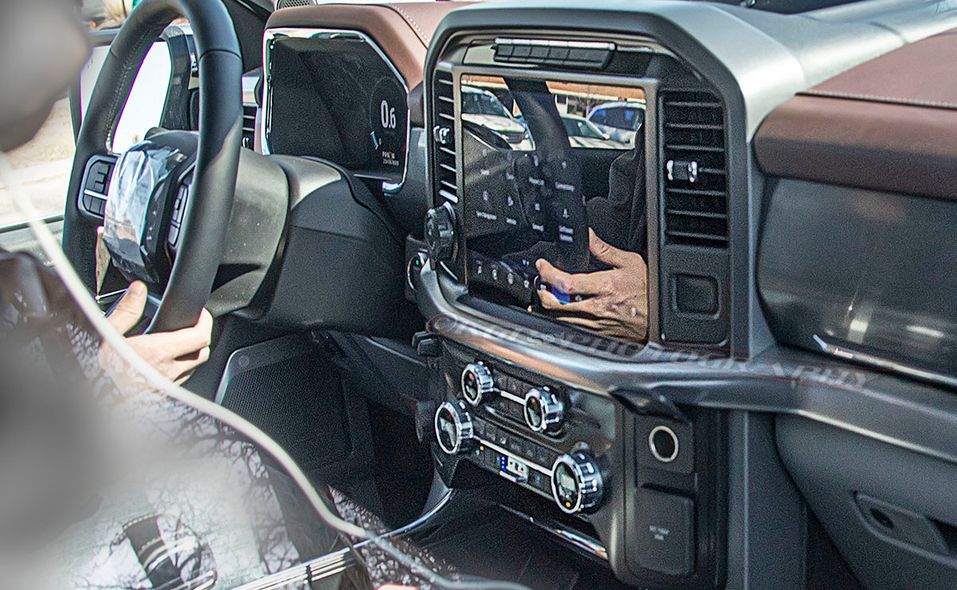 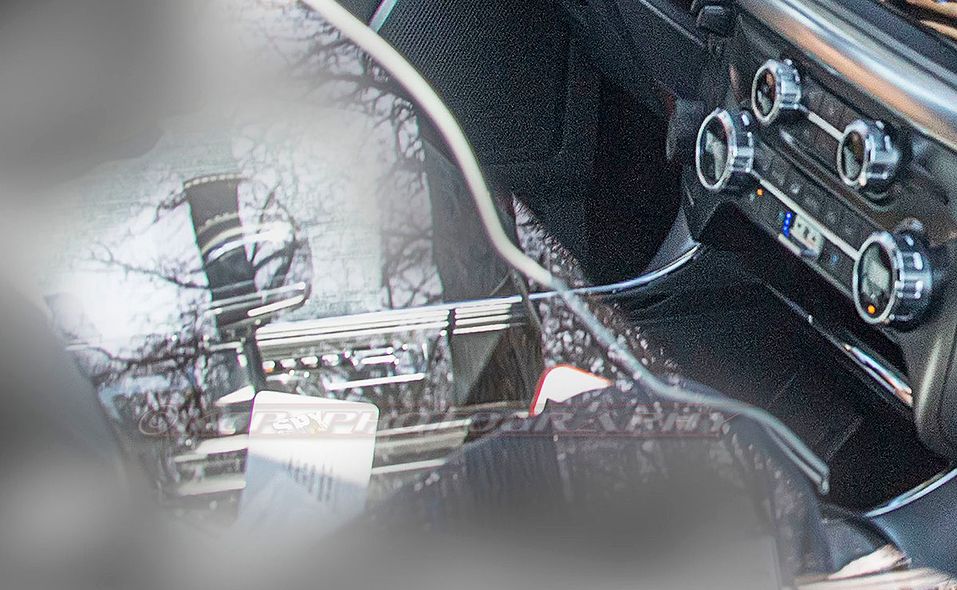