General Motors, fighting to survive and stave off bankruptcy, says on April 27, 2009, that it will phase out Pontiac -- a brand once synonymous with performance, speed and sex appeal -- by 2010.

GM, which had not posted an annual profit since 2004, planned to concentrate on four brands -- Chevrolet, Buick, GMC and Cadillac -- as it crafted a sweeping restructuring.

The final Pontiacs for the U.S. -- G6 models built in late November 2009 -- were sold as part of a fleet order. In December 2009, GM ended output of the Pontiac G3 Wave, a subcompact built in Mexico and sold only in Canada -- marking the official end of production for the brand. It was a subdued farewell for the brand that debuted in 1926 under the bright lights of the New York auto show.

Pontiac's beginning dates to Oakland Motor Car Co., which was formed in 1907 in Pontiac, Mich., and became part of GM in 1909. The first Pontiac vehicle made its debut as part of the Oakland line, but the car's popularity prompted GM to drop Oakland.

Pontiac, later slotted between Chevrolet and Oldsmobile, popularized Silver Streak styling in the 1930s and defined the muscle car era. It became the third-best-selling automobile line of all time in the United States, behind Chevrolet and Ford.

The trio's first car was the 1959 model and it was a sensation: great styling, a split grille and, most important, Wide-Track Drive, a phrase coined by Pontiac's ad agency, MacManus, John & Adams.

Actor Burt Reynolds with a 1979 Pontiac Trans Am in an undated photo. It was the last Trans Am owned and driven by Reynolds.

Over time, Pontiac became a favorite of schoolteachers and other middle-class wage earners. A 1955 Pontiac Star Chief convertible appeared in several episodes of the "I Love Lucy" TV show. The Pontiac Trans Am was a favorite of Hollywood celebrities such as Burt Reynolds, who starred in car-centric ‘70s movie hits such as “Cannonball Run,” “Smokey and the Bandit,” and “Hooper.”

But it was during the 1960s that Pontiac reached its zenith, capitalizing on America's hunger for racing and unbridled performance with muscle cars such as the GTO and Firebird. 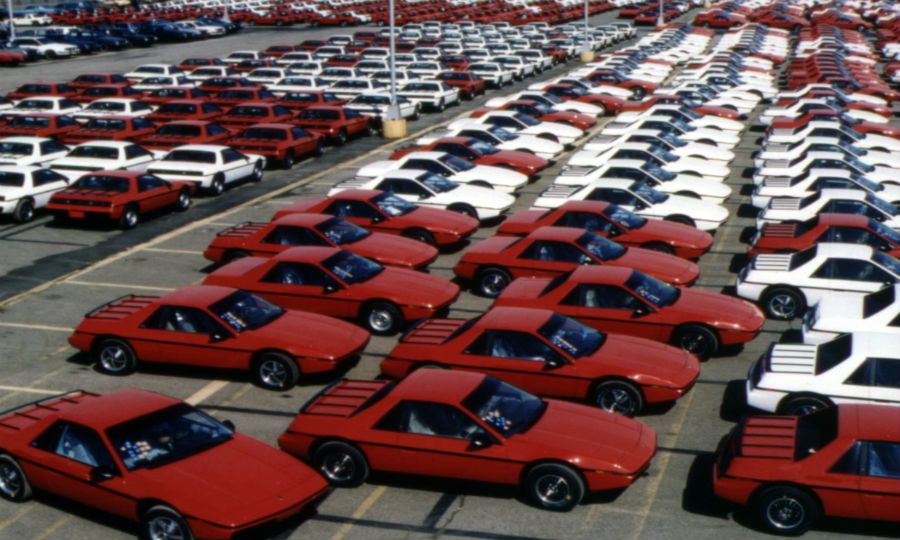 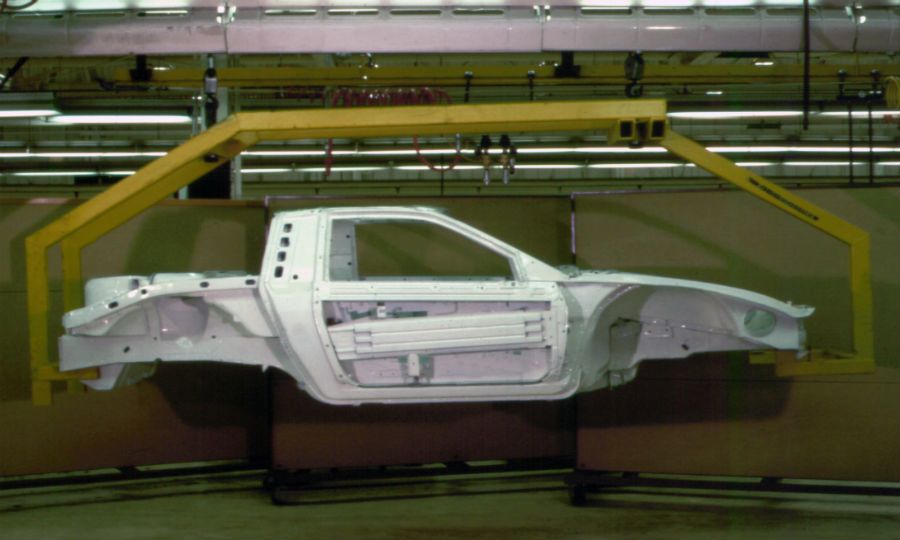 GM
The Fiero's stamped-steel "spaceframe"-bearing, unstressed body panels were supposed to be a lightweight alternative to unit-body construction. But in reality, the Fiero demonstrably weighed more than it would have as a unit-body car, Autoweek wrote in 1988.
Share 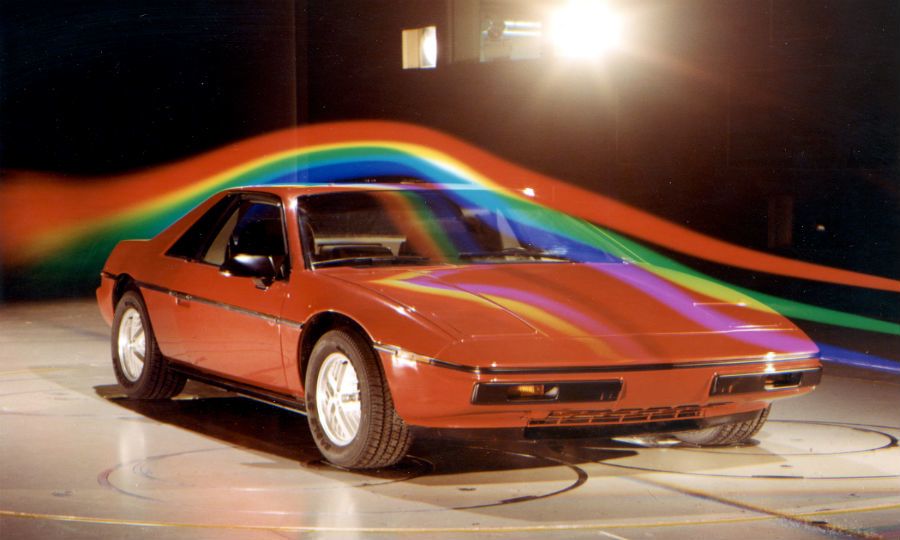 GM
The composite plastic exterior panels on the Fiero would later migrate to GM minivans and Saturn.
Share 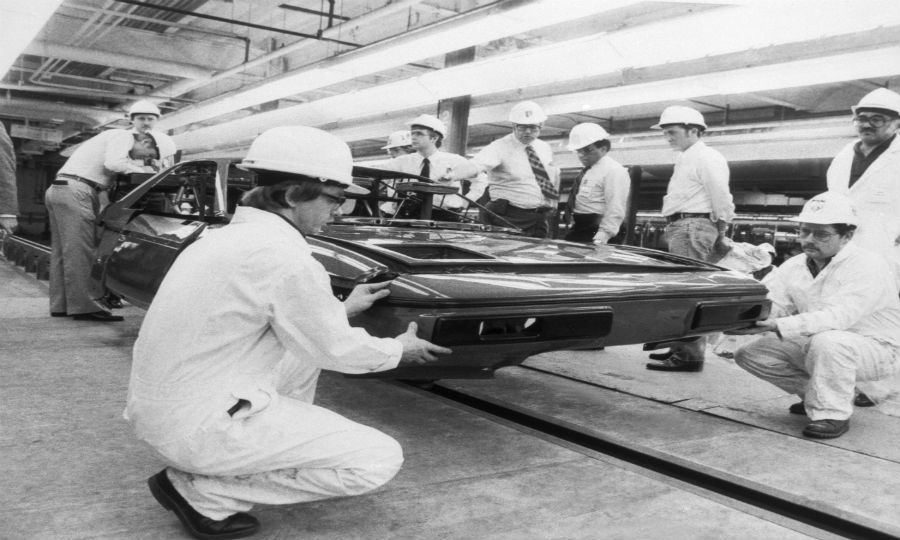 GM
The manufacturing processes used to assemble the Fiero at GM's Pontiac, Mich., plant were considered revolutionary at the time as workers and managers embraced Japanese teamwork techniques.
Share 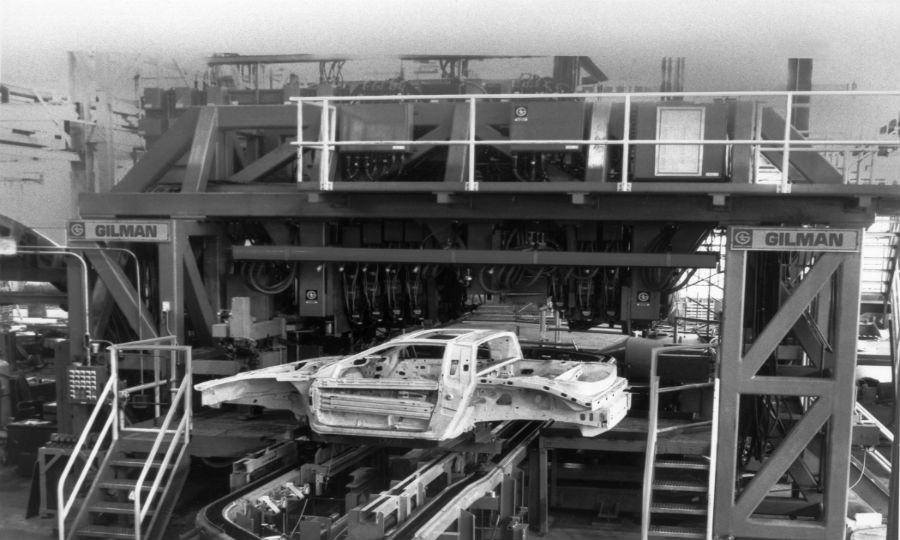 GM
A Pontiac executive once said General Motors had to sell 50,000 Fieros a year to justify operating a Pontiac. Mich., plant which was dedicated only to building the sporty car. U.S. sales in 1987 totaled just 47,156.
Share 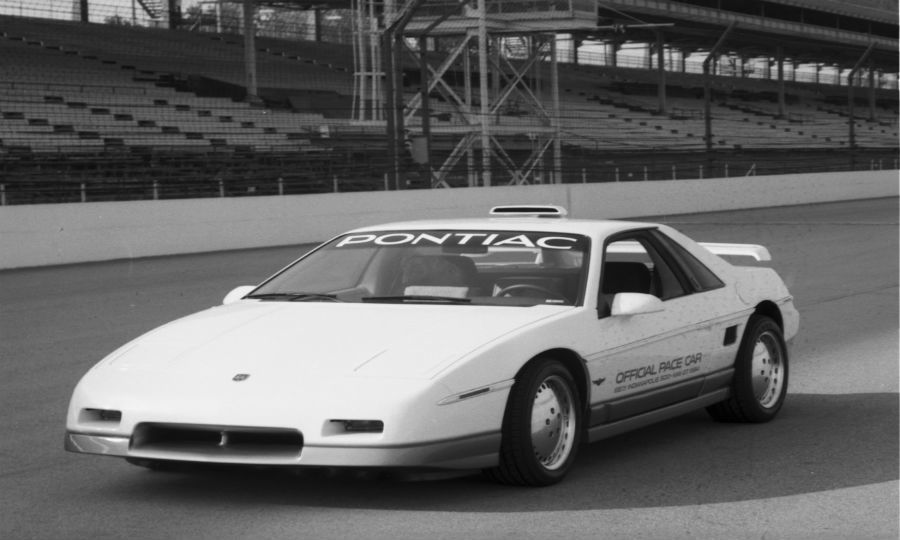 GM
The Indianapolis Star included the 1984 Pontiac Fiero pace car on a list of the "10 worst Indy 500 pace cars of all time" in 2015. "The Fiero was the first four-cylinder pace car since the 1912 Stutz," the paper's Joe Tamborello said. "Lotus has proven in the past that a four-banger can be good. This engine was not good. And the production version was actually good for 140 less horsepower than the pace car. And they liked to throw rods and catch fire. So, there's that."
Share 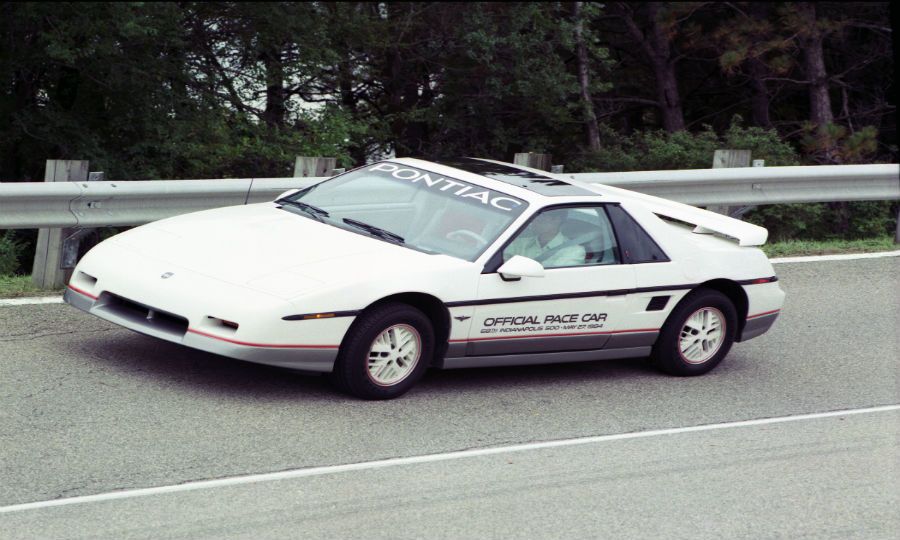 GM
The 1984 Pontiac Fiero Indy pace car is the shortest pace car in the history of the 500-mile race.
Share 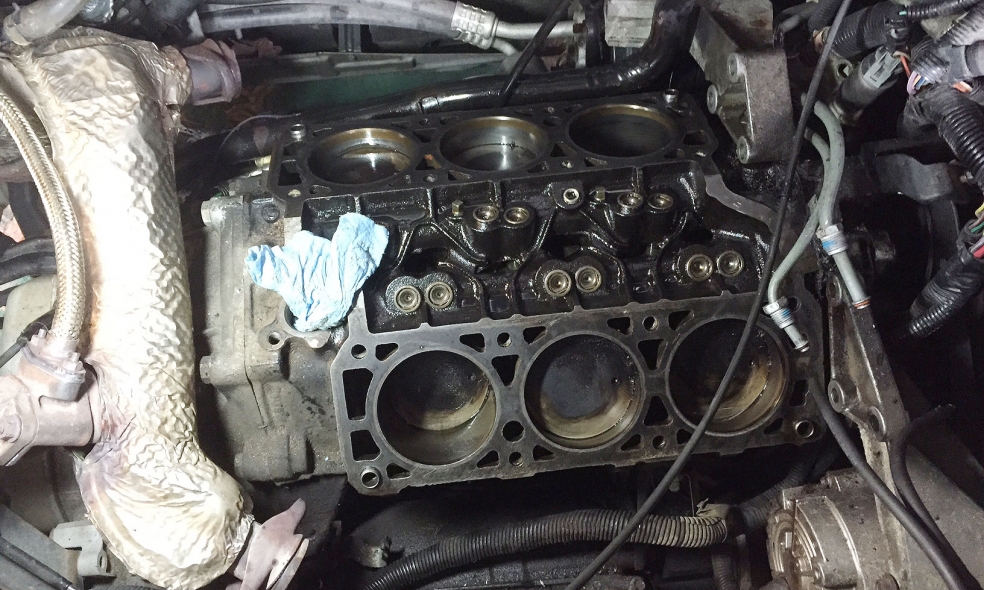 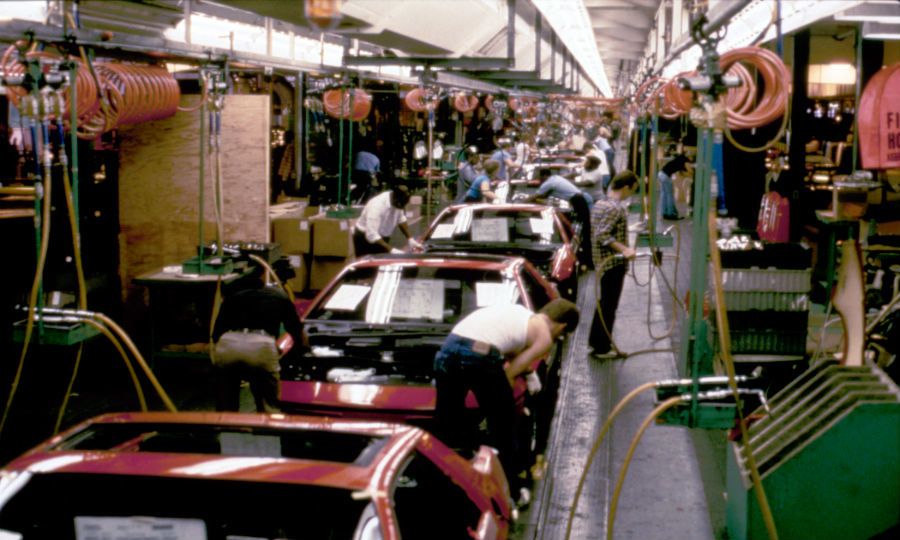 GM
Employment at the Michigan plant that churned out the Fiero peaked at 2,500 workers, on two shifts, in 1986.
Share 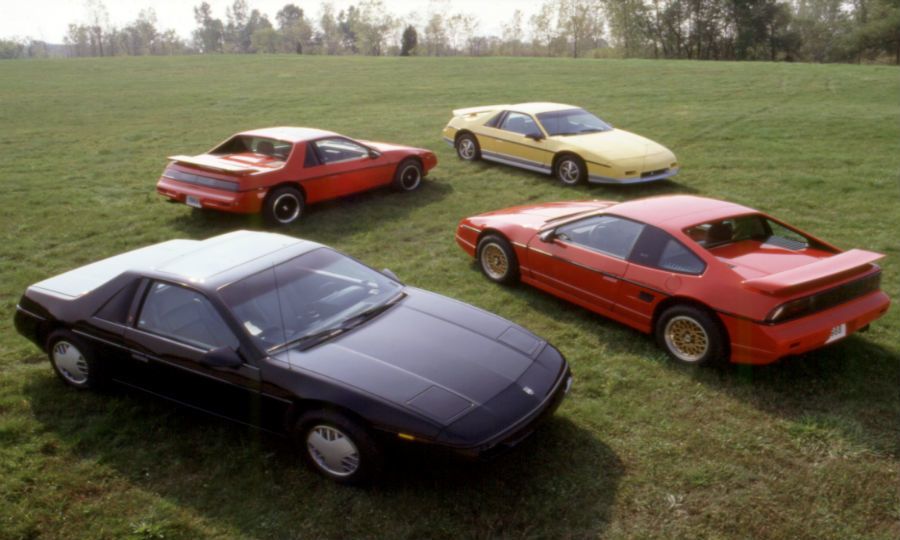 GM
Targeted at many first time buyers, the Fiero was available in an array of colors.
Share 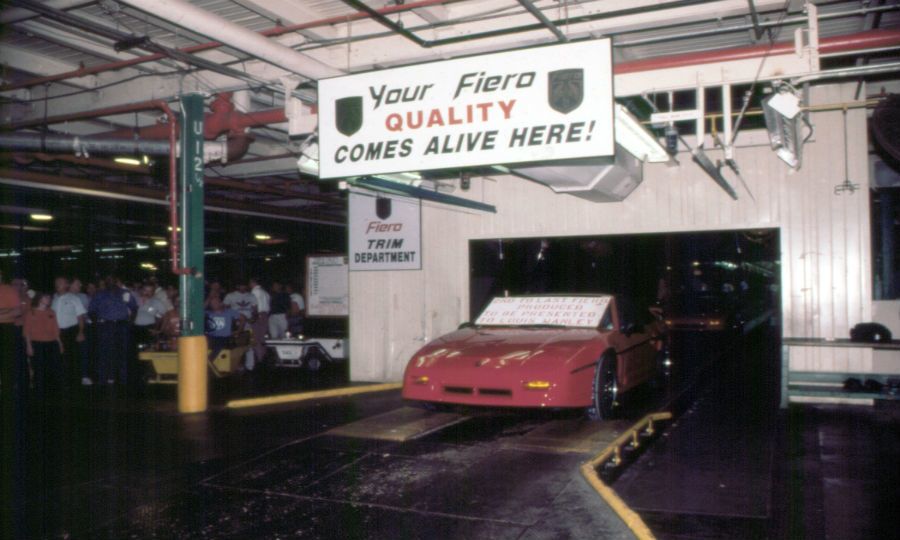 GM
According to the Associated Press, the last two Fieros built were raffled off in an employee drawing.
Share 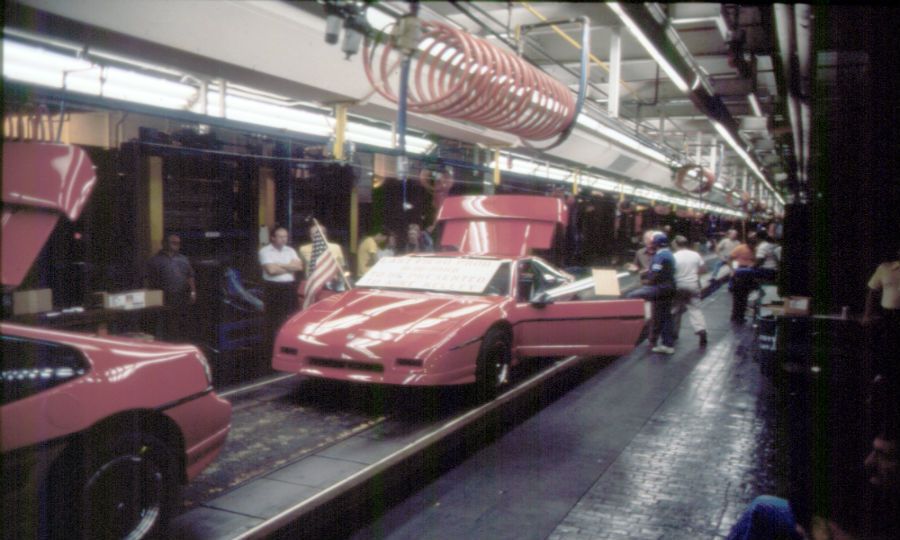 GM
The last Pontiac Fiero rolls of the assembly line.

By the 1970s and 1980s, amid new federal safety rules and high gasoline prices, Pontiac's luster began to fade. Some Pontiac, Buick and Chevrolet models were indistinguishable. U.S. consumers loved the hot-looking, two-seat Pontiac Fiero roadster when it debuted in 1983. But rampant quality problems -- including an engine prone to catching fire -- torpedoed the car.

The addition of minivans to Pontiac's lineup -- the Transport and Montana among them, as well as the oddly shaped Aztek, didn't help the brand's long-term prospects, either.

GM made one last attempt in the early 2000s to rekindle Pontiac's glory with sporty cars such as the Solstice roadster, GTO coupe and G8 sedan, but by then it was too late.