Ken Wysocky
Print
Families who visit DCH Honda of Temecula in November and December can have their picture taken with Santa Claus. Some 200 families go each year.

Santa Claus is coming to town all over the country during this most wonderful time of the year. But the man with the bag arrives early for an extended stay at DCH Honda of Temecula for a special event that's become a holiday tradition for many area families.

Since 2010, the California dealership, part of DCH Auto Group, owned by Lithia Motors Inc., has celebrated the holiday season by hosting a pictures-with-Santa event. The brainchild of General Manager Ken Colson, the event offers residents (not just customers) a chance to have the dealership's professional on-staff photographer take a family photo with the jolly old elf. Unlike most Santa photo ops held at malls and the like, these photos are free.

"We're always looking for innovative ways to engage the community and bring people into the dealership," Colson said of the event's genesis. "We want to expose them [to] our energy on the showroom floor and show them how approachable our people are."

The 10-year run has "been very successful," he added. "We have some kids that first came in when they were young and now are teenagers."

Families can use their own cameras to take pictures, too. The dealership emails a digital photo to participants, who also receive their photo as a postcard thanking them for visiting the dealership.

On average, more than 200 families a year stop in to have their photos taken with St. Nick. The dealership — which sells an average of 210 new and 137 used vehicles a month — converts part of the showroom into a photo studio, replete with Christmas trees, a cozy holiday backdrop and a handsome chair for the big man.

"Some people are customers and others we know aren't customers because we see car brands parked outside that we don't sell," Colson said.

The event undoubtedly bolsters the dealership's brand recognition and helps build customer loyalty. And though it's not tracked for this, Colson said he believes it eventually translates into car sales. But he also feels strongly that it's inappropriate to use it as a sales opportunity.

"If someone approaches one of our team members about a buying a car, then by golly, we'll sell them a vehicle," Colson told Automotive News. "But that's not the reason we're doing it. We just want to deliver a unique experience."

The event is held for four or five hours on Fridays, Saturdays and Sundays for about five weekends every November and December, ending the weekend before Christmas.

Attendance ebbs and flows. "Sometimes there's a line of people stretching across the showroom floor," he said. "And other times it's so empty that Santa goes outside to chat with customers out on the lot." 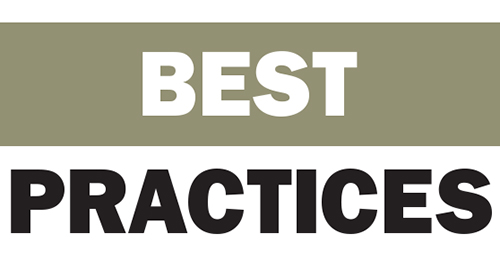 Submit your dealership best practices: We encourage readers to send us examples of best practices they employ at their own dealerships. These are practices that are a proven contributor to dealership operations. It could be a marketing tactic, a hiring or staffing initiative, a customer satisfaction push, a cost-savings move or any other strategy that helps the dealership operate more effectively and make more money.
» SEND US YOUR BEST PRACTICES
Starring role

One thing really makes the event special: a Santa with star power.

After the 2010 event, Colson's team agreed it was worth doing again. But everyone also felt it required a more authentic Santa.

An employee then heard about Terry Larned. "When he came in to meet us, he had candy canes in hand," Colson said. "Even his laugh was a classic, 'Ho-ho-ho.' When I first saw him, I just knew he was the guy."

Larned is a convincing Santa. Children can tug on his beard all they want because it's real; he starts growing it in June. (He plays Santa at other venues, too.) Moreover, Larned always is in the holiday spirit; his home is decorated for Christmas year-round, Colson said.

"At an event like this, you want to deliver the magic of Christmas to a child," Colson said. "And a lot of that depends on the quality and caliber of your Santa. Terry is a perfect fit."

The dealership spends $3,000 to $4,000 a year to put on the event; that pays for items such as the prints sent to families, an occasional new photo backdrop to keep things fresh and Santa's hourly wages. To promote the event, the dealership uses social media, email blasts and a large digital billboard on the nearby, highly traveled I-15.

The investment pays off.

"My commitment to this event never wavers," Colson said. "After so many years, people have come to expect it. It's so worthwhile when you see the excitement on kids' faces when they come into the showroom.

"We'll continue to do it," he added. "At least for as long as Terry is available."

For Ohio dealer, virtual sales manager is the real deal

FINANCE & INSURANCE REPORT: Sign up to get news, ideas and commentary delivered each Wednesday afternoon on how to maximize profits from your F&I products and services.