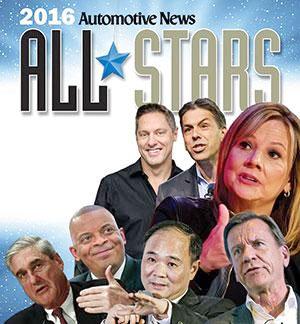 When Bryan DeBoer, 50, became CEO of Lithia Motors Inc. in May 2012 he told Automotive News he would continue to snap up franchises.
His targets: stores in small to midsize markets where Lithia can be the exclusive operator or luxury franchises in larger markets where there are few other dealers.
He wasn't kidding. At the time, Lithia, founded by his father, Sid DeBoer, owned 86 stores. As of Nov. 22, it owned 153.
While other publicly held auto retailers focused on stock buybacks this year, DeBoer held to his acquisition strategy. Lithia spent $108 million to buy back 5 percent of its available stock through September, but it added more than $1.1 billion in estimated annualized revenue. In the third quarter alone, it completed 14 acquisitions and opened one store.
The Medford, Ore., company's most important purchase was the nine-store Carbone Auto Group. That thrust Lithia into Vermont and upstate New York. In 2014, Lithia made its first move into the Northeast with the acquisition of DCH Auto Group, which had stores in New Jersey and New York, as well as Southern California.
Amid the rapid expansion, Lithia has consistently delivered solid earnings and high returns to shareholders. It has achieved growth in all areas of the business, too. For example, when DeBoer took the helm, Lithia was selling an average of 39 used cars per store per month. At the end of September, it was doing 65. His goal remains 75.
Count on growth to continue as Lithia and Carbone share best practices and when Carbone starts making acquisitions to contribute to Lithia's bottom line. Said DeBoer: It'll come through leveraging their team and expanding past their current nine-store footprint.""