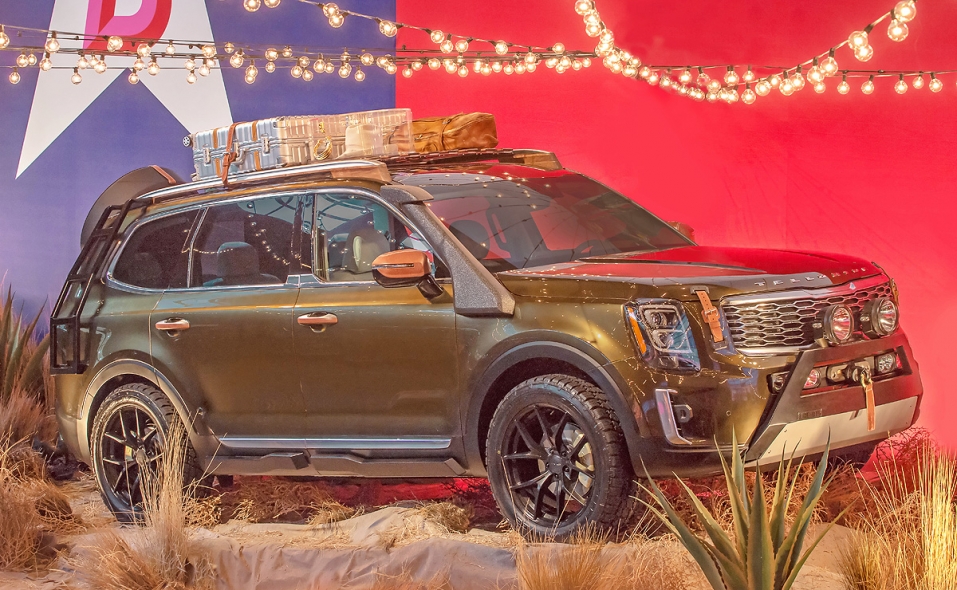 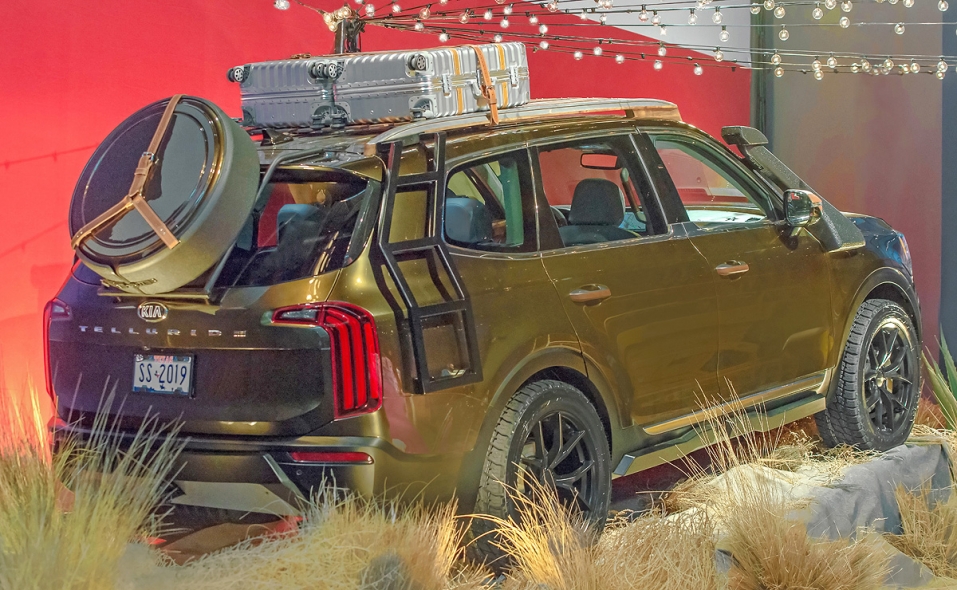 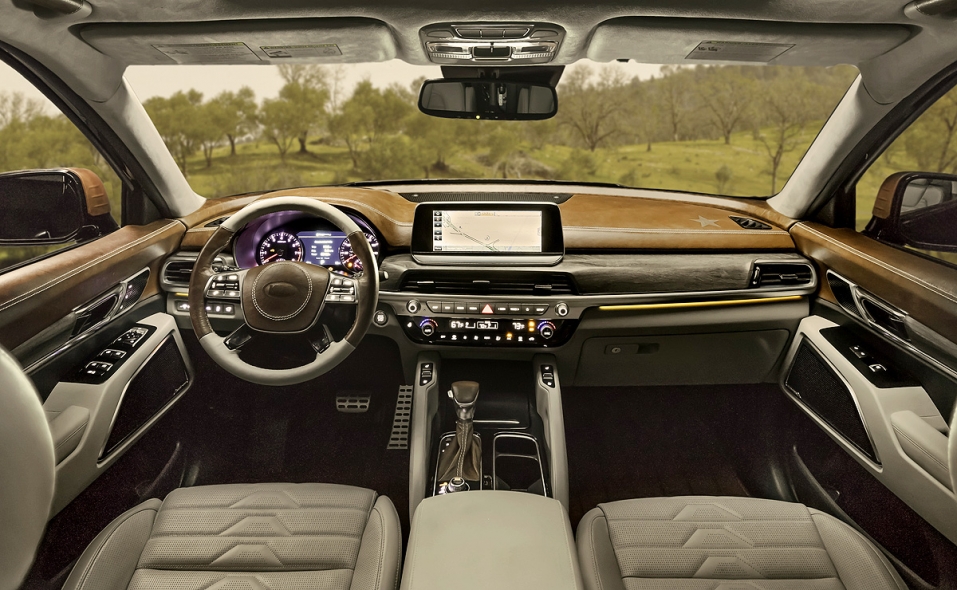 NEW YORK -- The 2020 Kia Telluride will become the biggest crossover in the brand's lineup and executives hope Saturday's launch during New York Fashion Week will help the all-new light truck capitalize on the shift to crossovers with some extra cachet.

A leather-infused version of the three-row crossover, first introduced as a concept during the 2016 Detroit auto show, was unwrapped during designer Brandon Maxwell's fashion show.

The one-of-a-kind Telluride was inspired by Maxwell's latest Texas-inspired runway collection. Maxwell, who is also a fashion director for singer Lady Gaga, is a Texas native.

The market for large, three-row crossovers -- dominated by the Ford Explorer, Toyota Highlander and Chevrolet Traverse -- has grown 12.4 percent this year, easily outpacing the overall market's growth of 1.1 percent.

The 2020 Telluride doesn't stray far from the concept's boxy look. The customized iteration shown Saturday is decked out with leather adornments on the dash, door panels, outside rearview mirrors and grab handles. It also features custom front and rear bumpers, skidplates and sidestep sills that Kia says exude a ranch-ready appearance.

The eight-passenger Telluride will be assembled at Kia Motors' plant in  West Point, Ga. The production model will come standard with a new V-6 engine, Kia said.

The Telluride is expected to arrive in showrooms in early 2019. It was designed at Kia's U.S. styling studio in Irvine, Calif.

The Telluride concept was well-received at the 2016 Detroit show, and production plans have been the subject of speculation ever since.

The crossover was spotted this year by spy photographers during road testing. A production version of the Telluride would be the largest SUV or crossover in the Kia lineup since the body-on-frame Borrego.

The Telluride will help Kia's U.S. truck sales build even more momentum. Kia truck deliveries through August were up 6.4 percent to 165,018 units. Overall, Kia is down 1.2 percent on the year due to sinking car sales that were down 5.8 percent through eight months.