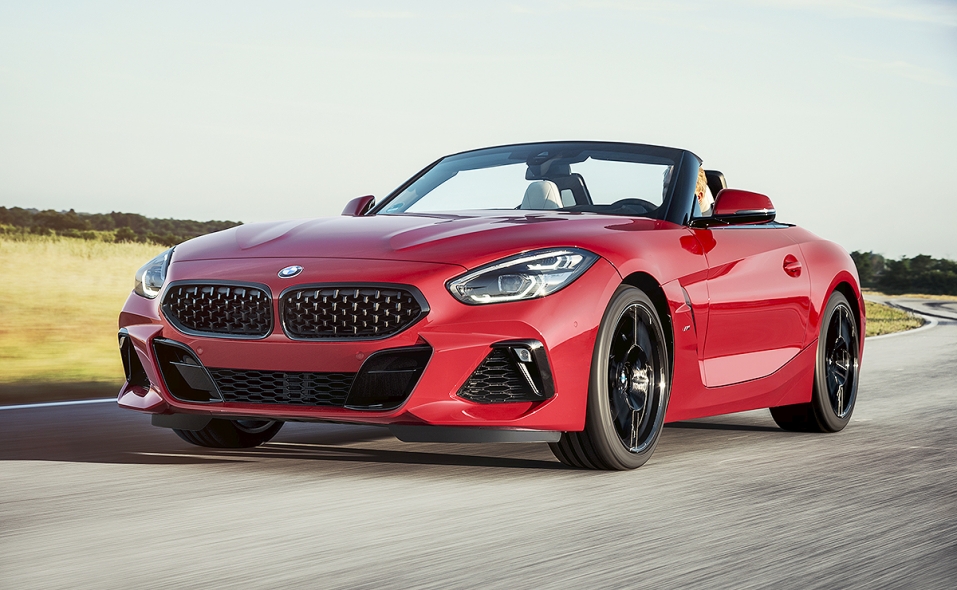 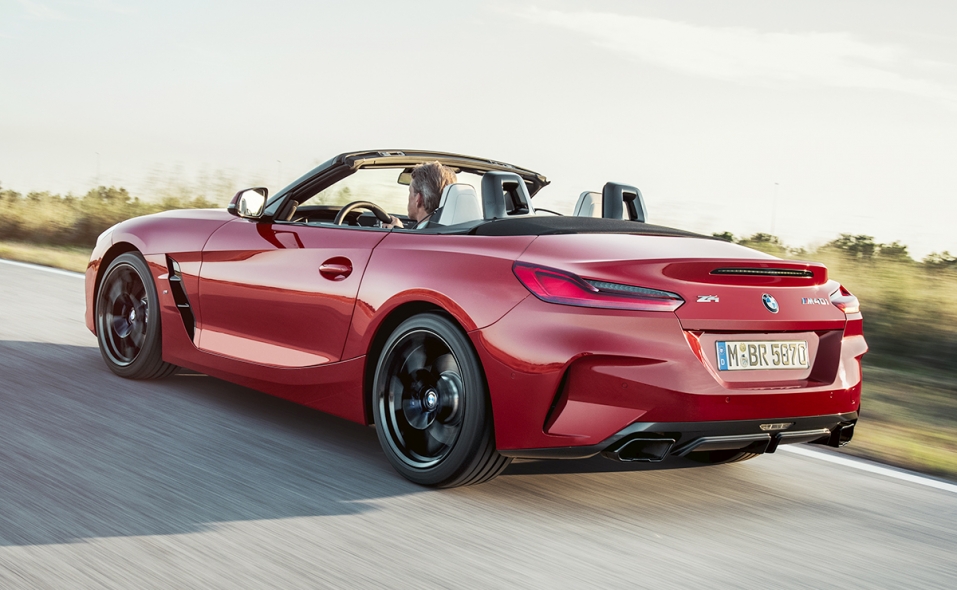 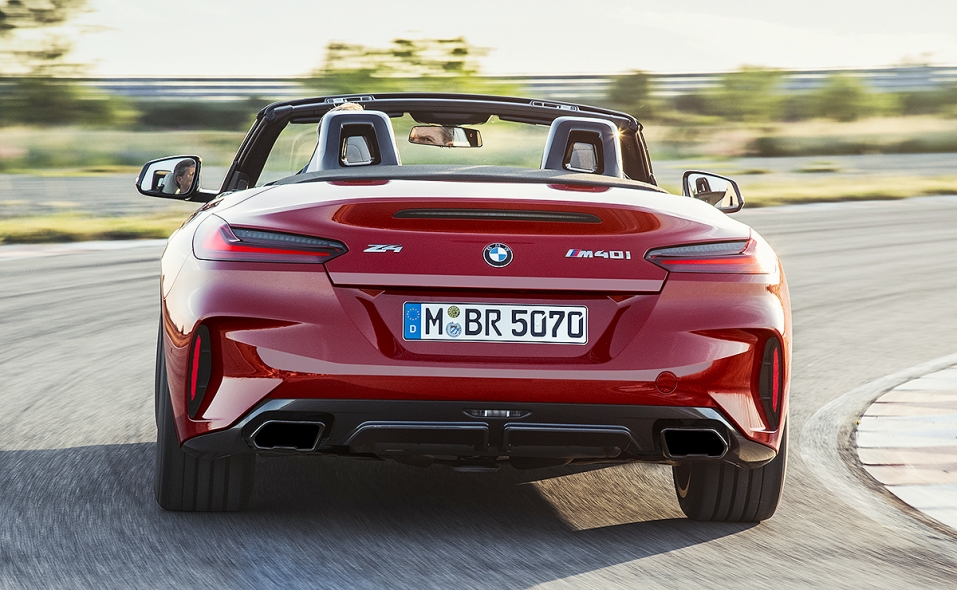 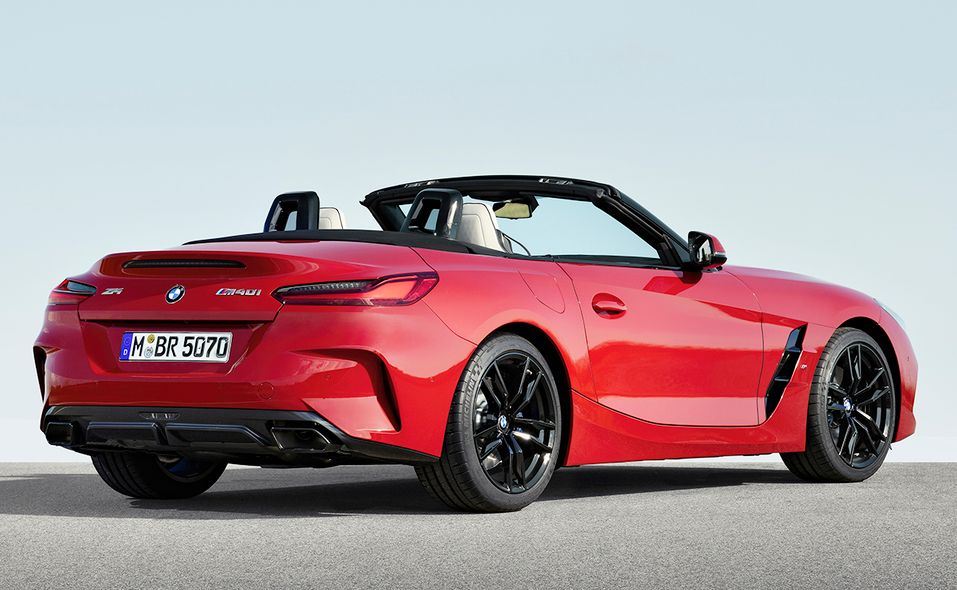 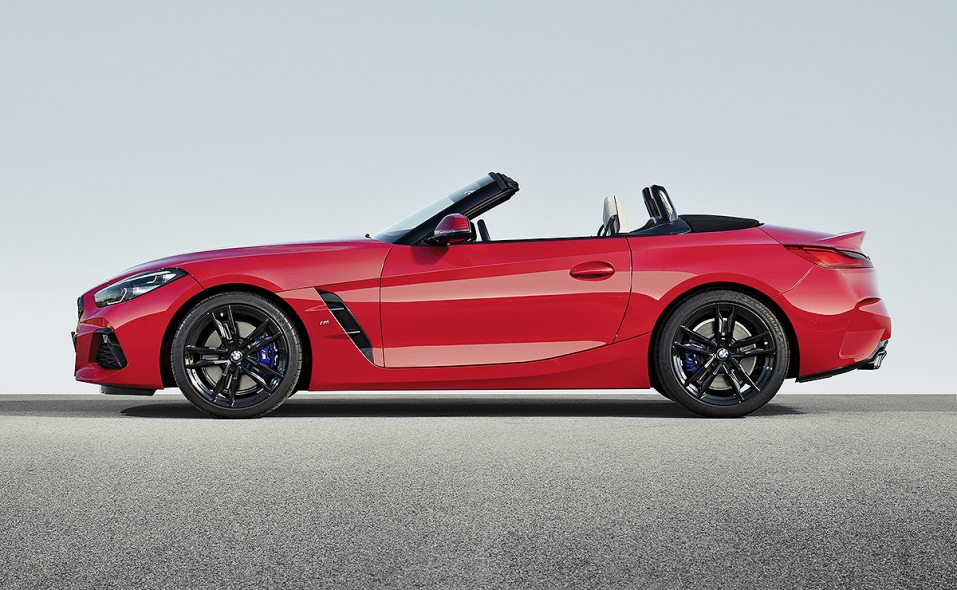 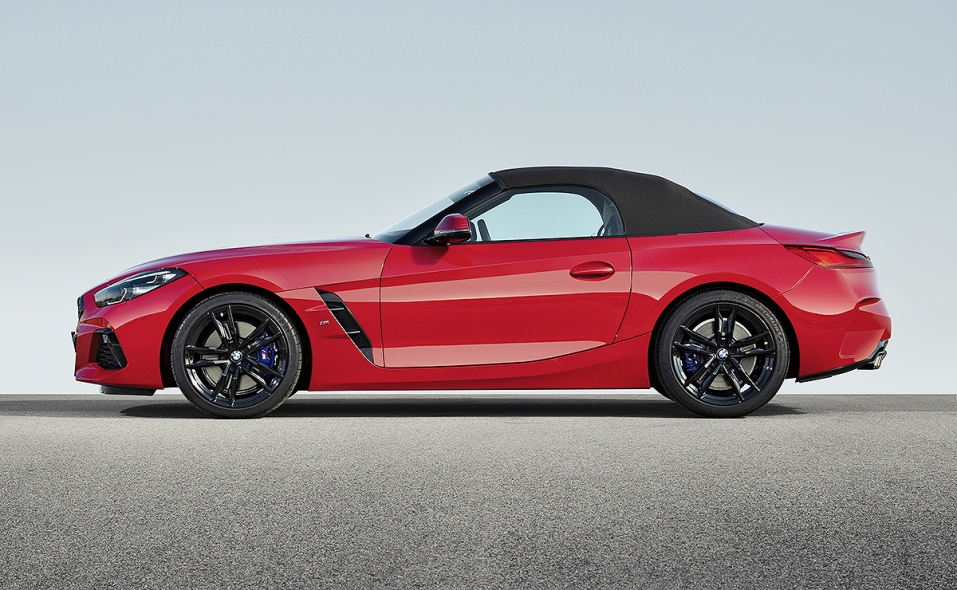 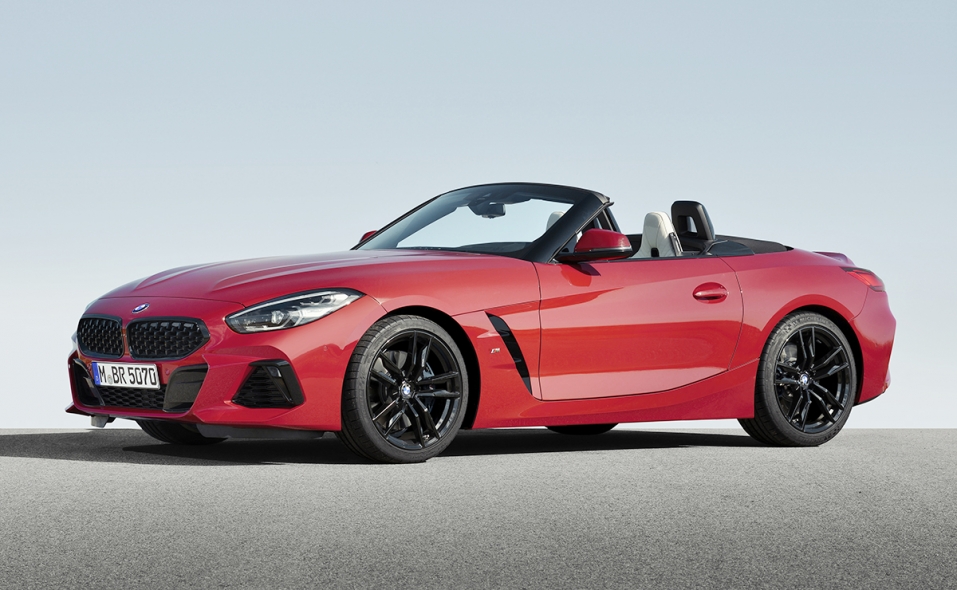 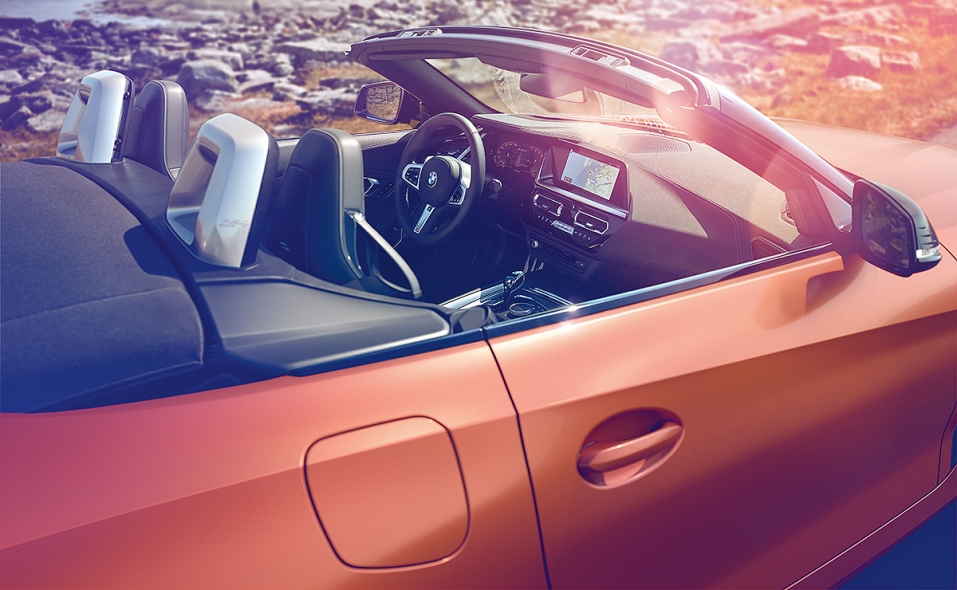 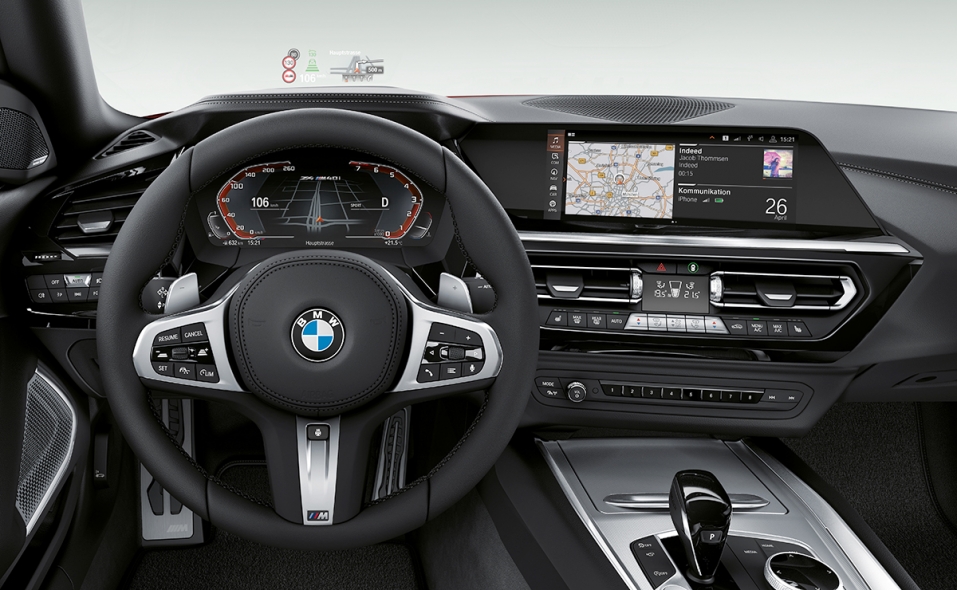 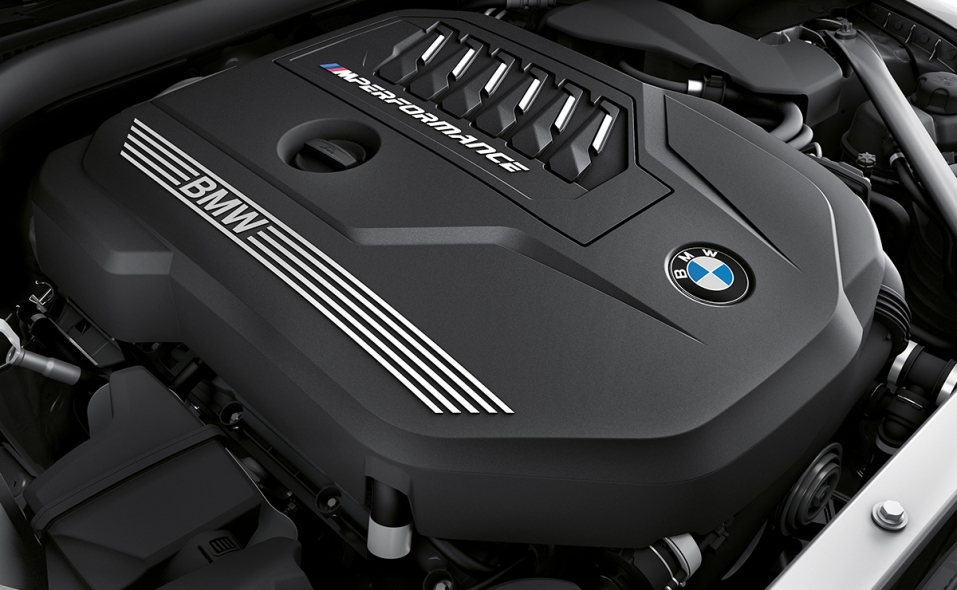 BMW is wading back into the roadster market with the revival of the Z4 -- a car whose predecessor helped spark a renaissance in small sporty coupes and burnished the German luxury brand's driving bona fides with the Z1, and later the Z3, in the 1990s.

Cars may be going out of style with today's new-vehicle shoppers, but BMW and some automakers are convinced roadsters can still deliver some brand sizzle in the showroom -- even at lower volumes.

But even BMW is hedging its bet with the newest Z4. Rather than going it alone, the newest BMW Z4 shares a platform with Toyota's revived Supra sports car to keep engineering and development costs in check. BMW took the lead in the creation of the common platform under a joint agreement signed in 2012.

The automaker unwrapped the 2019 BMW Z4 M40i First Edition roadster Thursday in Pebble Beach, Calif. It was previewed as a concept a year ago in Pebble Beach.

U.S. sales of sedans, coupes and other cars are on track to fall for a fifth straight year in 2018, but BMW and some competitors still see value in sporty compact roadsters. During the post-recession boom, U.S. sales of compact sport coupes peaked at 60,746 in 2013 before slipping to 42,107 last year.

The 2019 Z4 30i, powered by a 2.0-liter four-cylinder engine, will arrive in U.S. dealerships next spring. BMW said the Z4 M40i, including the First Edition, will arrive in the second quarter of 2019.

With the Mazda Miata, the Z3 helped spark an American renaissance in roadsters. The original Z3 was followed by the Mercedes SLK and Porsche Boxster. The latest brands to enter the segment include Subaru with the BRZ, Toyota with the 86 and Fiat with the Spider. Meanwhile, other brands such as Cadillac and Honda have exited the segment.

While Toyota has unveiled the racing version of the Supra, it's unclear when the production Supra will be introduced, though Toyota says it will share more information about the car in the fourth quarter.

A hint at Mercedes' electric future