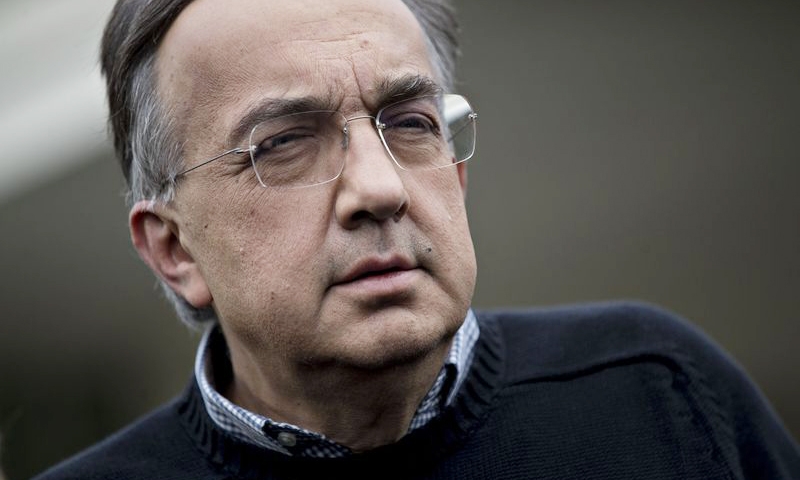 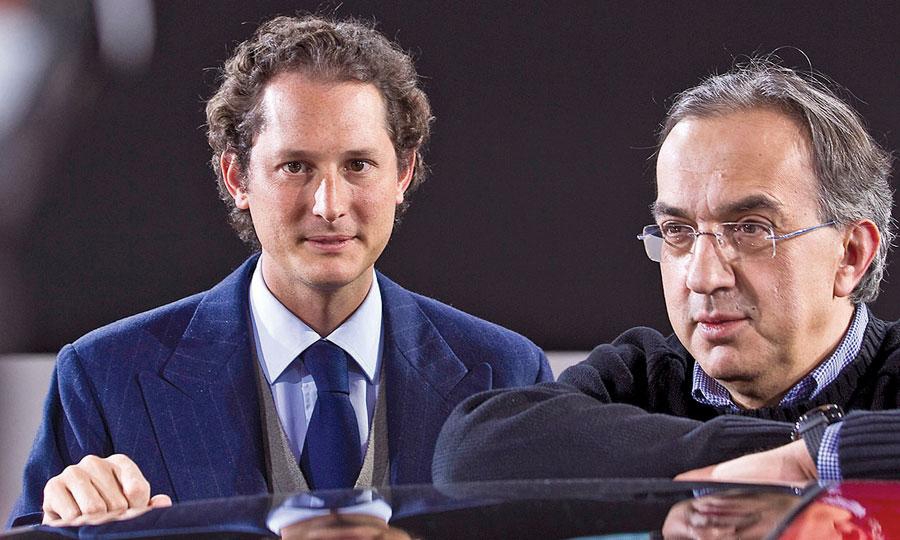 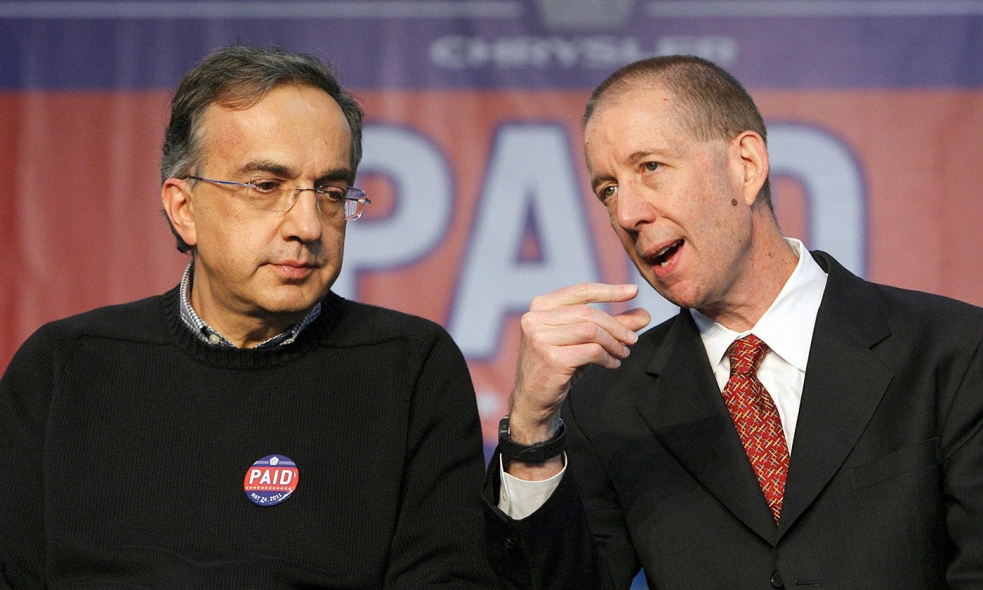 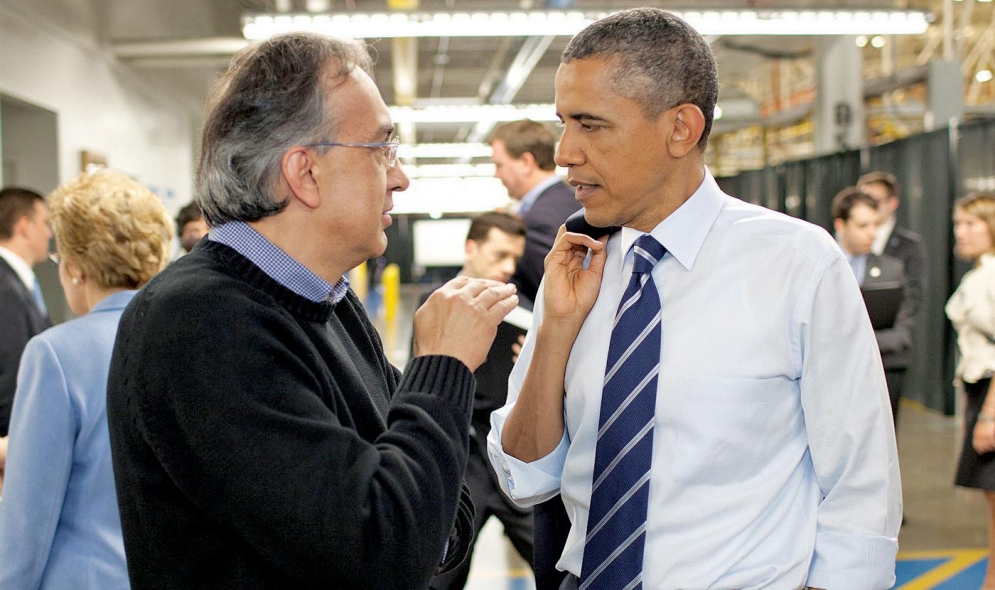 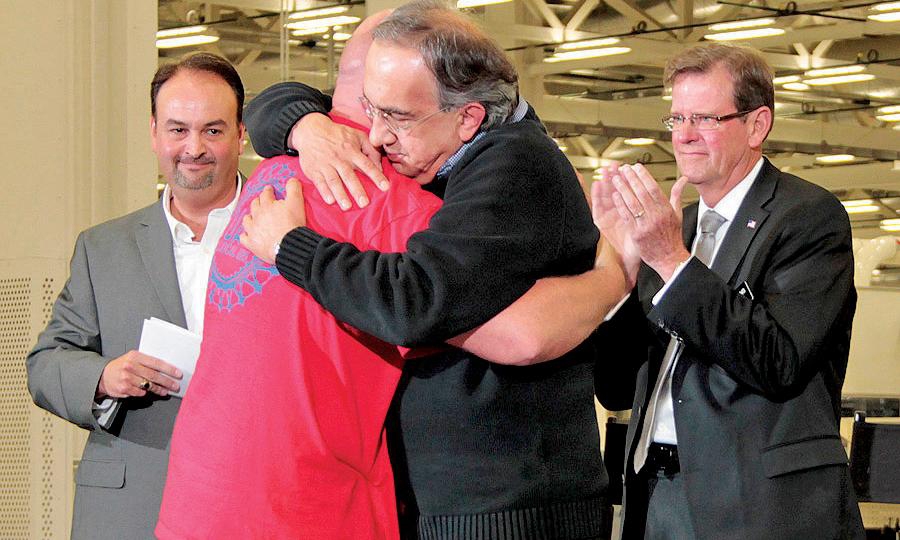 Marchionne gets an emotional hug from a UAW local president in Tipton, Ind., during a 2014 plant dedication.
Share 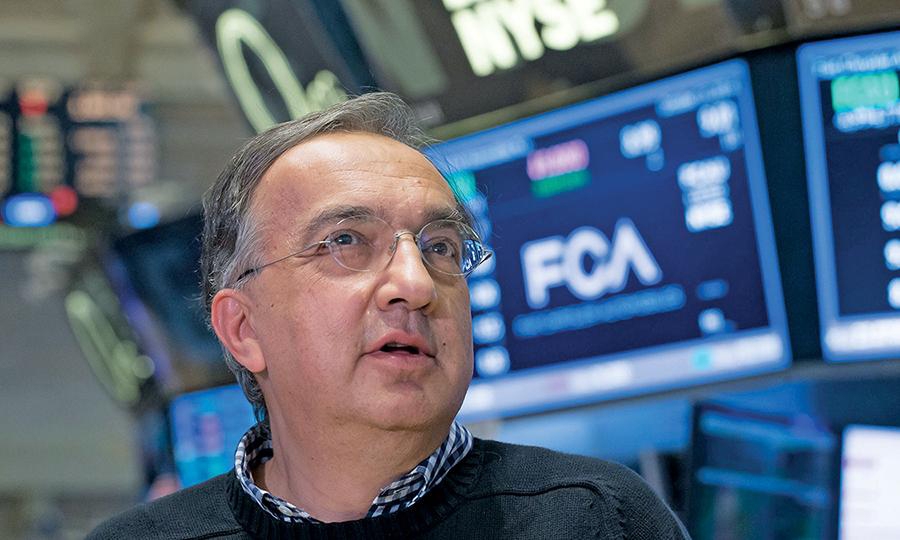 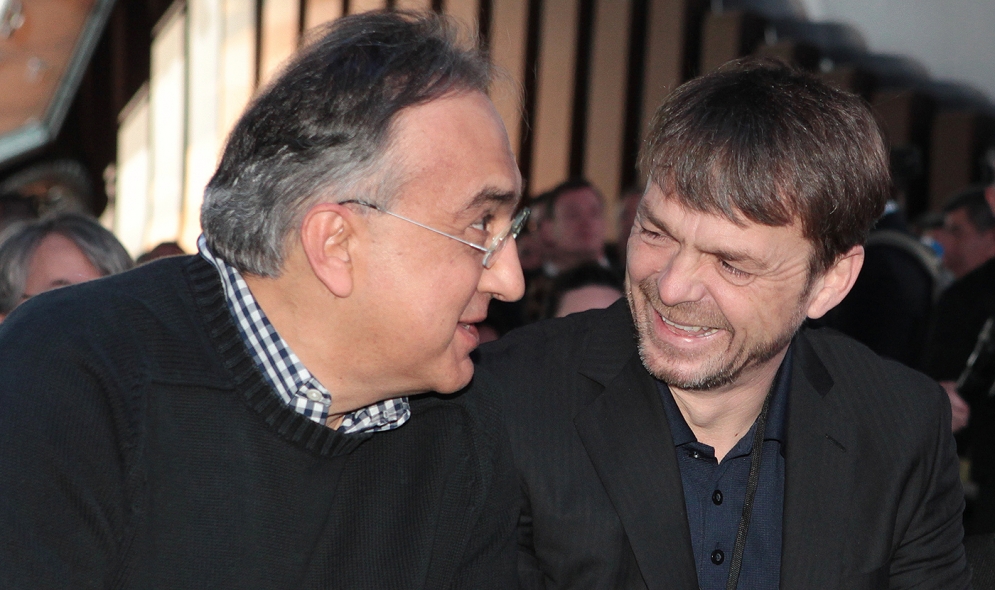 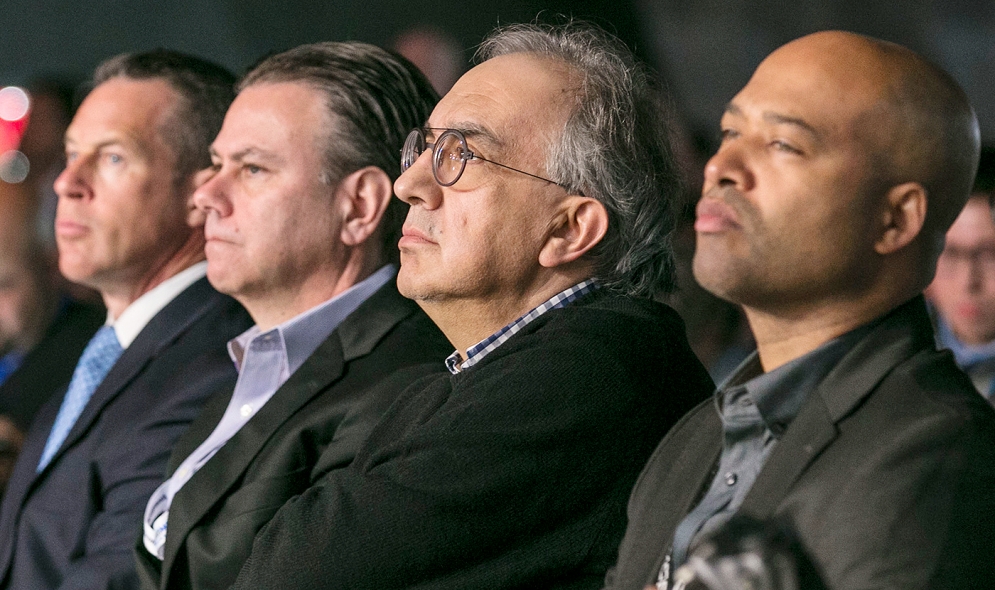 JEFF KOWALSKY
Marchionne seated with other Fiat Chrysler executives during a presentation by Manley at the 2012 Detroit auto show.
Share 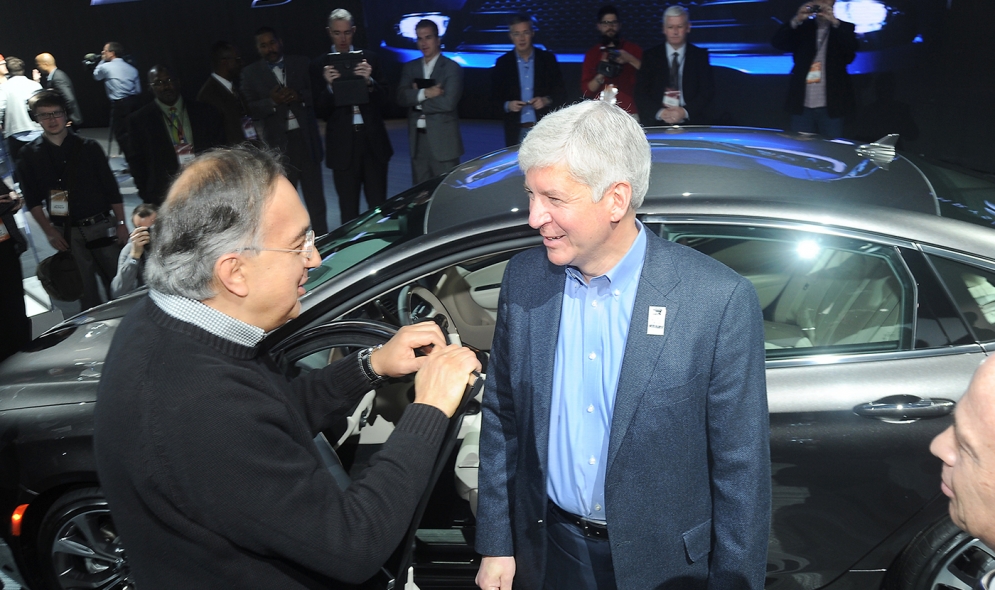 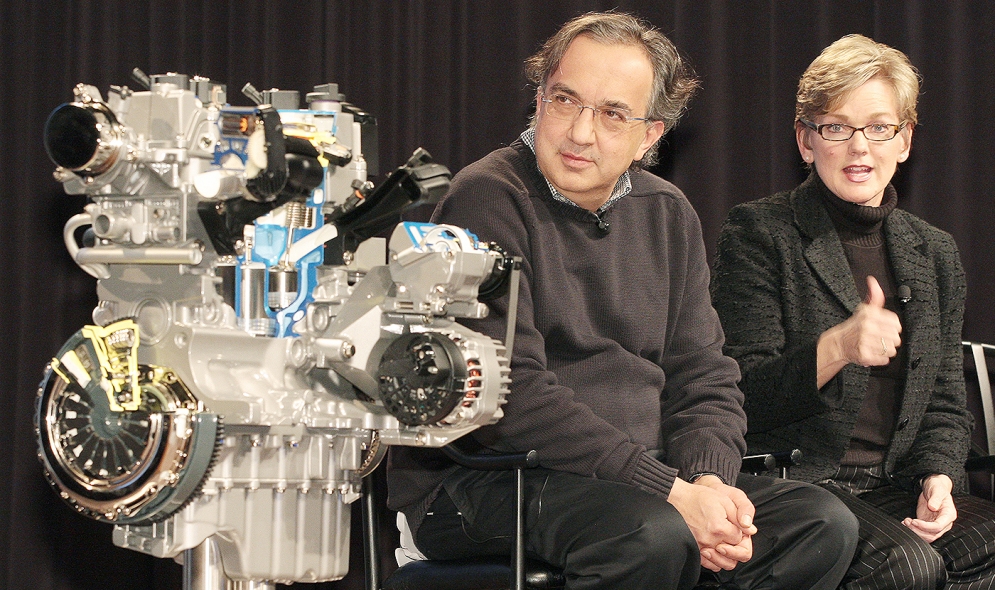 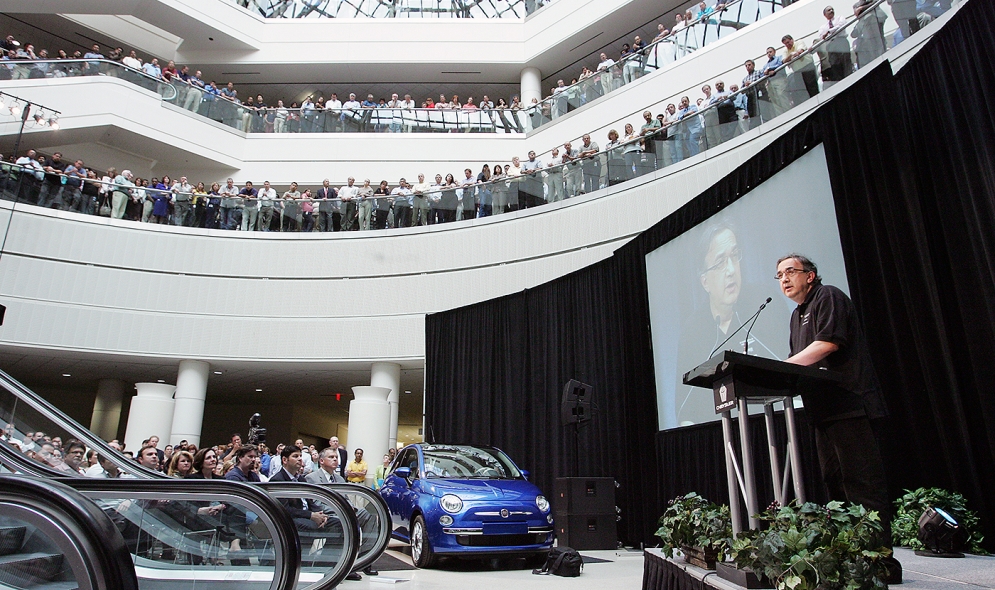 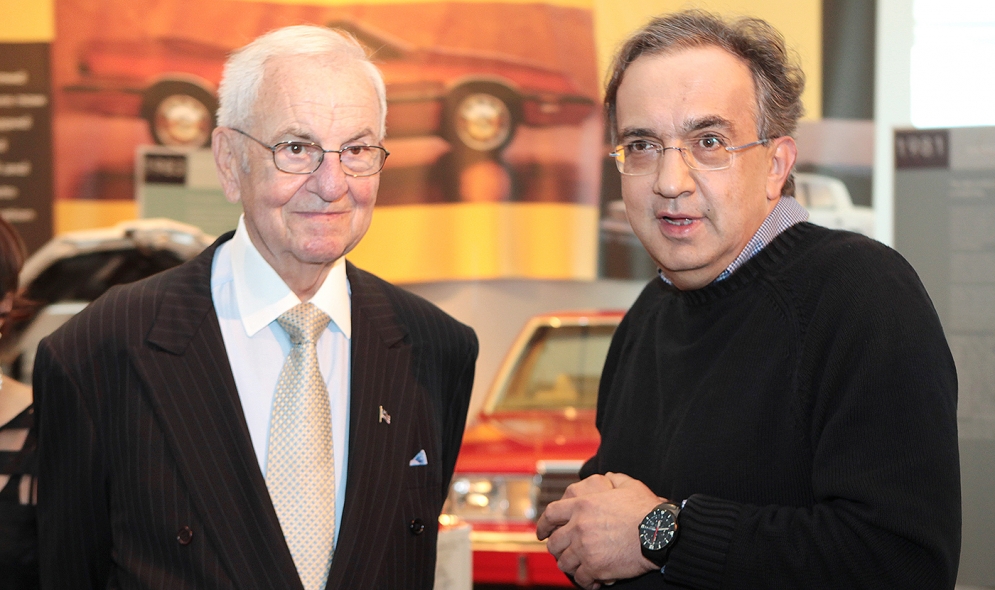 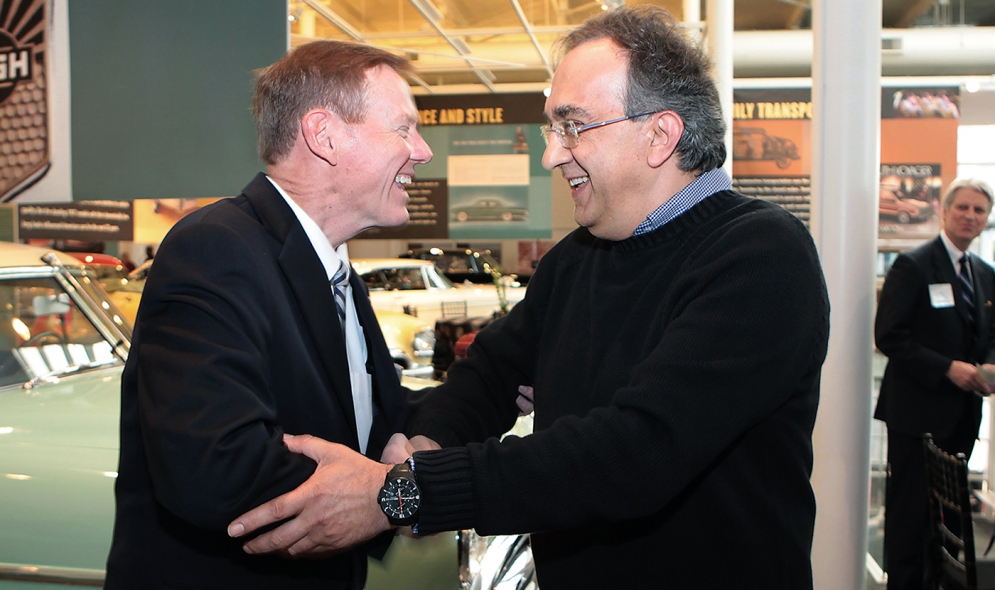 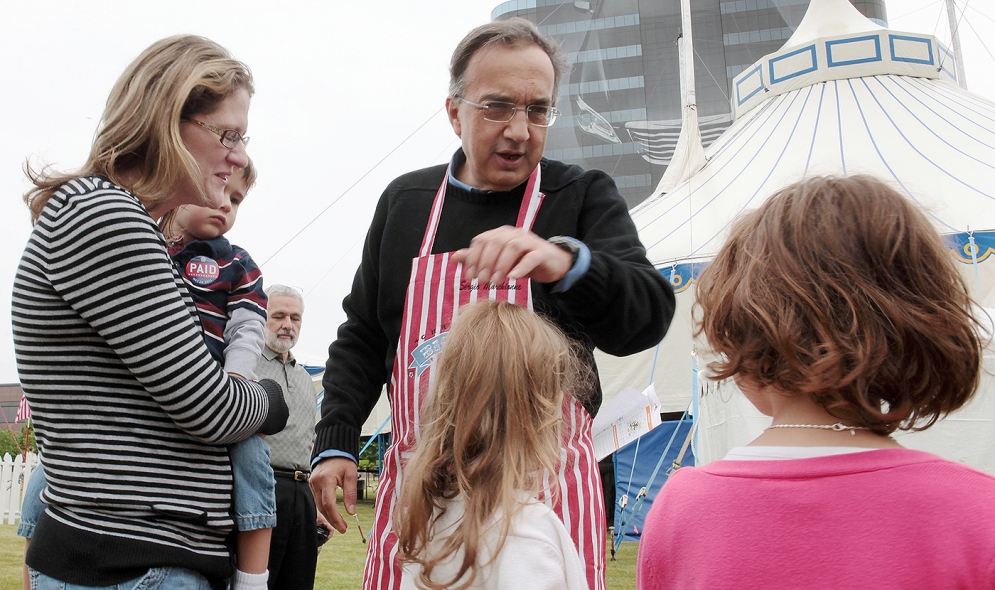 JOE WILSSENS
More than 40,000 Chrysler employees and their families attended the Family Day Celebration at the Chrysler Technology Center in 2011. The carnival-themed event commemorated Fiat Chrysler's second anniversary and the repayment of loans from the U.S. and Canadian governments.
Share 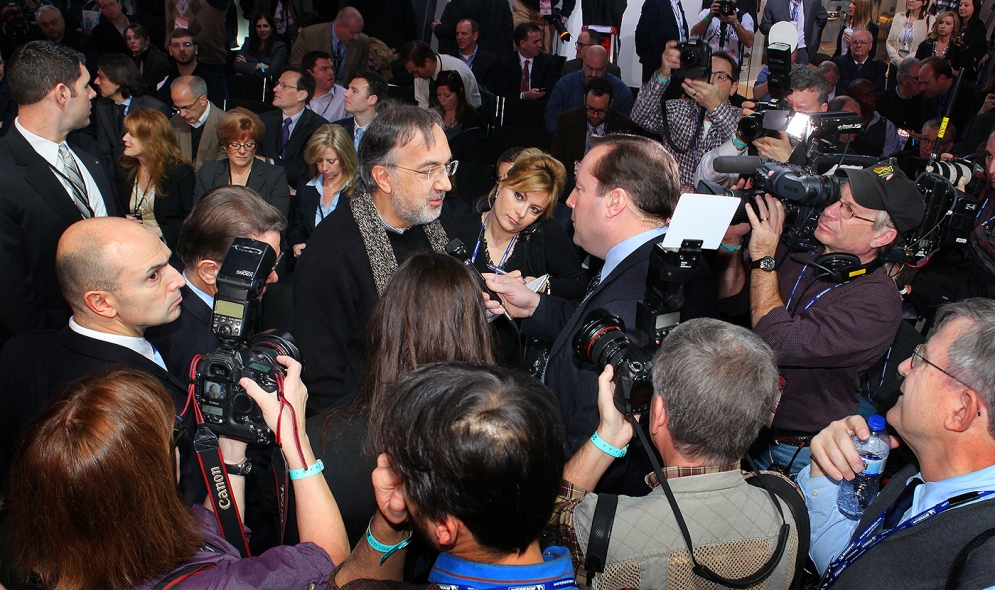 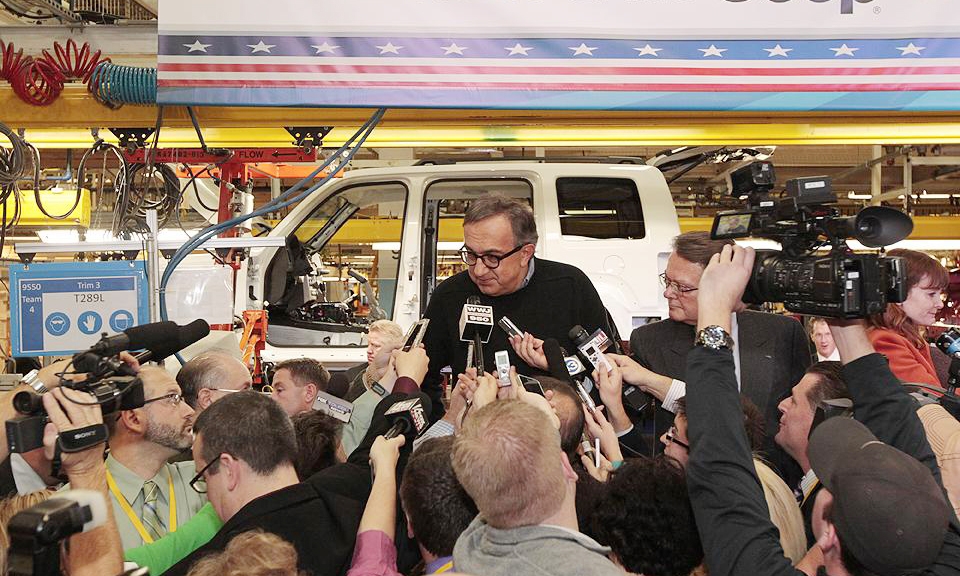 Marchionne at the Jeep plant in Toledo, Ohio, in 2011.
Share 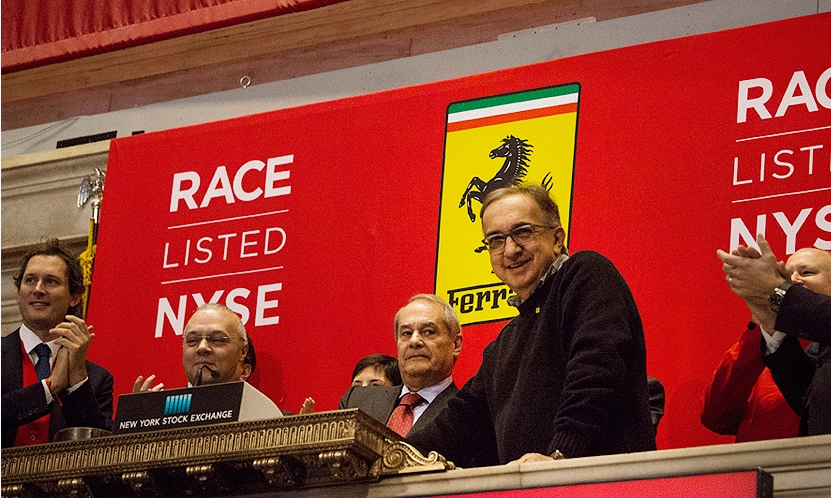 BLOOMBERG
Marchionne smiles after ringing the bell on the NYSE in Oct, 2015, on the launch of the Ferrari IPO. To the left is FCA Chairman John Elkann.
Share 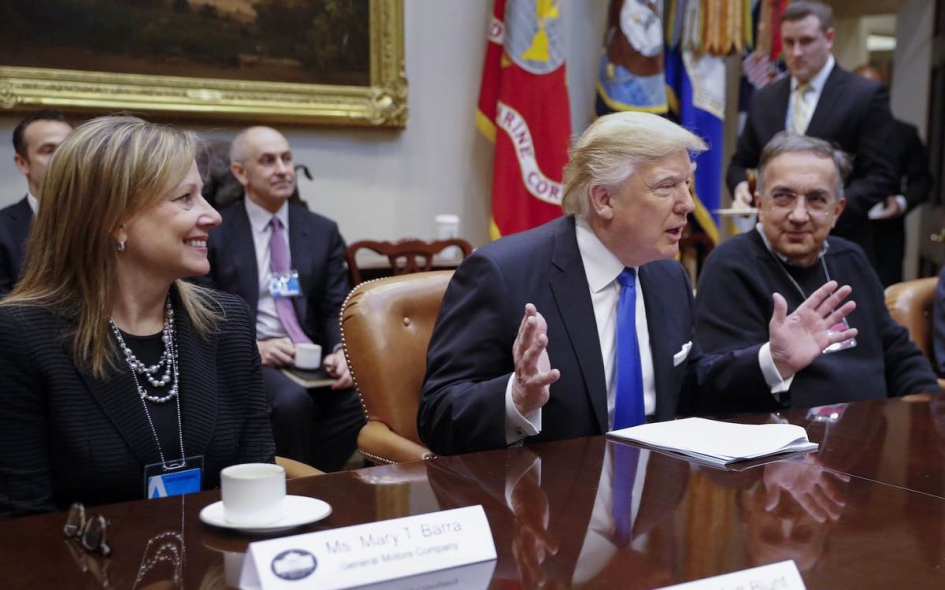 BLOOMBERG
Marchionne and other auto chiefs meet with President Trump in January, 2017.
Share 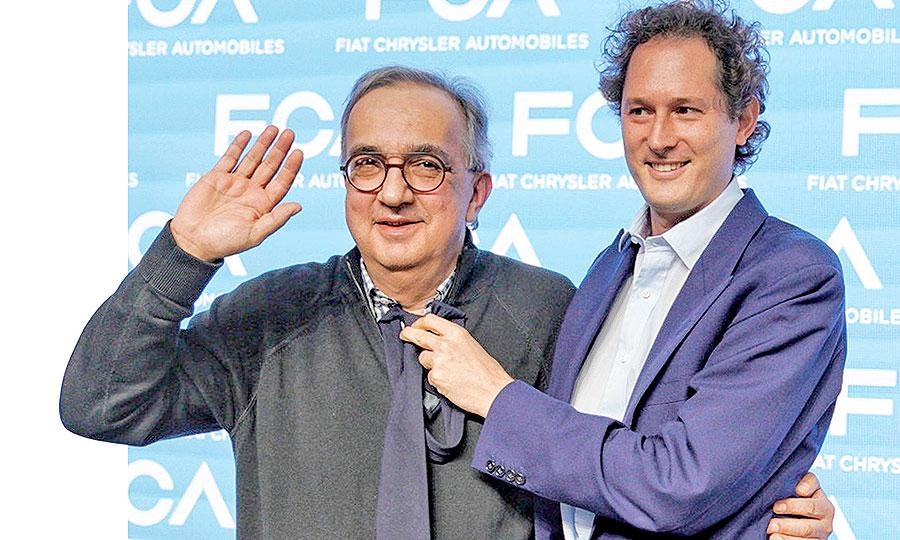 REUTERS
Sergio Marchionne wore a tie on June 1, 2018, to celebrate FCA's net cash position. He later ditched it, but Agnelli family scion John Elkann held it like a trophy.
Share 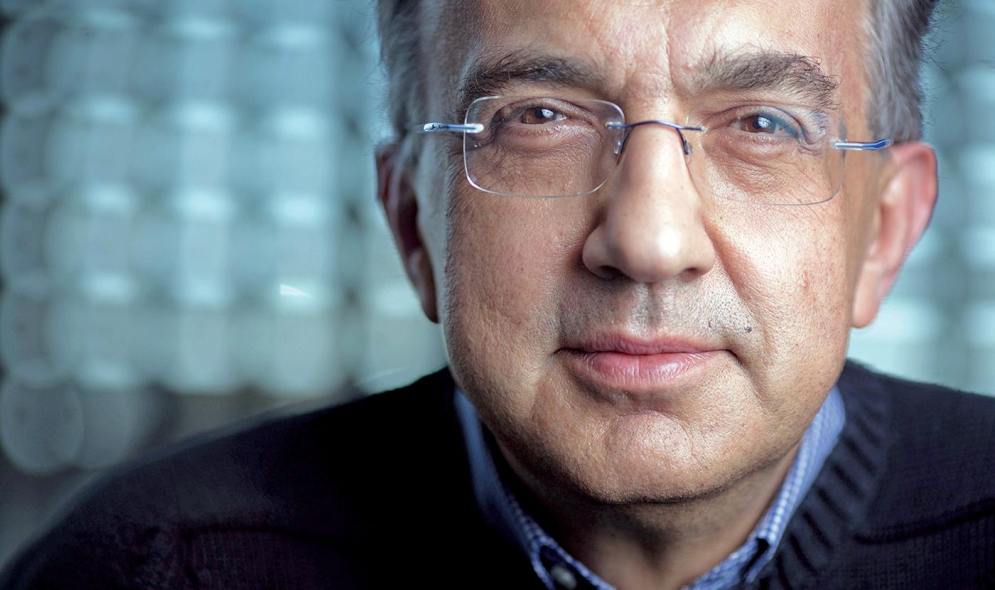 BLOOMBERG
"We hadn't seen anything like you. You took $2 billion, roughly, and you've turned it into around $72 billion, and more important than that, there are many hundreds of thousands of families across many nations that are better off because of you and your team."Adam Jonas, Morgan Stanley, to Sergio Marchionne during an FCA call with analysts in January, 2018

Over 14 years at the helm of what’s now Fiat Chrysler Automobiles, CEO Sergio Marchionne transformed a middling European automaker into a global giant. Here is a timeline of some key moments during his tenure.

Marchionne, then serving as CEO of goods inspector SGS SA, is appointed CEO of Fiat. He pledged to complete a turnaround plan initiated by his predecessor to end years of losses, and soon made plans to revamp Fiat’s organization to make it more efficient.

Marchionne extracts $2 billion from General Motors Corp. to end a dispute over the ownership of their Fiat Auto joint venture, and makes plans to terminate other alliances with the U.S. automaker.

Fiat takes ownership of Chrysler assets, pledging to re-open factories idled during its U.S. government-steered bankruptcy. Marchionne commits no cash, instead pledging to share engineering resources and technology with the struggling U.S. company.

Fiat spins off its industrial assets as a precursor to creating a global automotive company, combining its own operations with Chrysler’s.

Ferrari NV, with Marchionne as chairman, begins trading in New York with a market value of about $10 billion. That success came after GM rebuffed attempts by Marchionne to instigate a merger that would create the world’s largest automaker.

Marchionne unveils a five-year plan for Fiat Chrysler, aimed at doubling profit and restoring dividends for the first time since the 2014 merger. The company also plans to invest 9 billion euros ($11 billion) in electrifying its fleet through 2022.

With his health faltering, the 66-year-old is replaced with Mike Manley, head of the Jeep and Ram brands, who led a successful global expansion of Jeep. Marchionne’s worsening condition accelerated the succession.

FCA board prepares to discuss succession during Marchionne's medical leave

Marchionne's flair for theatrics made him an exciting CEO to cover

Former Nissan director Kelly could get powerful ally in next ambassador to Japan
Highlights from 'Daily Drive', October 8-14
Sponsored Content: What is lease-to-own (LTO)
Sponsored Content: Crisis as a Catalyst for Change: How automotive companies are thinking about and building a resilient supply chain capable of powering a future of electric vehicles