A flair for theatrics made Marchionne an exciting CEO to cover 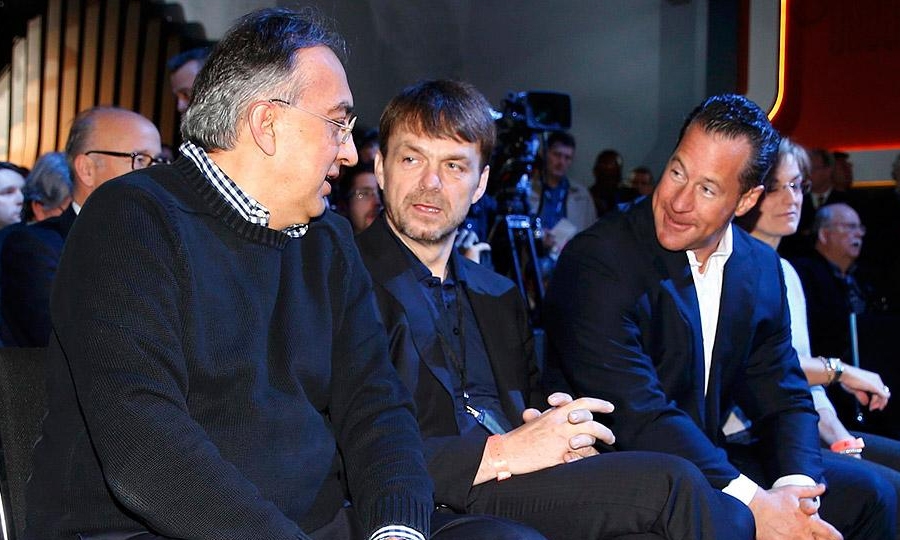 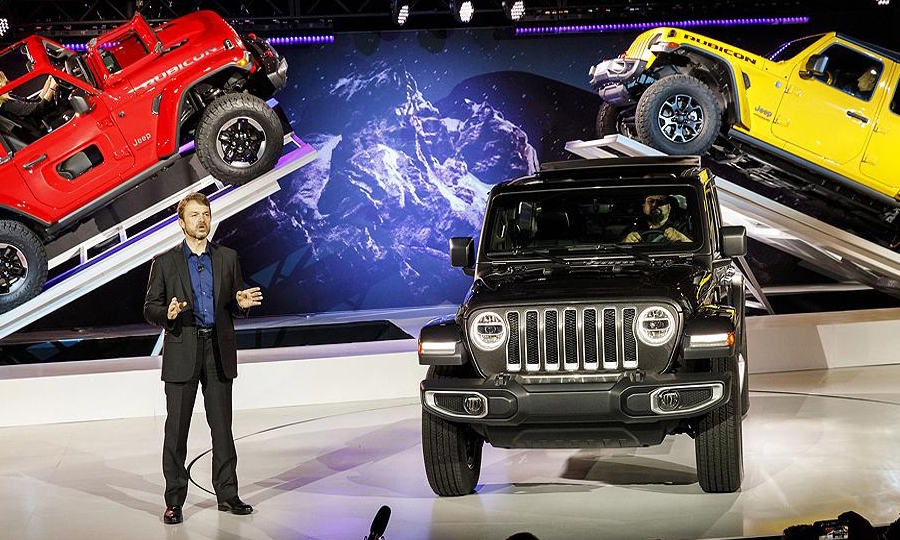 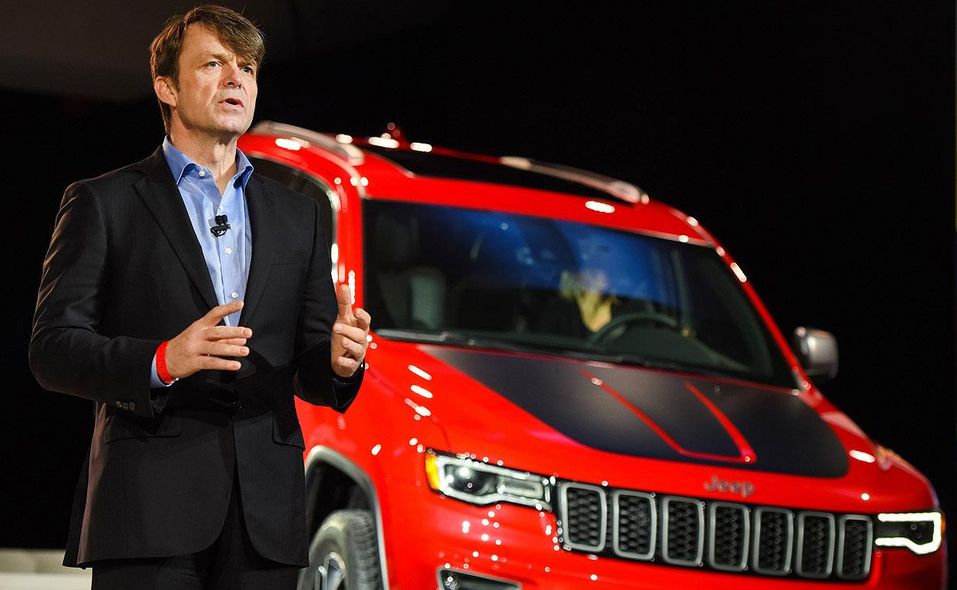 CEO Mike Manley already has a full plate of issues to deal with at FCA.
Share

FCA
FCA North America released outtakes from a 2016 men's health campaign, in which Manley posed before a Jeep with a mustache ...
Share 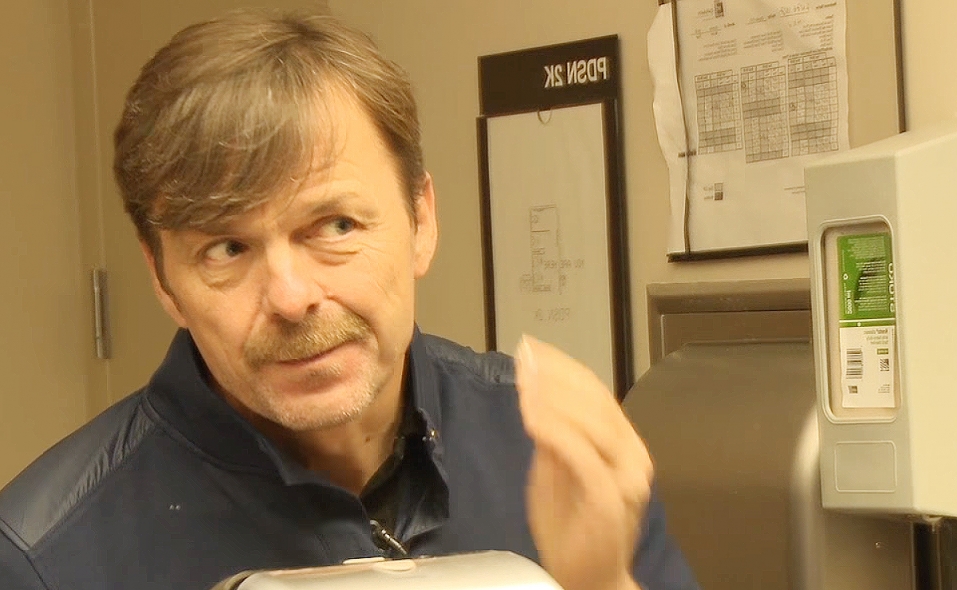 FCA
... then shaved his beard and mustache to join in the Movember Foundation campaign.
Share 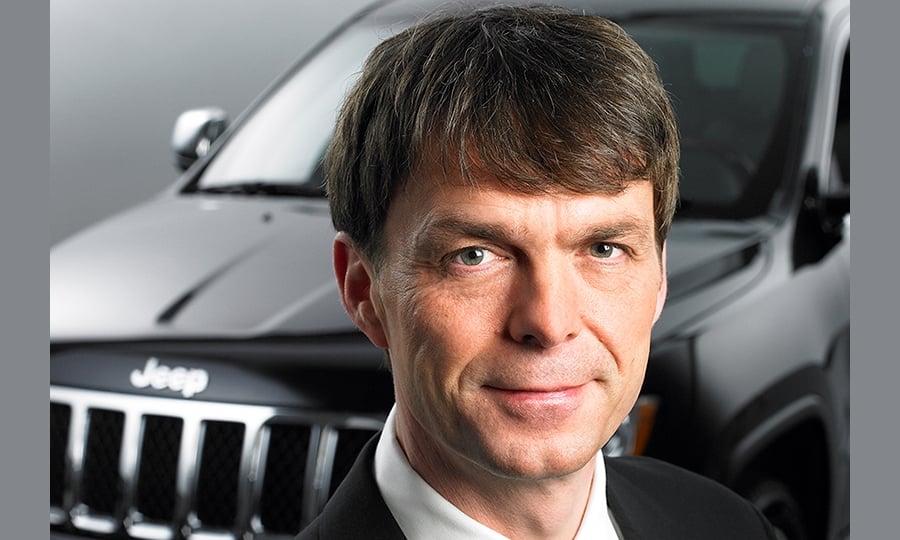 Larry Vellequette, Jason Stein and I plopped down with Sergio Marchionne at the Chrysler House in Detroit on August 21, 2015 for the weirdest, wildest, most entertaining interview of my Automotive News life.

For almost three hours we received the full treatment -- an endless, sometimes brilliant flow of facts, allegations, jokes, statistics, insights, parables, metaphors, sarcasm, punctuated by gestures and a splendid repertoire of facial expressions, and some of the saltiest language I'd ever heard from a CEO.

It was refreshing as hell -- much of it off the record, sadly.

FROM OUR ARCHIVE: Industry on trial

Near the end of the interview, which took place on a Friday afternoon, Marchionne offered us a beer -- right there in his office. Personally, I wanted to accept, but we were there on official journalistic business.

He was the most remarkable fellow to ever run a global car company and, as far as I'm concerned, the one who did the most with the least. Fiat and Chrysler were each a house of cards built on sand in a wind tunnel when he took them over. But Marchionne, always underestimated, rose to the level of great events.

He's the CEO of the Century in the auto industry, so far at least, and 80 years from now he may still be. He has been FCA's revered, infallible spiritual leader and guide, a rigorous and premeditated calculator of chance and opportunity. He saw opportunity at bankrupt Chrysler in 2009 and pretty quickly had the company teetering on the edge of stability.

Yes, as a boss he subscribed to the absolute monarch/submissive slave theory of management. He was subject to transports of rage, could wordlash his forces into a frenzy, and had a skin so thin sometimes it made you gulp. But he also had a helpful, theatrical streak and he could fill a room with side-splitting one-liners.

He took Chrysler by the scruff of the neck and achieved its turnaround, but it was always a struggle, always required his skills as an arch-conjurer. In time, he grew frustrated with the business of investing billions for a sprinkling of profits. In the spring of 2015, Marchionne penned a 25-page PowerPoint presentation called "Confessions of a Capital Junkie," and on a famous financial call spent 30 minutes walking analysts through his ideas. Wittily and definitively, he explained why the auto industry, as structured, was unsustainable.

His thesis: Automakers spend more money on product development and create less value for both customers and shareholders than any other industry.

Consolidation was needed. He dashed off a letter to Mary Barra seeking merger talks.

"I courted them and I was rebuffed, rebuked, rejected," he told us in the interview. "I was told to go pound sand."

It seemed CEOs of other companies were reluctant to negotiate one-on-one with the crafty FCA boss. We asked him about that.

"If you're Mary, you should be scared shitless of me," he said.

Then Marchionne reconsidered his answer.

He warned that Asian automakers were coming to the U.S. as buyers. It was partly why he felt FCA and GM should join forces.

"I think you need to make a decision as to whether you want that to happen in the United States or not," he said. "If you don't, then I think that the Asian alternative is inevitable, and it will happen. Can I defend FCA against an invasion? The answer is no. Can a combined entity of two guys who are ruling the roost do it? Probably."

When Marchionne arrived at Fiat in the summer of 2004, the company had been through a succession of five-star executives brought from the outside. I thought the one who might transform Fiat was Paolo Fresco, the Italian acolyte of GE's Jack Welch. But it was too much for all of them.

When Marchionne -- a no-name -- was called in with his less than eye-popping resume, it felt like the Agnelli clan had simply run out of top-shelf CEO candidates to choose from.

But, holy cow, did we ever underestimate the guy. And we did it again when he came calling for Chrysler. Daimler and Dieter Zetsche had failed. Neither could Cerberus and its own ex-GE star, Bob Nardelli, move that mountain. The No. 3 American company looked ready for the dustbin of automotive history.

Marchionne weighed the odds, then set about to out-work and out-strategize his competition.

He was omni-competent, a storehouse of knowledge who dropped down into the details during those overnight transatlantic flights. Though new to the car business, he became an expert in product minutiae, all the while remaining the industry's preeminent, big-picture financial theorist. He was like the stonemason who never lost sight of the cathedral.

The fascinating thing is that if Fiat and Chrysler had not been in such desperately lousy condition, if they had not been hopeless causes, a punk like Marchionne would never have been given chance to run them.

He was way too nonconformist to rise through the ranks of giant automotive bureaucracy. Marchionne needed a floundering Fiat and a crumbling Chrysler as much as they needed him.

It's only natural that white-shoe GM would reject him and his overture.

Regarding "Confessions of a Capital Junkie," Marchionne may yet be proven right. But at one point during our interview, as he discussed his great cause, he threw up his hands.

"It's not going to be my problem," he said. "I'm 63. I can do this for another five years if you push me, right? Beyond that, I ain't gonna do it, and I don't want to. I mean, my purpose in life is to find the Kuniskises of the world, the Manleys, the Biglands, the Palmers. I've got a crew of kids that is growing properly.

"I would will still be afraid today to let them alone into the woods because they'll come back with an [expletive] bloody nose and no legs, but there's going to be a point in time in which I'm going to have to let them go, right, into the woods, alone."

What dealers, union leaders are saying about FCA's new CEO

John Elkann: 'Saddened to learn of Sergio's state of health'

Illness ends career of Sergio Marchionne, the CEO who liked to fix things