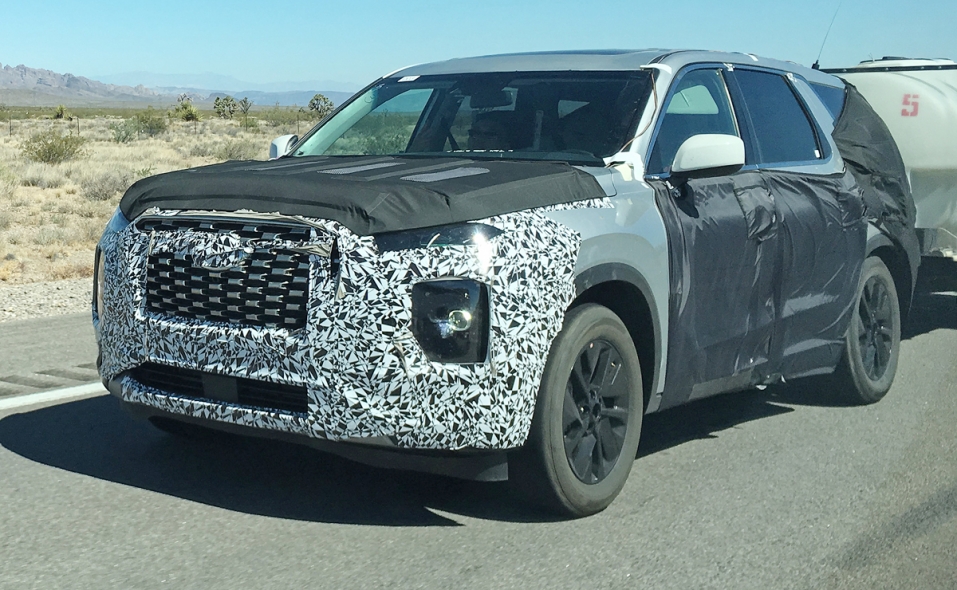 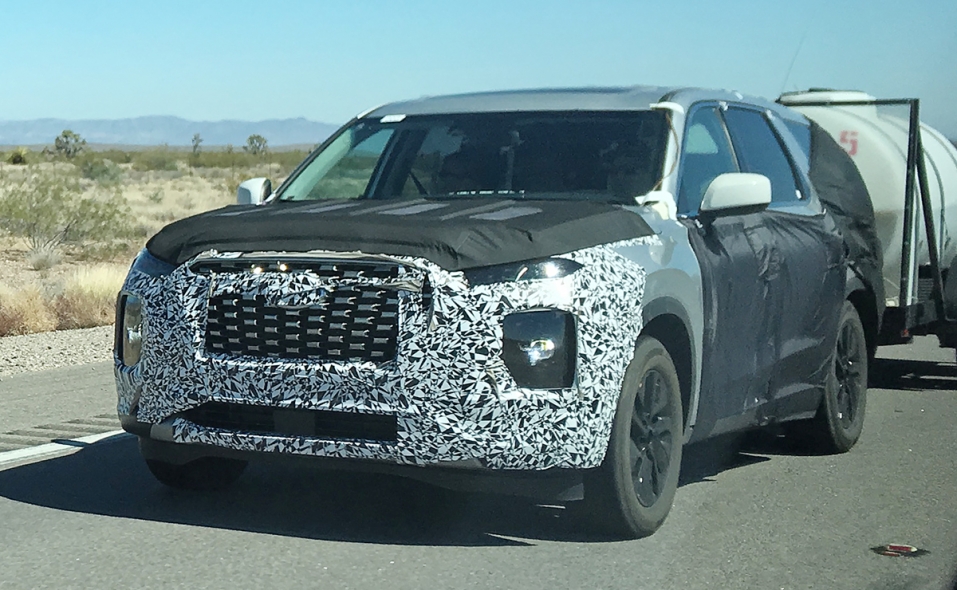 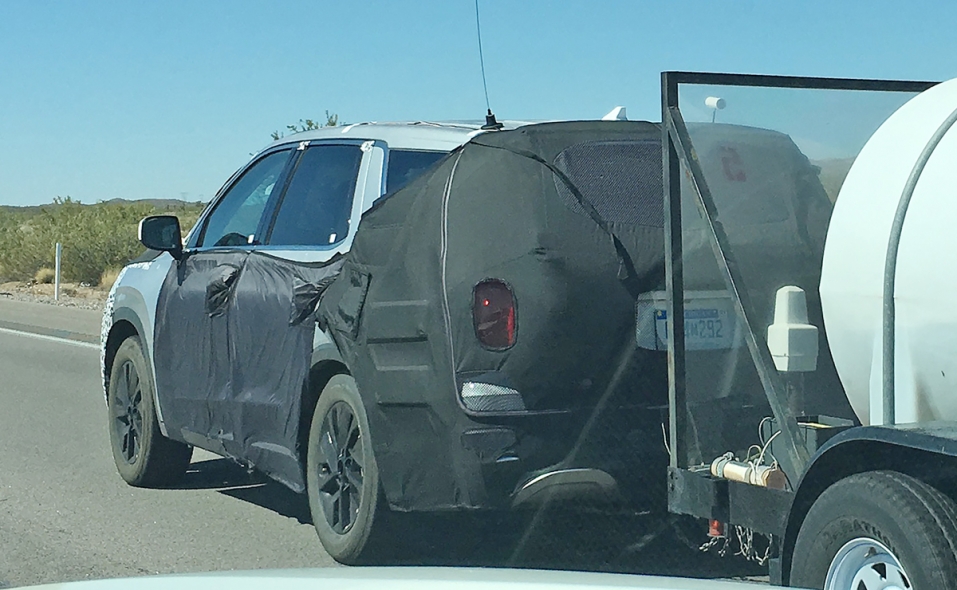 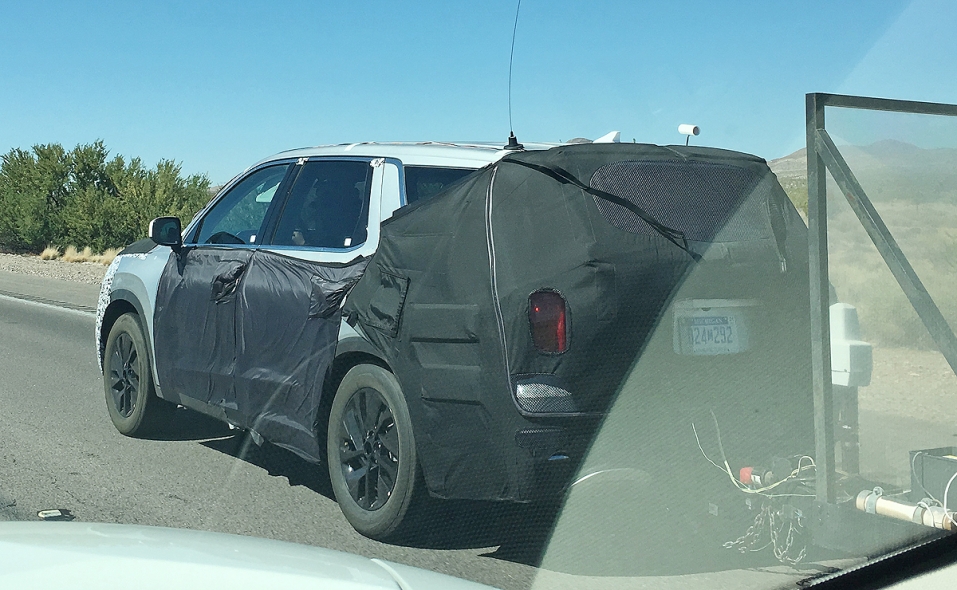 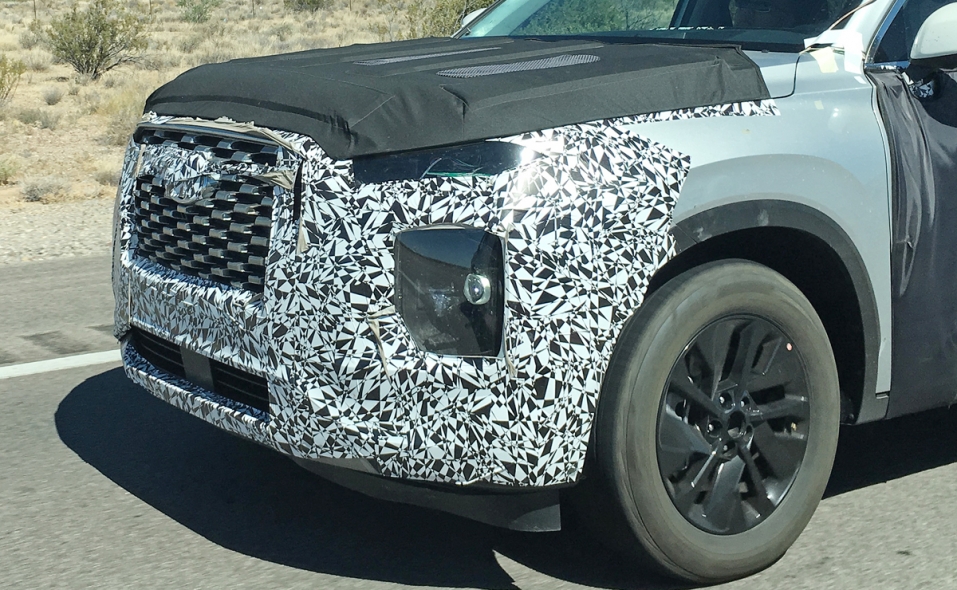 Hyundai's big-bodied answer to the Ford Explorer, Toyota Highlander and Chevrolet Traverse has been spotted again by a spy photographer in Arizona.

The Palisade, an eight-seat crossover, is built on a new platform that's front-wheel-drive-based but will offer optional all-wheel-drive capabilities.

It is similar in size to Kia's Telluride three-row crossover concept that will also go into production.

The Palisade will be the biggest Hyundai crossover since the Veracruz was dropped in 2013. It will slot above the Santa Fe and replace the three-row, eight-passenger Santa Fe XL after the 2019 model year.

The Palisade will become Hyundai's fourth unique crossover nameplate after the Kona, Tucson and Santa Fe.

U.S. sales of large crossovers rose 15 percent in 2017, making them one of the industry's hottest light-truck segments. U.S. sales across the segment have jumped 13 percent this year through May.

The chrome-coated grille on the Palisade stands out more than the understated, blacked-out look of the new Santa Fe, Kona and Veloster.

Its official debut is slated for sometime in 2019.