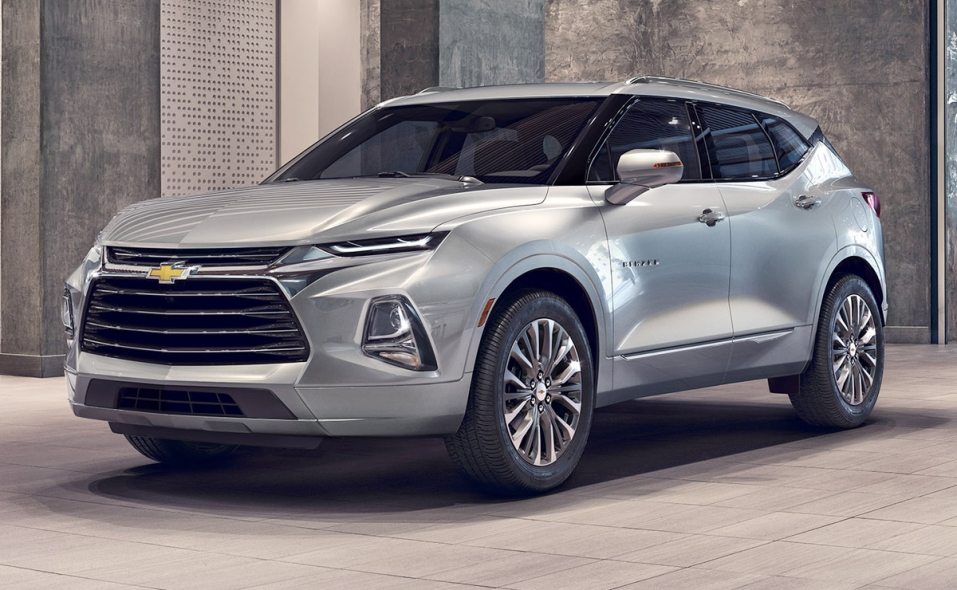 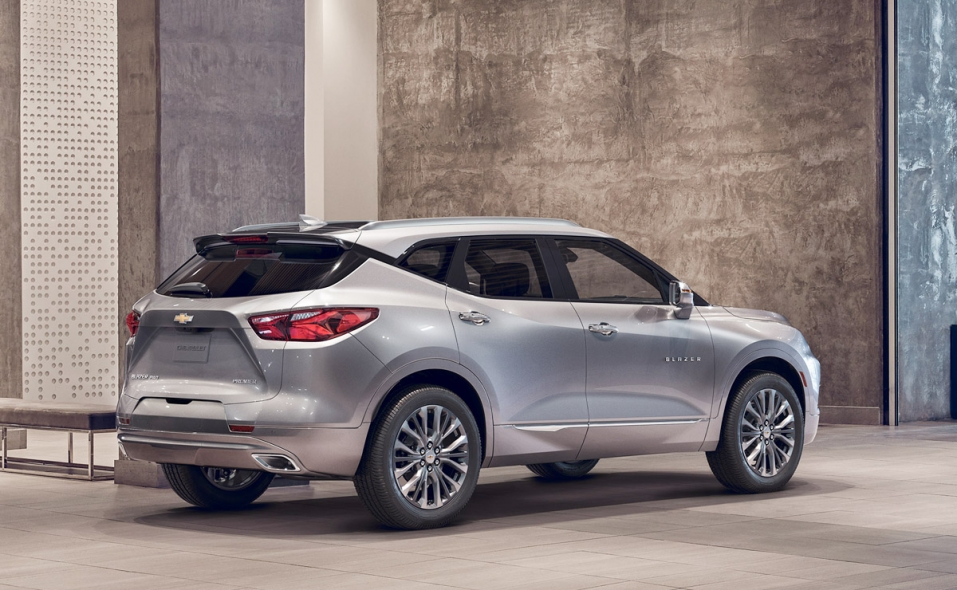 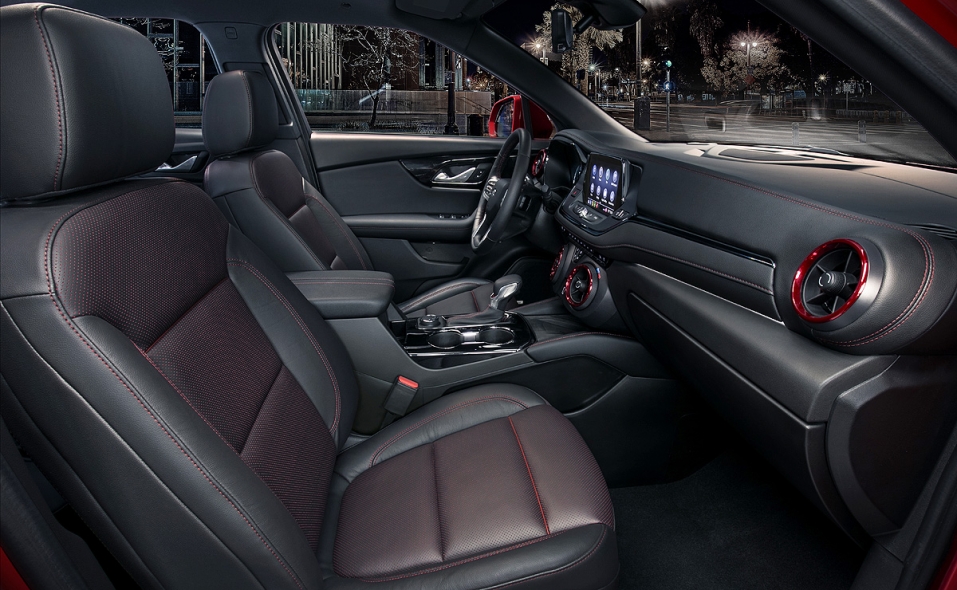 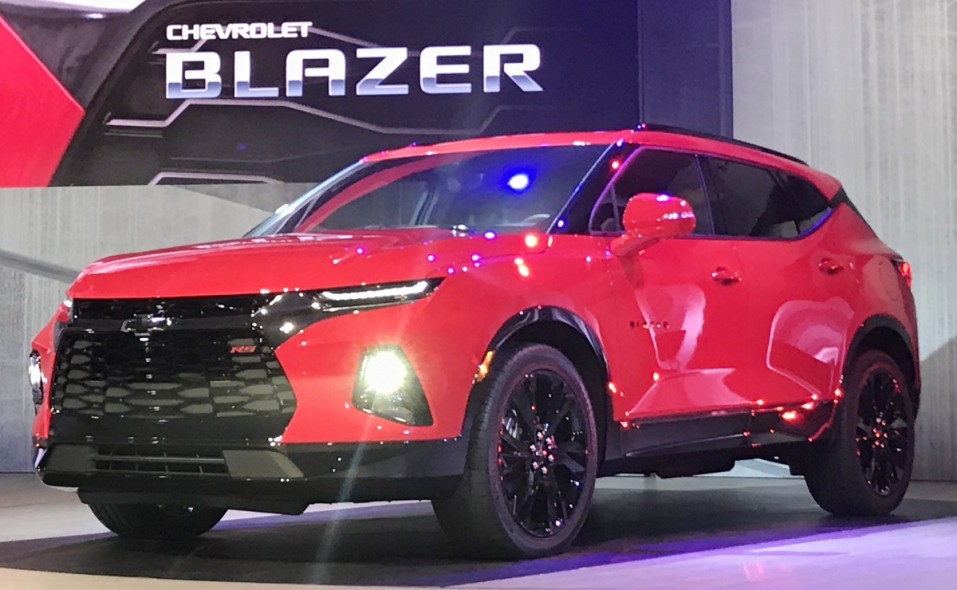 The midsize Chevrolet Blazer crossover is expected to go on sale in January.
Share 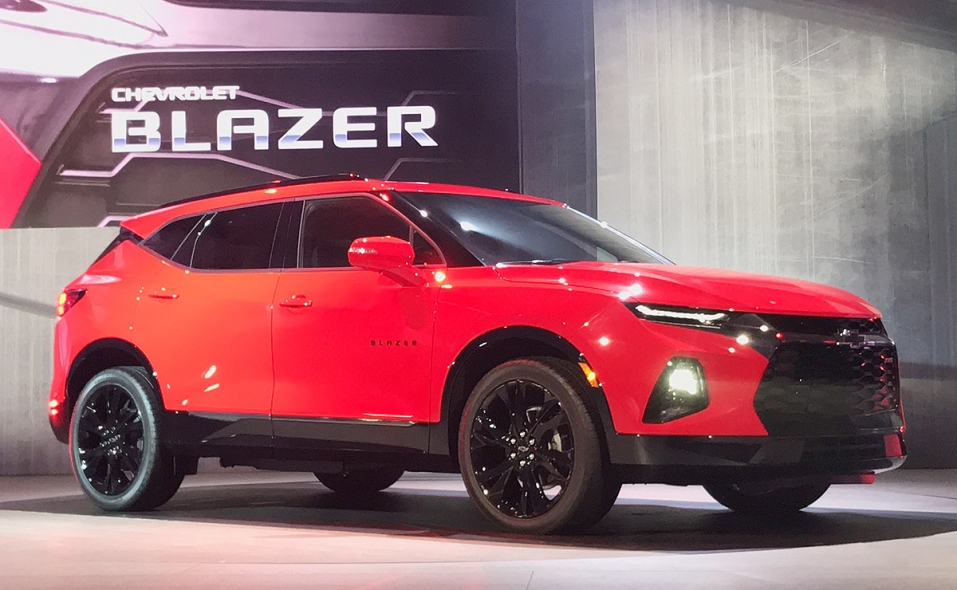 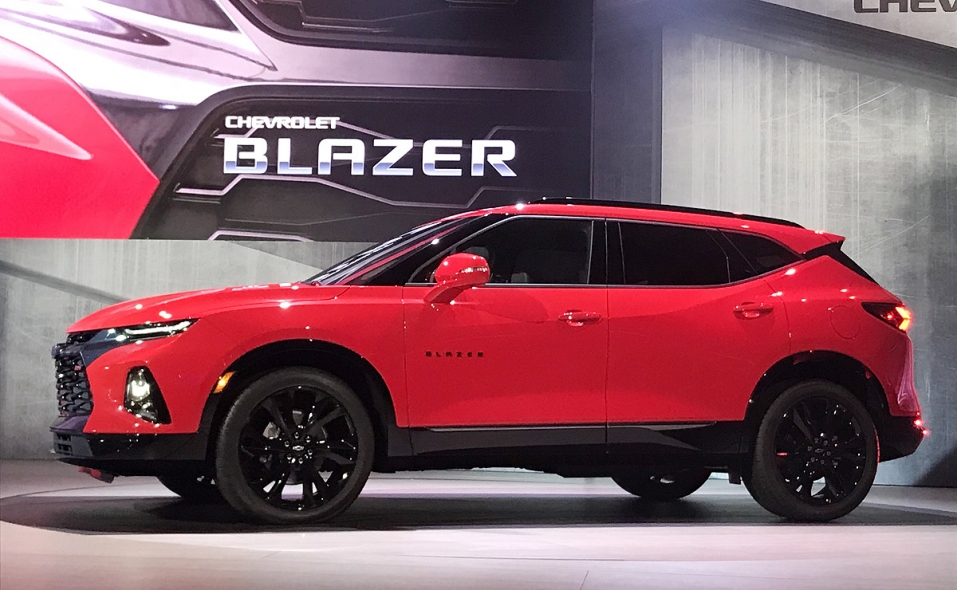 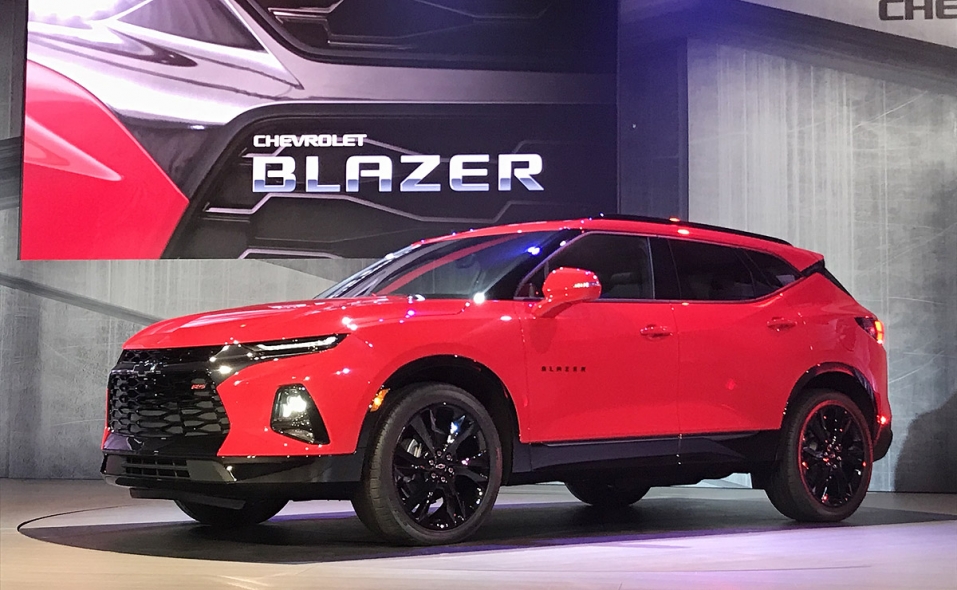 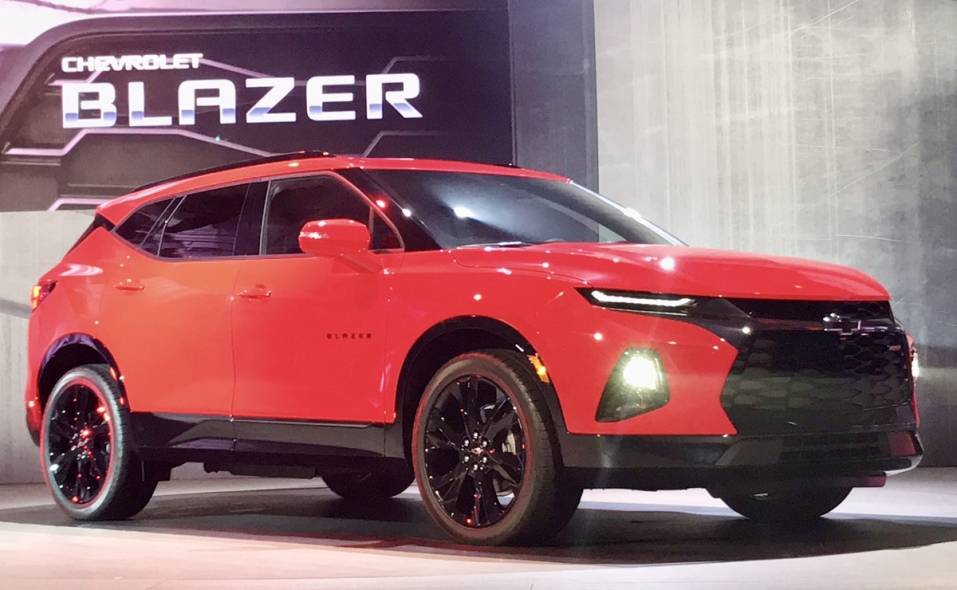 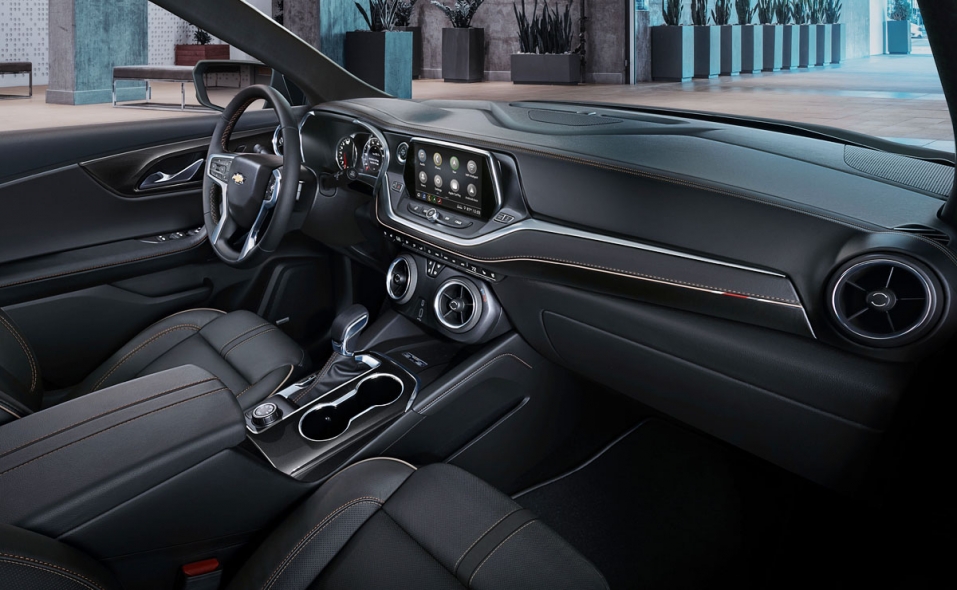 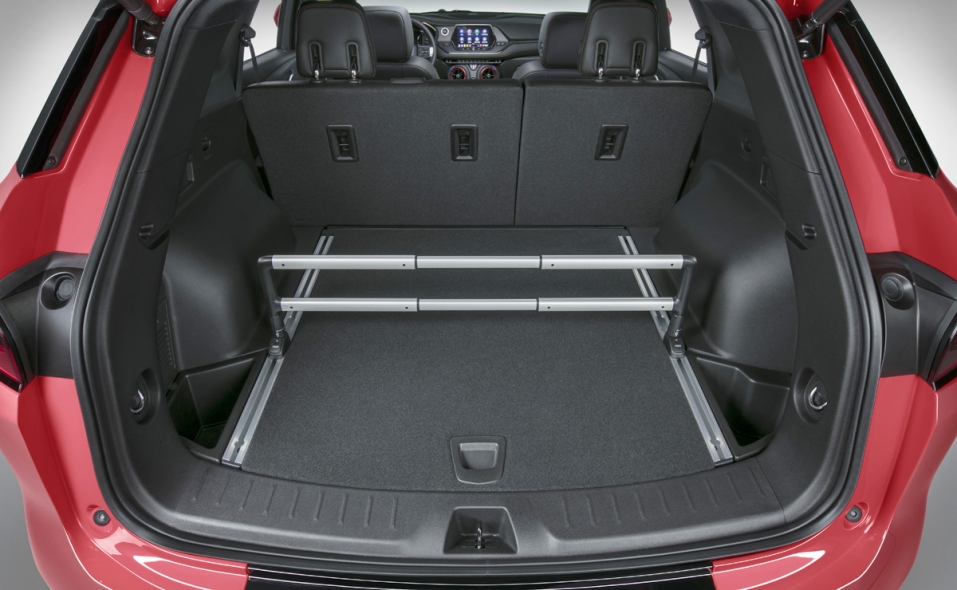 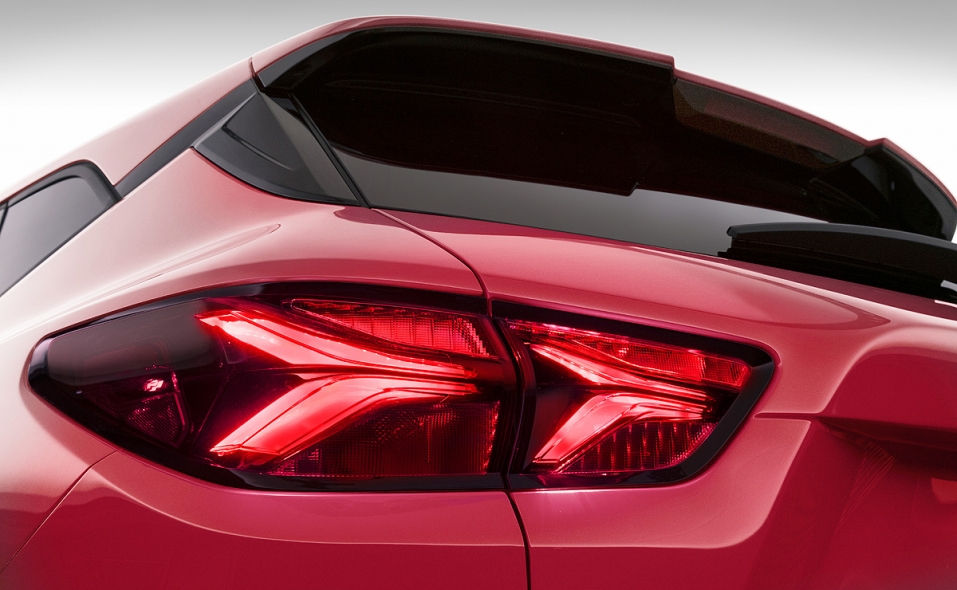 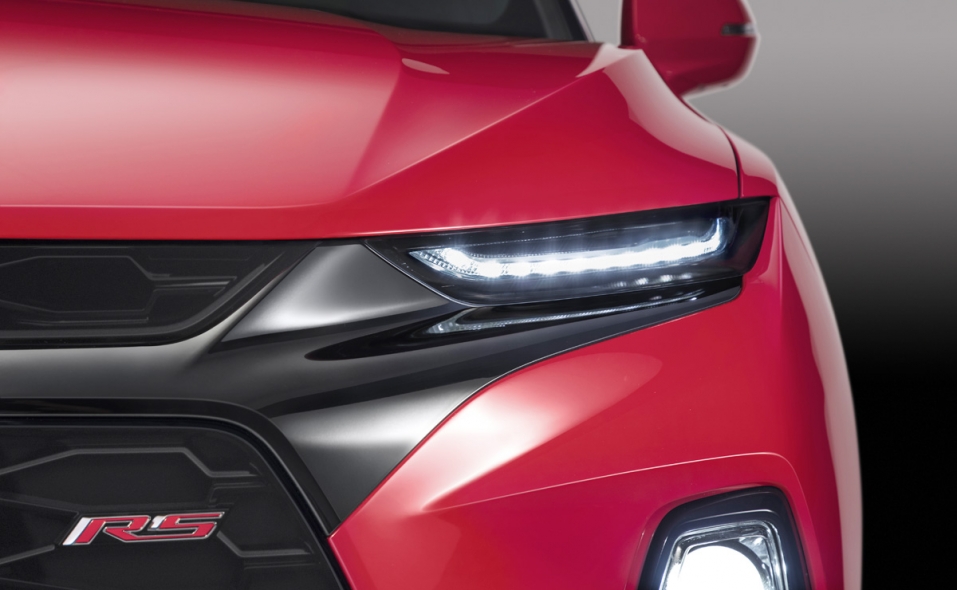 ATLANTA — The Chevrolet Blazer has come full circle. The longtime body-on-frame SUV has turned into the kind of vehicle that helped kill it more than a decade ago.

General Motors last week unveiled the 2019 Blazer as a midsize crossover for a new generation of buyers seeking a sportier, tech-savvy utility vehicle over its boxier, rugged predecessors.

The Blazer was unveiled Thursday amid circumstances similar to those when GM stopped producing the nameplate in 2005: rising gasoline prices and surging crossover demand. But this time, it's on the opposite end of the spectrum when it arrives in showrooms early next year.

"This segment used to be dominated by body on frame. It's not there anymore. It's a different segment. It's a different customer, wanting different things," GM North America President Alan Batey said. "So, it's a different time. What we've tried to do is not try to get stuck in heritage but to really deliver a Blazer for today and tomorrow."

U.S. consumers are migrating from cars to crossovers, and Chevrolet hopes to capture more of those buyers by offering another utility in a key segment dominated by the Honda Pilot, Ford Edge, Nissan Murano, Hyundai Santa Fe and Subaru Outback.

From 2013 to 2017, U.S. sales of midsize crossovers increased 24 percent, according to the Automotive News Data Center. The segment has grown 4.4 percent more in 2018, through May.

The Blazer will slot between Chevrolet's compact Equinox and large Traverse crossovers — both of which were redesigned for 2018 and helped GM post record U.S. crossover sales last year.

Blazer buyers should not expect the vehicle to be like its predecessors in function or design.

"Does the Blazer badge from the past have to walk forward and be the same vehicle in a new dress? No," Mike Simcoe, GM's global design chief, told Automotive News. "It's more about the character of the vehicle and what the vehicle's doing for people."

The 2019 Blazer will introduce a simpler trim strategy for the brand. Its three trims — base, RS and Premier — will offer "distinct styling," GM says, with differing grilles and chrome accents.

The five-passenger crossover has been designed to complement recent vehicle updates in Chevrolet's lineup but with a more aggressive, sculpted look. It features a prominent dual grille, similar in shape to that of the freshened 2019 Camaro SS, and sleek, horizontal LED daytime running lights between the headlights.

"Public awareness of the Blazer is still very high," he said. "Back to 'Finding New Roads' (the brand's tag line), it's a connection to the past with a forward-looking way."

Stephanie Brinley, IHS Markit senior analyst, agrees. "There's enough understanding that Blazers are utility vehicles to make it easy to quickly tell a consumer that's what this is," she said.

Brinley compared it to the 2011 Ford Explorer, which switched to a unibody platform from a frame with pickup underpinnings.

Powering the front-wheel-drive Blazer will be a standard 2.5-liter four-cylinder engine rated at 193 hp and 188 pound-feet of torque. A 3.6-liter V-6 engine also is available, offering 305 hp and 269 pound-feet of torque. Both direct-injection engines feature stop-start technology and are paired to a nine-speed transmission.

The Blazer's maximum towing capacity is an estimated 4,500 pounds with the V-6 engine.

GM will produce the Blazer at a plant in Ramos Arizpe, Mexico, alongside the Equinox and the Chevrolet Cruze hatchback. It is based on GM's C1XX regular-wheelbase crossover platform, which also underpins the Cadillac XT5 and GMC Acadia. A longer-wheelbase version is used on the Chevrolet Traverse and Buick Enclave.

Pricing will be announced closer to the start of production in the fourth quarter. In May, the average U.S. transaction price for new midsize crossovers and SUVs was $38,175, according to Kelley Blue Book.

GM introduced the K5 Blazer name in 1969 as part of the famed Chevrolet C/K truck family.

Since then, the automaker says it has sold more than 8 million Blazers, with annual U.S. deliveries routinely topping 200,000 from the mid-1990s through 2000, according to the Automotive News Data Center.