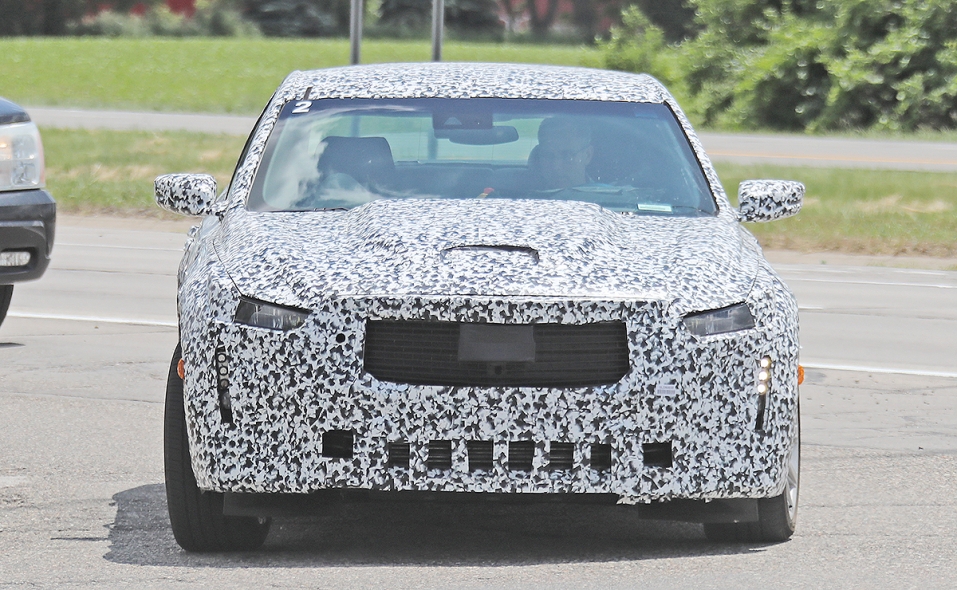 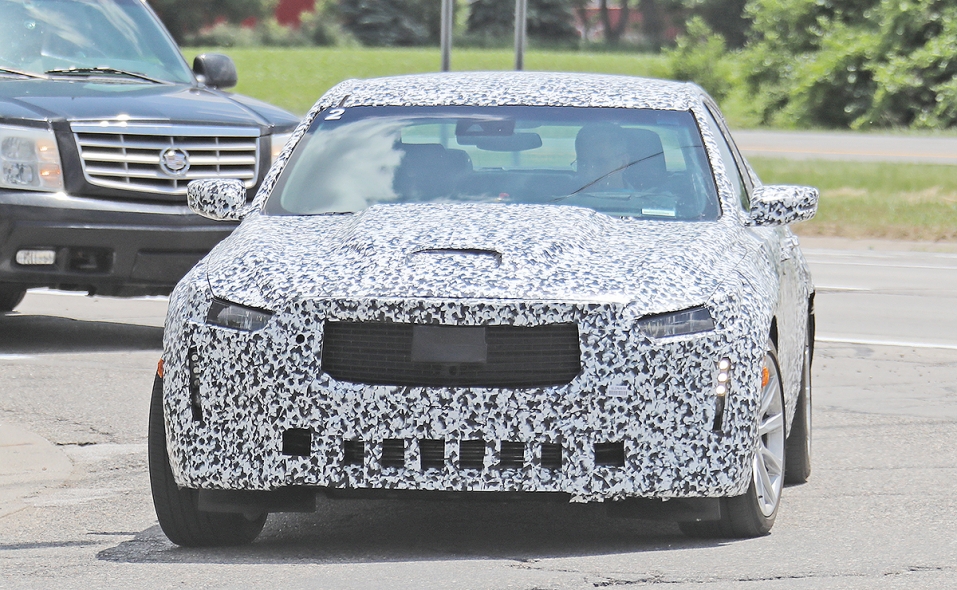 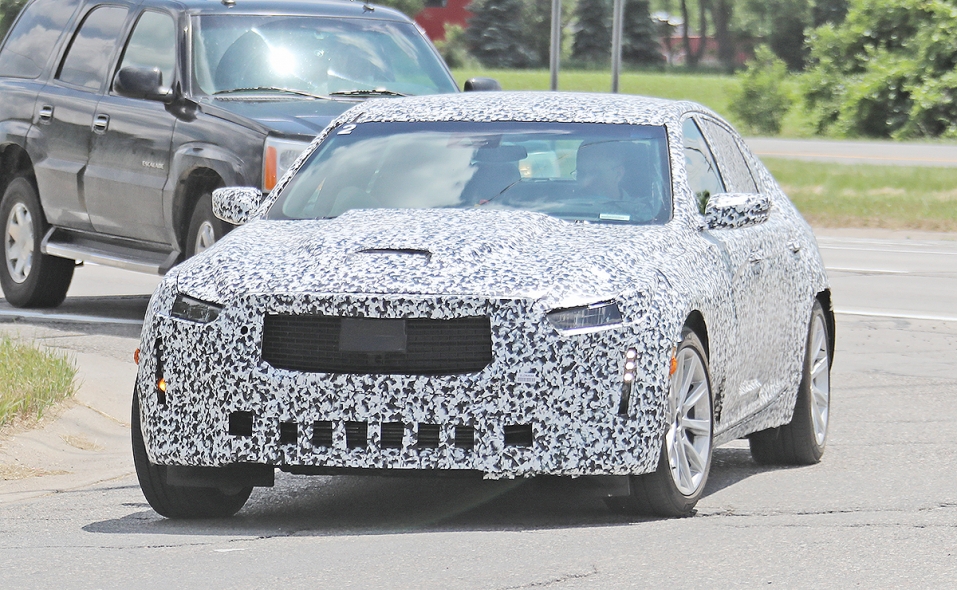 BRIAN WILLIAMS/SPIEDBILDE
The new Cadillac sedans are expected to be named CT5 and CT4. Pictured is a heavily camouflaged Cadillac CT5.
Share 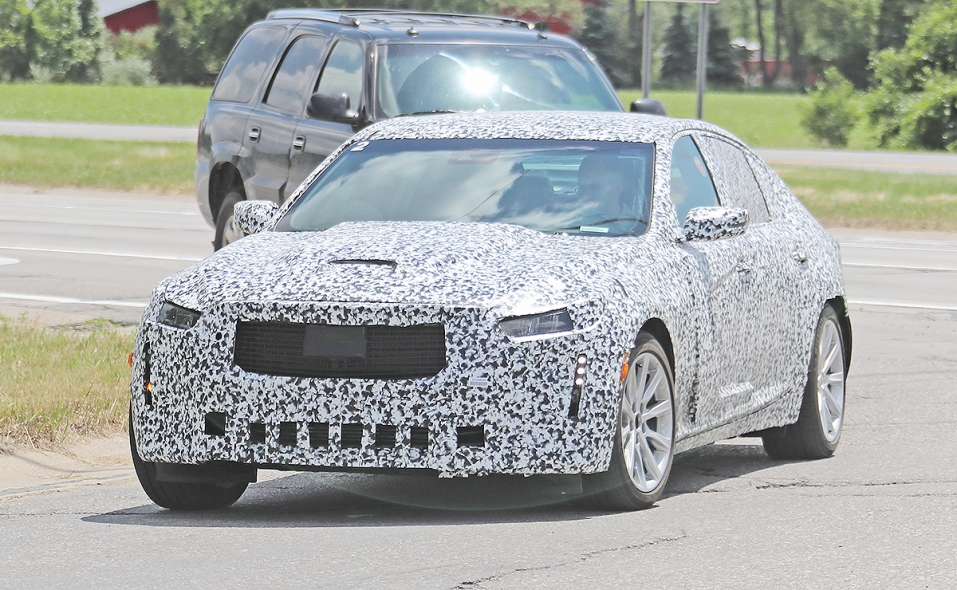 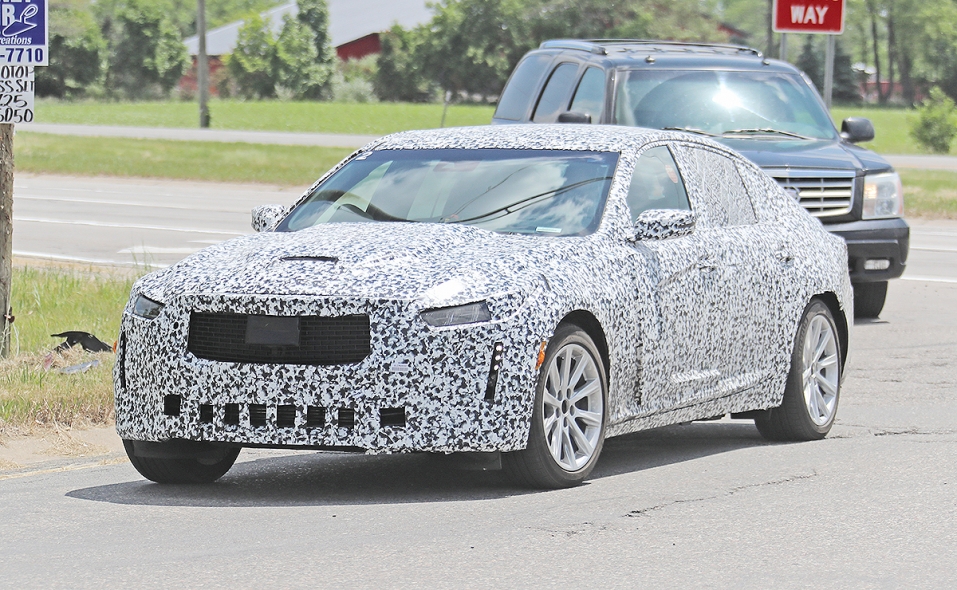 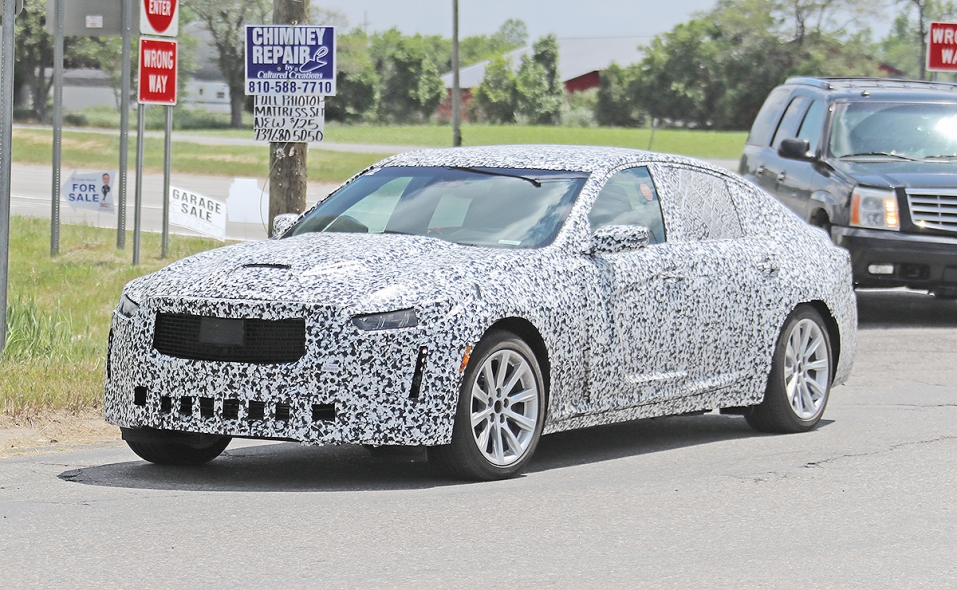 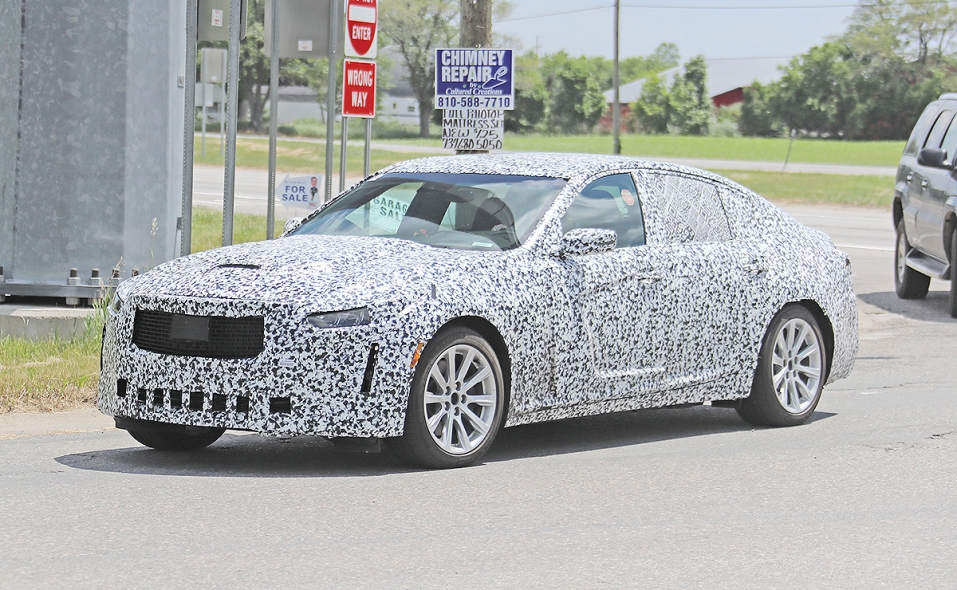 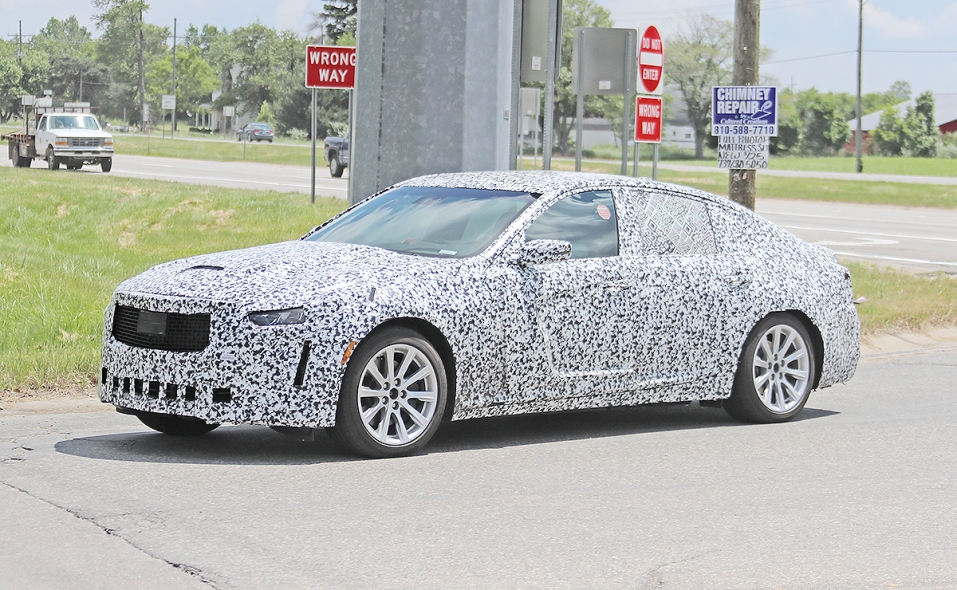 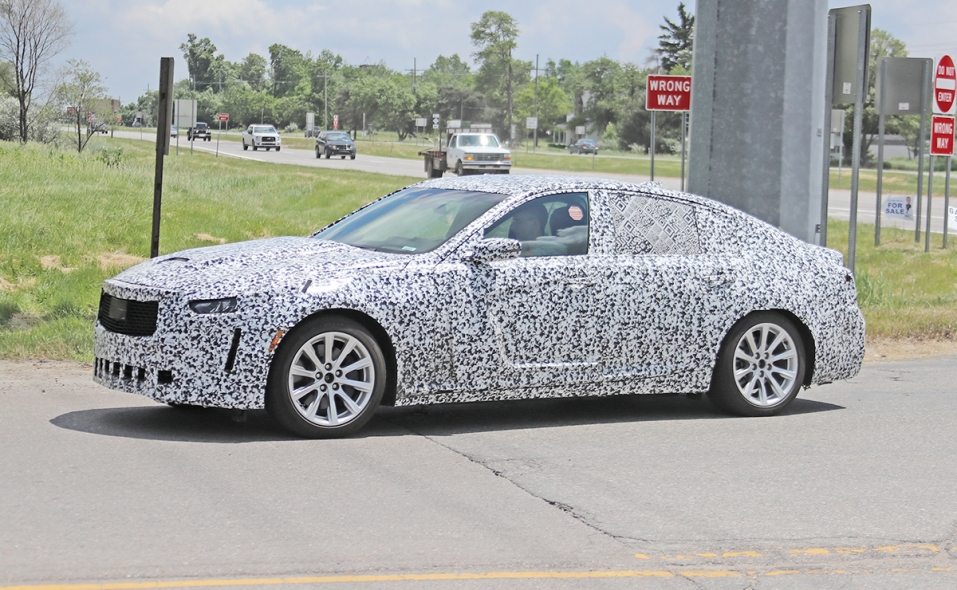 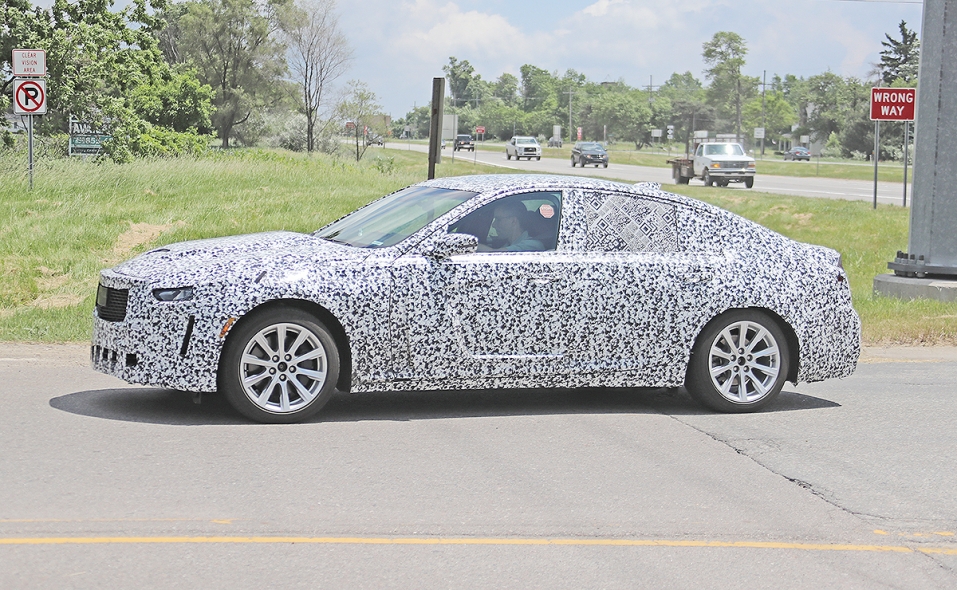 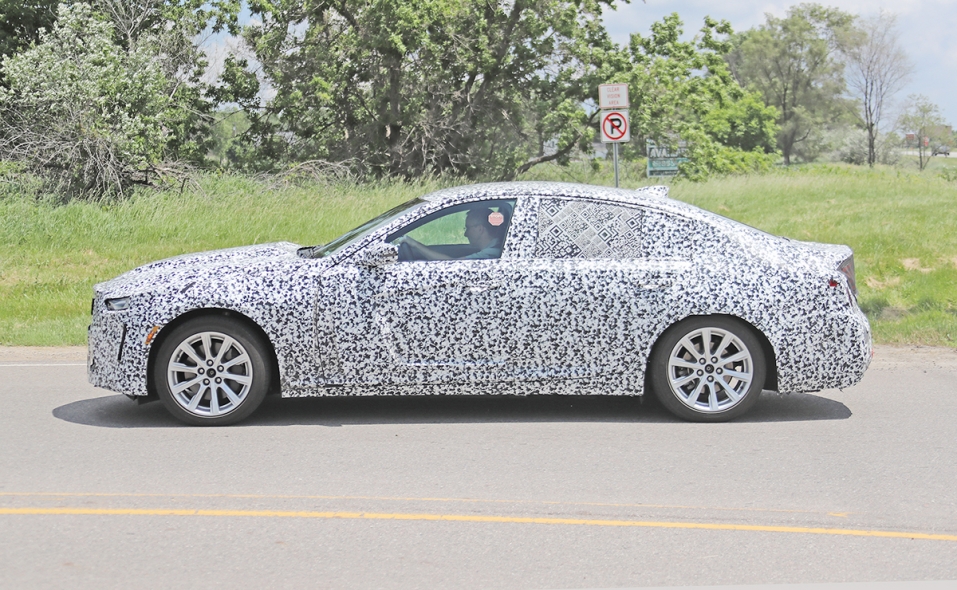 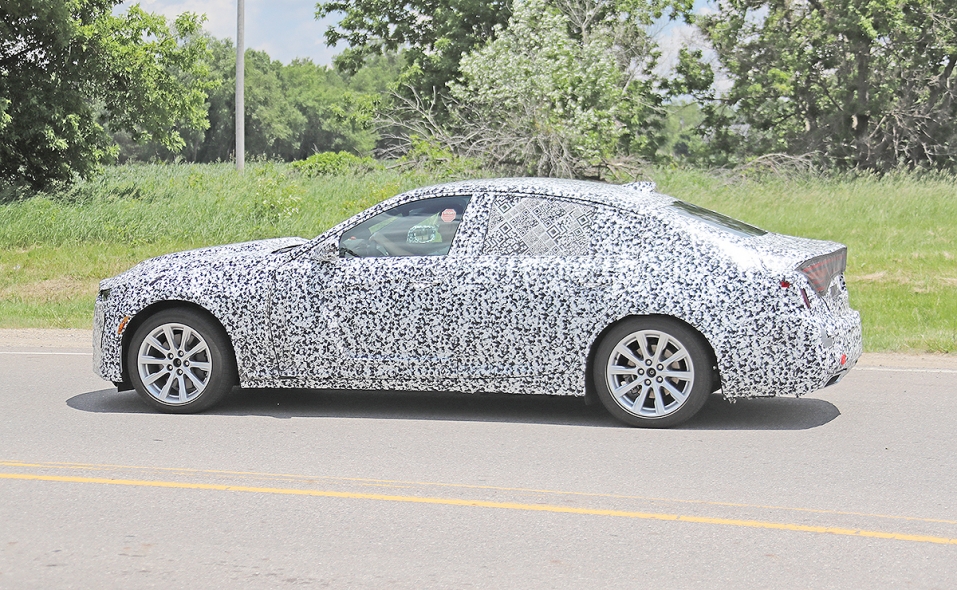 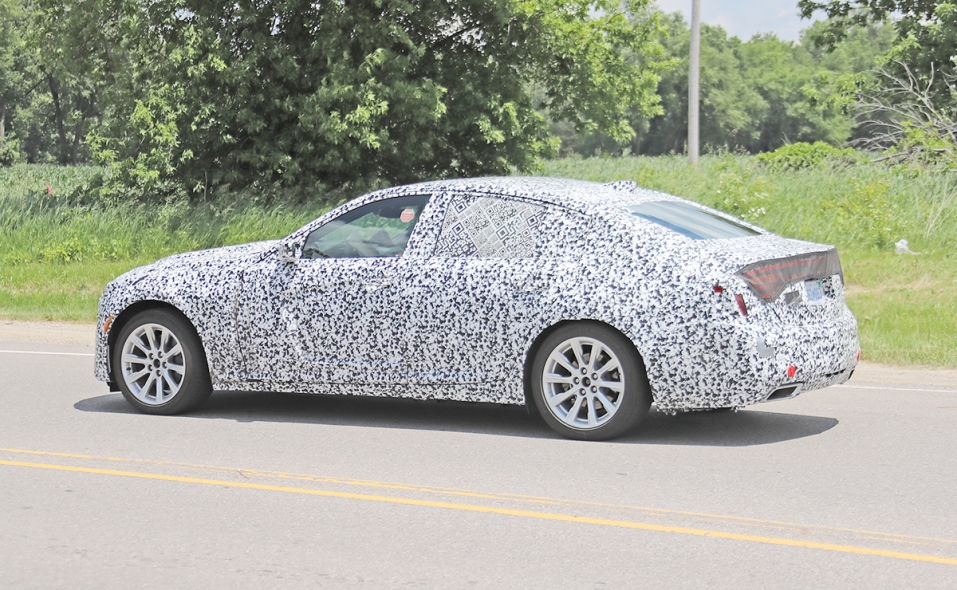 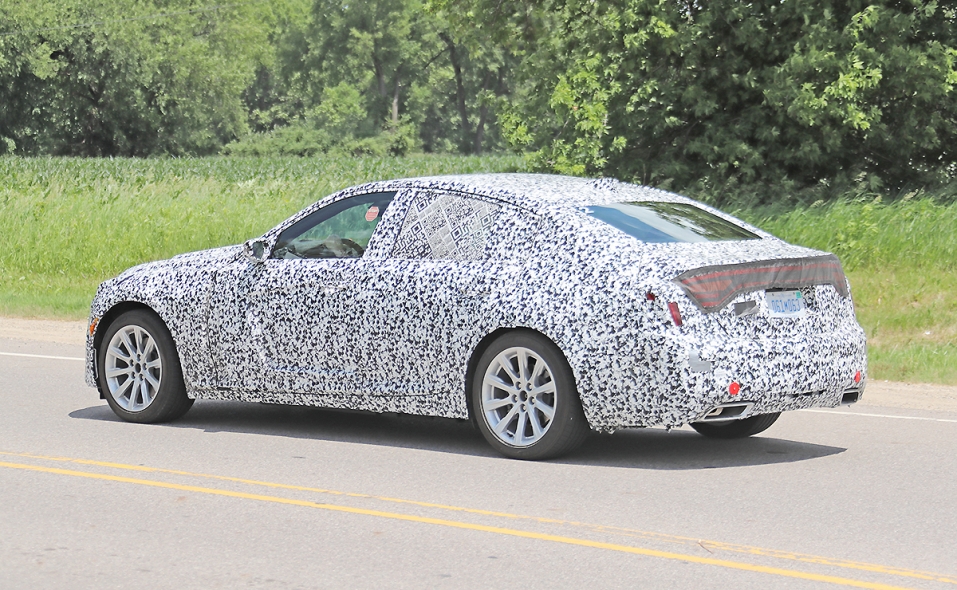 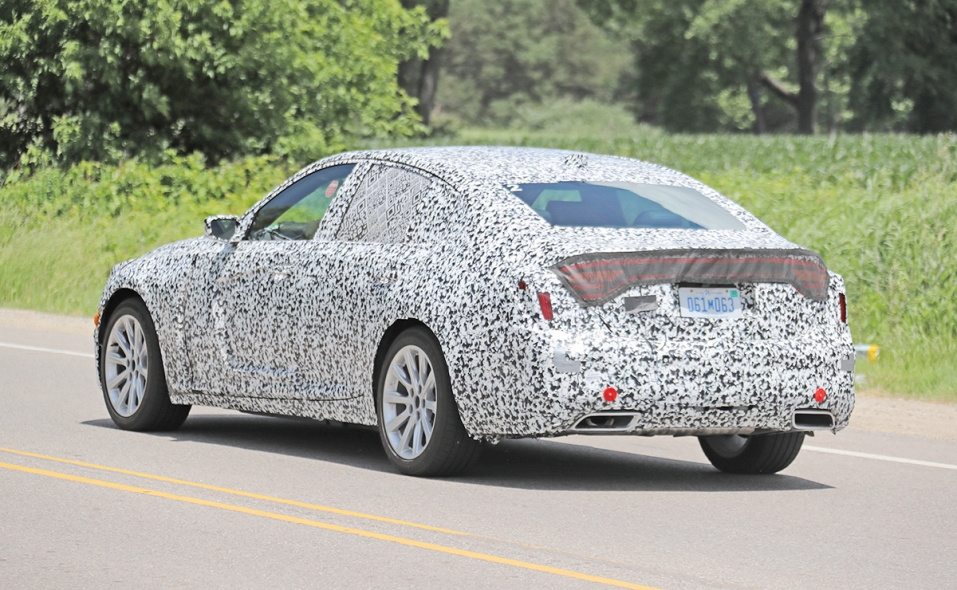 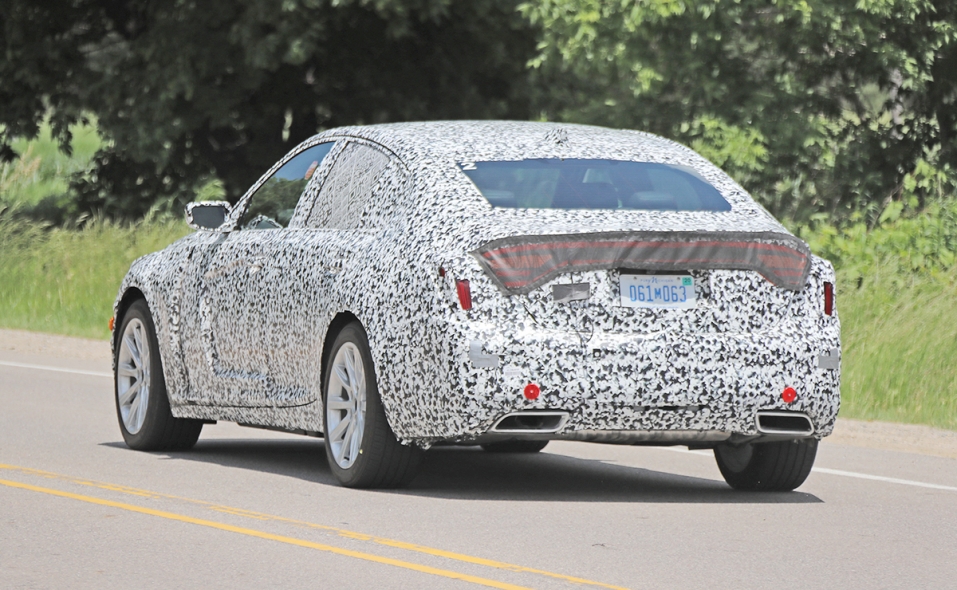 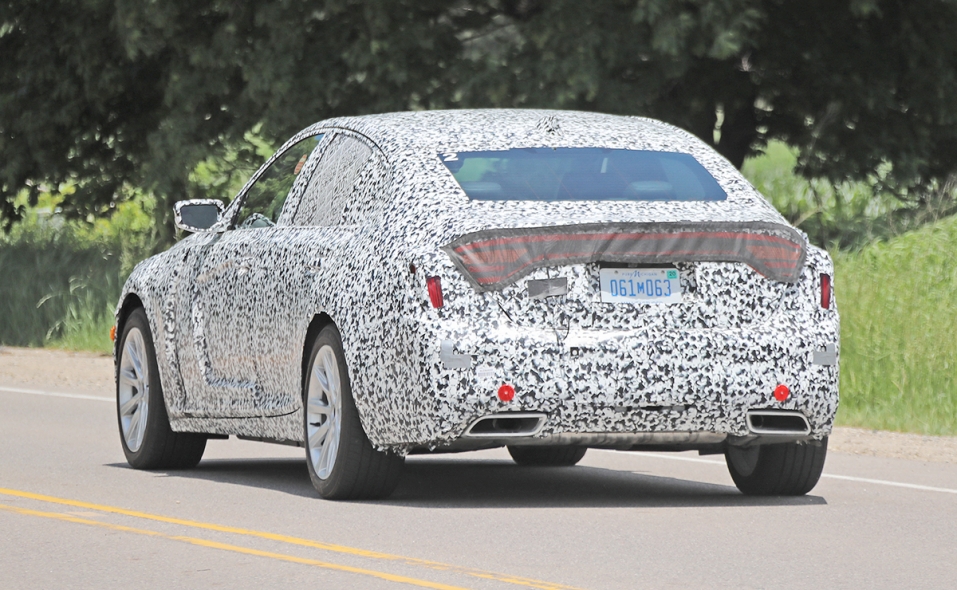 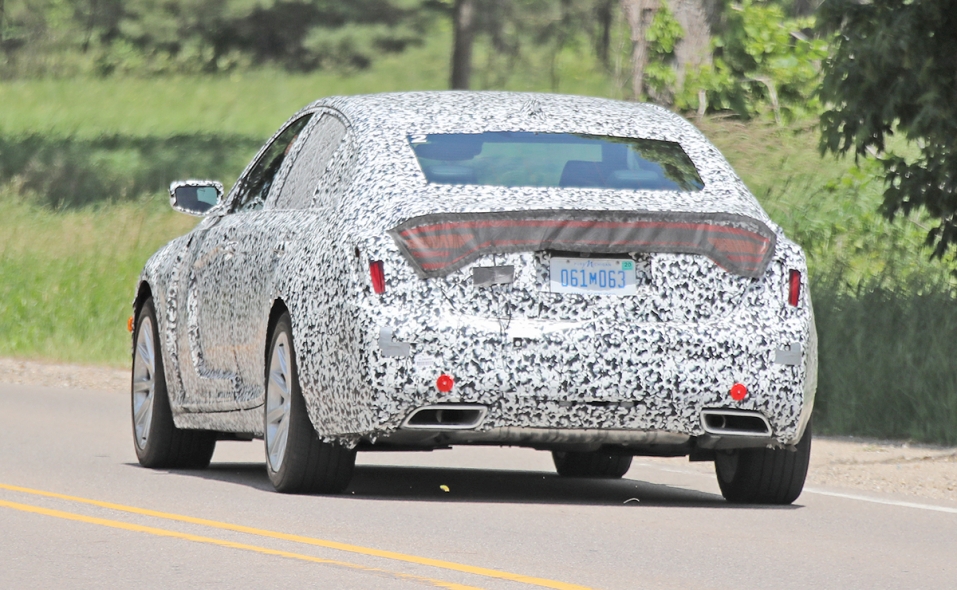 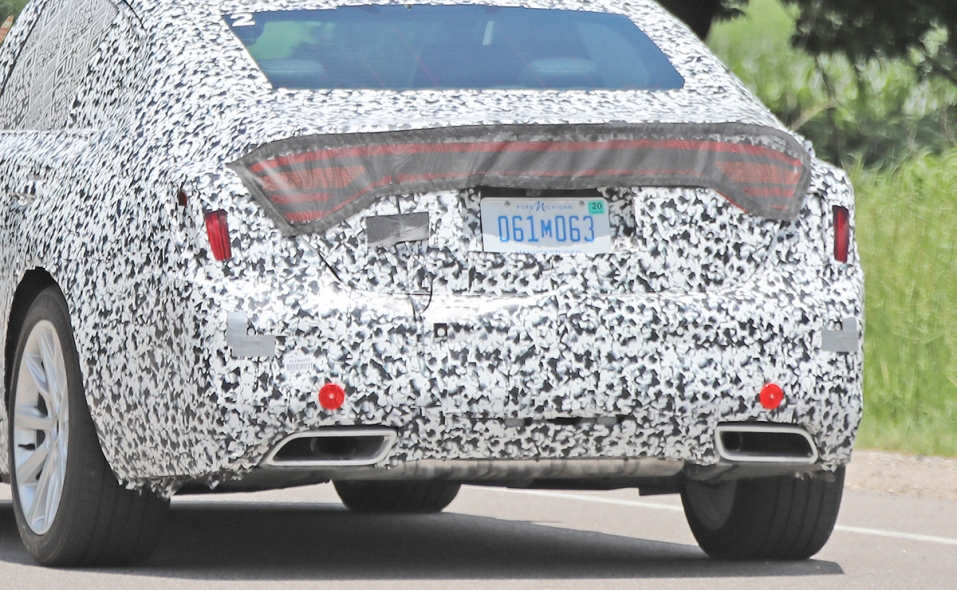 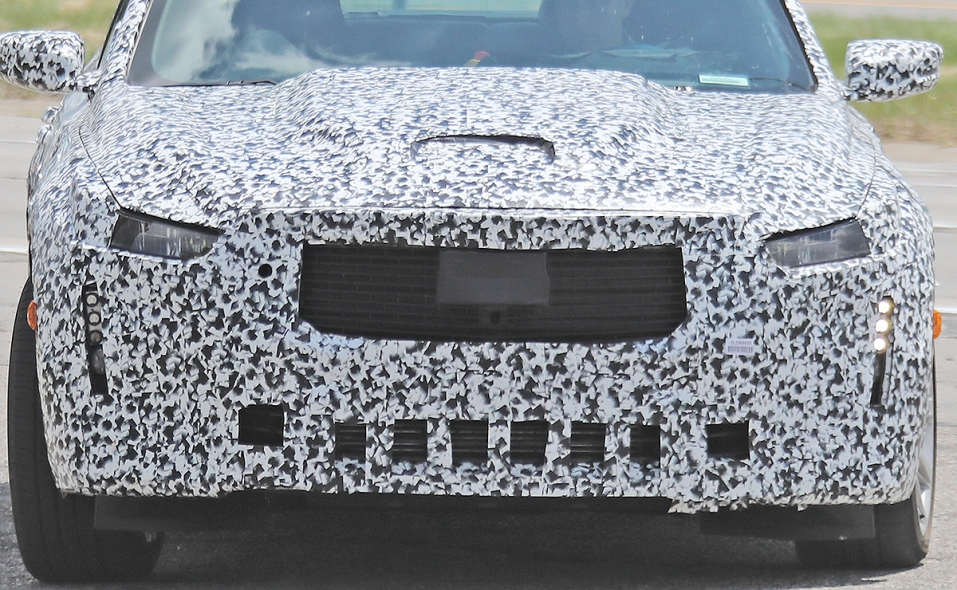 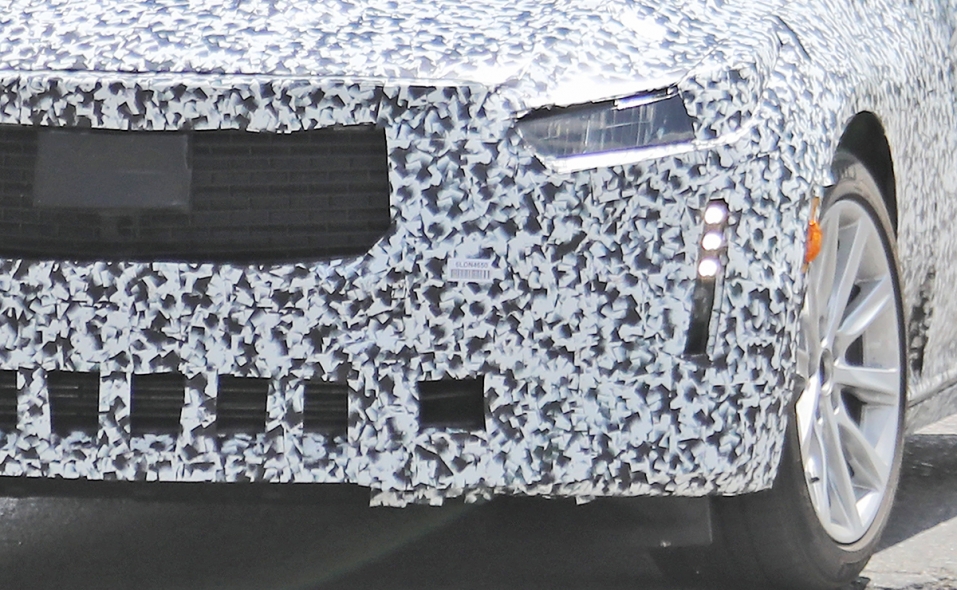 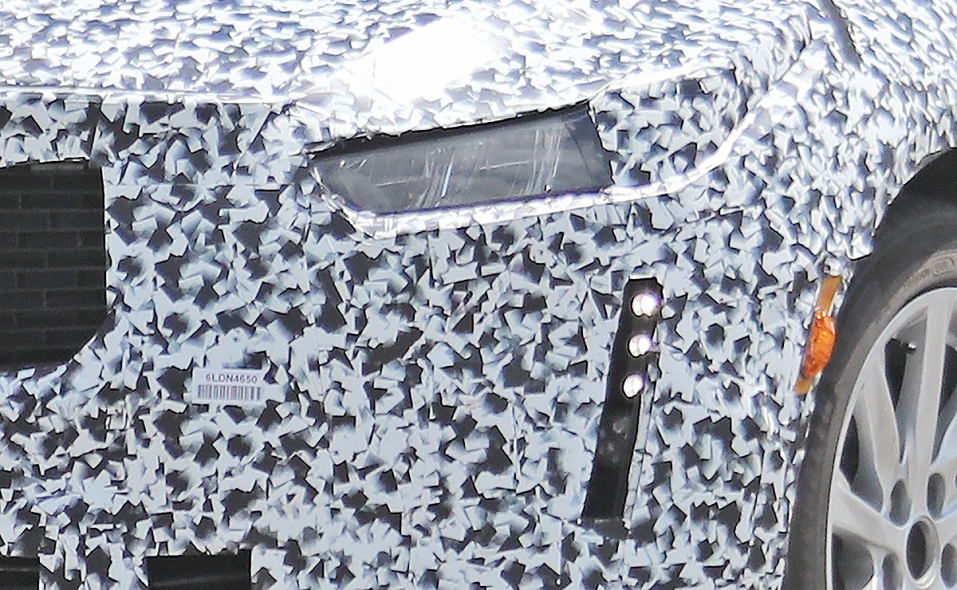 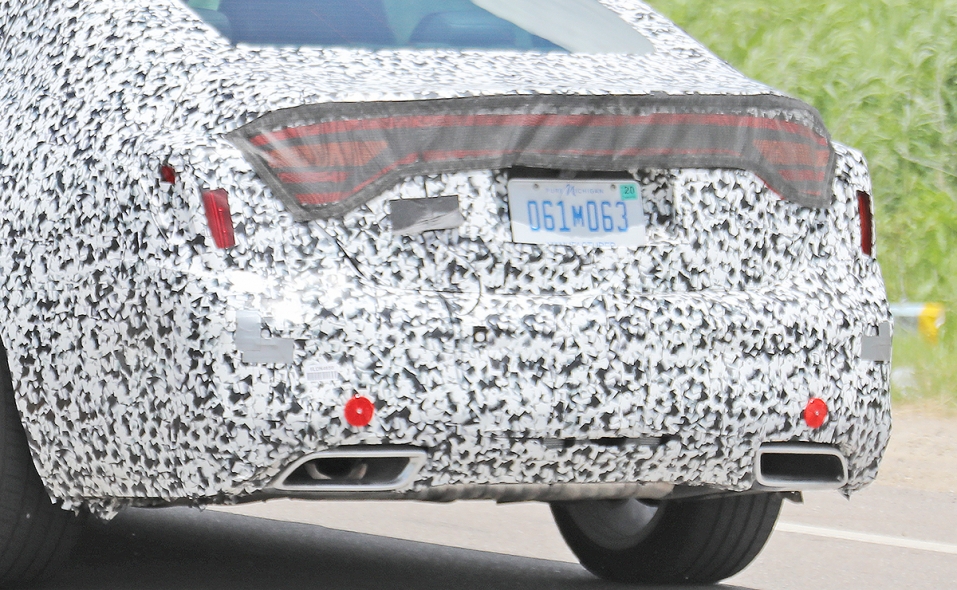 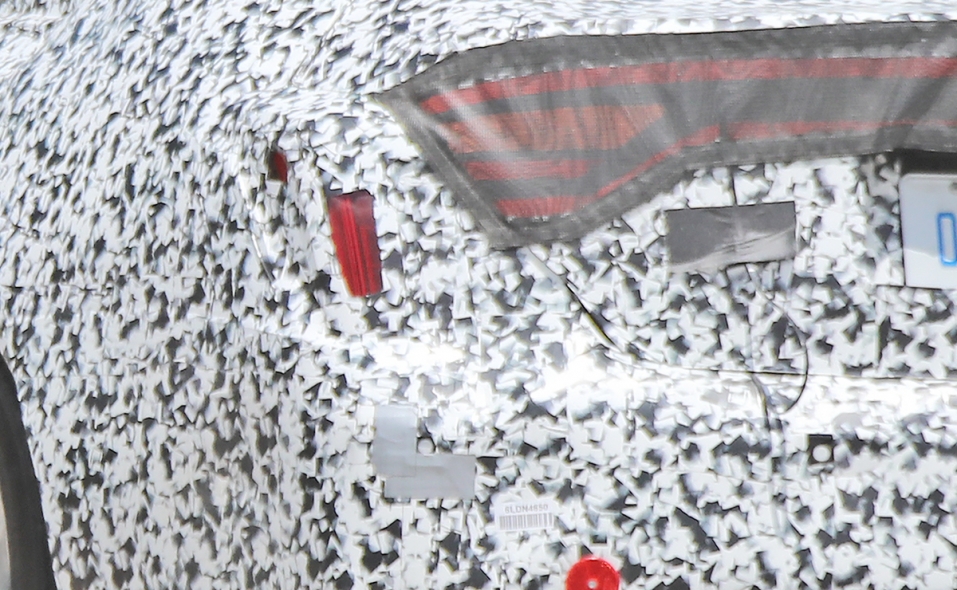 Is that a new Dodge Charger or Dart sedan?

That's what you may be asking when looking at the LED racetrack taillights, indented square boomerang door panels and hood scoop on this heavily camouflaged car.

And that's what General Motors wants you to think. But the disguised car, spotted on roads in the Detroit area, is believed to be the 2020 CT5, Cadillac's replacement for the compact ATS and midsize CTS sedans. Cadillac is dropping the ATS sedan after the 2018 model year.

The CT5 is expected to be third in a line of new products coming from Cadillac through 2021, behind the XT4 compact crossover and XT6 three-row crossover.

Despite the faux Dodge body panels and camouflage, it's not hard to see the design influence of Cadillac's acclaimed Escala concept introduced in August 2016 as the brand's future design language.

The vertical taillights to the left and right of the Dodge-like lights also conjure memories of the Escala. But it's difficult to tell how far, if at all, they will stretch inward.

We're also assuming the duct tape and red circles on the car's rear won't make the cut when CT5 production begins in 2019.

But why Cadillac chose to mask the new sedan as a Dodge rather than an Audi, BMW or even Tesla is anyone's guess.

Toyota gives a glimpse of redesigned and luxed-up Sequoia

All that Buzz: Reveal, reservations finally this year

Sponsored Content: Four real-time integrations that can save your dealership time

Sponsored Content: Acxiom VP on the intersection of analytics and car shoppers