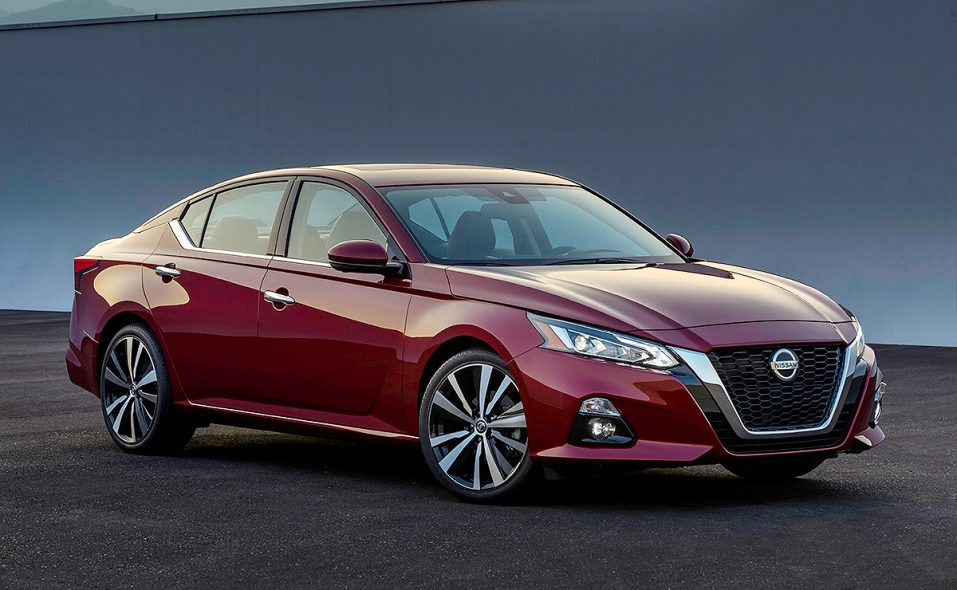 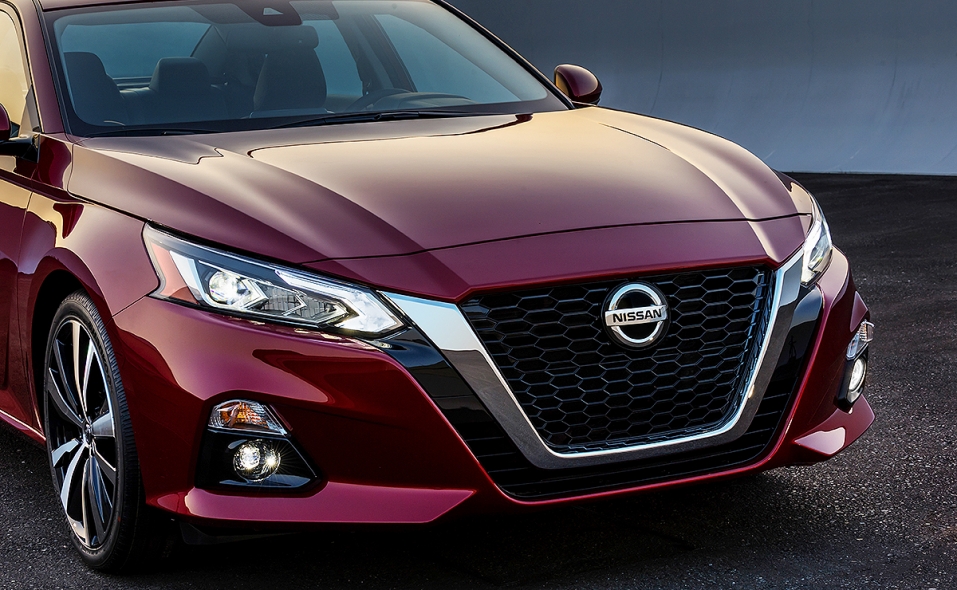 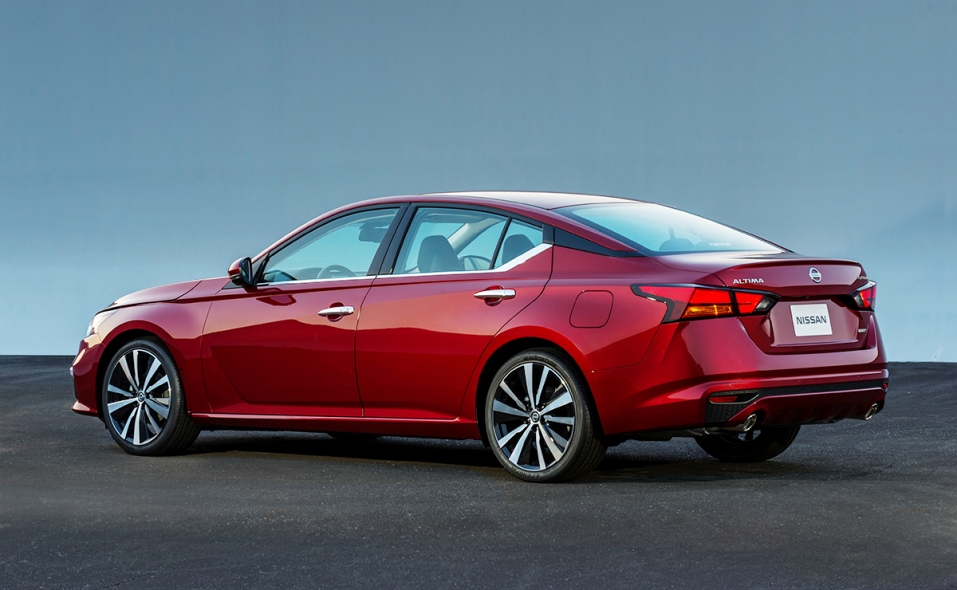 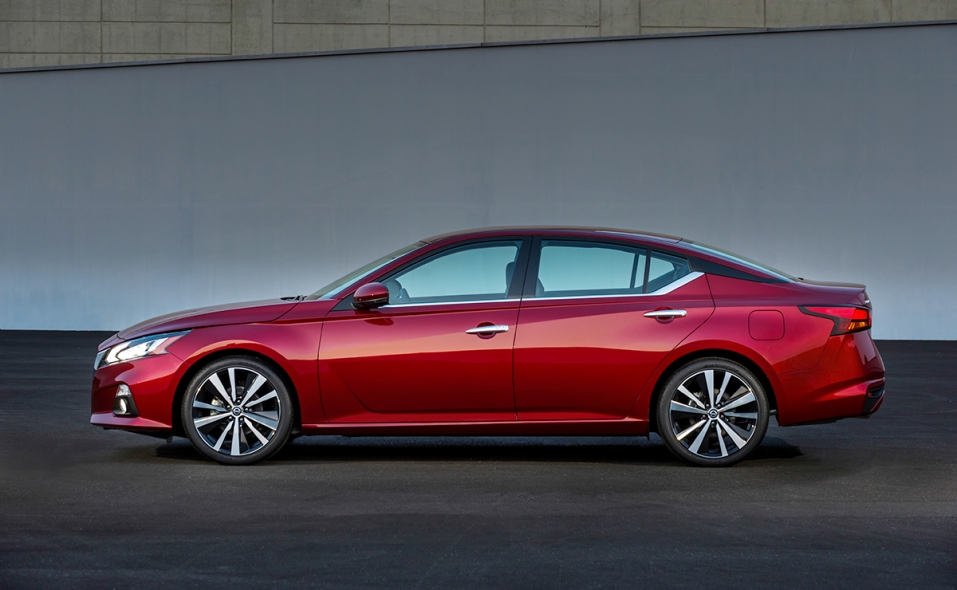 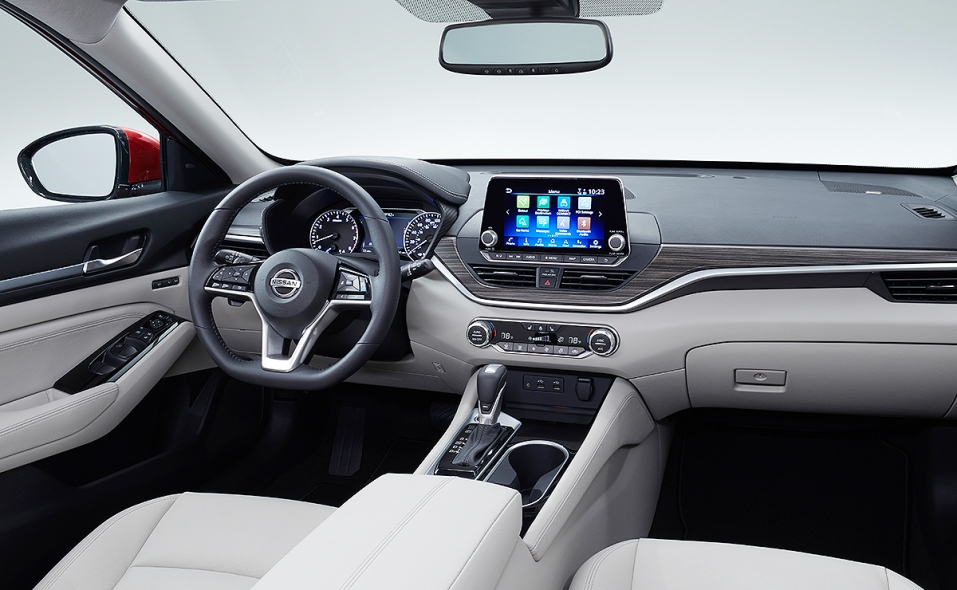 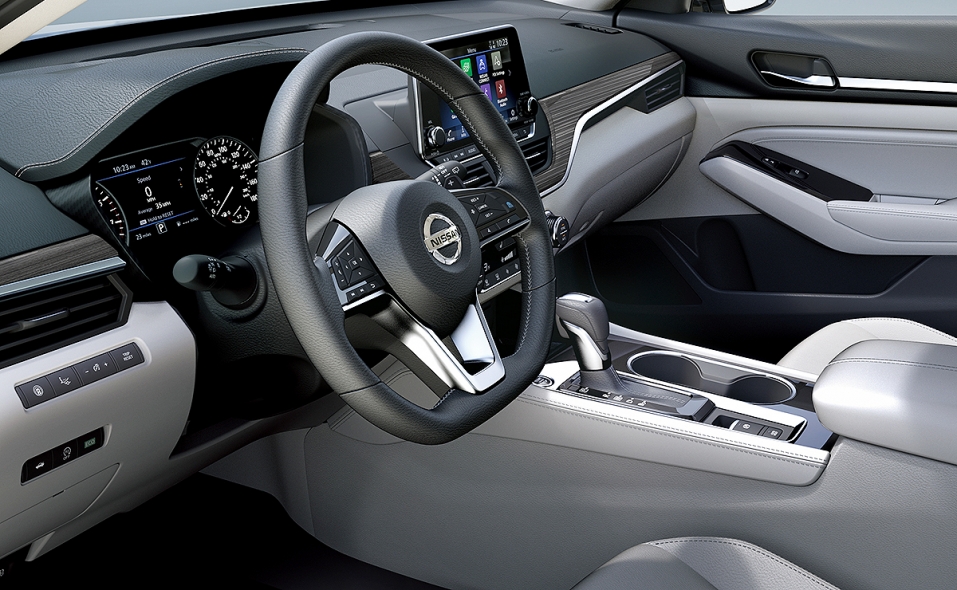 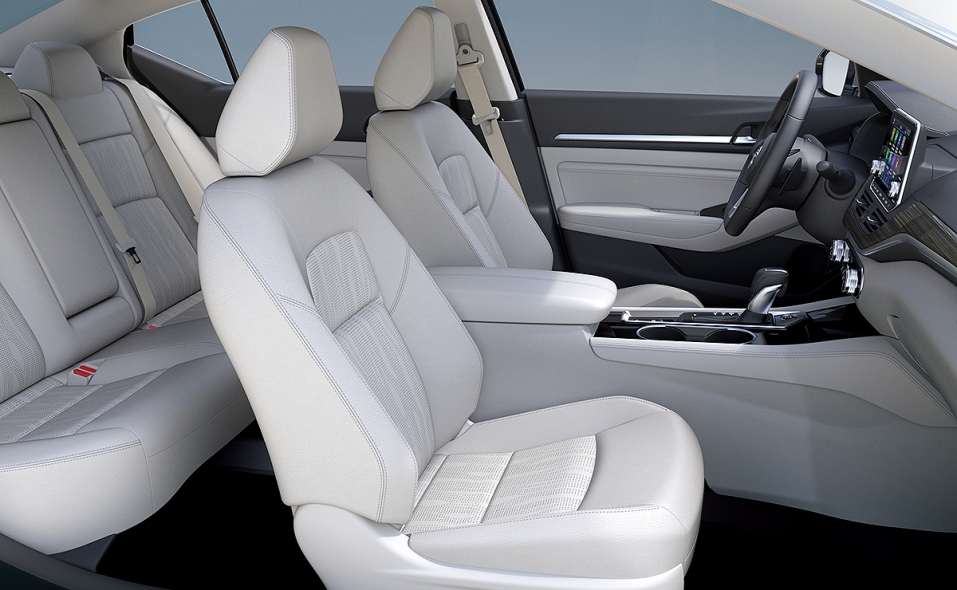 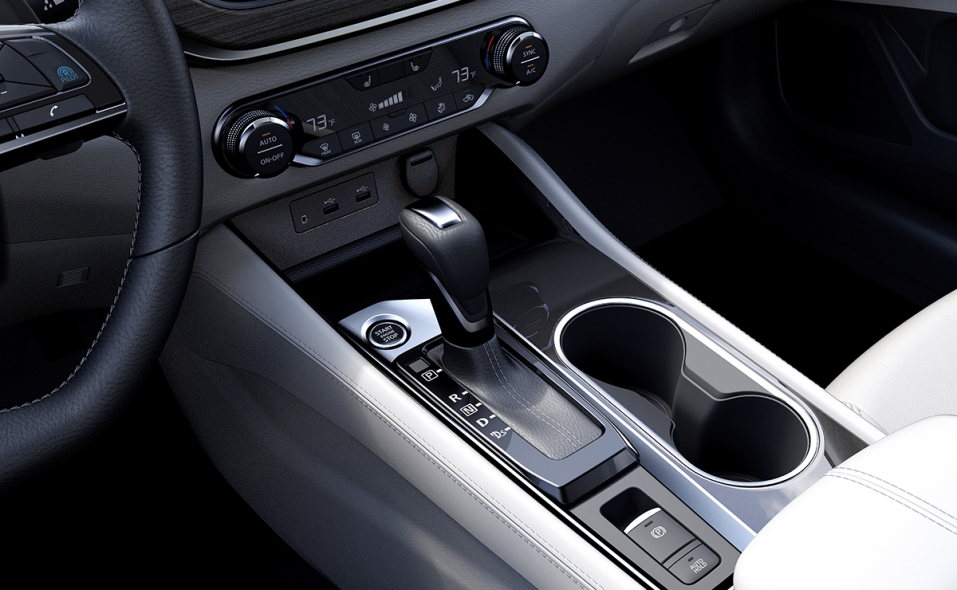 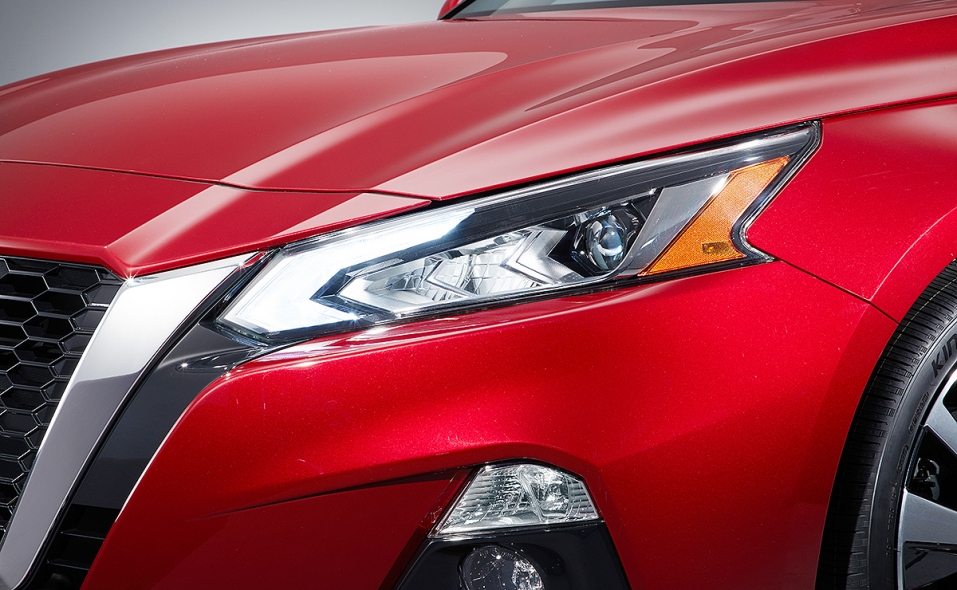 NEW YORK -- Nissan has redesigned its best-selling sedan to woo buyers with advanced technologies in hopes of recapturing their attention as they increasingly defect to crossovers.

The sixth-generation Altima, unveiled at the New York auto show Wednesday with a larger greenhouse, all-wheel drive and a new turbo-charged variable-compression engine, also sets the stage for more electrification and connectivity to come.

More than merely holding steady at the Altima's current sales volume -- U.S. sales of 254,996 last year, a decline of 17 percent from a year earlier, Nissan says it wants to "re-energize the sedan segment" through design and technology.

"We can win back sedan sales," asserted Michael Bunce, Nissan North America's vice president for product planning. "We believe there is a large population of consumers who prefer a sedan. And we're giving them a compelling reason to drive a sedan.

"We believe there's an opportunity for growth in that segment," Bunce told Automotive News.

The redesign adopts a larger and flashier V-motion grille, boomerang headlights and a floating roof. The interior was made roomier and more modern, with a seagull-inspired sweeping dash panel, a larger display screen and a sense of open, shared space -- a design that anticipates future moves to autonomous driving.

The cabin gained space by pushing the wheels farther out to their corners and by claiming a bit of real estate from the engine compartment.

"It's a cabin-centric car," lead designer Ken Lee told Automotive News. "Both of our engines have a slimmer profile, and we were able to bring the hood down significantly. And we extended the wheelbase, which made more cabin space possible.

"This is about creating a feeling of openness, spaciousness and ambiance."

Nissan expects to challenge the recent redesigns of Altima's direct-facing competitors -- the Toyota Camry and Honda Accord -- by giving the 2019 Altima a full array of Nissan's newest technologies.

The car gets ProPilot Assist, the lane-keeping autonomous feature that Nissan says will serve as the starting point for more advanced self-driving technologies to come.

The Altima also receives what the automaker is calling Safety Shield 360, a network of upgradeable features that include front, side and rear safety monitoring and intervention technologies, automatic emergency braking, pedestrian detection, rear automatic braking, lane departure warning and other safety features.

The redesign also gives the Altima two new engines -- both of them with smaller footprints that require less under-the-hood space.

The Altima will be the second nameplate in Nissan's global portfolio to receive the VC Turbo, the advanced powertrain that Infiniti is just now launching in its redesigned QX50 crossover. Nissan claims the variable-compression turbo 2.0-liter four-cylinder engine pumps out the power of a V-6 with the fuel economy of a four. The Altima will no longer come with a V-6 engine.

The new Altima also offers a redesigned 2.5-liter DOHC inline four-cylinder that is quieter and boasts a 9 hp gain over the outgoing 2.5-liter.

The addition of all-wheel drive may be the new car's most startling change. The move pits the Altima harder against Ford's all-wheel-drive Fusion sedan while also separating itself from the Camry and Accord. The feature additionally challenges Nissan's smaller Japanese rival, Subaru, which has turned all-wheel drive into a brand cornerstone.

The Altima uses the all-wheel-drive technology of the Rogue crossover, the nameplate that has overtaken the Altima as Nissan's best-selling product.

By using the same system in both vehicles, Nissan achieves a bigger economy of scale, Bunce pointed out. The same system will now have a combined sales potential of 700,000 vehicles in the U.S. alone.