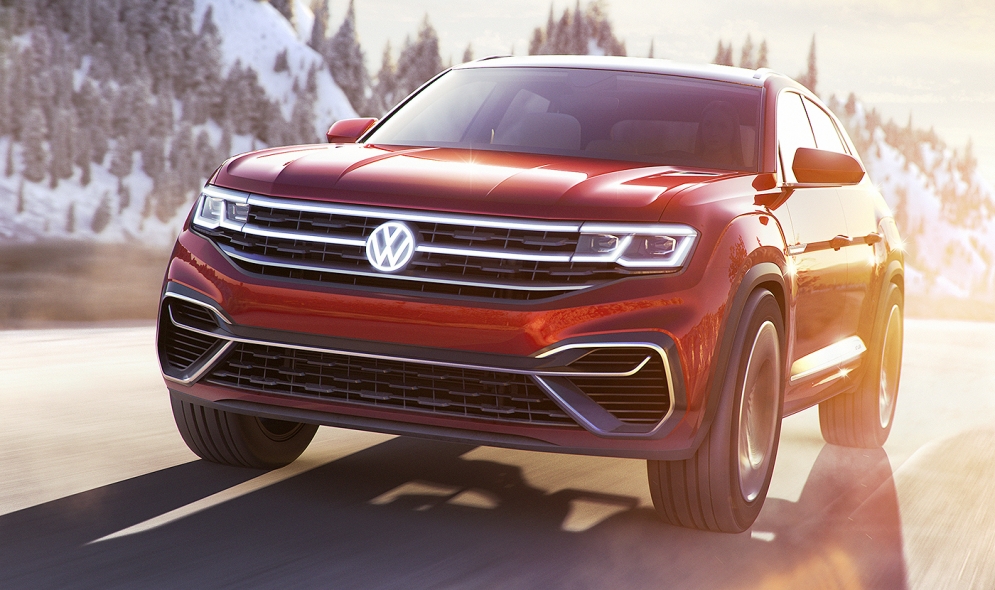 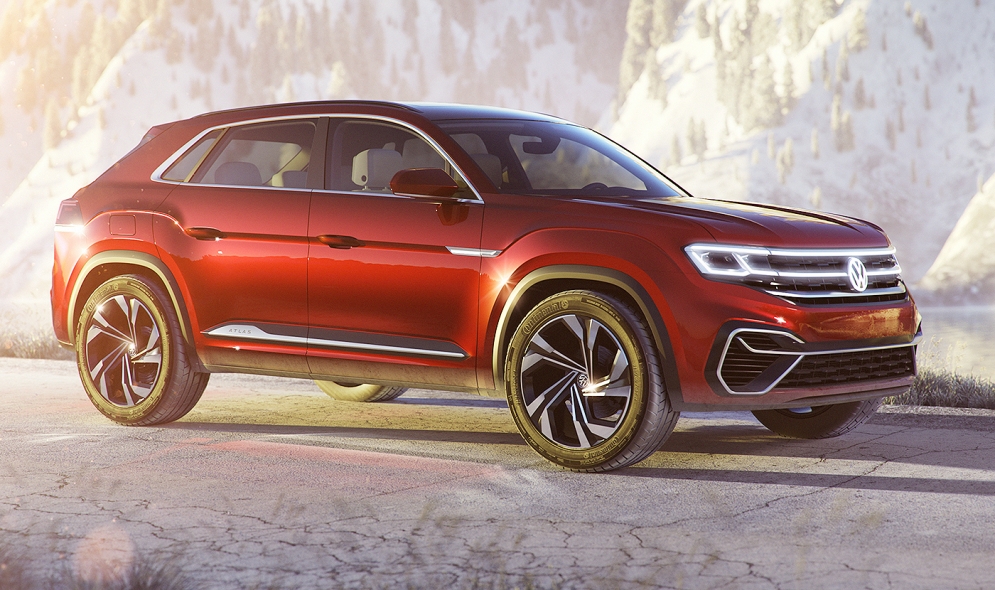 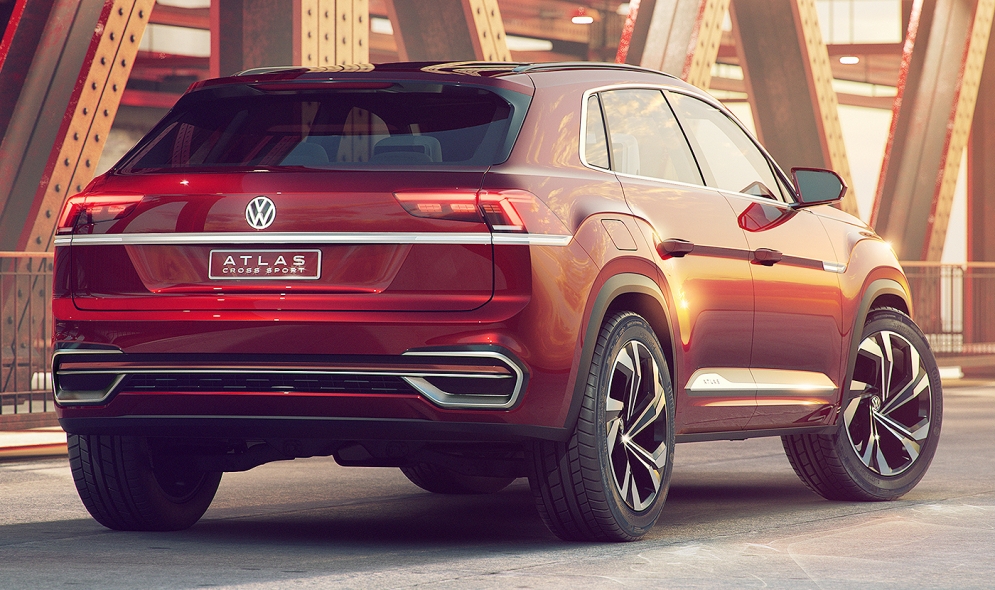 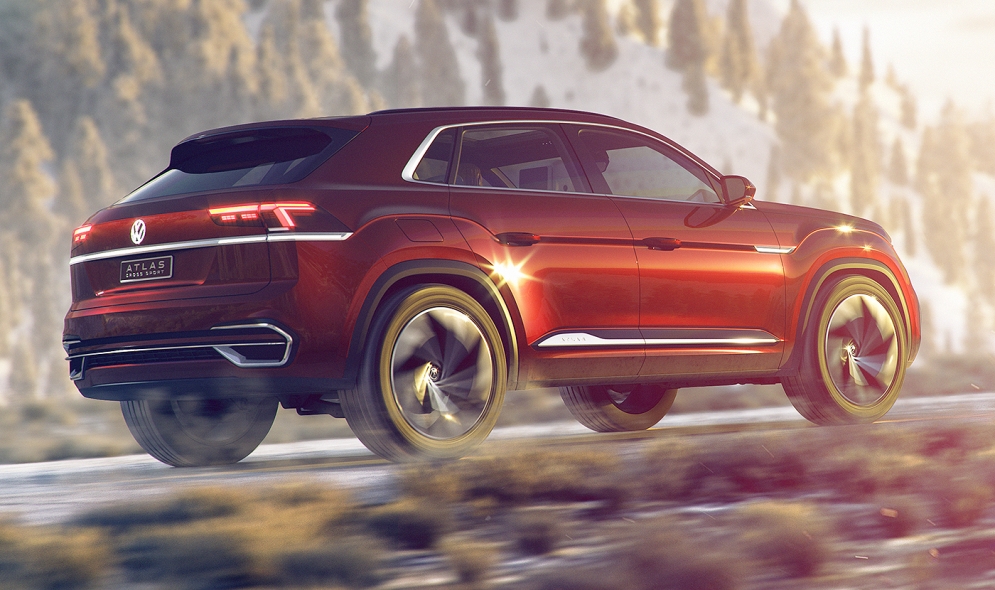 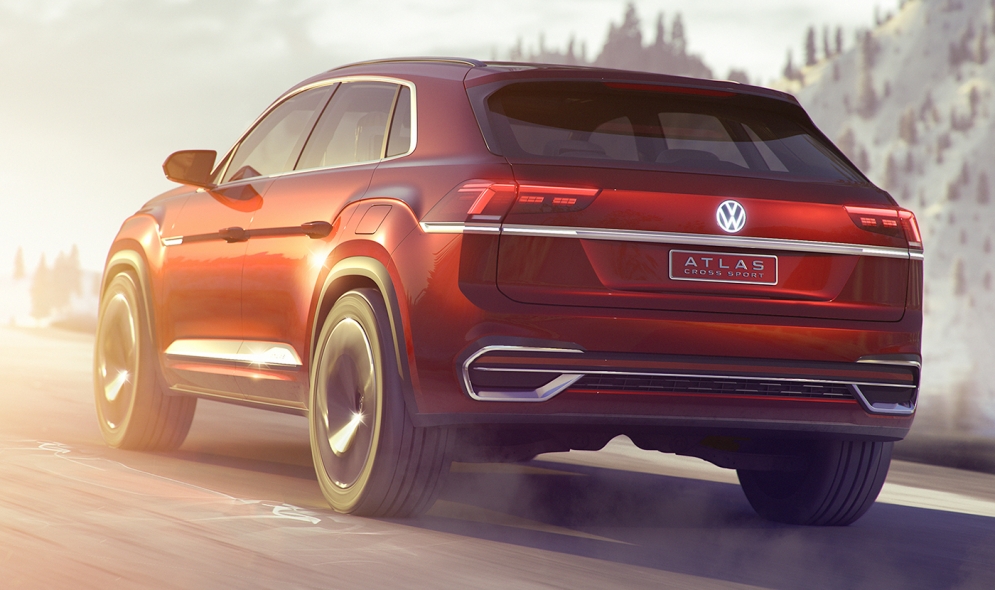 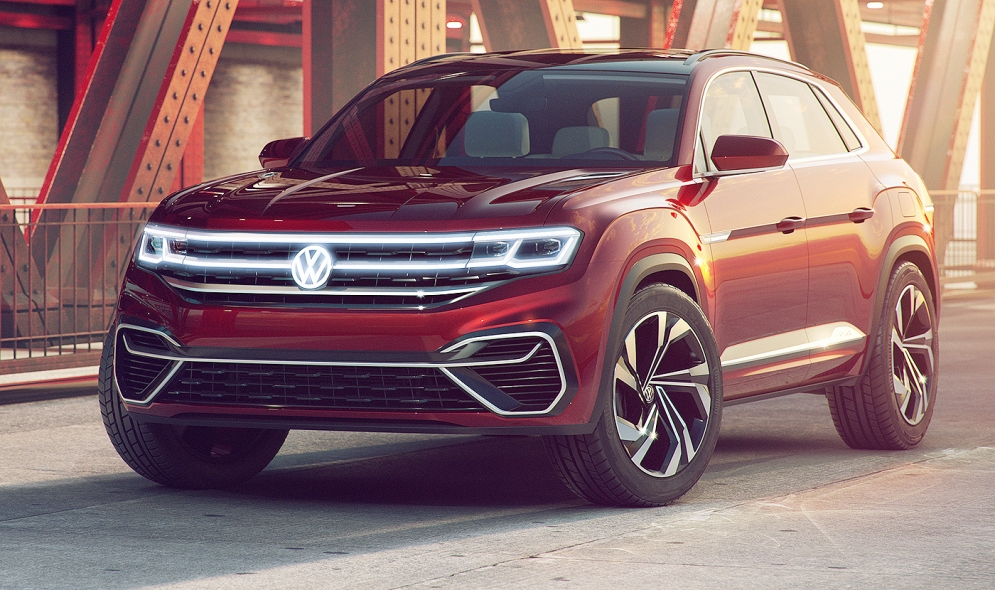 NEW YORK -- The concept version of a five-seat Volkswagen Atlas debuting at the New York auto show features an innovative plug-in hybrid system that, if it enters production, would be the automaker's first plug-in hybrid powertrain in its U.S. lineup.

The Atlas Cross Sport concept, shown to journalists Tuesday before the brand's press conference Wednesday morning, features a 355 hp drivetrain capable of an estimated 26 miles of range under battery power, Volkswagen said. A mild hybrid in the same vehicle would make 310 hp. The German brand has previously offered mild hybrids in its Jetta and Touareg models in the past, but not plug-in hybrid vehicles.

The Atlas Cross Sport concept is a near production-ready basis for a five-passenger version of the Atlas that the brand will begin building in 2019 at its factory in Chattanooga alongside the seven-passenger Atlas as well as the Passat sedan. A Volkswagen spokesman declined to say whether the hybridized powertrain would make it into the production model.

The five-seater uses the same 276-hp 3.6-liter V-6 engine as the Atlas, but is boosted by two electric motors: a smaller 54-hp motor at the front and a larger 114-hp motor at the rear, both supplied by an 18-kWh lithium ion battery located in the center tunnel. It also uses a six-speed automatic transmission. Under full acceleration, Volkswagen says the concept is capable of accelerating from 0 to 60 mph in 5.4 seconds, with a top speed of 130 mph.

The hybrid system in the Atlas Cross Sport concept has five passenger-selectable modes that would allow added flexibility for operations in different regulatory environments, such as cities that might mandate electric-only vehicles in their limits.

In E-Mode, the concept starts out in all-electric mode, utilizing the rear electric motor while decoupling the internal combustion engine from the drivetrain with a clutch. When the battery voltage drops below a certain charge point, the powertrain automatically switches to hybrid mode, engaging the V-6 and rear electric motors as required by driver inputs.

In hybrid mode, the concept operates as a front-wheel-drive vehicle, with the rear drive motor engaging as necessary for added traction or power as necessary, Volkswagen said. In hybrid mode, regenerative braking is used to resupply a charge to the battery.

If the driver selects GTE mode, the concept uses the engine and both motors to achieve the maximum system torque of 494 pounds-feet for launching the vehicle in the quickest possible manner.

In off-road mode, the Atlas Cross Sport uses its front electric motor -- fed by the engine -- to supply electricity to the battery, powering the electric rear axle electronically instead of mechanically, while power to the front axle is fed from the gasoline engine. Volkswagen says the "electric propshaft" configuration gives the concept added off-road abilities, even if the on-board battery is in a low state of charge.

In Battery Hold/Battery Charge modes, accessed via the infotainment system, a user is able to intentionally use the engine to charge the onboard battery in order to prepare to drive in full electric mode on demand. Such a system would be needed if, for example, the driver were preparing to drive in a city that had banned or levied a tax on vehicles operating under emissions-producing gasoline or diesel power.

In terms of design, the Atlas Cross Sport is just over 7 inches shorter than the Atlas at 190.8 inches in length, and features a distinctive two-bar grille illuminated front grille as well as raked C-pillars that serve to separate it visually from the larger, more squared three-row crossover. The rear features large twin exhaust ports that are integrated into the body, and LED trim lights and aluminum bright work that extend a horizontal accent line across the tailgate.

Inside the cabin, the Atlas Sport Cross concept features a 10.1-inch touchscreen infotainment system with graphics which change with different driving profile selections, such as "snow" or "sport" mode. The large infotainment screen is complemented by a 12.3-inch Volkswagen Digital Cockpit instrument cluster that is reconfigurable and capable of displaying information transferred from the infotainment display.