Redesigned pickups showcase the industry's most sophisticated features and technology 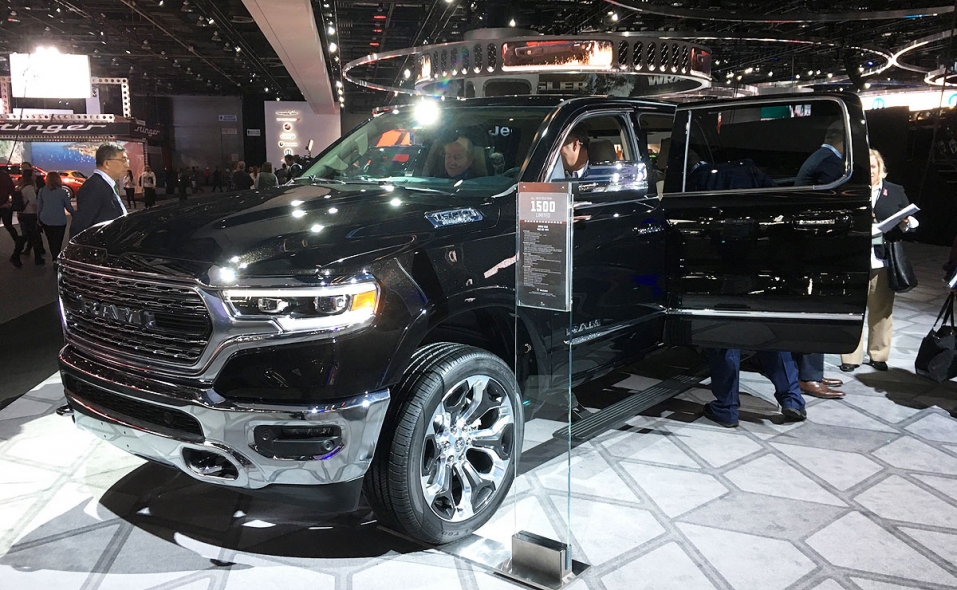 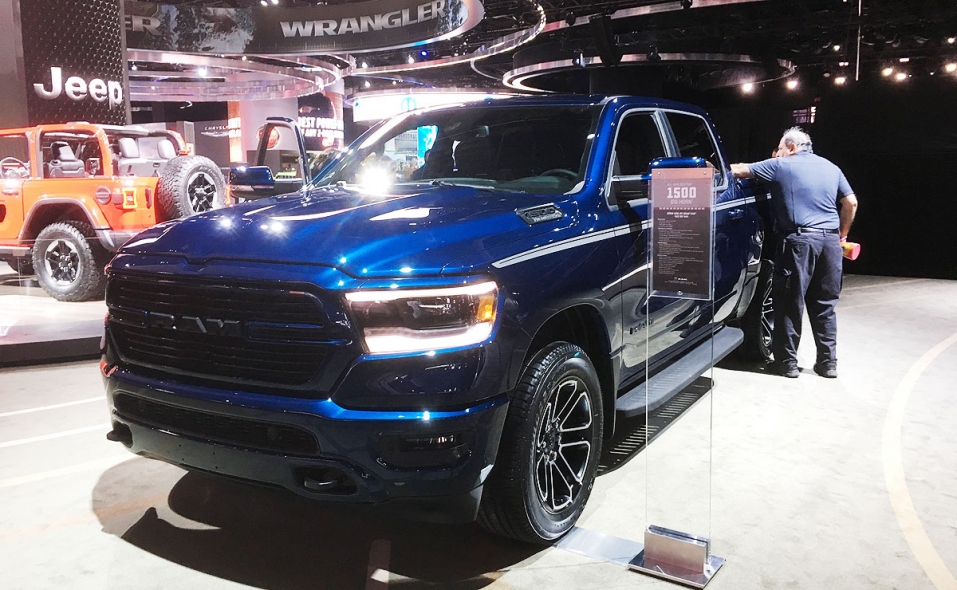 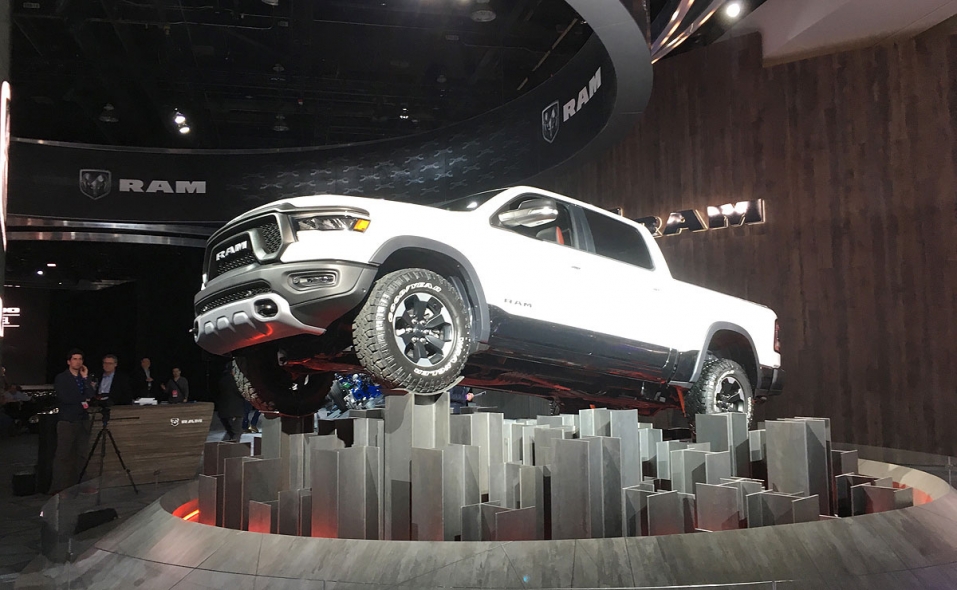 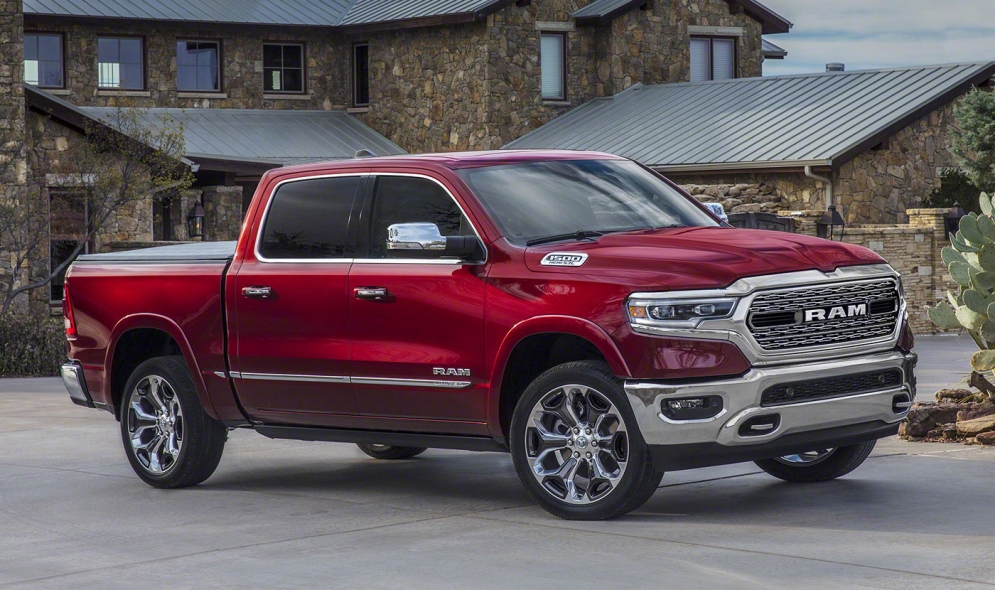 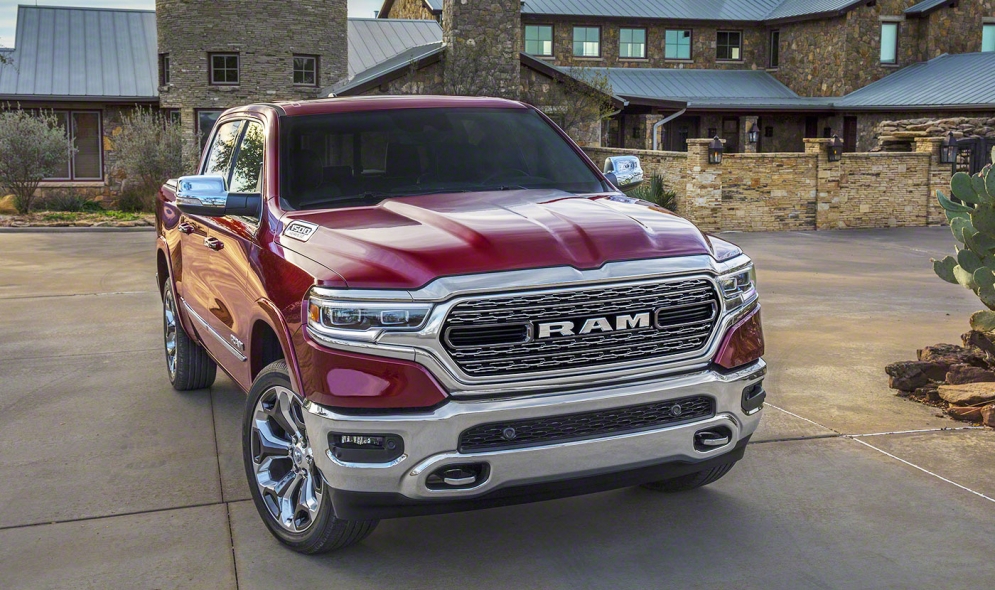 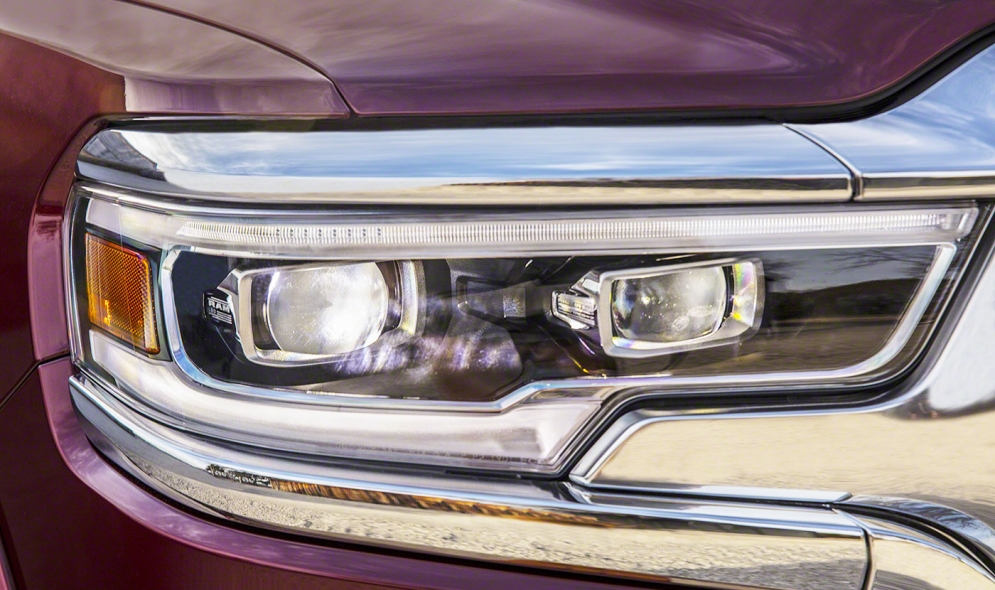 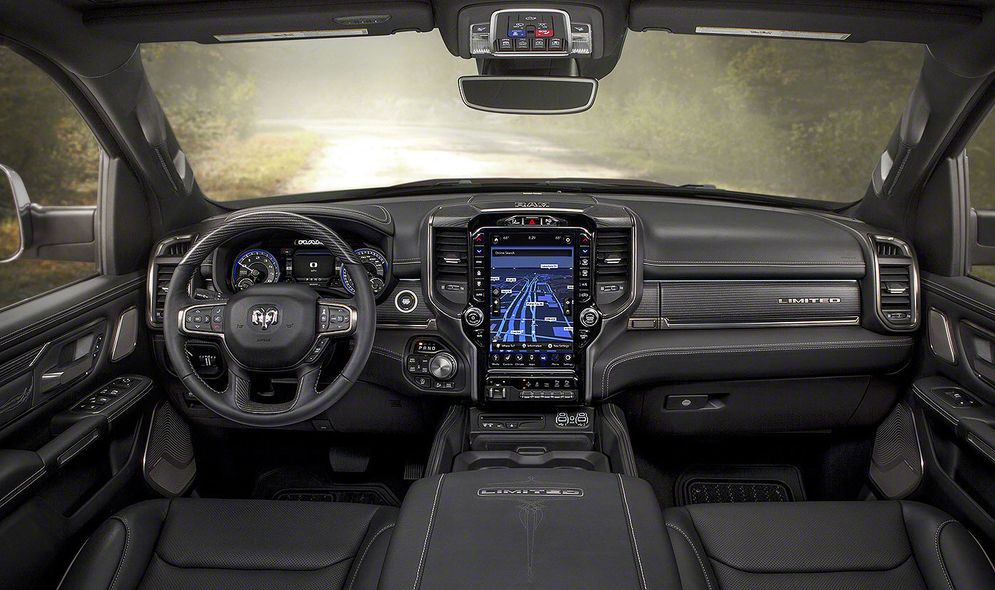 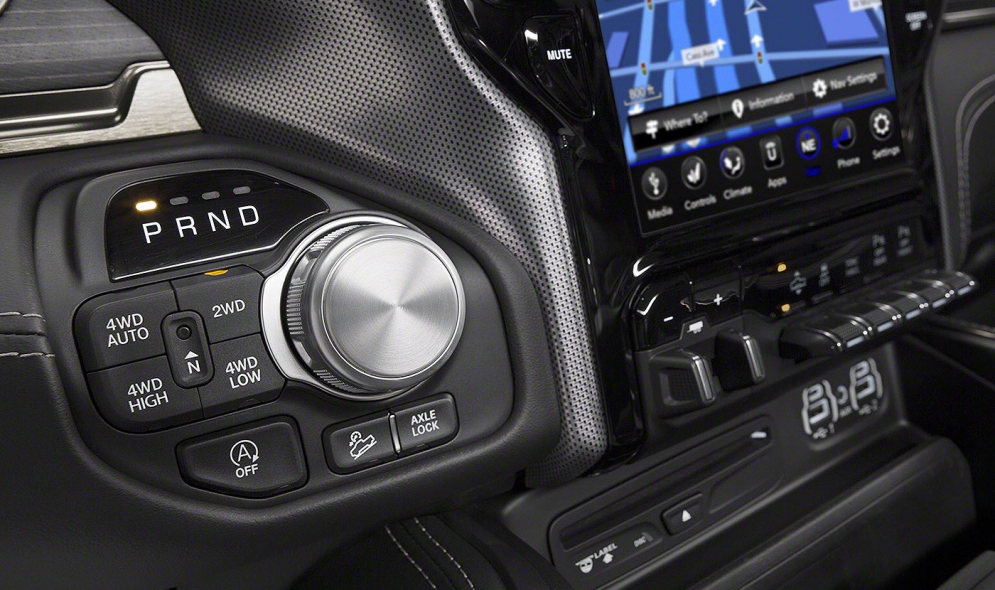 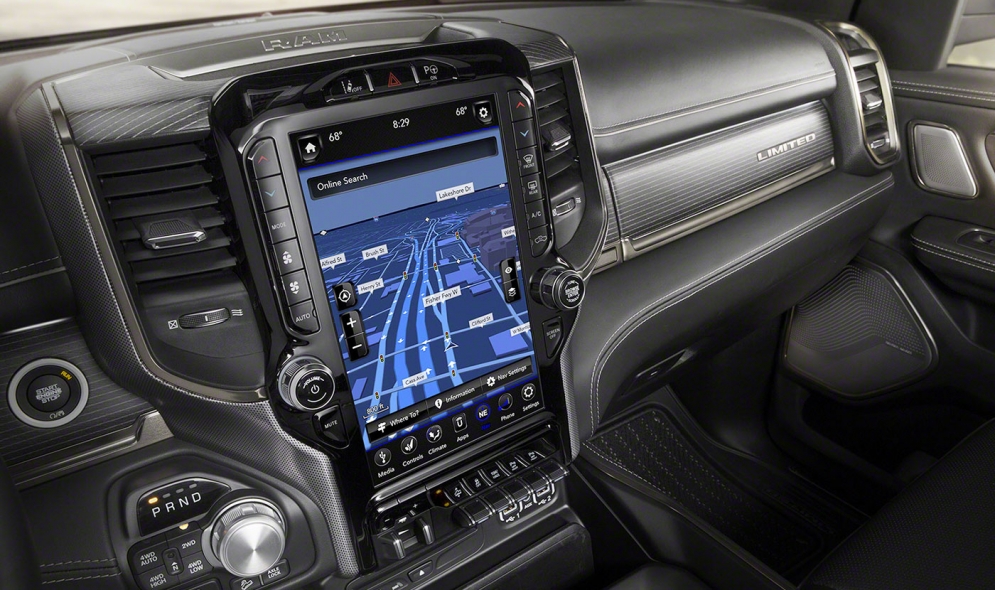 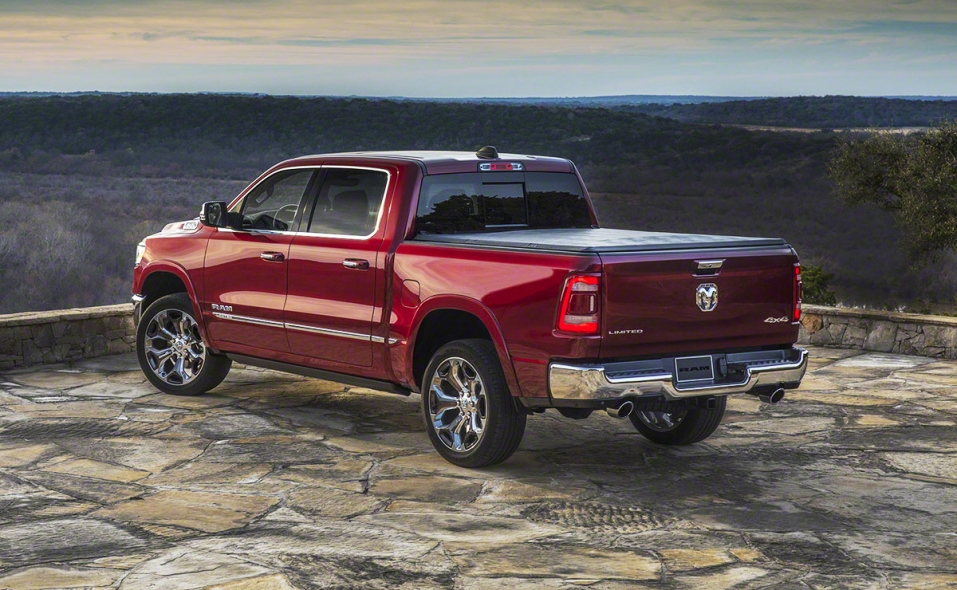 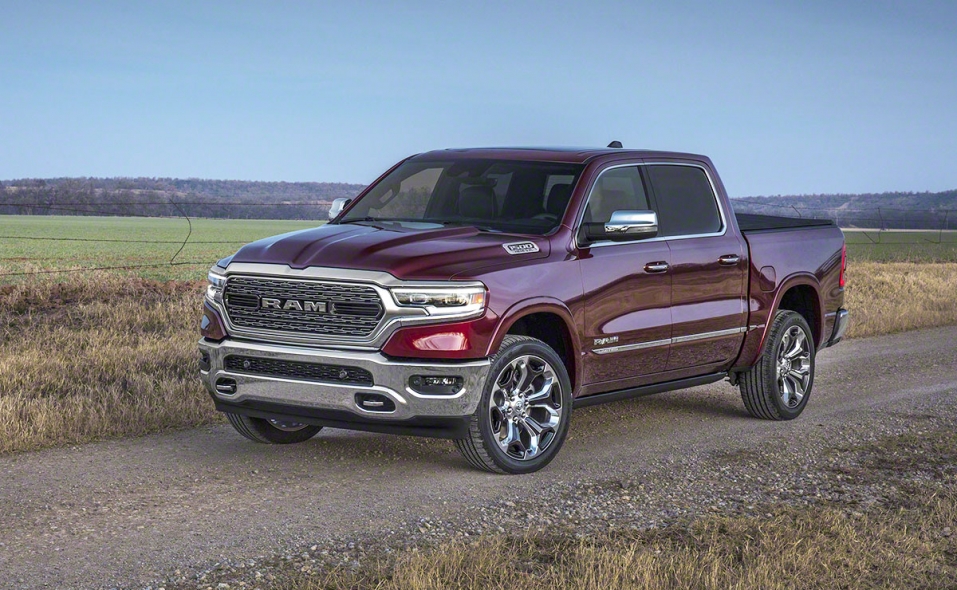 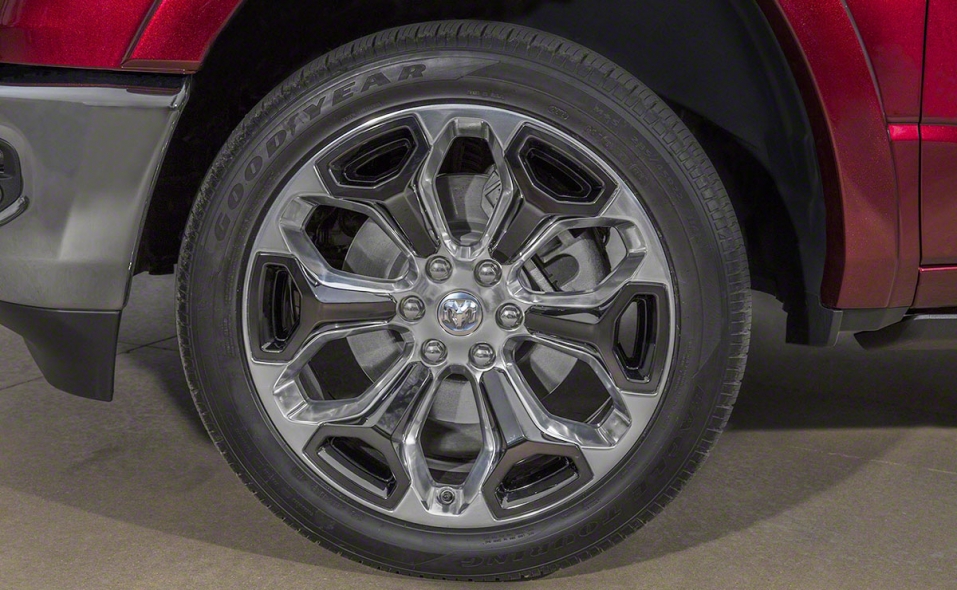 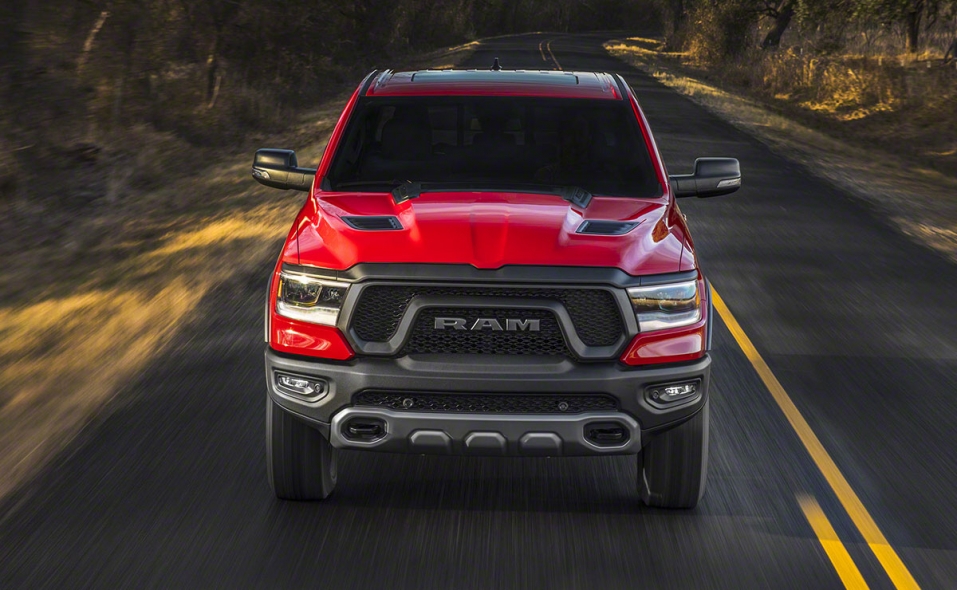 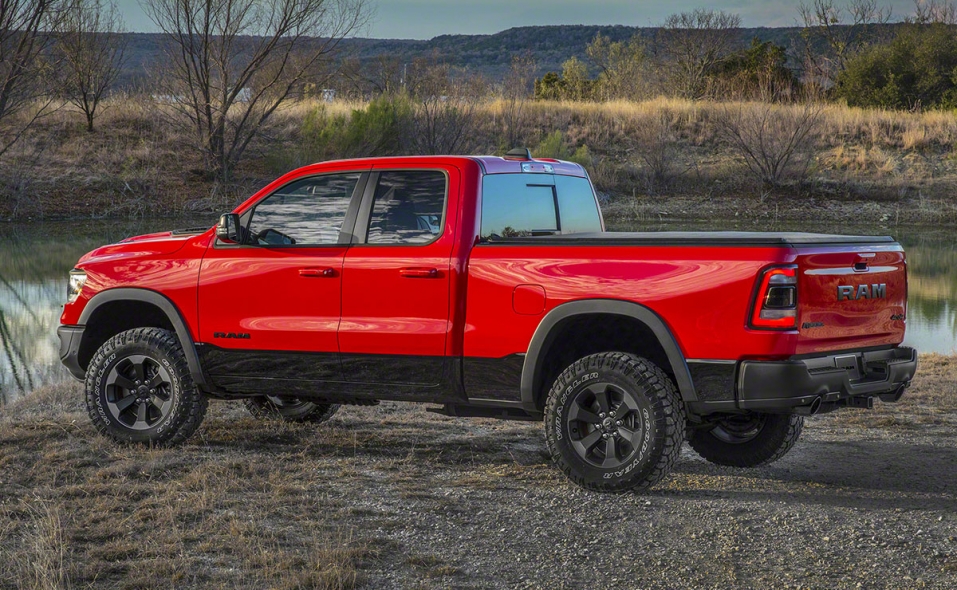 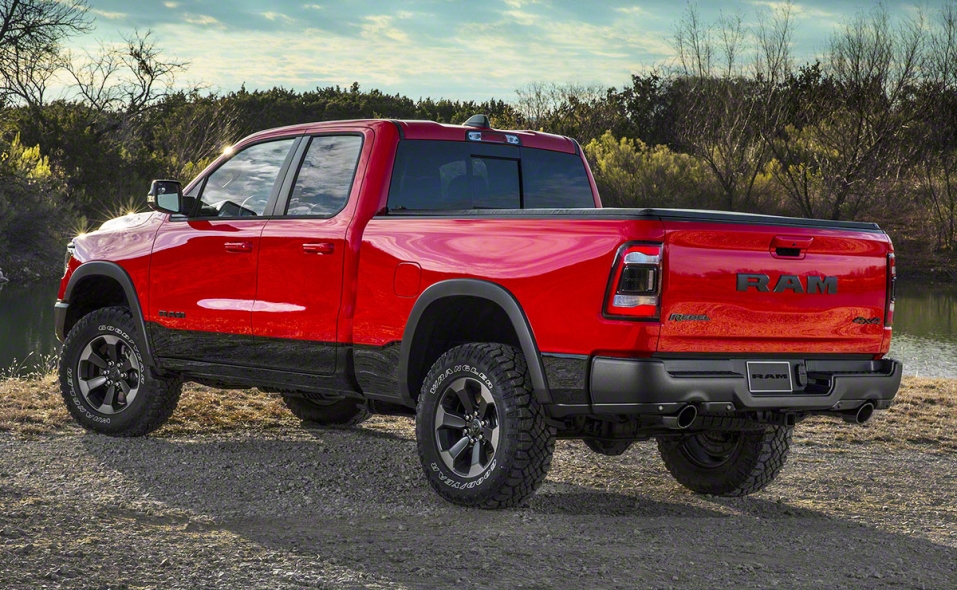 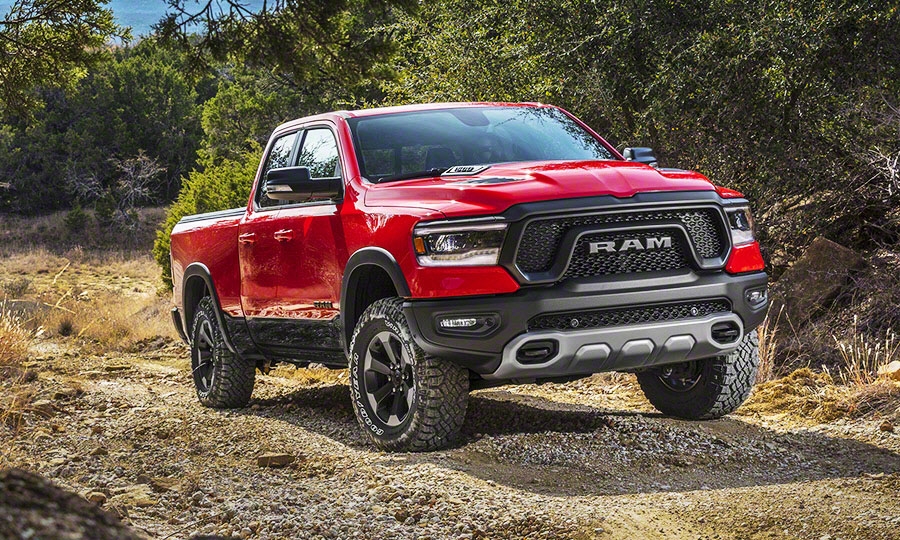 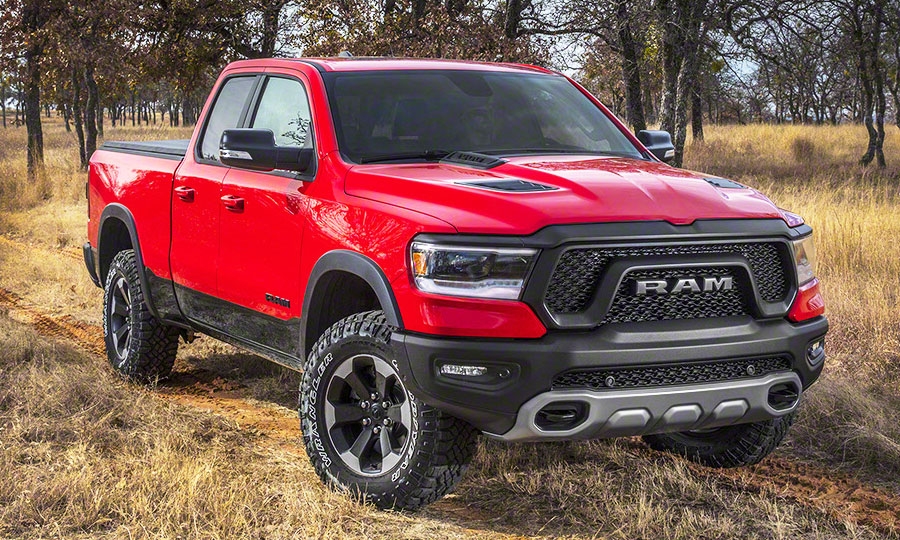 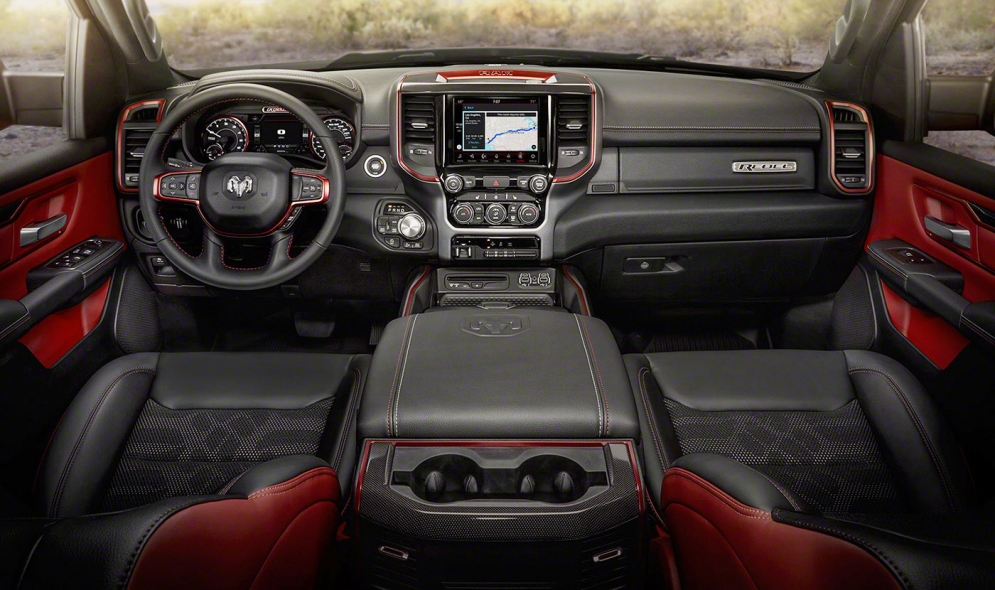 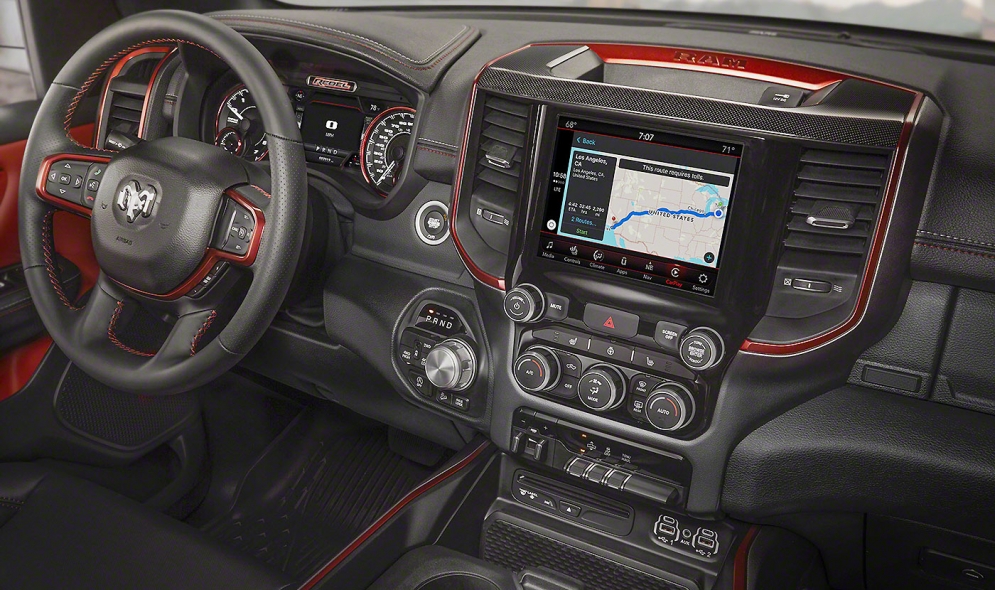 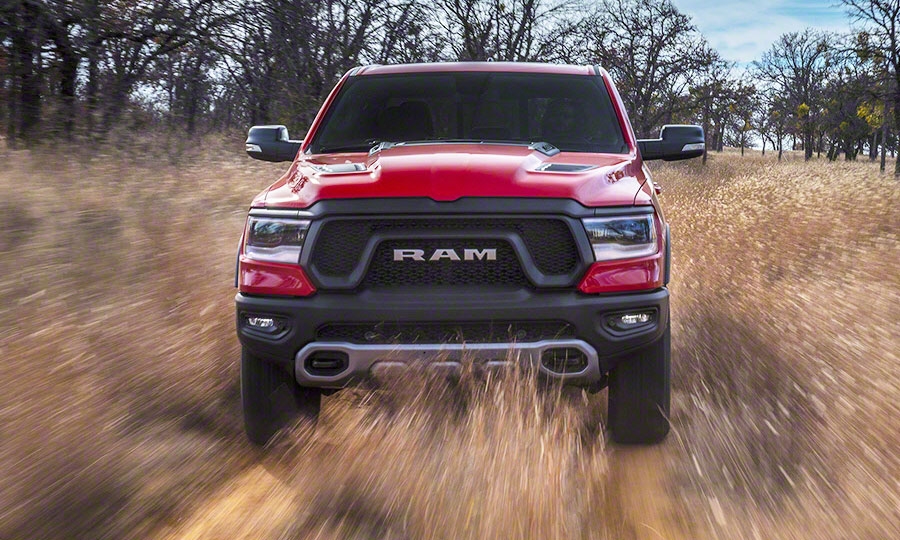 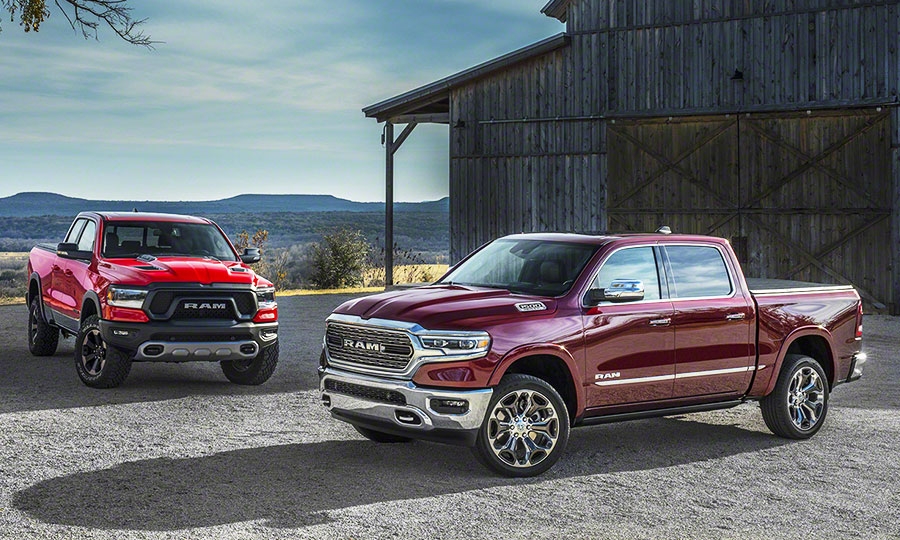 DETROIT — The pickup battle is over. Yet it has only just begun.

It has long set the pace by continually introducing new technologies, increasing towing and hauling capability, adding luxury features and carving out new segments — a playbook that has kept the F series on top of the sales charts for 41 years.

The redesigns of the Chevrolet Silverado and Ram pickups taking center stage at the Detroit auto show this week tear not just a page or two out of that playbook, but whole chapters.

The Silverado debuts an industry-first fuel-saving technology and perhaps the most advanced construction process used on a pickup. Ram introduces a giant, Tesla-like touch screen to a luxury-style interior, along with a long list of technical upgrades.

The result is a collection of trucks that showcase some of the most sophisticated technologies each manufacturer has in its arsenal.

They are, in effect, the new flagships of Detroit.

And right now, there's a great deal riding on their success.

Pickups are the highest-volume, highest-profit vehicles Detroit builds, and they have defied any kind of ceiling on price. In the near term at least, those profits must serve as the ATM that funds manufacturers' expensive forays into autonomous vehicles, electrification and other risky investments.

They also fuel the cycle of innovation in pickups that keeps escalating the arms race among the big manufacturers.

More fuel-efficient pickups sold in high volume also make it easier for Detroit's automakers to meet increasingly stringent fuel economy targets. Even though the Trump administration has ordered a review of Obama-era fuel economy standards, automakers must proceed on the assumption that the spirit of those rules will remain in place.

Three years ago, Ford used the F-150 to introduce lightweight aluminum bodies to pickups, shaving as much as 750 pounds off some models. The price tag was huge: Ford spent nearly $1 billion retooling two plants for the new manufacturing system.

The payoff has been tremendous, too. In 2017, Ford sold nearly 900,000 F-series trucks, despite taking flak from Chevy advertising campaigns.

The new Silverado and Ram — despite growing in size — are following Ford's lead in shedding weight while adding other fuel-saving features.

The Silverado, for example, adopts a version of the mixed-material construction system launched two years ago in the low-volume Cadillac CT6 sedan. It's a complex manufacturing strategy that combines ultra-high-strength steel and aluminum — with variable thickness — putting the strongest, lightest parts in the proper places. The Silverado's 450-pound weight reduction is doubly impressive because the new truck is up to 3.9 inches longer than the outgoing one.

The 2019 Silverado also debuts new powertrain technologies, including Dynamic Fuel Management, a computer-controlled cylinder-cutoff system that replaces the mechanical system and fires only the number of cylinders needed to maintain speed. A V-8, for instance, could run on just two cylinders at steady highway speeds and could vary the two so as to maintain engine performance and smoothness. In previous years, such technology would have debuted on a Cadillac and proliferated to other vehicles.

The Silverado also gets General Motors' first inline six-cylinder diesel engine for a modern light-duty pickup. That engine will put the Silverado in the exclusive 30-mpg-highway club, along with the diesel-powered F-150.

The Ram redo is perhaps one of the most complete revamps of a vehicle in recent years from any automaker. Nearly every part has been redesigned, re-engineered or outright replaced. The carryover parts are few, and the new features take the Ram brand into uncharted territory.

"I think we underestimated FCA's investment in the Ram 1500," said AutoPacific analyst Dave Sullivan. "We were expecting a fairly heavy revision of the current model. ... That isn't the case."

The 2017 Chrysler Pacifica, Fiat Chrysler Automobiles' elaborate redo of its bread-and-butter minivan, "really showed the engineering capability that FCA has in-house," Sullivan said. "The Ram is the next chapter in that book, where they come up with something that really looks to rewrite what we expect and how we use pickup trucks."

A 12-page press release detailing the changes reveals a number of technologies new to FCA, the pickup segment and even the industry.

Under the hood, a 48-volt eTorque hybrid system is standard on V-6 pickups and optional on V-8 models. And on those with V-8 engines, eTorque can be combined with a cylinder-cutoff system. New to the industry, FCA says, is a thermal warmup system for the transmission and rear axle that helps improve fuel economy in cold weather.

So the Ram should be competitive in fuel economy with the F-150 and the Silverado, even without a diesel. Ram's 3.0-liter turbo- diesel is delayed for emissions certification issues.

The Ram's redesigned frame, using 98 percent high-strength steel, contributes to a weight reduction of nearly 225 pounds vs. the 2018 Ram. As with the Silverado, that weight savings is a coup because the Ram's length grew 9 inches.

A touch of Tesla

But the Ram's interior is where FCA's investment is most visible, and that's where the company is taking the battle straight to Chevrolet and Ford.

Borrowing from Tesla, Ram has installed a touch screen that is 12 inches across in some models. It can be split, showing driving information, infotainment and vehicle control data at the same time. The materials on the dash, door panels and seats all appear to be more in keeping with luxury sedans than work vehicles.

Ram's center console doubles as a docking station for computers and offers wireless charging for tablets and phones. The second-row seats recline, and the floor is flat for easier cargo storage. Voice recognition, adaptive cruise control, lane-keeping assistance and on-demand audio from a 900-watt, 19-speaker sound system are all available.

All this comes at a price. There's no doubt that these new trucks will cost more than the outgoing models.

But for automakers, that is more an opportunity than a concern.

Consumers have made the luxury versions of pickups — King Ranch and Platinum from Ford, Laramie Limited and Southfork from Ram and High Country from Chevrolet — some of the fastest-turning vehicles on dealership lots.

Last fall, Ford's F-450 Limited crossed the six-figure barrier, once taxes and other charges were added, and reportedly is selling well.

The big leaps at Chevy and Ram signal a more competitive battle at the upper reaches of the market.

Changes to Chevrolet's truck have occurred at a glacial pace over the years, particularly interior improvements. GM has been slow to introduce new powertrains. And it completely missed several important segments that Ford identified and then exploited, such as luxury and high-performance off-road models. Ford says the F-150 Raptor nearly outsold the Chevrolet Corvette last year.

Ram pickups, with their rugged, big-rig styling, essentially have looked the same since 1994, although Ram has been more daring technically, offering a diesel engine and coil-spring rear suspension.

But now, the F series' biggest competitors are getting the same attention to style, technology and features.

Says Sullivan: "All three of the Detroit full-size pickups have really taken a different direction to achieve roughly the same goal."

2019 Silverado may emerge as efficiency leader