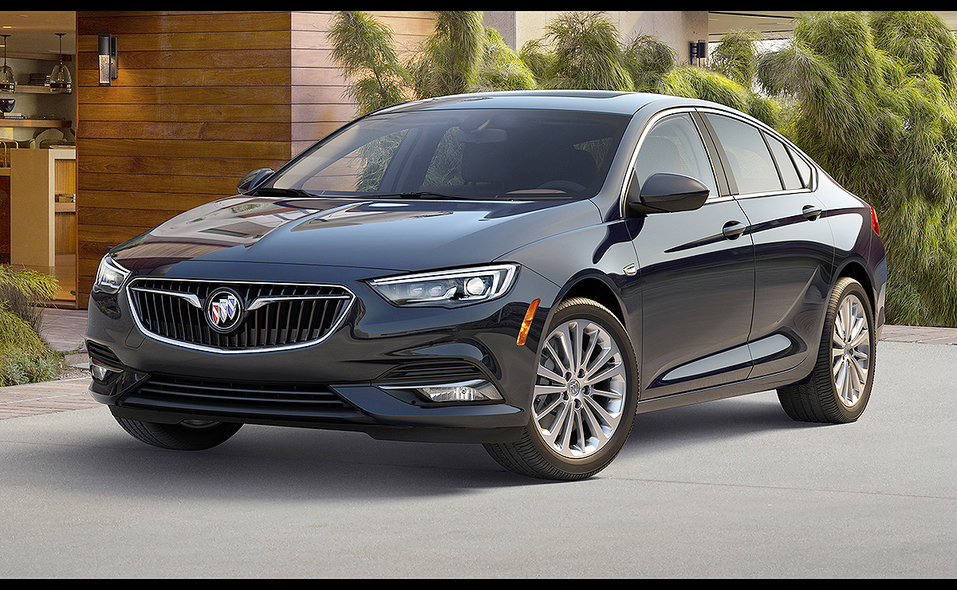 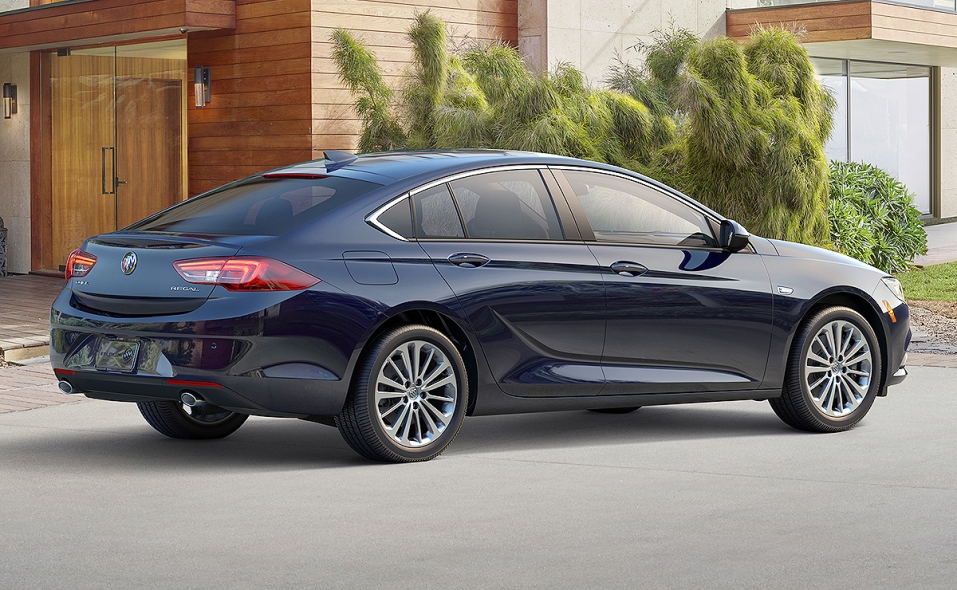 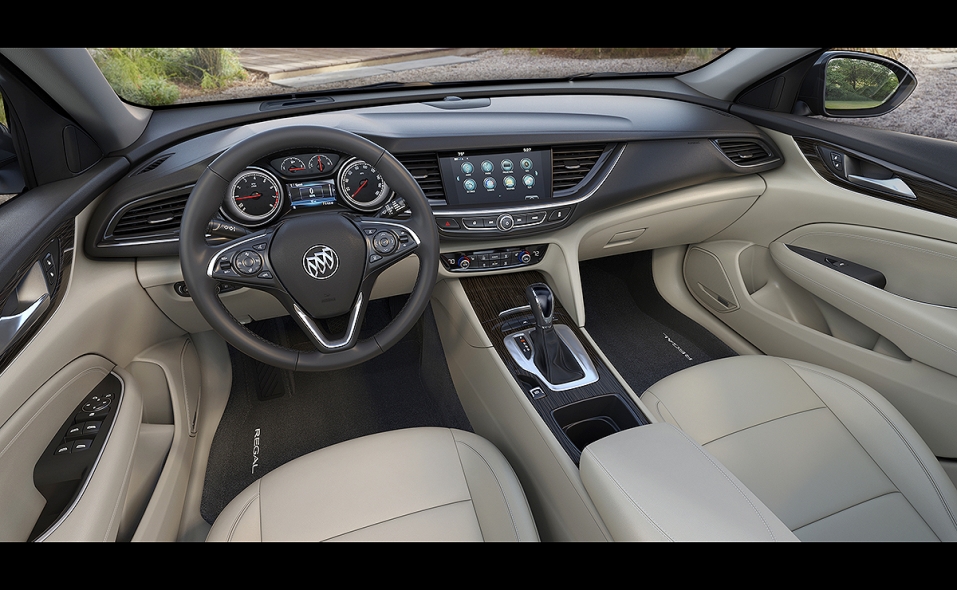 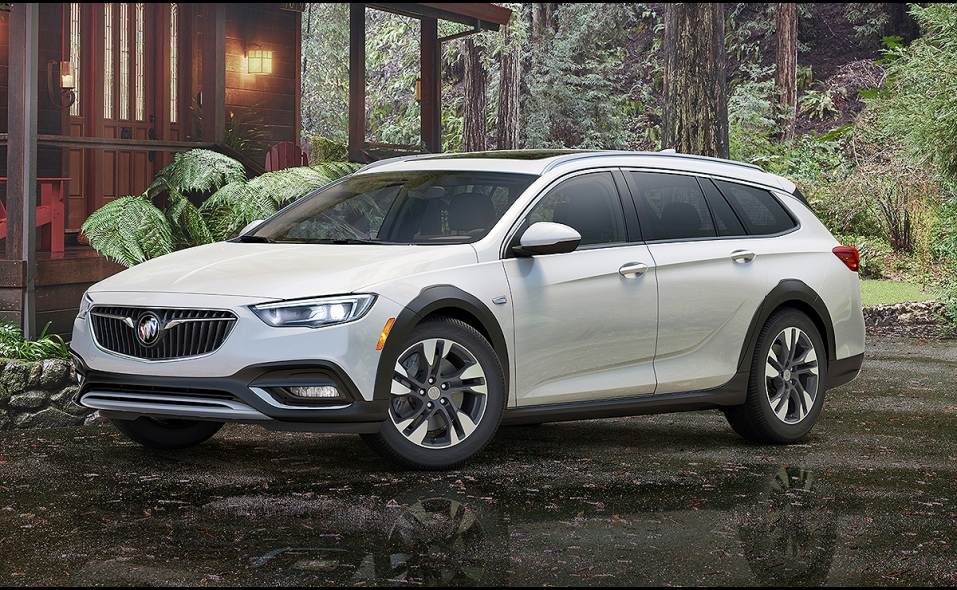 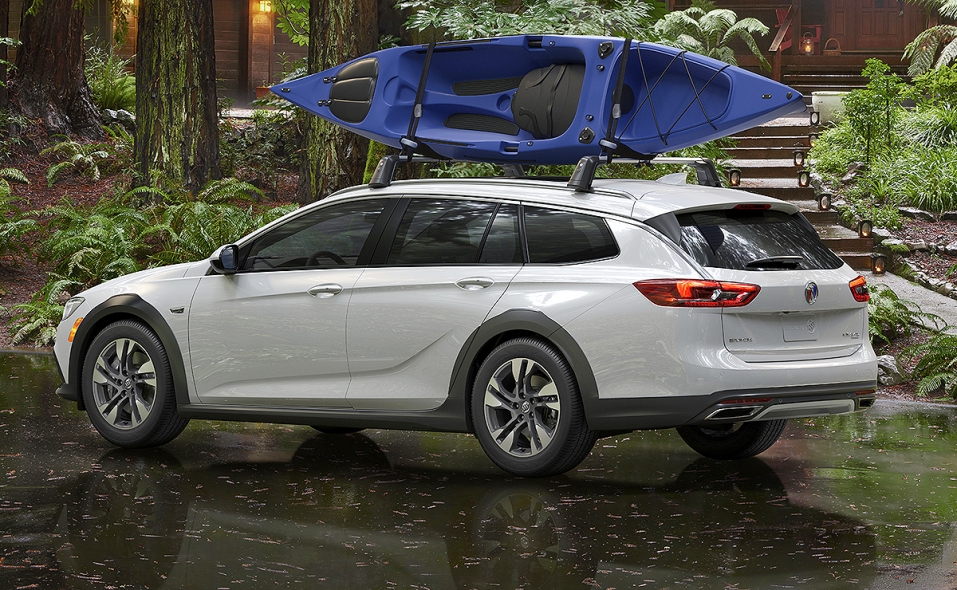 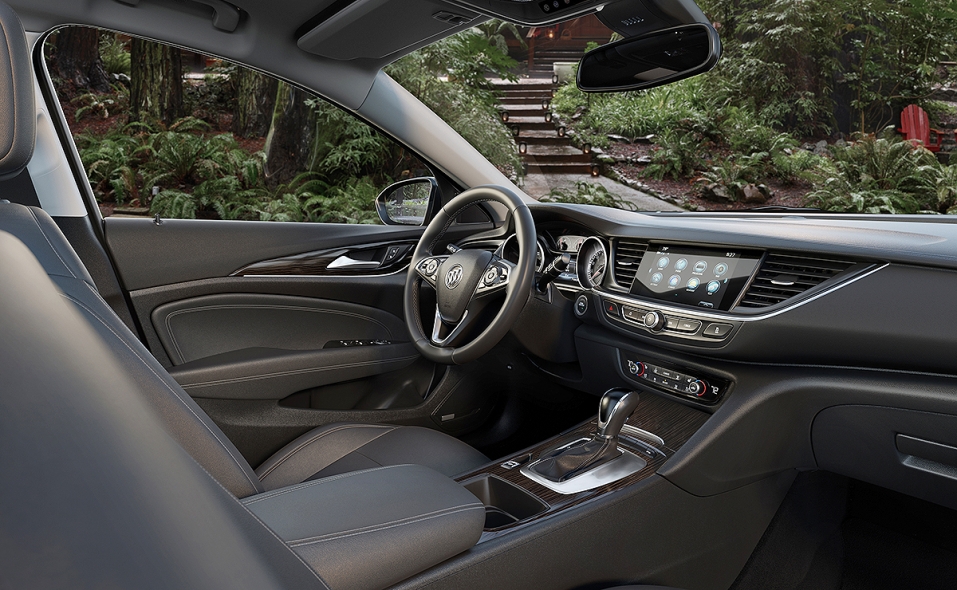 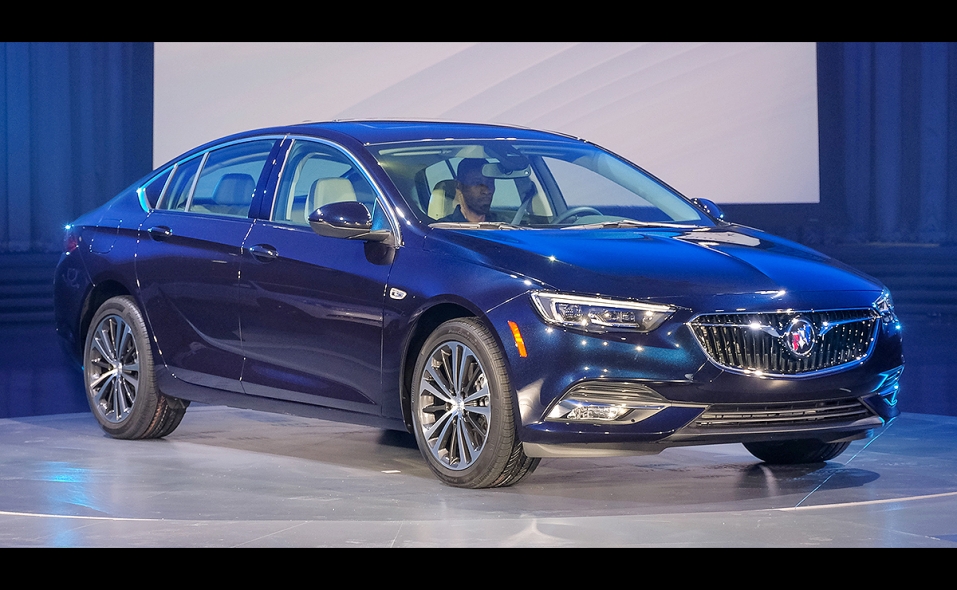 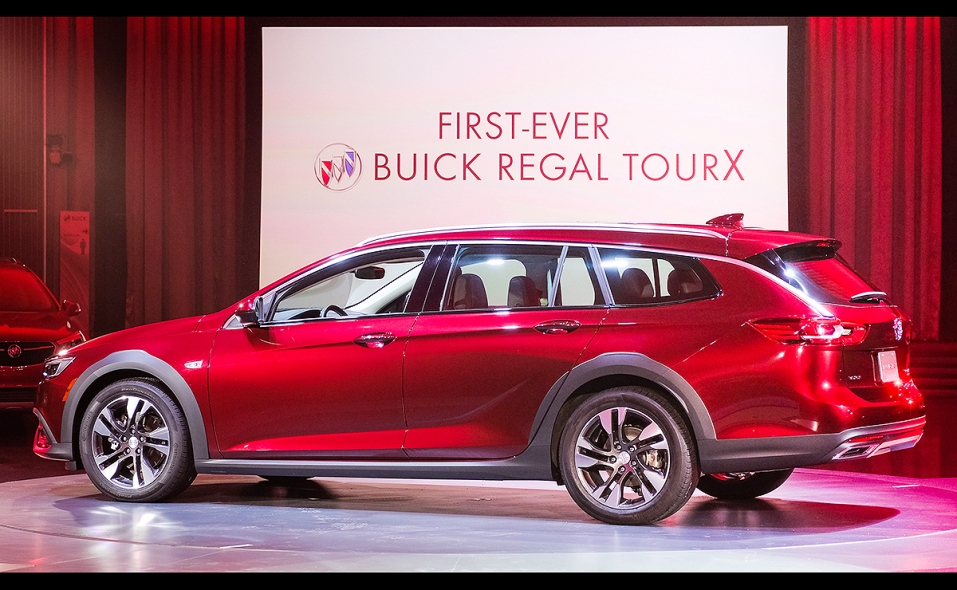 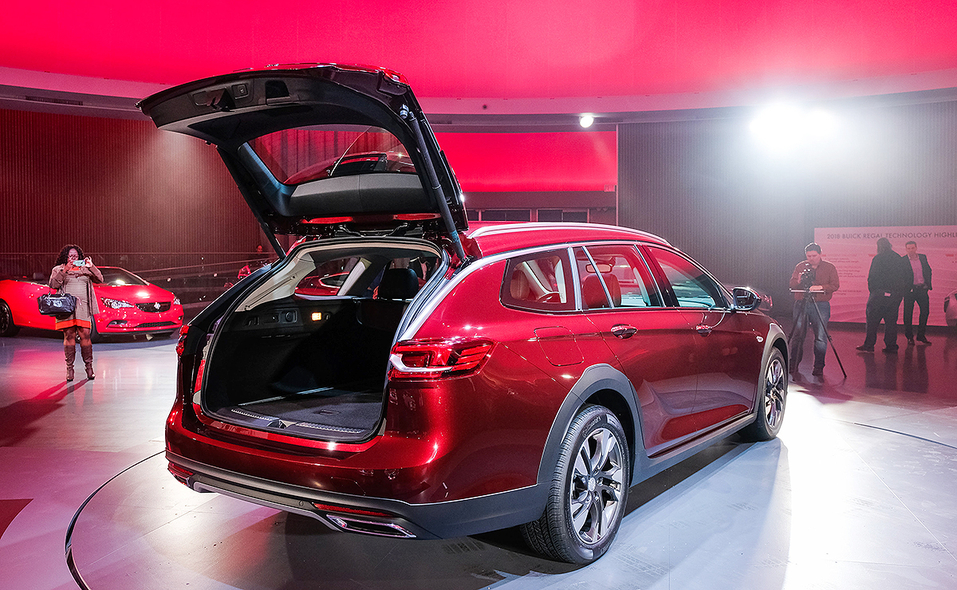 The next-generation Buick Regal, unveiled this week, will be built by Opel in Germany.

AUSTIN, Texas — A redesigned Buick Regal is arriving in dealerships with two new body styles in an attempt to differentiate the car in a fading, yet competitive, midsize segment.

Entering untapped segments isn't new for Buick. The brand found success with its Encore small crossover; however, the Regal marks a unique strategy of moving an existing vehicle into alternative segments.

Brook: Some say move is risky.

"Some have said it's risky. I think for us to just come into the market and do the same thing we've always done was a much bigger risk," Phil Brook, U.S. vice president of marketing of Buick and GMC, told Automotive News during a media drive of the 2018 Regal Sportback through the Texas Hill Country.

The Regal Sportback features a sedan-like silhouette that somewhat camouflages the change until someone opens the trunk and the rear window lifts with it. The body style — popular in Europe, where the car is being produced — allows the vehicle to offer significantly more interior storage and sleeker styling.

Buyers can also choose a wagon version called the Regal TourX that rides about an inch higher than the Sportback.

Brook described the Sportback as a "surprising" change and "big twist" for the midsize car segment, which has been dominated for years by the Toyota Camry and Honda Accord.

The two Japanese nameplates have accounted for roughly 40 percent of mass-market midsize car sales this year through November, according to the Automotive News Data Center. Behind the leaders are about a dozen other competitors fighting for market share in a segment that this year is on pace to fall short of 2 million units for the first time since 2011.

"It is a challenging segment," Brook said. "But we have a lot of Buick buyers in this space, and something we wanted to do is to do it a little bit differently."

Automakers rolling out midsize cars have been fighting a declining market since 2014.

The Regal's share of the segment has dropped from 2 percent in 2011 to no more than 1 percent in each of the last five years. Heading into December, Regal sales were down 43 percent due to the segment's decline and the end of 2017 Regal production over the summer to prepare for the redesign.

Stephanie Brinley, senior automotive analyst for IHS Markit, believes the "bloodbath" in sales for midsize cars is largely over. She expects the Regal Sportback and TourX, which the company is calling a "true crossover," to allow Buick to better compete by standing out from a crowded field of competitors that can often blend together for shoppers.

"It is a smart move," Brinley said. "It does give the vehicle a bit more utility than a traditional sedan does."

IHS forecasts sales of the redesigned Regal to be flat or slightly up from the 20,000 level it has achieved for the last several years.

The previous generation peaked at more than 40,000 units in 2011 — a feat Brinley doesn't believe the new versions will achieve, despite significant enhancements.

"A lot of it has to do with where the market is going as much as anything else," she said. "Adding the wagon body style will be beneficial, but, again, you're slowing a drain and you're fighting against a declining market more than you're fighting into a gaining market."

"This is meant to be a driver's car," Finnegan said. "If you want something that's not on every airport rental lot and everyone on your street has, this remains the unique option."

The Sportback is powered by a 2.0-liter, turbocharged four-cylinder engine that produces 250 hp and 295 pound-feet of torque. It starts at $25,915 including shipping.

The TourX, arriving on dealer lots soon, starts at $29,995. It will be followed early next year by the Regal GS, a higher-performance version of the Sportback with a 3.6-liter V-6 and standard all-wheel drive, priced starting at $39,990.

Buick expects the Sportback to account for the majority of Regal sales, followed by the TourX at 20 percent or more and the GS in line with current sales at about 10 percent.

Helping boost Sportback sales will be a starting price that's roughly $2,000 less than the previous Regal, despite more standard equipment. The pricing is meant to help lure current owners of the compact Buick Verano, which General Motors is no longer producing for the U.S.