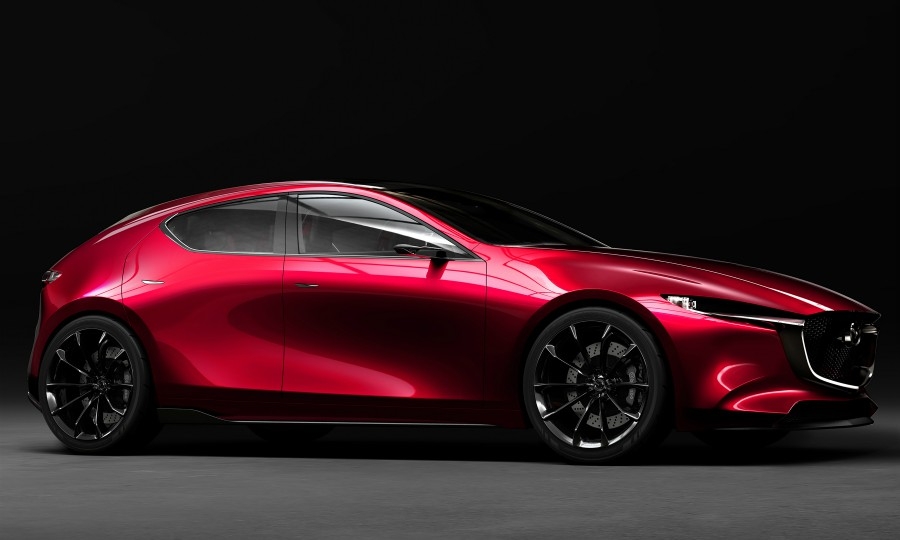 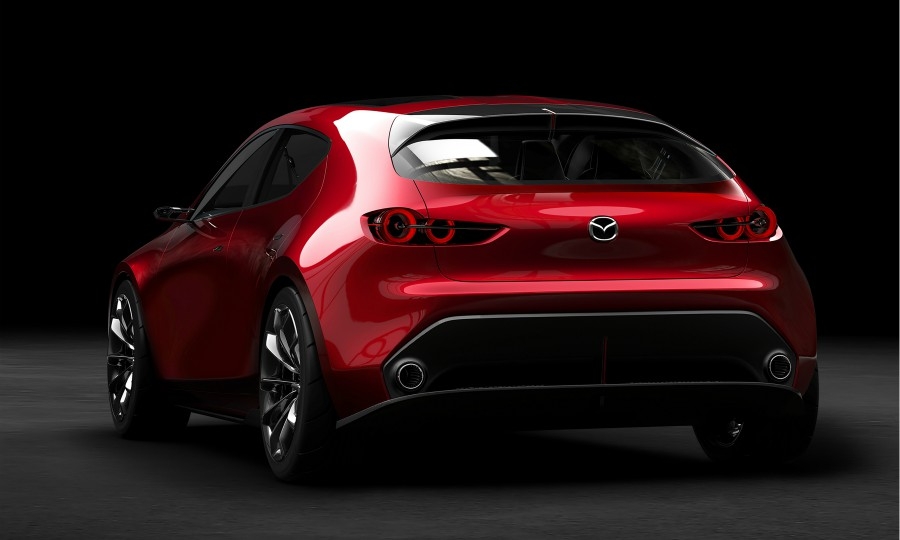 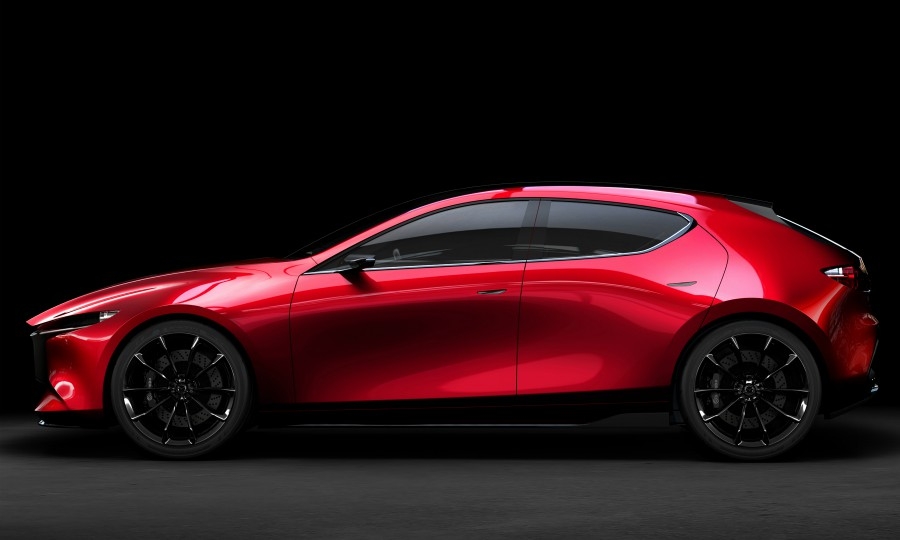 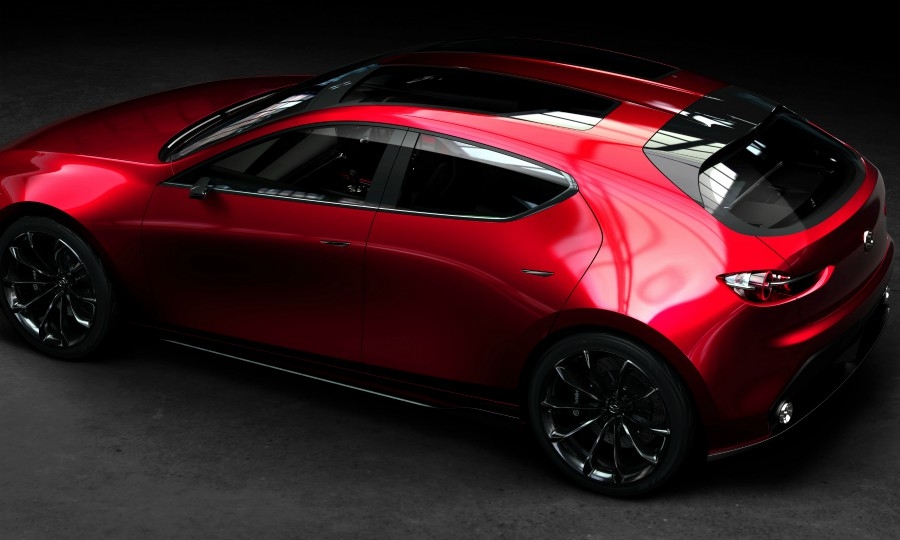 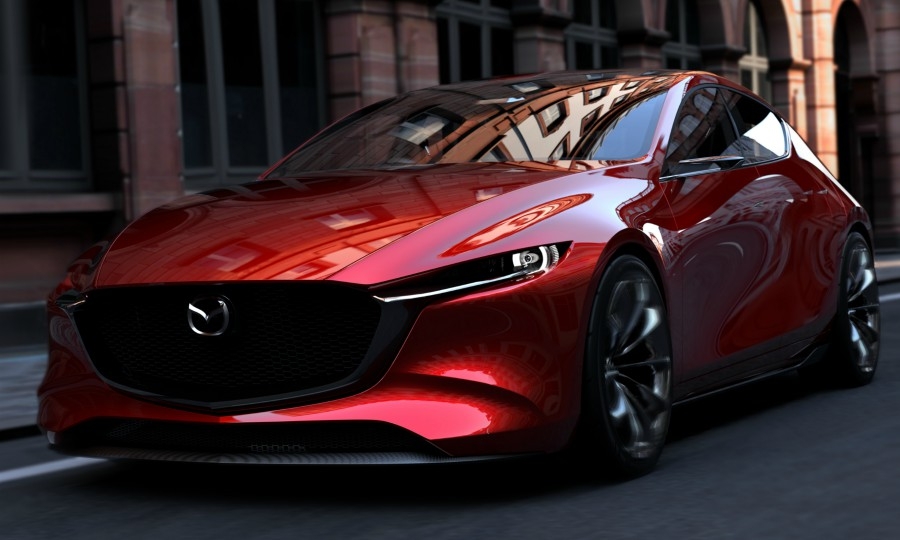 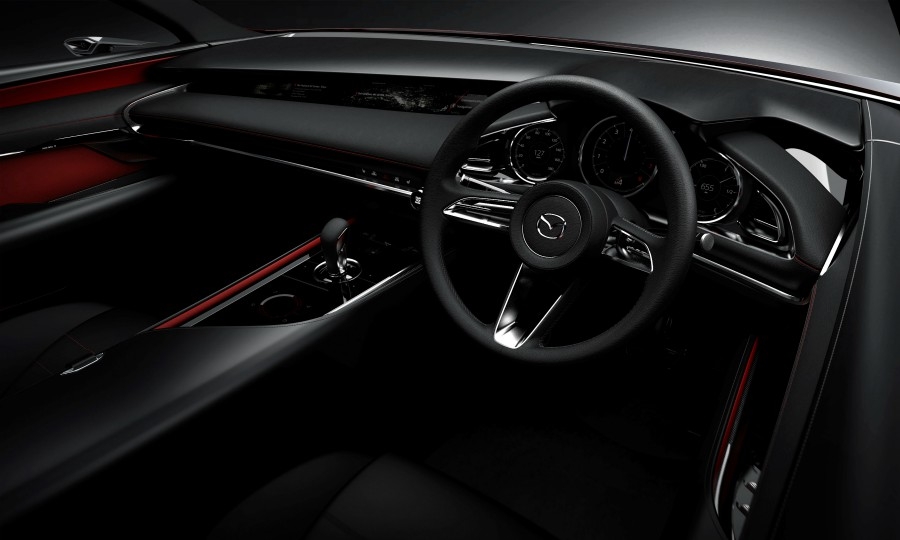 The cars, one a rounded hatchback the other a swept-back coupe-styled sedan, ditch the sharply creased intersecting character lines that have enlivened the Mazda look since 2010.

"We have set out a design philosophy which encapsulates a distinctively Japanese kind of beauty," Maeda said in prepared remarks before the concept unveilings on Wednesday. "Much of Japanese traditional culture is based on the minimalist concept of 'less is more,' where the emphasis is on removing or minimizing elements to create an abundance of empty space."

The new look will hit the market in 2019 and aims to build on the success of the Kodo design language Maeda introduced seven years ago. Kodo won accolades for helping the pint-sized brand stand out from its Japanese competition. It was a key element in the brand's revival, imbuing the new Skyactiv line of engines, transmissions and chassis with a sporty, sexy aura.

The goal, Mazda says, is vehicles "that look truly alive" as the viewing angle changes.

The first car, the Kai Concept, is a product concept that might foreshadow the redesigned Mazda3. It previews the company's plans for a next-generation powertrain and platform.

The Kai Concept gets the Skyactiv-X engine and rides on the company's next-generation vehicle architecture, which will simplify manufacturing by underpinning nearly every vehicle in Mazda's lineup, from the CX-9 large crossover to smaller entries.

The architecture will weigh less, cost less and deliver a quieter ride with crisper handling and better rigidity. Its floor pan was designed to accommodate batteries for electrified cars.

But the Skyactiv-X engine will be the real star of the new technology blitz.

Billed as the world's first commercial gasoline engine to use compression ignition, the Skyactiv-X powertrain promises the new engine will boost torque by up to 30 percent and improve fuel efficiency as much as 30 percent over its current line of engines.

The new architecture and Skyactiv-X engine go on sale in 2019, wrapped in the new design.

On the outside, the Kai Concept has nary a straight line or crease.

The rear is sensually smoothed with wide haunches over the rear wheels, rounded C-pillars and subtly sculpted hollows along the side of the front doors. The front keeps the traditional Mazda shield grille, but the headlights are shaved down to mere slits.

The other car on show, the Vision Coupe, is a styling pointer that plays with a rear-slung coupe-like sedan that gets a long hood and short rear deck.

Like the Kai, it bears the rounded hallmarks of the new design language.

"Our next challenge is to explore the essence of Japanese aesthetics and use finely honed reflections and highlights to create an elegance that is unique to Japan," Maeda said.

Inside, the Vision Coupe gets some more Japanese touches.

Drawing from the country's traditional architecture, Maeda tries to achieve a cabin ambiance of "ma," the Japanese word for space. The goal is three-dimensional depth with a strong longitudinal axis that promotes a relaxed atmosphere with a sense of speed.

A minimalist twist to the interior is a newly designed see-through display screen. It functions as a display only when required, creating a more open feel with better driver visibility.

"In recent times, car interiors have come to be dominated by large displays," Maeda said. "Although considerable amounts of information need to be supplied to the person operating the car, these screens can easily become a barrier that blocks the driver's view."

A key product planning concept at Mazda has long been jinba-ittai, which roughly translates as "rider and horse, together as one." It captures Mazda's ethos of building a bond between driver and machine that is as reflexive as that between a horse and its rider.

Mazda builds on that connection with the control layout.

"One example is in the way the driver touches the center console to call up information on the display," Mazda says. "This could be compared to the way a rider communicates with the horse by stroking its mane and back."