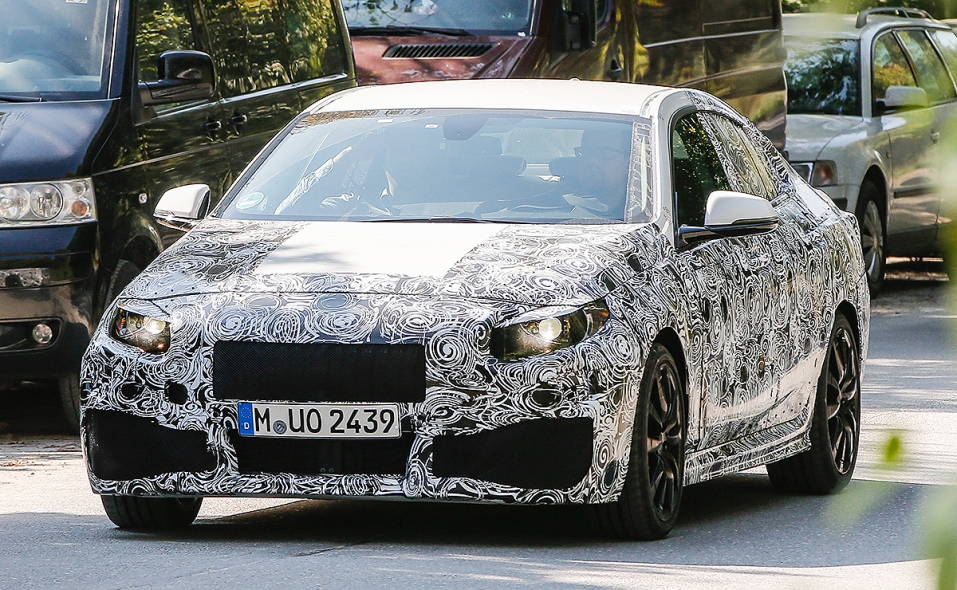 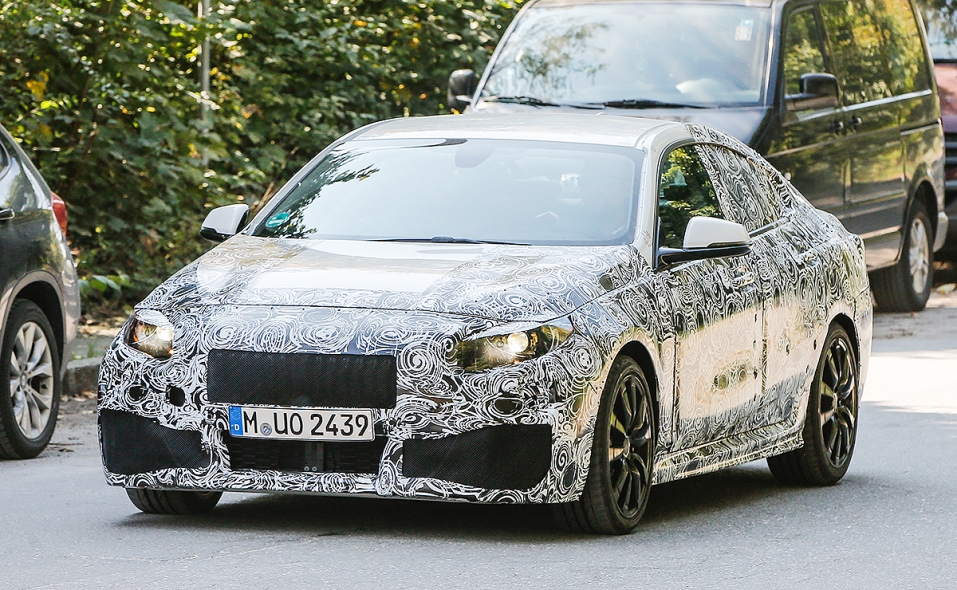 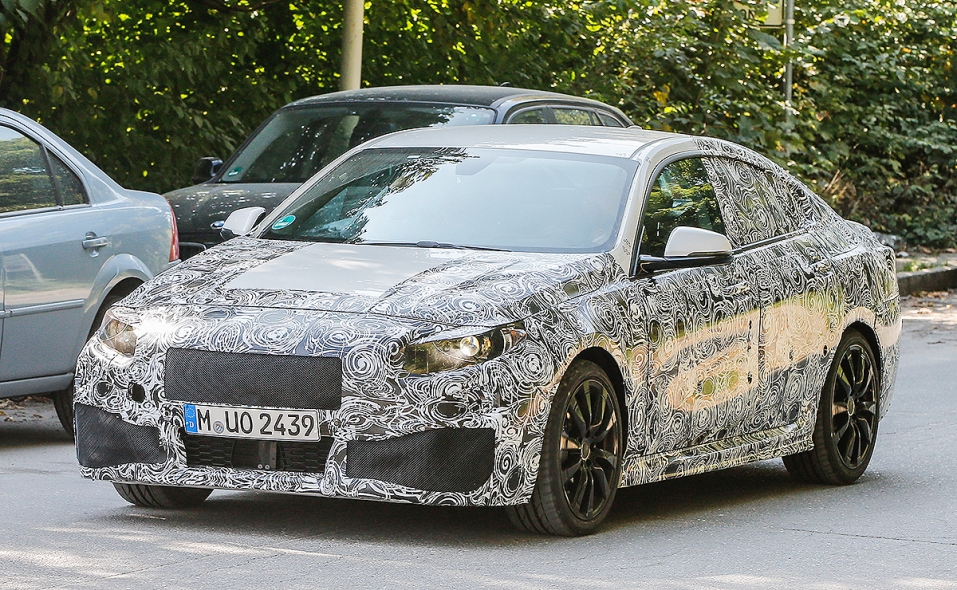 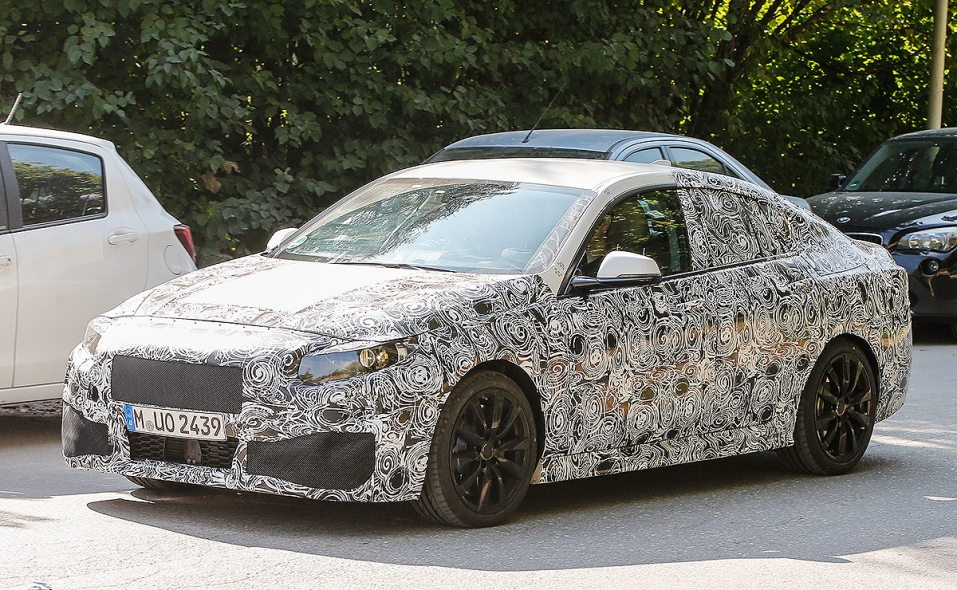 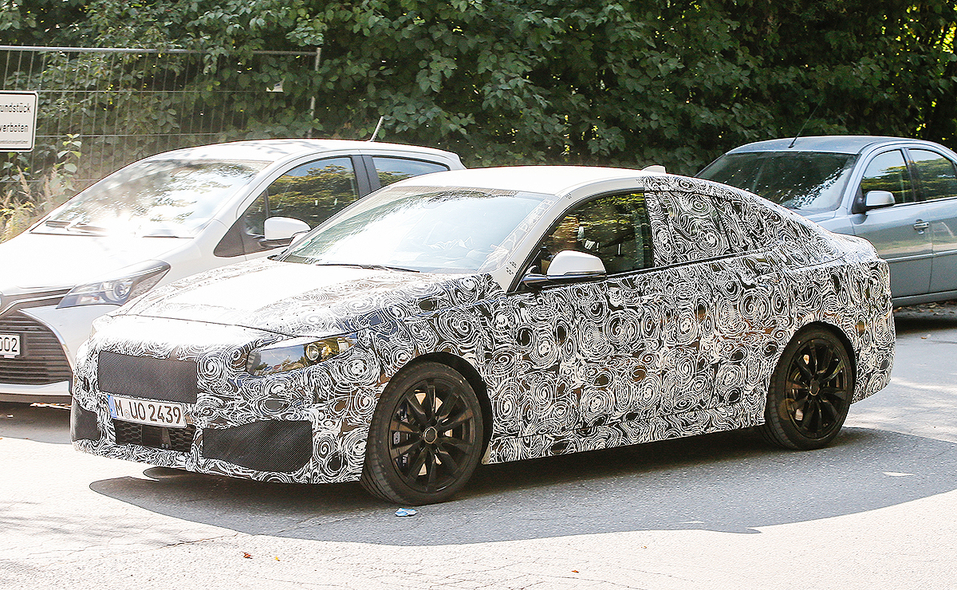 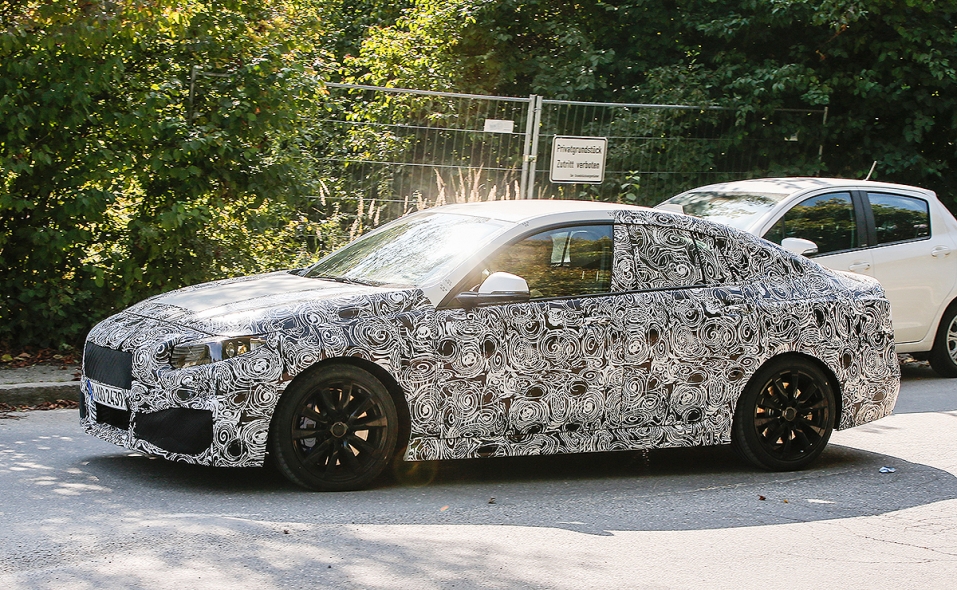 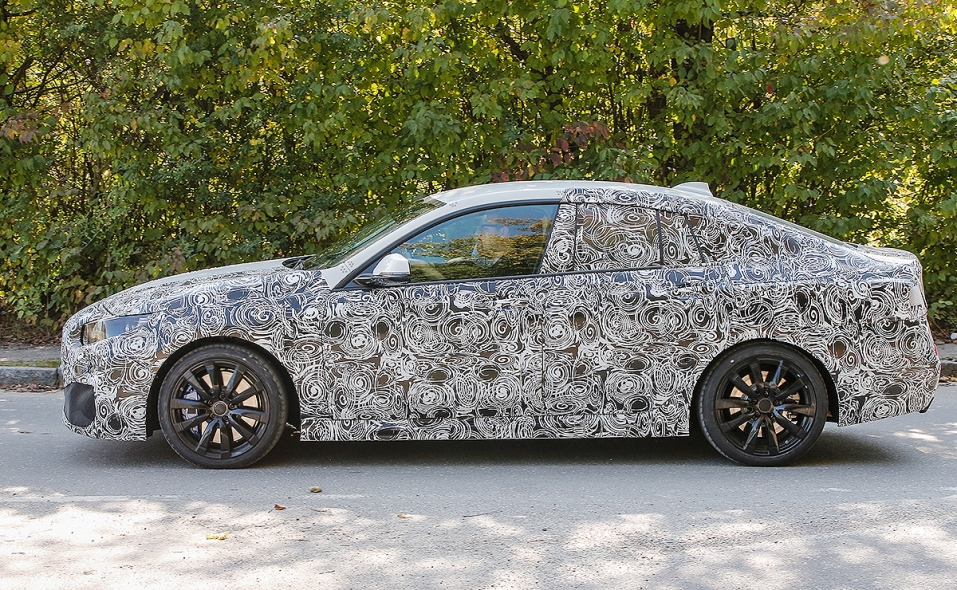 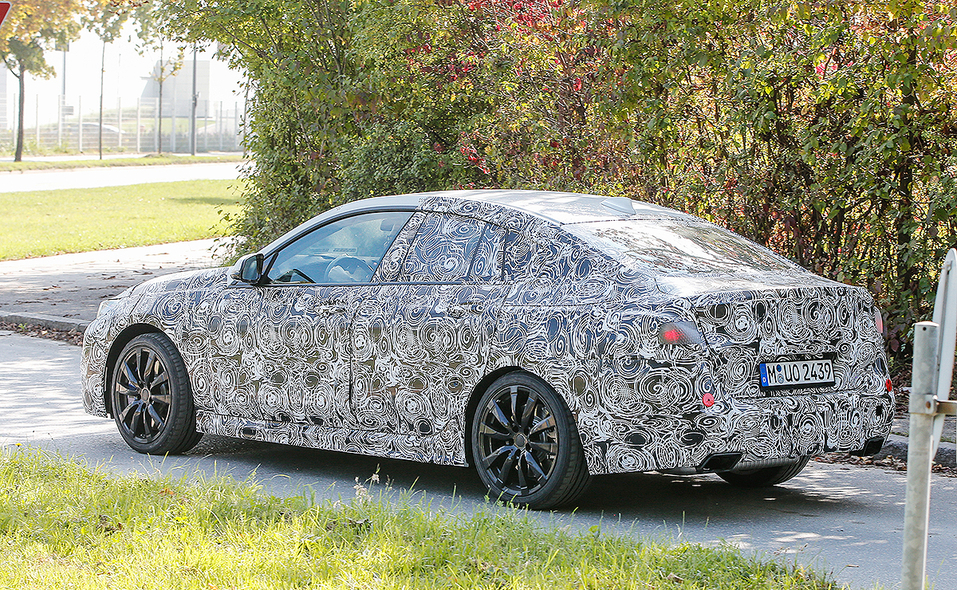 SPIEDBILDE | BRIAN WILLIAMS
New spy shots seem to confirm that the coming 2-series Gran Coupe will be built on a fwd platform. 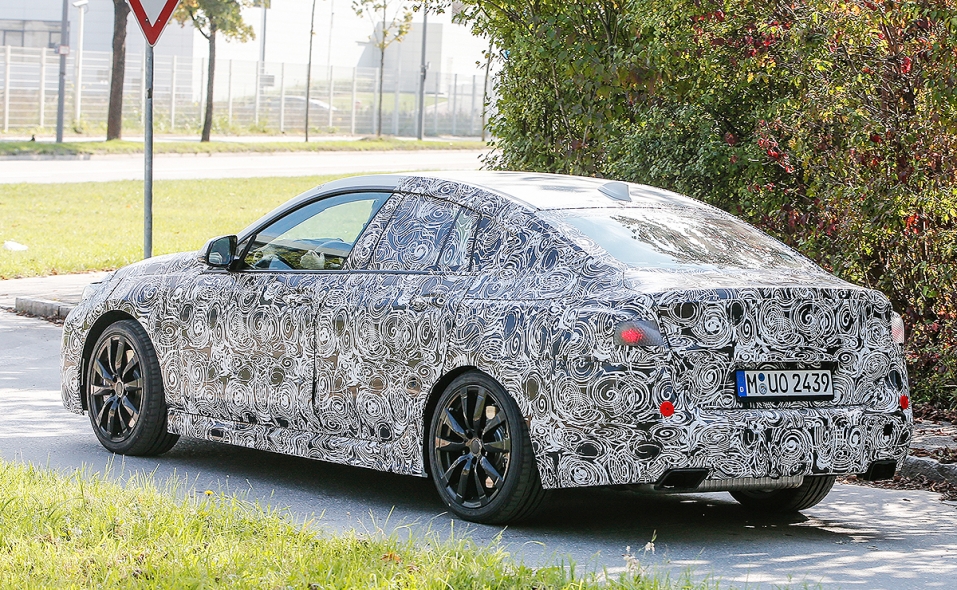 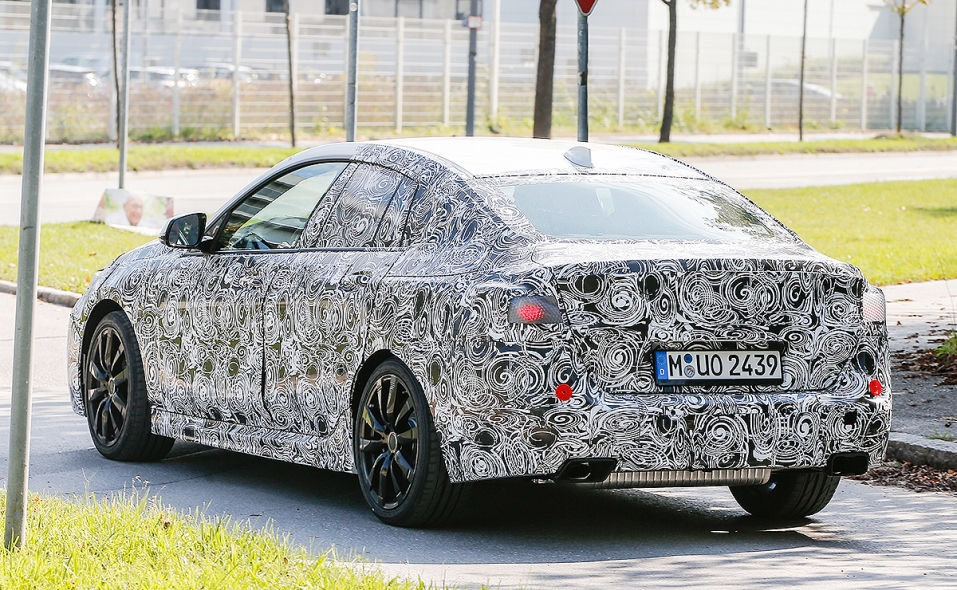 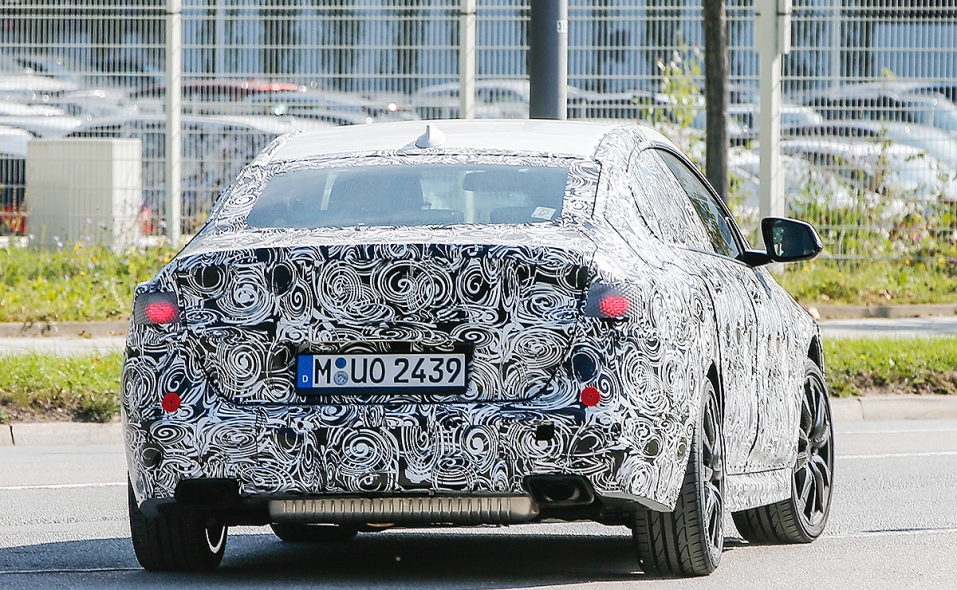 BMW will turn to front-wheel-drive for a new four-door variant of the 2 series coming in 2020.

New spy shots seem to confirm that the coming 2-series Gran Coupe will be built on a fwd platform -- the same platform that underpins the Mini lineup and the smaller 1-series sedan currently slated only for China. The 2-series Gran Coupe -- a four-door with coupelike styling -- is expected to go on sale in early 2020 in the U.S. All-wheel drive should be optional.

The Gran Coupe will be sold globally and is expected to be offered with an array of three- and four-cylinder gasoline and diesel engines. In the U.S., a 2.0-liter turbocharged four-cylinder paired with an eight-speed automatic transmission is likely to be the only powertrain option offered, according to Motor Trend.

The move to fwd is a departure for the 2-series family in the U.S. market. The 2-series coupe and convertible sold here are built on a rwd platform; awd is optional. They are expected to be redesigned in 2022.

BMW offers the fwd 2-series Active Tourer and Gran Tourer models in some markets, but they aren't sold in the U.S.

Ferrari brings forward launch of first EV
Sponsored Content: Lead Quality and Why It Matters More Now Than Ever