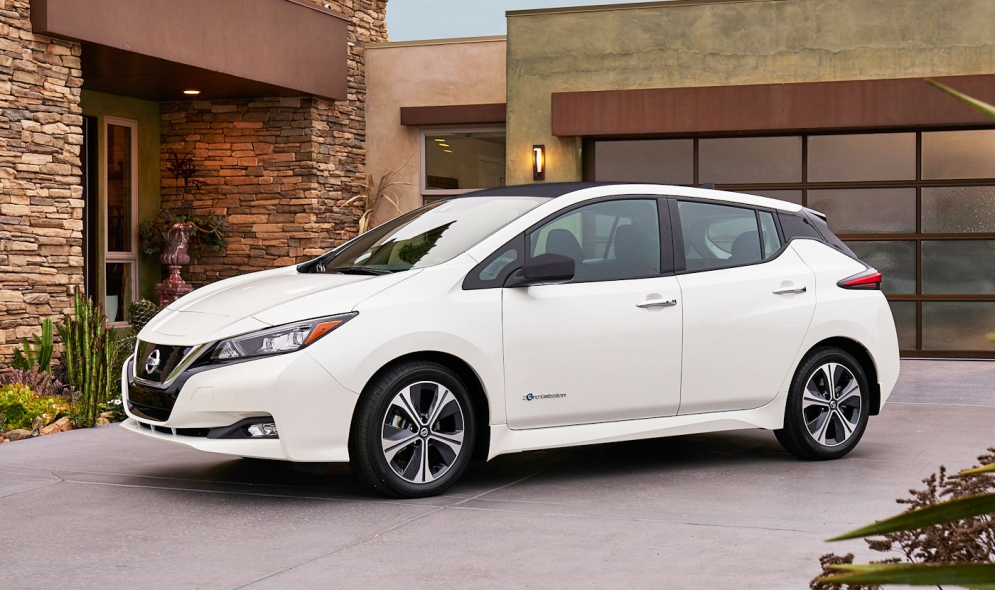 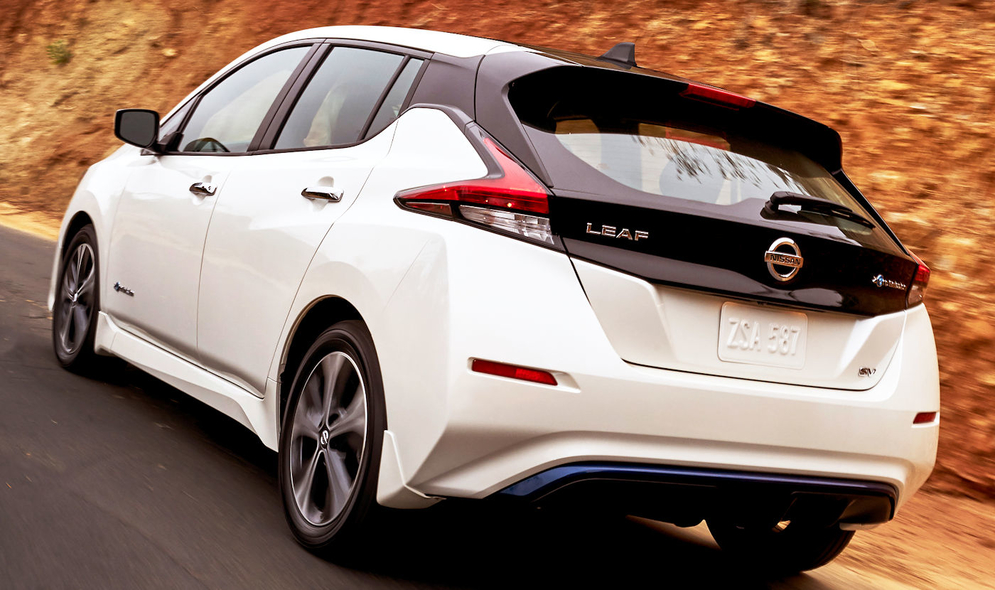 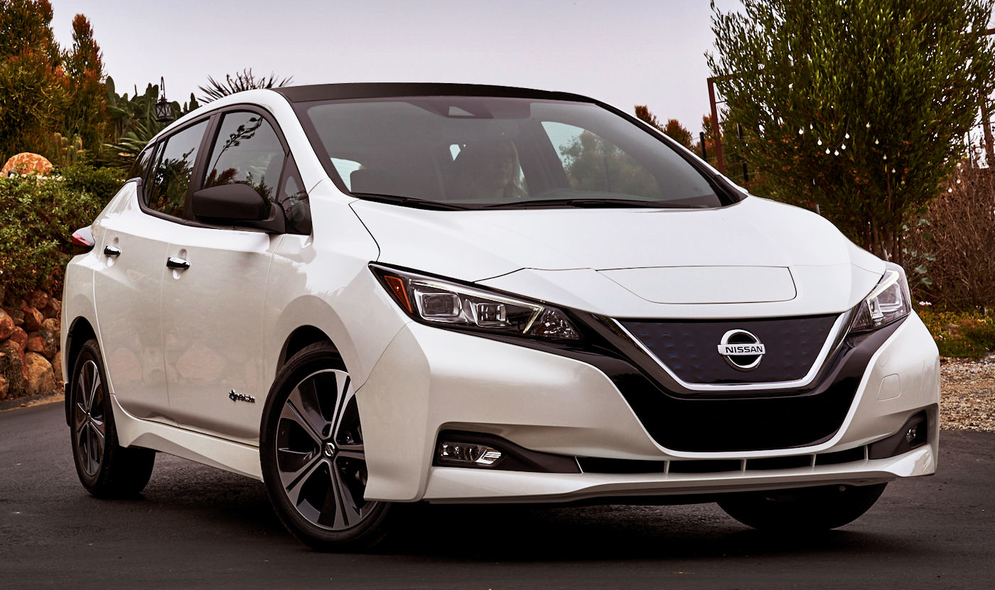 Nissan Leaf sales in the U.S. edged up 2.8 percent to 10,953 deliveries through October of this year.
Share 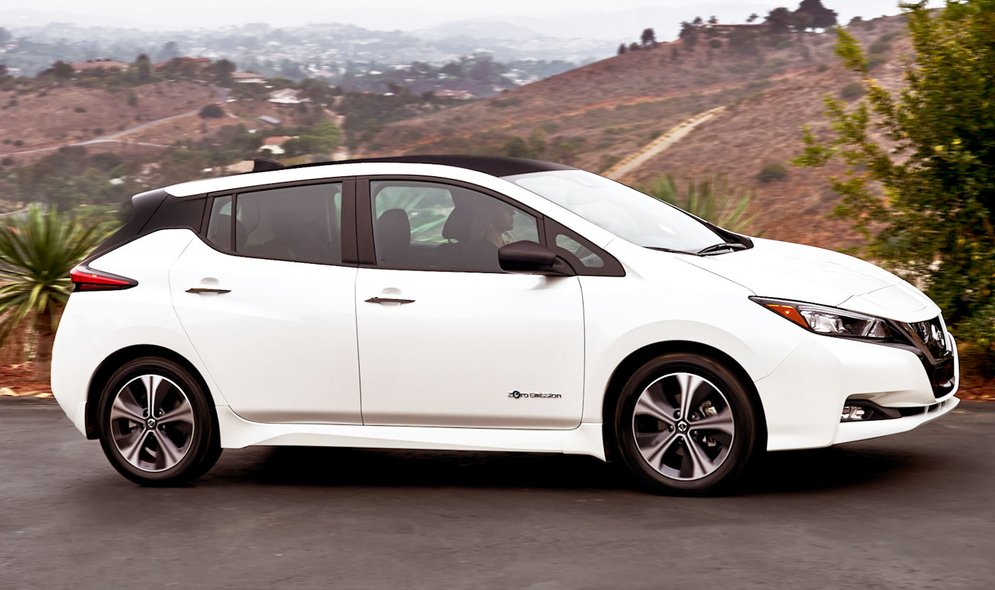 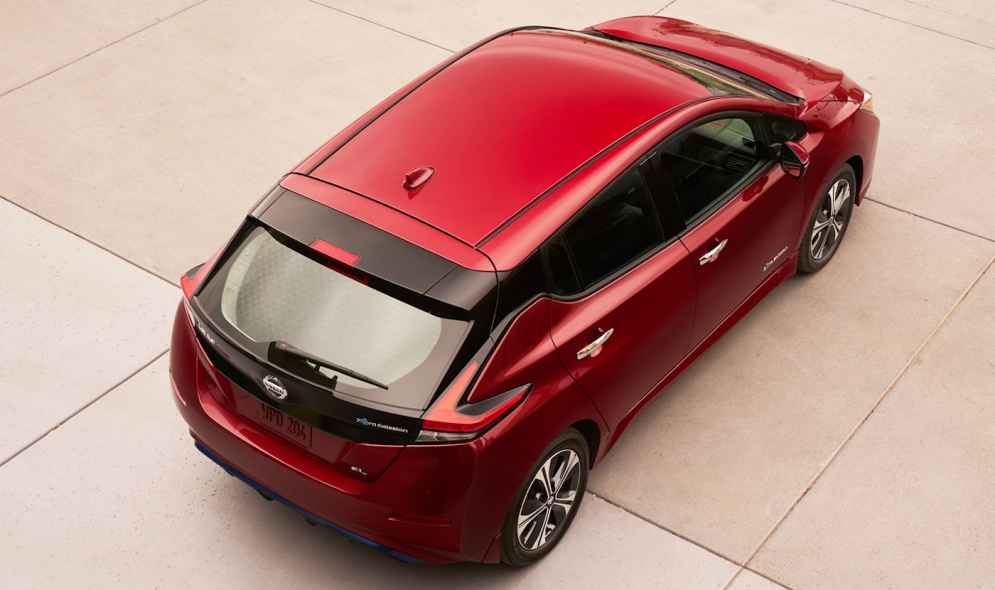 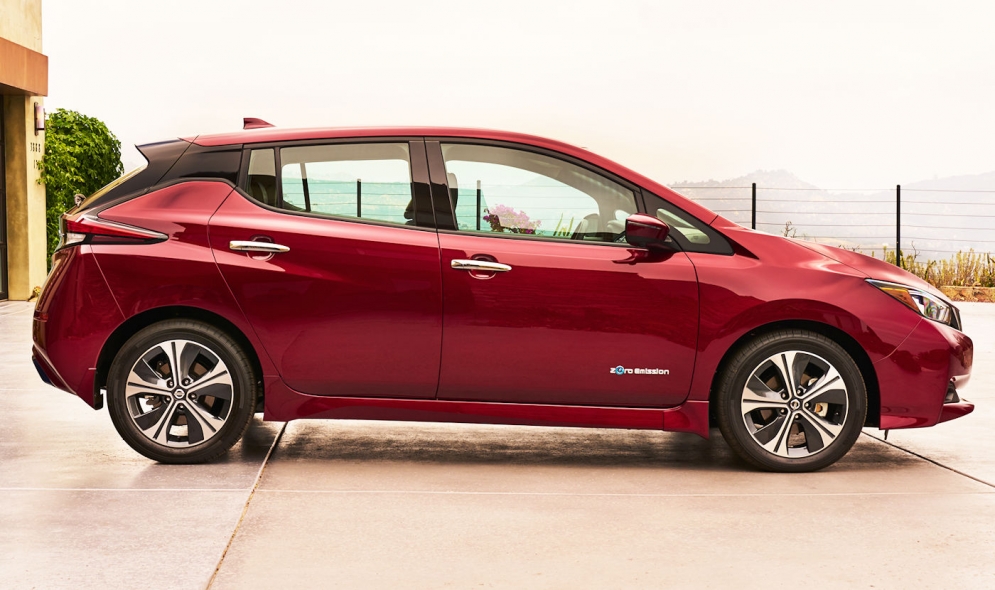 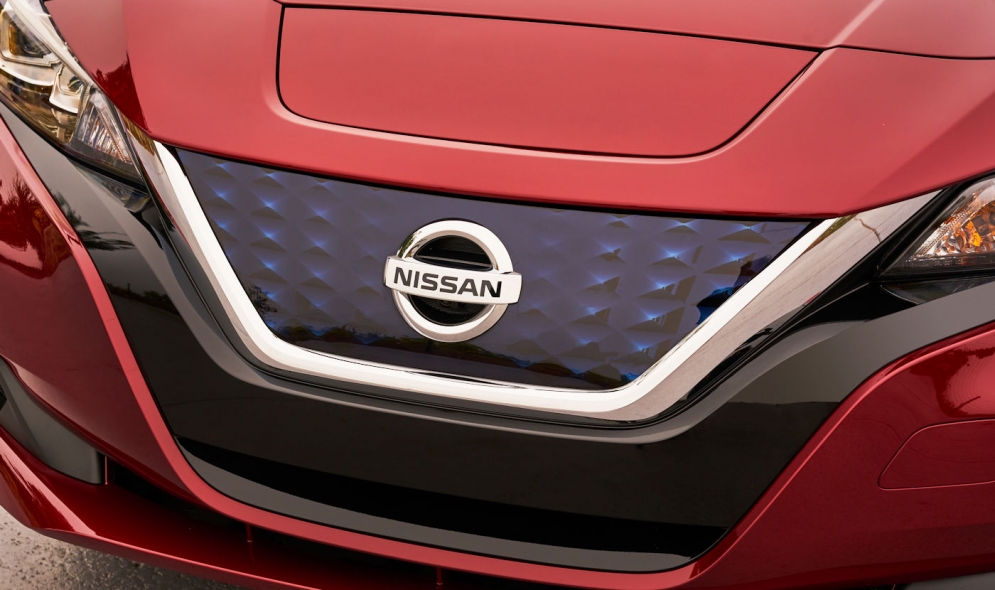 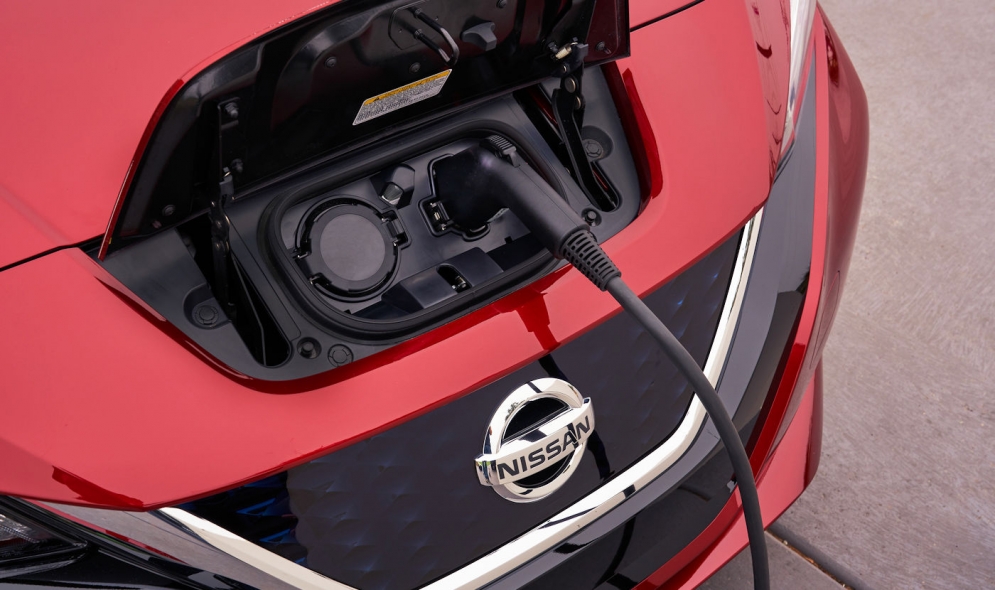 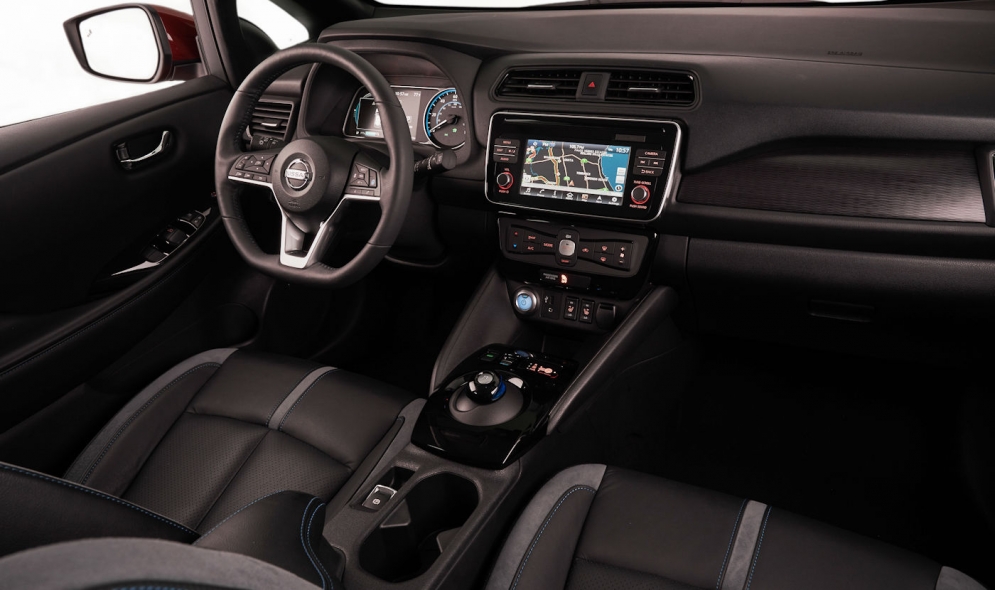 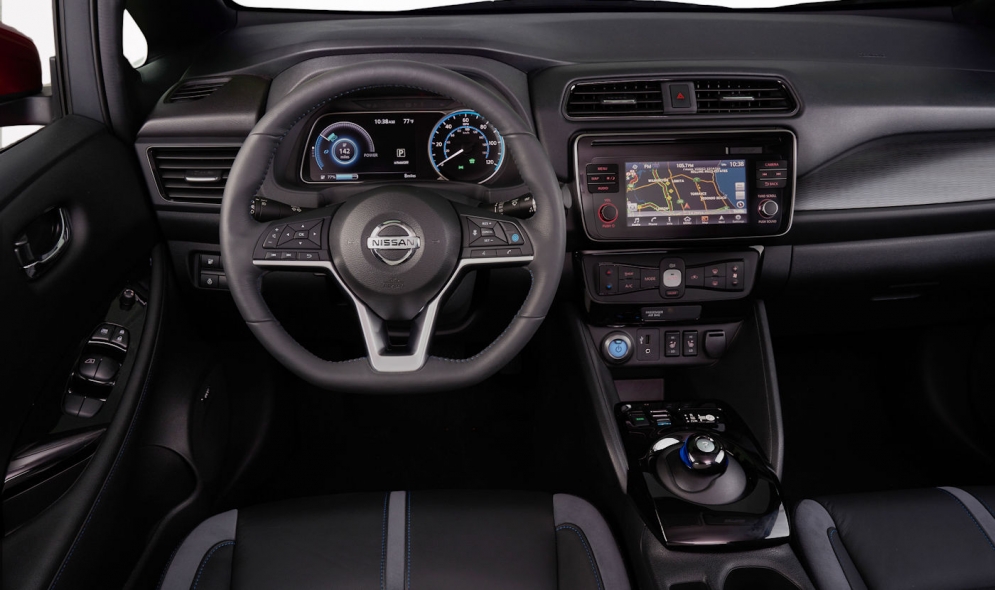 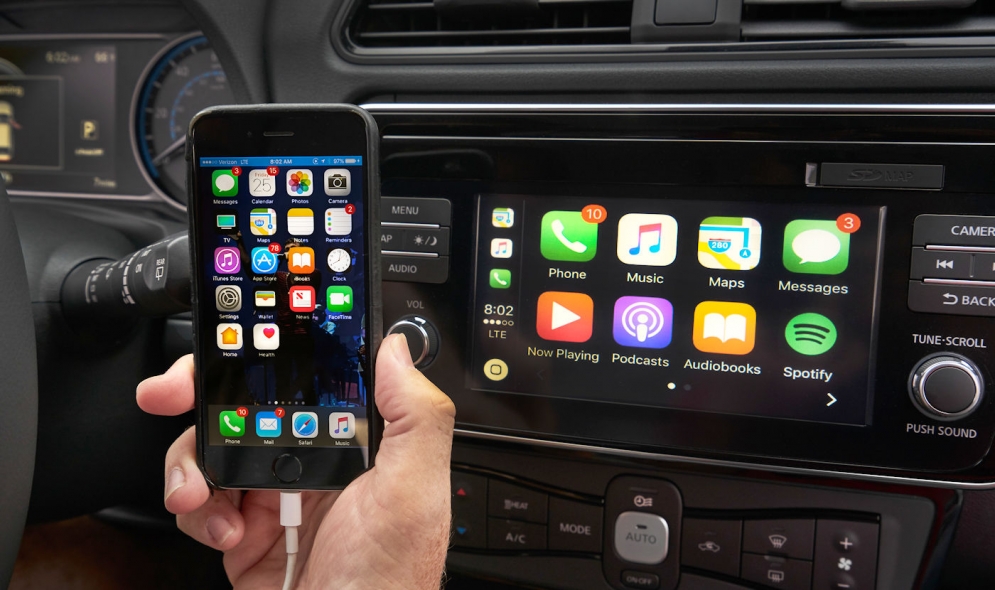 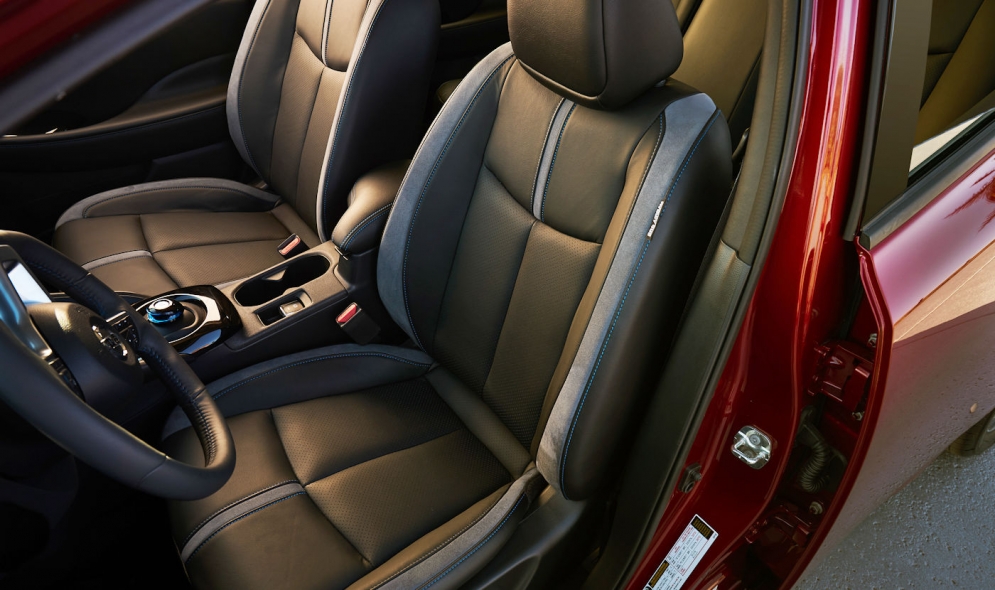 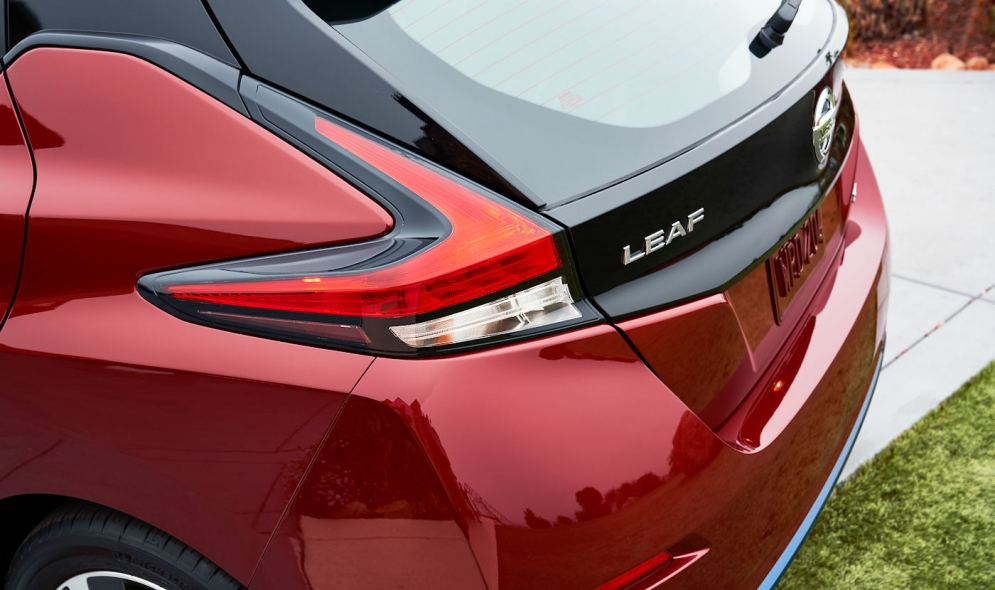 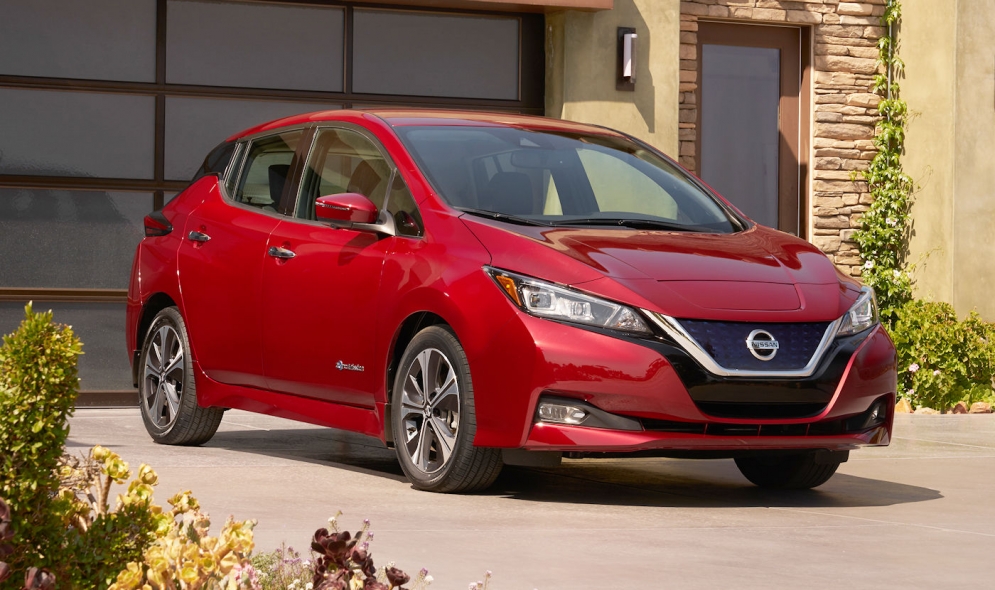 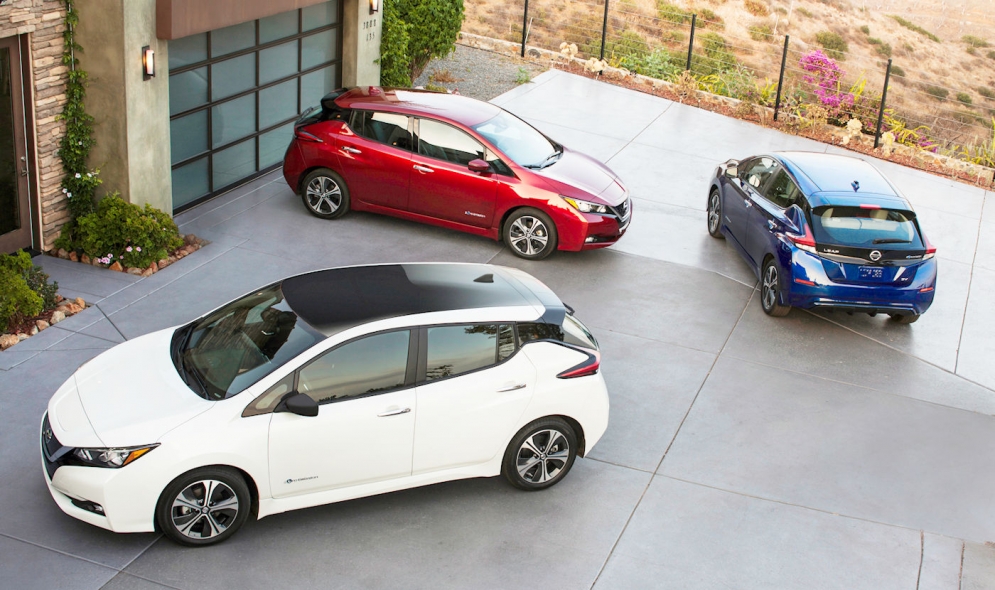 TOKYO – Nissan's Leaf may be the world's best-selling electric vehicle. But the automaker is pitching the second generation as all that and much more.

The redesigned Leaf starts by boosting the range some 40 percent to 150 miles to ease worries about being stranded with a depleted battery. That is enough to eliminate range anxiety in markets such as Japan and Europe, CEO Hiroto Saikawa said at the car’s Tokyo unveiling.

A performance-oriented Leaf with a more powerful motor and higher battery capacity will arrive in the fiscal year starting in April 2018. That will have enough juice to make range anxiety a memory in North America as well, Saikawa said. A premium edition will also follow.

On the outside, the new Leaf also dumps the old bulbous profile for a sleeker, more conventional hatchback design tweaked to appeal to the masses.

But the updated EV also loads up automated driving features and connected-car functions. Under the banner of Intelligent Mobility, Nissan is trying to eclipse the electric vehicle segment with new technologies as competitors pile into the market with rival offerings.

“To call the new Nissan Leaf just an EV does not tell the full story of the ingenuity behind the vehicle nor does it represent its massive potential,” said Daniele Schillaci, executive vice president for zero emissions as well as global marketing and sales.

The Japan-market version was unveiled at a carnival-like, laser-lit event outside Tokyo. It promises peppier pick up. It upgrades to a 40 kilowatt-hour lithium ion battery, from a 30 kilowatt-hour one. Maximum motor output climbs to 110 kilowatts, from 80 kilowatts, and top torque increases 26 percent. Next year’s performance edition will get a 60 kilowatt-hour battery.

Saikawa said the 60-kwh version will deliver a range of more than 300 miles, enough for nearly every driving need in the United States. But he did not specify a testing cycle. Japanese testing cycles, for example, are more lenient and allow for longer EV ranges.

A Nissan official later said the bigger battery wouldn’t reach 300 miles under the EPA testing but that it could deliver that kind of extended range in real-life driving.

The Leaf also gets an updated edition of Nissan’s ProPilot autonomous driving system as well as a new e-Pedal technology that turns the gas pedal into a combined accelerator-brake.

Nissan says equipment and technologies on the Leaf will vary by market.

The new car is a little longer and wider than the its predecessor, while keeping the same wheelbase. It is also slightly lower to aid aerodynamics and lend a svelter silhouette.

Global sales of the new Leaf should be at least double that of the outgoing model, and maybe triple, Saikawa said. Nissan sold 47,000 Leafs worldwide last year, implying sales of at least 94,000 units and possibly as high as nearly 150,000. “The minimum, minimum line that I said is double the sales and it could be triple,” he said.

The EV landscape is vastly different from December 2010, when Nissan pioneered new ground by introducing the first-generation Leaf. Back then, it was considered gutsy to simply try seling an EV, with their costly batteries and limited range. But Nissan went all in, with plans to build assembly lines for the new car on three continents and its own battery factories to boot.

Carlos Ghosn, then CEO of both Nissan and its French partner Renault, predicted the alliance would sell some 1.5 million EVs by 2016. It didn’t quite work out that way.

Through July, the alliance’s cumulative EVs sales reached 481,000 vehicles worldwide. The Leaf alone accounted for 281,000, still off mark but enough to make it the world’s top-selling EV.

In the meantime, however, plenty of other carmakers became convinced of the potential of EVs. And today, competitors have entered the mass-market EV arena from nearly every corner.

Telsa has moved down market with its Model 3. General Motors has introduced its Chevrolet Bolt EV. Hyundai joined the fray with an all-electric version of its Ioniq eco car. And Volkswagen, Honda, Ford and Toyota are among the many others working on their own electric cars.

“Nissan takes pride in being an EV pioneer,” Saikawa said. “The entire world is shifting toward an era of EVs.”

Saikawa, who took the helm from Ghosn in April, says reasserting Nissan’s lead in electric vehicles is a top priority. Despite massive capacity investment in the U.S., Europe and Asia, Nissan is still coasting on the single Leaf hatchback introduced in 2010.

In an interview with Automotive News earlier this year, Saikawa said Nissan needed to expand its lineup of electric vehicles beyond the Leaf and offer new technologies to differentiate them.

The new Leaf aims to kick it up a notch by offering more than just battery-powered driving. That's where Intelligent Mobility enters with its promise of automated driving and connectivity.

For starters, the next Leaf gets an updated version of Nissan’s ProPilot autonomous driving system. It allows the Leaf to drive itself in stop-and-go traffic and in single-lane highway journeys, even around curves. But Nissan is adding a new push-button self-parking function.

Nissan says ProPilot Park will allow the Leaf to self-park in parallel, angled, front-in and straight back-in spots by automatically taking over the accelerator, braking and steering.

Another new gizmo is Nissan’s so-called e-Pedal. It turns the accelerator into a brake-cum-gas pedal, allowing one-pedal driving. Push down, it speeds the car ahead. Lift off the gas, and the car will slow to a complete stop even on hills. Nissan says it can cover 90 percent of a driver’s needs, relieving drivers of the stress of shifting back and forth from the brake and accelerator.

The technology uses motor braking and standard friction braking to slow the car. It is an upgrade of a similar system use in the Nissan Note e-Power, a hybrid vehicle sold in Japan.

On the connectivity front, the new Leaf will feature more advanced vehicle-to-infrastructure technologies that enable the car to connect to the power grid.

The next Leaf achieves a full-charge driving range of 150 miles EPA for the U.S., up from the outgoing Leaf’s 107 miles. In Japan, the range of the second generation is rated 400 kilometers (249 miles), up from 280 kilometers (174 miles) under Japan’s testing regime.

But the Leaf faces a crowding field of rivals.

Both cars offer automated driving functions such as lane-keep assist and advanced cruise control. But they are optioned as pricey upgrades. Model 3 buyers must plunk down an additional $5,000 for an enhanced Autopilot system. And to get full self-driving capability, Tesla owners must pony up an additional $3,000. For the Bolt EV, drivers must shell out $4,000 extra.

Still, selling any EV is an uphill challenge in the current climate, when cheap gasoline prices deflate interest in green vehicles and bulked-up crossovers and SUVs are all the rage.

The Bolt EV, which hit dealer lots earlier this year, is outselling the Leaf in the U.S., but not by much. Bolt EV sales totaled 11,670 units through August in the U.S.

Leaf sales were up 22 percent in the U.S. through the first eight months.

But that was with the help of incentives averaging $16,246 per vehicle, according to industry figures from Autodata Corp. Even then, overall Leaf volume rose to a modest 9,685 units.