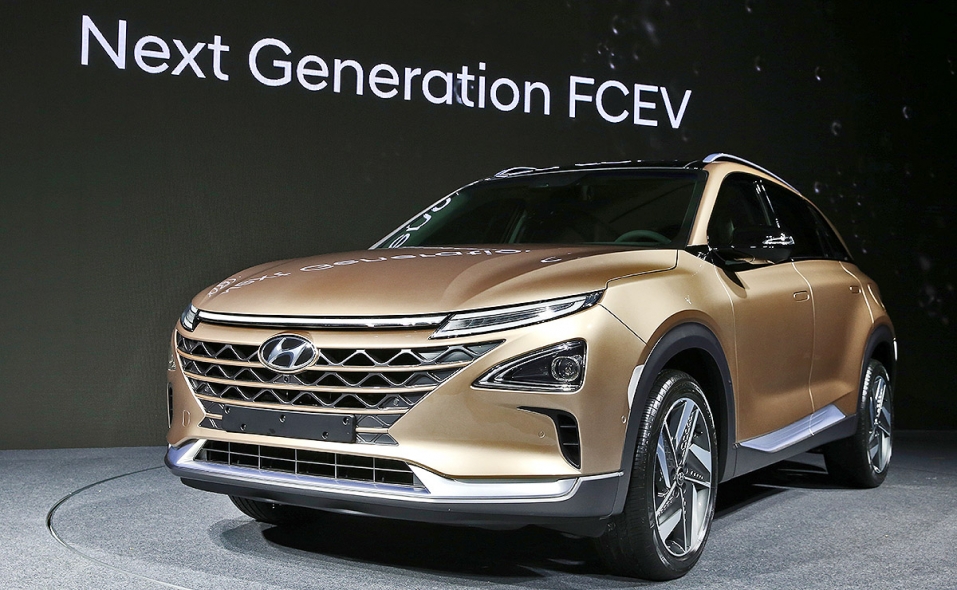 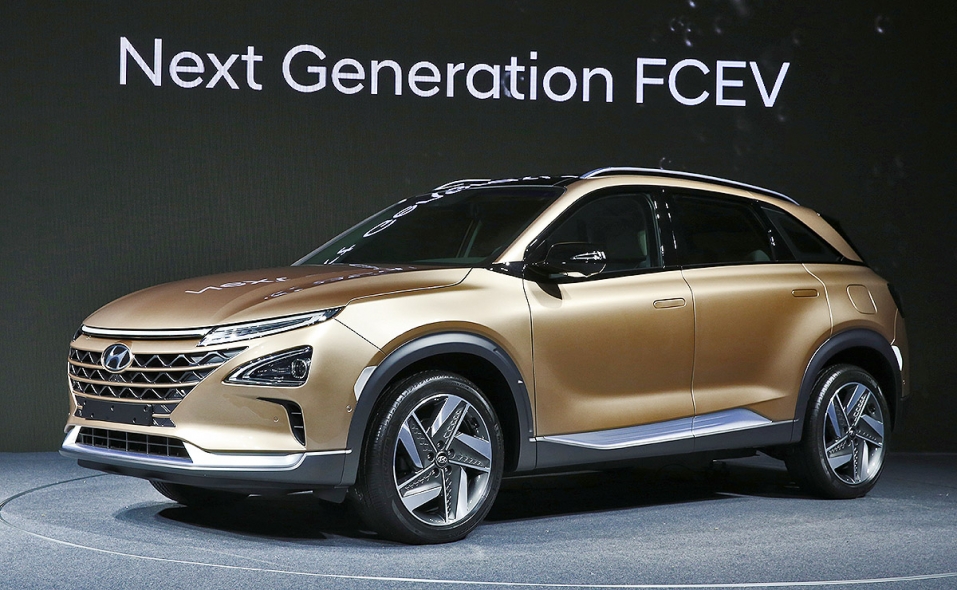 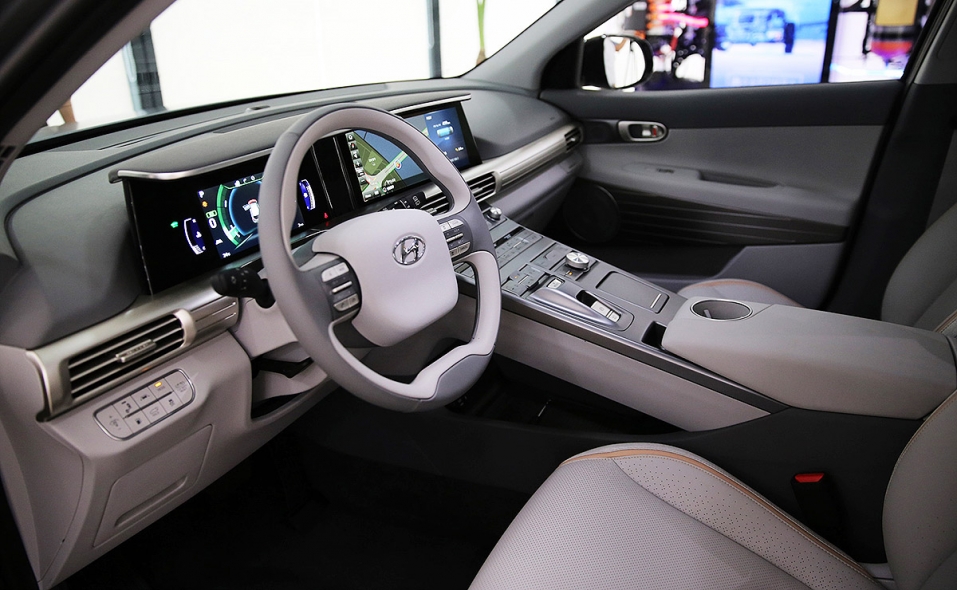 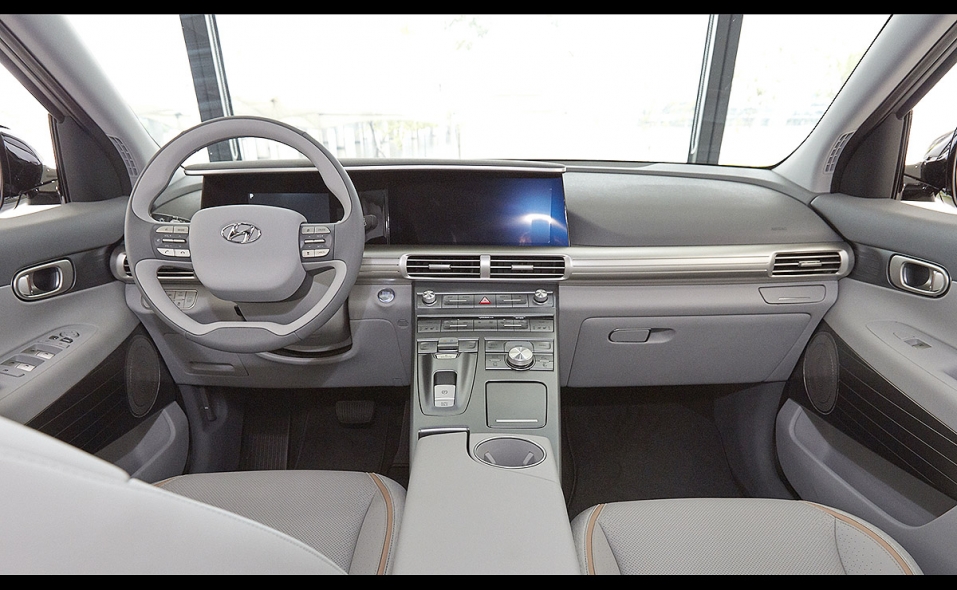 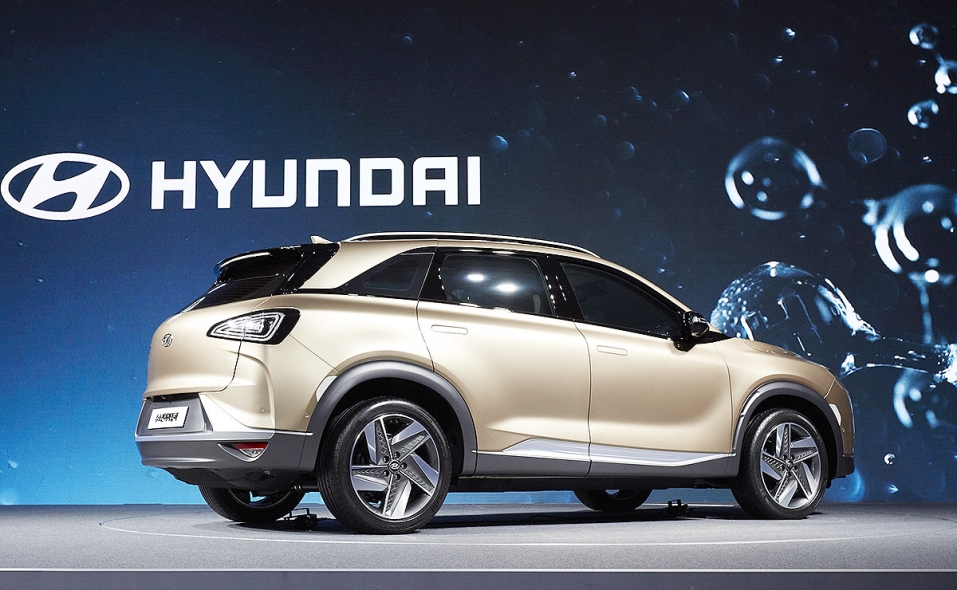 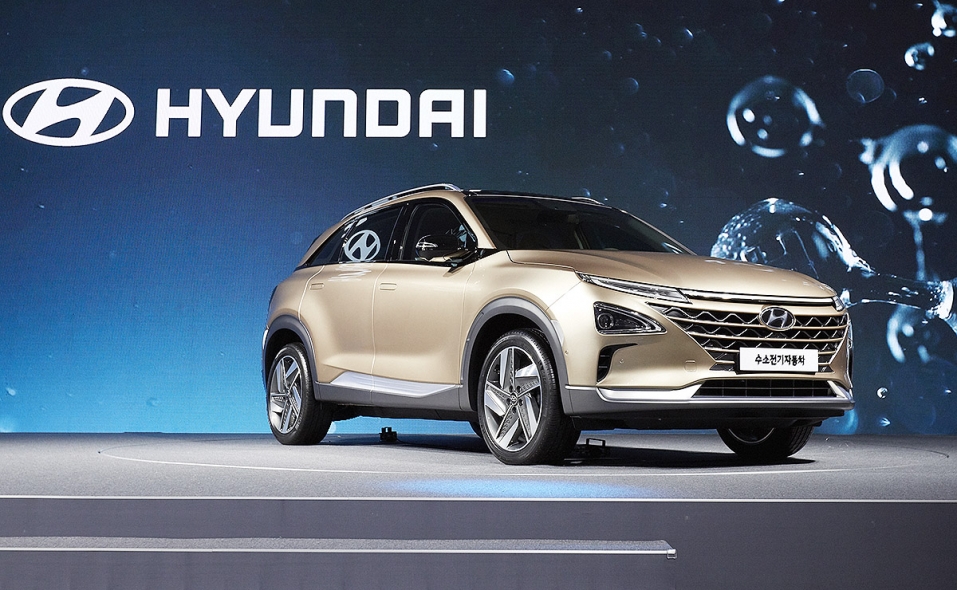 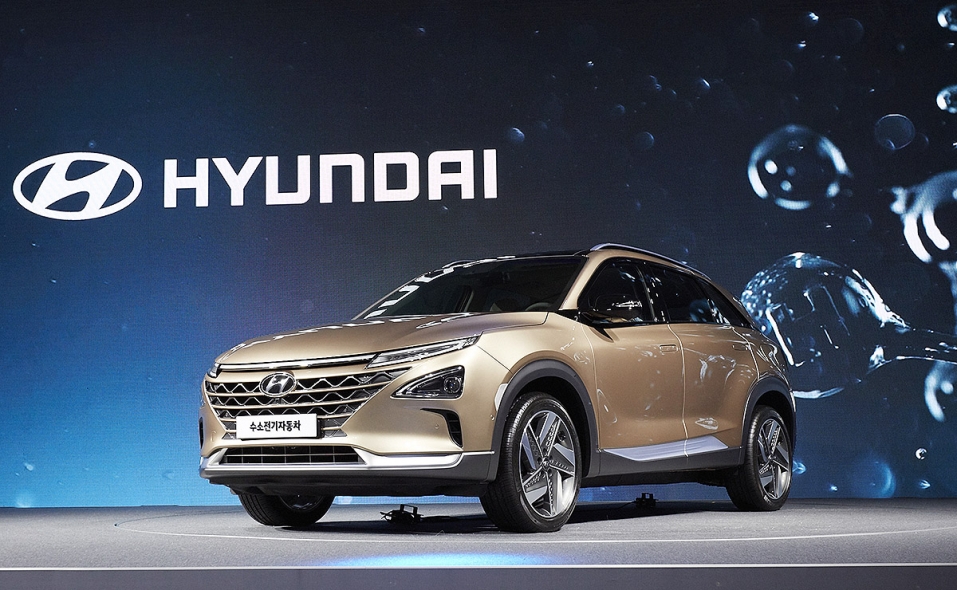 SEOUL -- Hyundai Motor Co. said on Thursday it was placing electric vehicles at the center of its product strategy -- one that includes plans for a premium long-distance electric car as it seeks to catch up to rival automakers.

Like Toyota Motor Corp., Hyundai had initially championed fuel cell technology as the future of eco-friendly vehicles but has found itself shifting electric as Tesla Inc. shot to prominence and battery-powered cars have gained government backing in China.

Hyundai is planning to launch an electric sedan under its high-end Genesis brand in 2021 with a range of 310 miles per charge. It will also introduce an electric version of its Kona small crossover with a range of 242 miles in the first half of next year.

The automaker and affiliate Kia Motors Corp., which together rank fifth in global vehicle sales, also said they were adding three plug-in vehicles to their plans for eco-friendly cars, bringing the total to 31 models by 2020.

To see the full product pipeline for Hyundai, Kia and Genesis, click here.

Underscoring Hyundai's electric shift, those plans include eight battery-powered and two fuel-cell vehicles -- a contrast to its 2014 announcement for 22 models, of which only two were slated to be battery-powered.

Hyundai also confirmed a Reuters report that it is developing its first dedicated electric vehicle platform, which will allow the company to produce multiple models with longer driving ranges.

Last year, it launched its first mass-market pure electric car IONIQ, but the vehicle's per-charge driving range is much shorter than offerings from Tesla and General Motors.

Hyundai says its next fuel cell electric crossover will feature a driving range of more than 360 miles per charge, compared with 258 miles on the current Tucson fuel cell vehicle. The unnamed, midsize crossover will be launched in Korea early next year, followed by U.S. and European markets.

Hyundai unveiled a near production version of its new fuel cell crossover with a driving range of more than 360 miles per charge, compared with the 258 miles for its current Tucson fuel cell SUV.

The midsize crossover will be launched in Korea early next year, followed by U.S. and European markets.

A fuel cell electric bus is slated to be unveiled late this year, while a sedan-type fuel cell car is also planned. Even so, analysts noted that gaining traction with fuel cells was going to be a long hard slog partly due to a lack of charging infrastructure.

"Hyundai will achieve economies of scale for fuel cell cars by 2035 at the earliest," said Lee Hang-koo, a senior research fellow at Korea Institute for Industrial Economics & Trade.

"Before that, Hyundai has no choice but to rely on battery cars," he said.

In Korea, there are 10 fuel cell charging stations, only one tenth of 100 in Japan, Hyundai said.

VW's Keogh on ID Buzz: 'The reaction’s been huge'

Hyundai previews Ioniq 5 crossover EV
Sponsored Content: Crisis as a catalyst for change: How M&A, partnerships and focused divestitures can create a competitive advantage in an evolving automotive ecosystem of traditional and nontraditional players