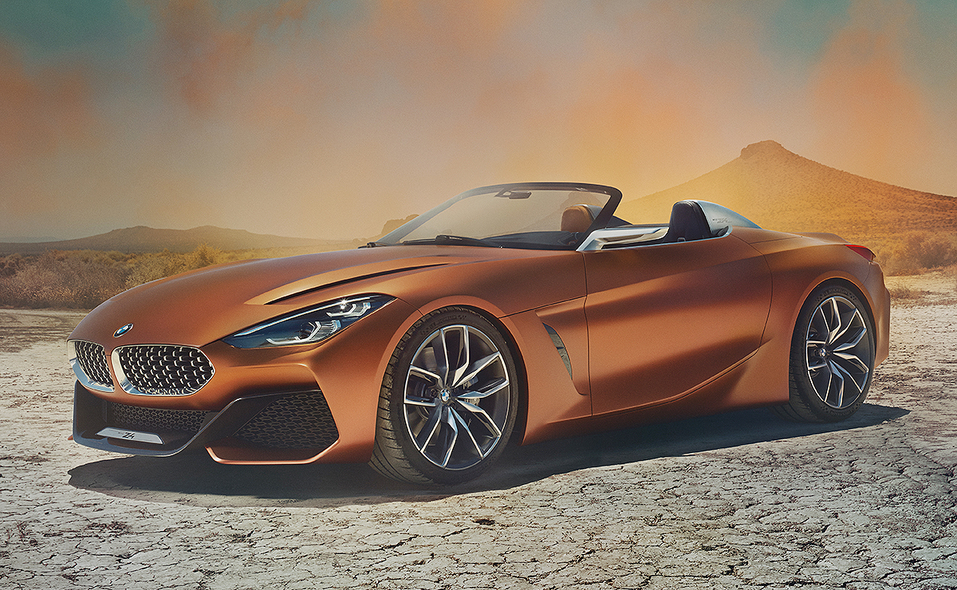 A shorter hood on the Z4 concept puts the driver closer to the car's center. 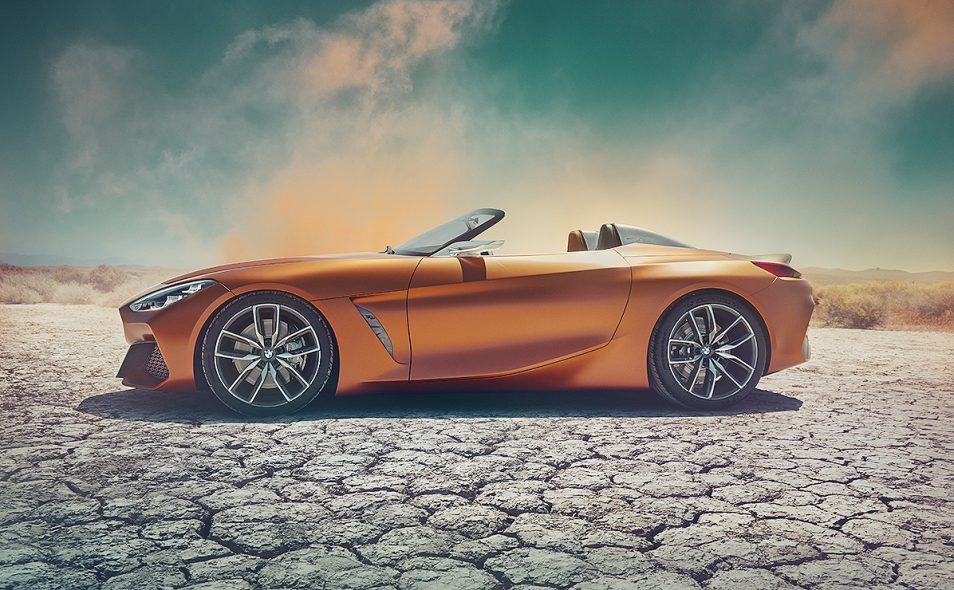 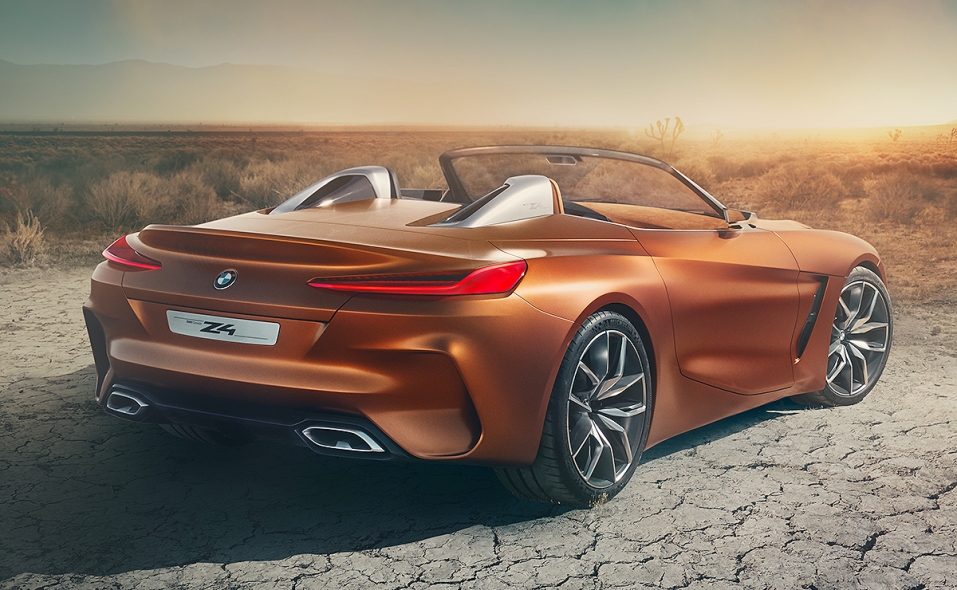 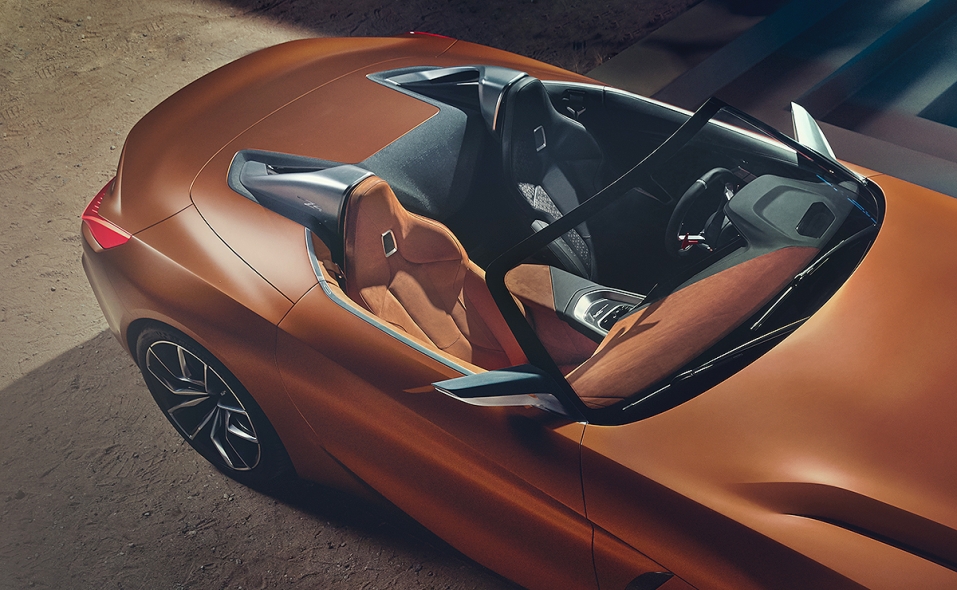 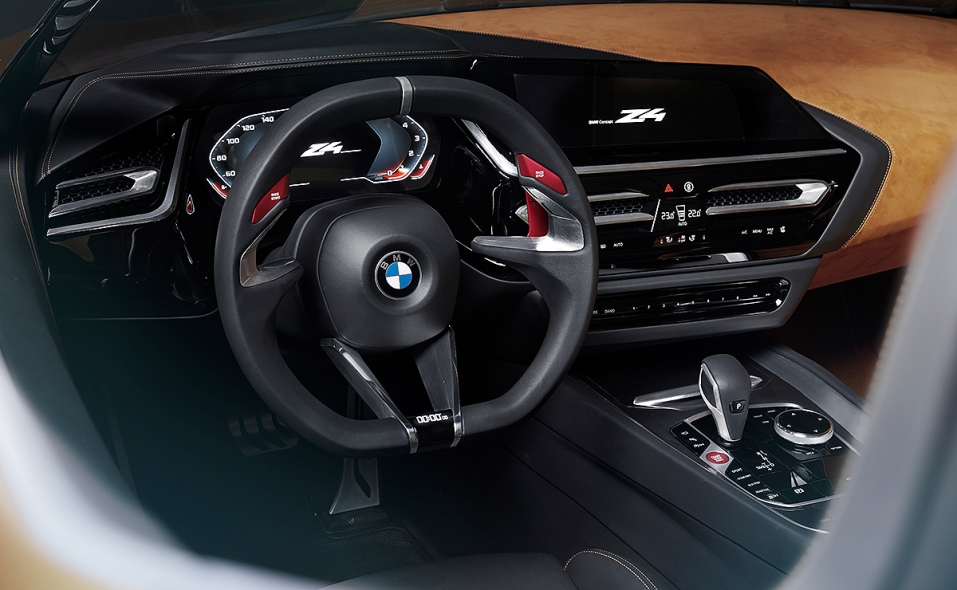 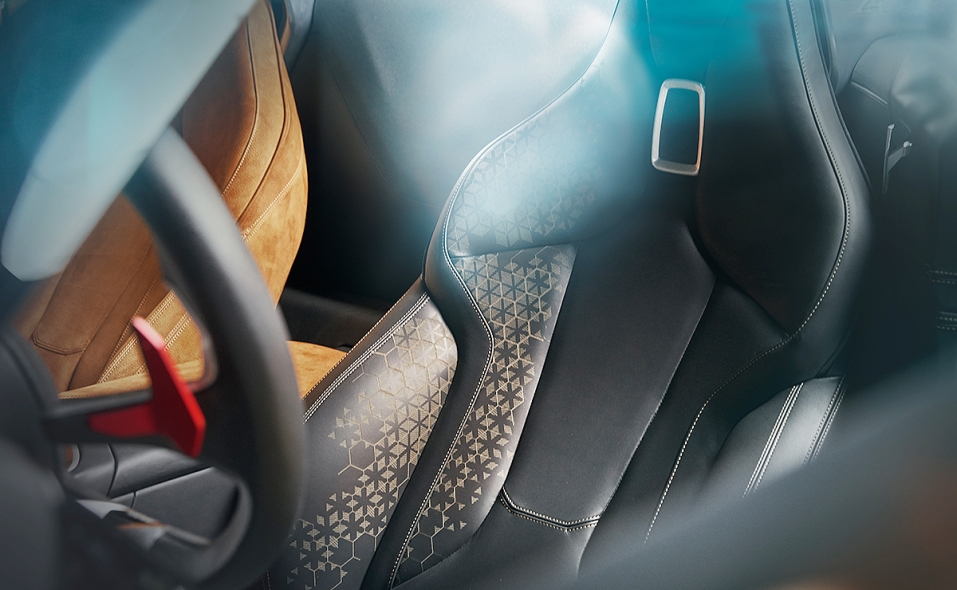 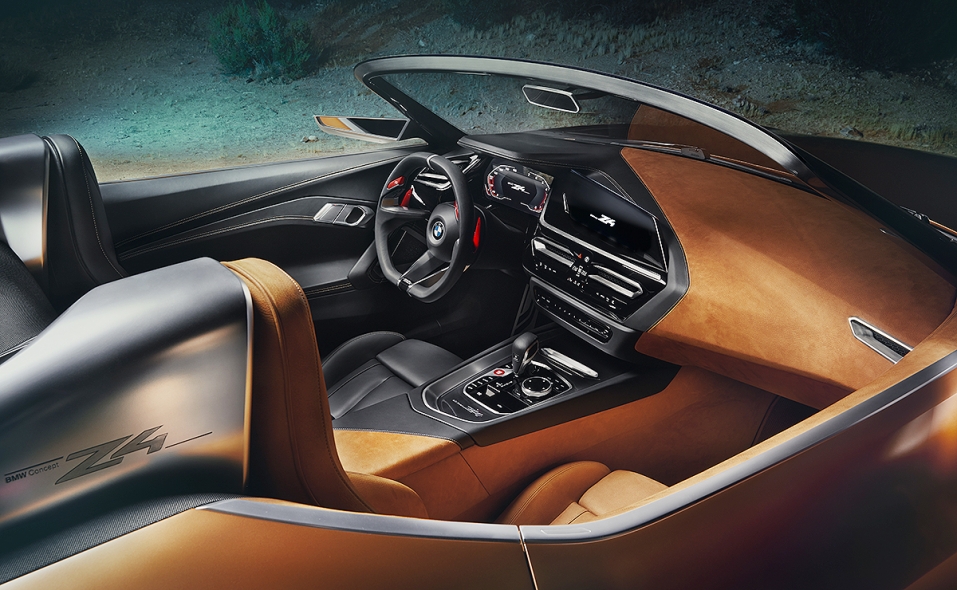 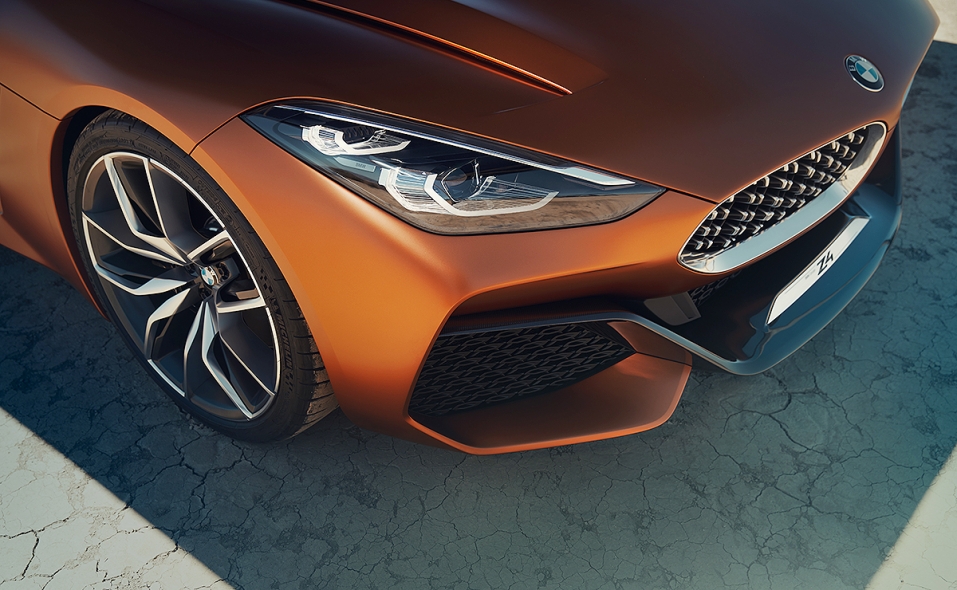 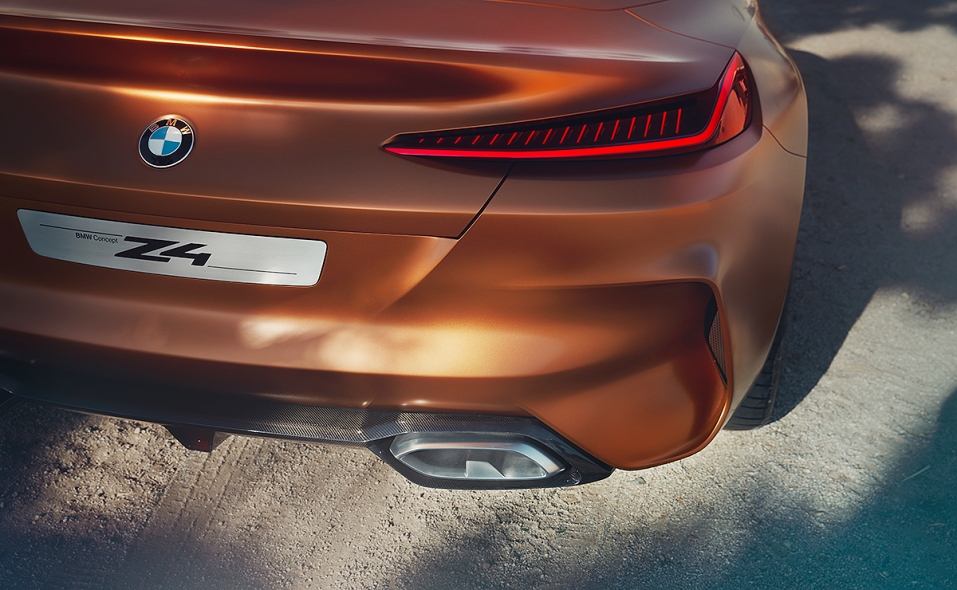 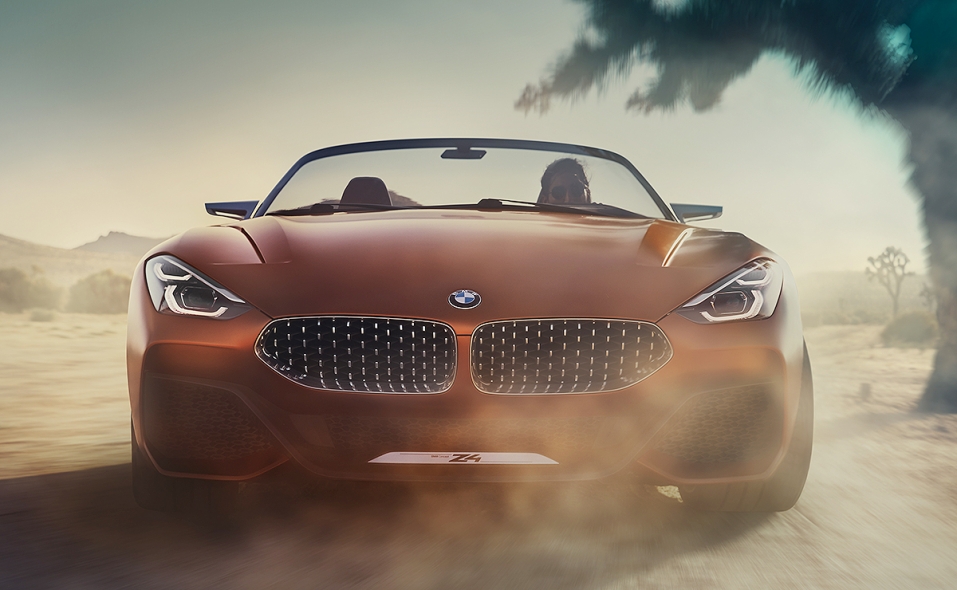 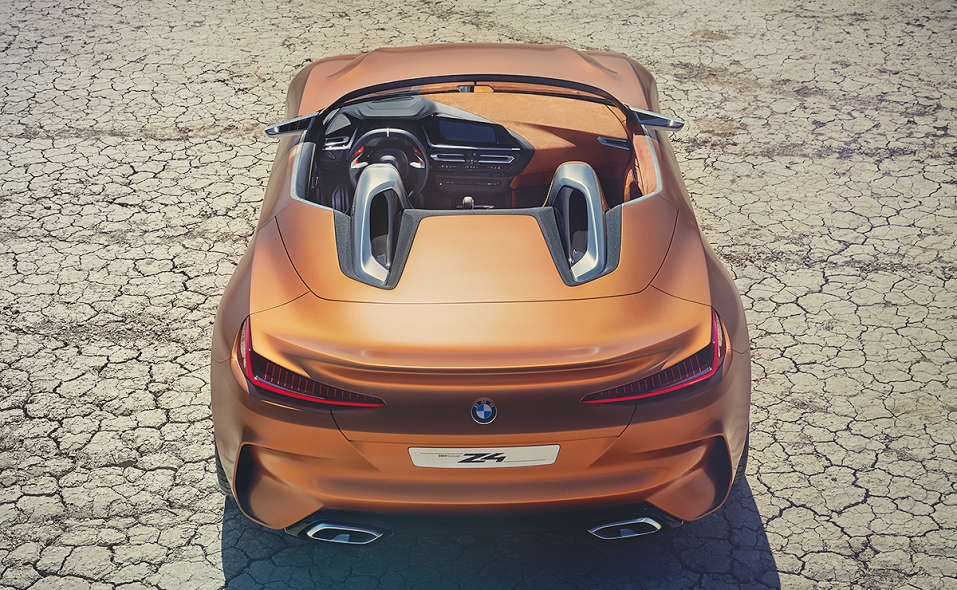 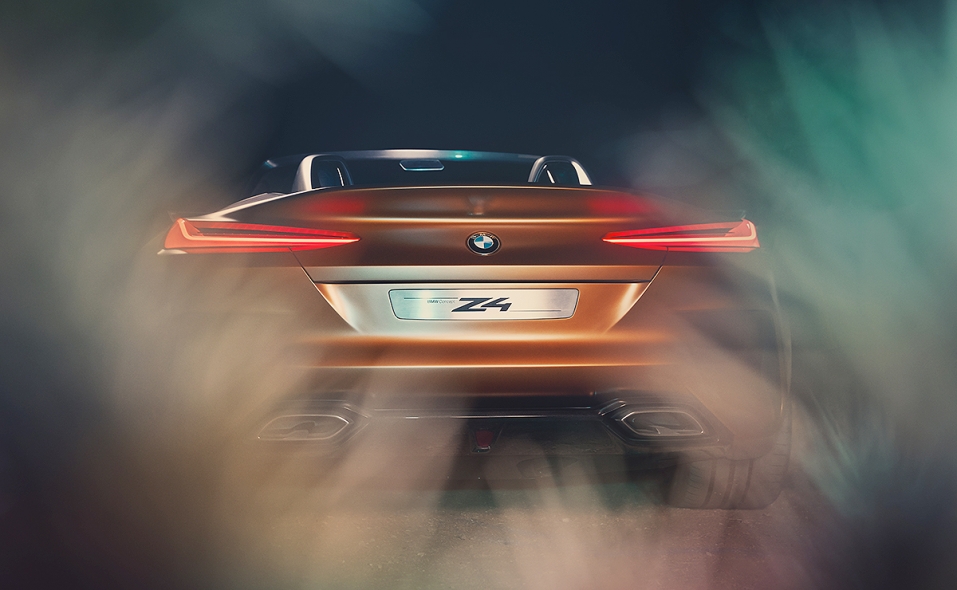 BMW Group on Thursday unveiled a long-awaited concept car that indicates the design direction for the next-generation Z4 roadster.

The Concept Z4, introduced during Monterey Car Week in Pebble Beach, Calif., is BMW's vision of a modern roadster. It is a preview of the production car that BMW says is set "to be revealed over the course of next year." The next-generation Z4 is expected to go on sale in the U.S. in the first half of 2019.

"Stripping the car back to the essentials allows the driver to experience all the ingredients of motoring pleasure with supreme directness," Hooydonk said in a statement. "This is total freedom on four wheels."

Compact, sporty cars are a small but bright spot in an overall U.S. car market that is expected to shrink for the fourth consecutive year in 2017. U.S. sales of small sporty cars, largely behind the Mazda MX-5 Miata and Fiat Spider, are up 9 percent this year while the overall car market has slumped 12 percent.

The last Z4 went out of production in August 2016. BMW is working with Toyota to jointly develop the Z4's replacement and a Toyota sports coupe speculated to be a revived Toyota Supra. The cars will use a new lightweight platform, and the next-generation Z4 is expected to grow in size.

The Concept Z4 has classic roadster design cues such as a long wheelbase, a low-slung and stretched silhouette and a compact rear end. But a shorter hood and "crisp" overhangs in the wedge-shaped concept put the driver closer to the center of the car than in previous BMW roadsters, the company says.

It also notes that juxtaposition of the low-set kidney grille and higher-up headlights makes for a deliberate association with the old BMW Z8. Instead of the customary bars, the inside of the kidney grille uses an elaborate mesh meant to recall the design of early BMW roadsters such as the BMW 328 Mille Miglia. The vehicle's interior is designed for a total focus on the driving experience. Display screens are integrated into the driver's cockpit, and all controls are grouped into what are called function islands.

There had been speculation that the Z4's successor would be named the Z5, but that will not happen. Whether the new car will include a manual transmission had been in question. But reports indicate that a manual will be offered, along with new four- and six-cylinder engines. A plug-in hybrid variant is possible. A fabric roof will replace the retractable hard top on the previous-generation Z4.