Tesla turns over the keys for first 30 Model 3s 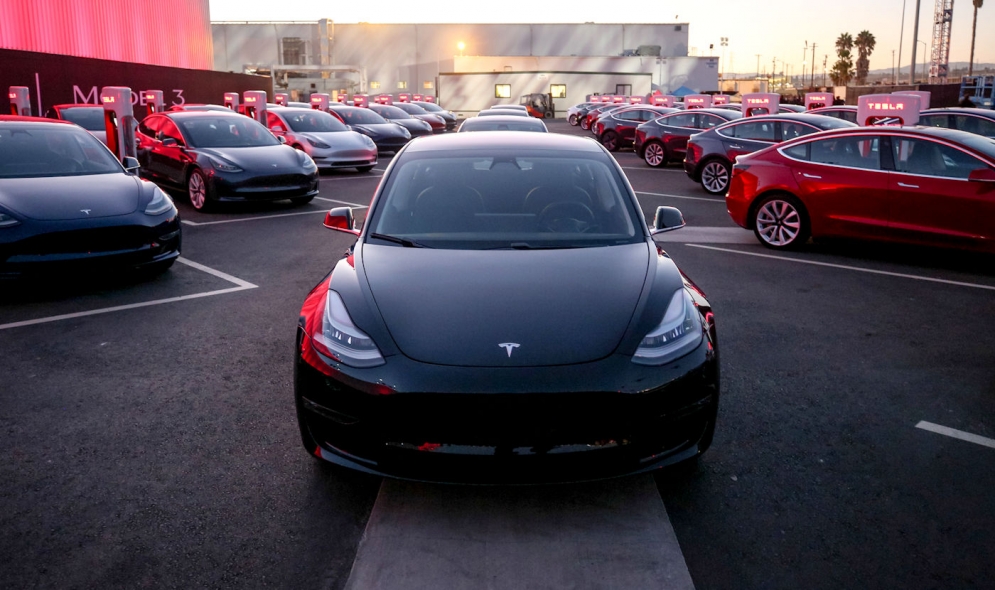 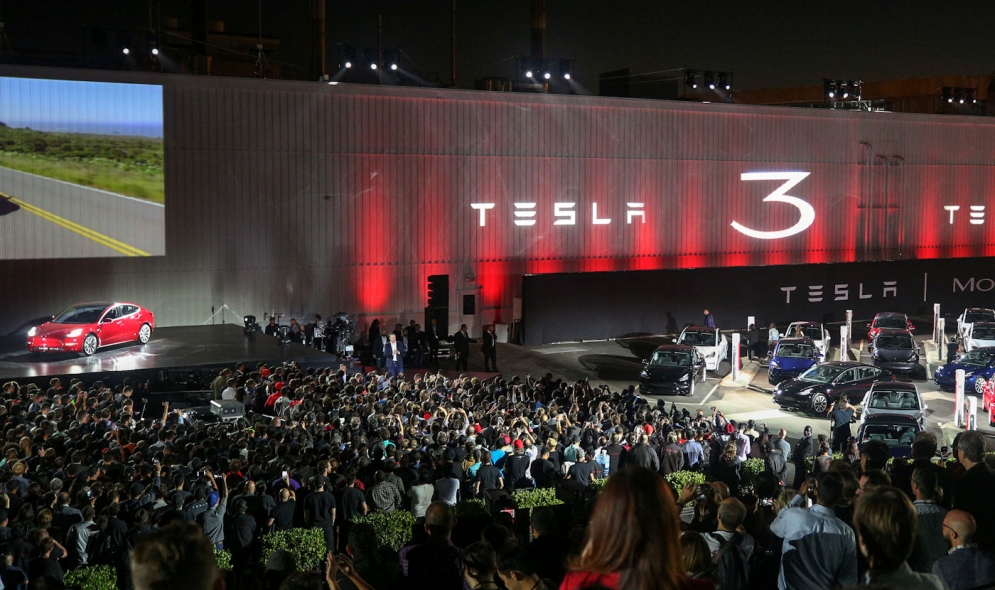 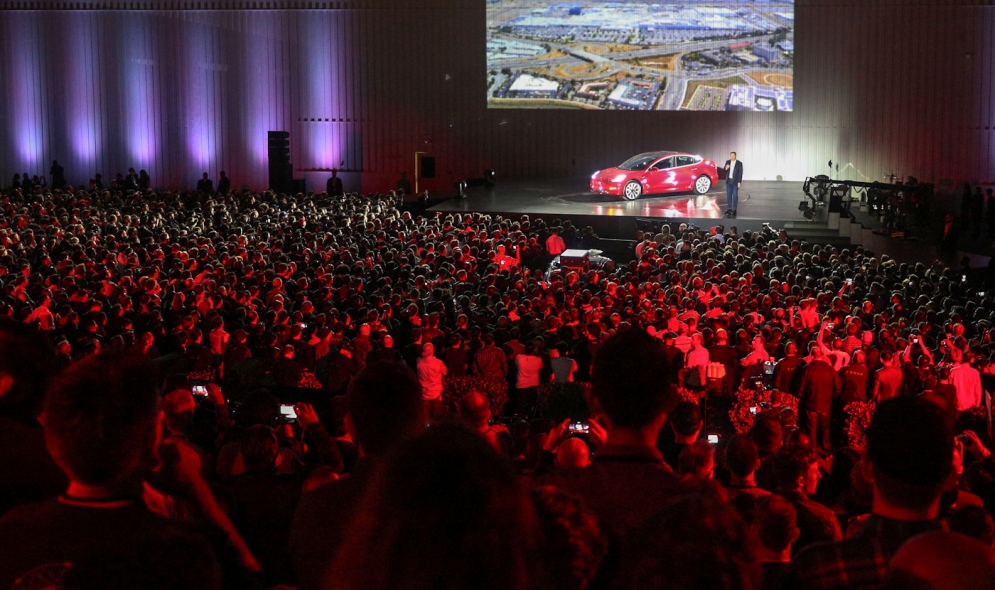 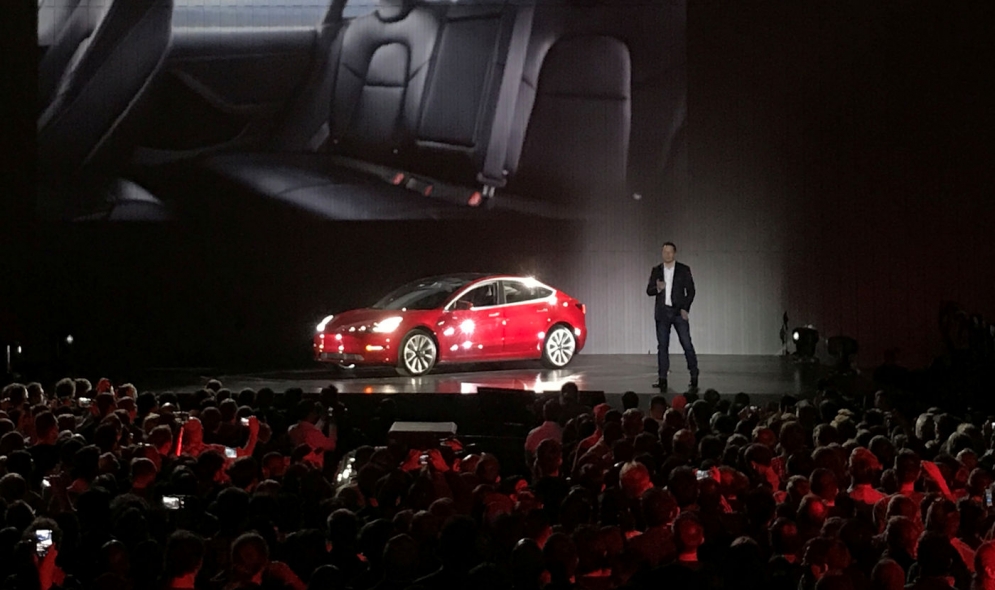 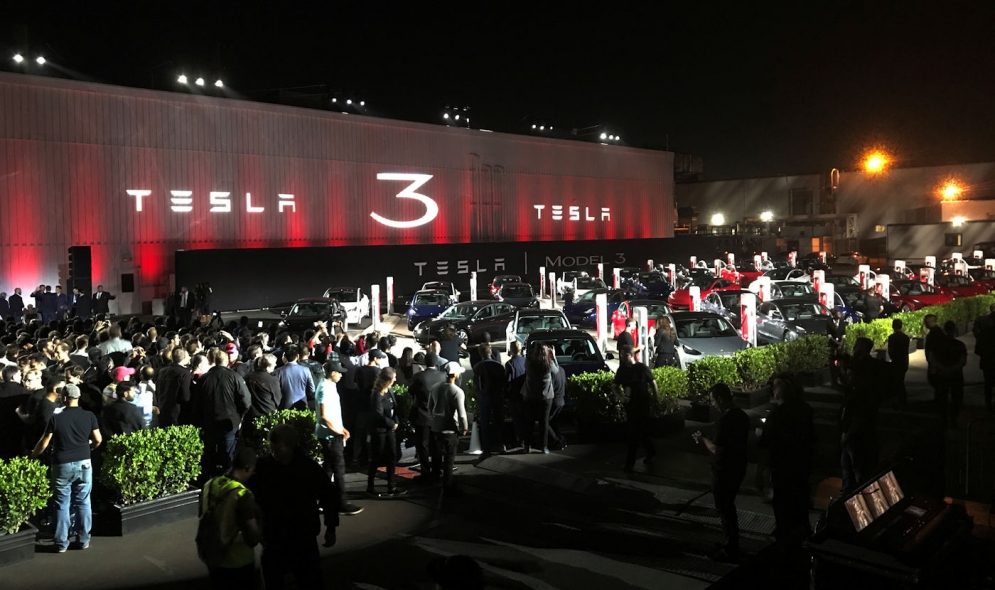 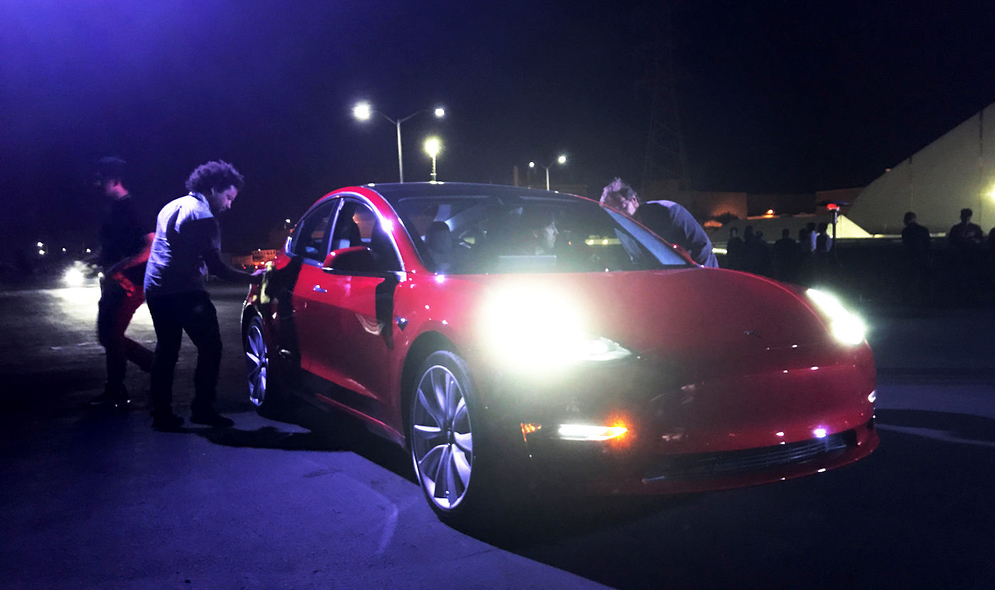 Tesla Inc. handed over the first 30 Model 3 sedans to employees Friday night at an event at its factory in Fremont, Calif. However, the $35,000 mainstream model the automaker has been promising won't be available until later this year.

The first wave of Model 3s feature the long-range battery, which adds $9,000 to the base price for 310 miles of range. The standard battery on the base model, which Tesla said will come this fall, will have a range of 220 miles.

Tesla CEO Elon Musk said the automaker will go through "manufacturing hell" to meet the ambitious production targets it has set. Tesla aims to produce 20,000 Model 3s a month in December, ramping up to 500,000 vehicles a year by 2018. In June, Musk told shareholders the Fremont plant was "bursting at the seams," though the automaker produced fewer than 84,000 vehicles last year.

There are more than 500,000 customers on the Model 3 waiting list, according to Musk, and he urged reservation holders to be patient as the automaker prepares to begin deliveries.

Along with the long-range battery, there is a list of features that can bump up the touted $35,000 sticker price. Any color other than black costs an additional $1,000 and 19-inch sport wheels come at $1,500.

Any new buyers would likely not receive their car until the end of 2018, Musk said.

Tesla faces major hurdles living up to the Model 3 hype. The 500,000 vehicles Tesla vows to produce next year are nearly six times its 2016 production.

Were Tesla to produce and sell 500,000 cars per year, the company would likely outsell the BMW, Mercedes, or Lexus brands in the United States.

Production delays and quality issues marred the launches of Tesla's Model S and Model X vehicles, and the company blamed production problems for a shortfall during the second quarter of this year.

Tesla has burned through over $2 billion in cash so far this year ahead of the launch.

A troubled Model 3 launch could heighten the risks for the company, while a steady delivery of Model 3s could generate a stream of cash that would allow Tesla to avoid going again to the capital markets to fund its operations.

Tesla's share price has surged 54 percent since January in anticipation of the Model 3 launch, and Tesla's pricey valuation now exceeds that of traditional rivals like General Motors and Ford Motor Co. The stock closed Friday at $335.07.

Until now, Tesla has operated as a niche producer of luxury electric vehicles, with a charismatic, showman CEO who regularly interacts with fans on his Twitter account.

Now loss-making Tesla is trying to move into a different league, building vehicles in high volume for customers able to pay only a few thousand dollars more than the average price of a conventional car or truck sold in the United States.

Reptiles scale back pace for Tesla plant in Germany