Fire at Chevrolet dealership near Detroit destroys about 30 vehicles 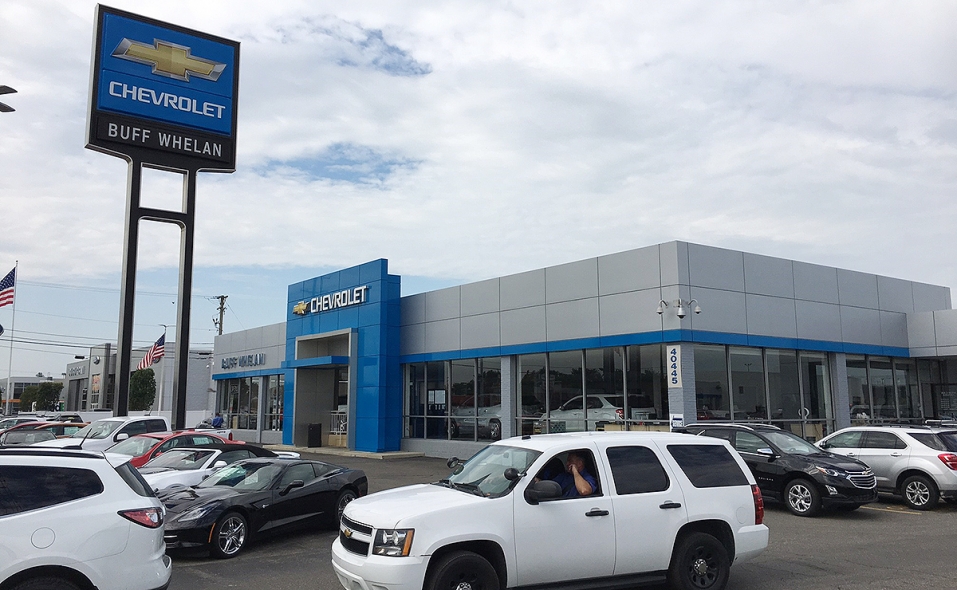 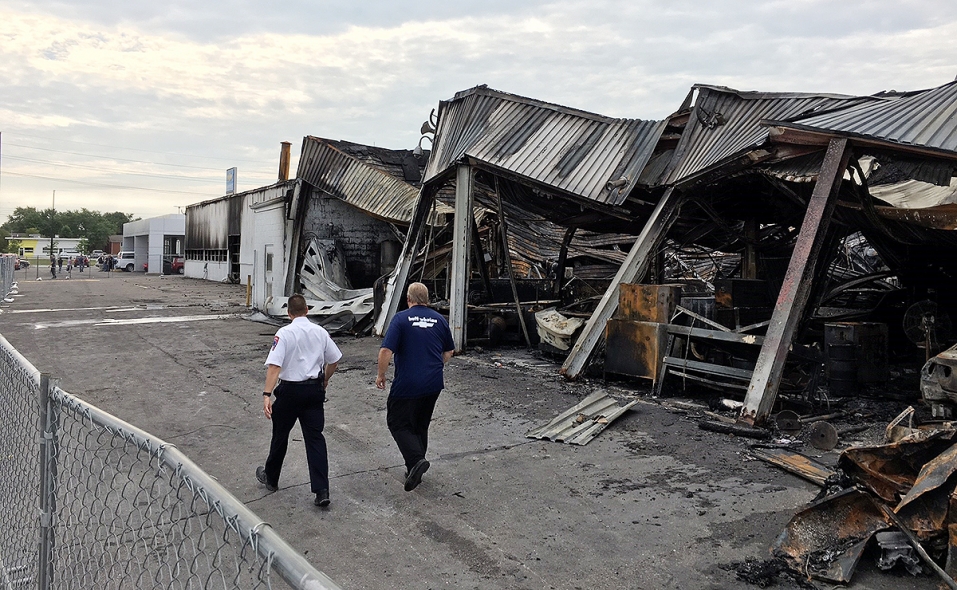 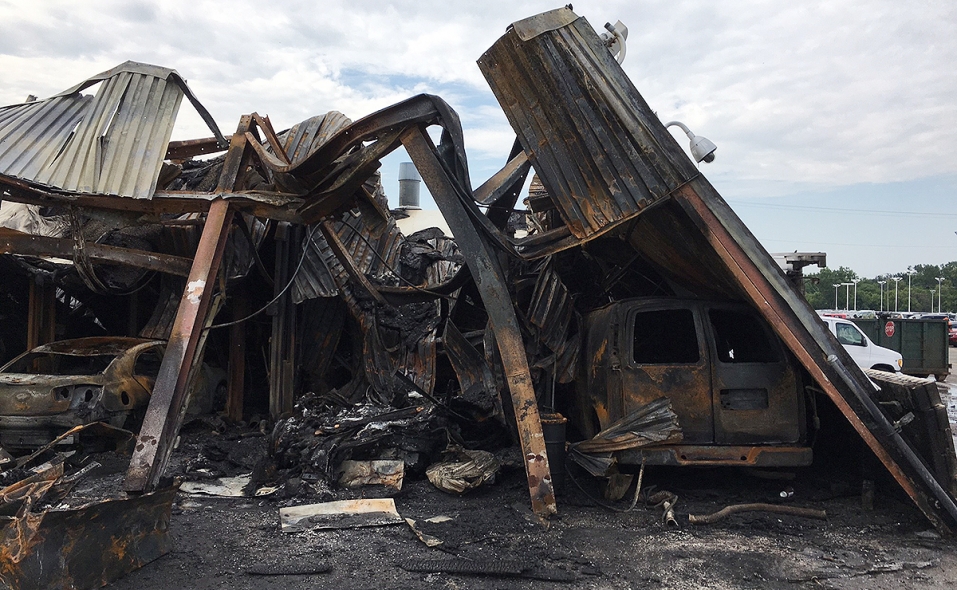 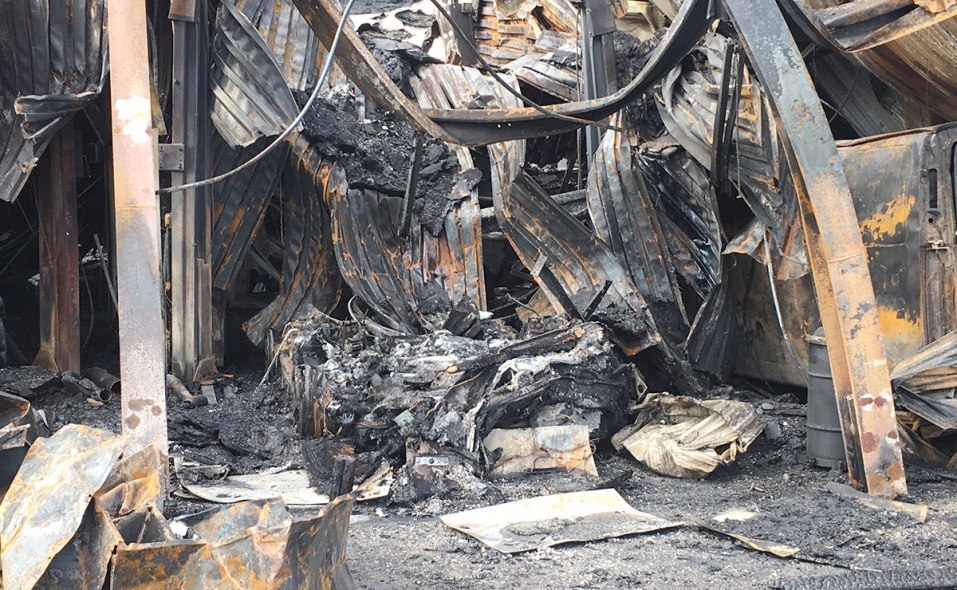 TOM WOROBEC
Remains of what was once a Chevrolet Corvette.
Share 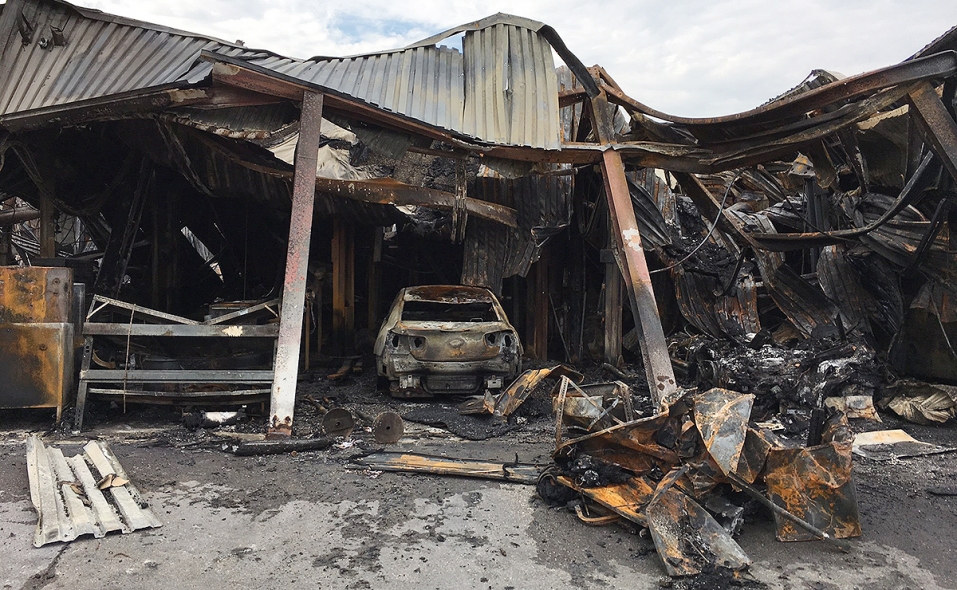 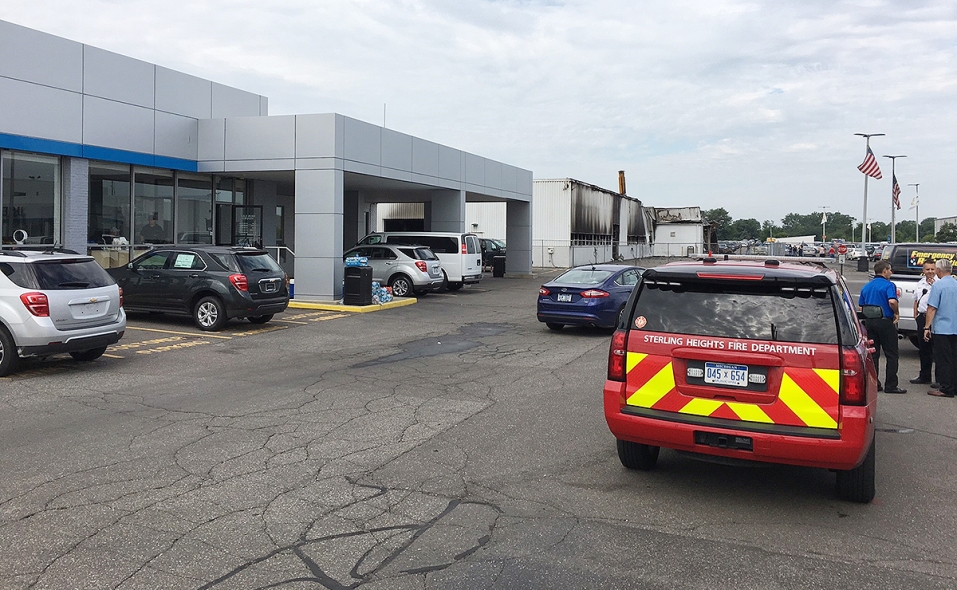 About 30 vehicles were destroyed in a blaze at a Chevrolet dealership in suburban Detroit on Tuesday night.

The fire broke out shortly after 7 p.m. when a janitor was cleaning in the service building at Buff Whelan Chevrolet in Sterling Heights, Mich., and spilled cleaning supplies, causing what the fire chief called a "big ball of flame to erupt."

No one was reported injured, fire officials said. The cost of the damage was unknown.

About 15 vehicles in the service building and 15 more outside were charred by the flames, said Sterling Heights Fire Chief Chris Martin.

When the fire crews arrived, they "realized they had a big problem on their hands," Martin said.

"The roof came down. The walls came down." Martin said. "We got a big mess on our hands right now."

Martin called for a fourth alarm after arriving at the scene, which summoned every community in Macomb County north of Detroit to help control the fire.

All damaged vehicles -- including a Corvette -- belonged to service customers. No new vehicles were affected.

Videos shared on social media websites showed residents watching while firefighters tore down the walls of the service building, and a dense ribbon of smoke rose into the sky. Witnesses said they could see smoke from miles away and heard many "popping" noises.

The pictures indicated that intense flames melted the inside of several vehicles.

The dealership is contacting owners of affected vehicles, the dealership said in a statement Wednesday morning.

"Our new and used car departments are still open and will carry on with business as usual," the statement said. "We have all the vehicle inventory anyone needs."

Chevy and other teams from General Motors have been in contact with the Buff Whelan dealership family since last night.

GM said late Wednesday it was helping to manage vehicle shipments and to restore service operations, among other things.

"We’re working with them to help take care of their customers and recover from the fire as quickly as possible," Chevrolet said in a statement.

The dealership is owned by Kerry Whelan. Her late father, Robert "Buff" Whelan, started the business in 1970, according to the dealership's website. At the time, he had purchased the former Engle Chevrolet in nearby Utica, Mich. He then bought 13 acres in Sterling Heights, where the dealership is currently located. He passed away in 2004. The dealership is an active advertiser in Detroit media, using the tagline "where the deals make the difference every day."

"We can't thank enough all of the firefighters and first responders who tirelessly worked throughout the night," Kerry Whelan said in a statement. "We would also like to thank our remarkable employees for their commitment and dedication, as well as the community for the outpouring of concern and support."

LMP to buy dealerships in Florida and Texas